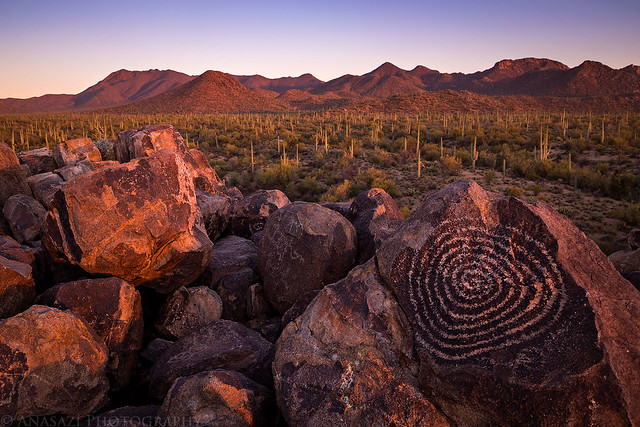 Petroglyphs on Signal Hill at sunset in Saguaro National Park.

After arriving in Tucson in the early afternoon we drove over Gates Pass and headed straight to Saguaro National Park. Temperatures in the southwest had been very warm for the past couple of days (more than usual for this time of the year) and it was around 90 degrees out already. We found that the park was busy and packed full of people when we arrived at the Visitor Center. Diane picked up a new magnet for her collection and then we went for a scenic drive on the Bajada Loop Road. At this time the park was just too crowded for our tastes, so we left and headed back into town for a few hours. We had an early dinner, checked into our hotel and went for a swim in the pool. It was a good decision, because when we returned to the park later, not only was it a lot less crowded, but the temperature had cooled off just a little bit, too.

On our way back to Saguaro National Park, we stopped near Gates Pass for this view of Bushmaster Peak. 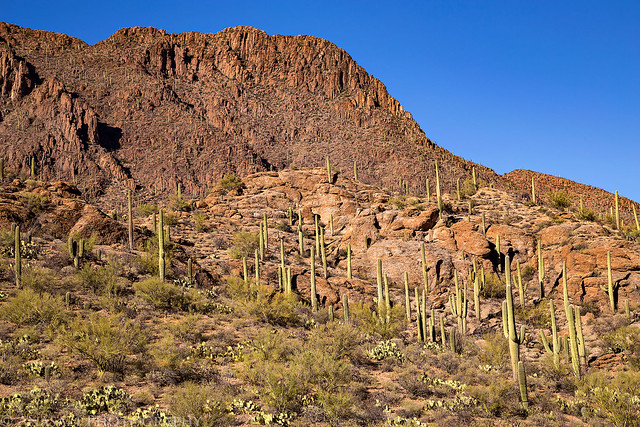 This is another view of a different peak from the other side of Gates Pass. 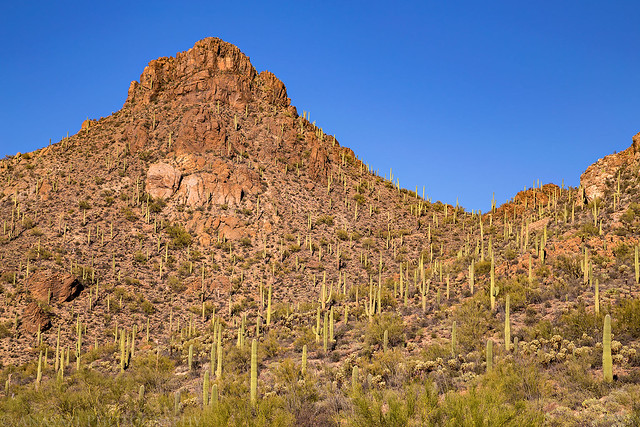 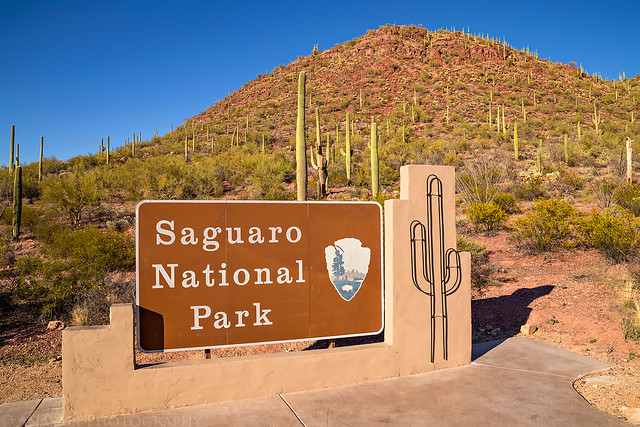 Driving through a forest of saguaros. 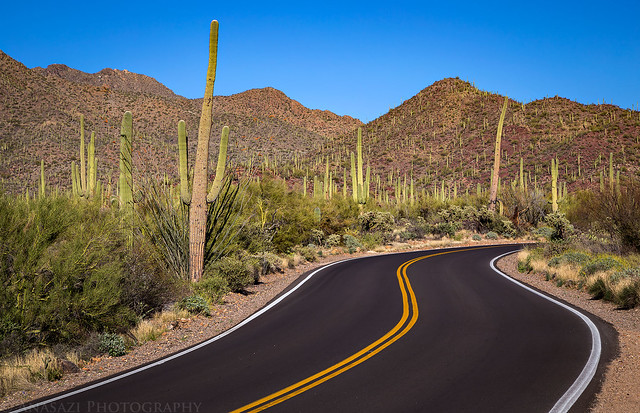 I was pretty happy to finally see some saguaros in person. 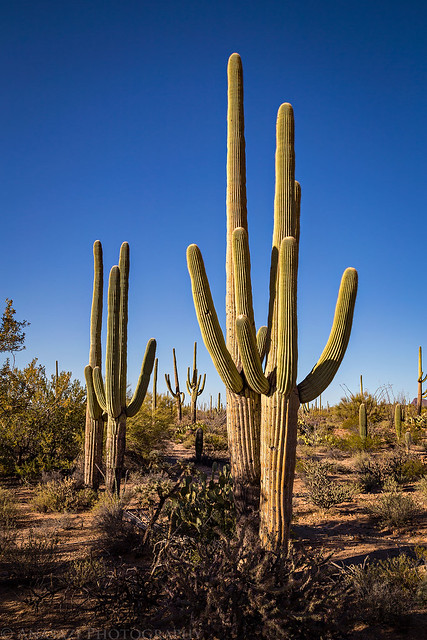 After stopping at a few of the pull-outs along the road in the park, we took the Golden Gate Road out towards Wasson Peak and then returned to the Signal Hill Picnic Area. We went for a short hike along the Cactus Wren trail and finished the day watching the sunset over the petroglyphs on Signal Hill. It was a great evening in the park!

The view of Wasson Peak over my Jeep on Golden Gate Road. 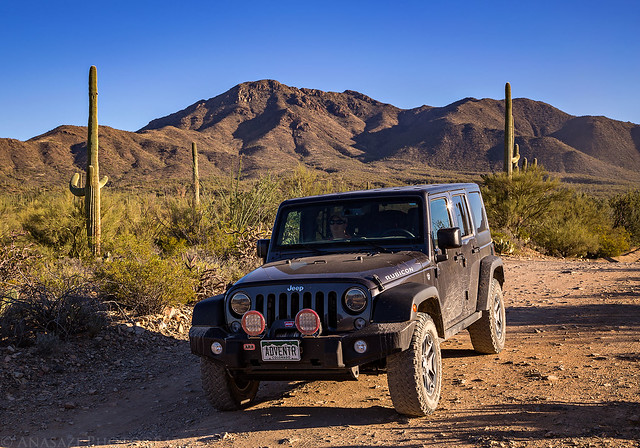 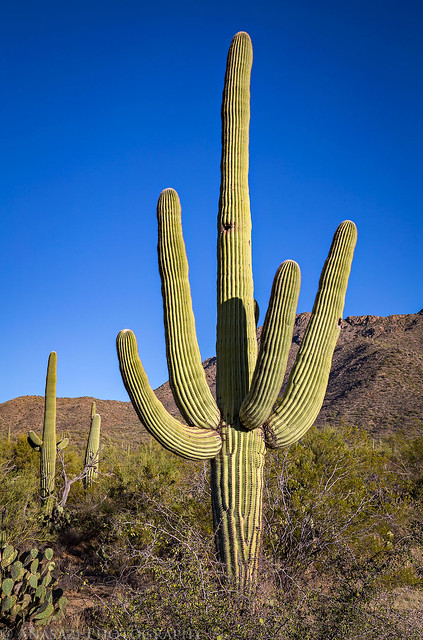 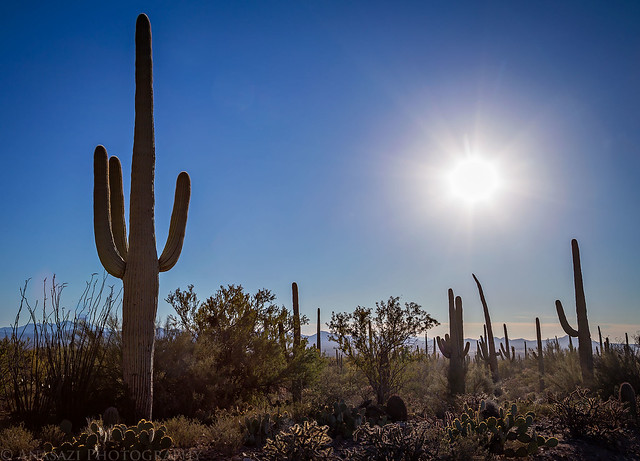 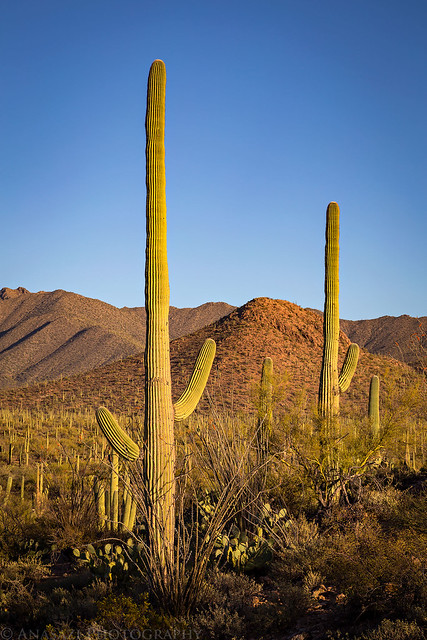 Diane takes in the view along the Cactus Wren Trail. 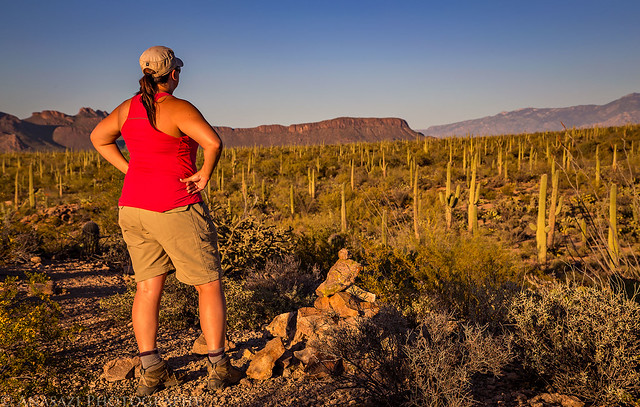 A few petroglyphs on Signal Hill just before sunset. 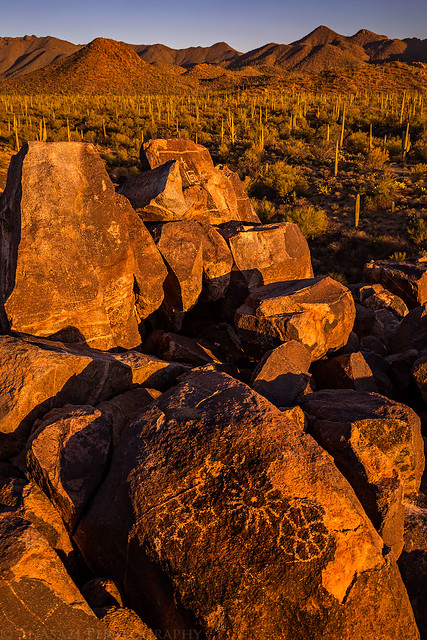 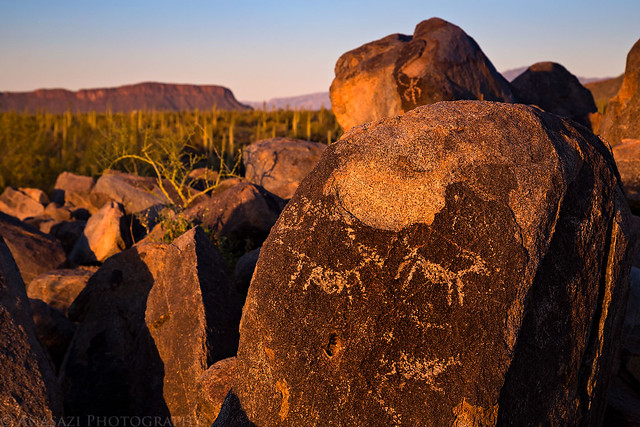 Photographing this spiral petroglyph at sunset with the saguaros and Tucson Mountains in the background was high on my list of things to do on our honeymoon. I’m glad we had the opportunity to make it happen! 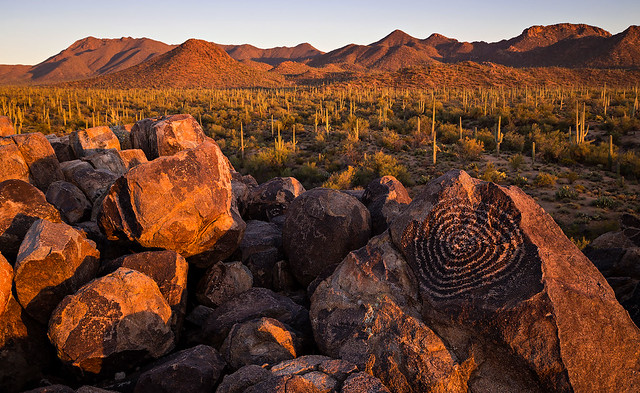 Hiking back down from Signal Hill. 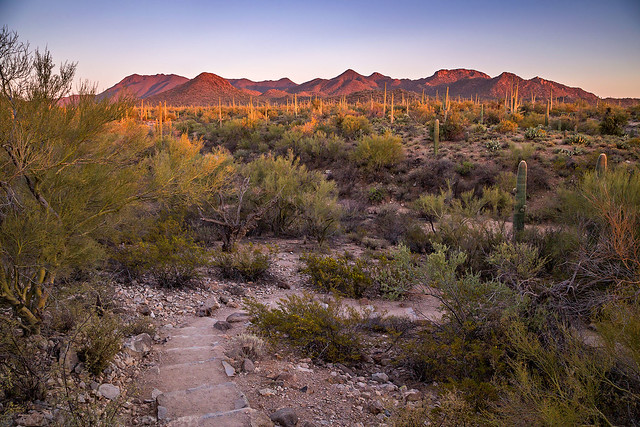 My Jeep in the parking lot at dusk. 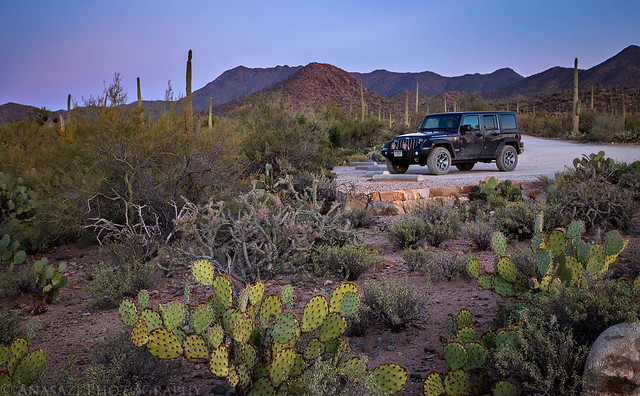