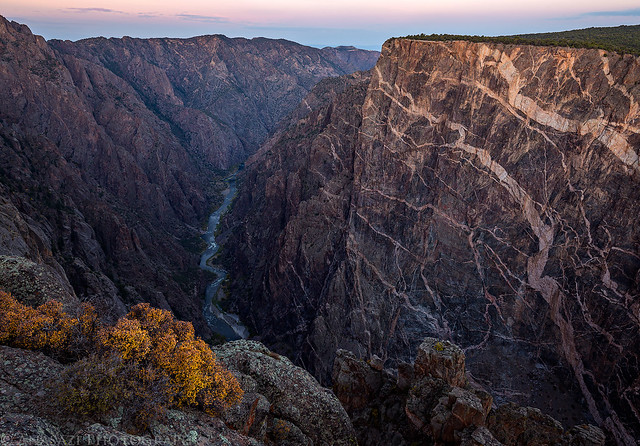 The Painted Wall and the Gunnison River shortly before sunrise.

A touch of alpenglow on The Painted Wall shortly after arriving at the overlook. 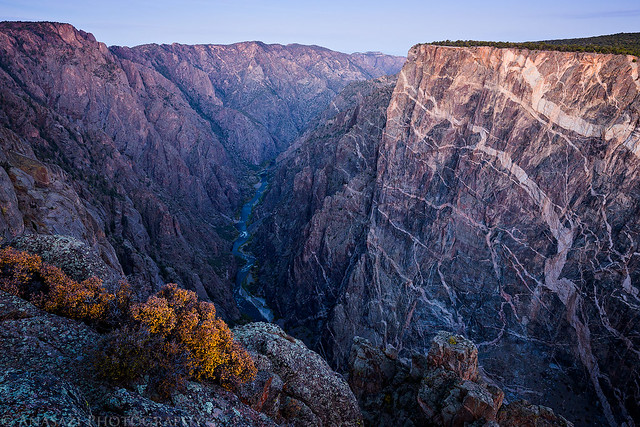 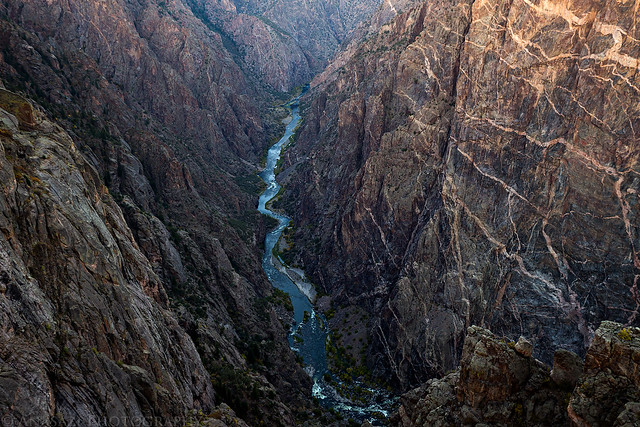 Sunlight touches the rim of The Black Canyon. 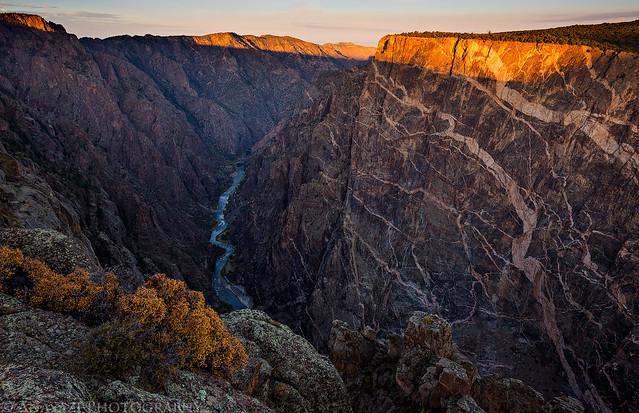 Hiking the trail out to Warner Point. 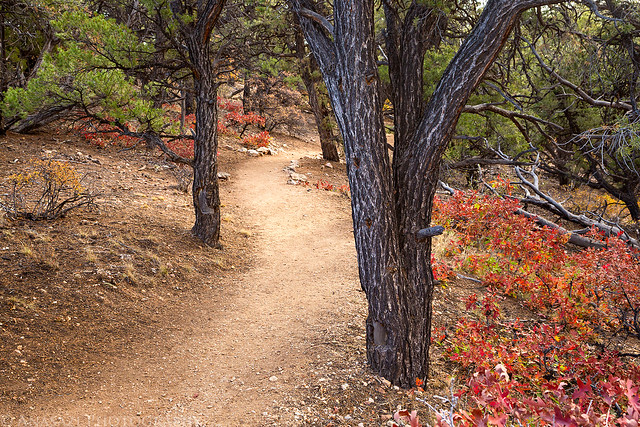 The beginning of the Warner Route that takes you down into the wilderness and the bottom of the canyon. I might have to give this hike a try one day. 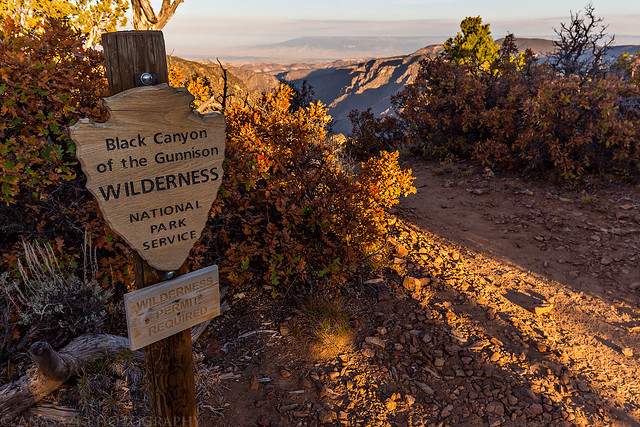 The view down the canyon from Warner Point towards the Grand Mesa. We could just barely see the end of Red Rock Canyon which Diane and I visited last year. 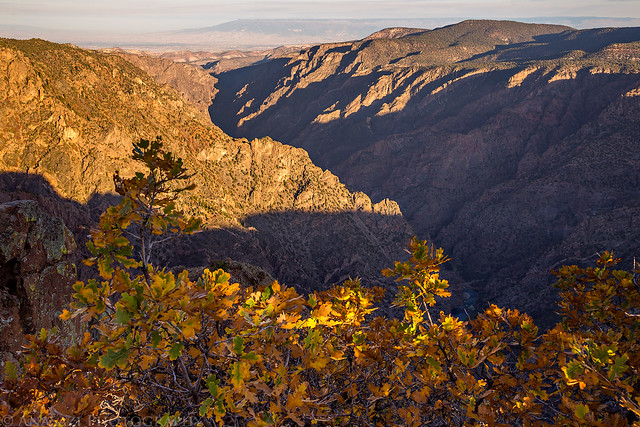 A storm front moves in over the Uncompahgre Valley as we hiked back. 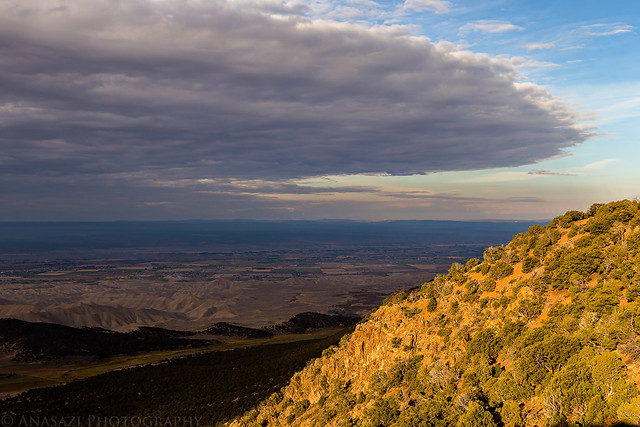 There was a nice view of the Sneffels Range over Bostwick Park, too. 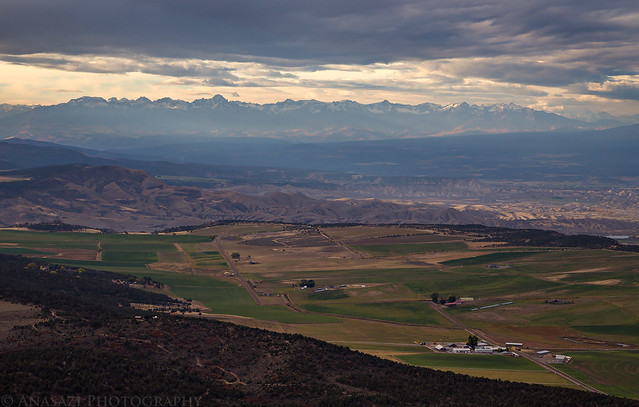 A little light broke through the clouds and into the canyon while I was at Dragon Point. 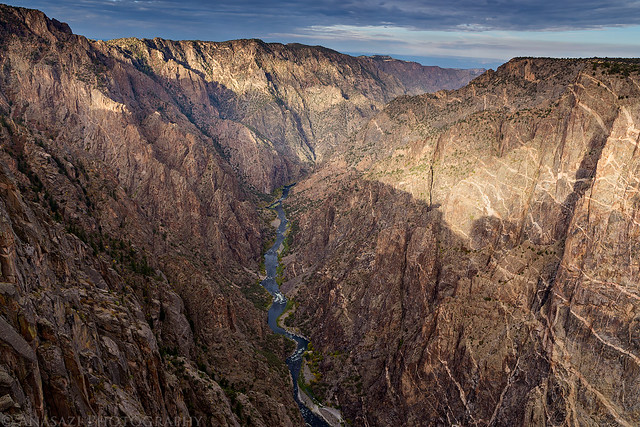 The Gunnison River from Dragon Point. 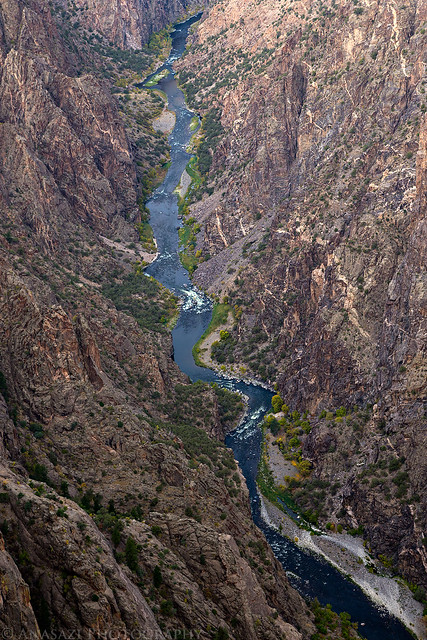 A juniper tree that caught my eye as I hike back from Dragon Point. 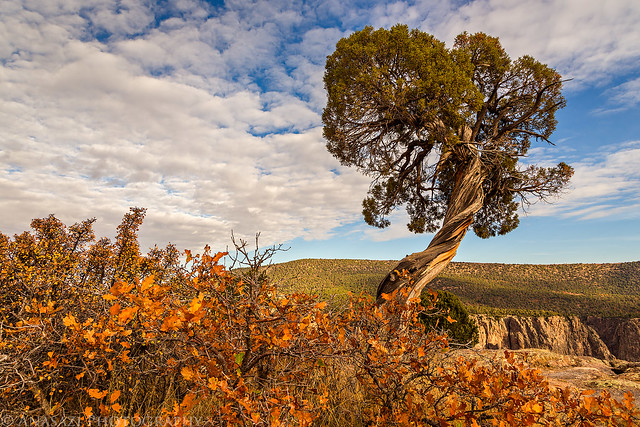 Light briefly strikes The Painted Wall with dark clouds above. 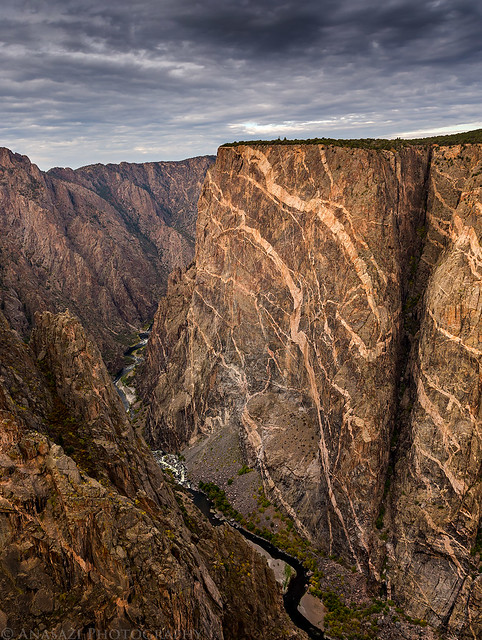 A closeup of the streaks that give The Painted Wall it’s name. 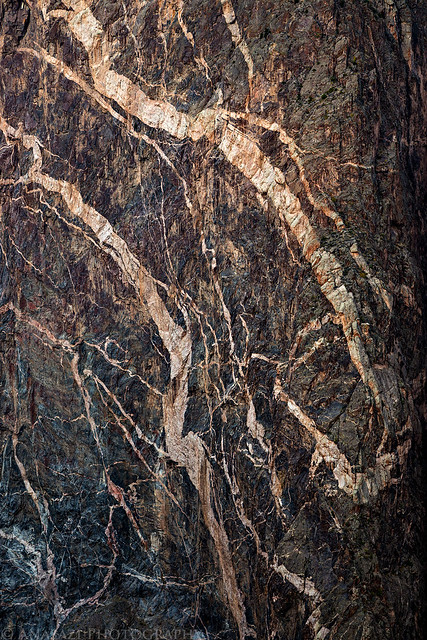 The Gunnison River below The Painted Wall. 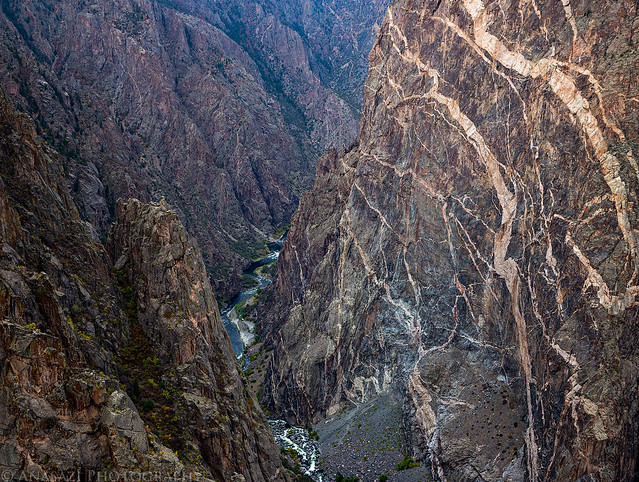 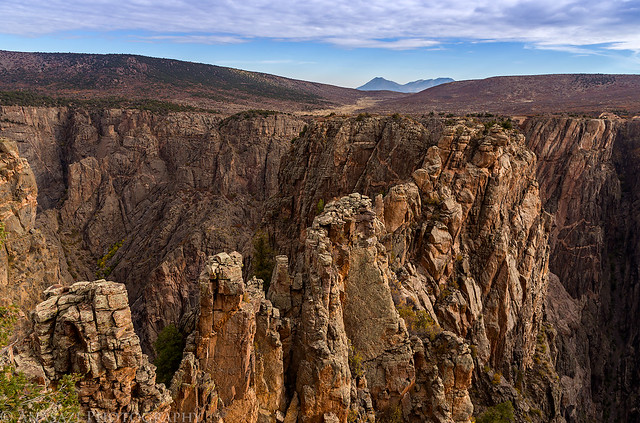 Hiking back from Rock Point. 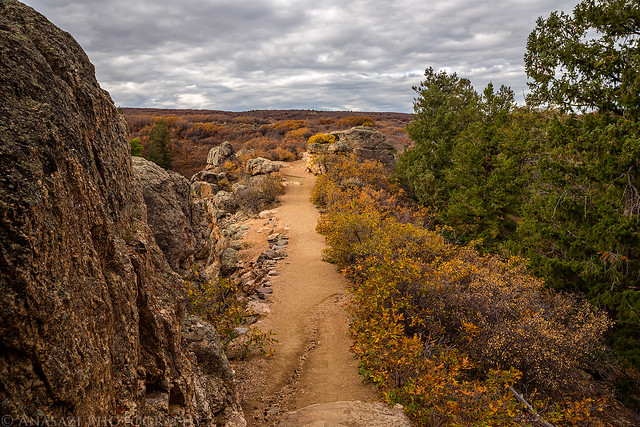 Here are two photos of the fall colors we found beside the Gunnison River while driving the East Portal Road. 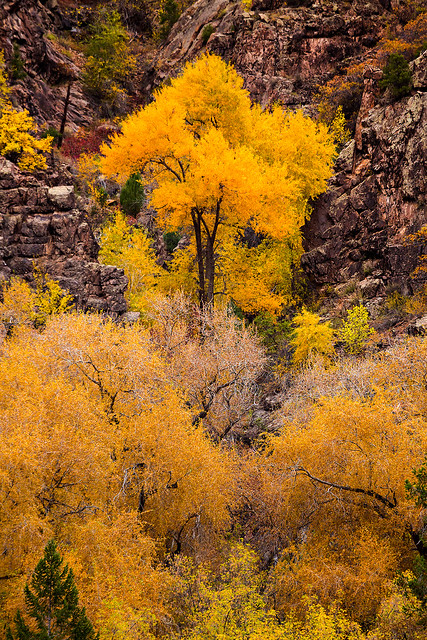 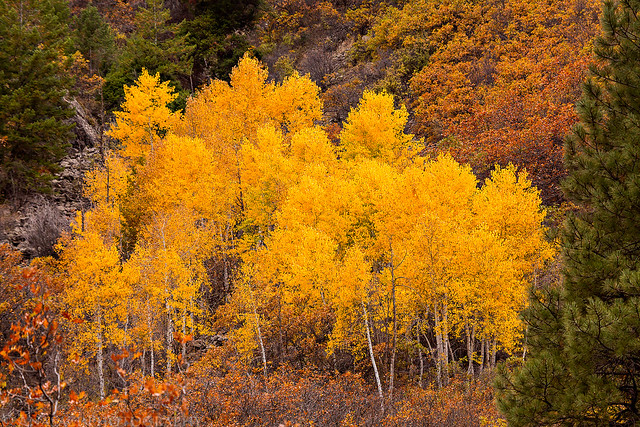