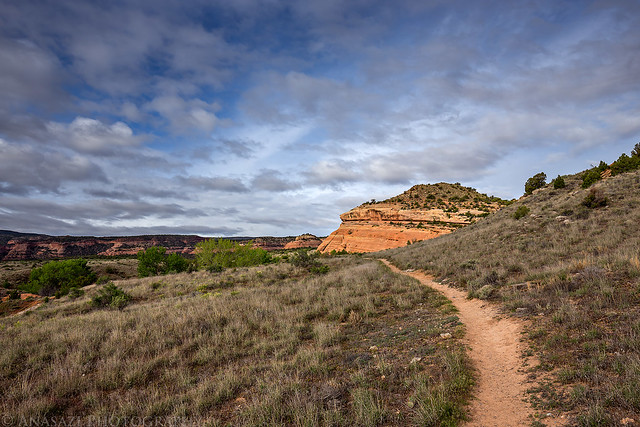 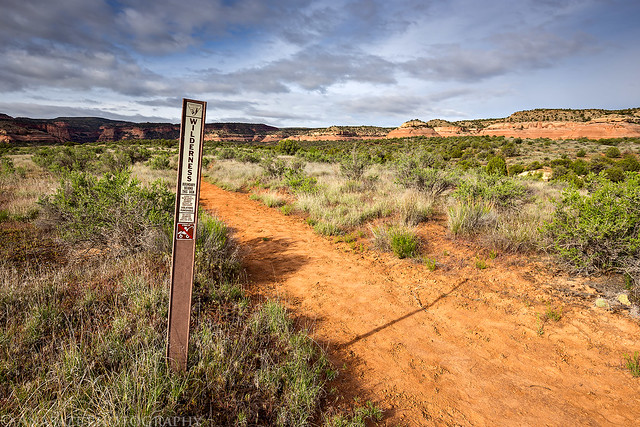 Hiking along the base of the Pollock Bench cliffs. 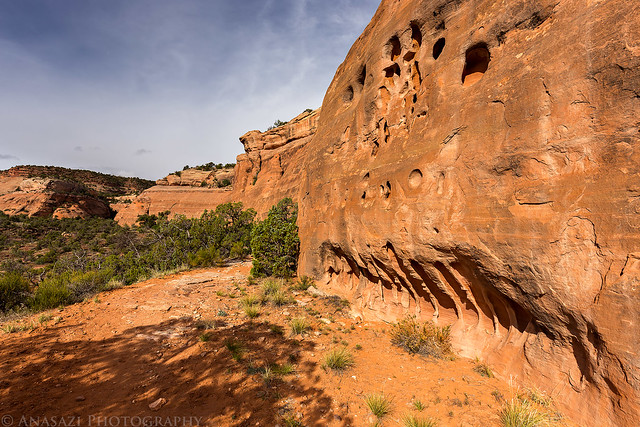 A cool balanced rock on the edge of the Pollok Bench as I climbed to the pass that separates Flume Creek Canyon and Pollock Canyon. 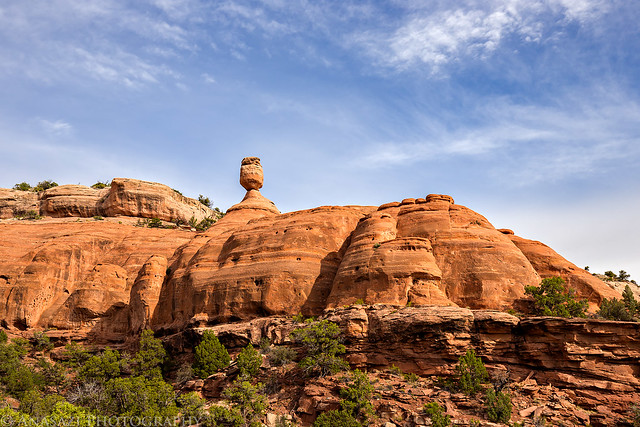 The trail up to the pass. 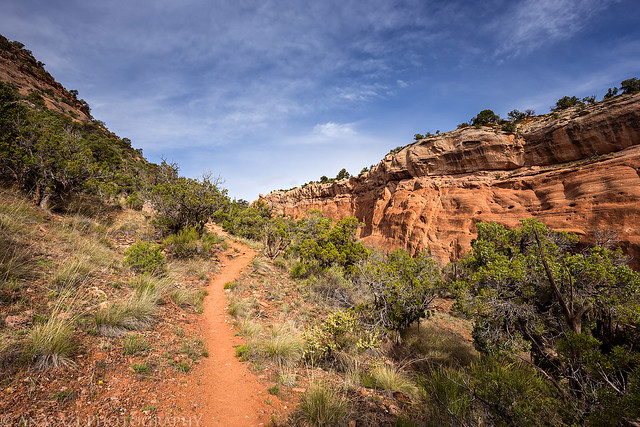 After hiking a short way into upper Pollock Canyon I scrambled up to Liberty Bell Arch for an up close look. This is a cool arch since it stands alone on the edge of the cliff above the wash. I took this photo underneath the arch with my wide-angle lens looking up the canyon. 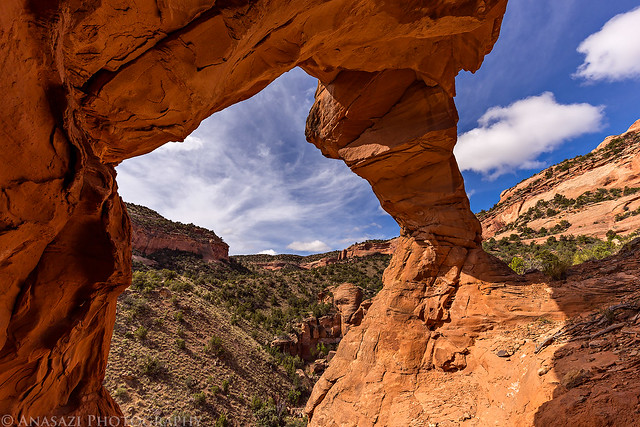 Another view of the arch from up near it. 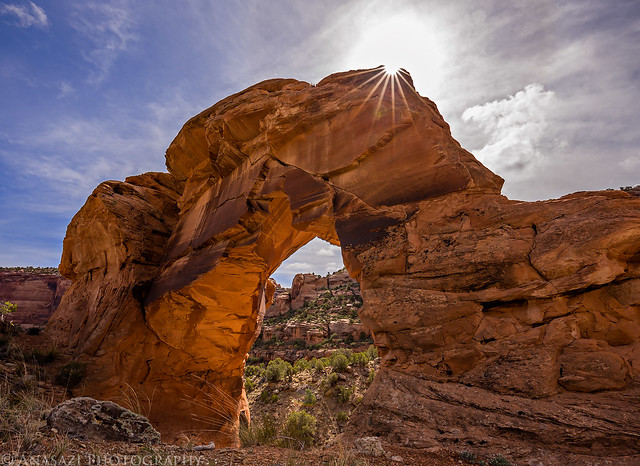 After checking out the arch from up-close, I hiked around to the other side of the wash for a different view. This photo shows better how it sits at the edge of the cliff above the wash. 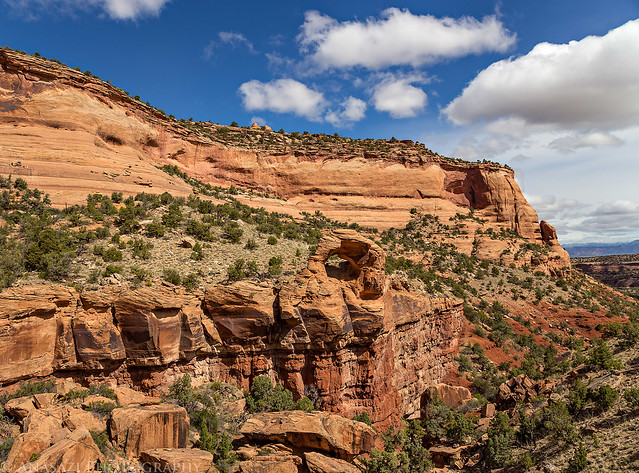 Then I climbed down the steep slope into the wash for a view from below the arch looking up. 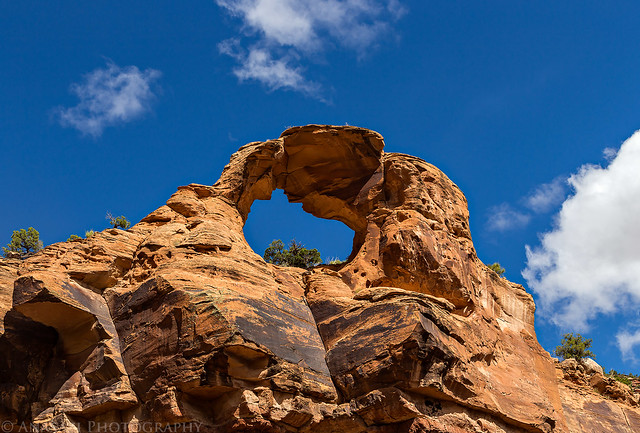 Nice clouds above as I hiked back down Pollock Canyon. The higher Book Cliffs across the valley had a little snow on them from the recent storm. 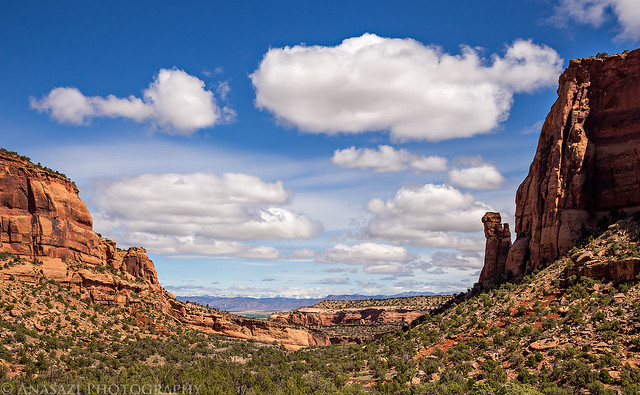 After hiking down-canyon a little way I had a nice view of the Pollock Windows high above the canyon floor in the ridge that separates the East and West Forks of Pollock Canyon. 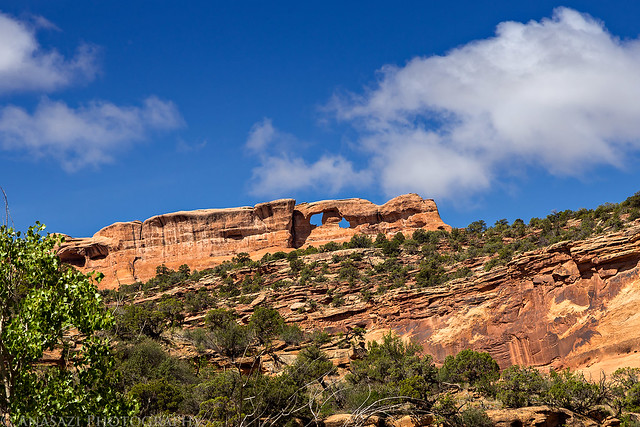 Before leaving the canyon, I made sure to stop at the remains of a stone cabin nearby that Steve had also mentioned to me. 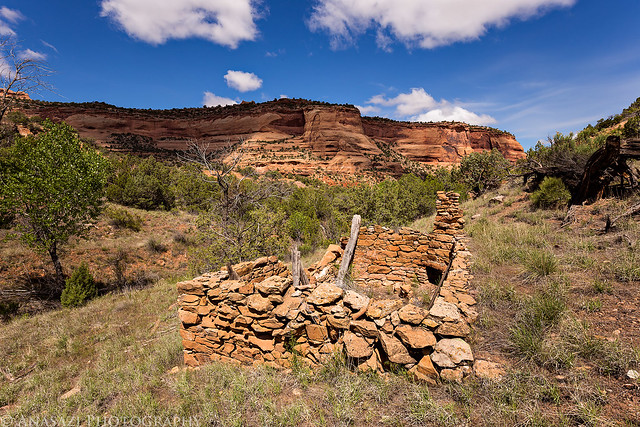 A closer look at the chimney inside. 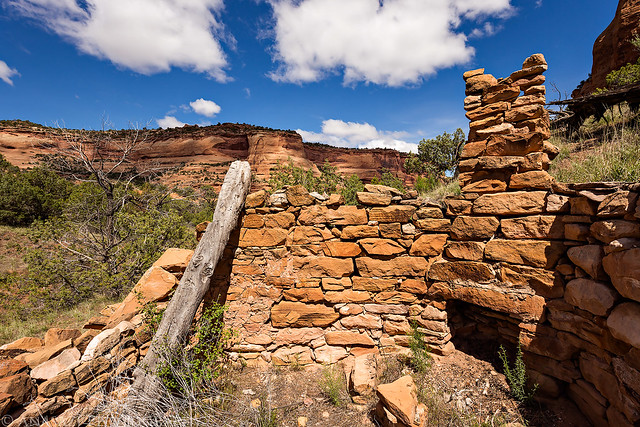 I decided to head back the same way I had come. This view is looking across the East Fork of Pollock Canyon from where I climbed back out. There is supposed to be a way into the West Fork somewhere in the gap on the left. Something else to explore another day… 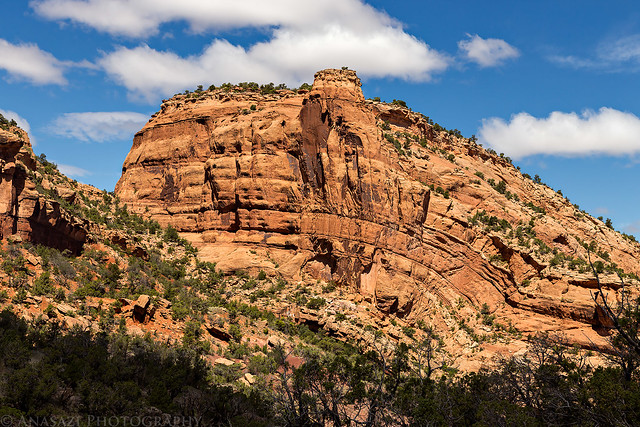 An old fenceline at the top of the canyon. 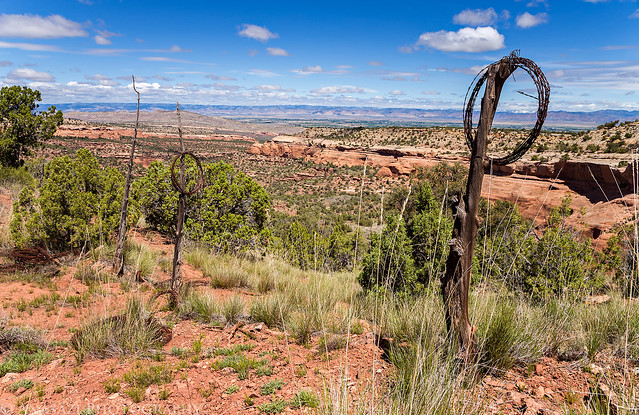 One last view of the balanced rock on my way back to the trailhead. 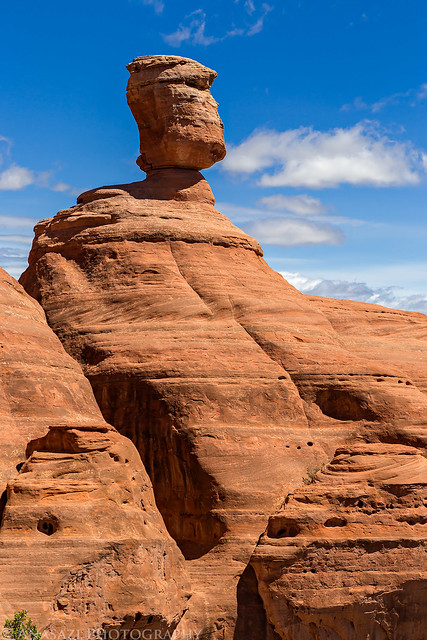 I have included a map and GPS track of my hike to Liberty Bell Arch. There is a trail most of the way, but once you cross the wash in upper Pollock Canyon the trail disappears and you are on your own. I followed the wash where possible to avoid the abundant cryptobiotic soil in the area.