While not as impressive as the Lower Calf Creek Falls, this waterfall is still located in a beautiful setting. I bet it looks even better in the spring when it’s flowing more. 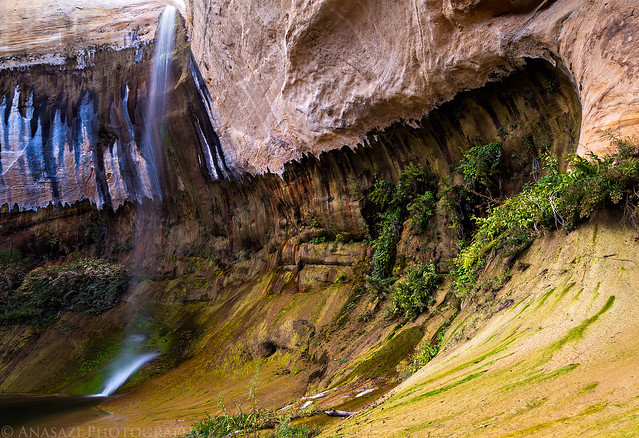 A nice pool above the main waterfall with it’s own smaller waterfall. 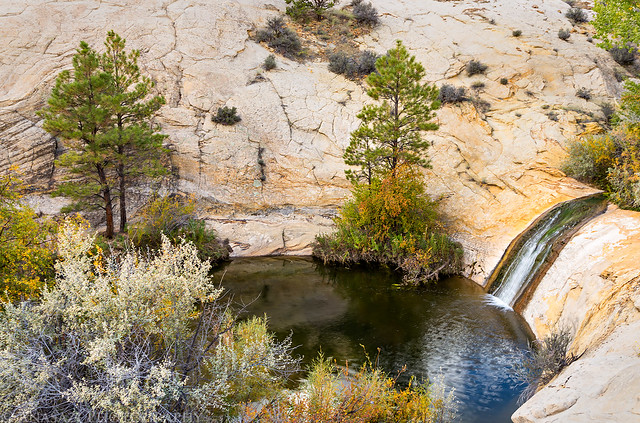 A lone tree that caught my eye as we explored the area. 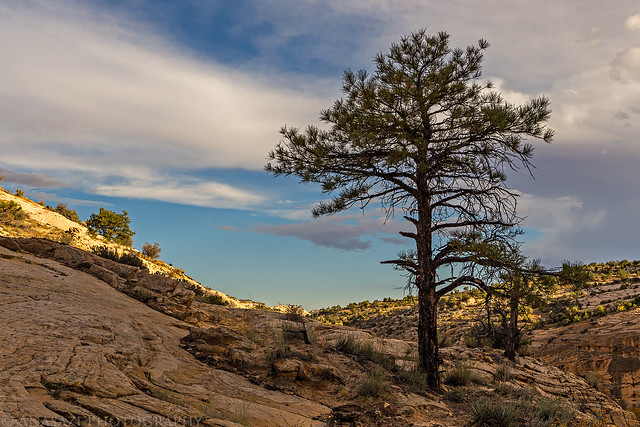 Clouds reflected in a pool of water just above the upper falls. 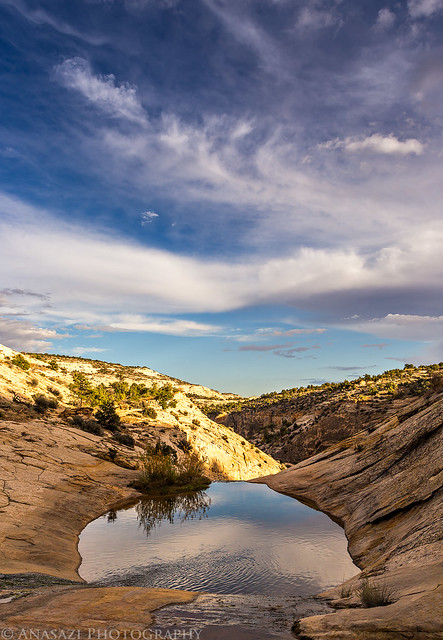 Nice clouds moved into the sky as we hiked back to the trailhead on top of New Home Bench. 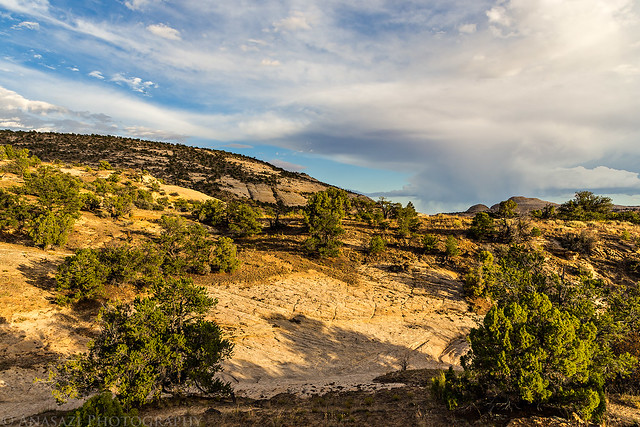 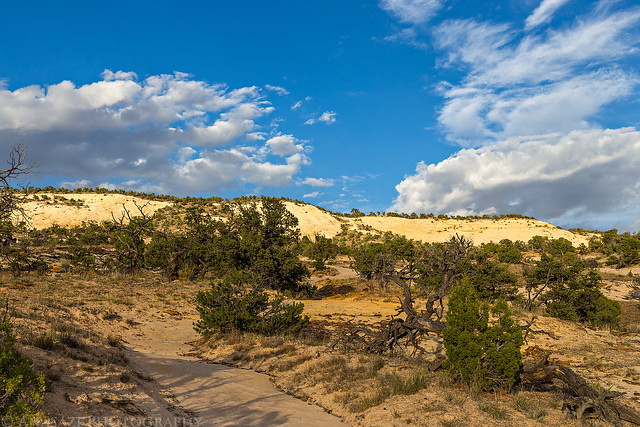 After reaching my Jeep at the top we started driving back towards our campsite, but we had to stop along The Hogback to photograph the beautiful sunset that was unfolding in front of us. We had a great view from up there.

The view towards Durffey Mesa from The Hogback. 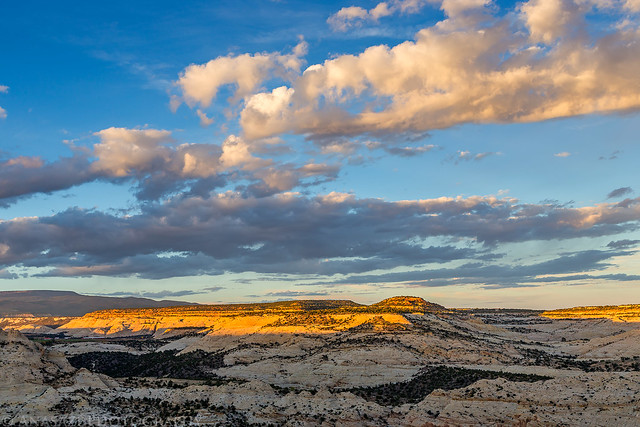 Virga in the distance. 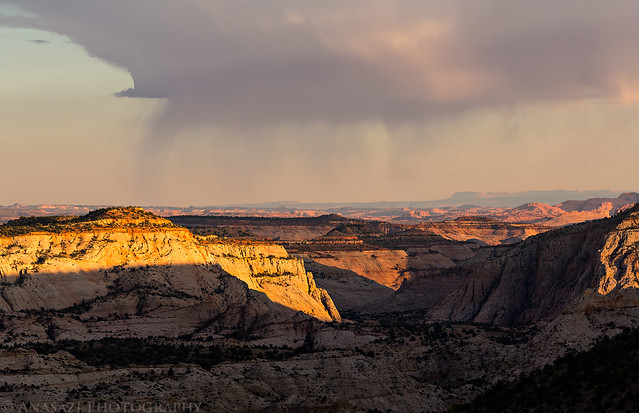 Nice light and clouds this evening. 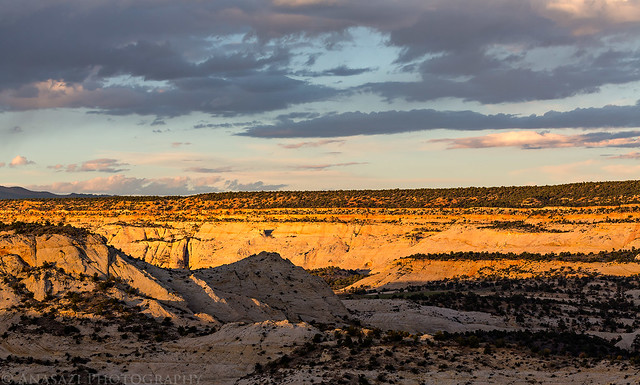 The view down Dry Hollow from up here was just amazing with the beautiful magenta sky above the cottonwoods in their early stages of changing color lining the creek below. 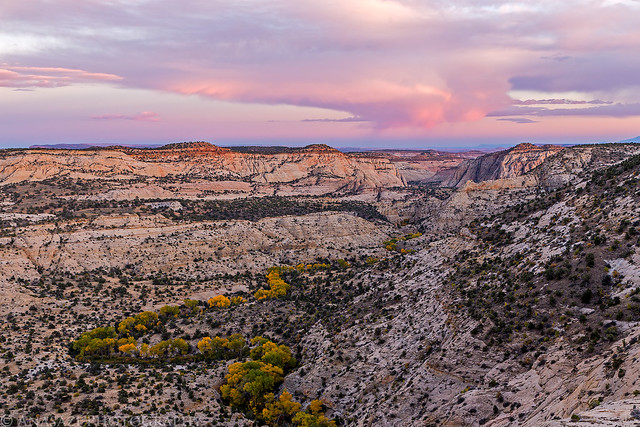 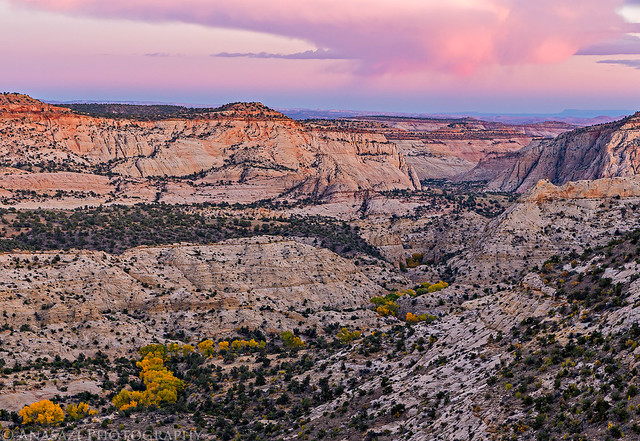 When the color in the sky was finally gone, we finished the drive back to our campsite and went to bed. It had been another good day!