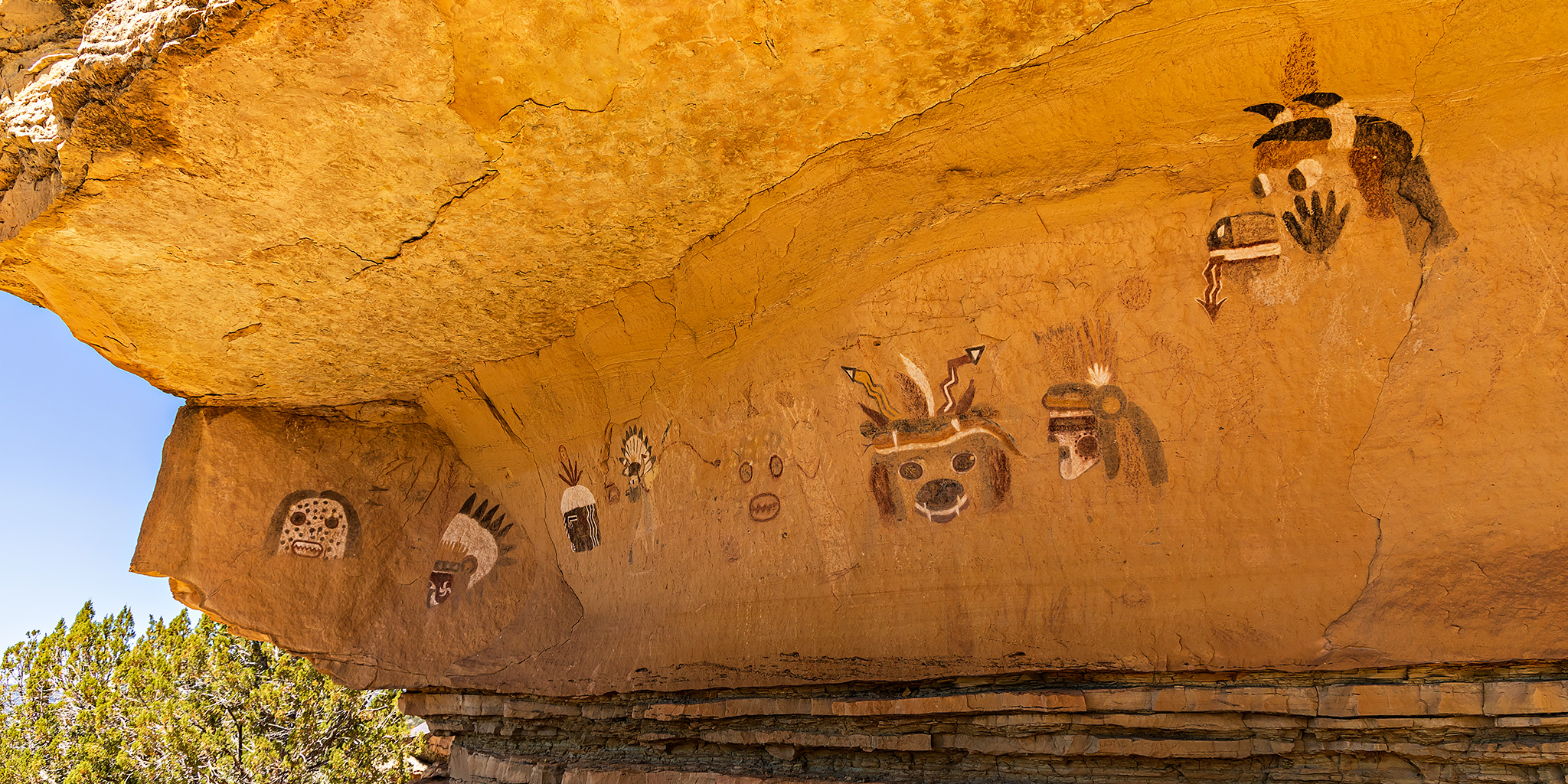 Village of the Great Kivas at the Zuni Pueblo

After leaving Lyman Lake State Park we drove through St. Johns as we headed further north and east until we entered New Mexico and the Zuni Pueblo. We stopped at the Zuni Visitor Center and arranged a guided tour to the Village of the Great Kivas, which is considered a Chacoan Outlier that features two Great Kivas and two separate room blocks that housed around 100 inhabitants. This site is also known for its impressive array of petroglyphs and pictographs and is one of the main archeological sites illustrating the development of Zuni culture. Once our guide arrived we hopped into the large white van and he drove us over to the site for our private tour.

Welcome to the Zuni Visitor Center. 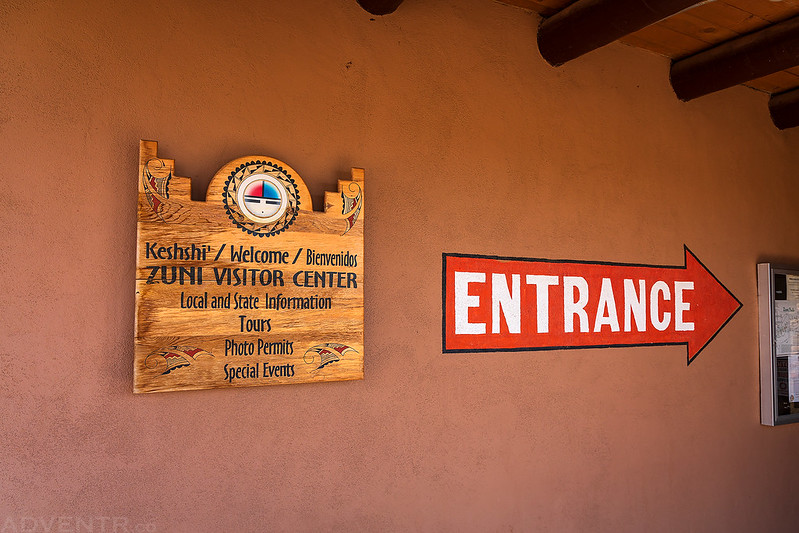 We started hiking from the locked gate to reach the site. 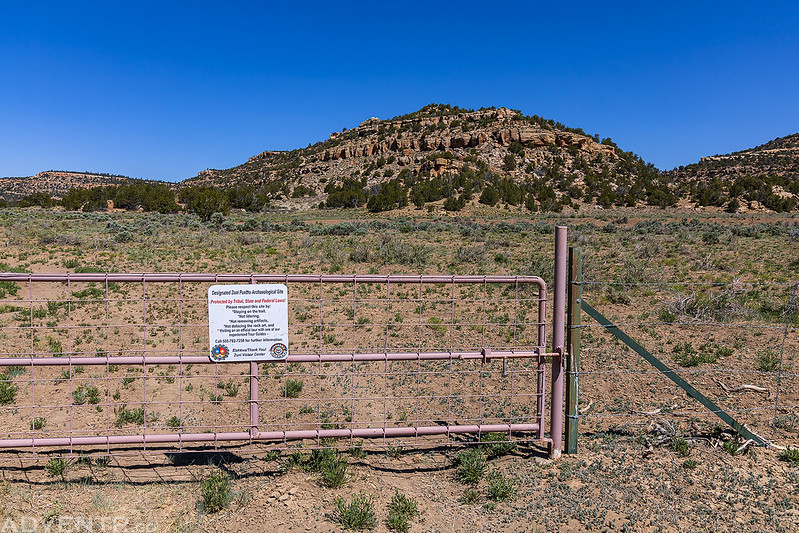 As far as ruins go, there’s not too much to see here aside from some low rubble walls and round depressions in the ground outlining the Great Kivas. 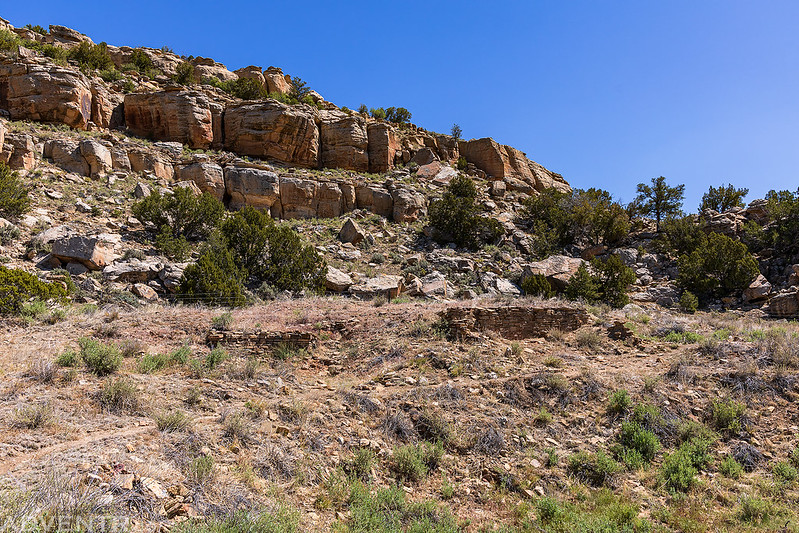 After checking out the sites on the ground, we climbed up to the cliffs above for a close look at the rock art found here.

This was the first panel we stopped at which was both interesting and unusual. 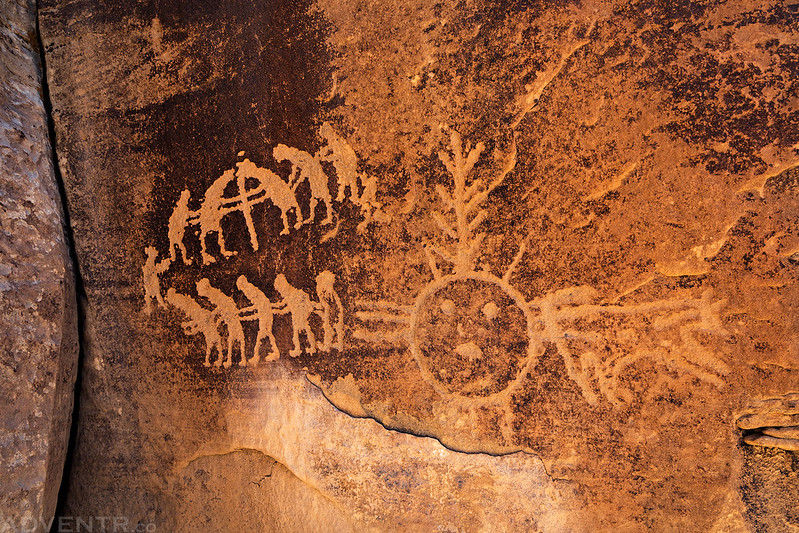 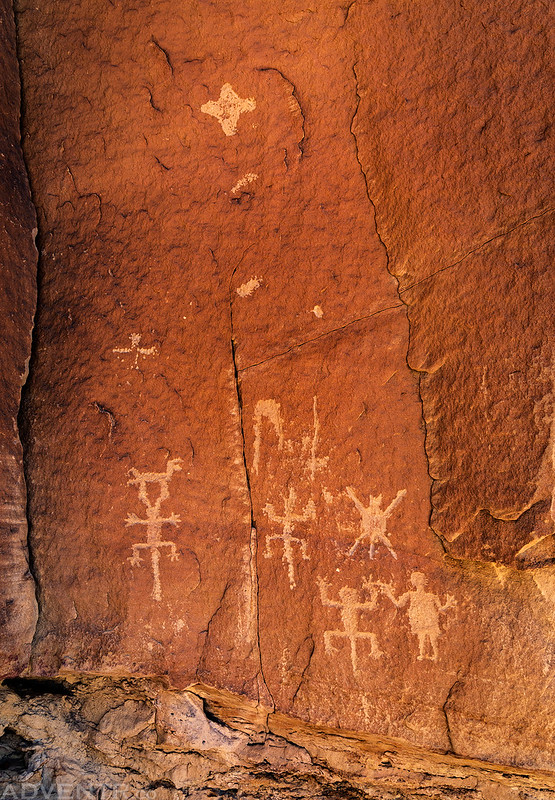 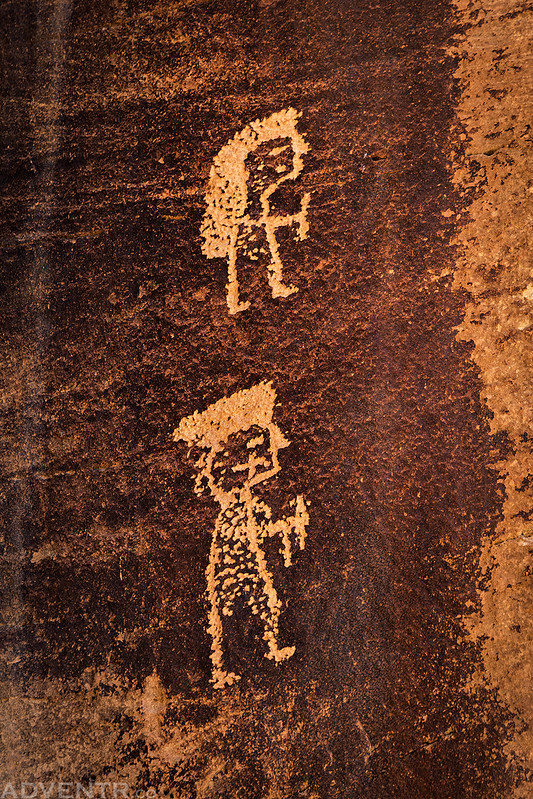 This was a nice panel high in the corner of the cliffs with a good pair of spirals. 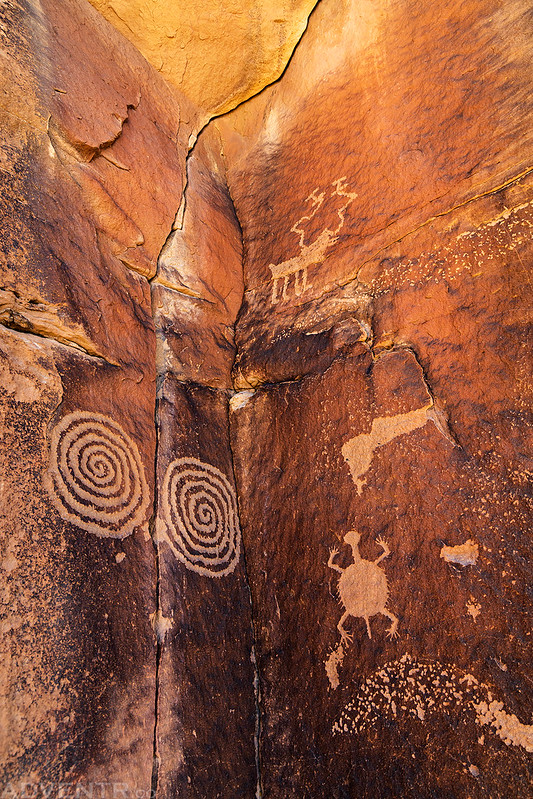 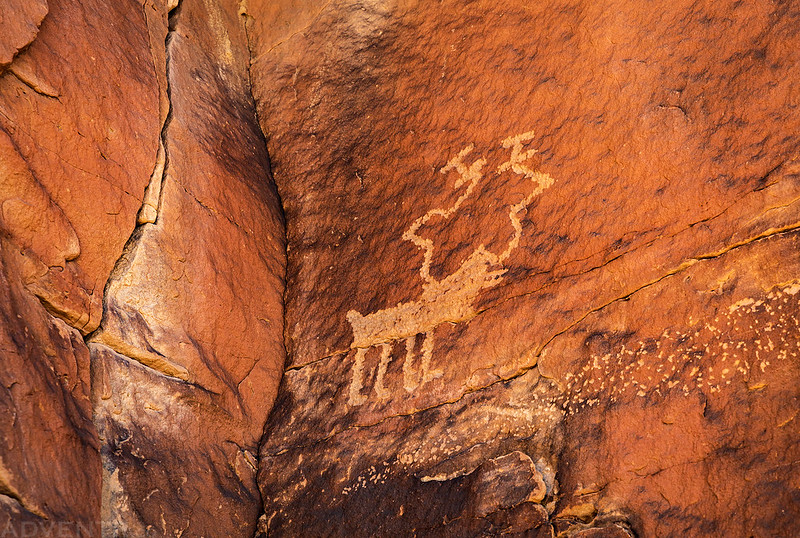 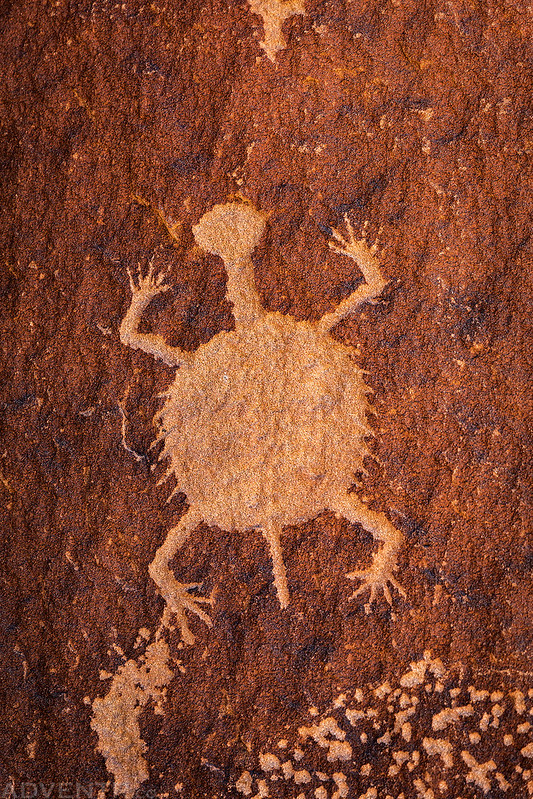 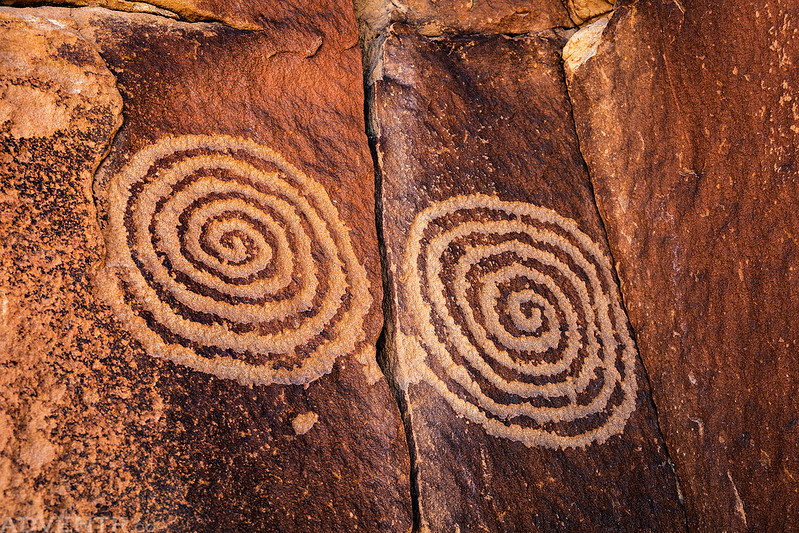 Following the path to more rock art along the cliffs. 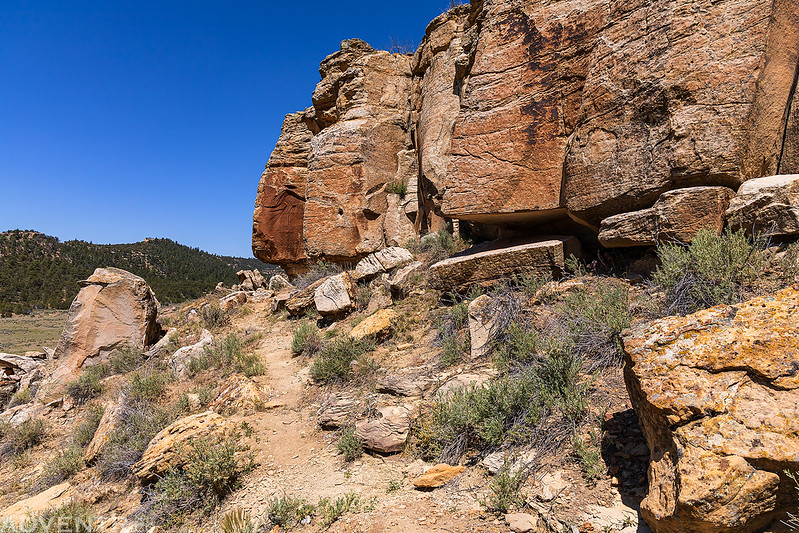 We then stopped at the largest panel of petroglyphs at the site, which was also very cool. 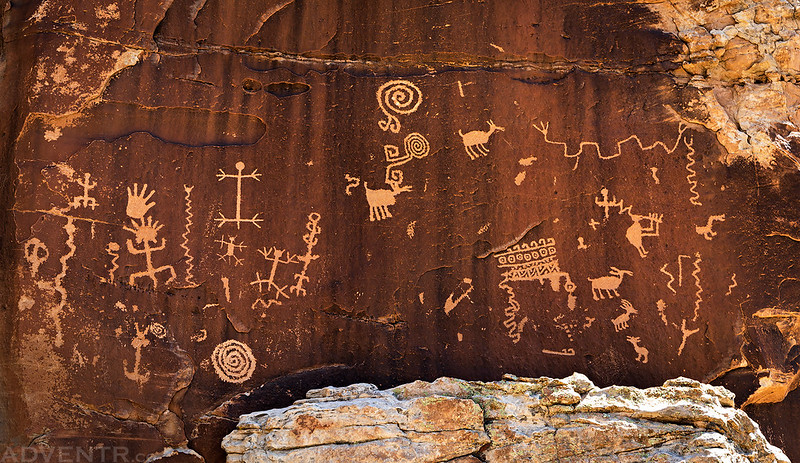 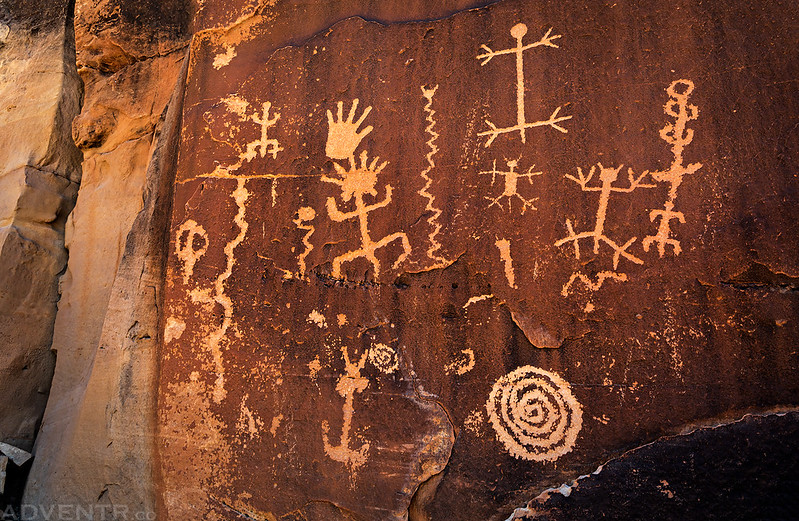 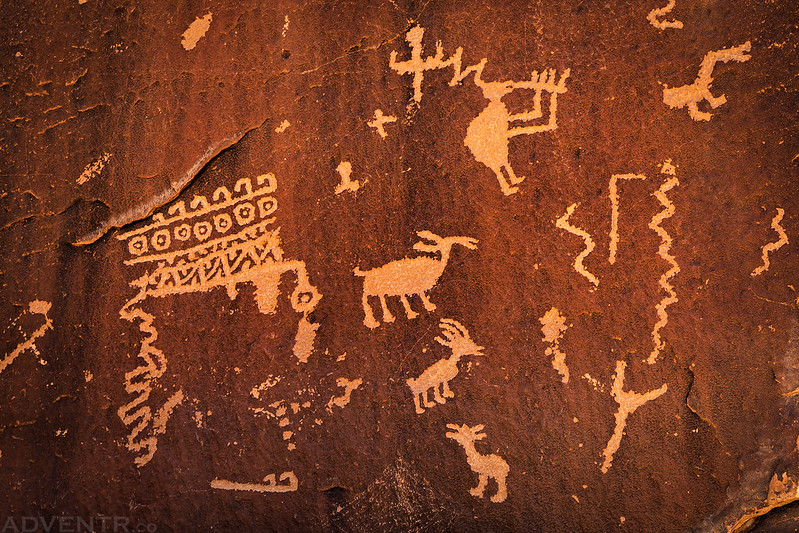 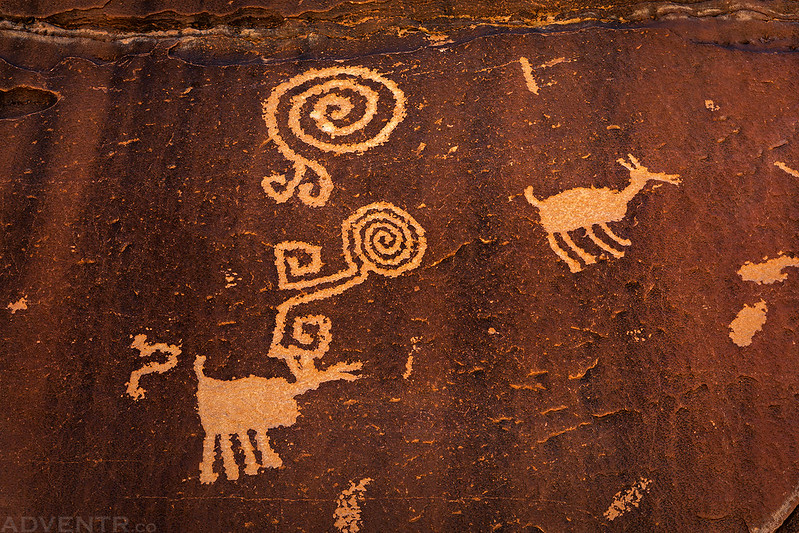 This figure kind of reminds me of Grimace. 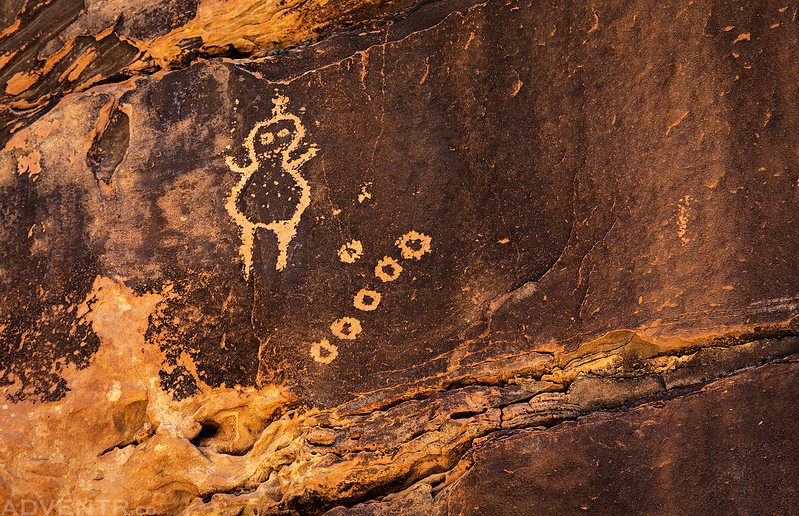 After hiking around the front of the point we got our first view of The Great Kachina Gallery which were painted by the Zuni in the late Nineteenth to early Twentieth centuries and have been continuously renewed since. 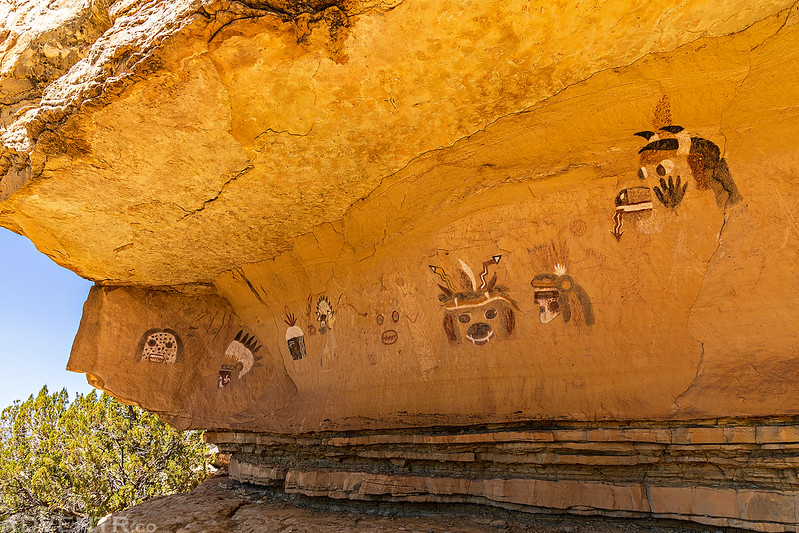 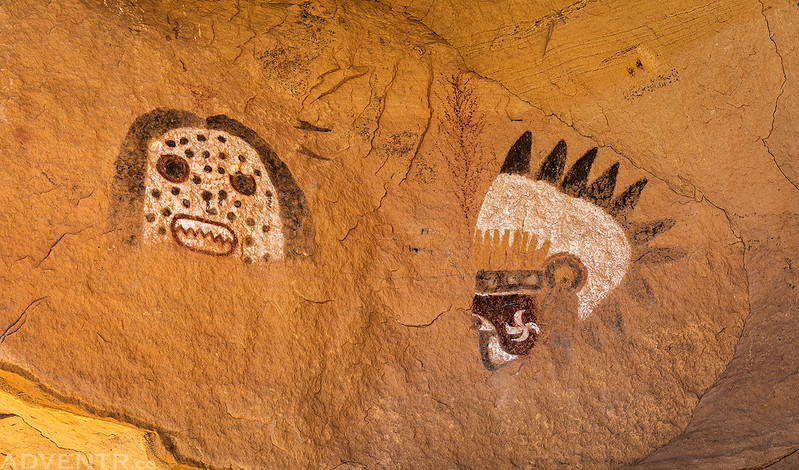 In this photo the figure on the left is Hehe’a, the Blunderer kachina, a clown; and the one on the right is a Shalako. Shalakos are couriers from the rain gods who visit the village in an important rite held in late November or early December each year. They are large bird-like creatures with clacking bills. 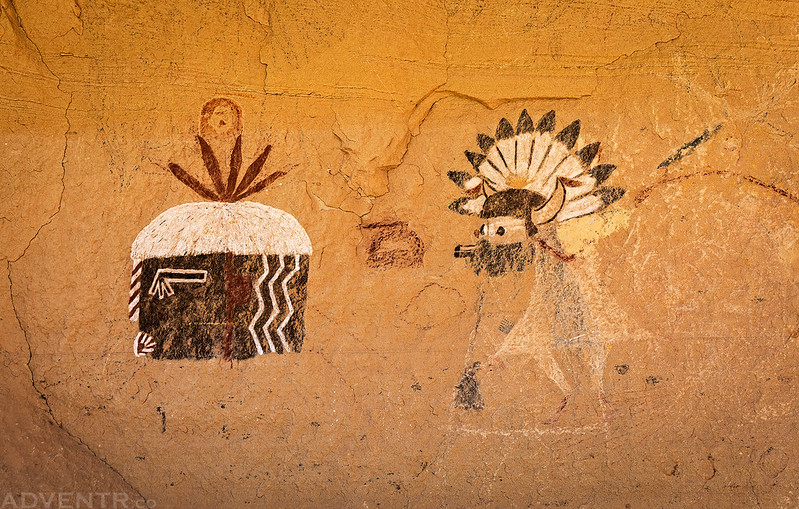 In this photo the kachina on the left is Wo’latana, the Bear; and on the right is Wilatsukwe, who is Apache. 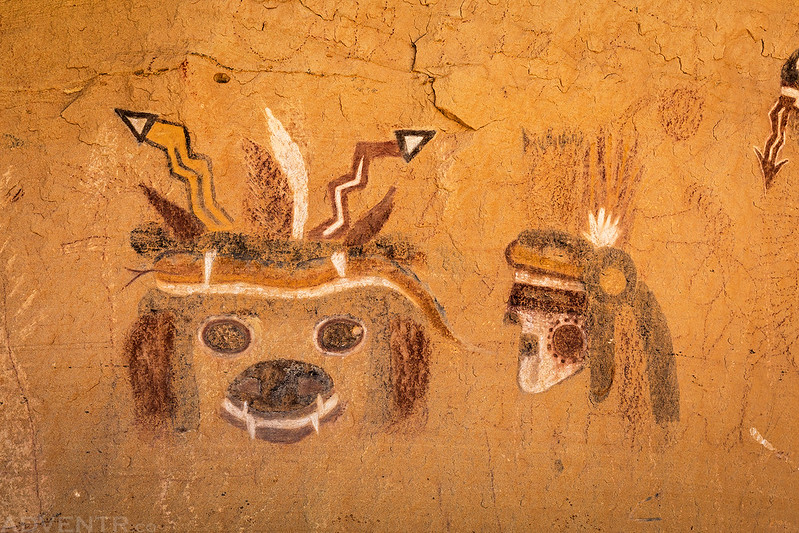 Here’s an overview of the middle of the panel. 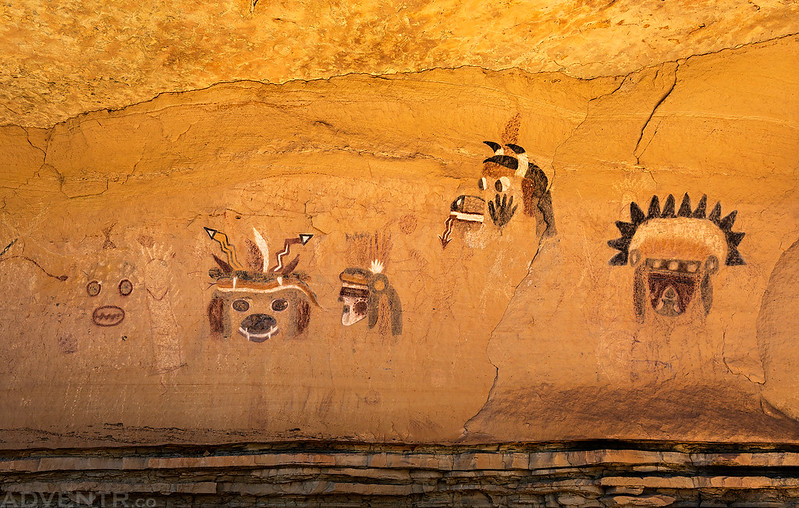 Further to the right is this deer-like figure. 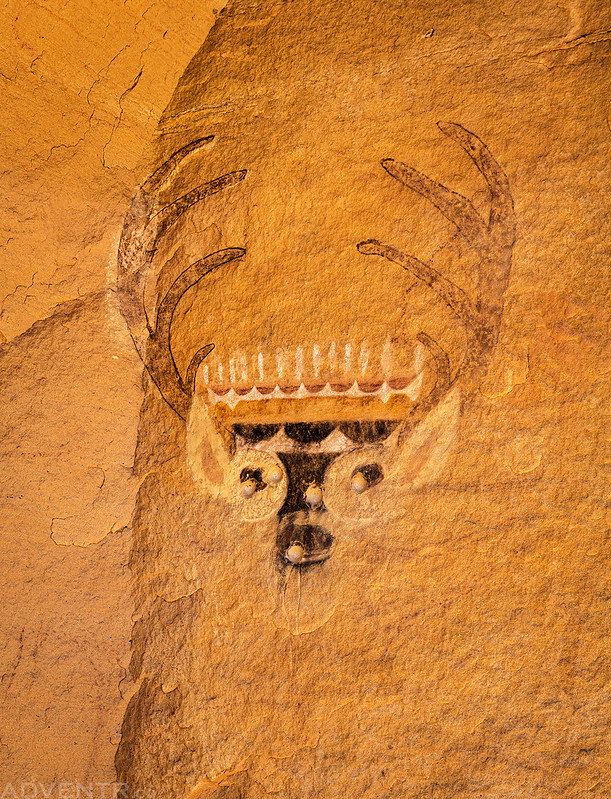 Around the final corner was one more large, but more faded, pictograph panel. The brightest white figure on the left side of this panel is the mask of Sayatasha, the Long Horn kachina. 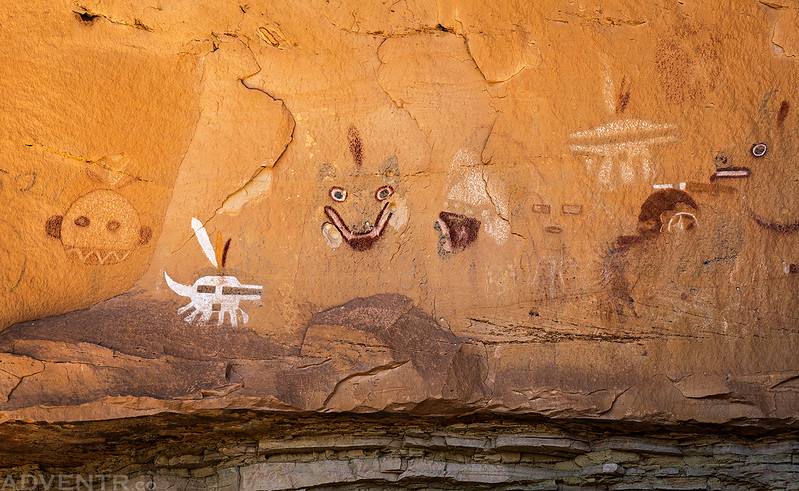 After visiting all the rock art panels with our guide, we hiked back down from the cliffs and returned to the van. Then is was just a short drive back to the Zuni Visitor Center and we were soon on the road again to El Morro National Monument.