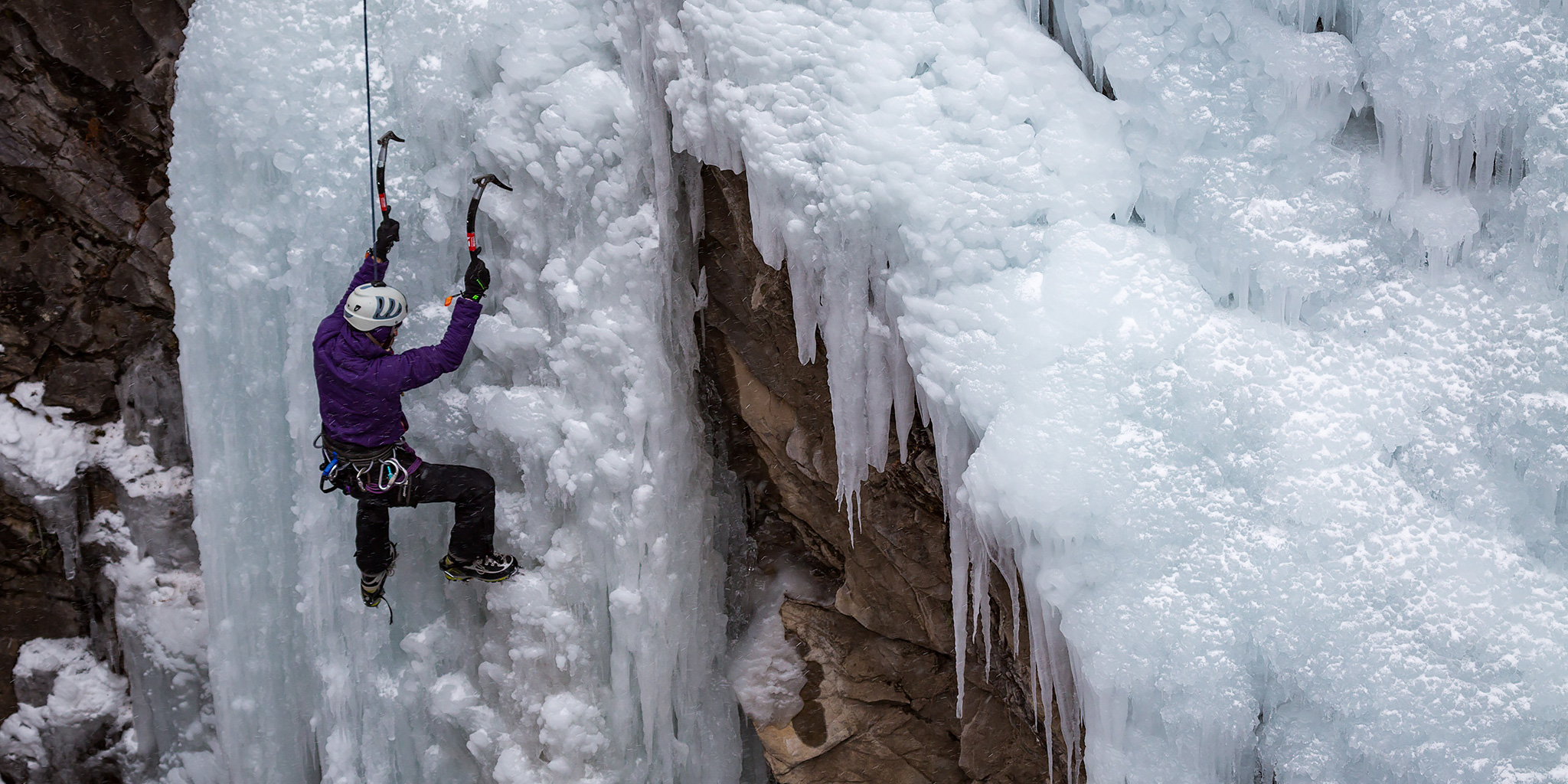 I left home shortly before sunrise, grabbed some breakfast along the way and headed south through Delta and Montrose on my way to Ouray. When I arrived at the ice park I walked around for a few hours while watching and photographing the Elite Mixed Climbing Competition and other climbers enjoying the park. If you are interested in checking out photos from previous years, here are my last two trip reports on the blog: [2017]  [2016]. Now onto the photos from this year!

Welcome to the Ouray Ice Park. 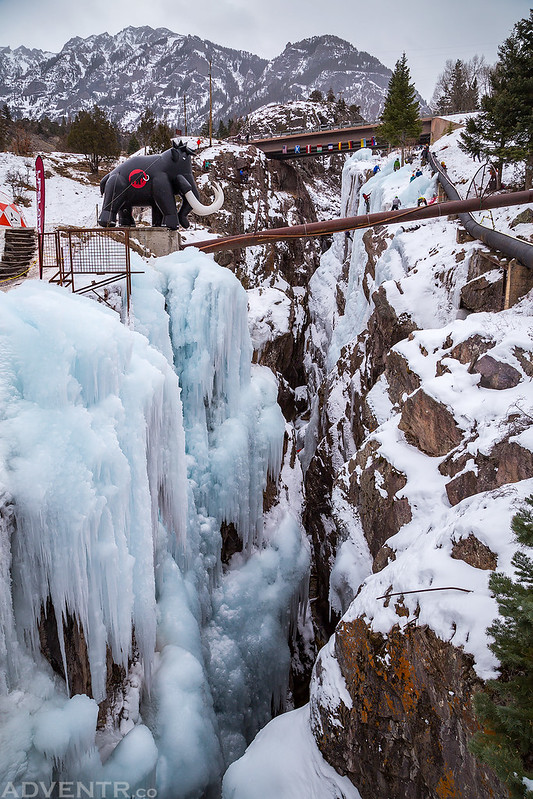 Here’s a photo of the 2018 ice sculpture that was still being worked on. 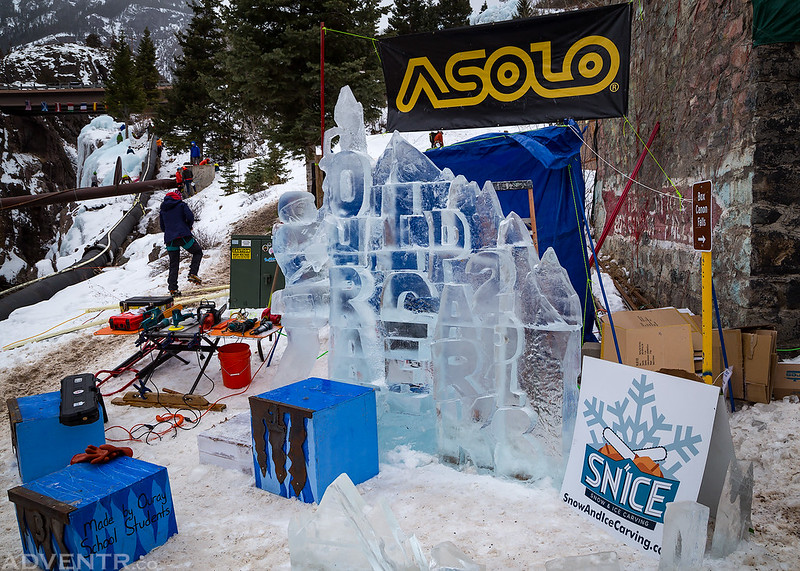 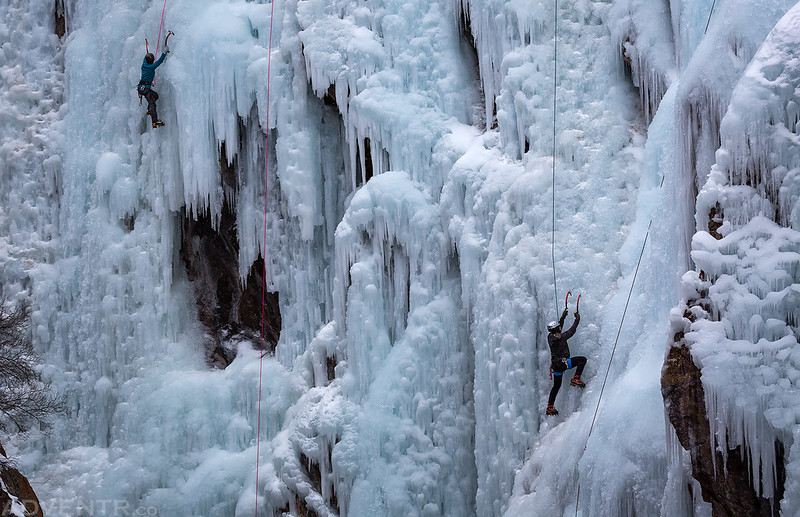 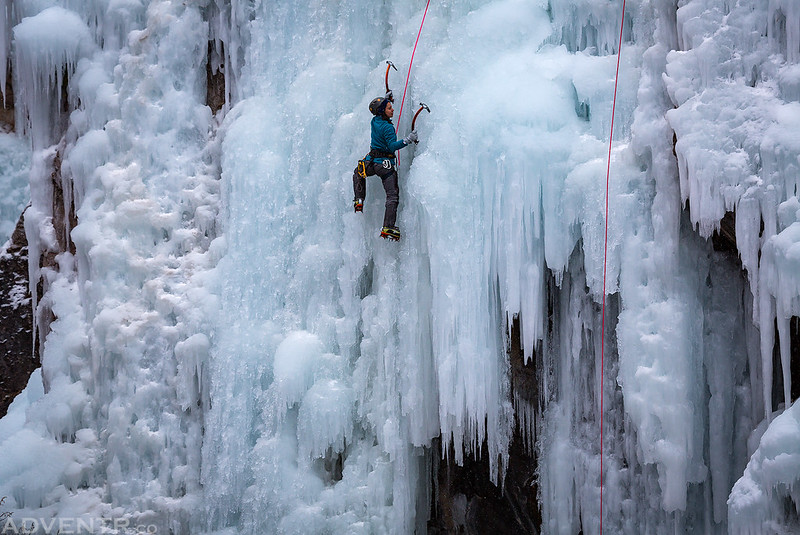 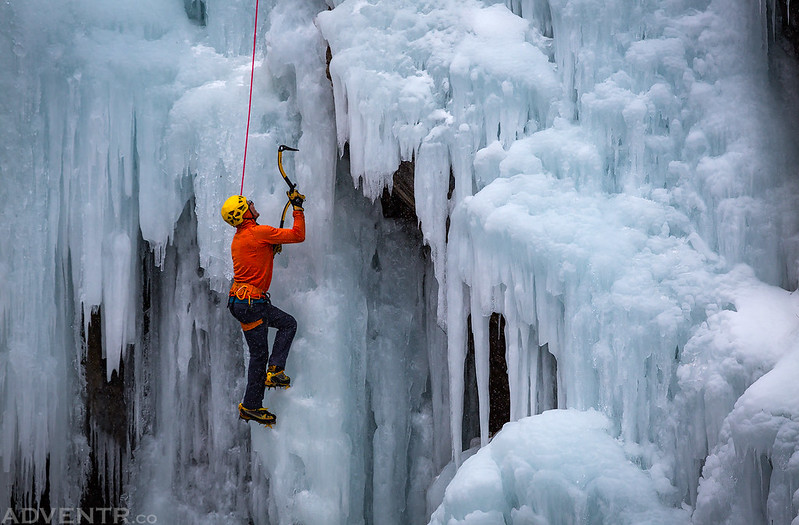 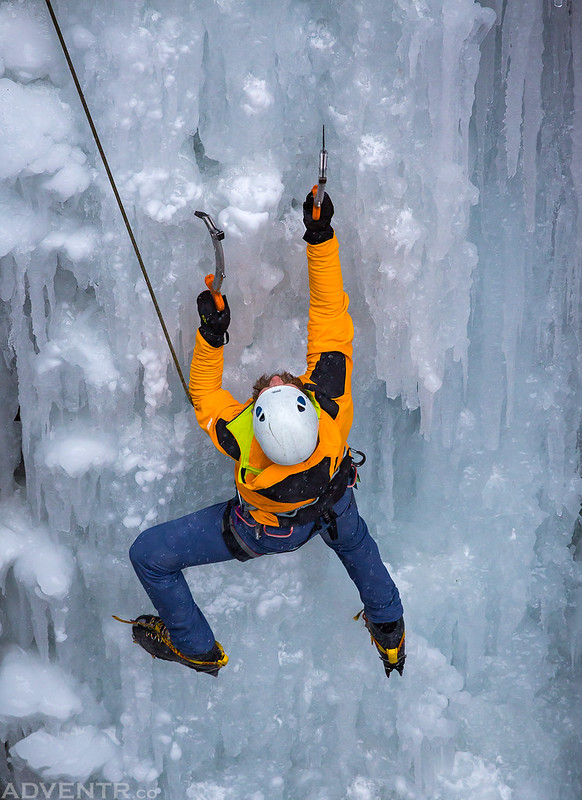 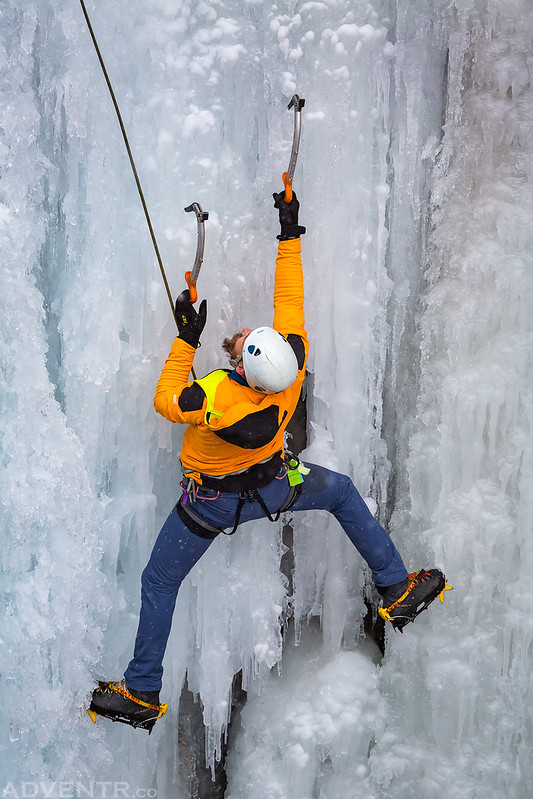 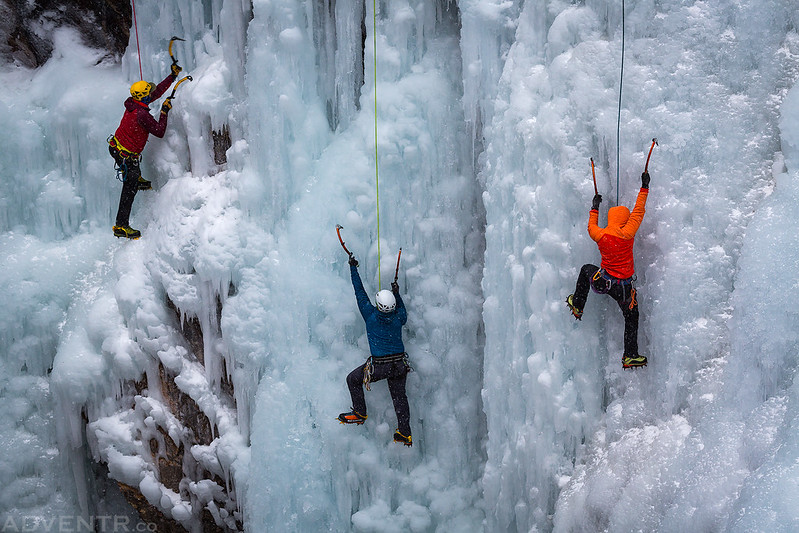 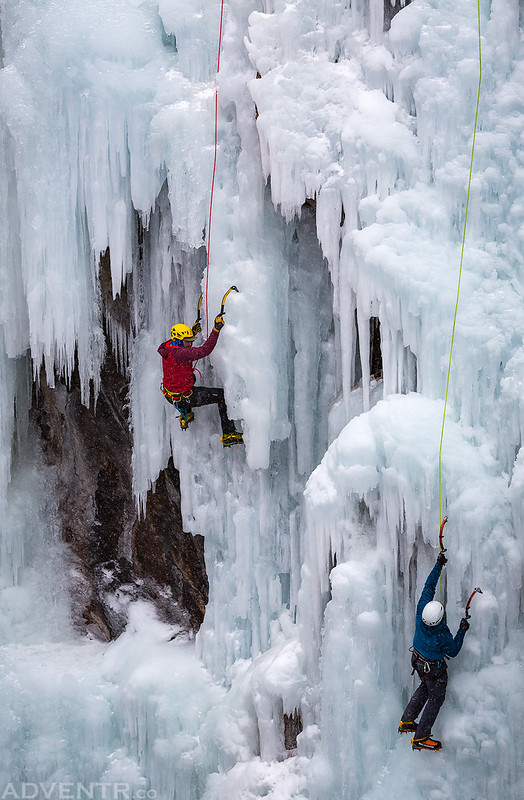 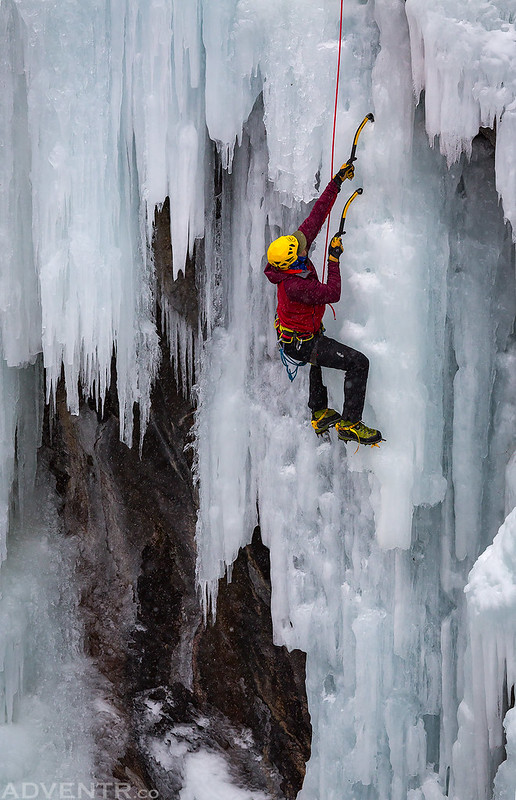 This is a little something different from me this year. Since I had a pretty good vantage point when Rudi Hauser #19 was competing in the Elite Mixed Climbing Competition, I took this series of photos during his climb, and watched him make it to the top! After checking the stats, it looks like he finished in 8th place of the competition this year.

The transition from rock to ice. 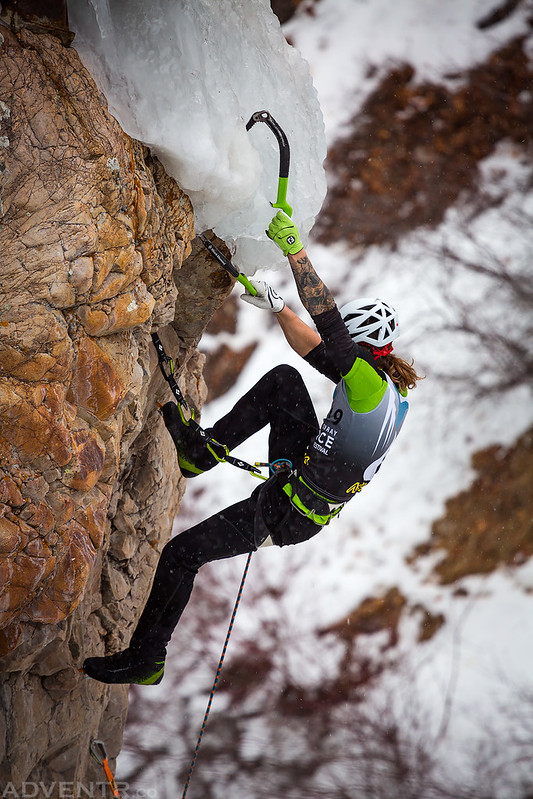 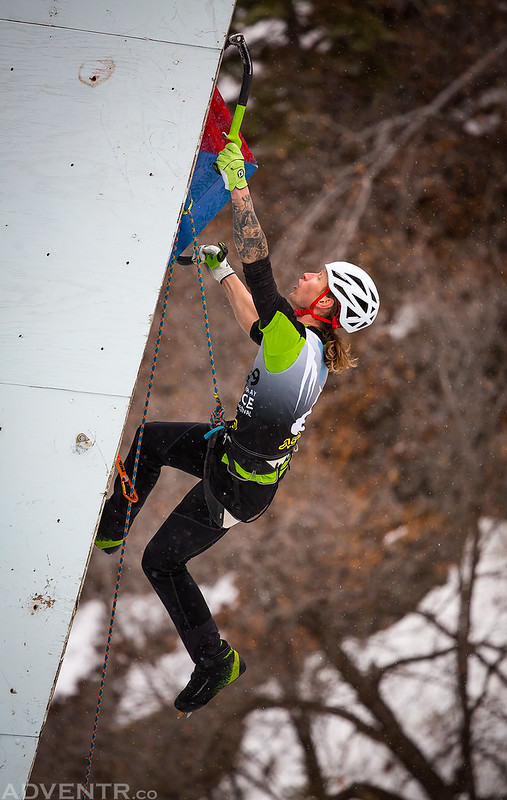 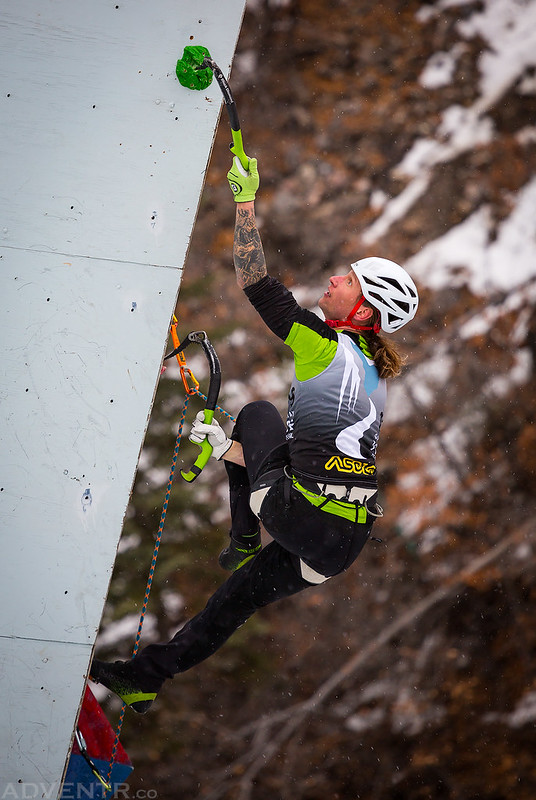 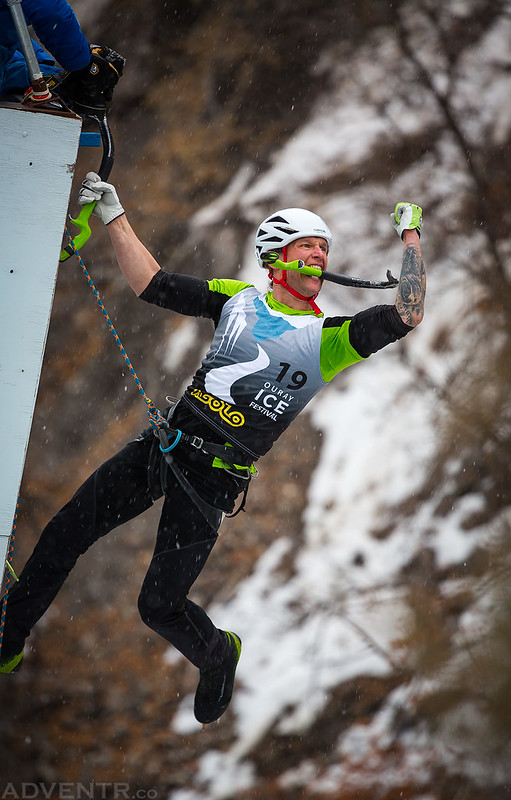 As is the tradition of the festival, he enjoys a victory shot of tequila from the top of the wall. 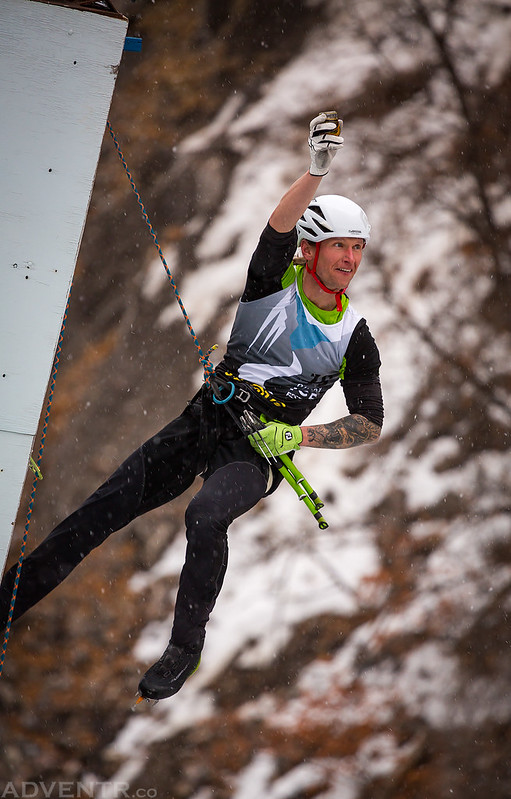 Just a few more climbers on the ice in the Uncompahgre Gorge. 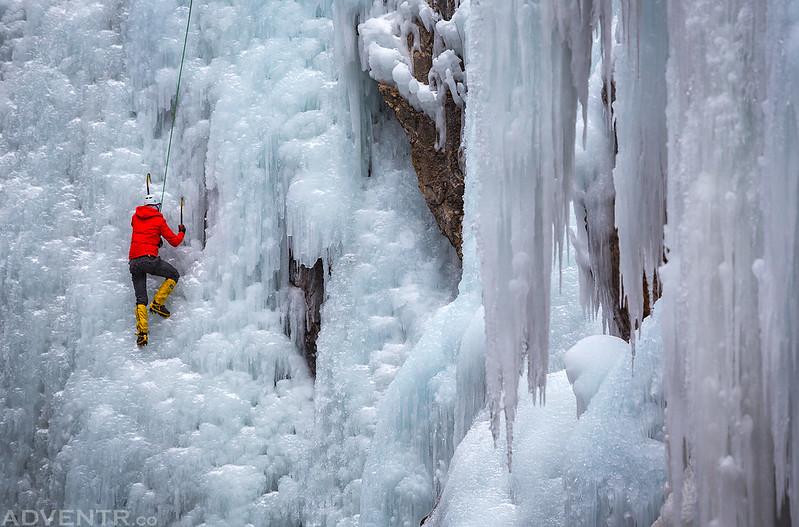 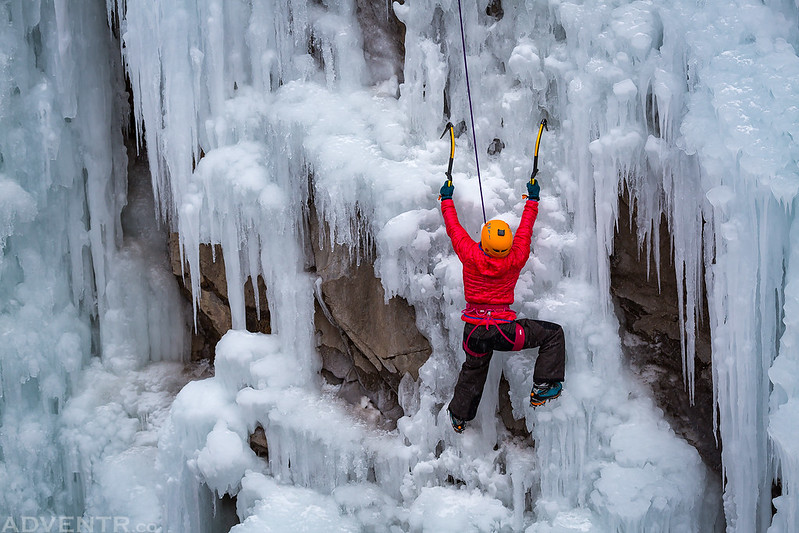 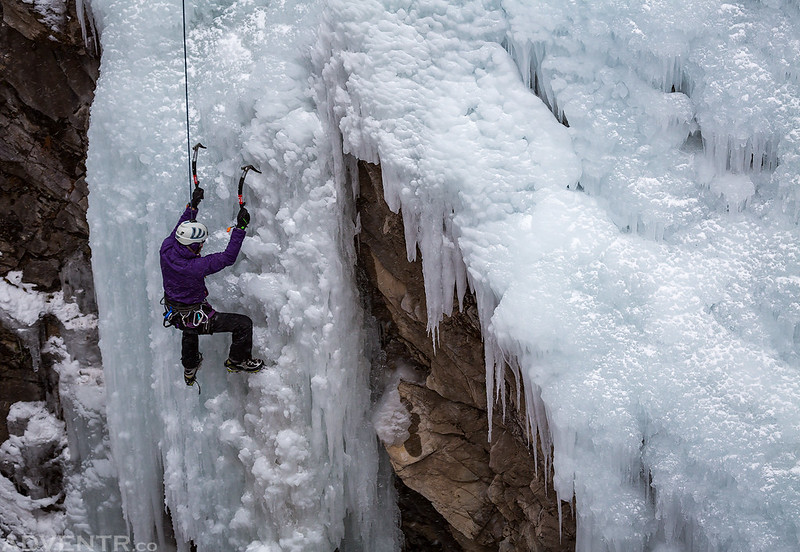