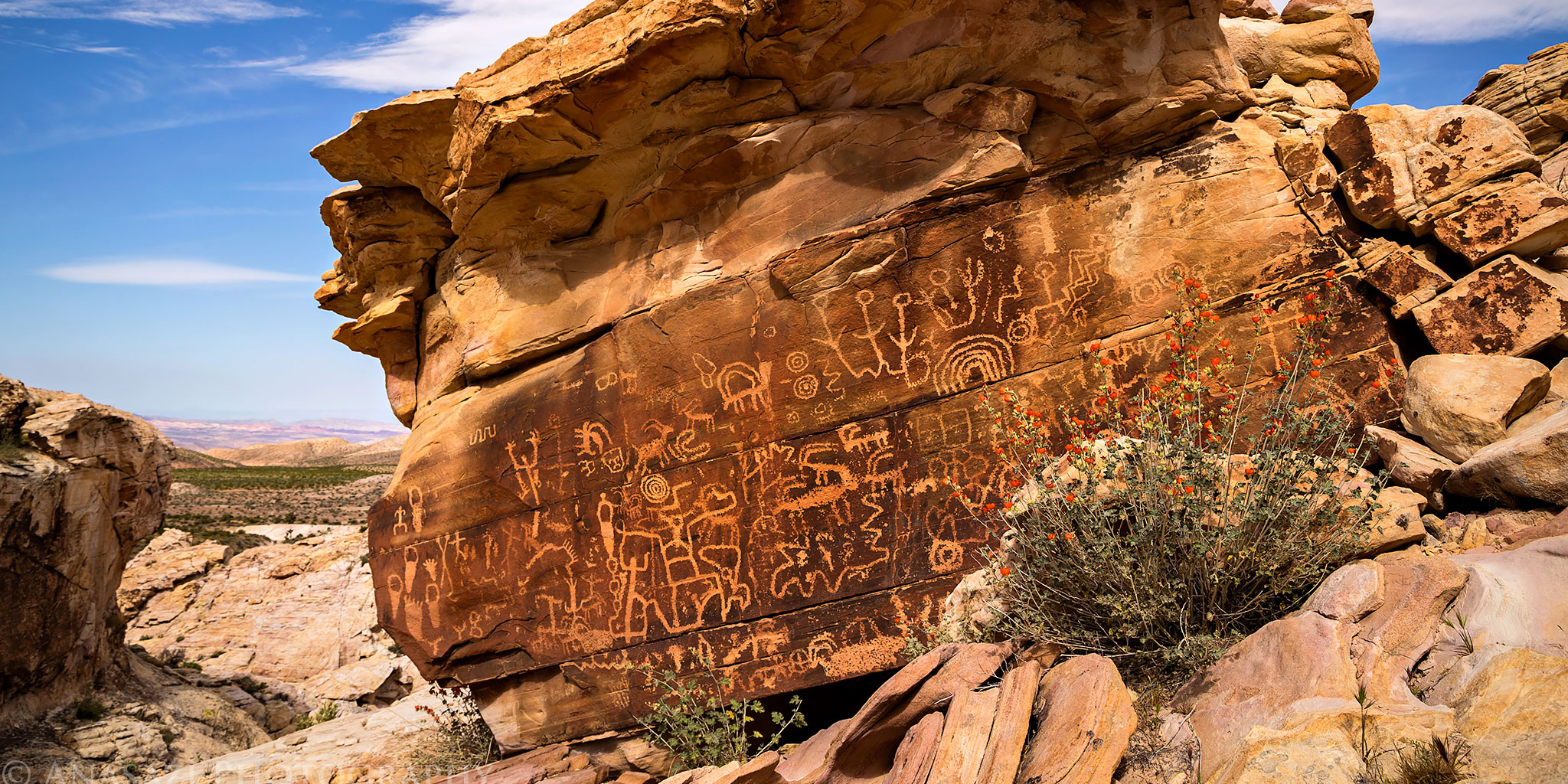 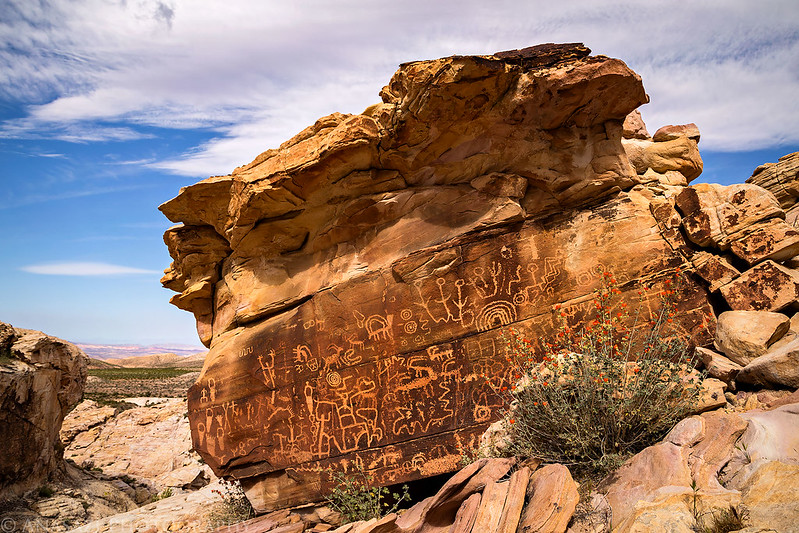 This would be Diane’s first visit to the area, but I’ve been here a few times in the past searching for rock art and unusual rock formations. This time I had my sights set on finding another petroglyph panel known as the Twenty-One Goats Panel. We took Diane’s Ford Edge on this trip instead of my Jeep, but we were still able to get everywhere we needed to go, although driving a little slower and more careful than usual.

I was surprised to see they already had a new sign up! 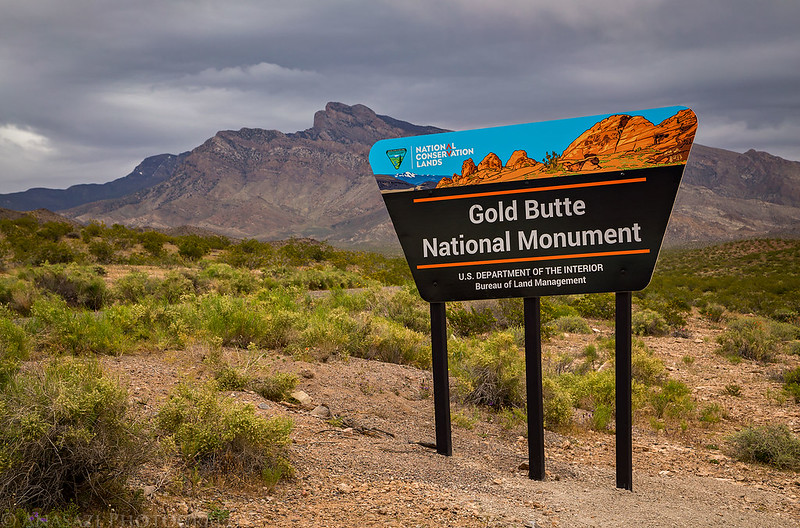 Our transportation this morning. 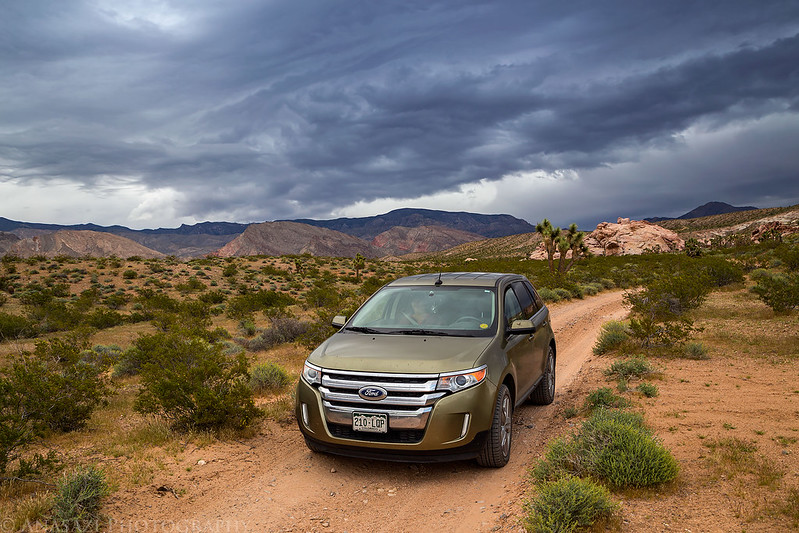 Following the wash to the petroglyph panel. 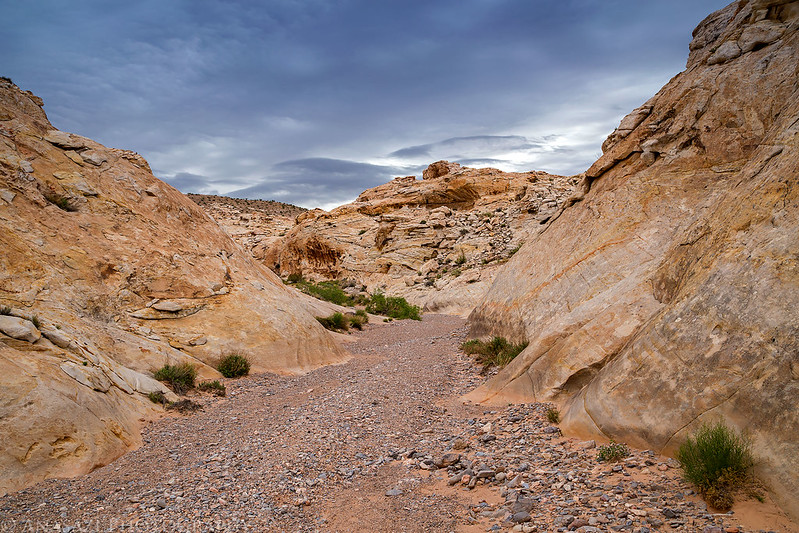 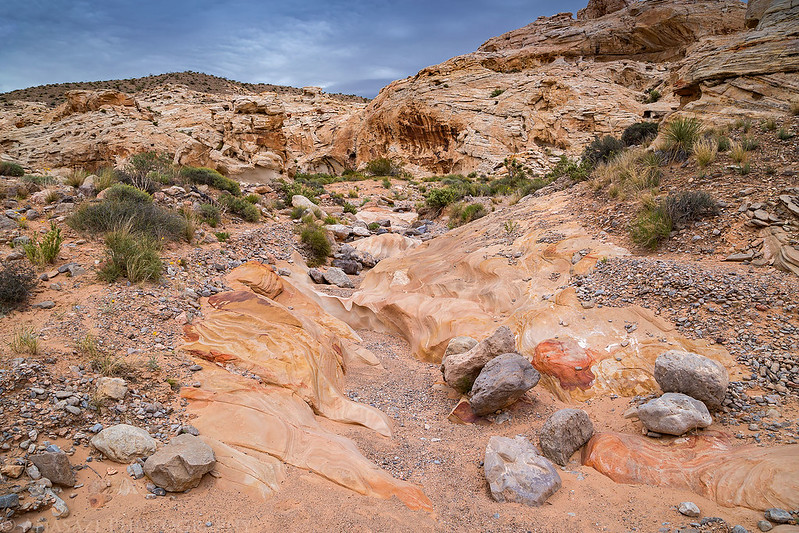 We quickly found the impressive Twenty-One Goats Panel, although I am pretty sure they are sheep, not goats… 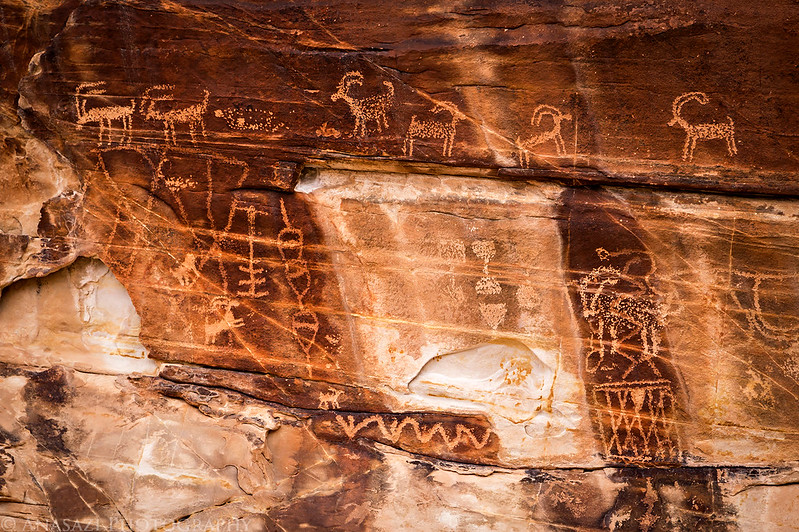 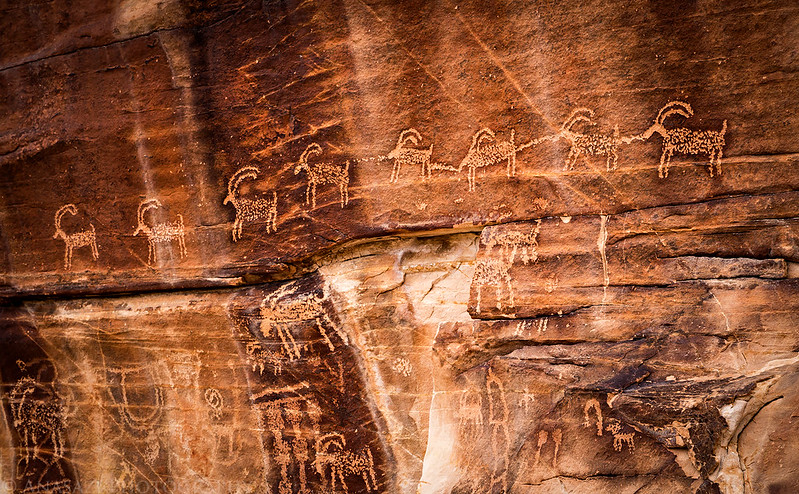 Diane hiking back down the wash towards Black Butte. 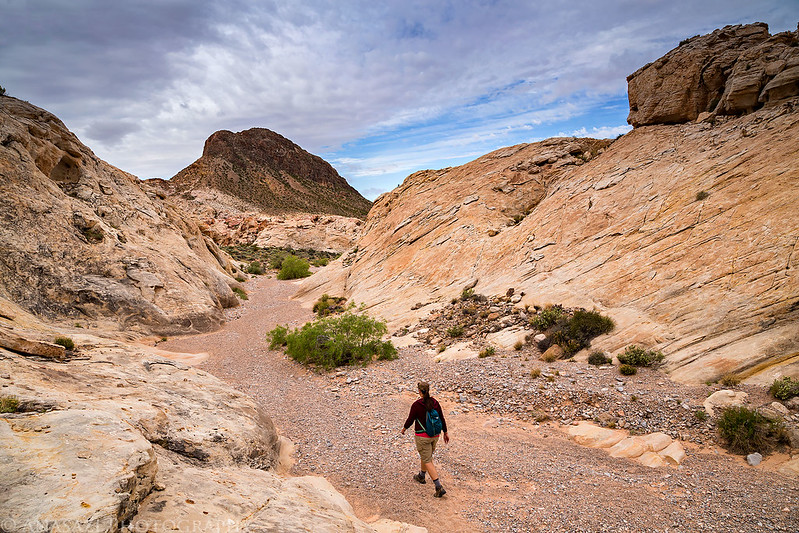 It didn’t take us long to visit the petroglyph panel, so we headed over to the Falling Man area so I could revisit and Diane could check it out for the first time.

The EDGE of ADVENTR 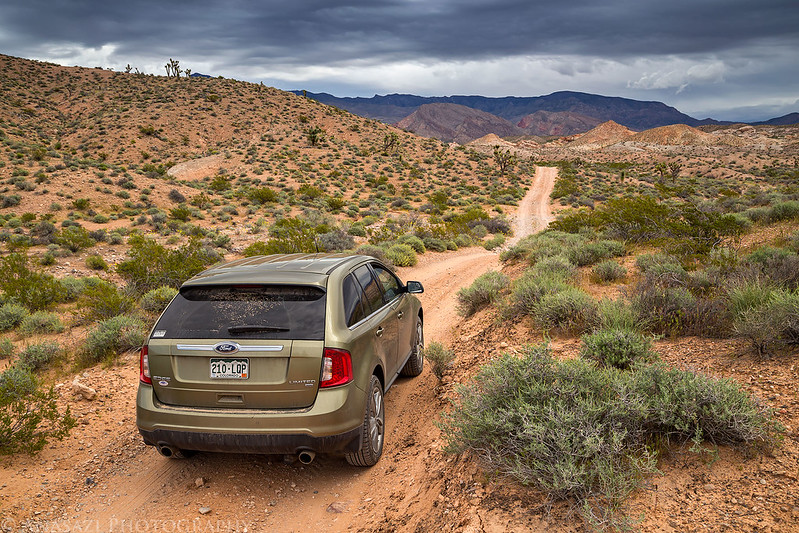 Right off the bat I spotted a bunch of petroglyphs I had missed the last time I was out here. 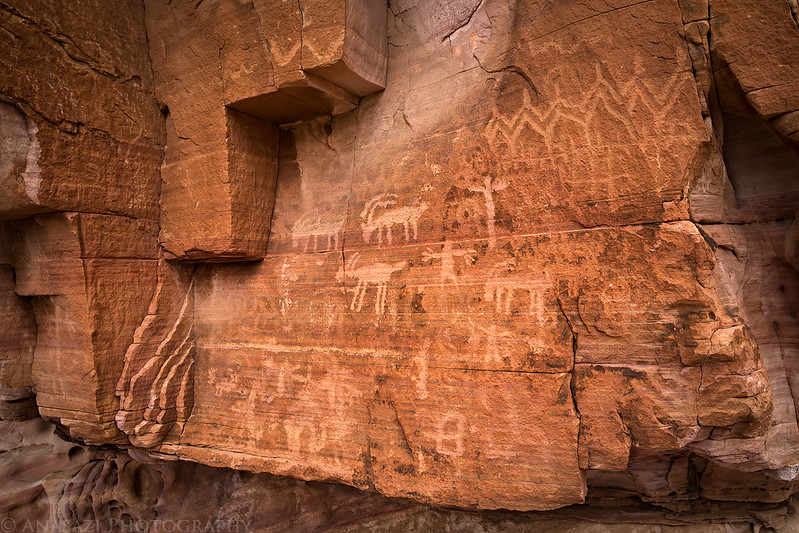 Continuing up the trail. 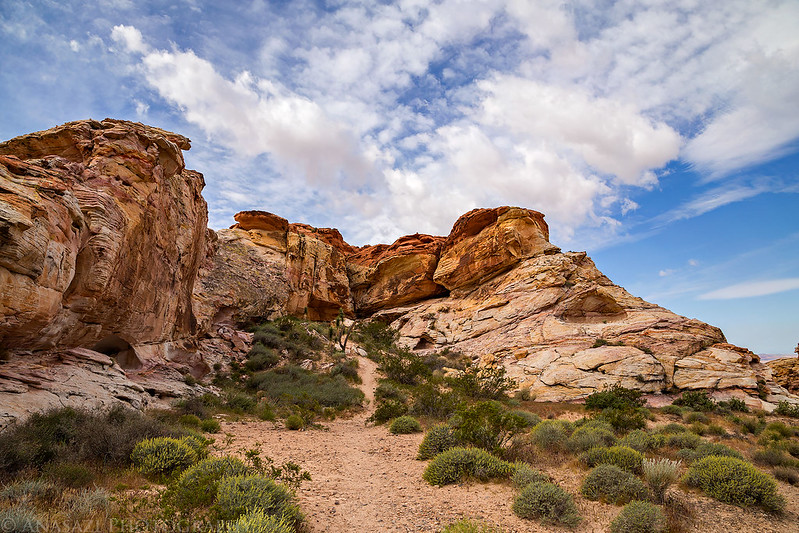 Diane follows me through the small arch. 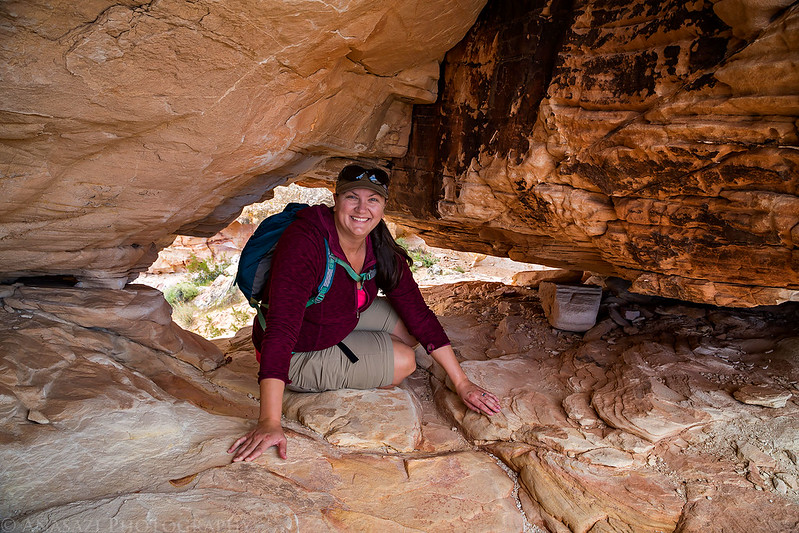 I was happy to find some nice wildflowers in front of the Gold Butte Newspaper. 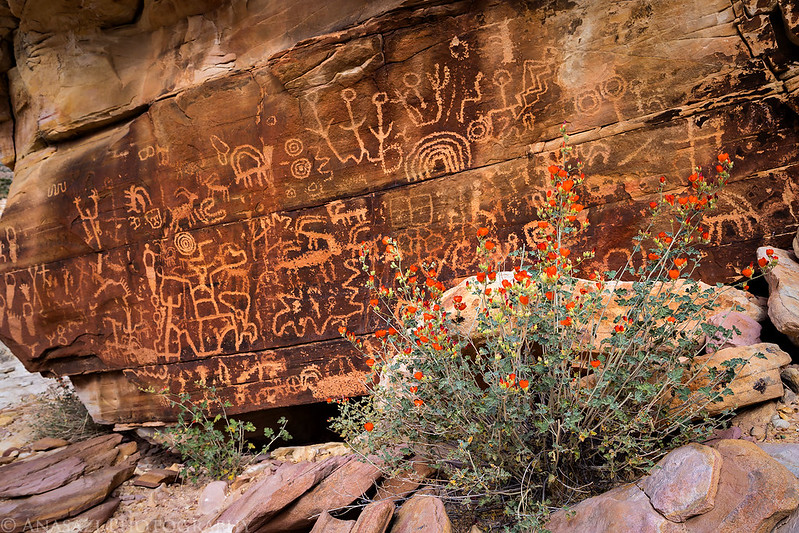 We explored the area for a while and saw a lot of petroglyphs. 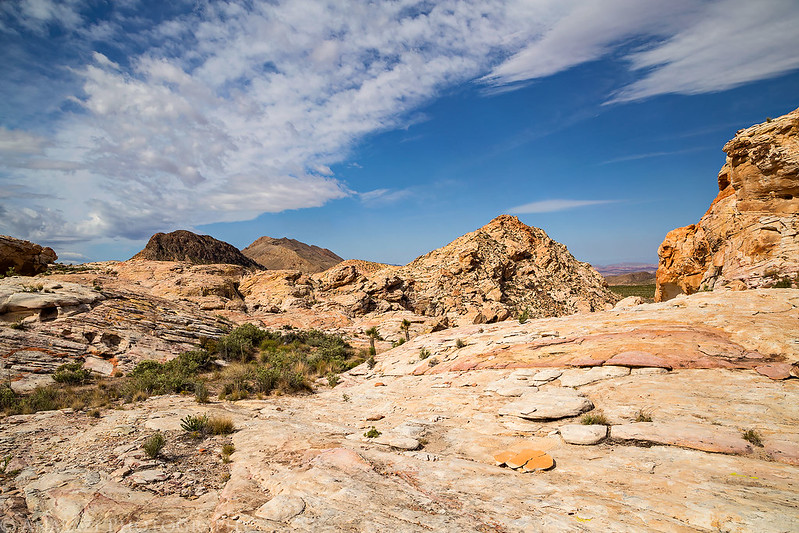 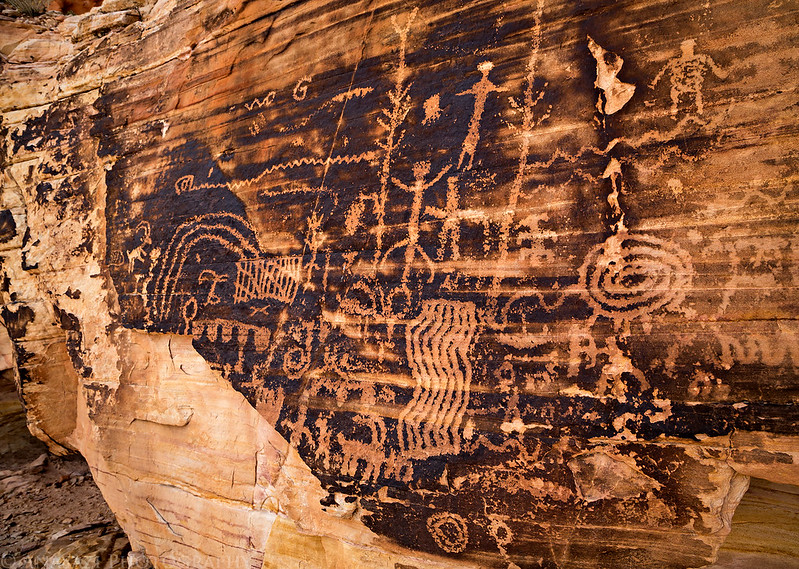 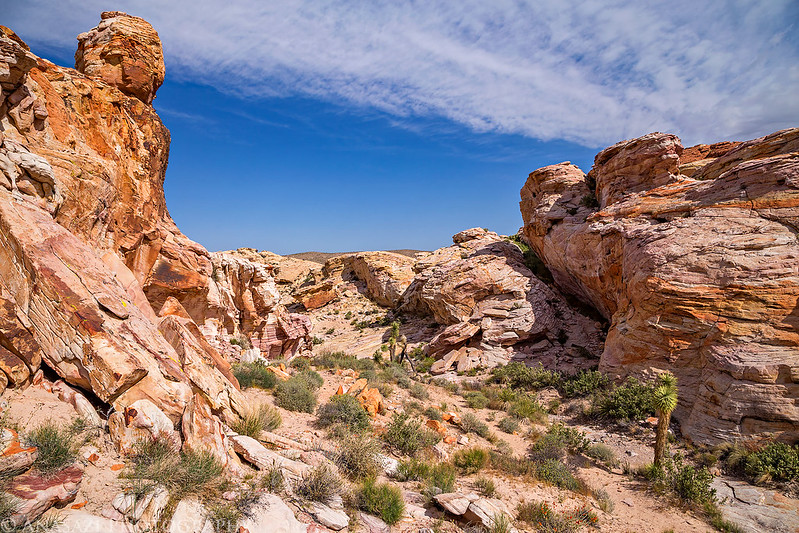 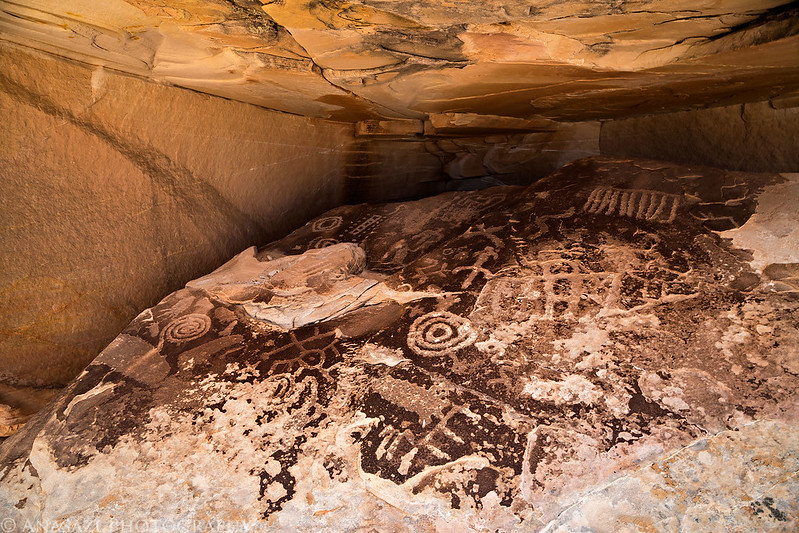 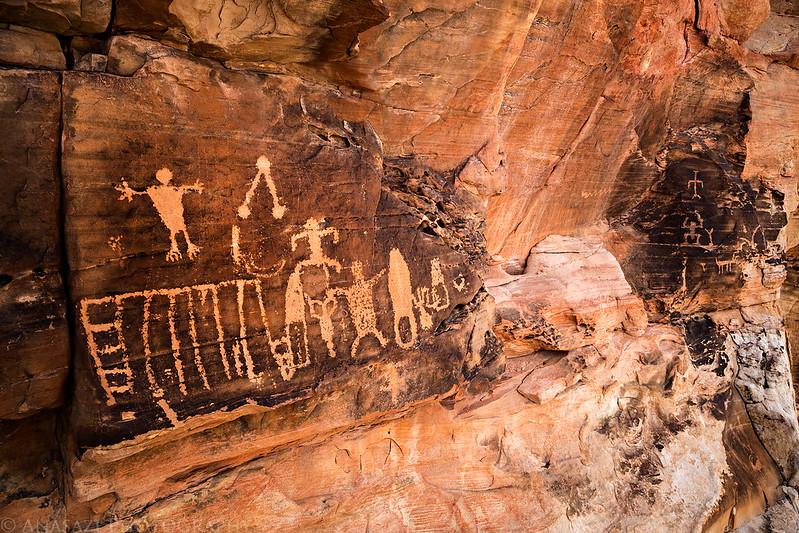 I think this was one of Diane’s favorites. 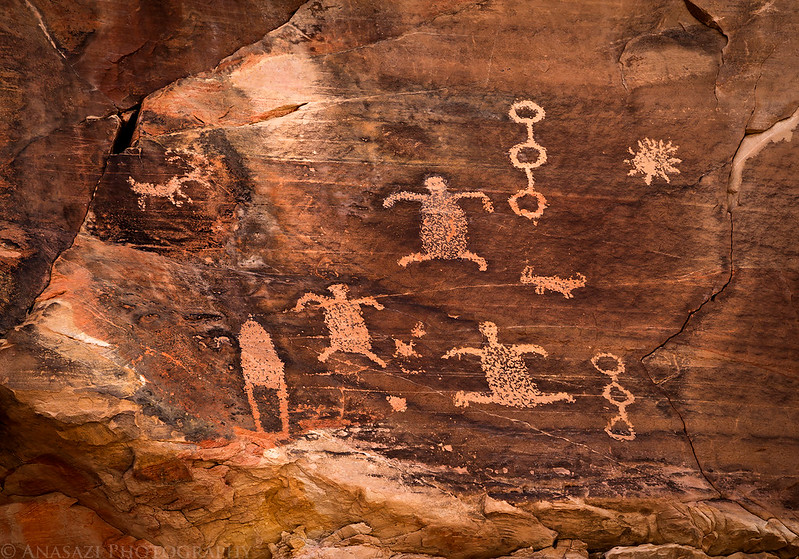 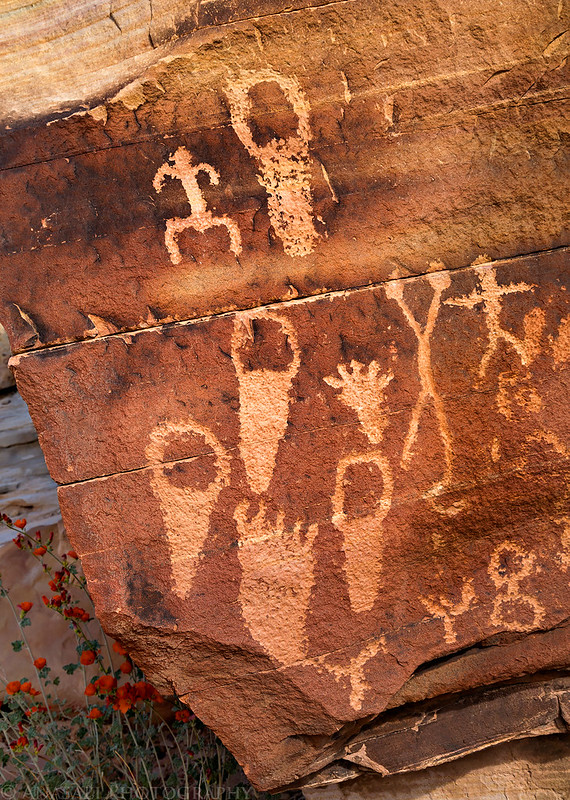 Hiking back out with a nice view of the Virgin Mountains in the distance. 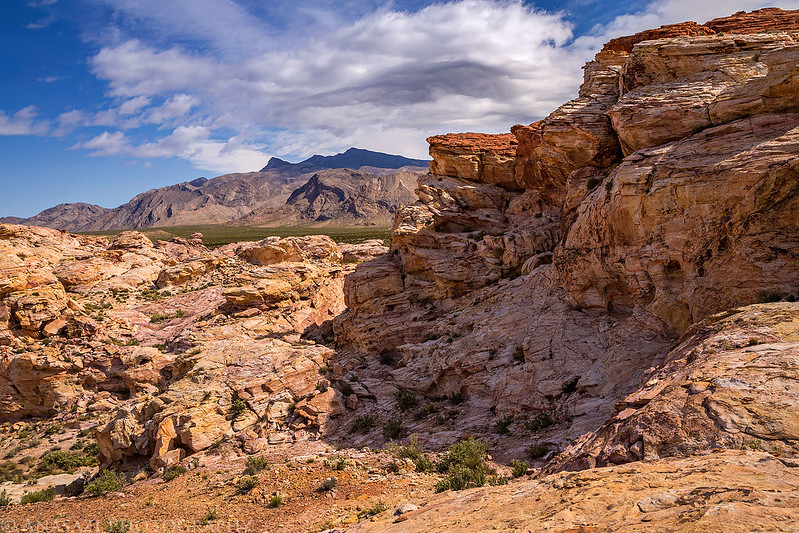 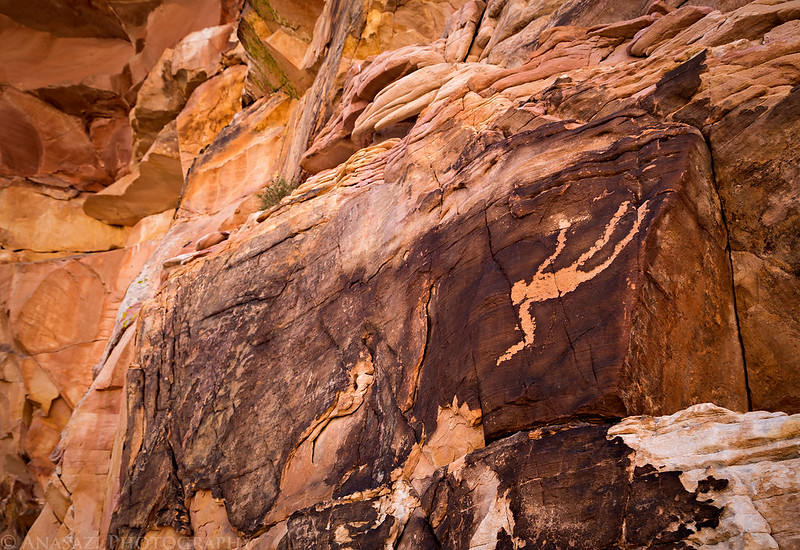 On our way back to the trailhead Diane spotted one last petroglyph panel high above that I hadn’t seen before, so we climbed up for a closer look. 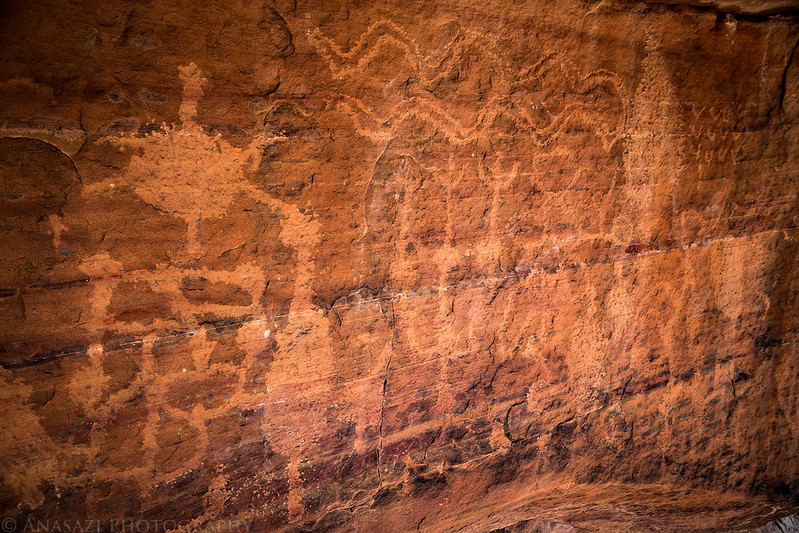