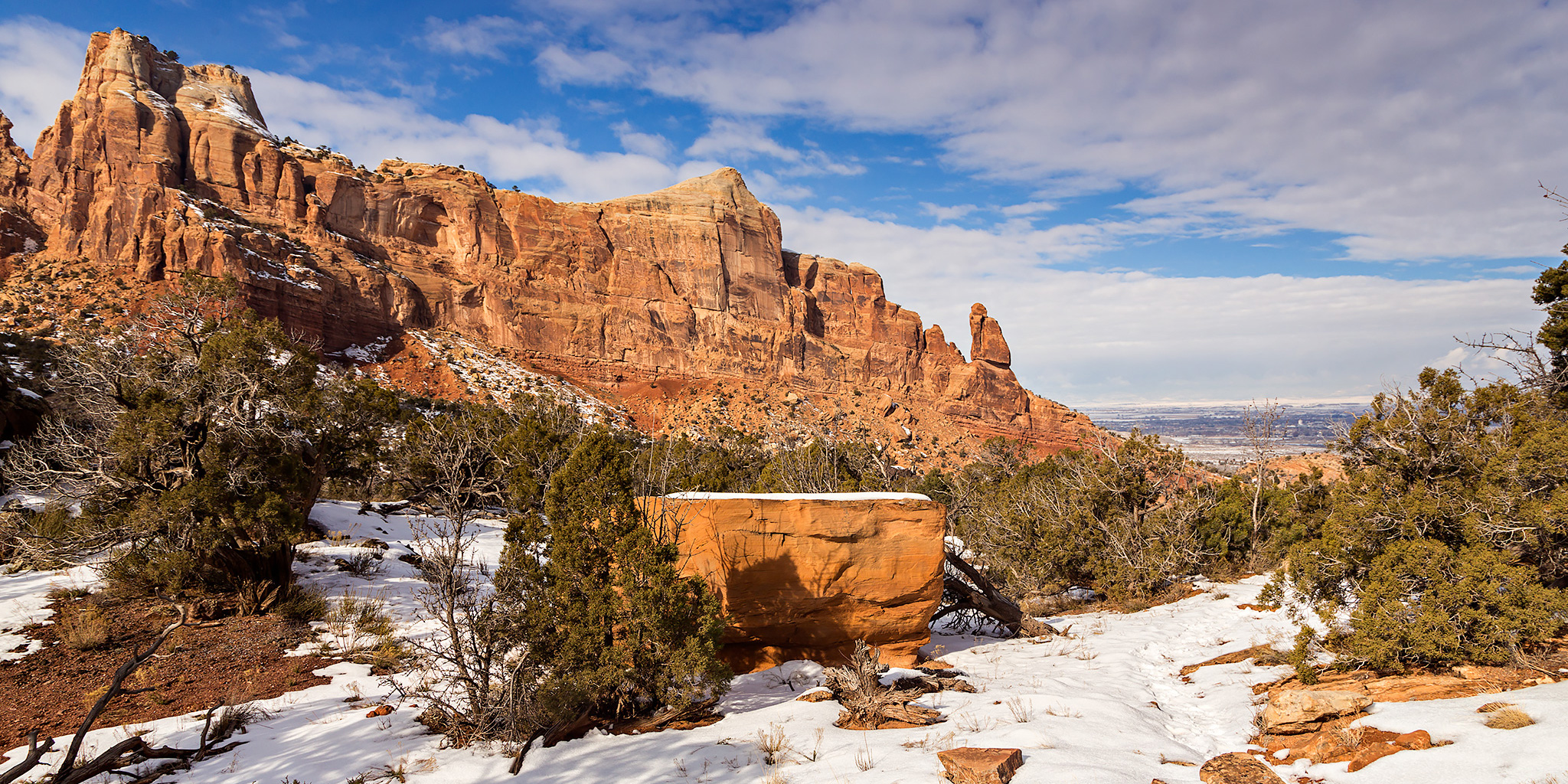 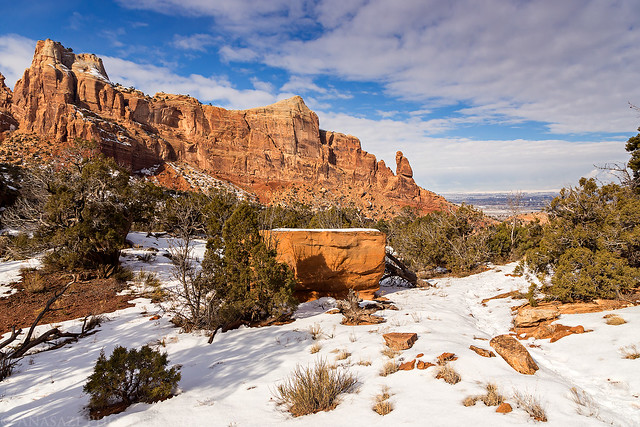 Hiking through the snow in Wedding Canyon.

Following the Wedding Canyon Trail to the mouth of Wedding Canyon. The sky was still pretty overcast at this point but the sun was breaking through a little and striking the sandstone cliffs in the distance. There was actually less snow on the ground than I was expecting. 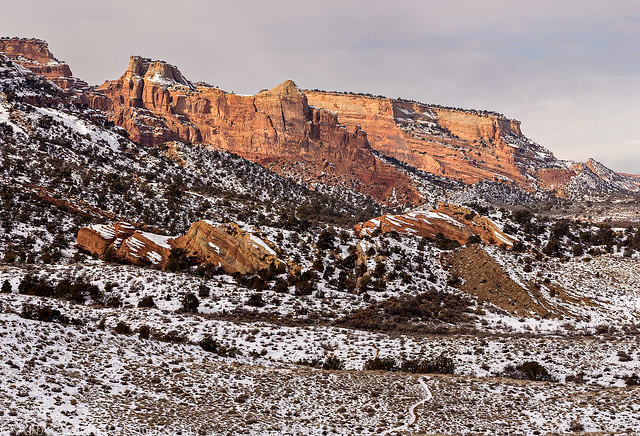 Snow and sandstone as the sky begins to clear a little. 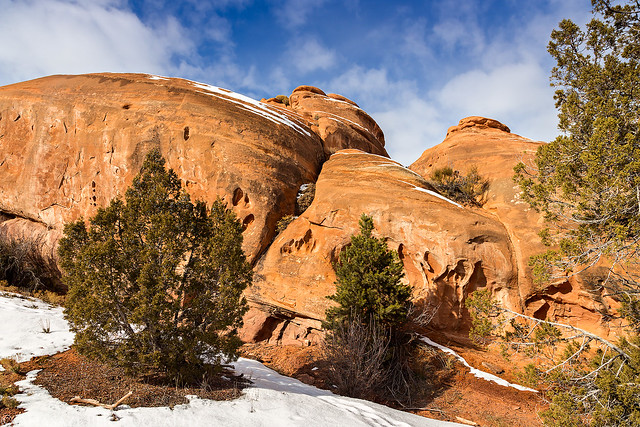 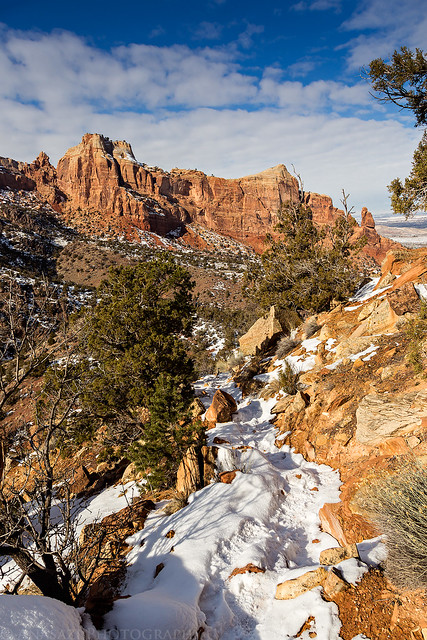 Below the sandstone cliffs of The Island. 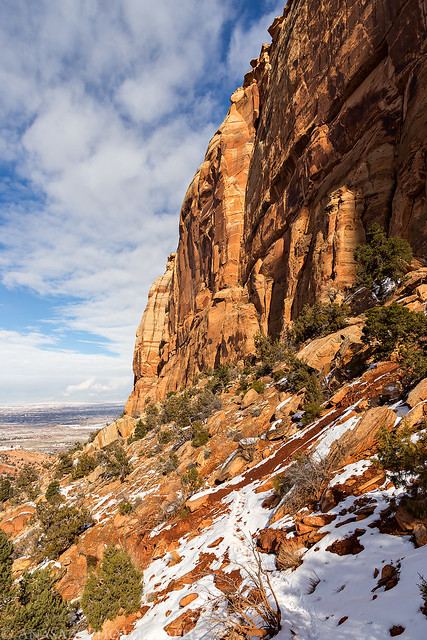 View from the upper end of the Wedding Canyon Trail shortly before reaching Independence Monument. 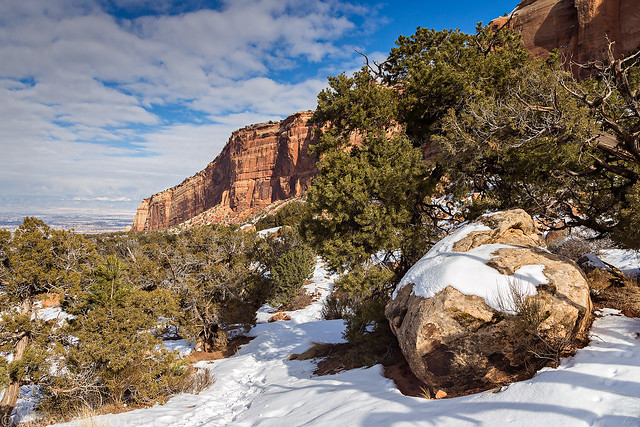 Under the tip of The Island before starting the return hike down the Monument Canyon Trail. 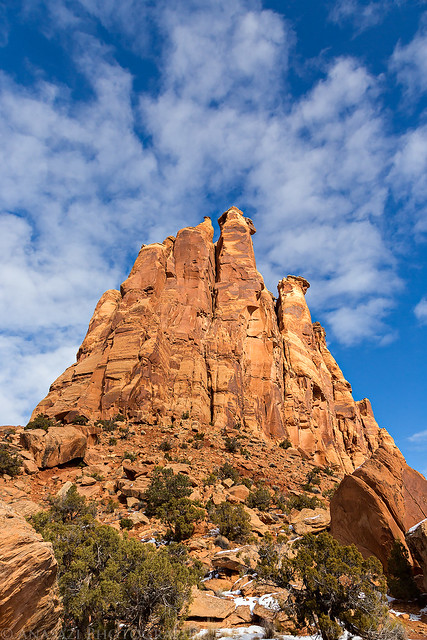 When we reached the half-way point below Independence Monument the clouds came back in force and blocked out the sun again so I didn’t end up taking any photos on our return hike down Monument Canyon. Below is a map and GPS track of this nice five-mile loop hike in the Colorado National Monument.