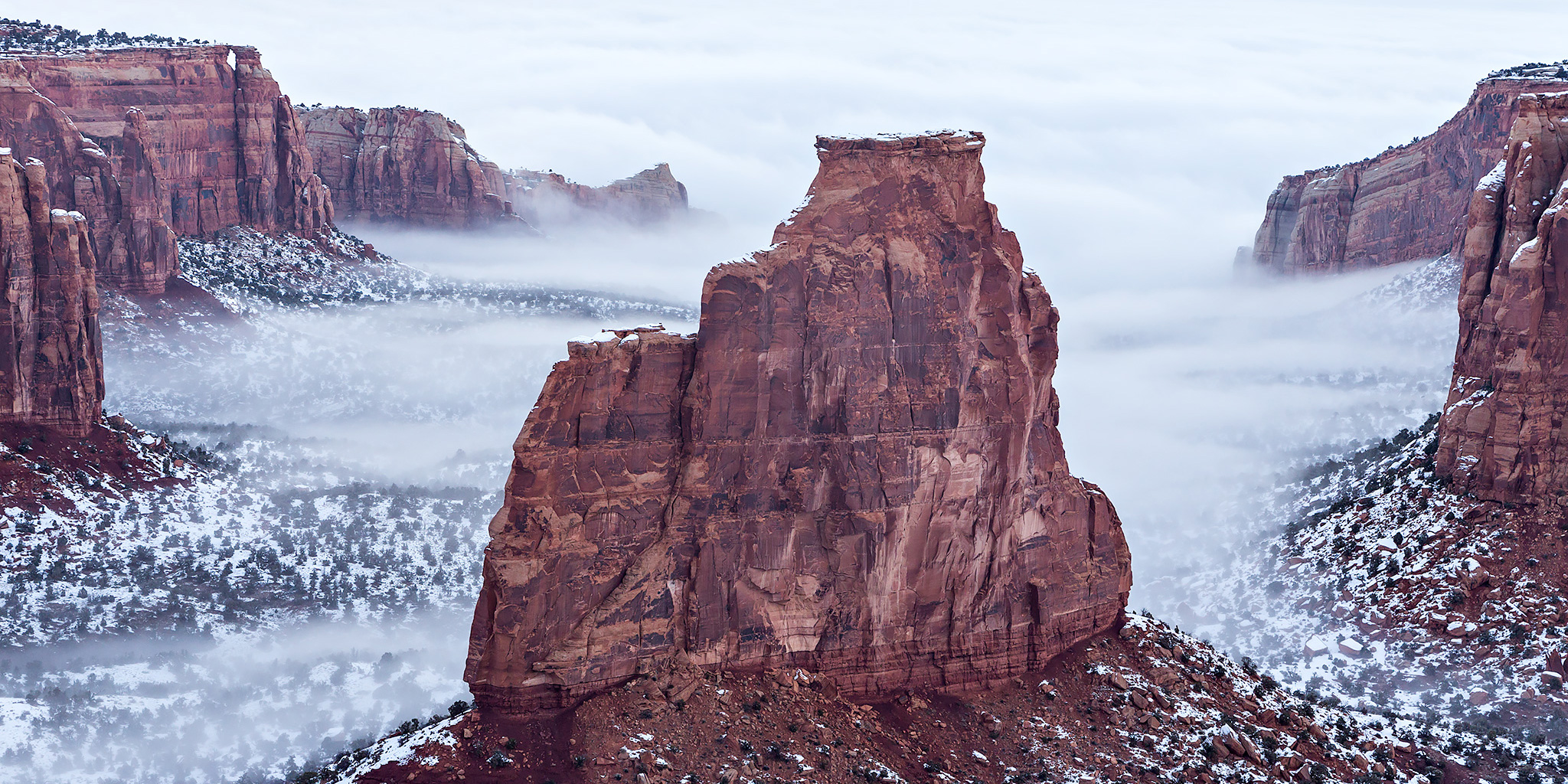 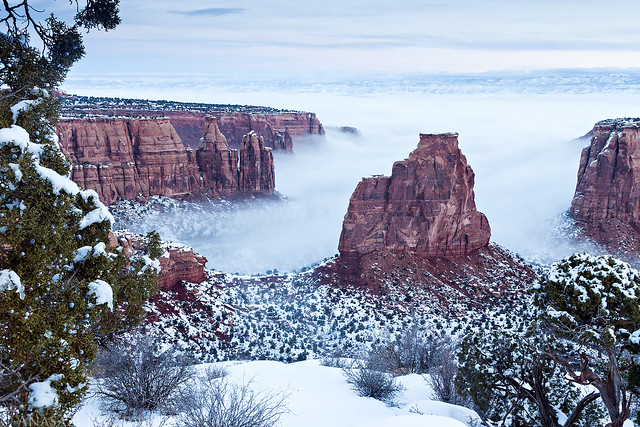 There was a fog advisory in the Grand Valley this morning so I took a chance and headed up to the Colorado National Monument to take a few photos before heading into work. The fog filled Fruita Canyon and Wedding Canyon when I arrived shortly before sunrise, but the sun never made an appearance since there were some high clouds to the east. I took a few photos and then drove back down to work. 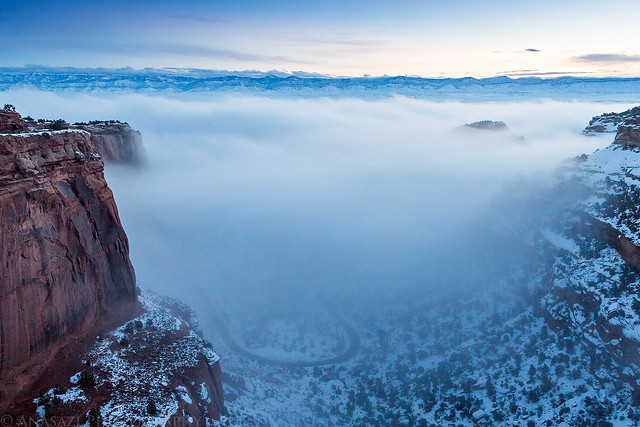 Fog creeping up Wedding Canyon to the base of Independence Monument. 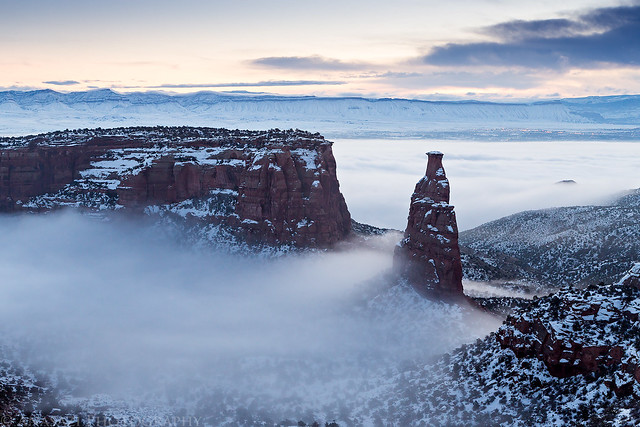 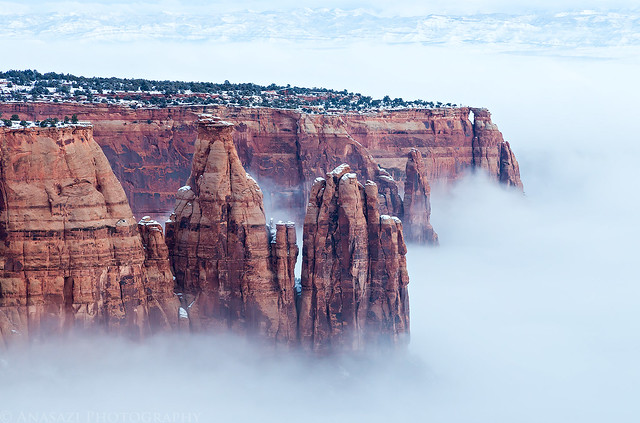 The fog begins to retreat out of Wedding Canyon behind Independence Monument. 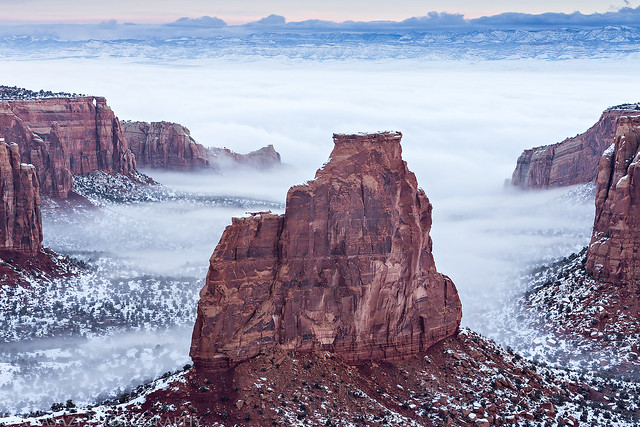 Another view of Independence Monument on my drive back out. 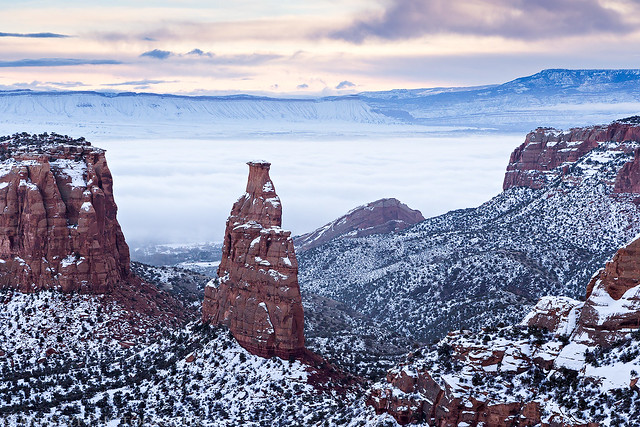 Distant View over the low clouds. 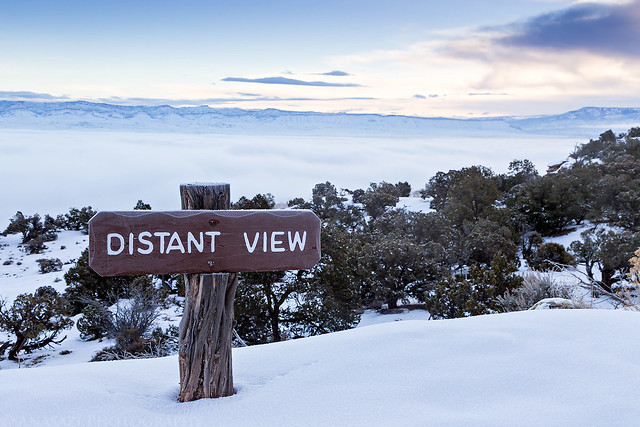 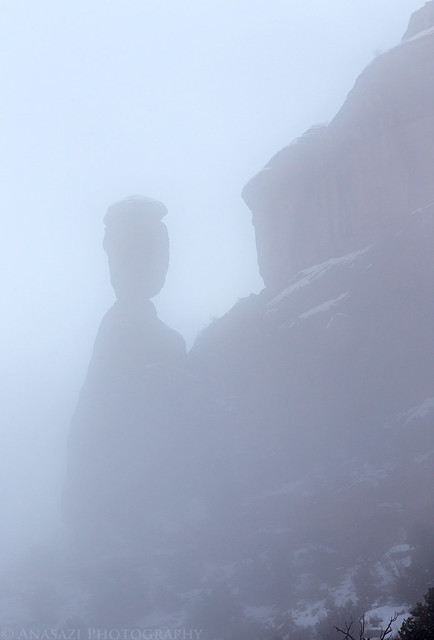 A view of Dead Man’s Curve just below the layer of fog with a little blue sky peeking through from above. 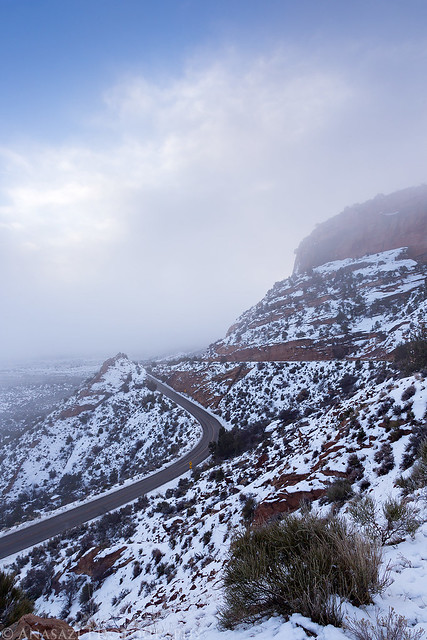 Limited views from the Redlands View. 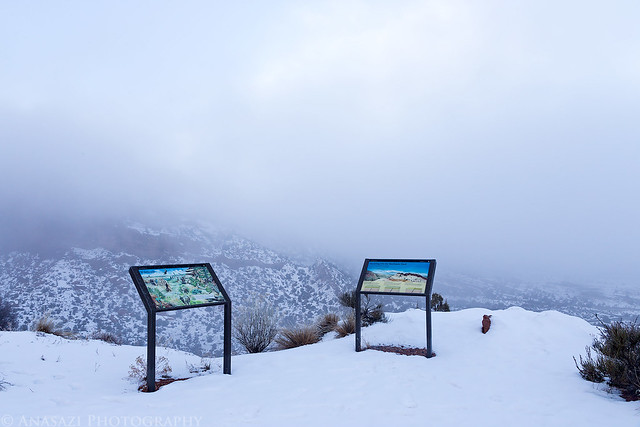