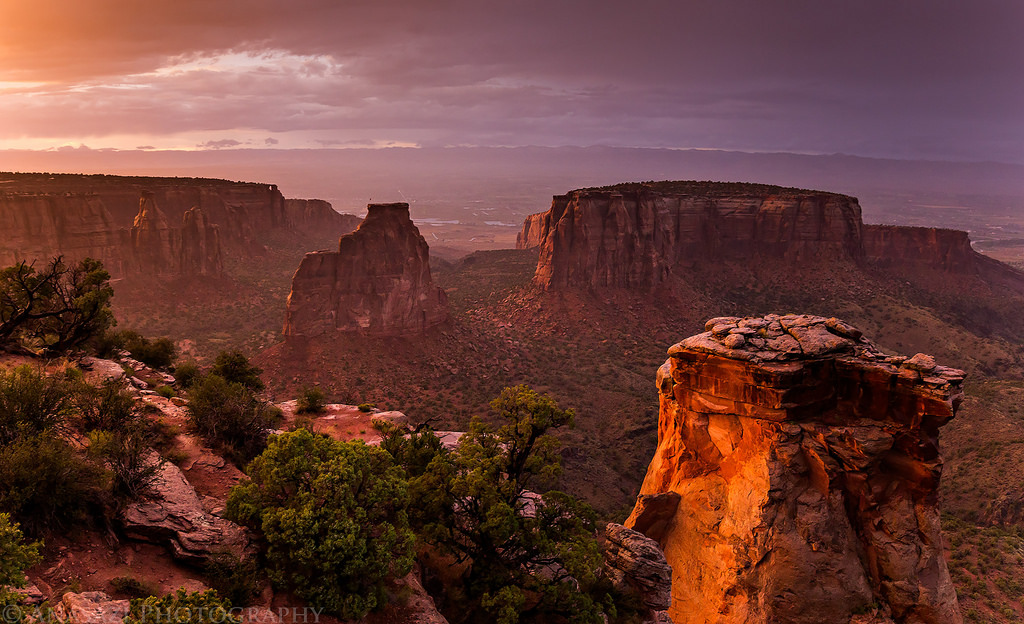 On a whim, I decided to drive through the Colorado National Monument this evening to try and catch a nice sunset. The last few days we’ve had quite a few thunderstorms move through the Grand Valley and I was hoping that tonight’s storms might create some nice conditions.

Dark clouds over No Thoroughfare Canyon and Devil’s Kitchen. 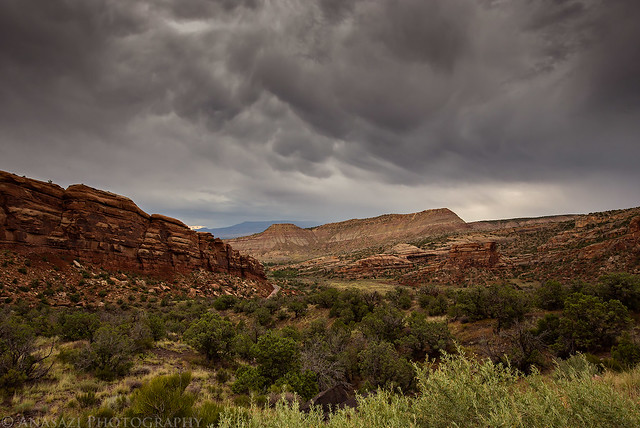 I made a quick stop at Devil’s Point as a storm moved in from over Glade Park. 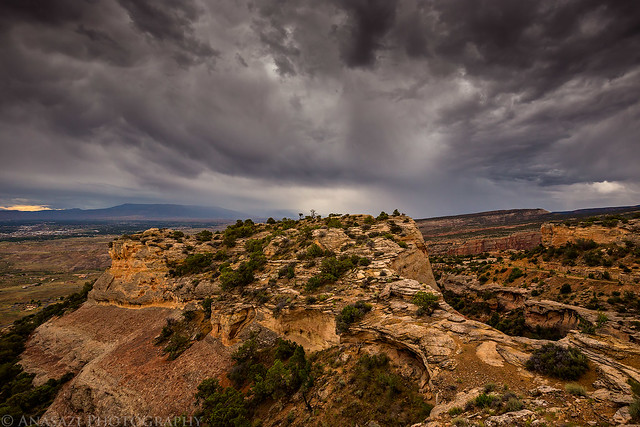 Dark clouds over this switchback in Rim Rock Drive near the top of the Serpent’s Trail. 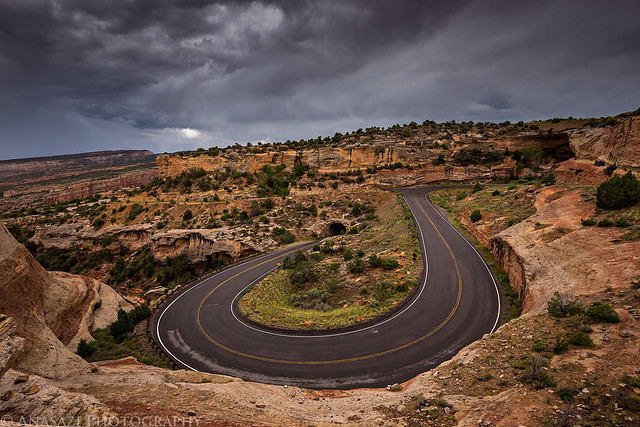 I stopped at the Red Canyon Overlook which is when the rain started to come down on me. 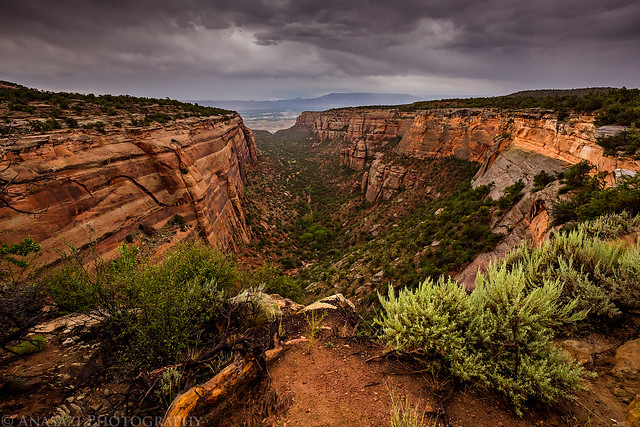 By the time I reached Grand View, I could see that there was a small break in the clouds and that the sun would be making a short appearance soon, so I stopped and waited for the light show to begin. I wasn’t disappointed, although the wind and rain really picked up and I got completely soaked while taking the rest of these photos!

A faint rainbow started to appear at the point of Monument Mesa when the sun came through a small hole in the clouds on the western horizon. The wind was blowing very hard at this point making it difficult to stand still. 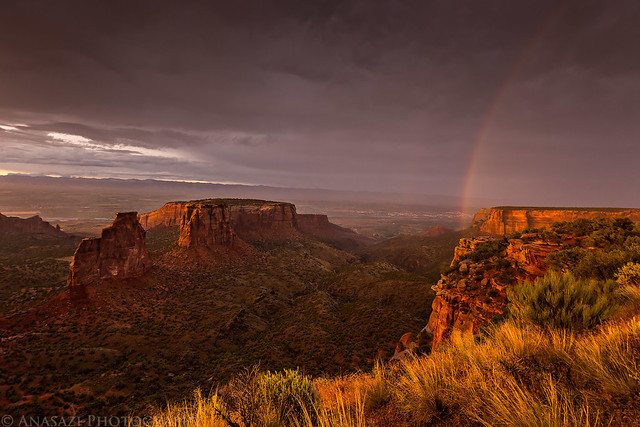 A full rainbow over the Grand View Overlook. 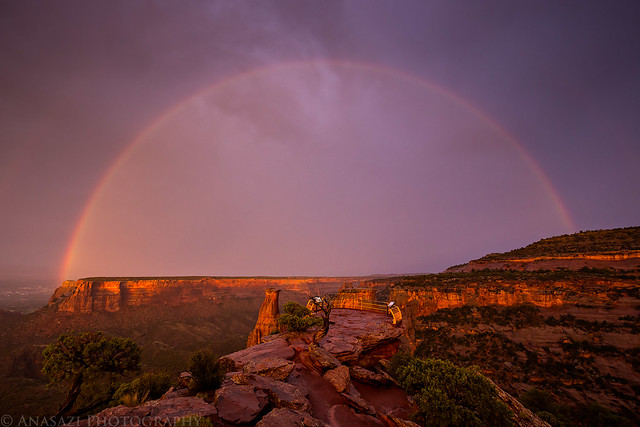 The same rainbow over Monument Canyon and the Kissing Couple from the overlook. 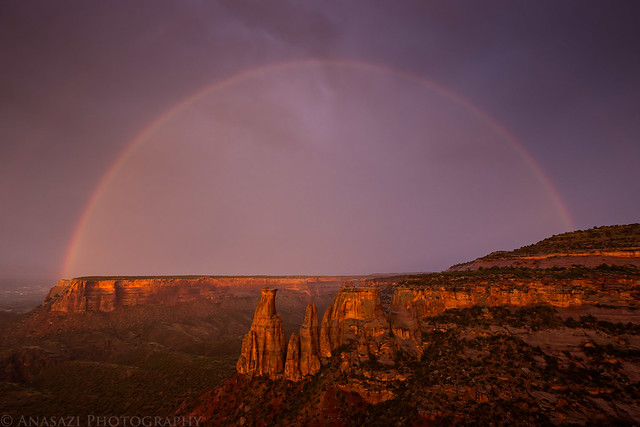 One last shot of the beautiful light through the rain before it faded. 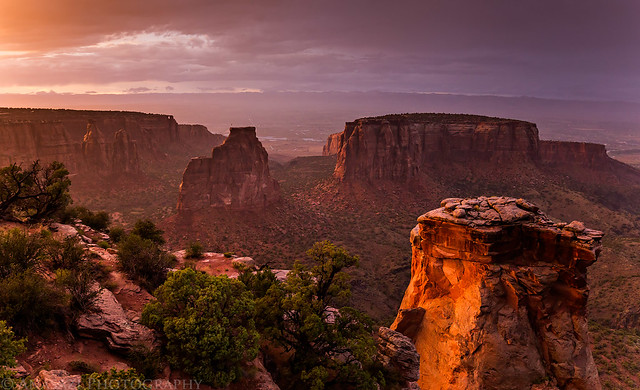