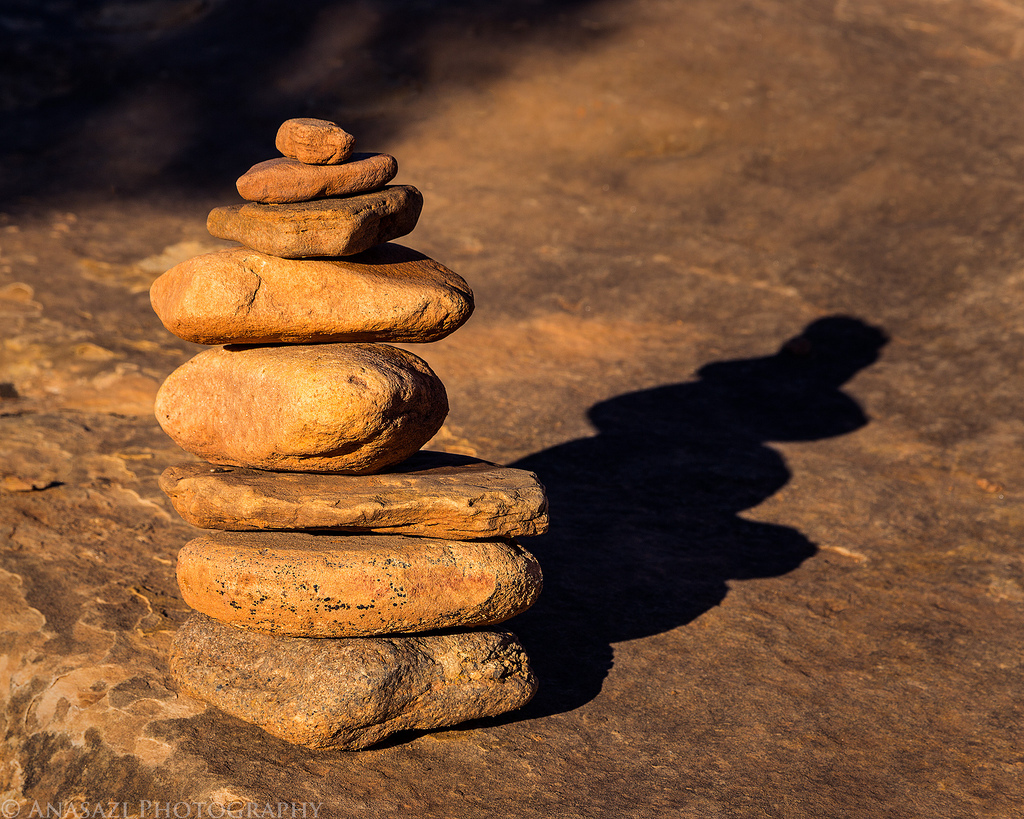 On Saturday morning I headed south for an early season hike in the Grand Gulch area. I stopped at the Kane Gulch Ranger Station as they opened for the day to pick up an annual Cedar Mesa hiking pass and then started hiking down Kane Gulch from there. There was still quite a bit of snow and ice in places, but nothing difficult. In the morning everything was frozen which made things a little easier, but on my way back in the afternoon everything had started melting and there was a lot more slippery mud on the trail in places. I first visited the Junction Ruins found at the confluence of Kane Gulch and Grand Gulch and then I continued down Grand Gulch a little further to the Turkey Pen Ruins.

Just a cairn along the beginning of the trail that caught my eye. 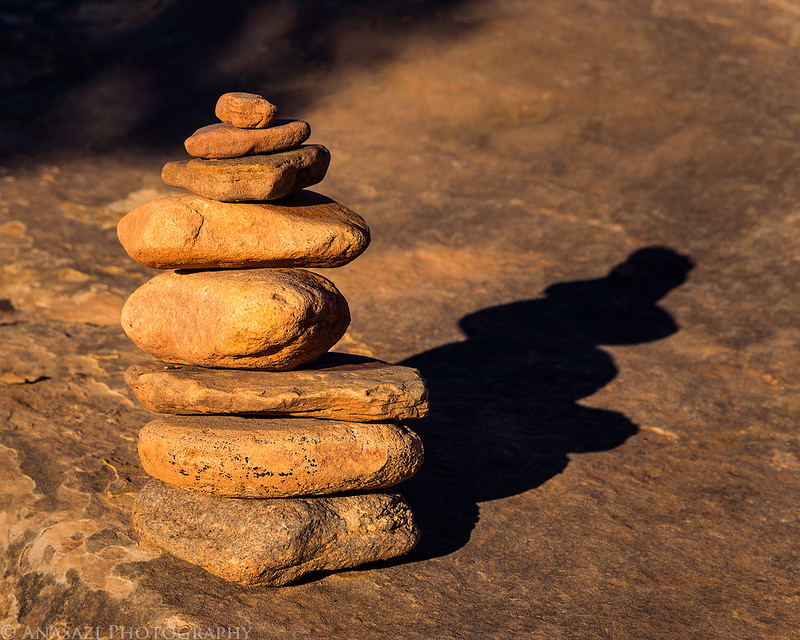 I noticed the way the light was striking these ripples in the sandstone. 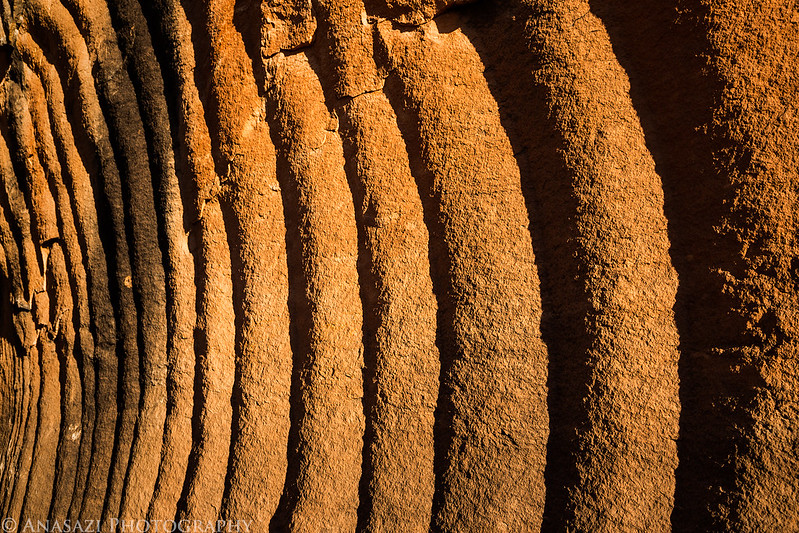 There were still some large icicles under the large dryfalls in the canyon. 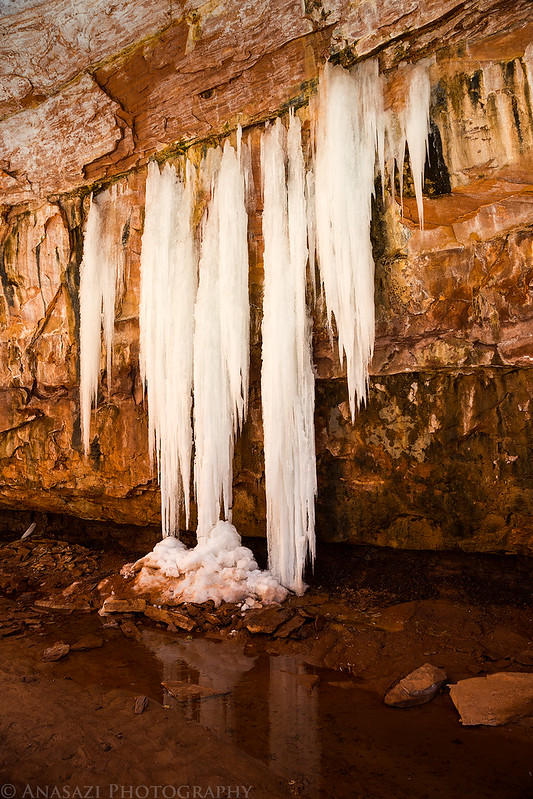 Looking up at a large overhang I hiked under. On my way back this section would be dripping with melting snow from above. 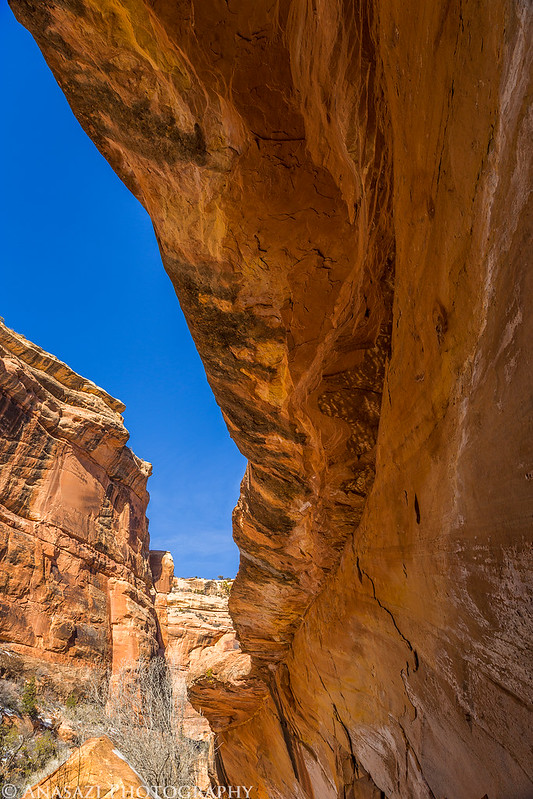 Red handprints at the Junction Ruins. 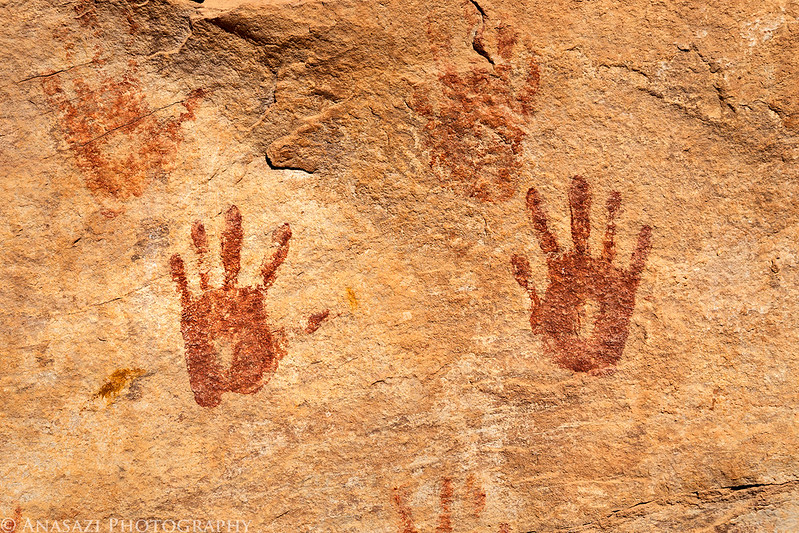 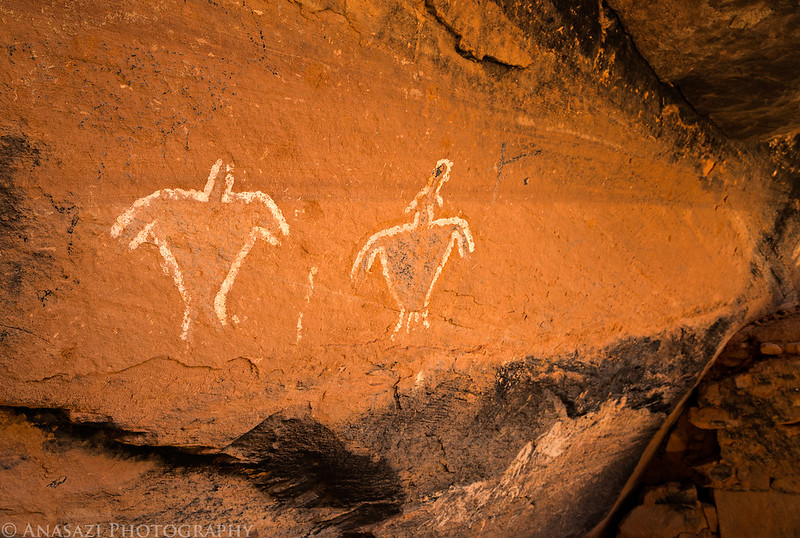 Just a snapshot of the Turkey Pen. 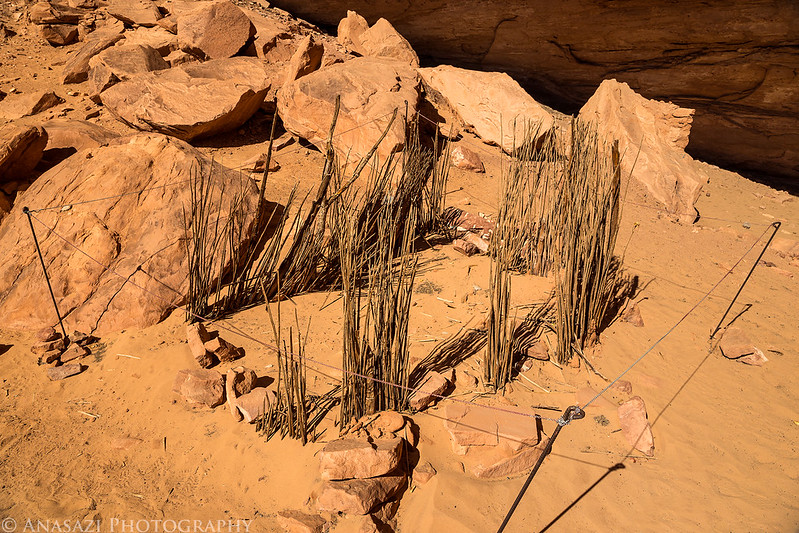 The doorway into one of the ruins at the Turkey Pen site. 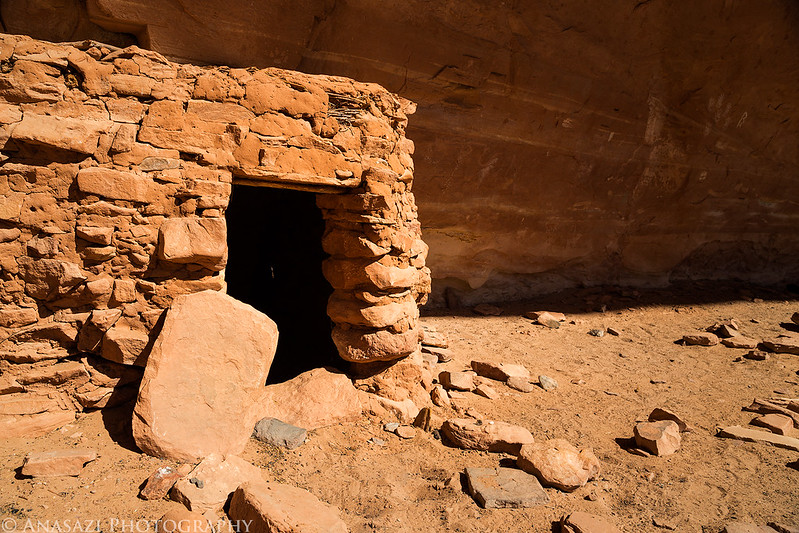 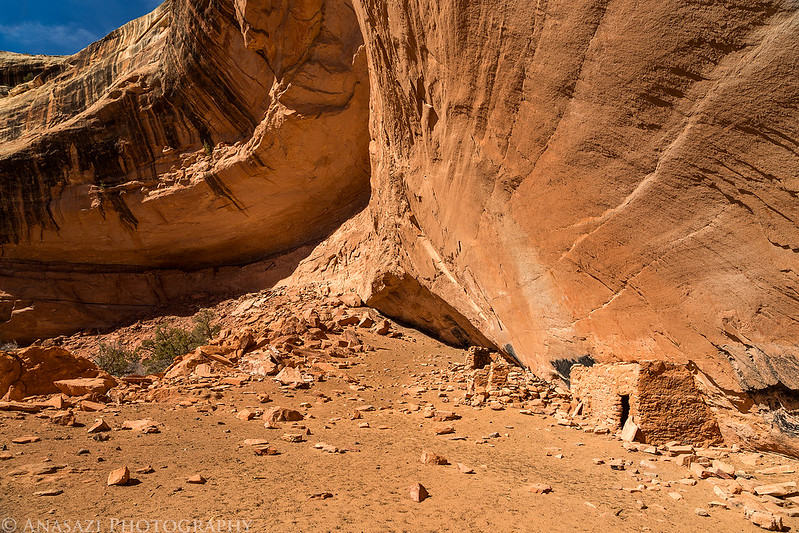 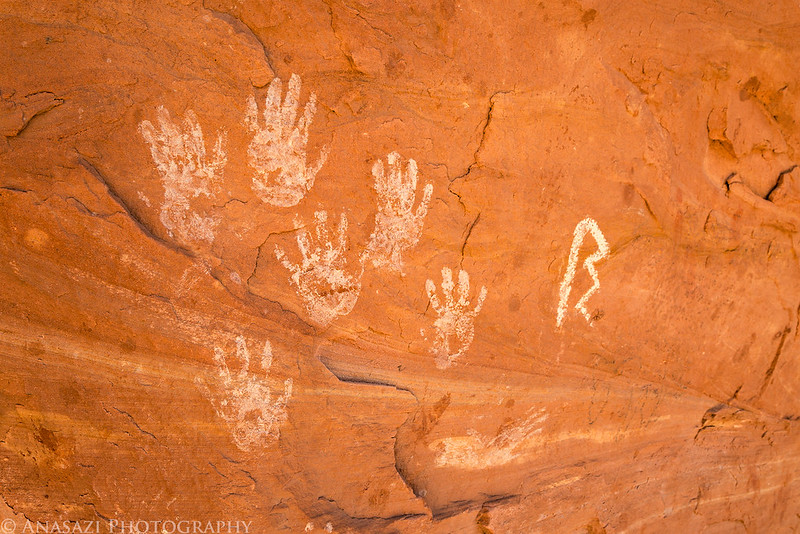 After hiking back out of the canyon I got back in my Jeep and drove around the head of Grand Gulch to Grand Flat on the other side. I was planning on hiking Collins Canyon the following day so I found a campsite near the trailhead.

My campsite for the night on Grand Flat. 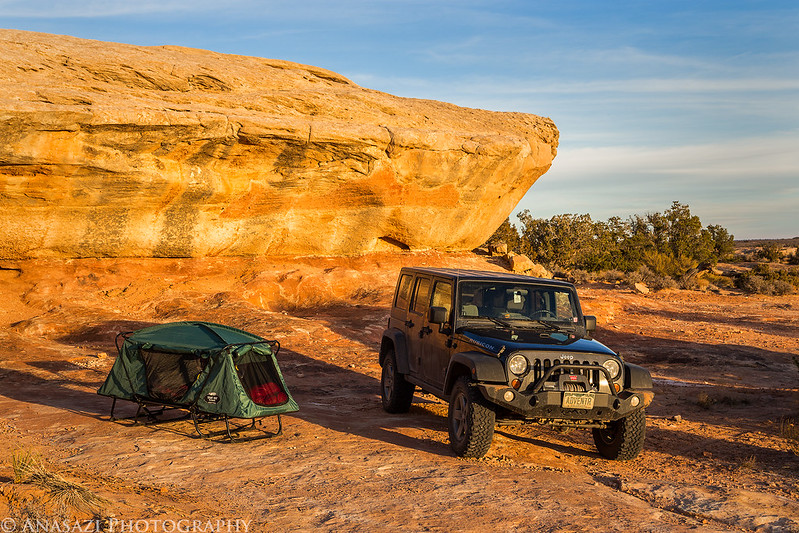 Navajo Mountain in the distance through the haze. 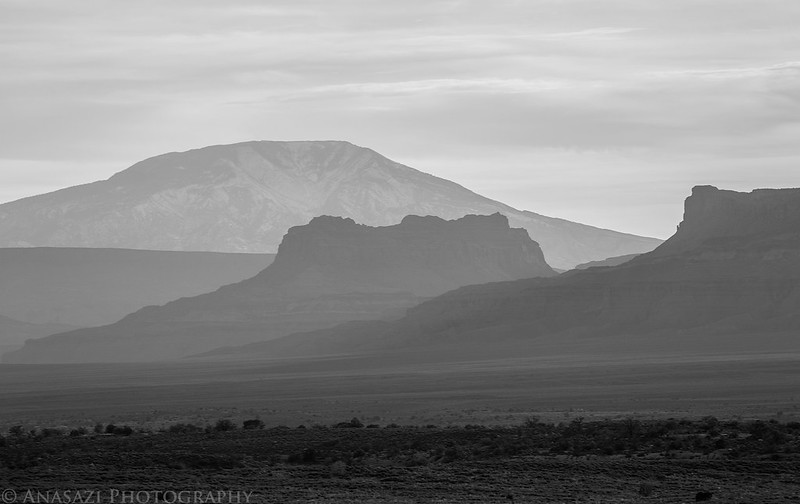 Warm afternoon light near my campsite. 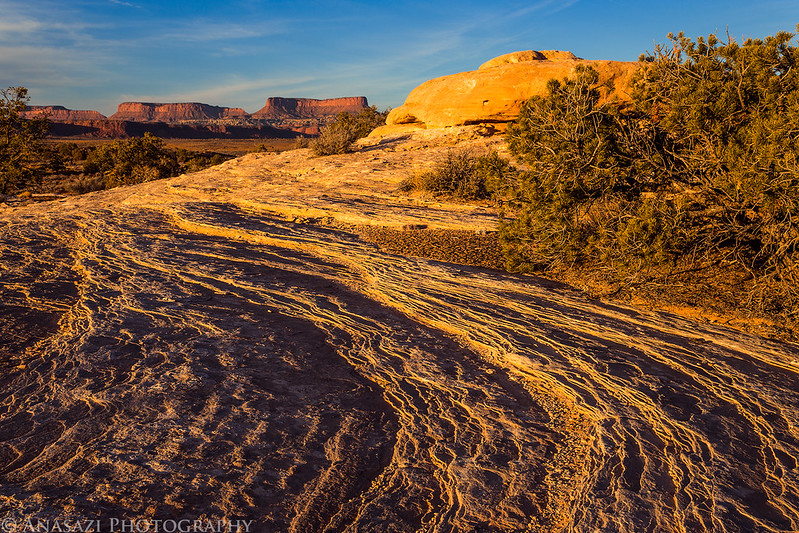