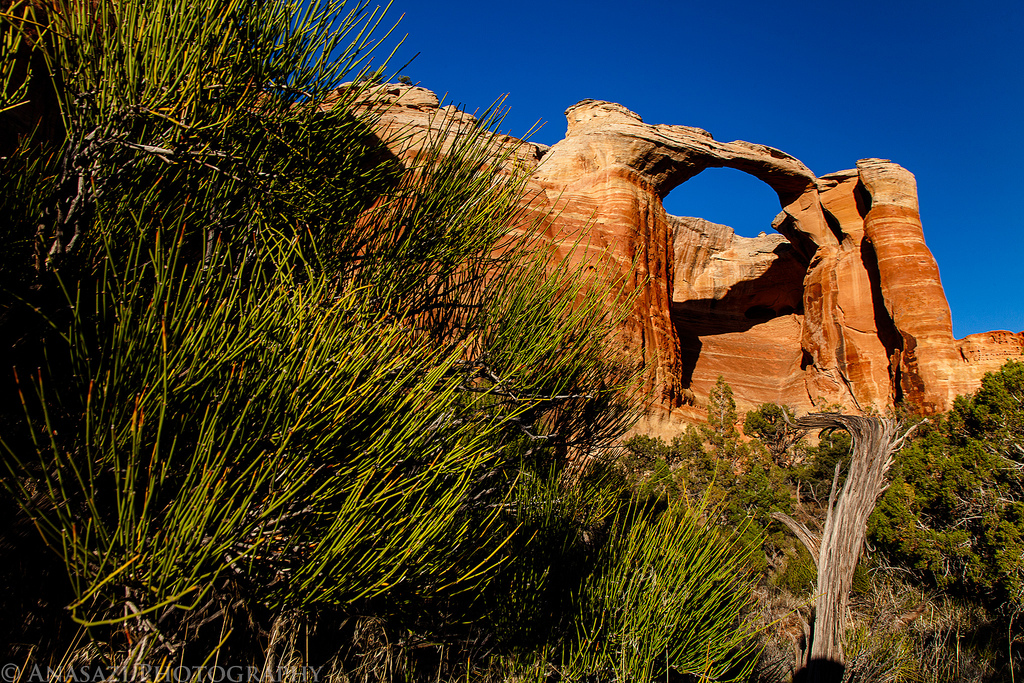 Start of the trail. 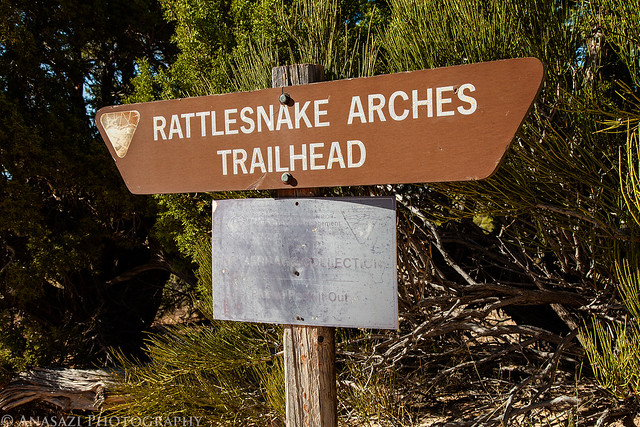 View from the trailhead over the Grand Valley in the distance. 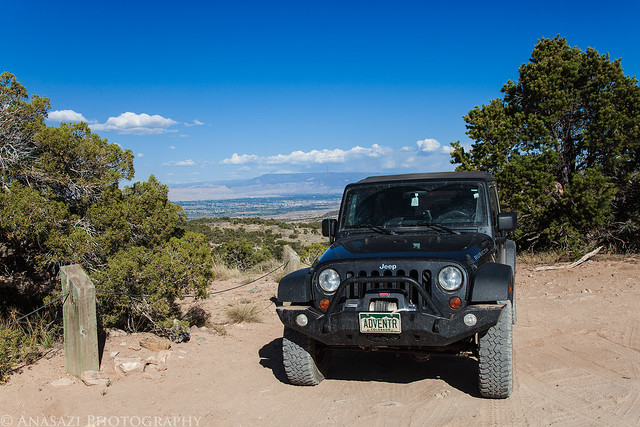 I made it to the end of the trail rather quickly which left me with plenty of time before sunset to take some photos. I went right to Rainbow Arch, also known as Cedar Tree Arch, at the end of the trail since I knew the light on that arch would be better earlier in the afternoon. Unfortunately, I was too late to catch it at the right time. I might have to return to this arch in the fall or winter for better light. 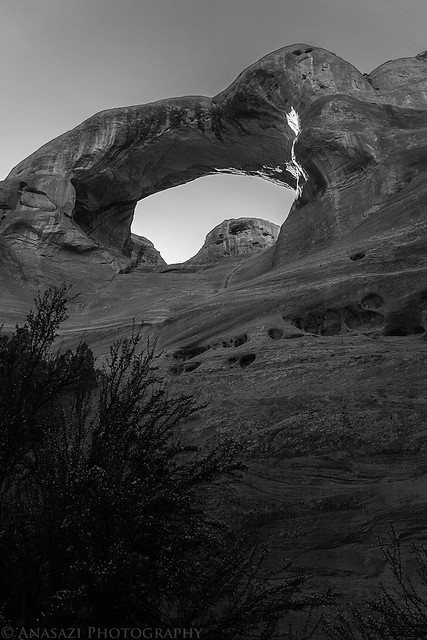 Since I was at the end of the trail I turned around and hiked back past the other arches and took a few photos along the way, but I spent most of my time at Hole in the Bride and East Rim arches as the sun dipped low into the western sky.

Looking up though the small Overhang Arch. 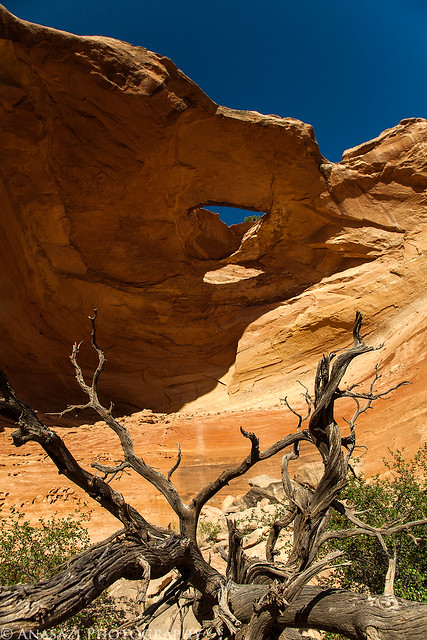 It sure would have been nice to have a few clouds in the sky, but the low-angle light on the arches was still pretty nice.

The unique double arch known as Hole in the Bridge, or just Bridge Arch. 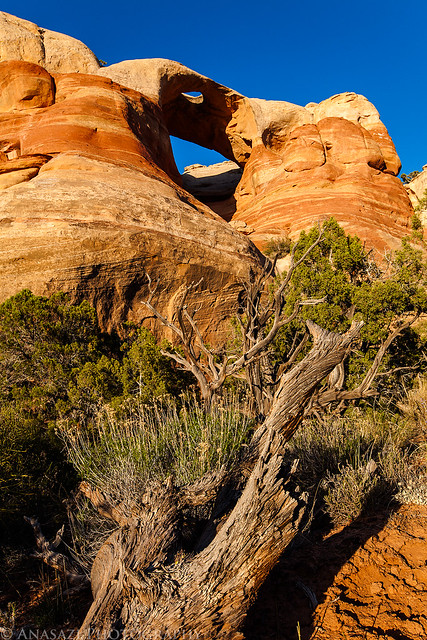 East Rim Arch is the largest along the trail…maybe that’s why it’s known by three separate names including Akiti Arch and Centennial Arch. 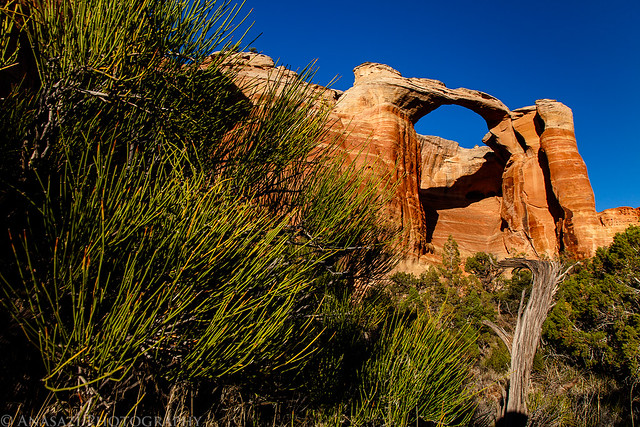 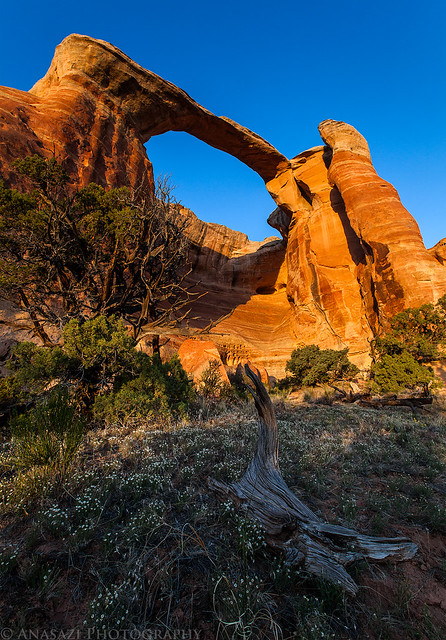 Once the sun had dipped down below the horizon I started my hike back to the Jeep. I managed to reach the trailhead just before it was dark enough for me to get out my headlamp. I finished the drive out in the dark and was home around 10pm. It was a nice way to spend an evening after work.

The last light of the day strikes the top of the canyon as I hiked back out to my Jeep. 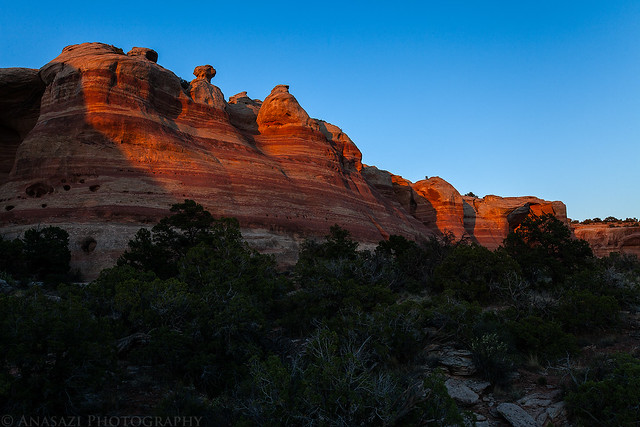