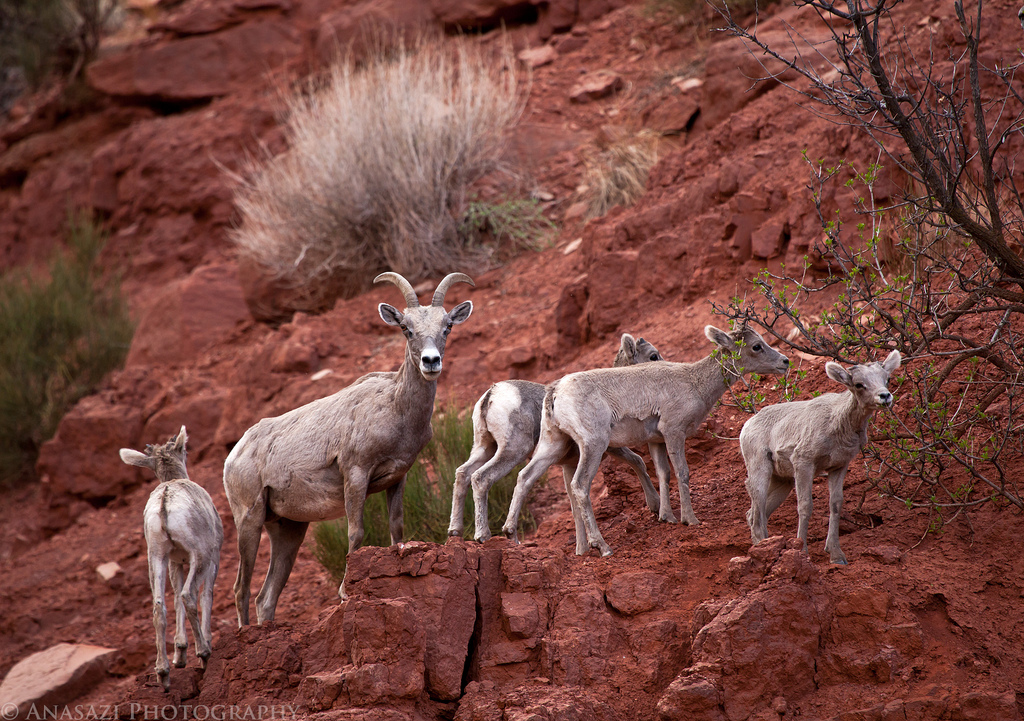 The clouds in the sky this evening were looking pretty nice, so I decided to drive up to the Monument to hopefully catch a nice colorful sunset. I didn’t get the spectacular sunset I was hoping for, but I did end up with with a few good photos while I was up there.

As I drove up Fruita Canyon I finally got a decent photo of Balance Rock in the late afternoon sun with some clouds. Usually as I drive by the sky is either completely blue, or I miss the direct sunlight on the sandstone. 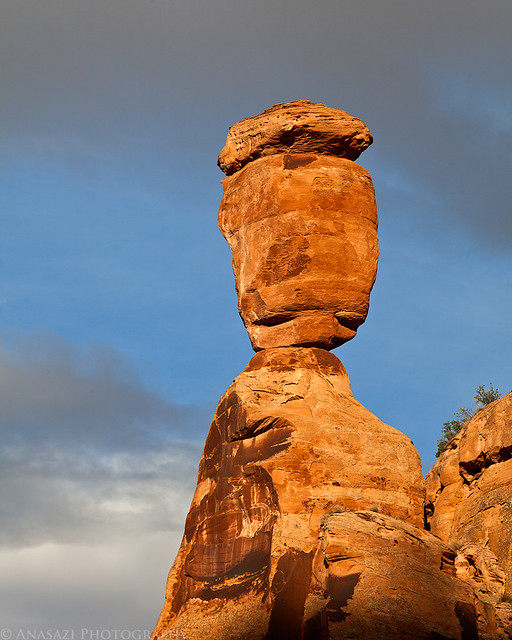 I’m glad I stopped at Balance Rock this time because I also ran into a large group of Desert Bighorn Sheep with a few babies. I grabbed my long lens and took a few photos before they were out of sight. 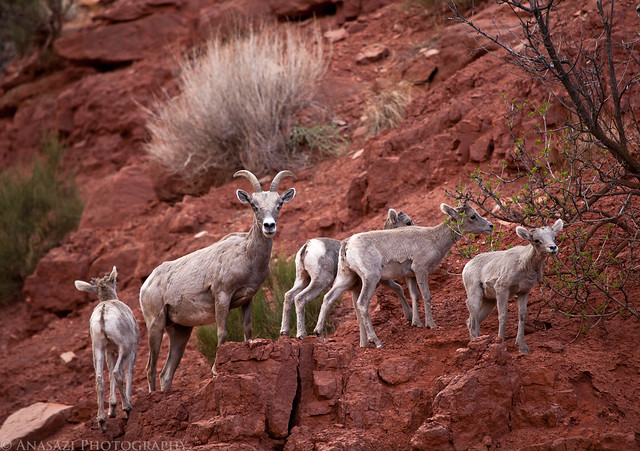 After the bighorn sheep were gone, I got back in my Jeep and decided to hike Otto’s Trail and catch the sunset from that area.

The shadows creep across the canyon floor towards Independence Monument. 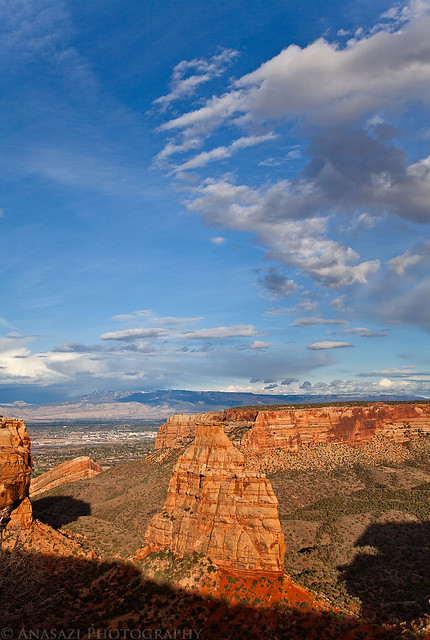 A view past the sandstone of Monument Canyon and over the Grand Valley towards Mount Garfield and the Book Cliffs. I even caught a bird flying through the photo. 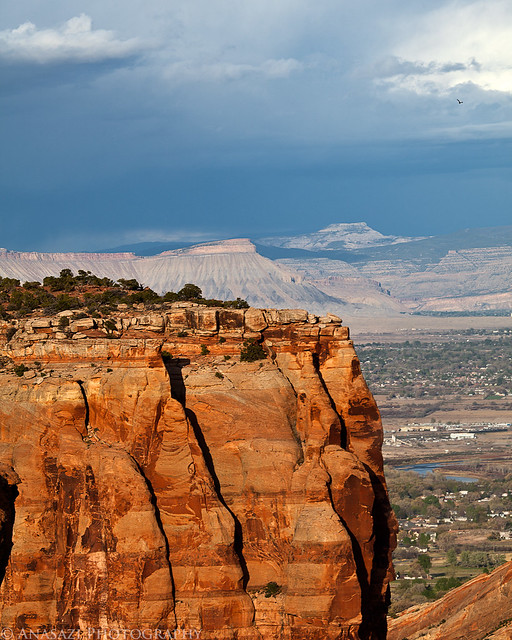 The top of the Pipe Organ right in front of me and The Island beyond. 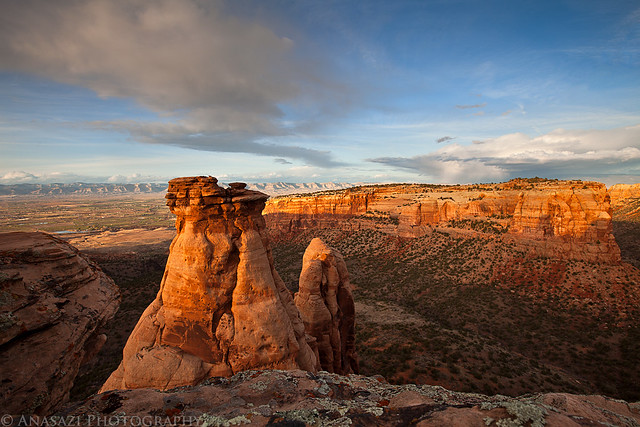 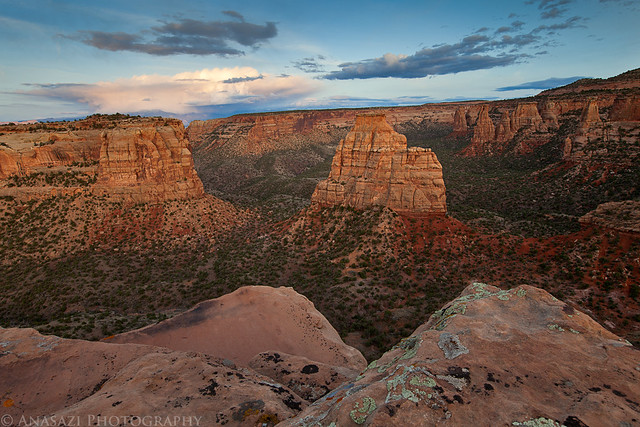 As I walked back to my Jeep in the twilight, I stopped for one last photo of this dead tree’s silhouette. 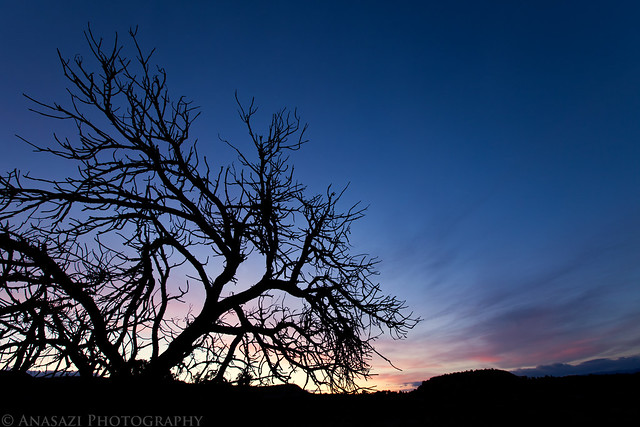