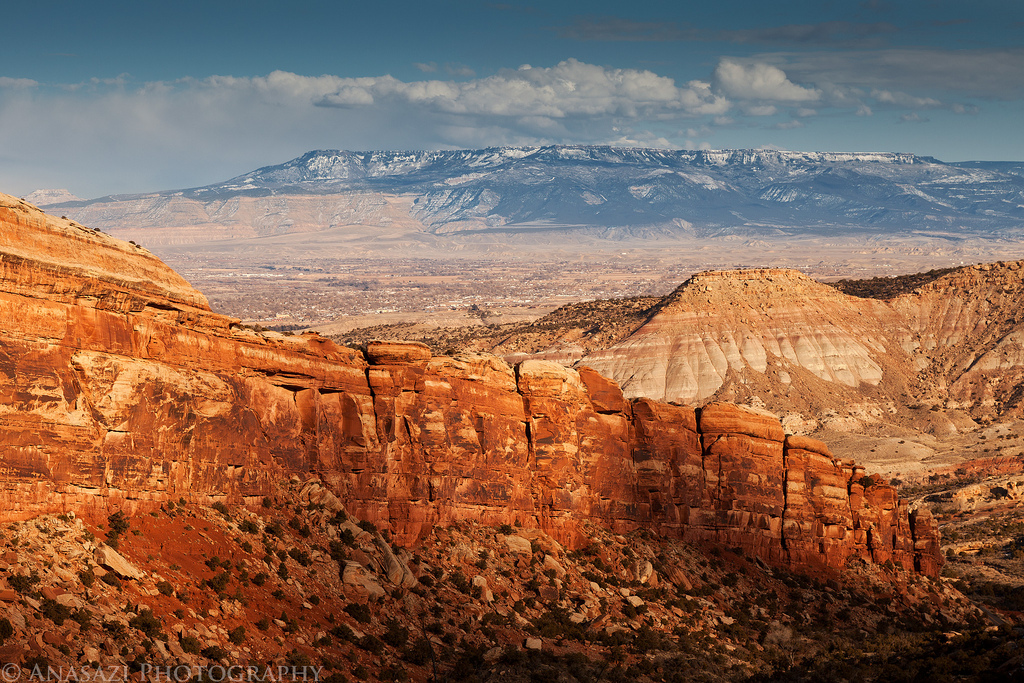 I was originally planning on heading down to The Needles District of Canyonlands National Park on Saturday, but as I was driving towards Moab I realized that I had forgotten my circular polarizers at home. They would have come in handy for photographing some new rock art sites I was looking for, so I decided to cancel that plan and make the trip another day. I continued driving to the Richardson Amphitheater and waited for sunrise. Unfortunately, there was not a cloud in the sky this morning. 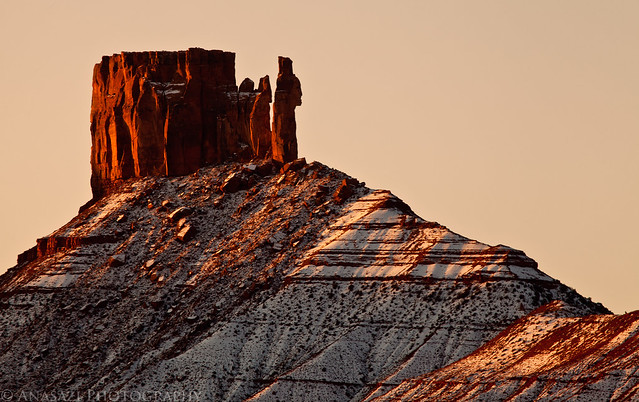 The sun strikes the red rock cliffs on the other side of the Colorado River. 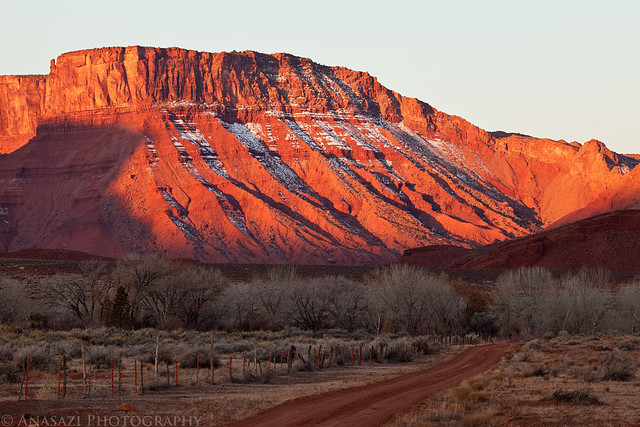 Driving back towards the highway as the sunlight creeps down the cliffs and fills the valley. 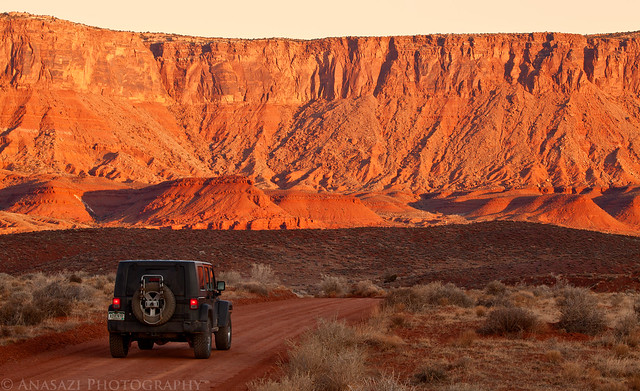 I liked the way the early morning light struck the branches of this dead tree as I explored a rough trail on the Onion Creek Bench. 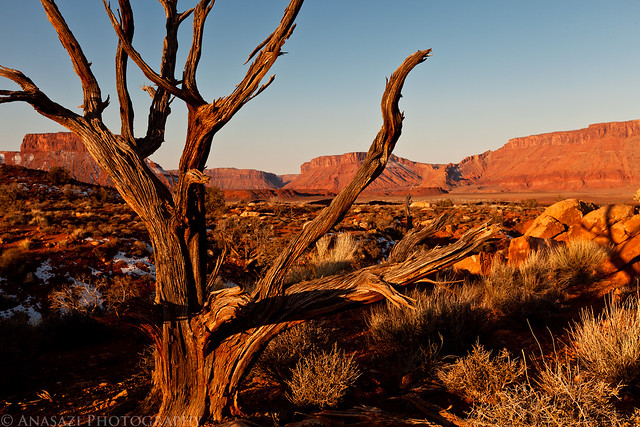 A view from the Onion Creek Bench towards Castle Rock and the Priest and Nuns. 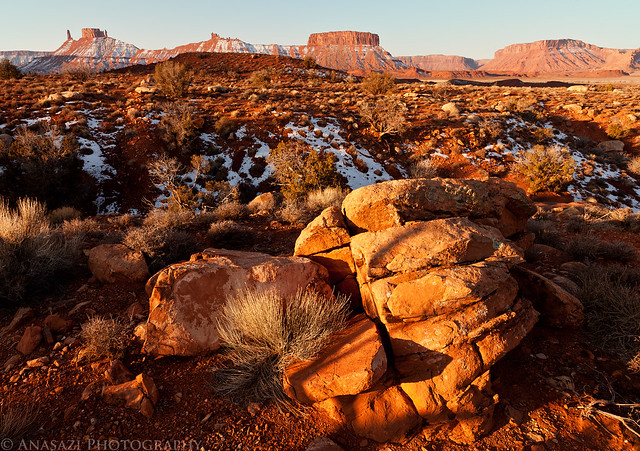 As I drove back home I spotted this Golden Eagle on a power line not far from the road. 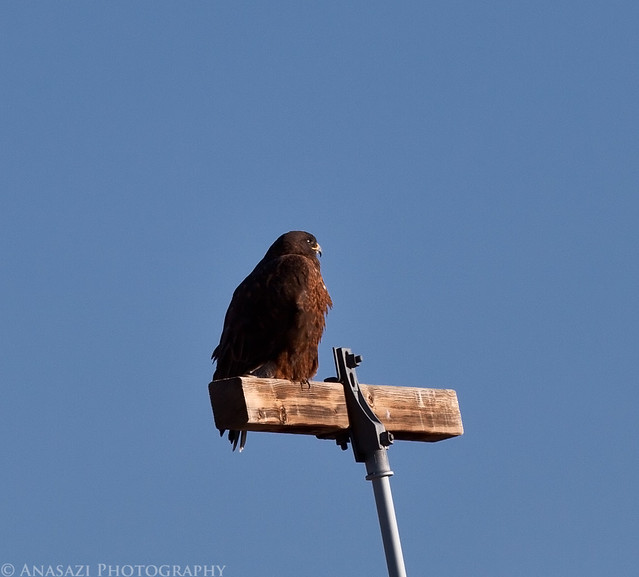 Later that evening I drove up to the Colorado National Monument for sunset and found this pothole that reflected the lichen above. 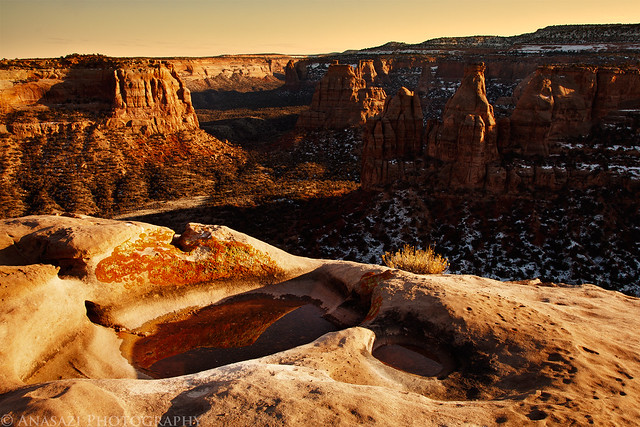 As I was leaving the Monument I noticed the moon was rising between Balance Rock and the nearby cliff, so I had to stop for one last photo. 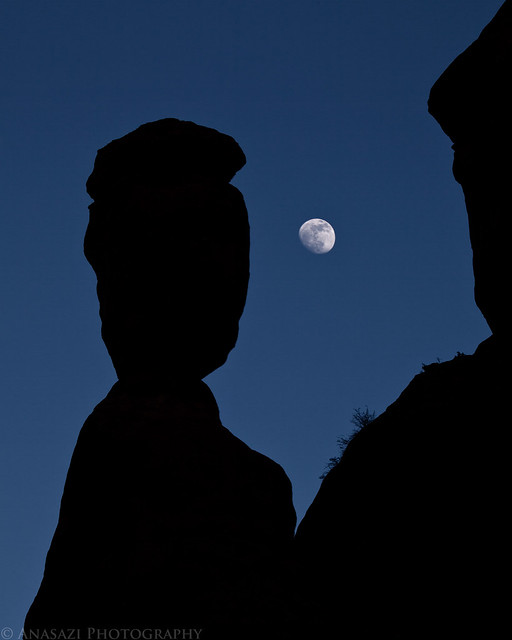 After a lazy Sunday I went back up to the Monument to take a few more photos before sunset. As I drove up the switchbacks beyond the east entrance, I stopped for a quick photo looking back towards the Grand Mesa. 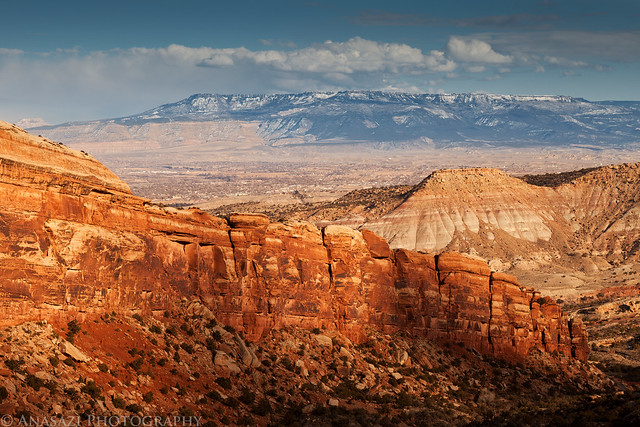 I liked the way the light was falling on the monuments in Monument Canyon when I arrived. 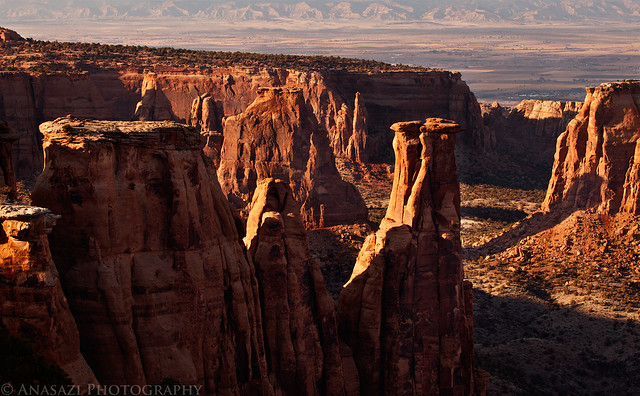 A closer look at the light falling on the Kissing Couple. 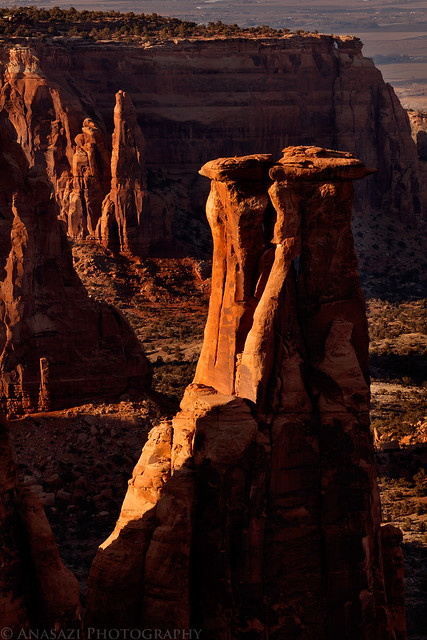