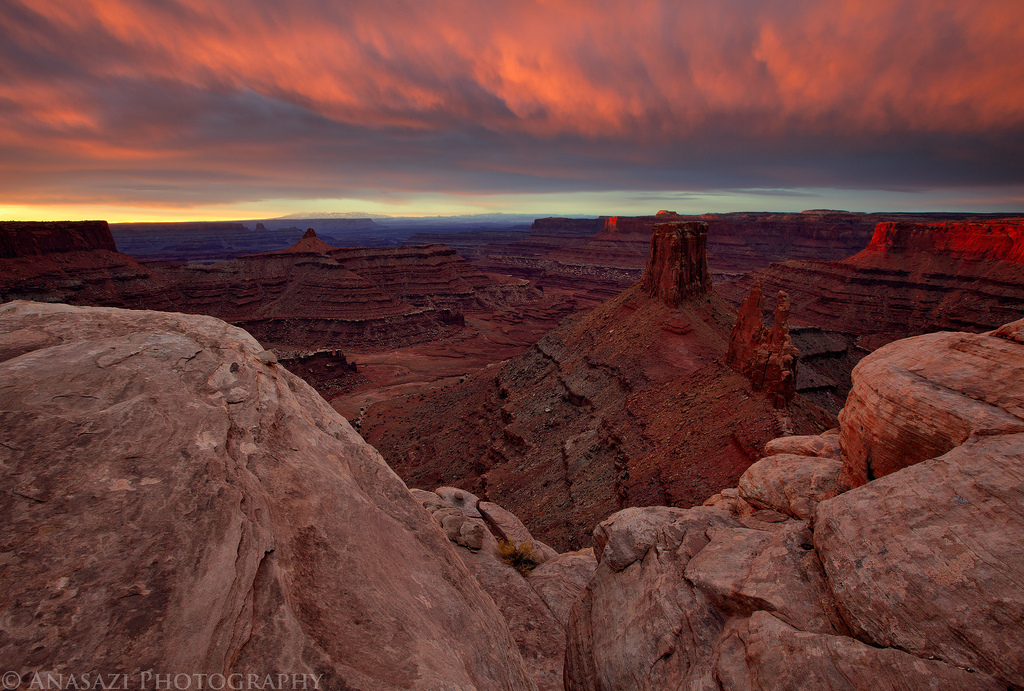 Rained Out in Moab

I was up at 4am this morning so that I could make it to Marlboro Point before sunrise. With storms moving through the area, I was hoping for a colorful and dramatic sunrise…and I wasn’t let down! As I drove out onto the point, the eastern sky started to turn a dark pink on the horizon and I could tell that things were going to be good, so I hurried out to the end of the road. Shortly after reaching the overlook and setting up my camera the light show really started. The light shining on the cliffs to the right only lasted for a few seconds and I was glad to capture the moment in time. 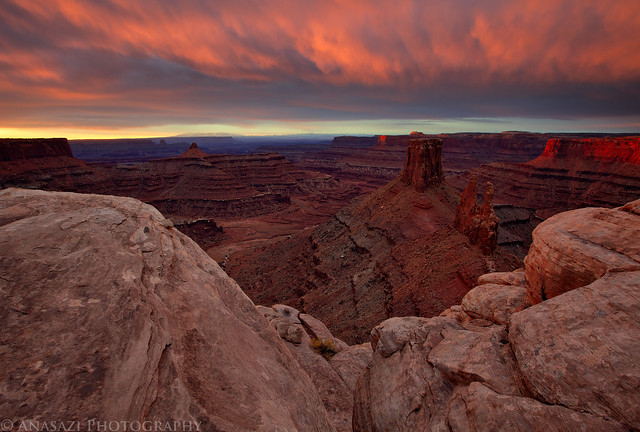 After the color in the sky was gone, I continued the drive to Moab where I met Marty at his house. While driving back the wind had picked up quite a bit and it started to snow and rain. We were planning on visiting a new petroglyph site not far from his house, but we decided to wait for a break in the storm before we headed out. Once that break came, we made our way to the petroglyph site.

This was the first panel we visited and there were a few others in the area. 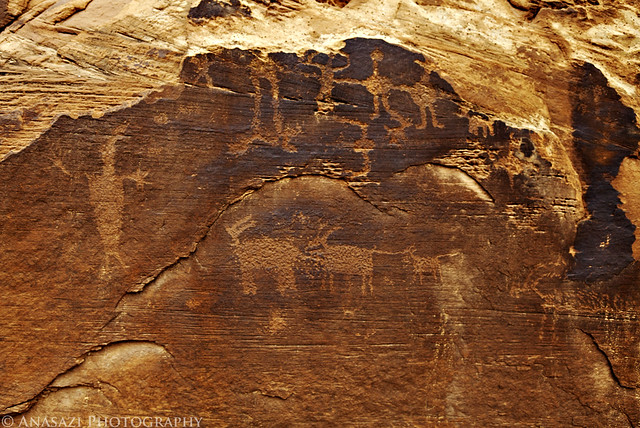 There seemed to be a few lines of small petroglyphs in a few of these panels. 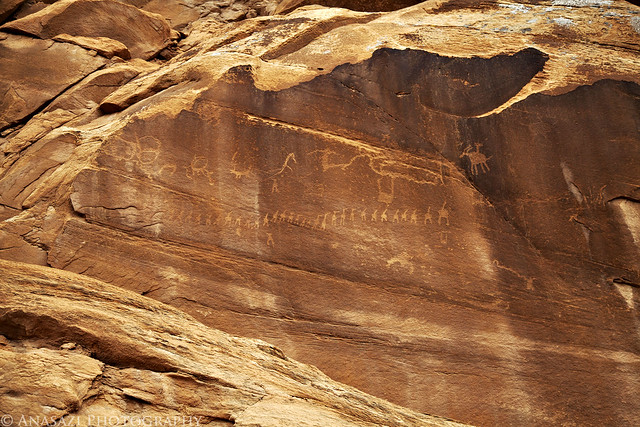 Though it’s harder to see, this panel also has a line of small figures plus a few larger anthropomorphs. 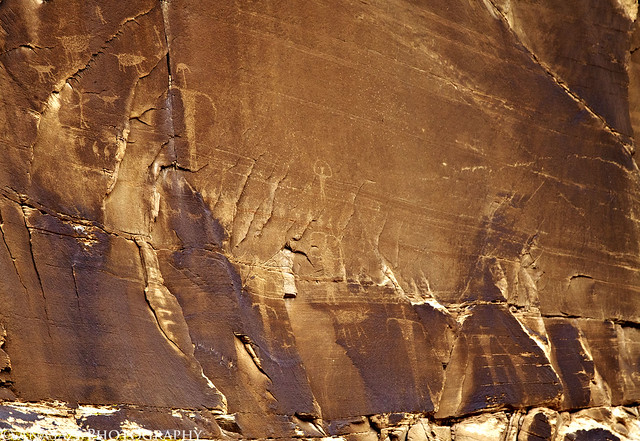 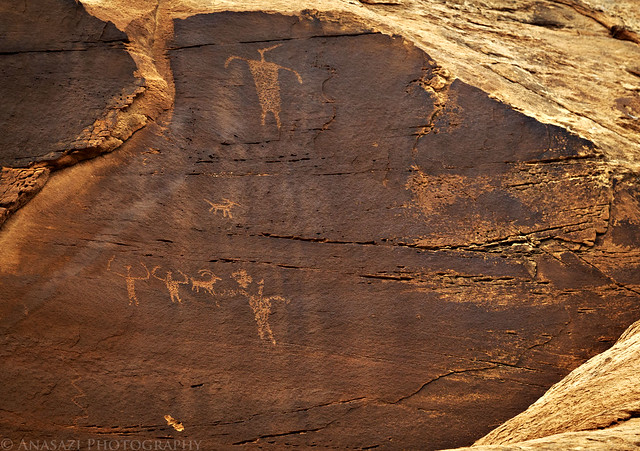 These anthropomorphs were carved above us. 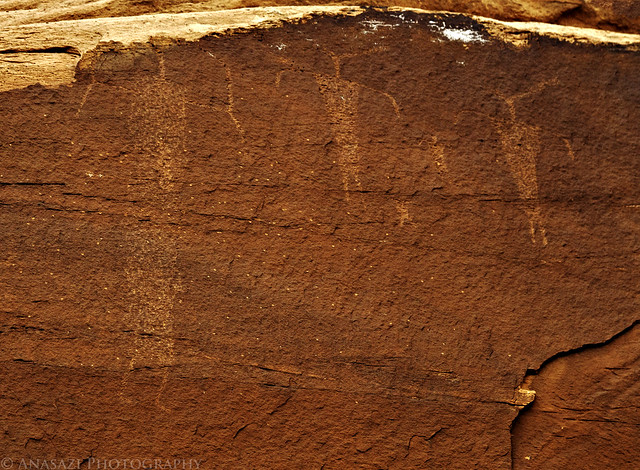 Many of the figures in these panels appeared to be ‘jumping rope,’ but this one was in the best shape. 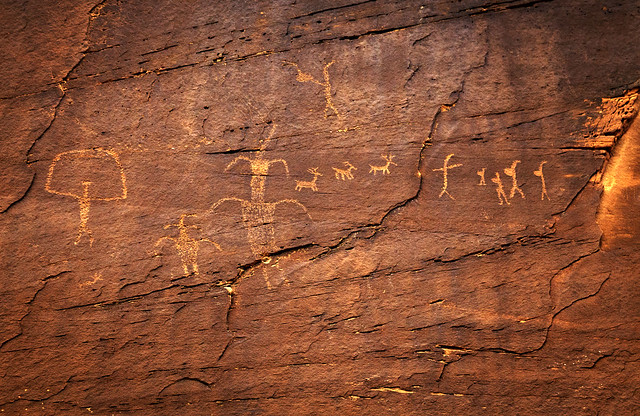 As we finished up photographing the petroglyphs the wind picked up again and started blowing sand around. We quickly hiked back to the Jeeps before it started to rain again. Since the weather wasn’t looking good again, we decided to call it a day early and I headed home before noon.

Since I didn’t stick around Moab too long, I decided to visit the Colorado National Monument later that evening to photograph the sunset. Even though the sunset didn’t even come close to matching the spectacular sunrise I had witnessed earlier in the day, there was a little color in the clouds over the cliffs of the Uncompahgre Plateau. 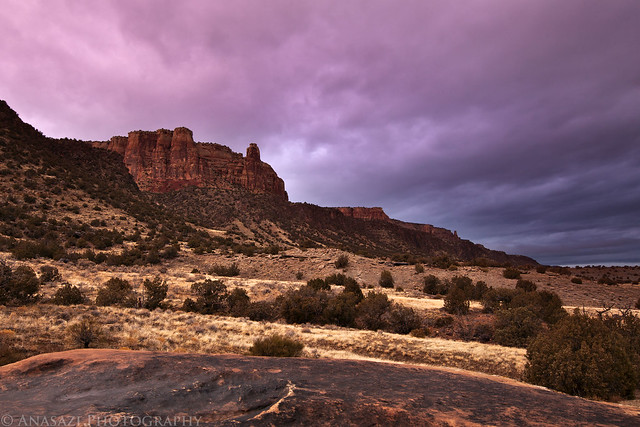 >> Rained Out in Moab Photo Gallery