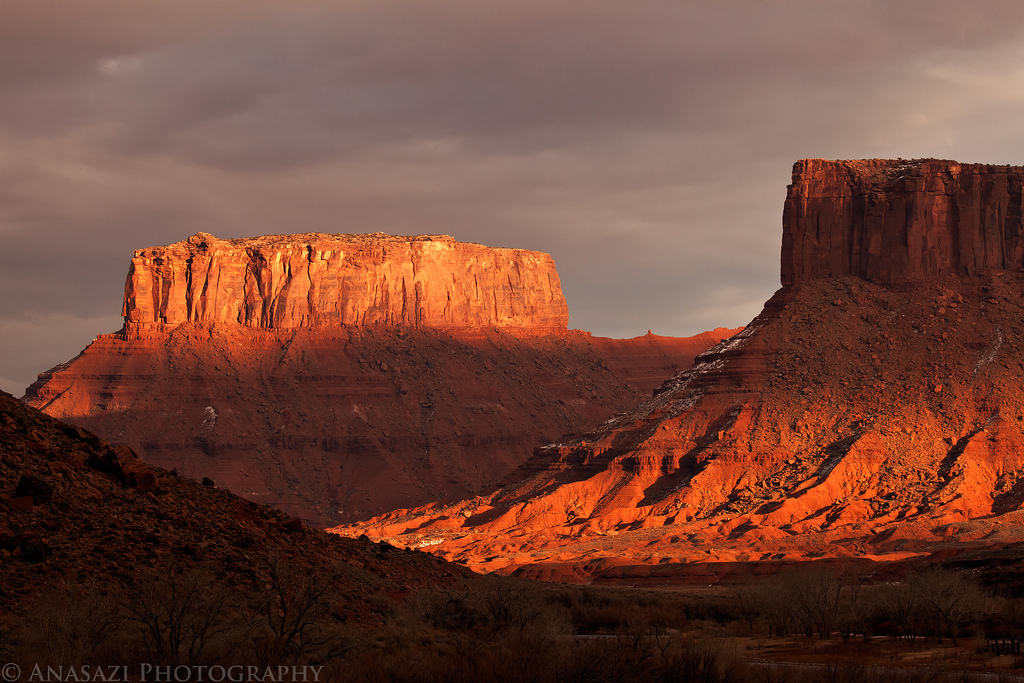 As I neared the Fisher Towers the sky and clouds began to light up. It was an amazing display! 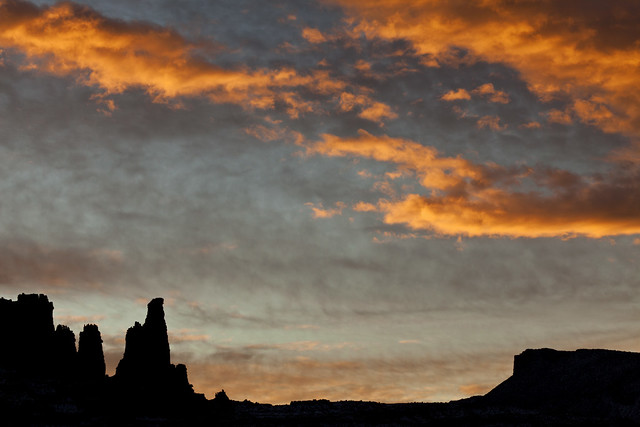 A closer look at the Fisher Towers. 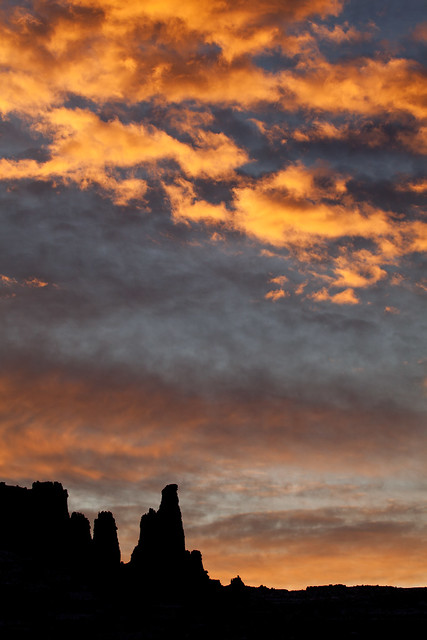 After finally reaching Moab and meeting up with Marty we drove up the Poison Spider Trail so that we could begin our hike. 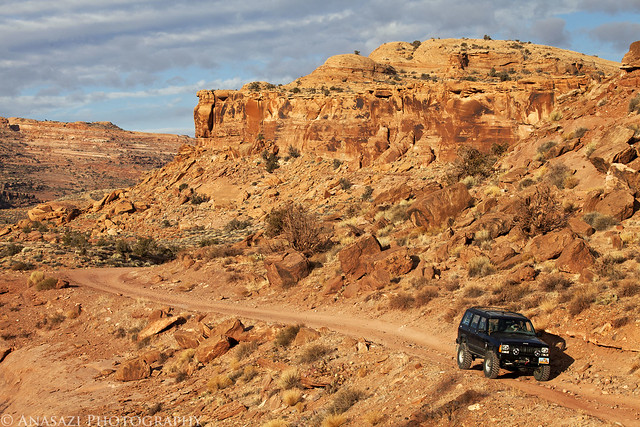 We hiked into a land of fins and mazes to try and find the petroglyphs I was looking for. I had tried to find these particular panels twice before from below, but had no luck. I was hoping to reach them from above, but that also proved to be difficult. Eventually we did manage to find the area that I thought the petroglyphs might be in, but we could find no way down from above. We tried scrambling down a steep boulder-filled gap between large fins, but were turned back by a ten foot dryfall that we could not climb down. We climbed back up to the top and made our way back to our Jeeps. We didn’t find the petroglyphs from up here, but it was a beautiful area to hike around in.

We found this arch as we explored around the Poison Spider Trail. When I got back home, I looked it up and found out that it’s known as Longbow Arch. 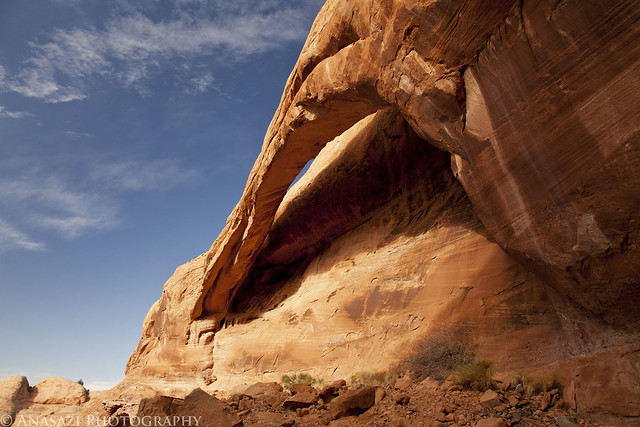 We did not reach the area with the petroglyphs from above, but while we were up there exploring I spotted a possible route from below that I had not tried yet. We still had plenty of daylight left, so I talked Marty into trying to reach them from below again. As luck would have it, this route worked out well and only involved a little bit of scrambling. We were soon in the sandy pocket hidden within the fins.

As we hiked across the sand, Marty spotted this apparent grave site. Anyone out there know anything about it? 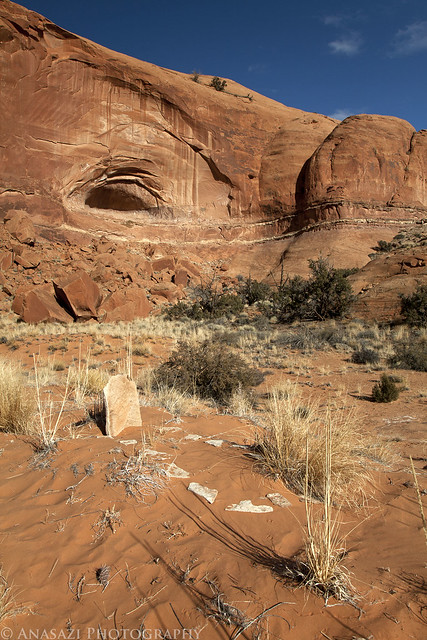 Finally! The first petroglyphs of the day. I was getting worried that we wouldn’t find anything new today! 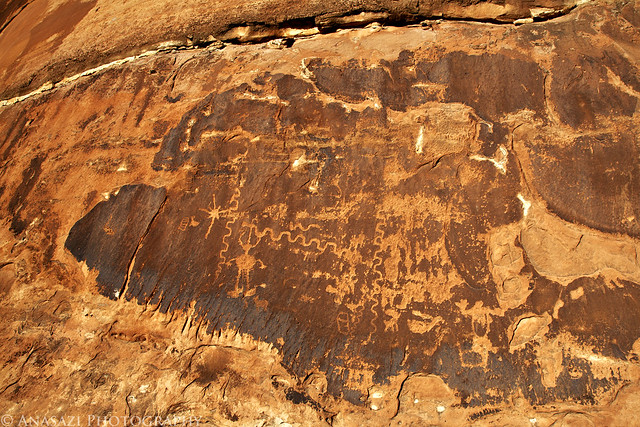 These faded petroglyphs were nearby. 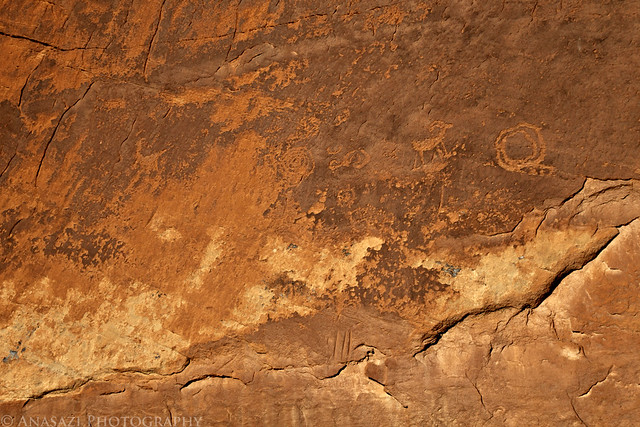 After searching the area I finally found the petroglyph I was looking for; The Polka Dot Man. This figure is much larger than it looks in the photo. It’s located high up on the sandstone wall, so I had to crop this photo pretty good. I’m going to need to return with my telephoto lens in the future for a better photo. 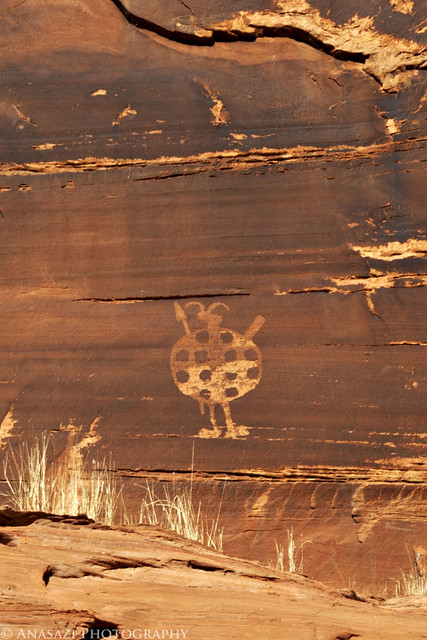 This awesome panel was also found nearby.

Marty picks his way through the boulders to come see the petroglyphs. 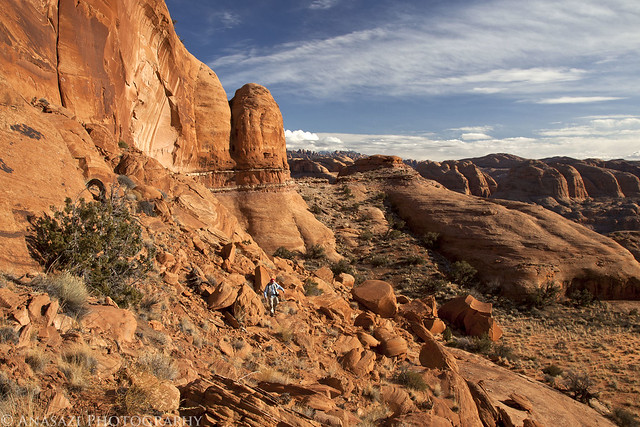 There was also a great view from up near the petroglyphs. 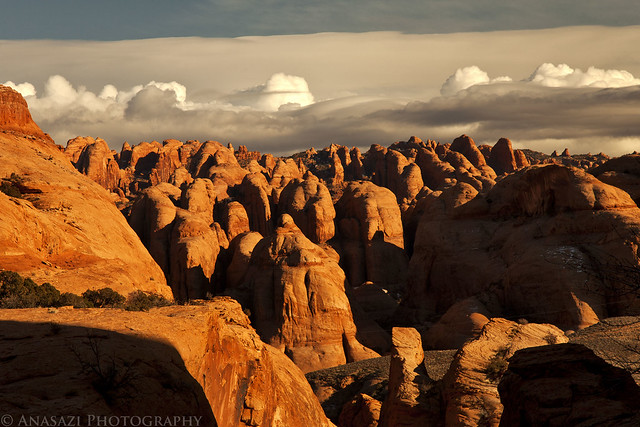 After hiking back down and parting ways with Marty, I grabbed a quick dinner in town and then drove back to Castle Valley for sunset since it looked like it was going to be a good one. 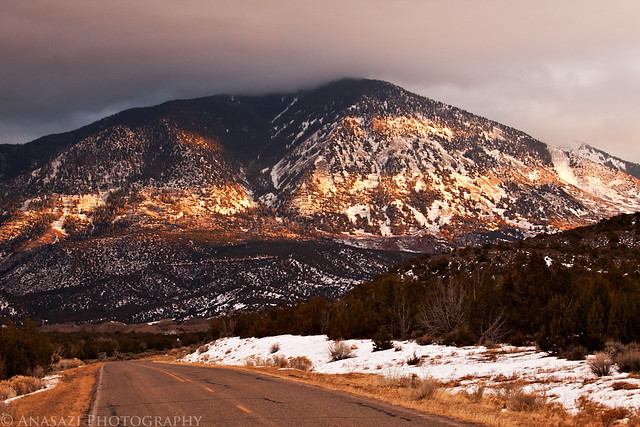 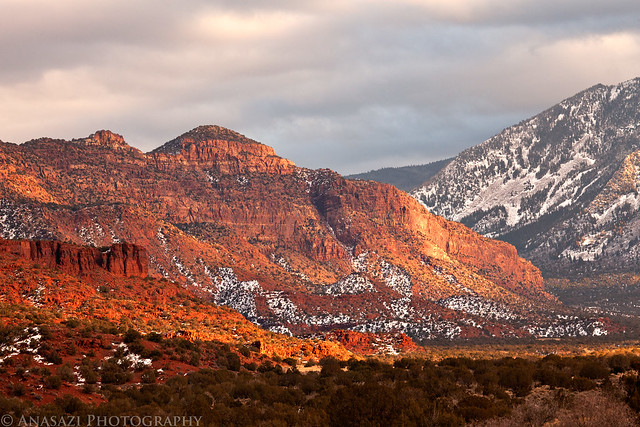 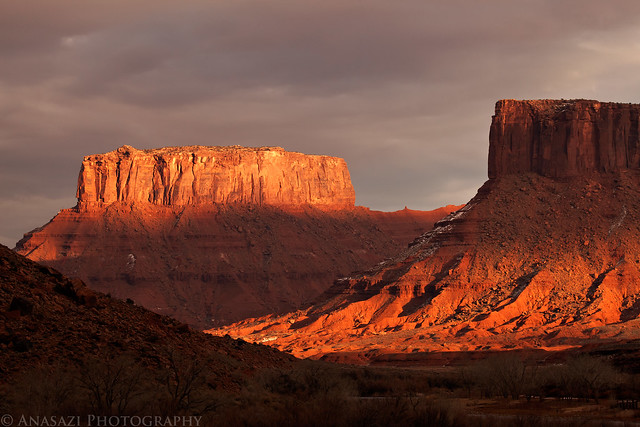 I really got lucky with the clouds and light at both sunrise and sunset today. Plus I found the petroglyph panel I was looking for; I guess the third time is the charm! Who could ask for a better day of exploring?