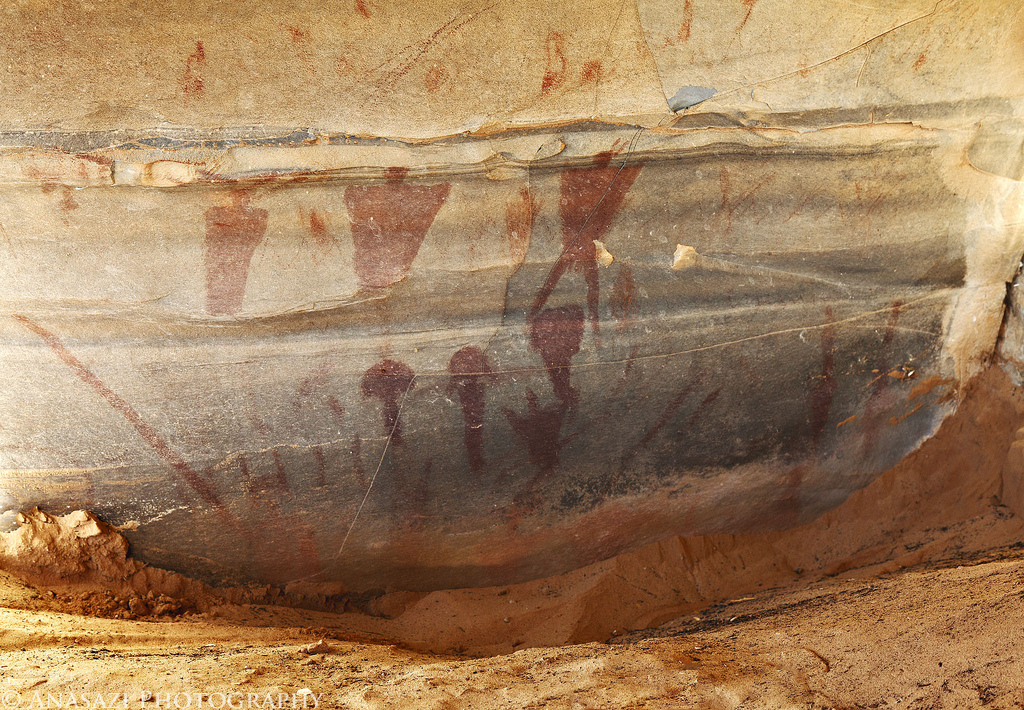 New Year’s Eve Along the Reef

We finally made it…the last trip of the year 2011! On New Years Eve morning I met up with Marty in Green River so that we could head over to the San Rafael Reef and Desert to search for some new rock art sites.

Marty and I on our way to the San Rafael Reef. 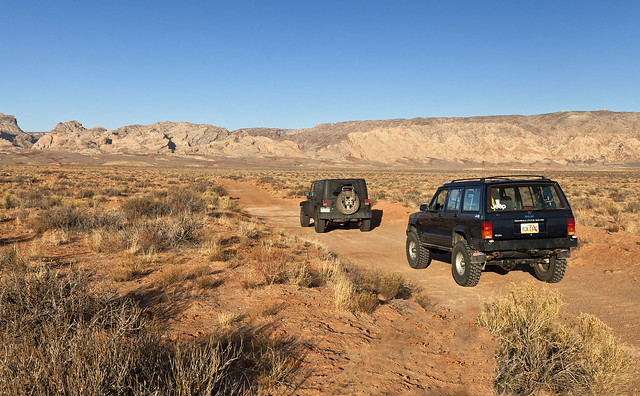 After searching Straight Wash in the Reef for some petroglyphs, this is the only one we managed to find this time. 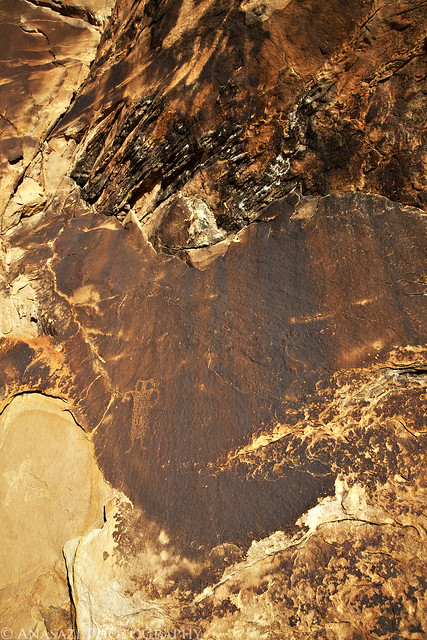 A closer look at this lone anthropomorph. 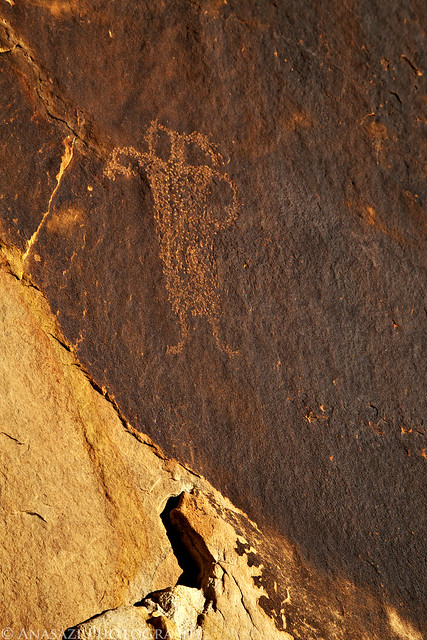 Marty takes a photo in this colorful sandstone area. 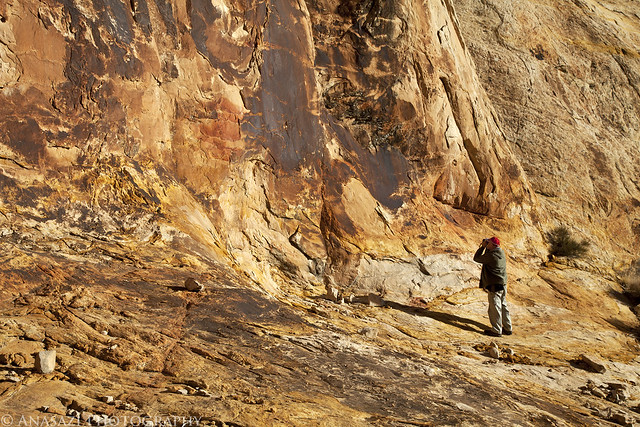 On our way out of the canyon we did manage to find a few more faint petroglyphs, but they were difficult to see even with the naked eye. 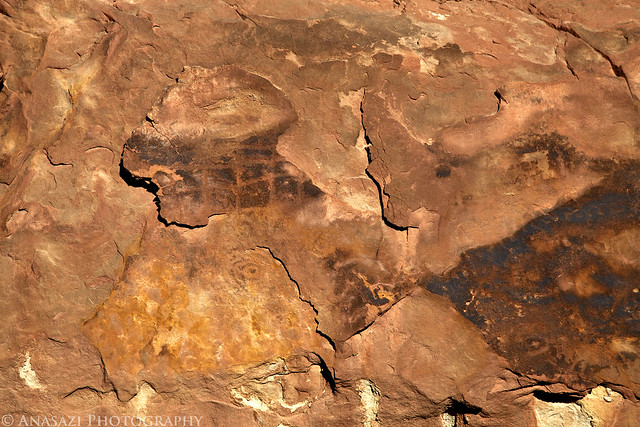 In the next canyon we hiked, we were searching for a specific pictograph panel known as the Buried Site because many of the figures are buried in sand. During our search we managed to find this very faded Barrier Canyon Style panel, which was a nice surprise. 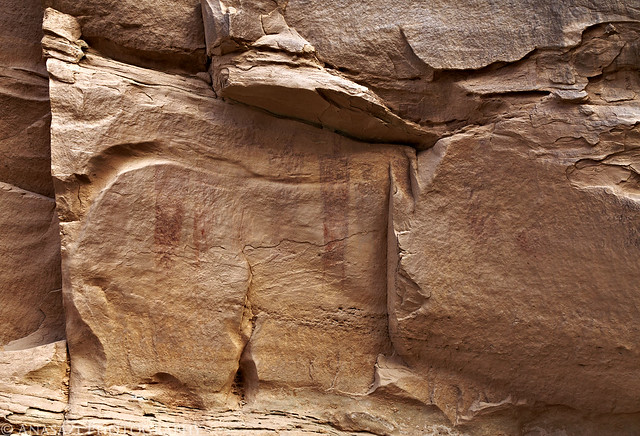 Just when I thought we weren’t going to be finding the Buried Site on this trip, we happened to come across it. Unfortunately, the lighting wasn’t the best at this time of the day since the overhang cast a shadow right through the pictographs when we arrived. Luckily, I had a shade with me, so Marty held it up to block the sun while I took this photo. 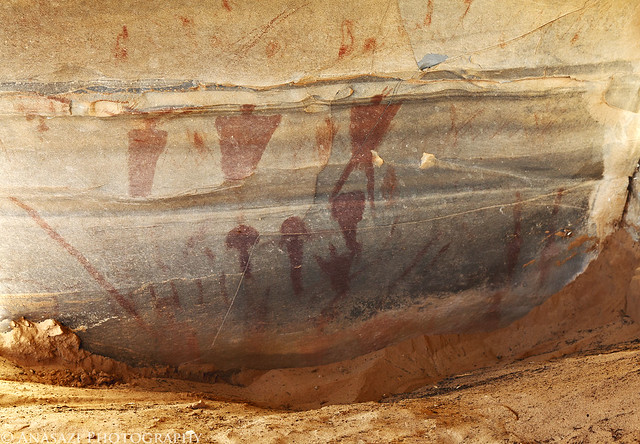 We searched the area for a while in case there was other rock art around (we didn’t find any). Before we left, the shadow had moved off the panel just enough for this photo. 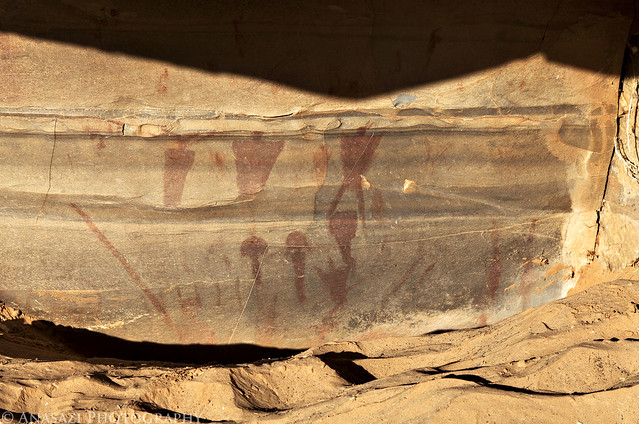 After leaving the Reef, we visited one last petroglyph site in the San Rafael Desert just before the sun went down. I didn’t know the exact location of these petroglyphs and we had very little sunlight left, but we did manage to find them with plenty of daylight left. The area I thought they might be turned out to be pretty spot on!

Many of these petroglyphs were difficult to photograph even in the late afternoon sunlight, including this panel that contains a rectangular and striped Barrier Canyon Style figure. 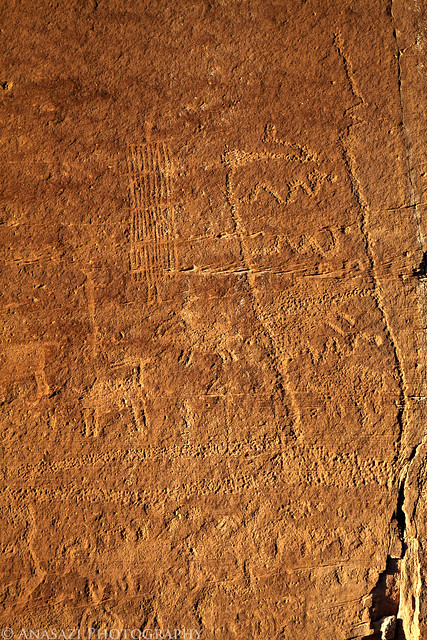 This is part of a large panel where the petroglyphs were easier to see. 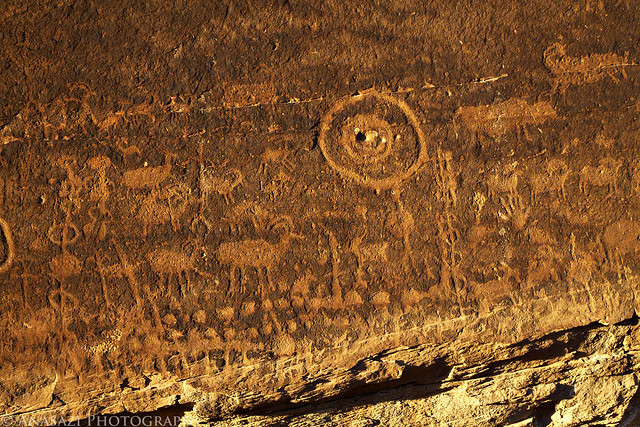 That’s it for 2011. It was a great year filled with adventure and rock art and I’m looking forward to continue exploring in 2012!