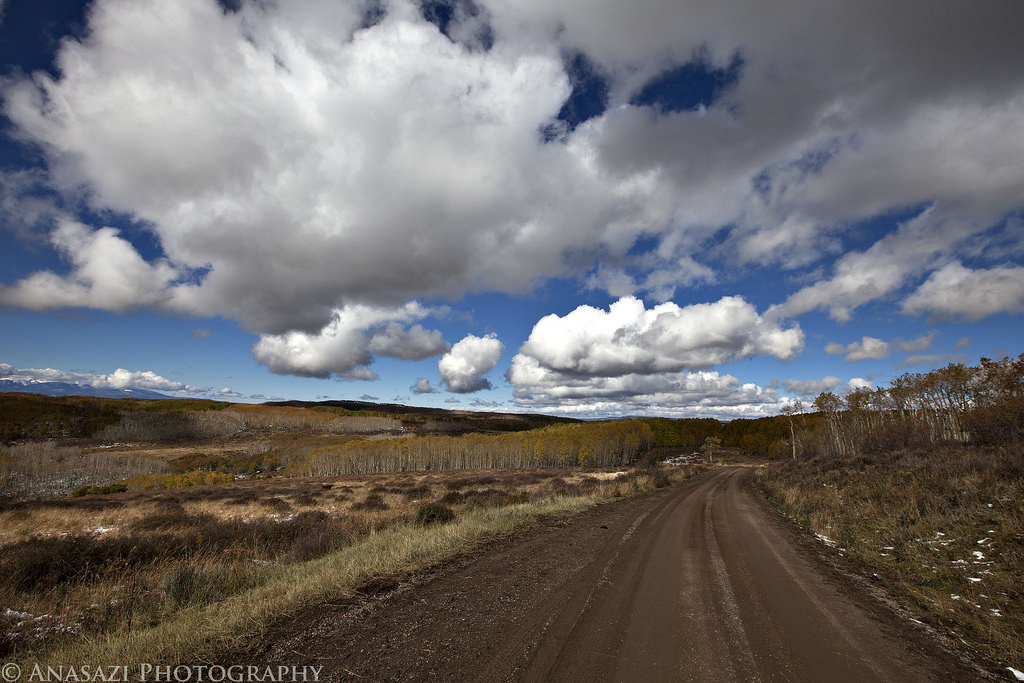 After climbing up to Divide Road from Jacks Canyon and Unaweap Canyon I soon entered the Uncompahgre National Forest. 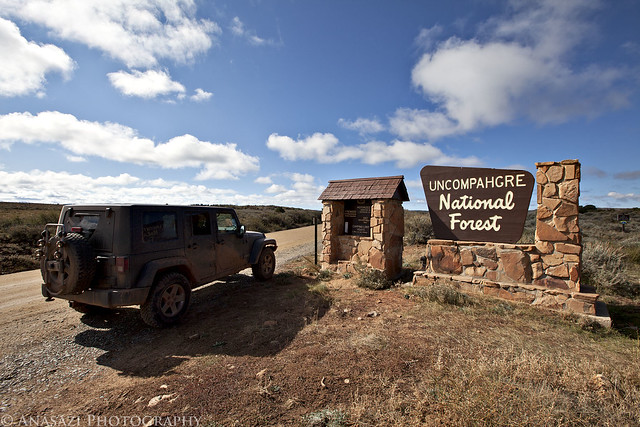 Divide Road on top of the Uncompahgre Plateau. 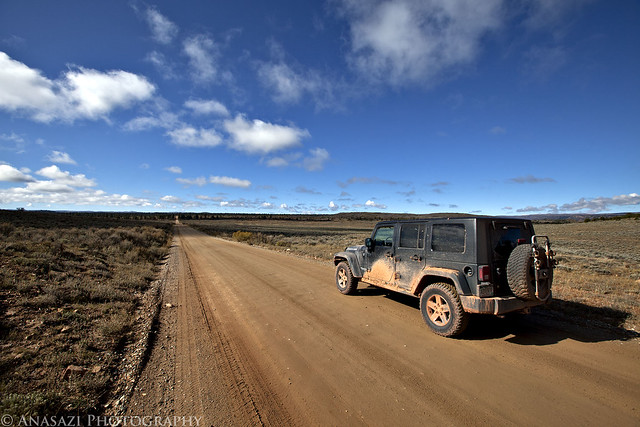 Not a great photo, but I found this scene interesting. It looks like all the trees here are growing away from the one in the middle. 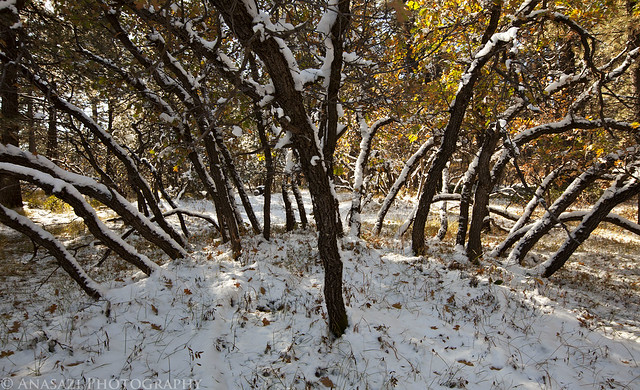 An aspen forest with very little color on top. 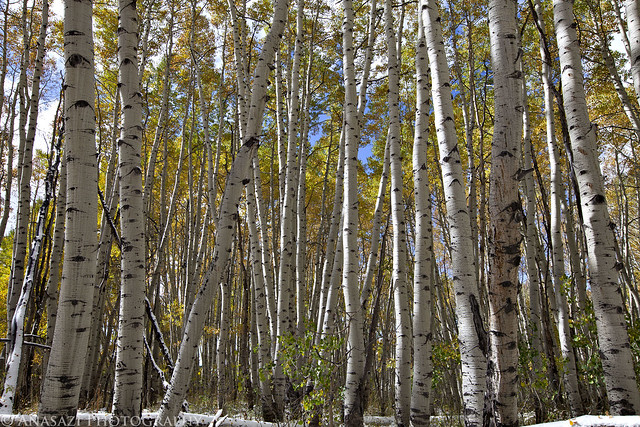 Clouds above the Uncompahgre. Also some of the aspen forests I hoped had changed color. 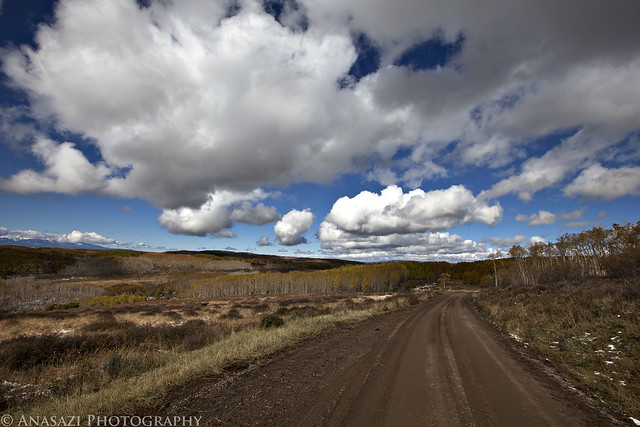 There was some melting snow as I got higher on the plateau that caused the road to get muddy in places. 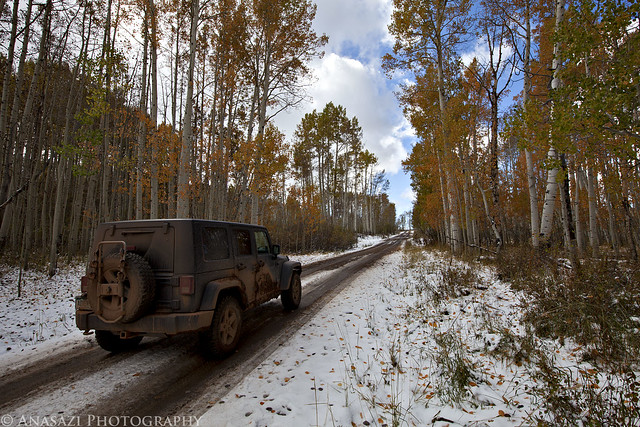 After reaching Cottonwood Pass, I turned left and took 25 Mesa Road back down to Delta and then I took the highway back home to Grand Junction. While I may not have found any spectacular fall colors this trip, at least I had a nice afternoon drive before going back to work.