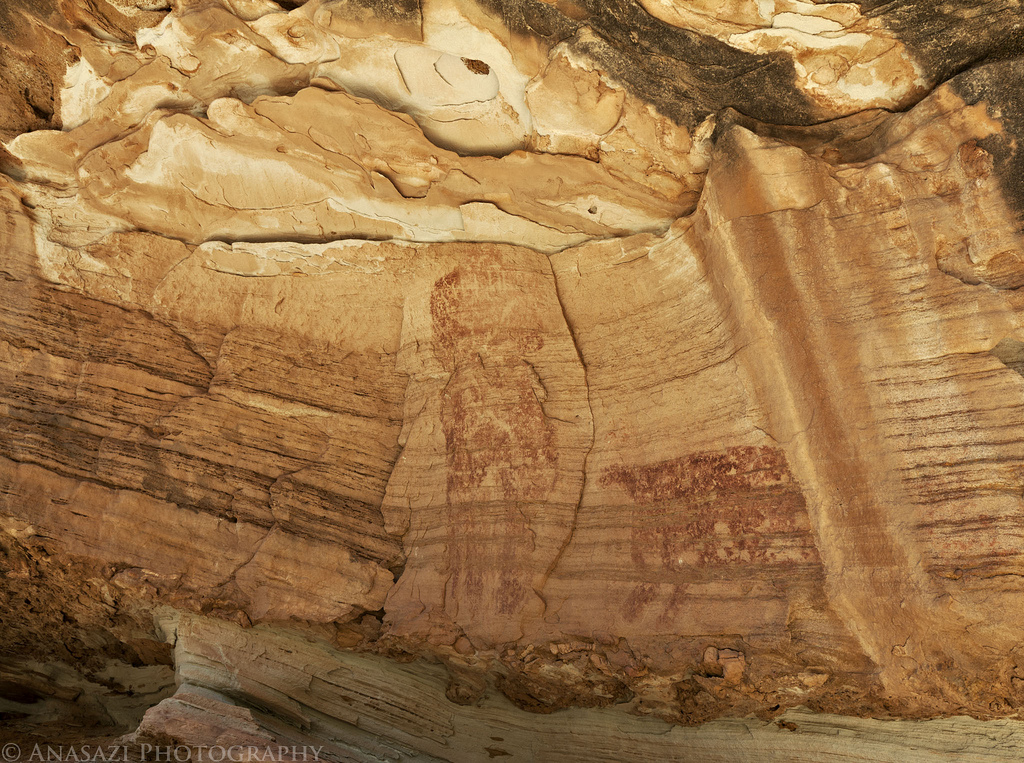 On Saturday I met up with my friend Kevin for the first time so that we could do a little hiking in the San Rafael Swell and hopefully find a few new rock art panels. Luckily, we did end up finding the panels we were looking for…so here’s a few photos from our day.

Our first stop was at the Barnes Panel, which is a very faded Barrier Canyon Style pictograph panel. I enhanced this photo greatly so you can see the details. 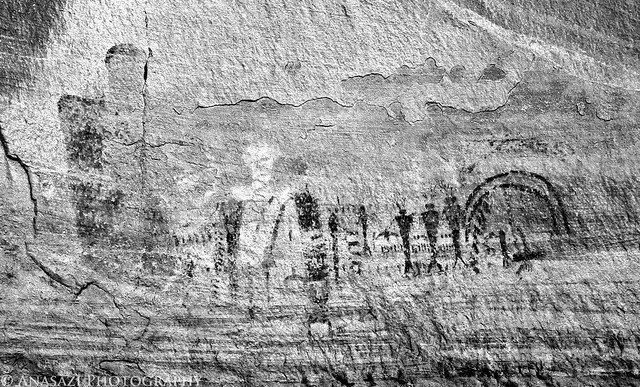 This is pretty close to what the panel looks like with the naked eye. 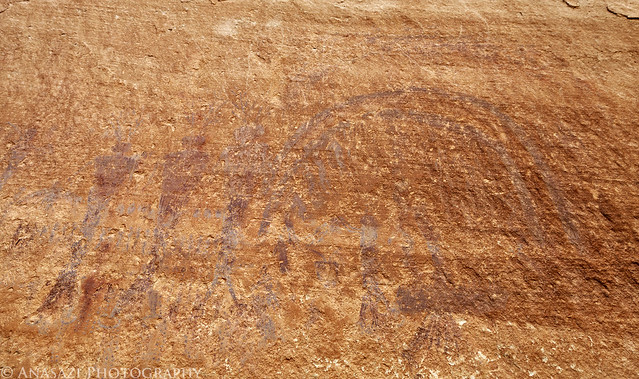 Same scene as above, except enhanced so you can see all the interesting details. Pretty amazing details in this one! 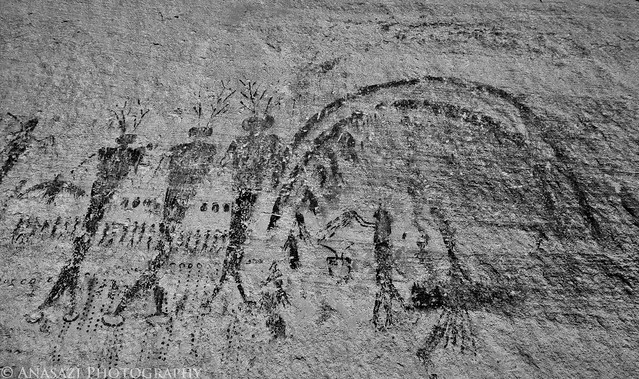 Our next stop was a visit to the High Alcove Panel. This is a cool panel set high up on the canyon wall under an arched overhang. This is the main figure found here. 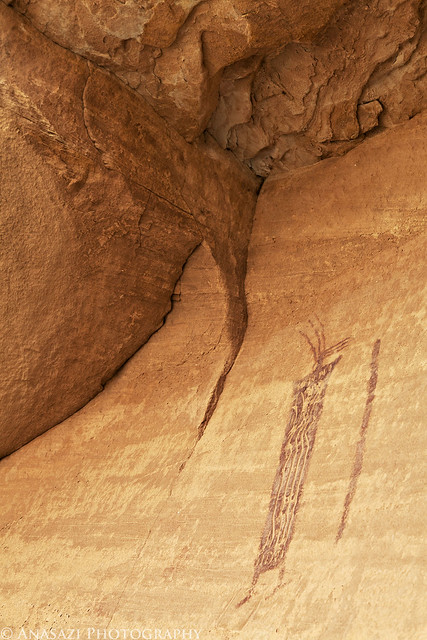 After parting ways with Kevin, I headed back into the canyon in search of the Ekker Panel. While searching, I managed to find this unique figure overlooking the canyon below. There was also another small panel of pictographs and petroglyphs nearby that didn’t photograph well. 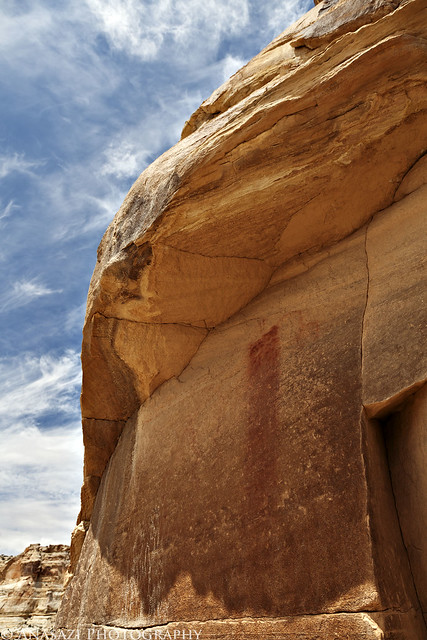 Finally! I found the Ekker Panel, which turned out to be an impressive site. This anthropomorph has many small sheep walking up it’s side. 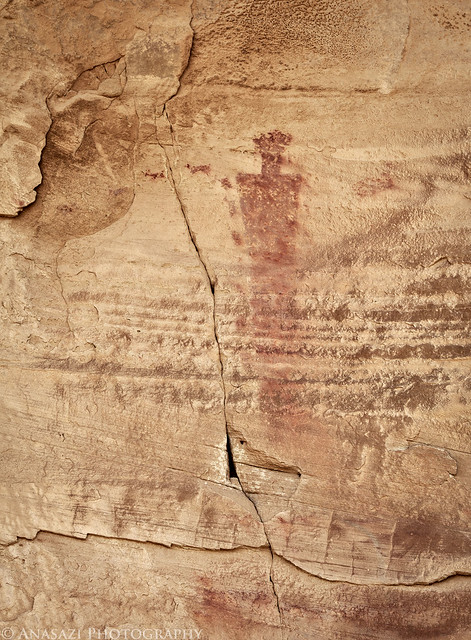 A very large figure next to a few smaller ones. 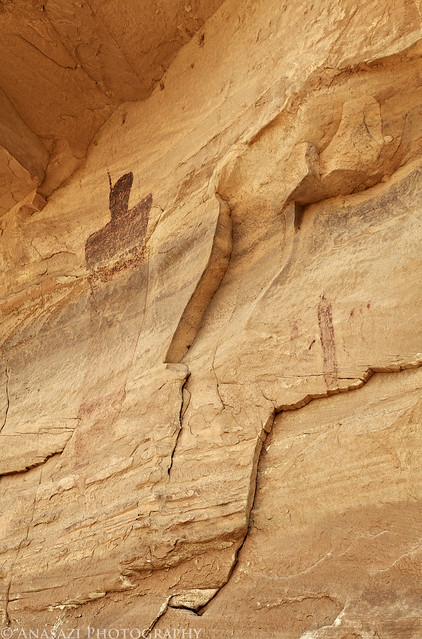 The small figure on the left has some pretty big eyes! Reminds me of some of the figures in the ‘Unexpected Panel’ that Philippe and I found last month. 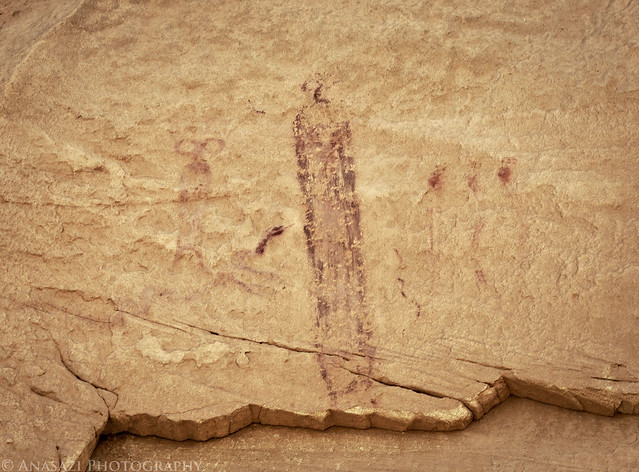 The largest figure at the site, and the highest, too. I’m not sure how tall it is, but if I had to guess, my guess would be around 8 feet….since it sure looked like it was taller than me. 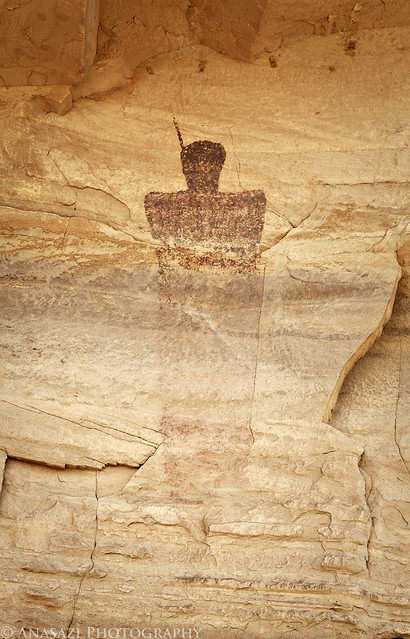 Another figure at the Ekker Site with three medium sized sheep. 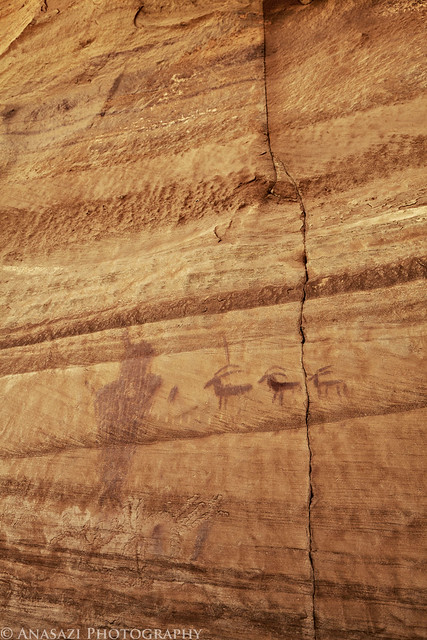 One of the larger petroglyphs I found nearby. 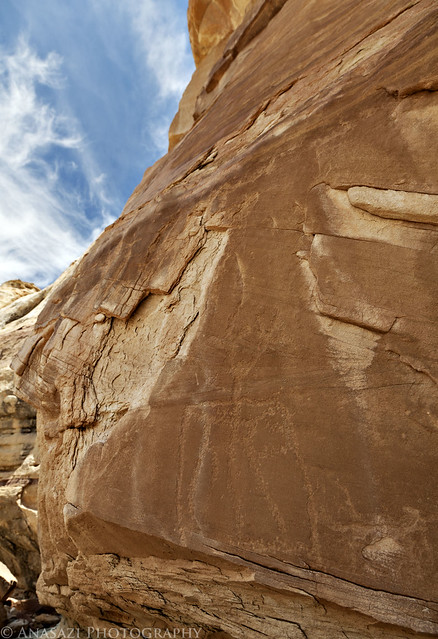 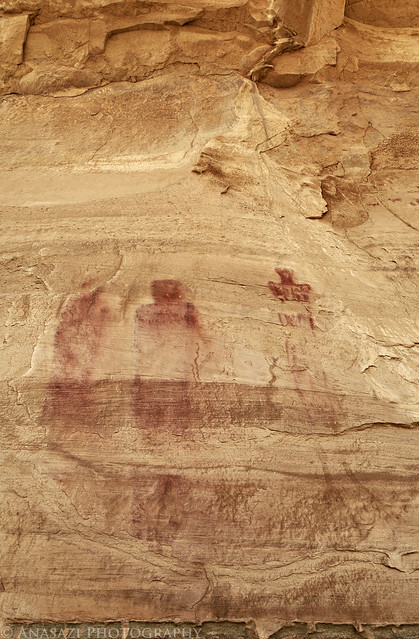 After finishing up my hike, I headed back over to Temple Wash to search for a second pictograph panel in the area. I have searched for this one before, but never found it…until today! 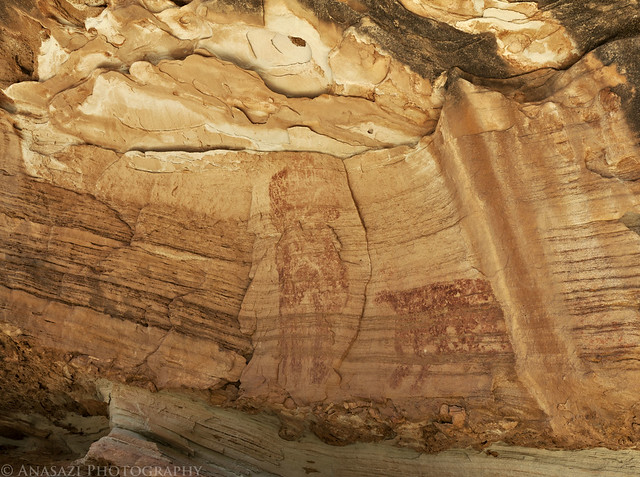 Another productive and great day of searching for rock art in the San Rafael Swell!