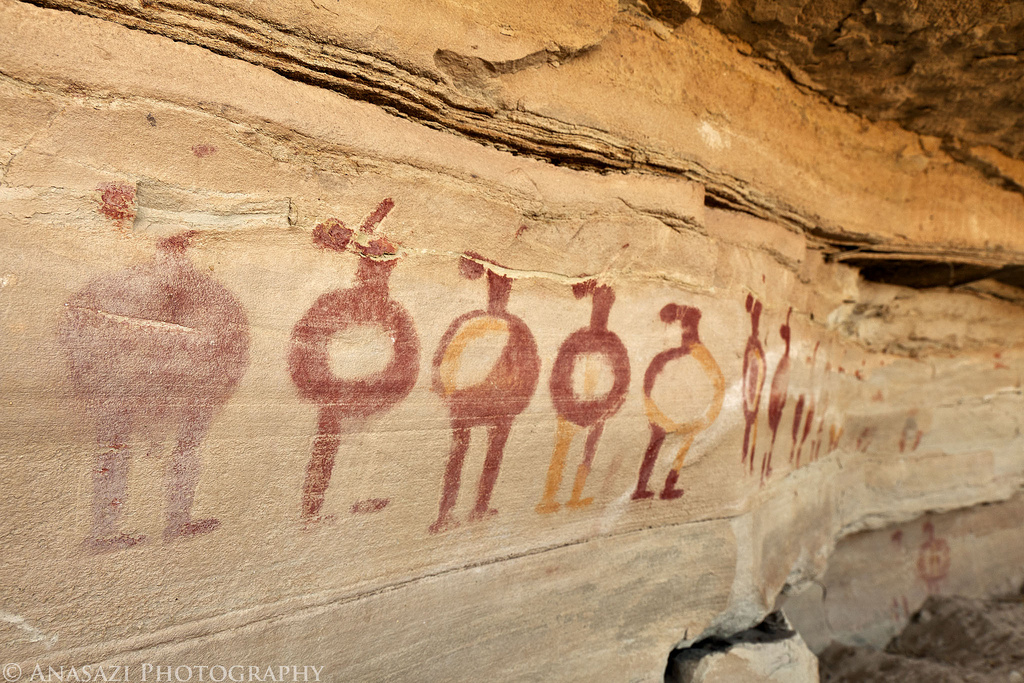 A Hot Day in the Swell Searching for Rock Art

I spent Saturday in the San Rafael Swell visiting some new and old rock art sites. It was pretty hot out and the bugs were out in force during my first hike, but it was still a great day! I found many cool new panels while I was out exploring. I’ll let the photos do the talking…

One of the first faint panels I found on my first hike of the day. The bugs hadn’t started to attack me yet… 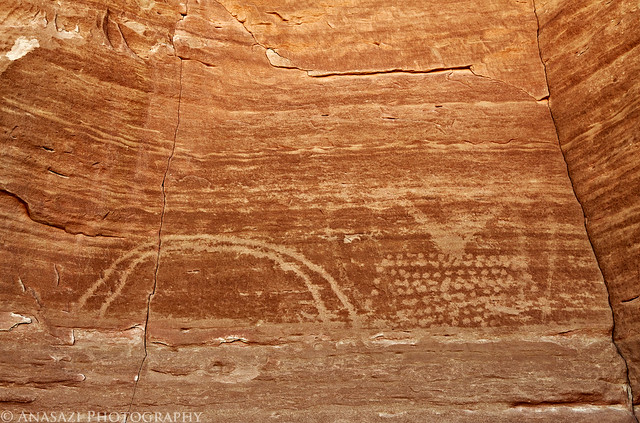 A large shield-like petroglyph next to some deeper petroglyphs carved into the lighter sandstone. This panel is found near the Broken-Hearted Man. 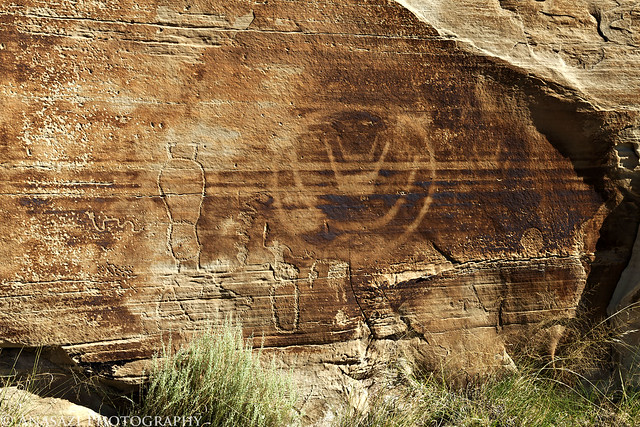 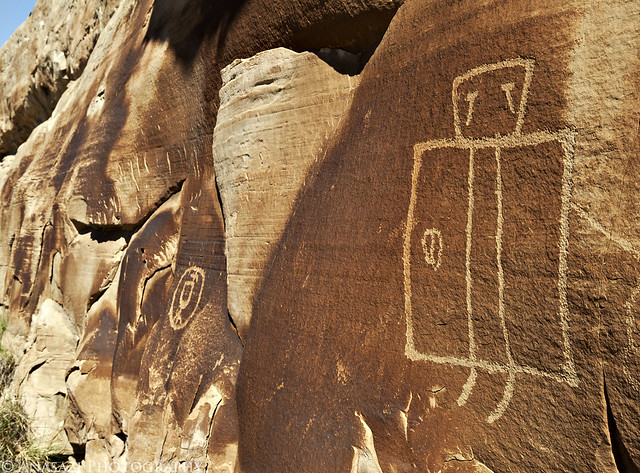 I came across these faded petroglyphs while searching for Cowboy’s Secret. 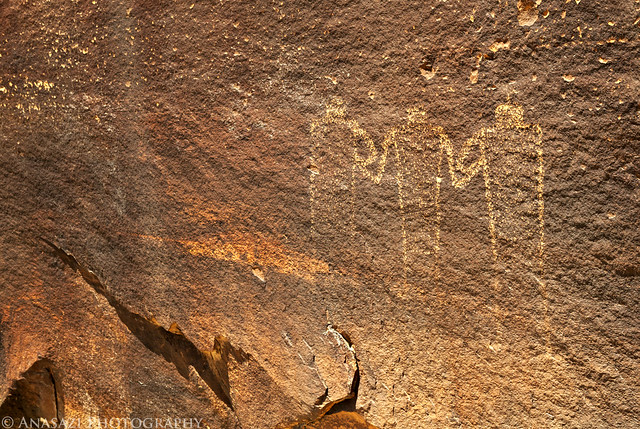 Looking up at the amazing Cowboy’s Secret petroglyph. 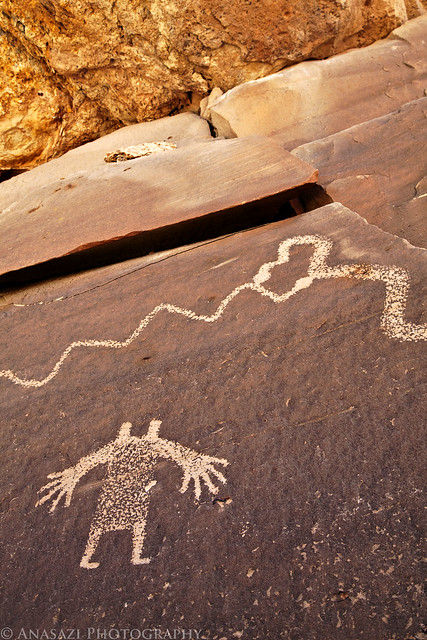 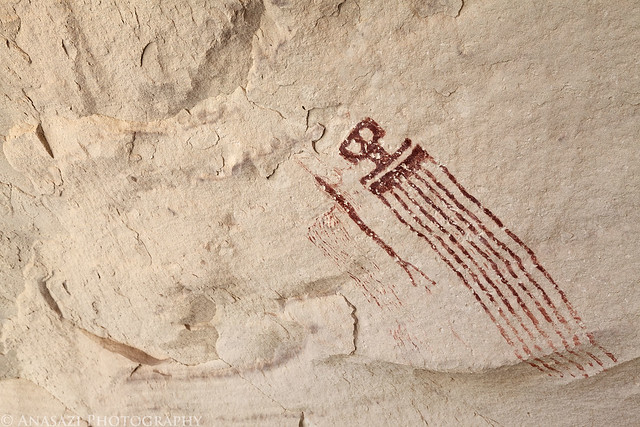 I’ve seen this site referred to as the Secret Site and the Observer Panel. 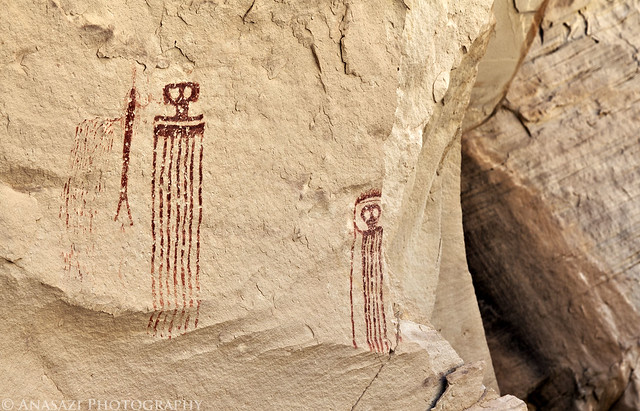 One of the most colorful rainbows that I have come across. Look closely to see the different colors used. 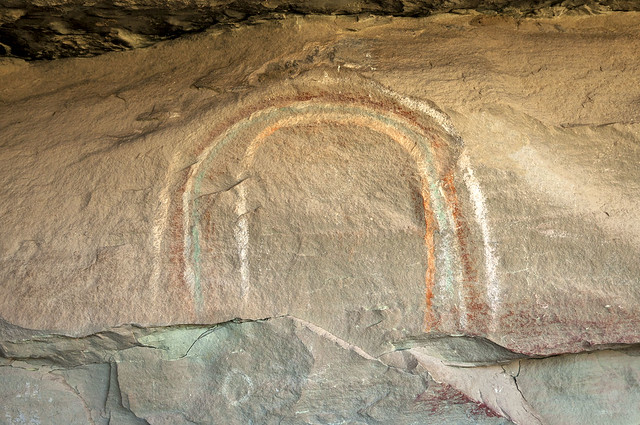 These anthropomorphs are lined up next to the rainbow above. 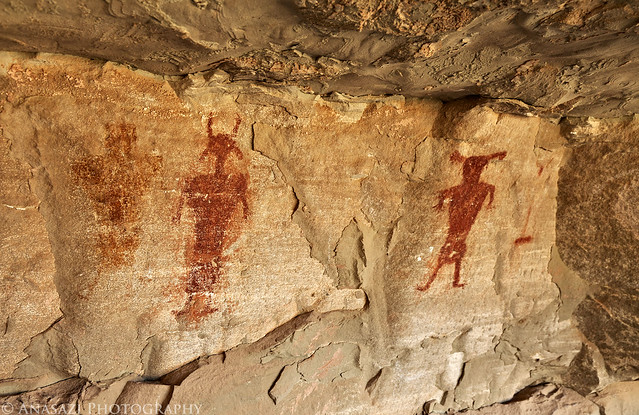 The following three photos are of the Quail Panel, which contains some of the most interesting pictographs I have come across. 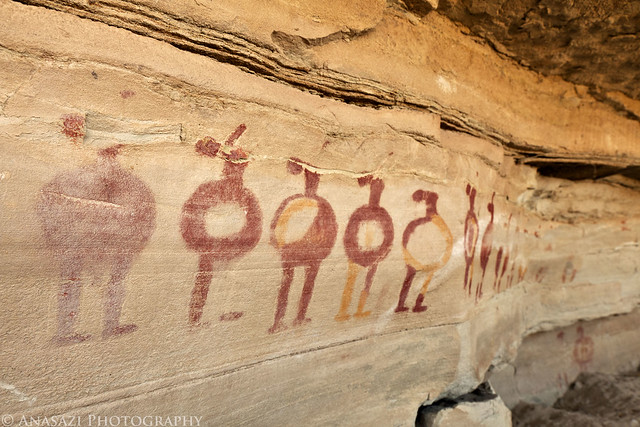 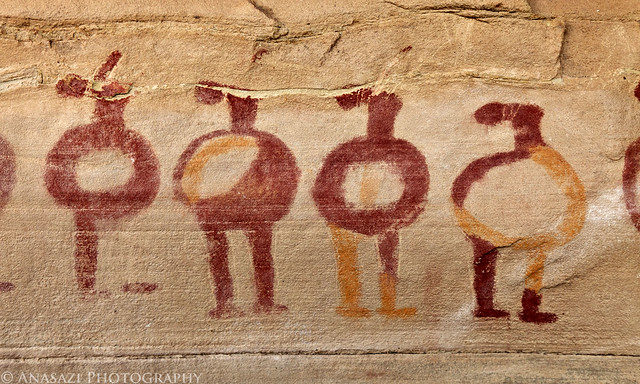 This panel is called the Quail Panel because the figures resemble quail. Certainly, these are the most Fremont ‘shield’ figures I have seen in one place. The figures are pretty small, at around 6 inches in height. It was a difficult panel for me to find, I walked right by it a few times before I actually was able to locate it. 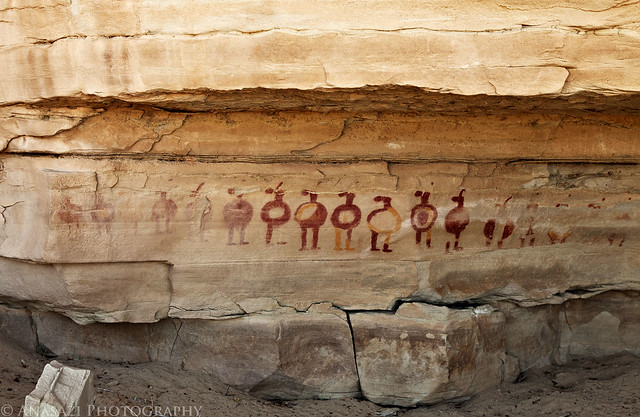 Of course I had to make a stop at the Buckhorn Wash Panel on the way home. 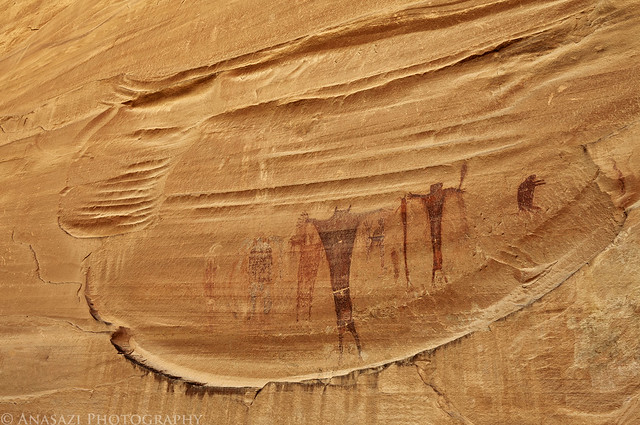 Before grabbing dinner at Ray’s in Green River, I also stopped at the Black Dragon Panel. The road was a bit rougher than the last time I was there…probably because of the recent flash floods in the area. One thing I noticed while visiting the panel is just how well the alcove collects heat from the sun. The temperature outside was close to 100, and while I climbed up into the alcove it must have been at least 10-20 degrees warmer. I could feel the heat radiating off of the sandstone. It was pretty uncomfortable, so I didn’t stick around long. I’m sure it would feel much nicer in the colder winter months. 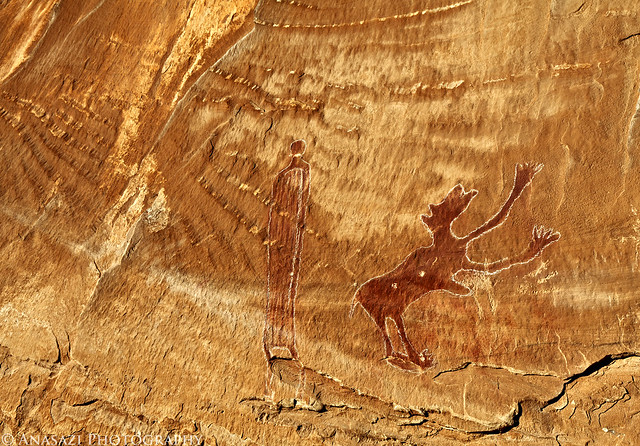