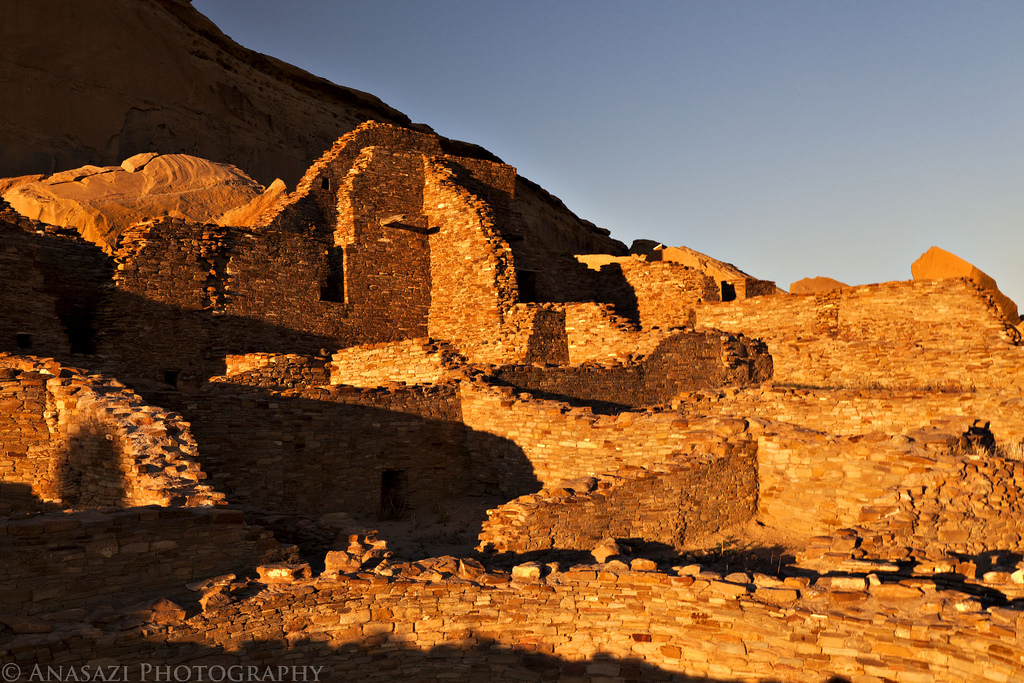 Bright and early on Friday morning we finished loading up the Jeep and headed south. As we drove through the San Juan Moutains over Red Mountain Pass, we got to see how much snow was still up there. It didn’t look like any of our favorite Jeep roads would be opening anytime soon. Between Silverton and Durango they were chip-sealing the road and a vehicle in front of me picked up a rock and cracked the windshield on my Jeep. It started to spread right away and was beyond repairing before we even reached New Mexico. A nice way to start the trip…but only the beginning!

Shortly after crossing the state line into New Mexico we made a stop at Aztec Ruins National Monument. This was just a quick stop for us since it was on the way to Chaco. We walked the short path around the Monument, snapped a couple of pictures, grabbed some lunch in town and then were back on the road to Chaco. The most interesting part of Aztec Ruins was The West Ruin Great Kiva, which Earl Morris excavated in 1921 and then rebuilt in 1934. It’s the largest rebuilt kiva in North America.

A view inside The Great Kiva. 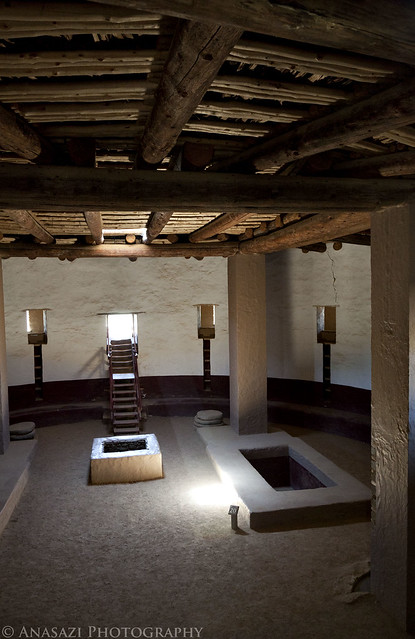 The reconstructed ceiling of The Great Kiva. 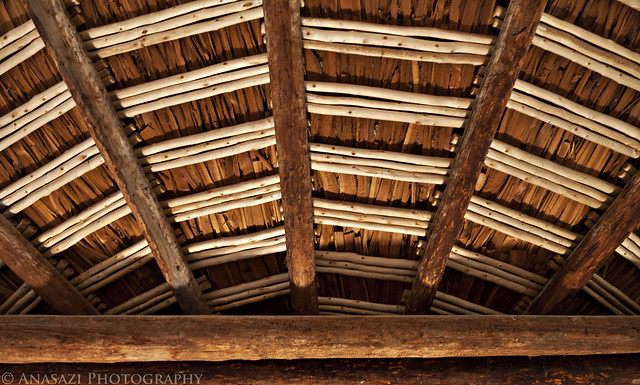 After driving the very washboarded road to Chaco, we found an open campsite in the Gallo Campground and got ready to setup our camp for the next two nights. When I stepped out of my Jeep, I saw that one of my back tires was almost flat and losing air quickly. I knew I needed new tires pretty soon, but I thought I could get by for a few more weeks, but apparently I was wrong. The tire was actually cracked between the almost non-existent lugs and was losing air from there. Before we setup camp, I had to change the tire to the spare. I knew that when I arrived back at home, I would be buying a new windshield and some new tires. This was turning out to be an expensive weekend!

Once camp was finally setup we stopped by the Visitor Center to speak to the ranger and get acquainted with the park. Before the day was through we had visited Una Vida, Chetro Ketl and Pueblo Bonito. I also searched out some petroglyphs near our campsite and above Una Vida.

A small pictograph at ground level near our campsite…hidden behind a small ruin. 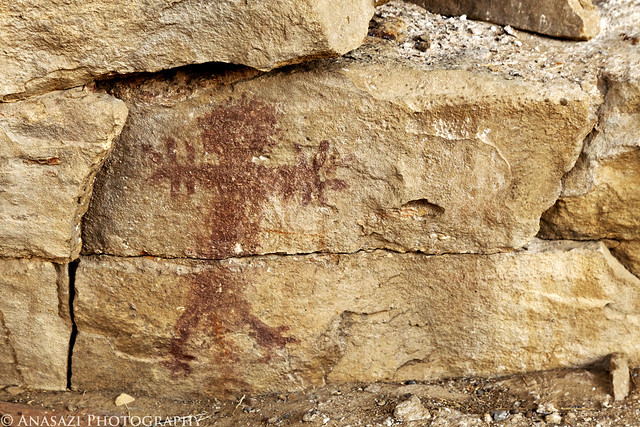 A boulder near our camp that had some petroglyphs on it. 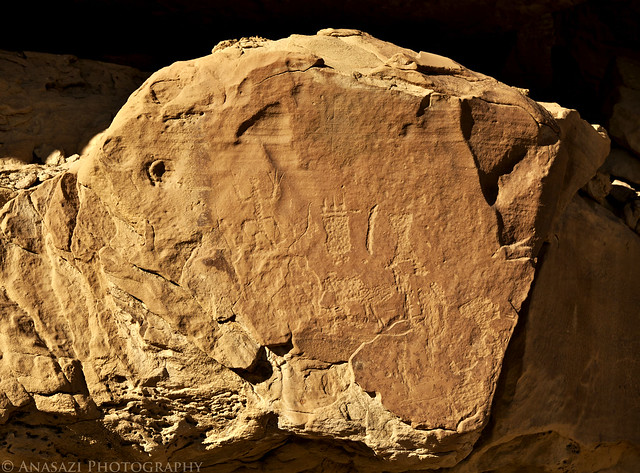 Closer to sunset I hiked up to the Una Vida petroglyphs to get some shots with the late evening sunlight on them. 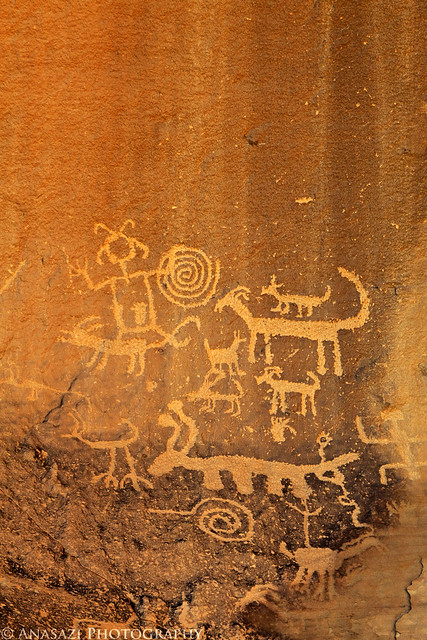 A bird-like petroglyph that looks like a turkey watches over Chaco Canyon and Fajada Butte as the sun gets ready to drop below the horizon. 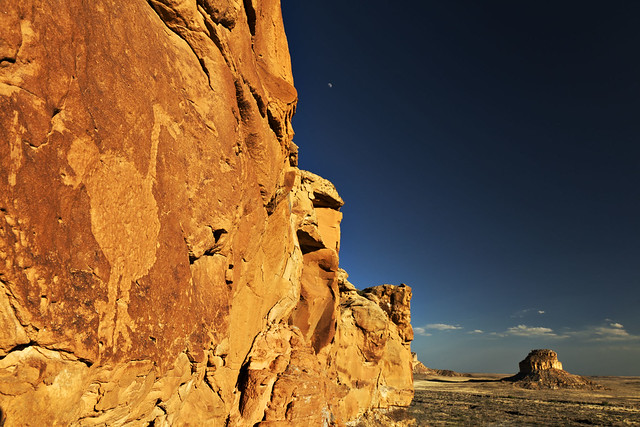 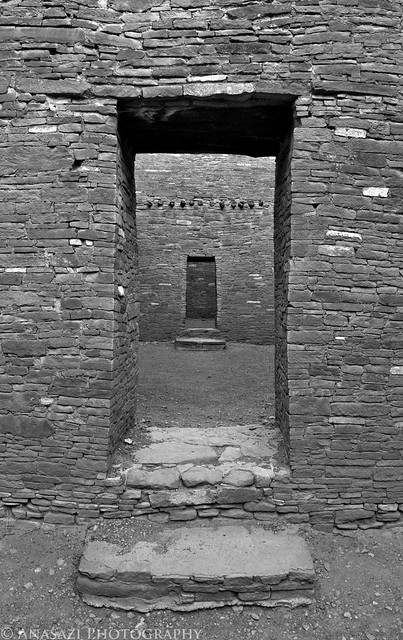 A view from inside Pueblo Bonito during sunset. 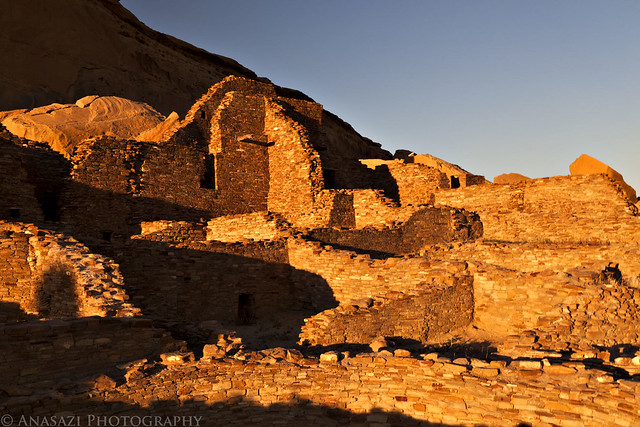 The tallest wall at Pueblo Bonito still standing, with the supports to help keep it that way. 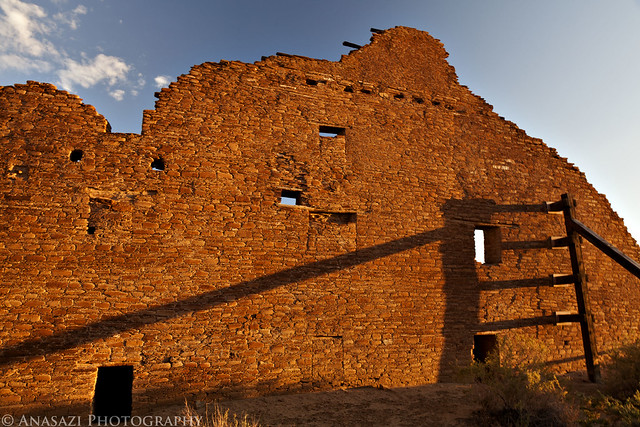 The sun lights up the top of Pueblo Bonito and the clouds above in Chaco Canyon. 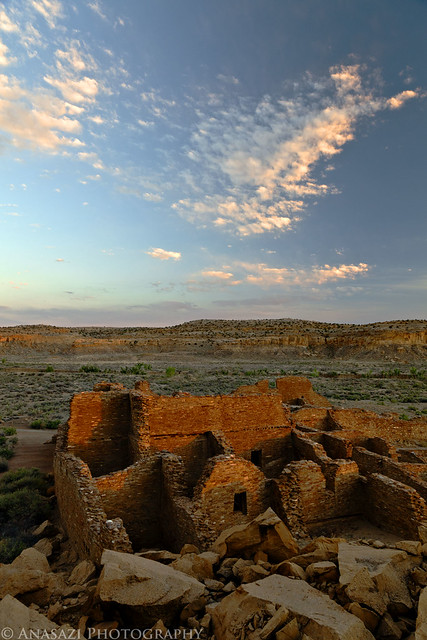 After it was dark out, we headed back near the Visitor Center to check out the Night Sky Program where we listened to a talk from Ruth Van Dyke. Unfortunately, clouds had rolled in after sunset so there was not much to see in the sky. We headed back to camp early and went to bed since we would be getting an early start on Saturday.