As I first drove up into the Colorado National Monument from the West Entrance on Rim Rock Drive, much of the upper portion of the road was still in the clouds. 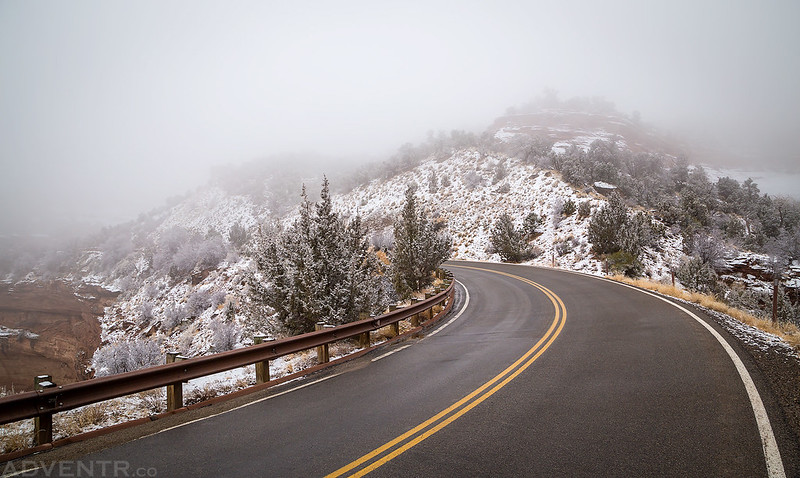 There was also a fresh coat of snow on the landscape. 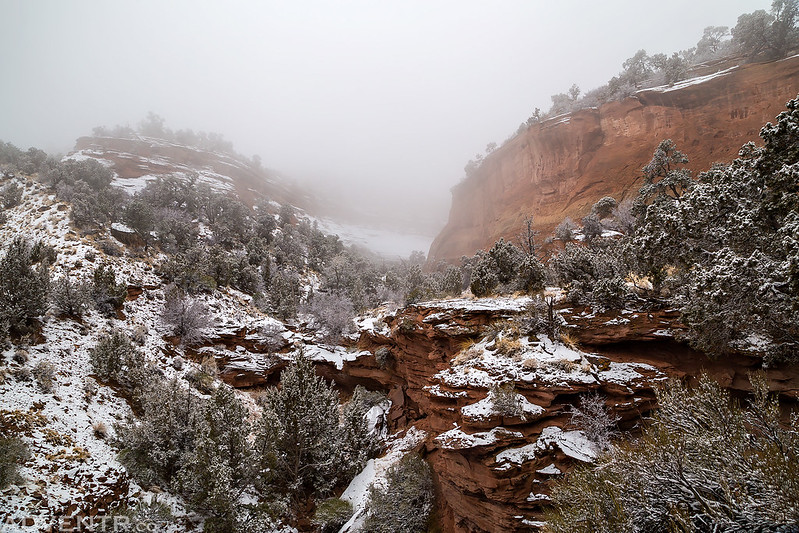 As I neared the Ute Canyon Overlook I finally started seeing some light shining through small breaks in the clouds. 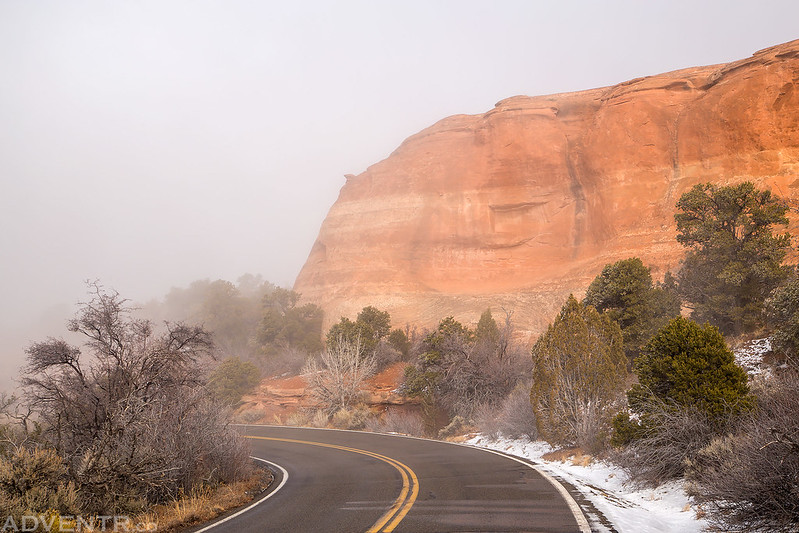 I turned around at the Red Canyon Overlook and returned to the west side of the park. I made a quick stop at the High Point of Rim Rock Drive when I saw a little bit of blue sky. 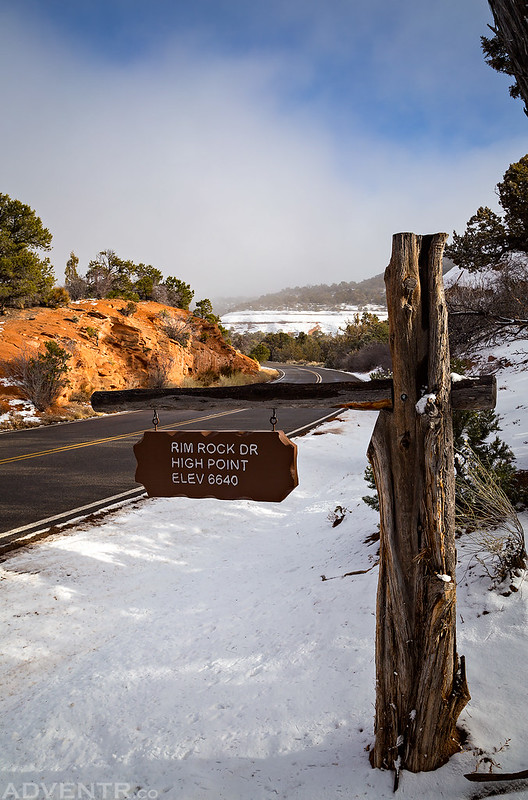 Still no view of upper Ute Canyon from the Fallen Rock Overlook. 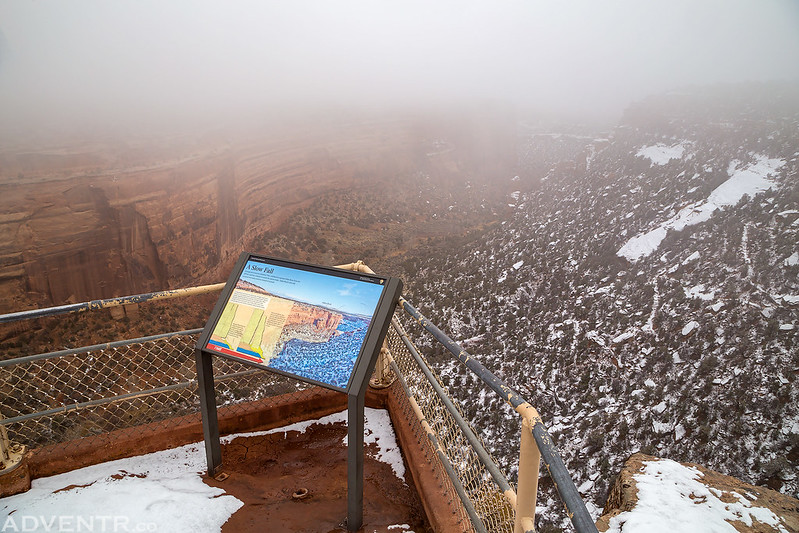 I stopped at Artist’s Point for a view over the Coke Ovens. 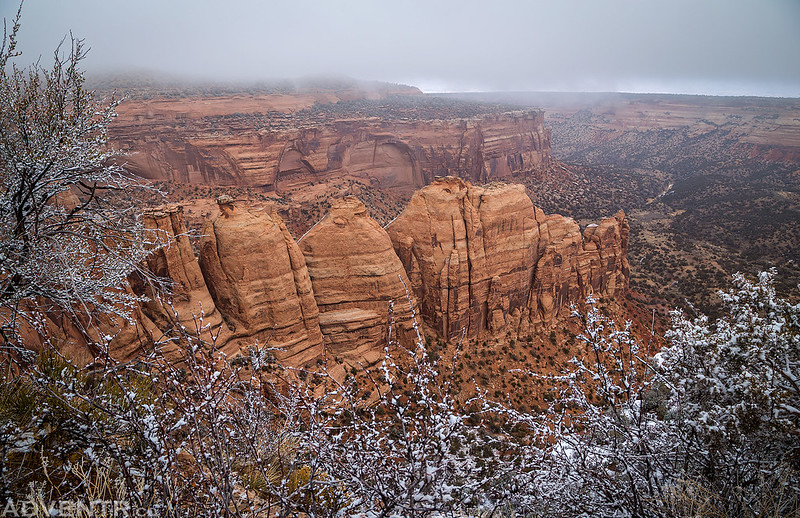 When I reached the Coke Ovens Overlook the sun was finally starting to come out and I could see the Grand Mesa in the distance. 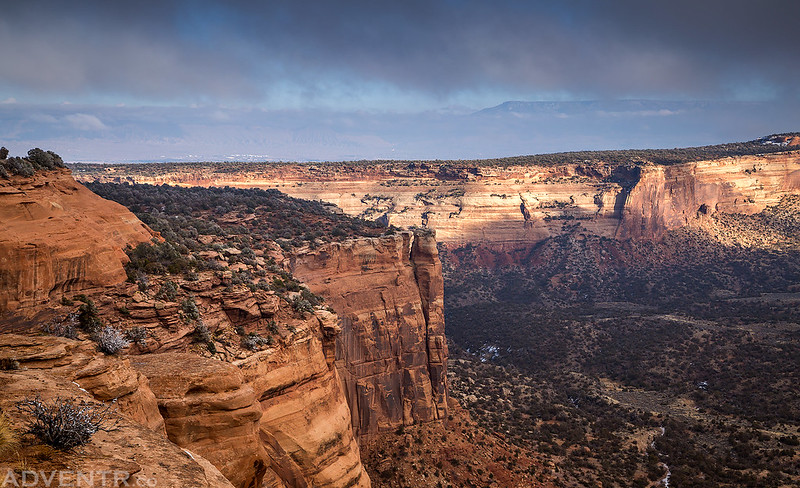 The light was looking nice and the clouds were disappearing quickly when I reached the Monument Canyon Overlook. 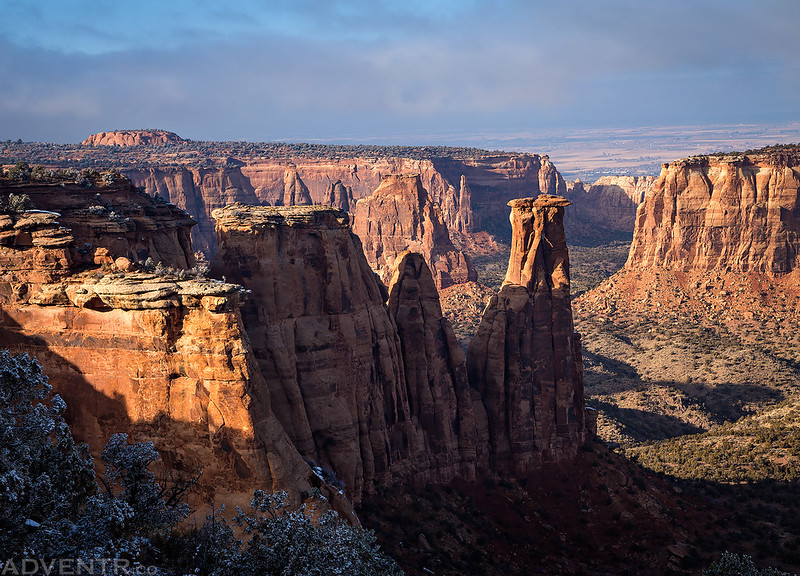 I made a quick stop at Grand View Point, but didn’t stick around too ling since I’ve taken plenty of nice photos from this overlook. 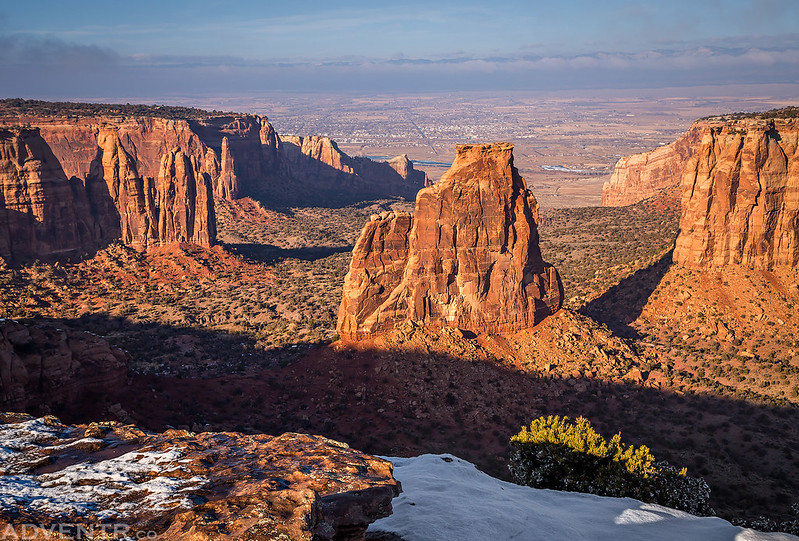 The classic view of Independence Monument was looking good when I arrived. 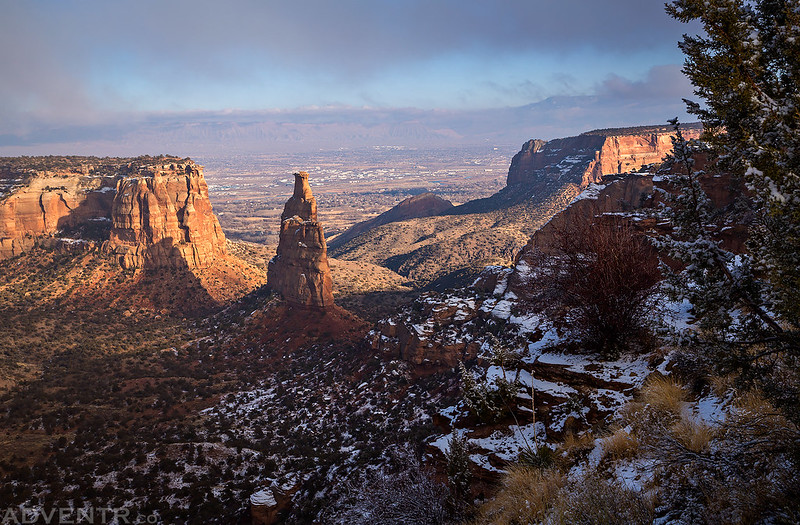 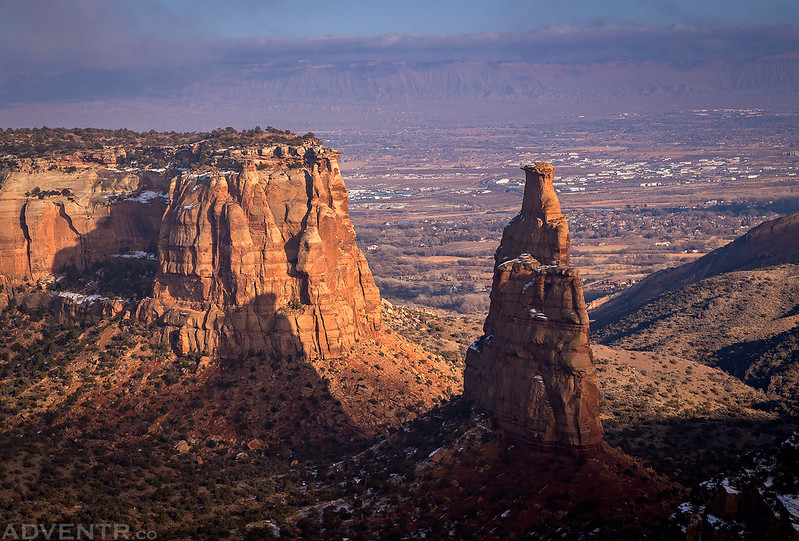 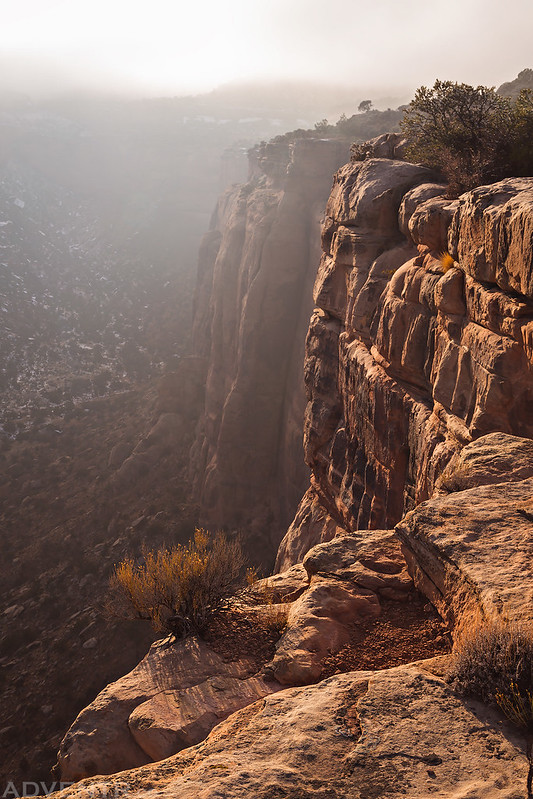 Before leaving the park and heading back home I made one last stop at Pothole Point to watch the last of the clouds disappear. 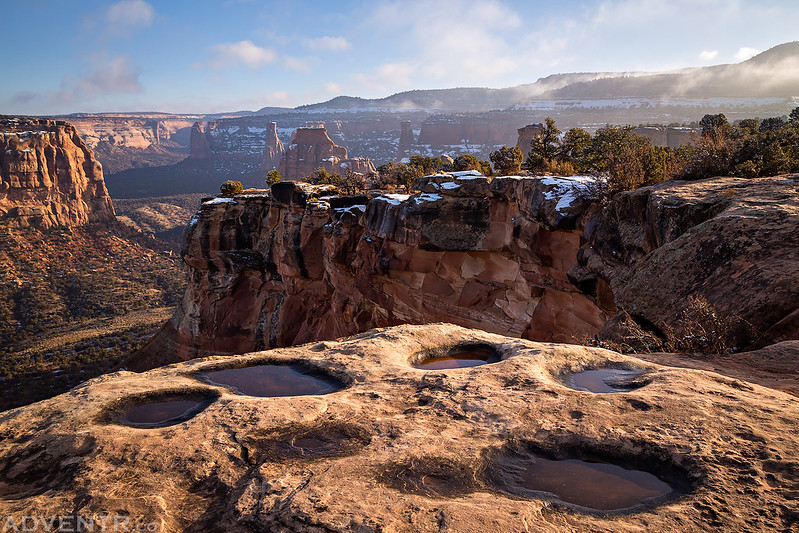 I’ll leave you with on last panoramic image from the Independence Monument Overlook.

>> An Afternoon at The Monument Photo Gallery