Hiking through the snow when the sun finally made an appearance. 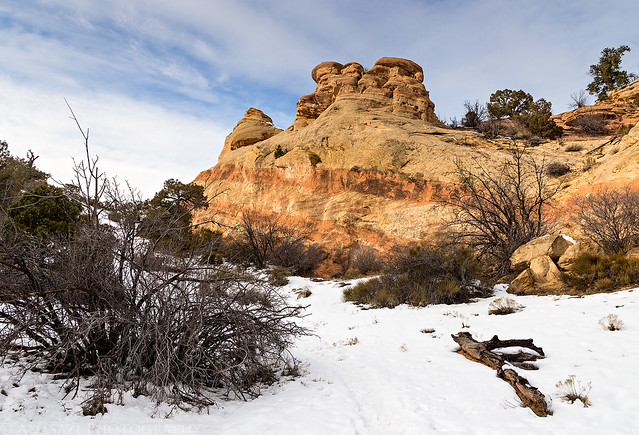 Looking back along the sandstone ridge I was following. 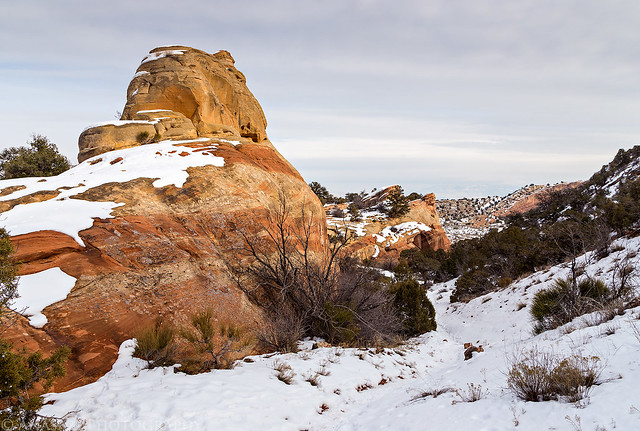 A little blue in the sky above the sandstone. 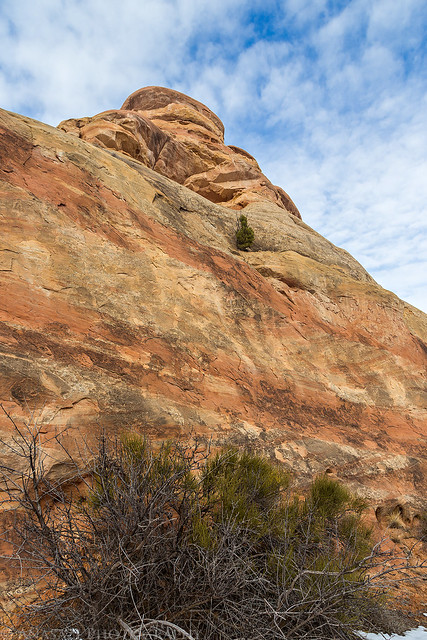 Following the snow-covered trail behind the ridge. 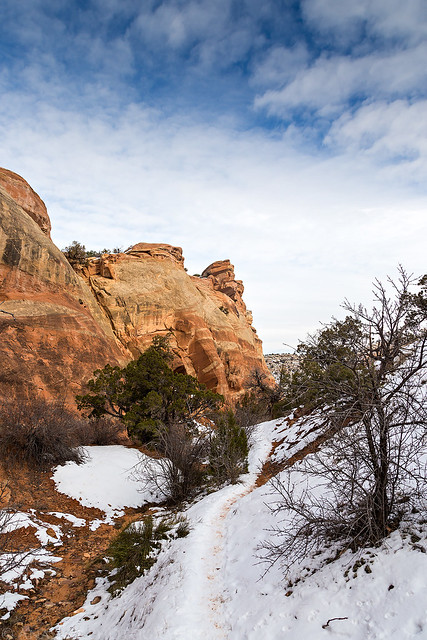 Following a wash back to the trailhead. 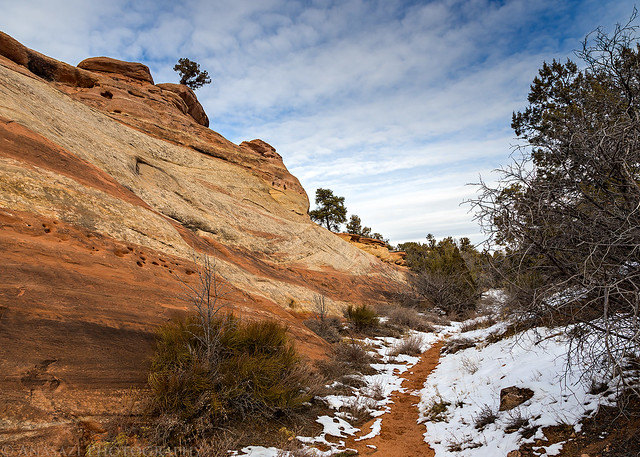 A view from an overlook of Kodels Canyon at the end of the K3 trail after the sun had disappeared and the sky became overcast again. 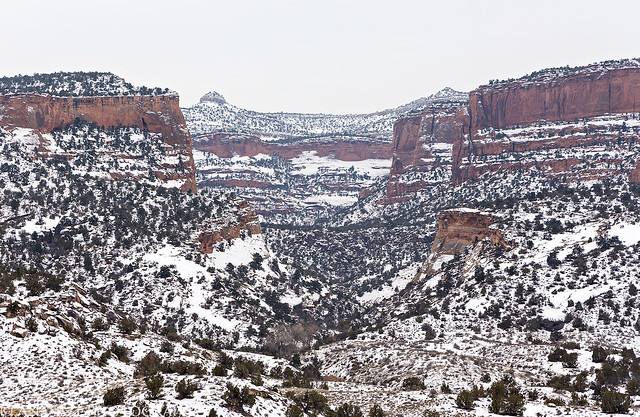 Since I finally hiked all of the Kodels Canyon trails in this section of the McInnis Canyons National Conservation Area, I’ve included a map below of them all.