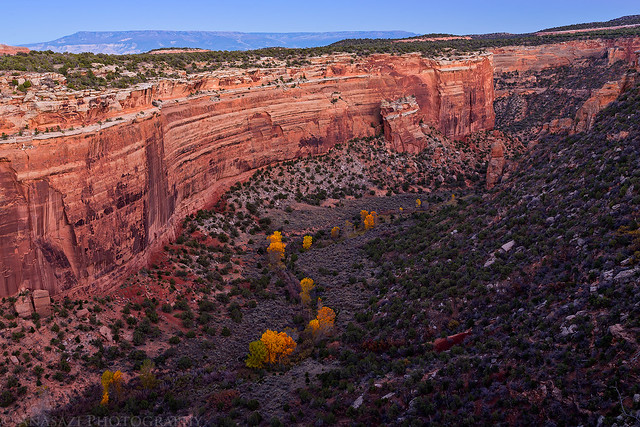 Golden cottonwood trees line the wash at the bottom of upper Ute Canyon viewed from the Fallen Rock Overlook about ten minutes after the sun had set.

Here’s the view from the Fallen Rock Overlook just after sunset with the Earth’s shadow over the Grand Mesa on the horizon. You can see the Ute Canyon Trail switchbacks down the slope on the right if you look closely. 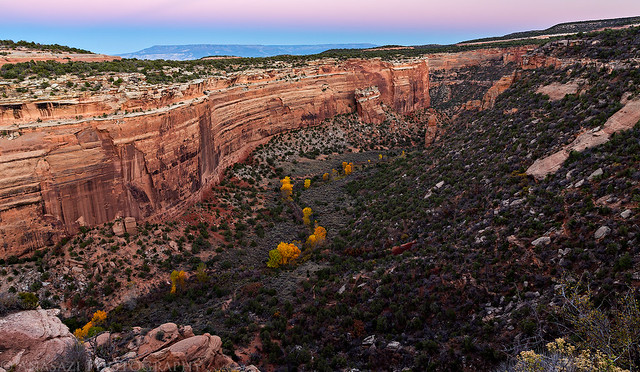 The lights of Grand Junction in the distance from the Red Canyon Overlook with a bit of alpenglow on Mount Garfield, the Little Book Cliffs, Chalk Mountain and the Grand Mesa. 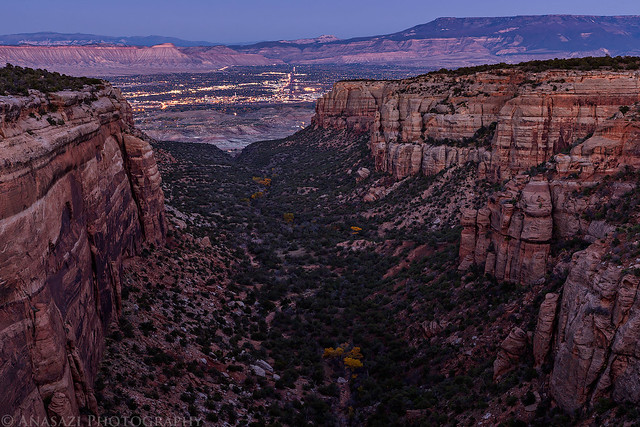