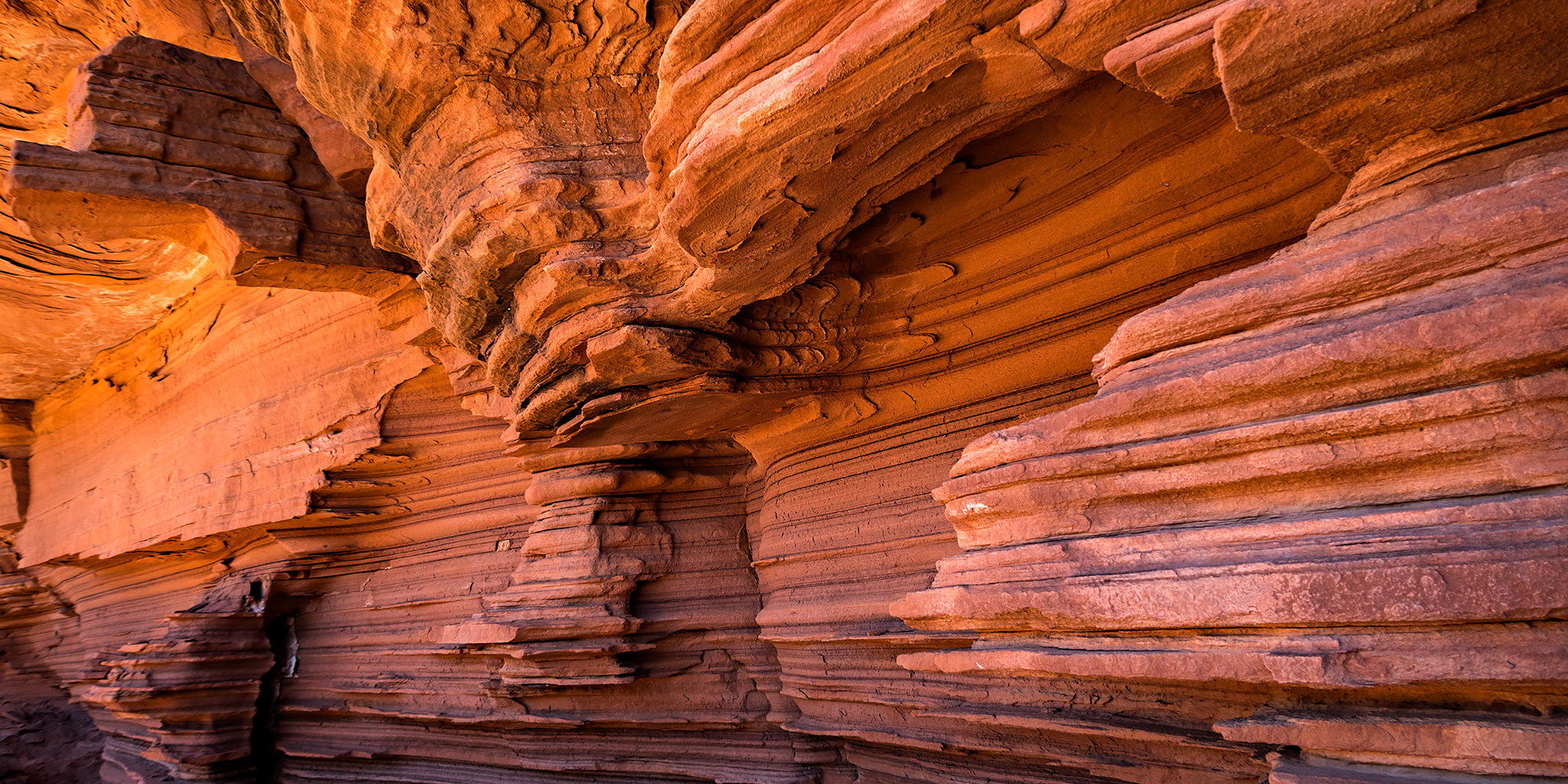 Bartlett Flat to the Blue Hills

To be honest, I was planning on staying home this weekend after spending most of last week in Canyonlands National Park. However, Diane has been taking a pretty intensive online class for the last month and was finally caught up and wanted to get out hiking and camping this weekend, and since she hasn’t been out hiking since our backpacking trip to Kings Peak over Labor Day weekend, I couldn’t say no! We decided to stay closer to home and take a nice relaxing trip north of Moab. We did a little hiking, drove some bumpy roads, saw some ancient rock art, visited an arch, watched the sun set from the top of a mesa and walked in the footsteps of dinosaurs. It was a good time! Here are a few photos from the weekend…

Thanks to all the much-needed rain we received recently, most of the potholes were full. 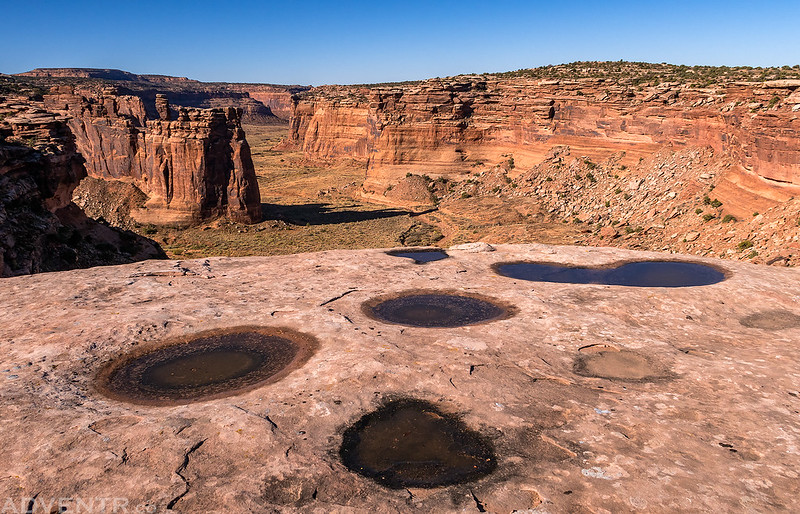 We started the day with a crawl along a narrow ledge. 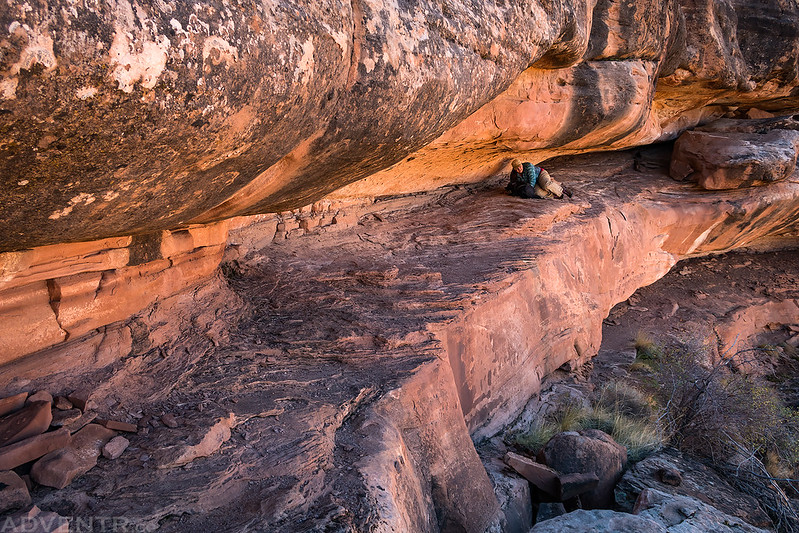 It was nice to visit an old friend- The Yellow Comet Panel. 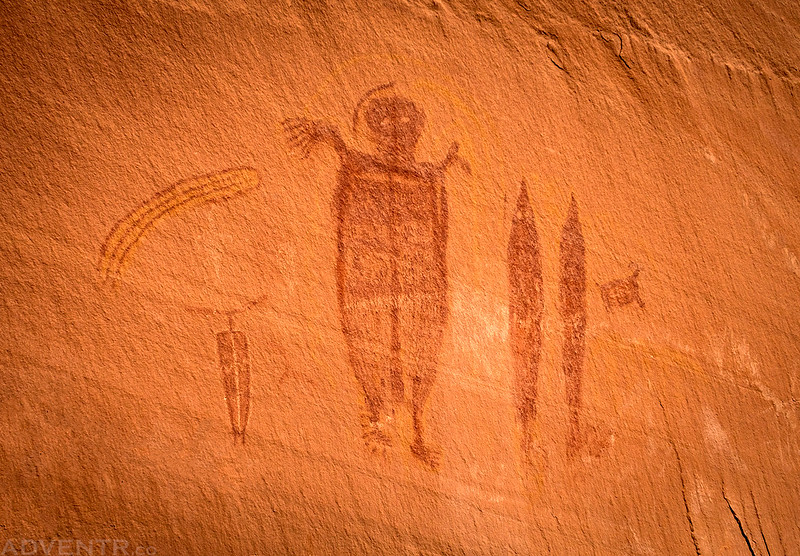 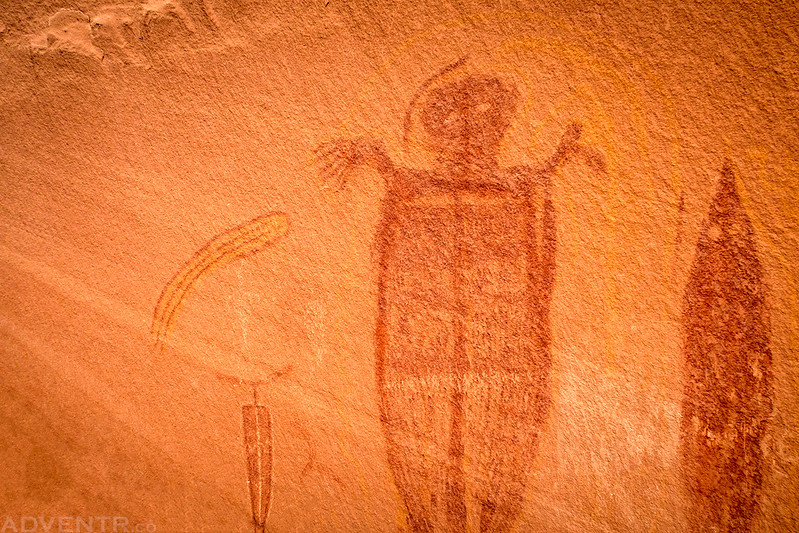 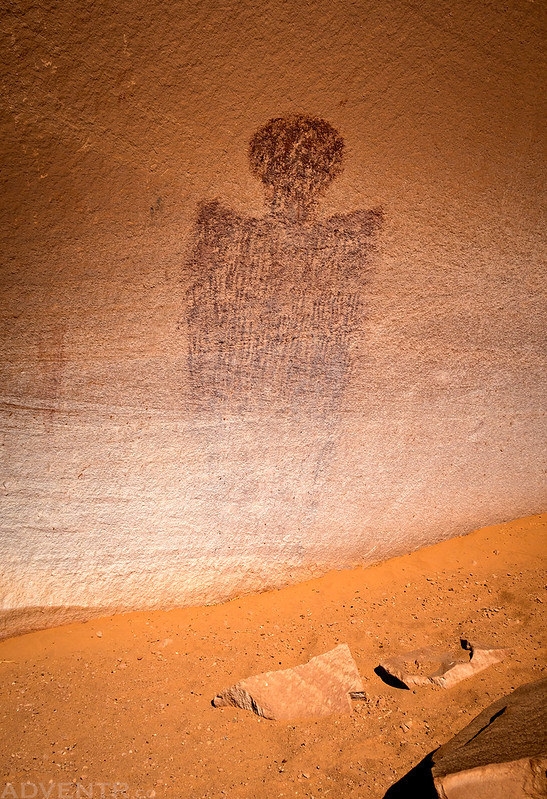 Hiking back across the ledge as we climbed back up to the rim of the canyon. 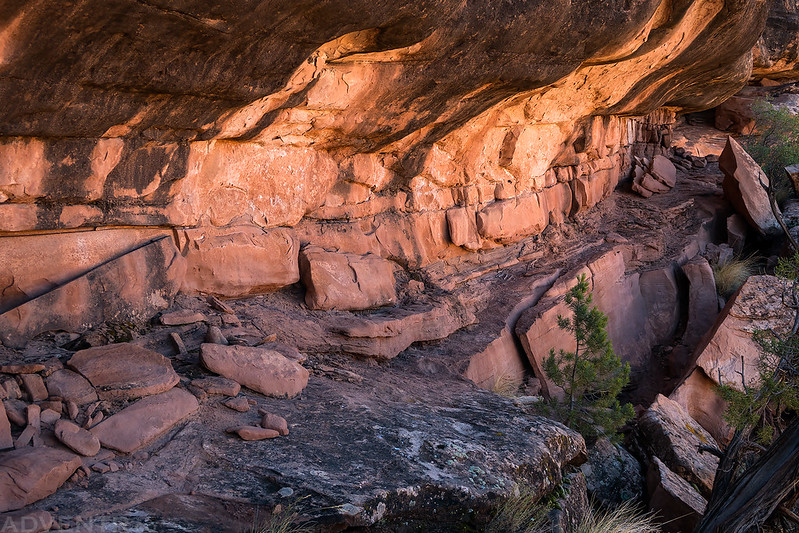 After a break for lunch we went on another short hike over to Jewel Tibbetts Arch (Hell Roaring Arch). 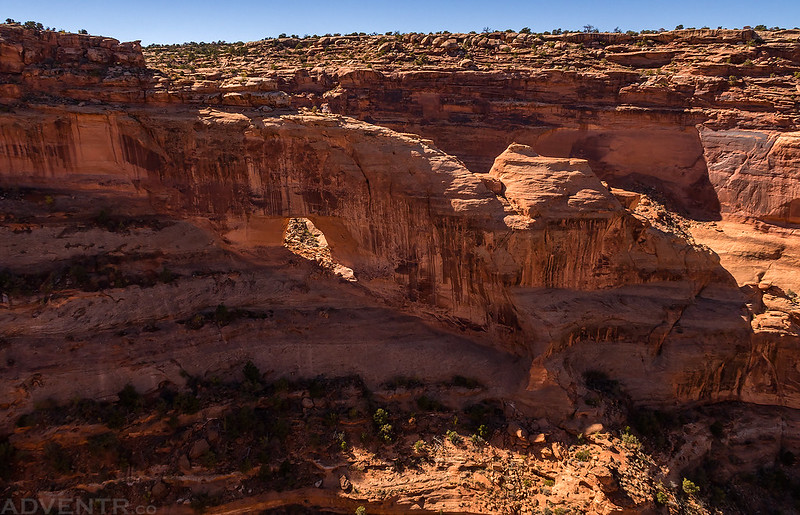 There was a nice view of upper Hell Roaring Canyon from the overlook. 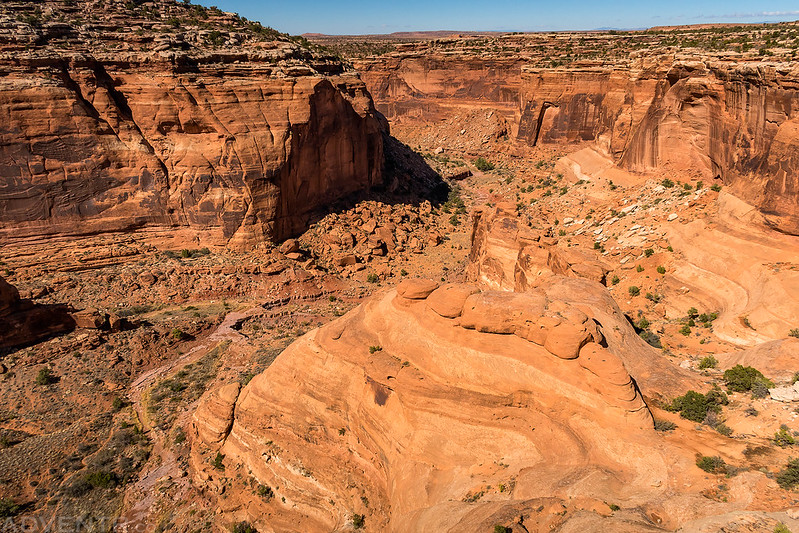 I found this cool little alcove near the trail that I stopped to photograph. 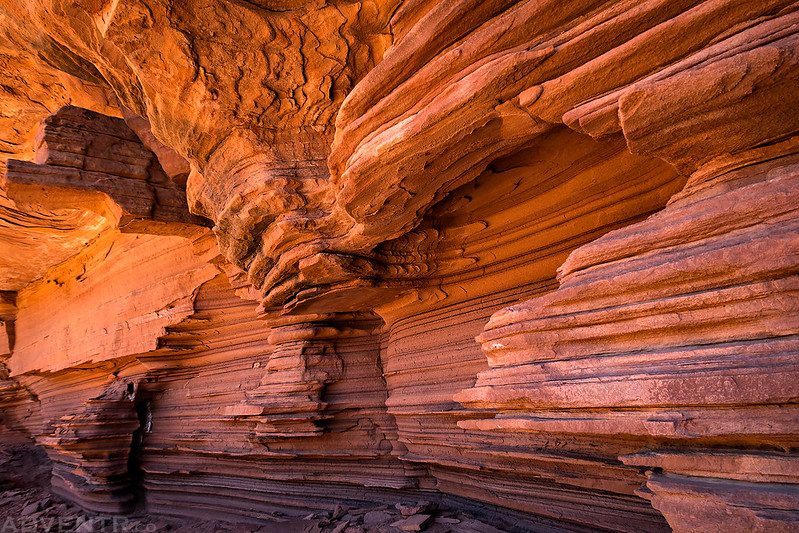 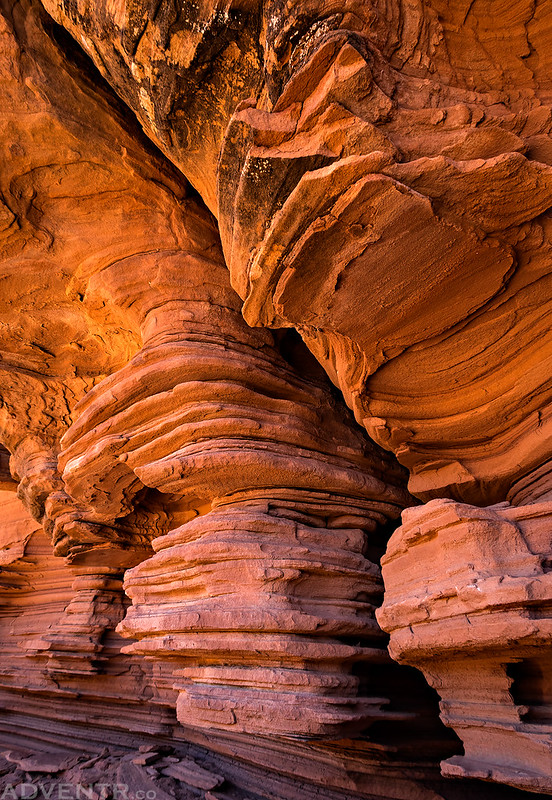 After finding a place to spend the night and setting up our tent, we headed over to the Mill Canyon Dinosaur Tracksite, since we had never stopped there before. There were a lot of nice dinosaur tracks here.

This was probably the best one there. 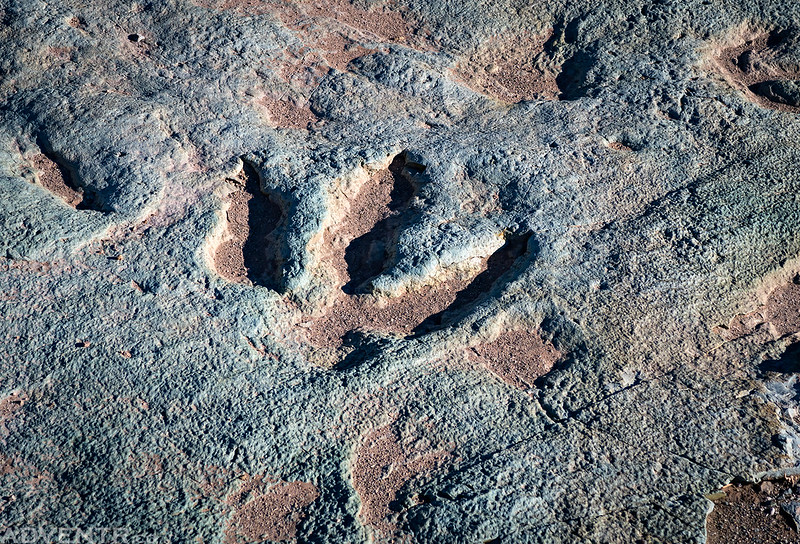 Two tracks walking through the shadows of the boardwalk. 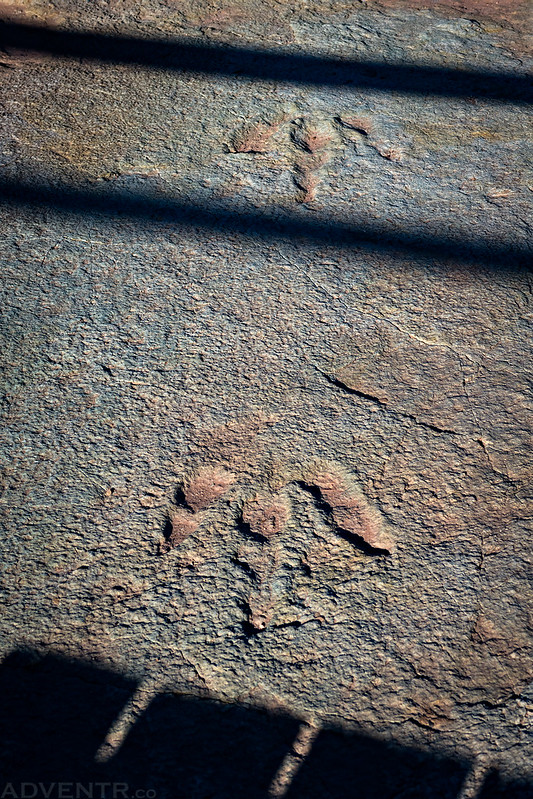 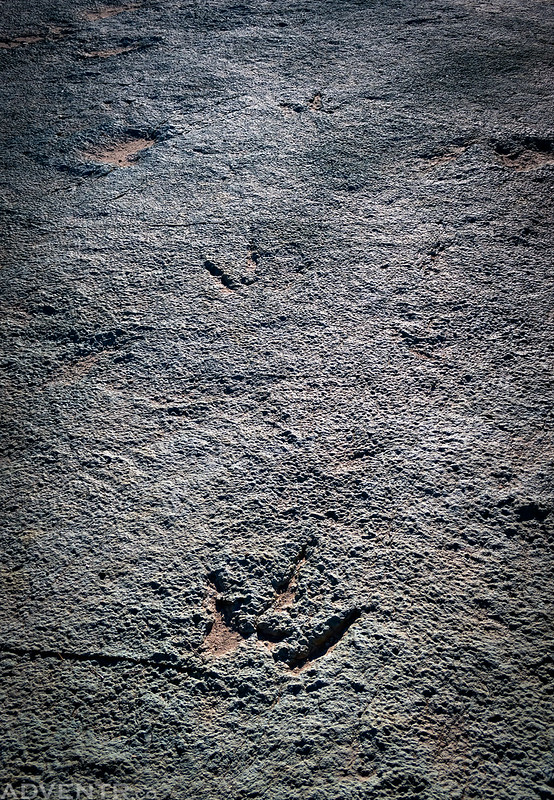 There are a bunch of different tracks in this spot. 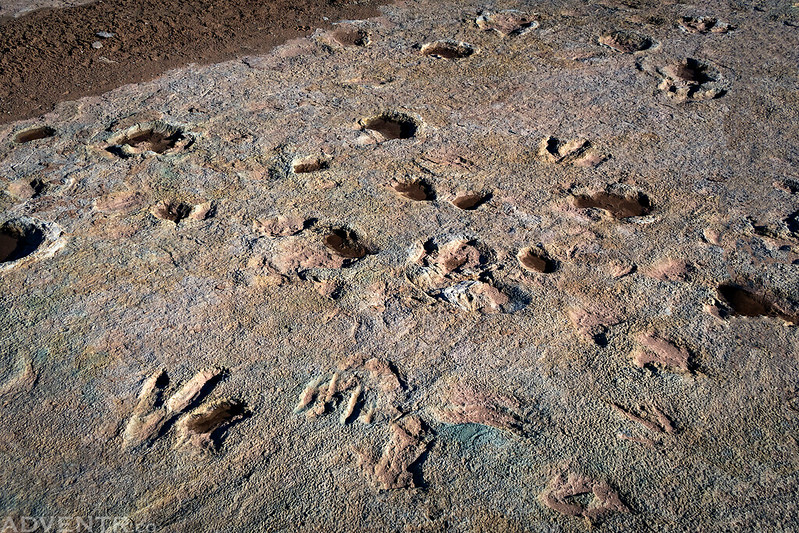 Shortly before sunset we climbed up to the top of an unnamed mesa to watch the sunset. 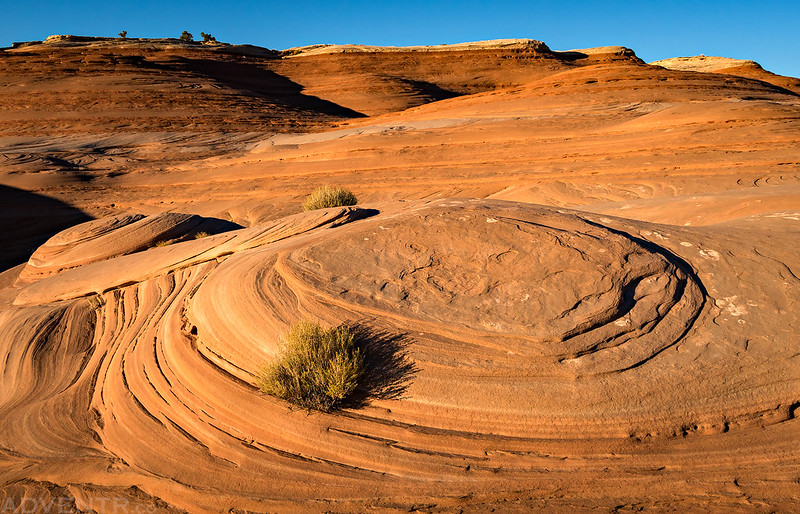 Just me and my shadow… 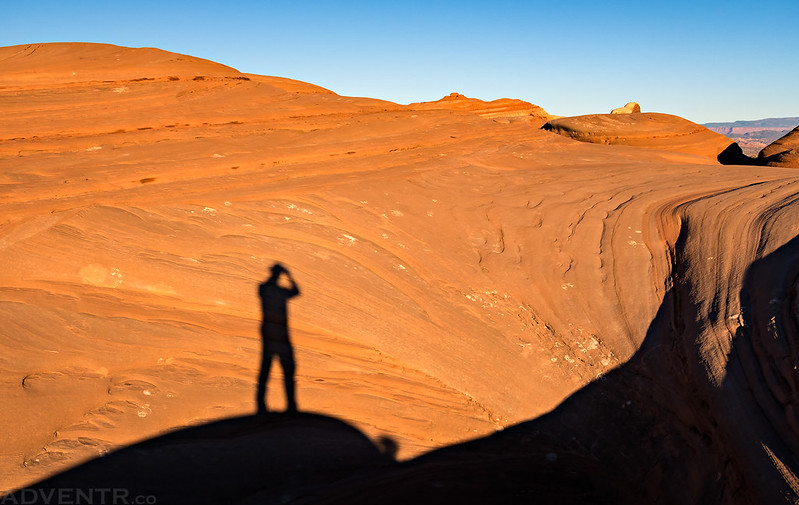 A view over the sandstone swirls of the mesa toward the snow-capped La Sal Mountains. 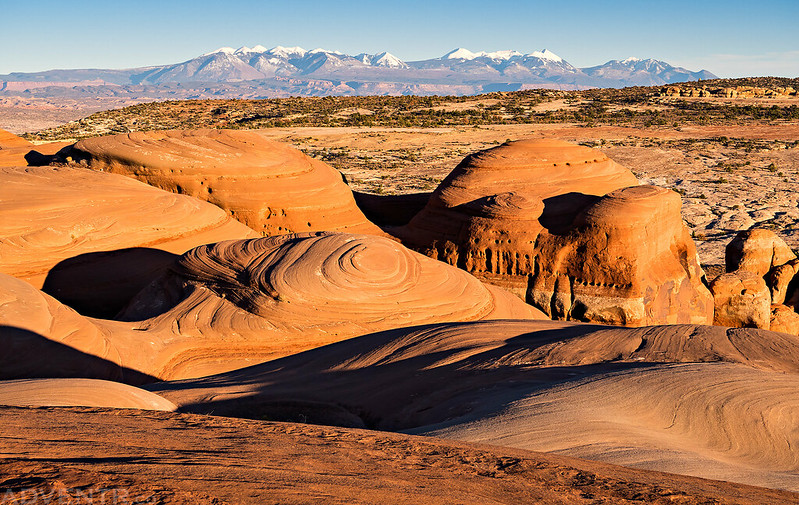 The sandstone up here is a great place to explore. 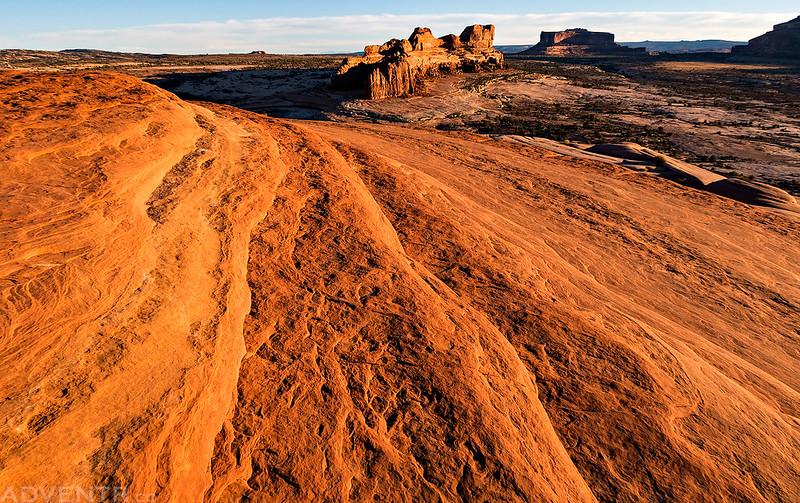 The last time I visited this desert pool it was completely empty. There was also a lot more snow that time, too! 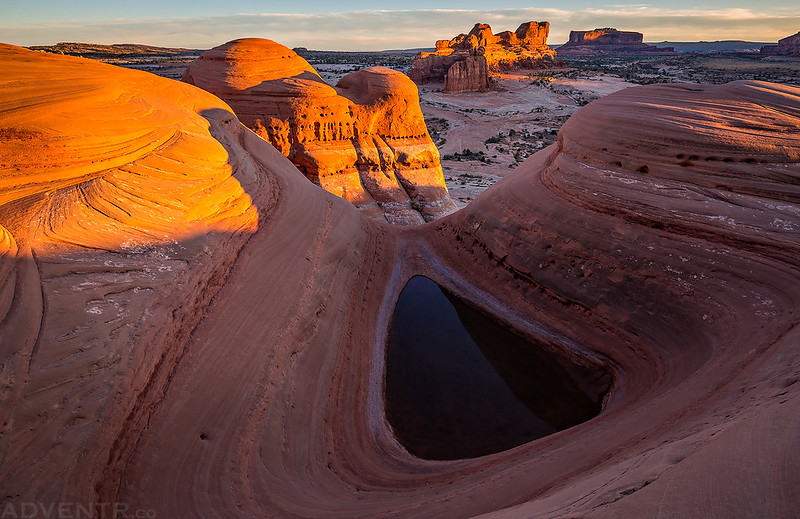 There was nice alpenglow on the La Sal Mountains this evening. 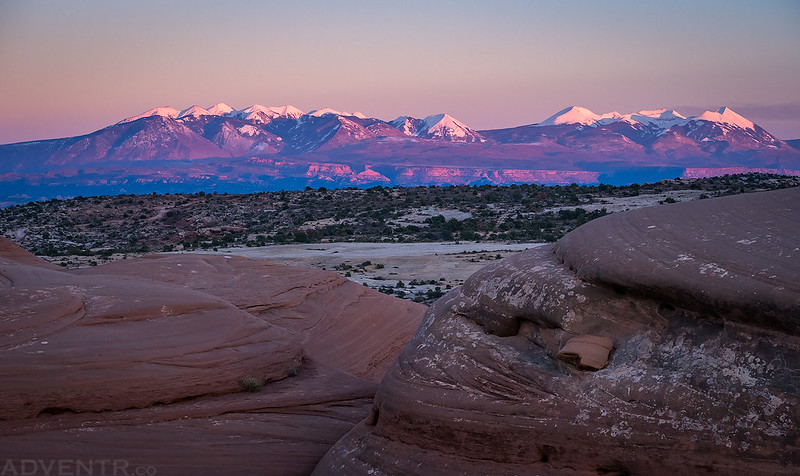 This first photo of the desert pool was taken just after sunset when the clouds on the horizon turned magenta for a few minutes. 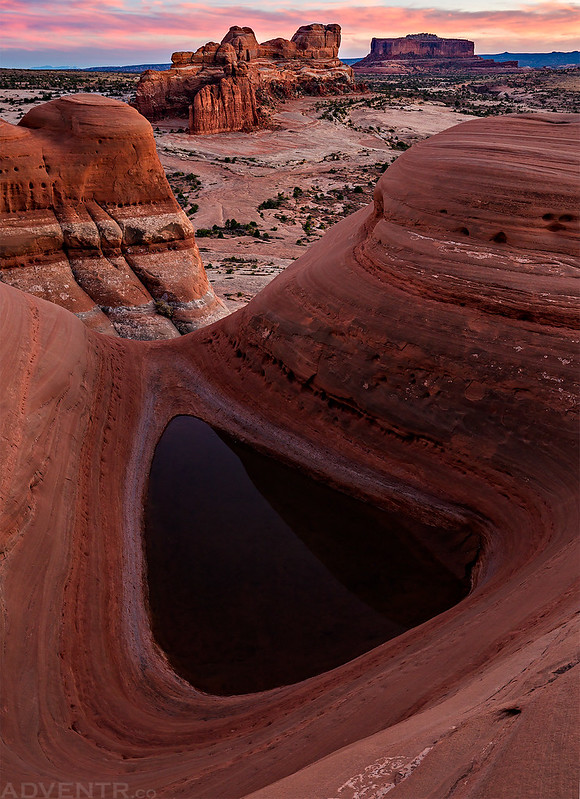 This one was taken a little bit later when all the sandstone was bathed in the colorful afterglow. Which of the two photos do you prefer? 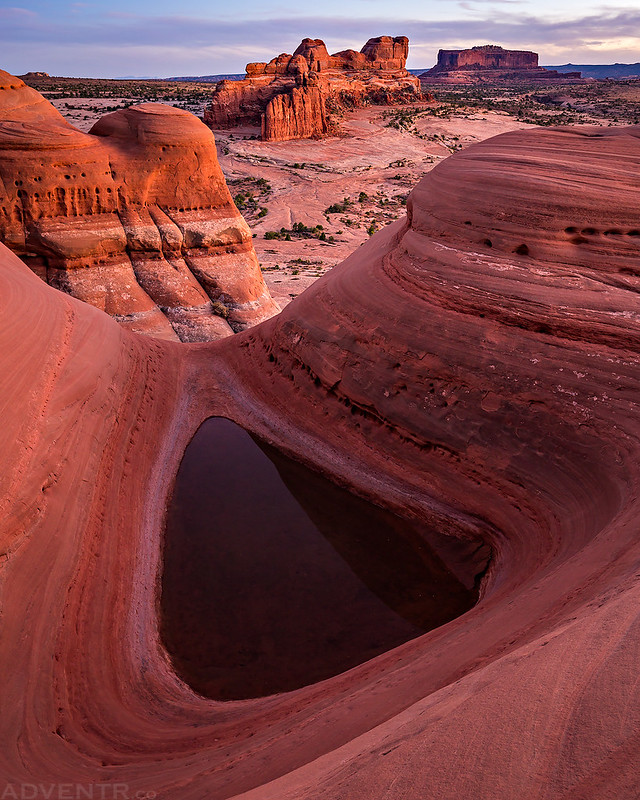 We hiked back down from the mesa in the dark and then drove back to our campsite where we had a late dinner and then went to bed early.

Here’s a photo of our tent on Sunday morning before we took it down and headed back home. We both had a nice weekend. 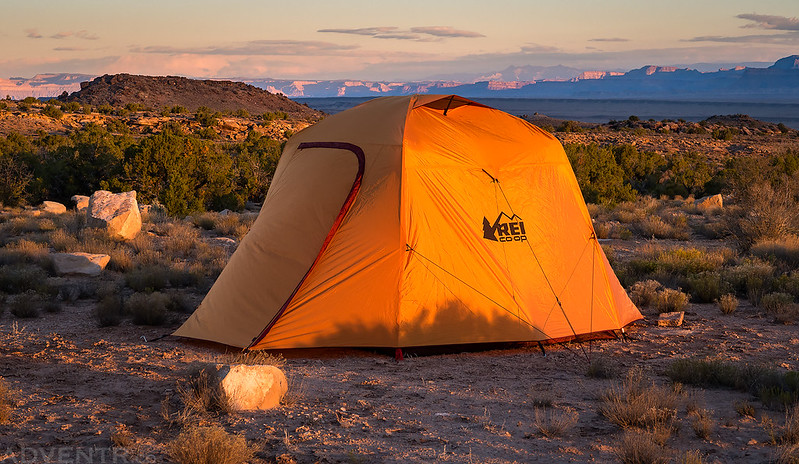