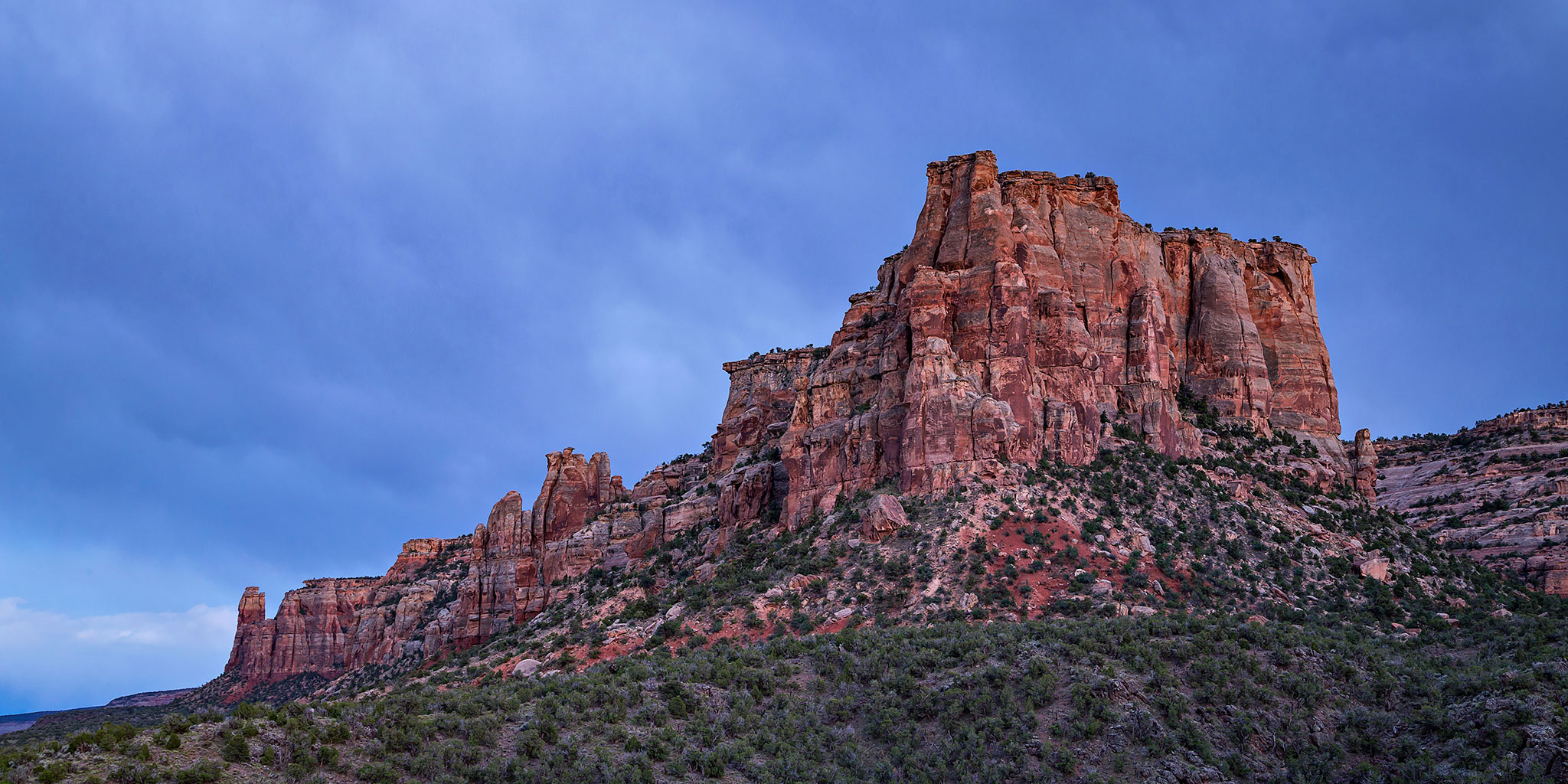 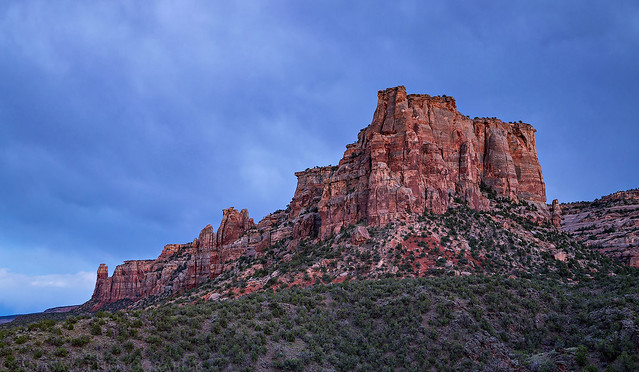 A little afterglow on the sandstone at dusk in the Colorado National Monument.

I’ve been wanting to photograph sunset from Gold Star Canyon in the Colorado National Monument for a while now, but every time I think about heading up that way it seems the sky doesn’t want to cooperate with me. Late this evening the sky was looking good for the possibility of a nice sunset, so I headed over to the White Rocks Trailhead and hiked up into Gold Star Canyon. Unfortunately, as I was hiking into the canyon more clouds started to build over the valley and my hopes for a nice sunset never really materialized. While I was waiting around I found out that the biting gnats are now out for the season and they were pretty annoying. I stuck around until about 30 minutes after the sun had set hoping for some color, but it never really happened aside from a little afterglow. I guess I will have to try again another time.

Nice light on the Book Cliffs across the Grand Valley as I climbed up the trail. 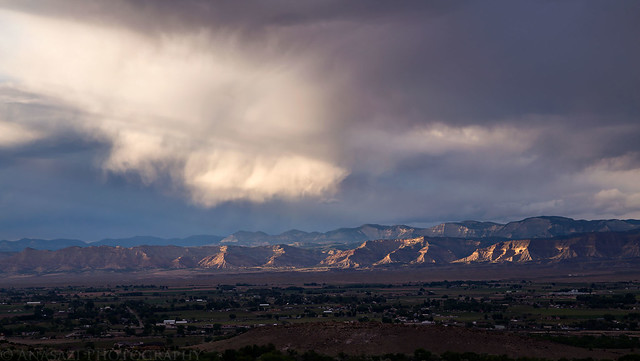 My view into Gold Star Canyon as I waited for the sun to set and hoped that there was still a small opening in the clouds on the western horizon. 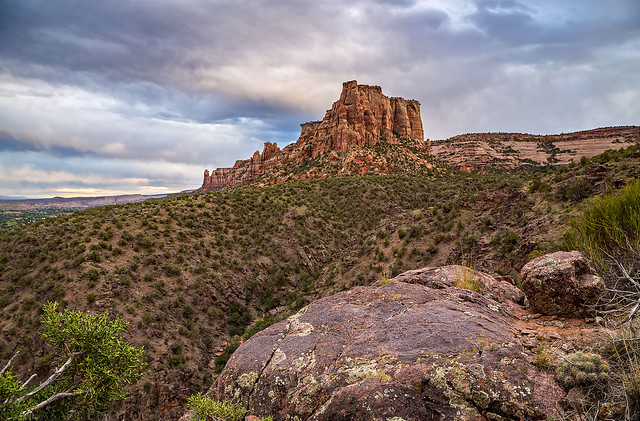 The only clouds that lit up at sunset were on the other side of the valley. 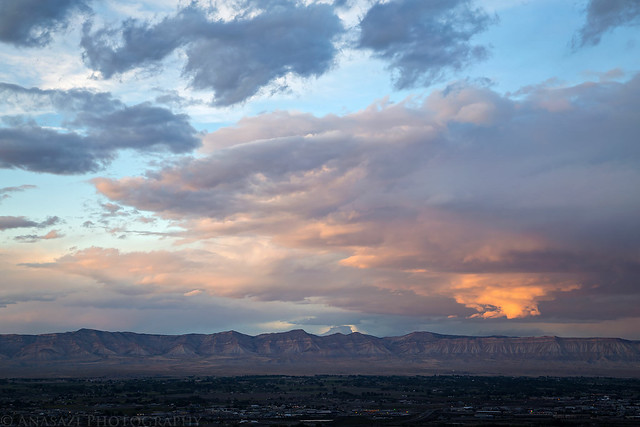 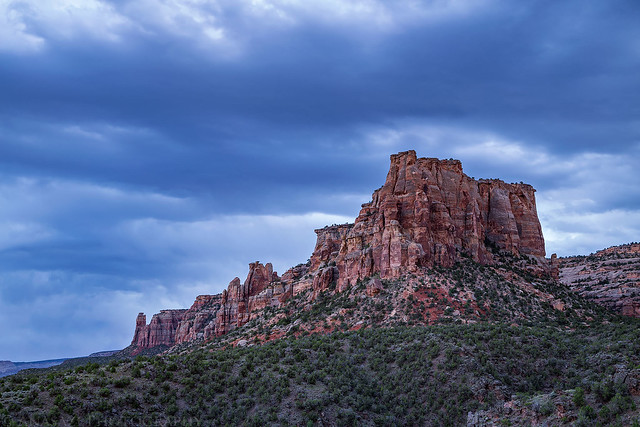 A little color in the sky to the west as I hiked down the trail in the dark. 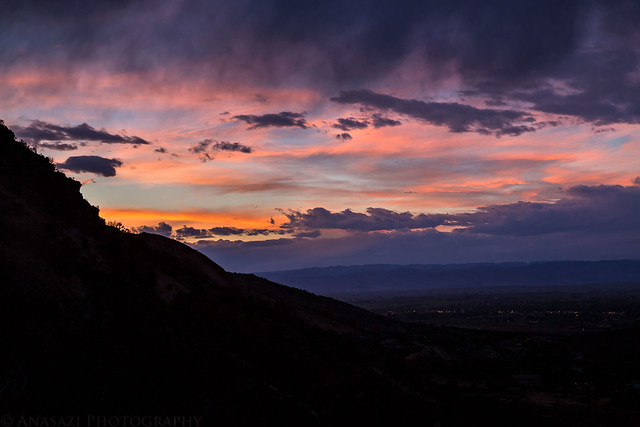