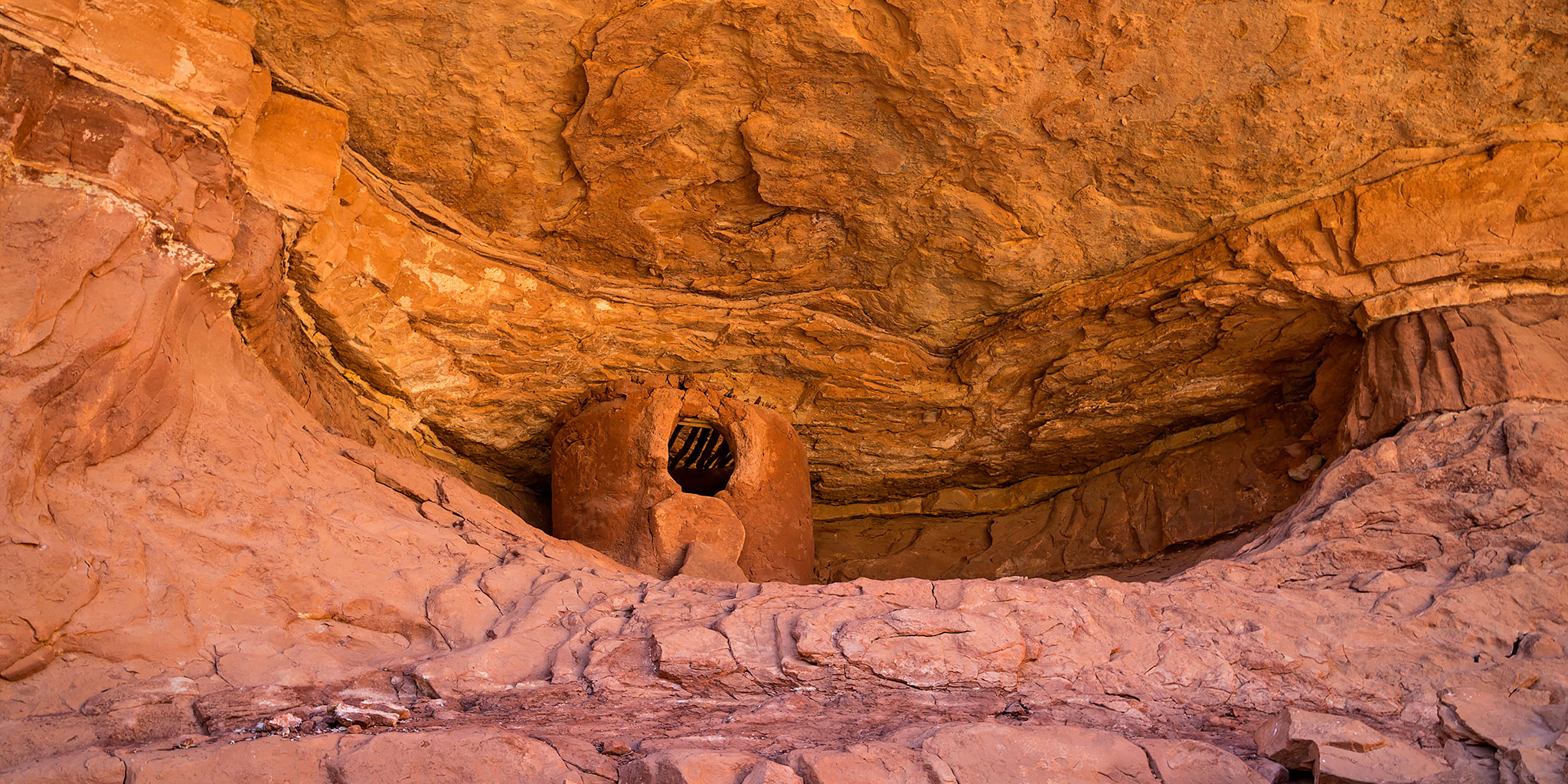 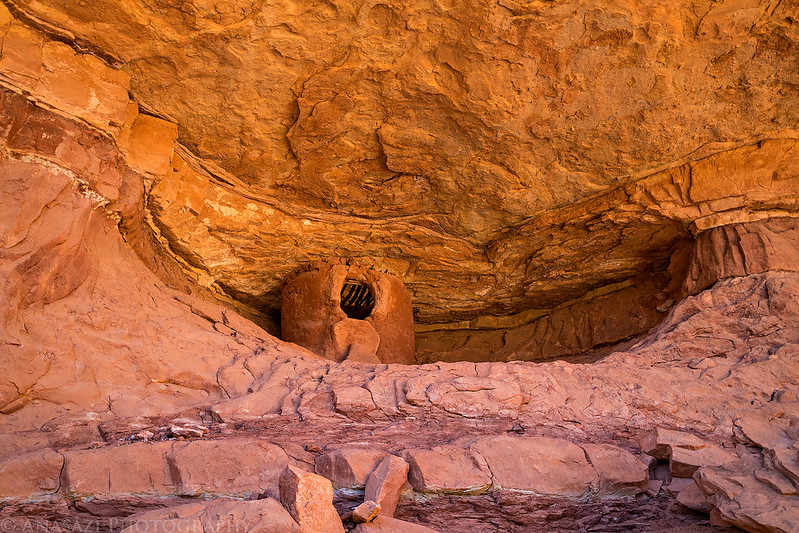 A nicely preserved granary tucked away inside a small alcove hidden in a canyon on Cedar Mesa.

This amazing petroglyph panel on a large boulder that resembles an arrowhead was a highlight of the weekend. 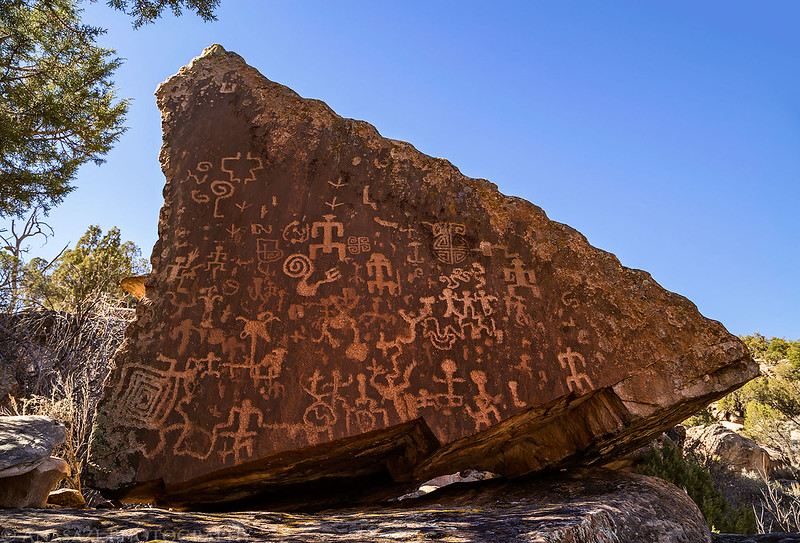 A closer look at some of the petroglyphs. 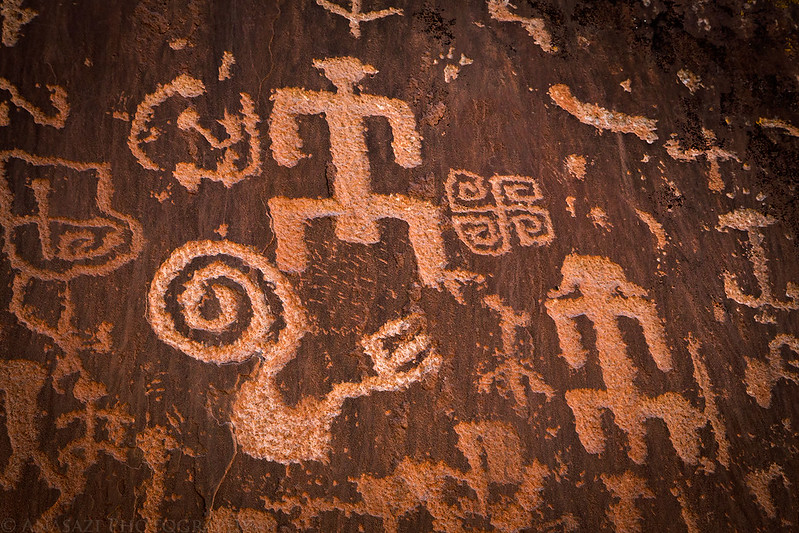 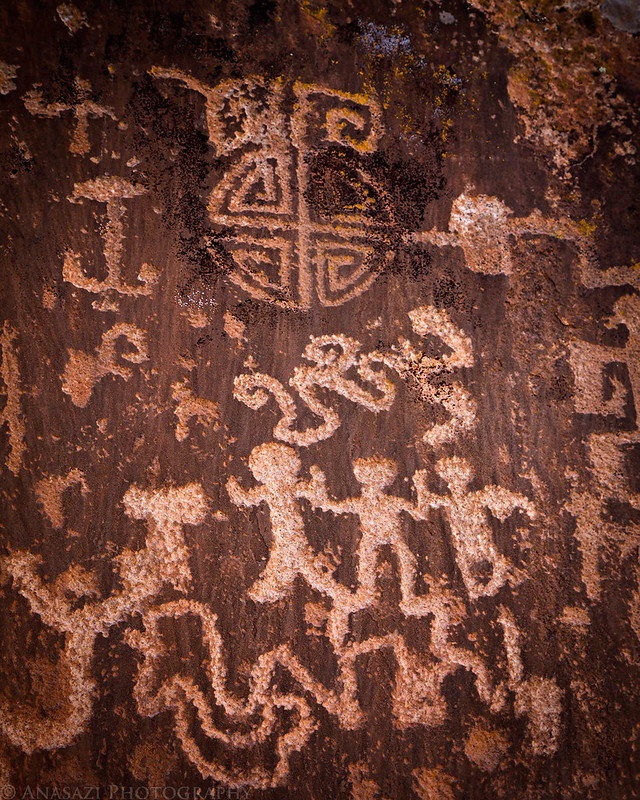 This is an interesting granary built on top of a large boulder in the middle of a shallow alcove. 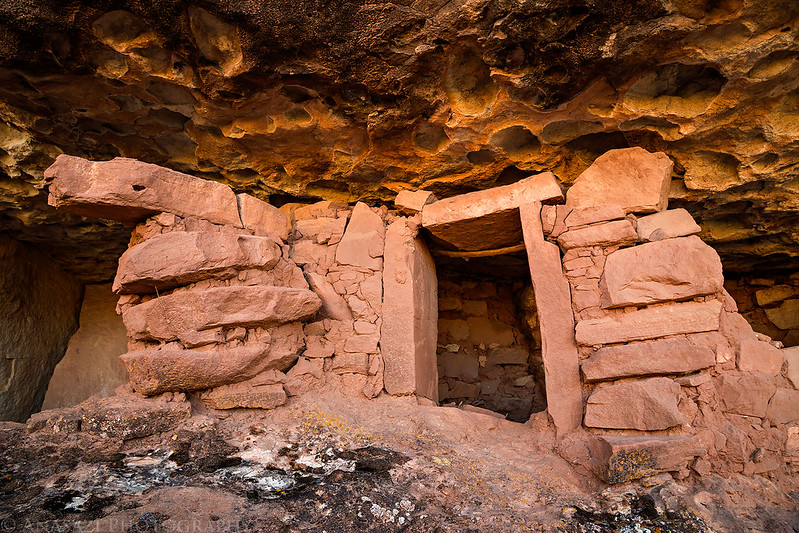 Diane found these two petroglyphs nearby. 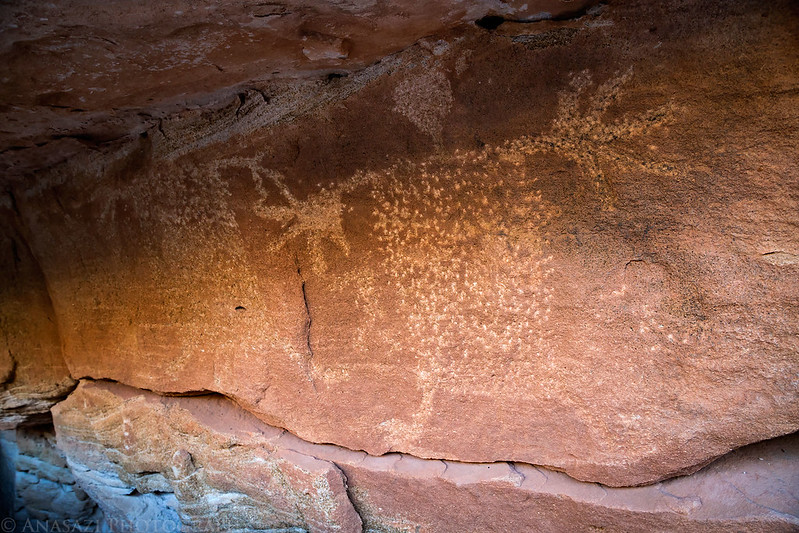 We returned to this shelter that contains a large panel of red pictographs. 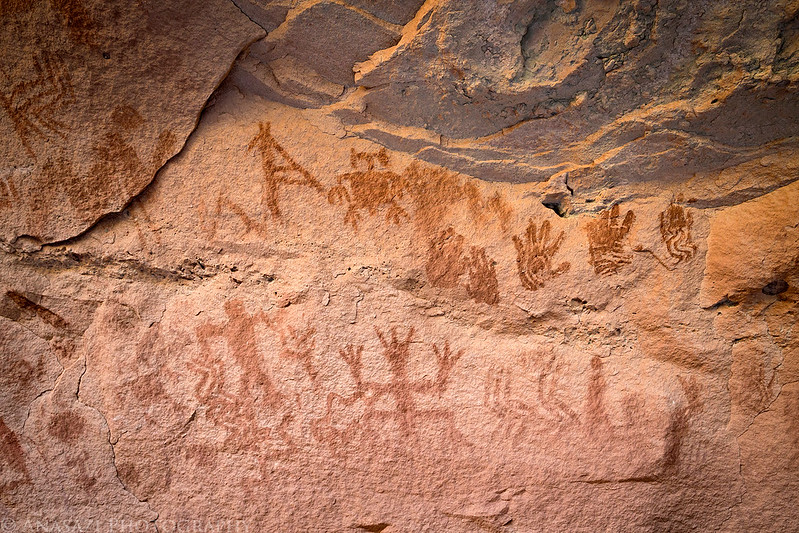 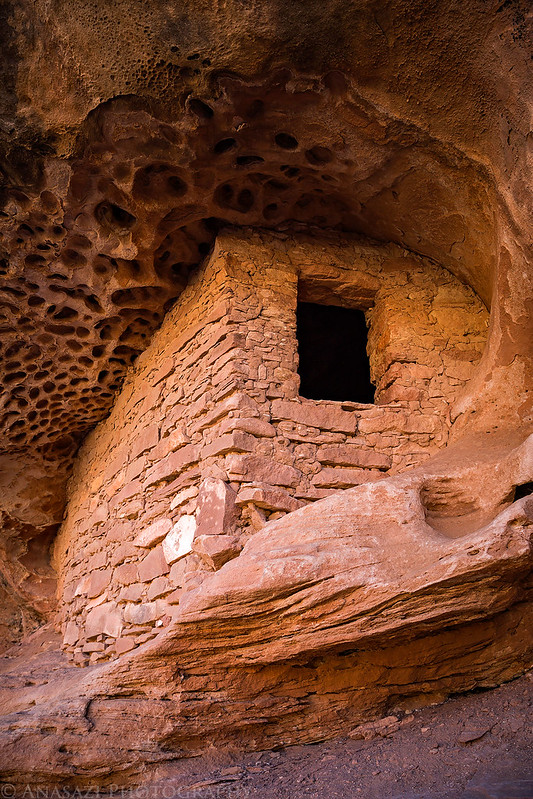 A white flute player watches over the foundation of an old structure. 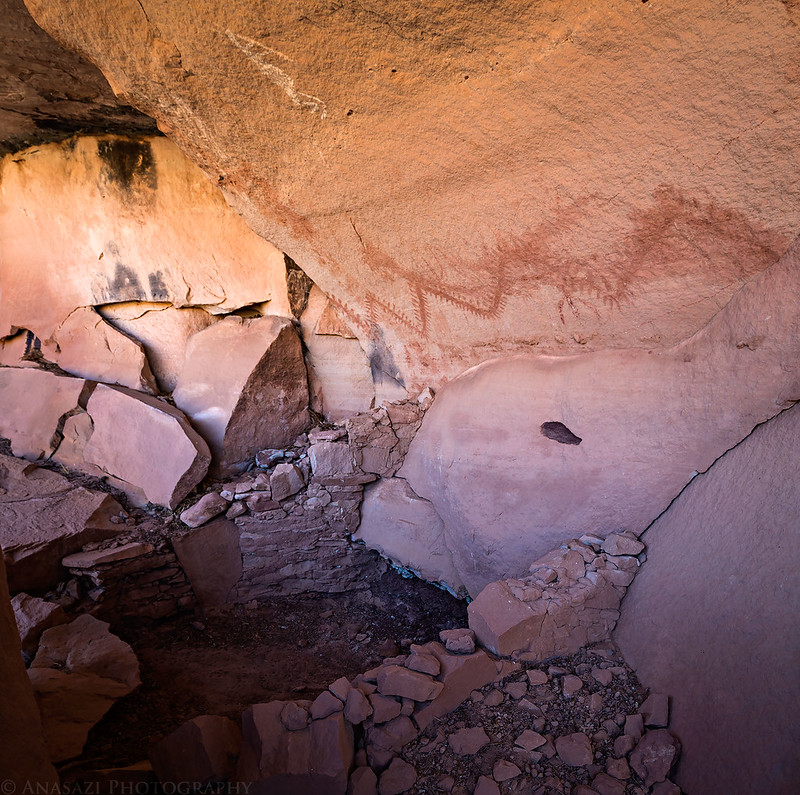 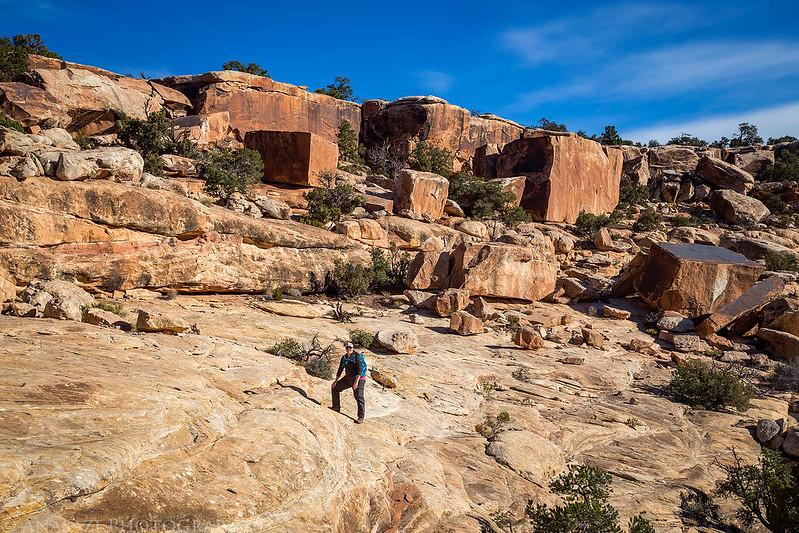 There were a number of small granaries in this area. 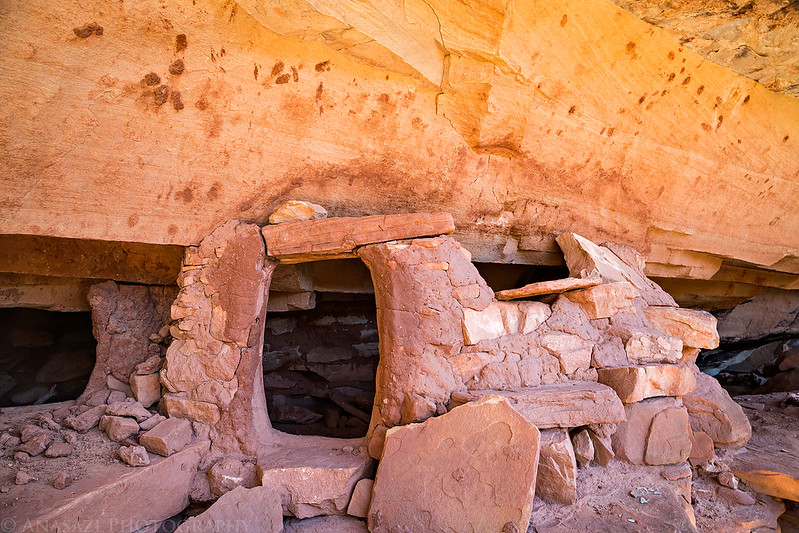 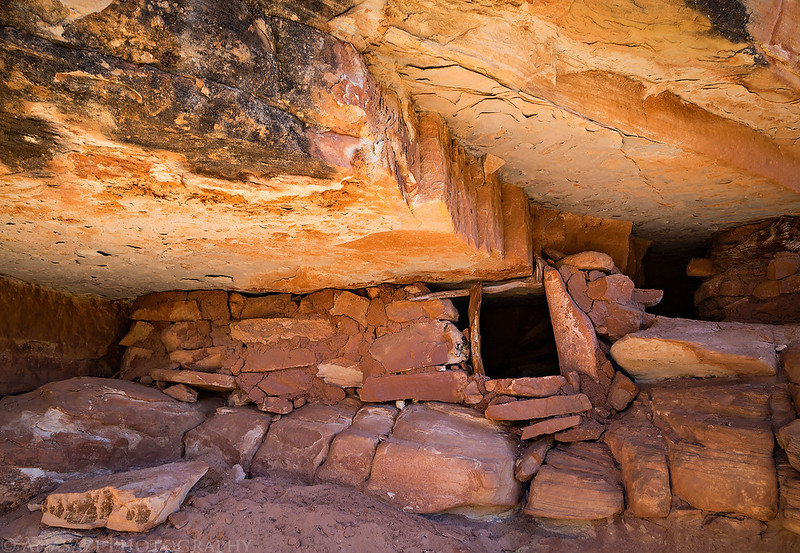 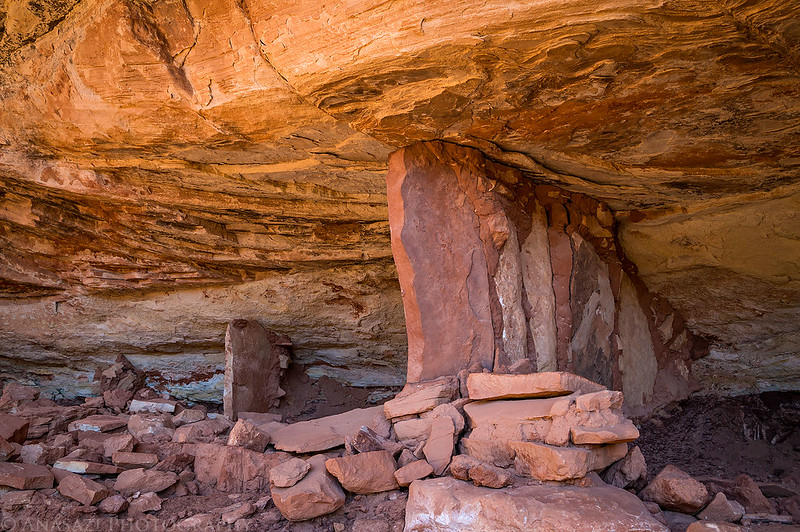 I liked the stripes on this wall that we found while searching for rock art. 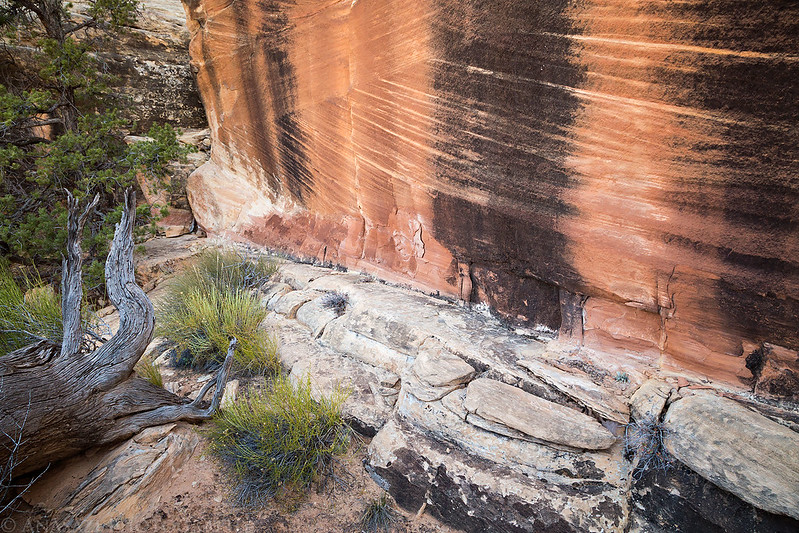 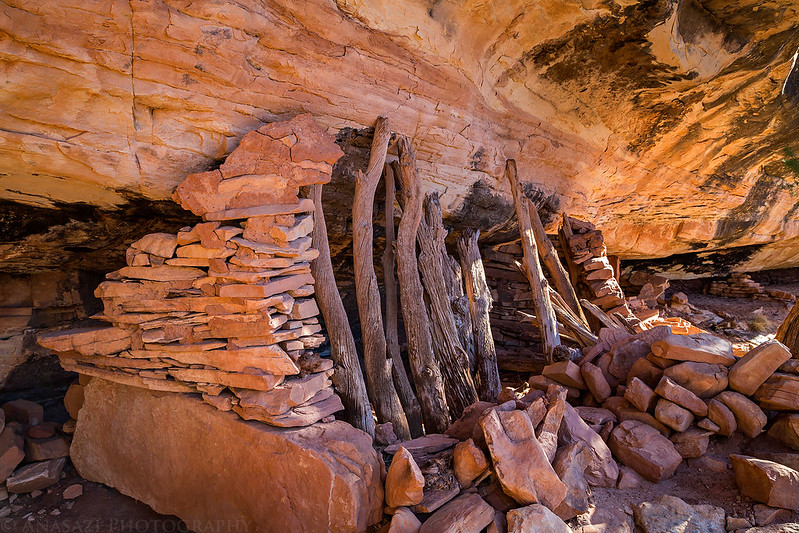 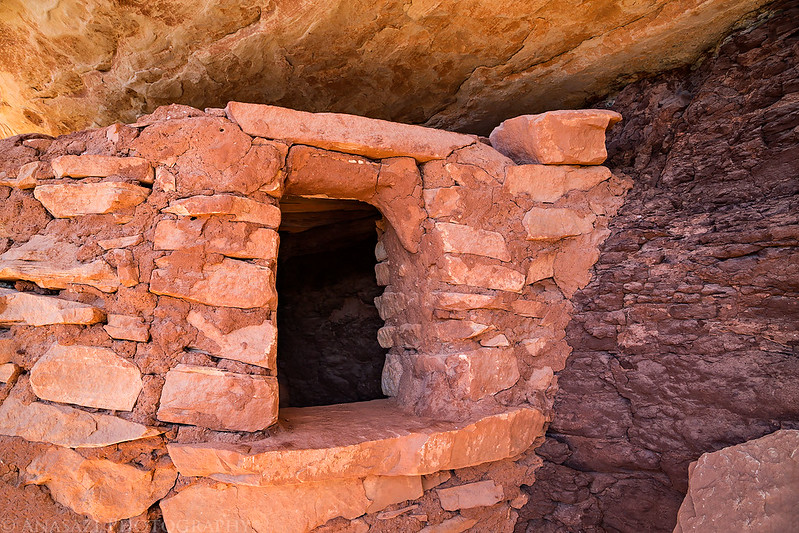 Hiking further down the canyon… 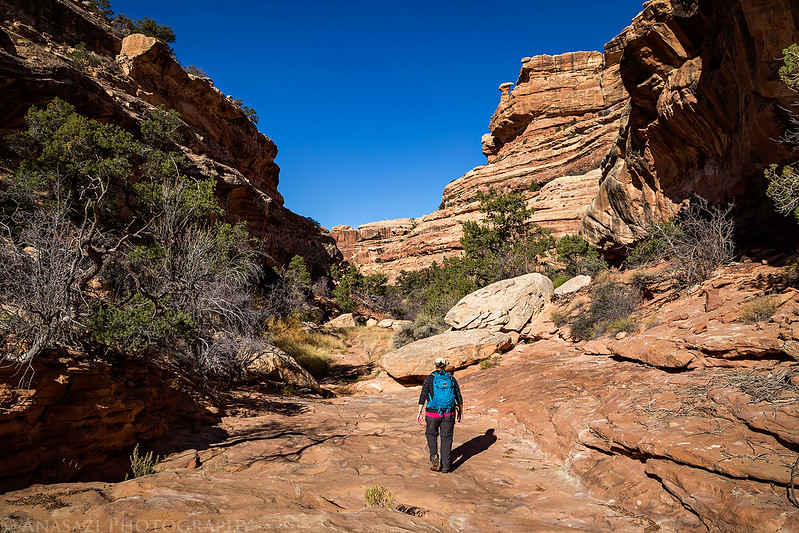 This was an interesting structure that was built out of wood mostly. 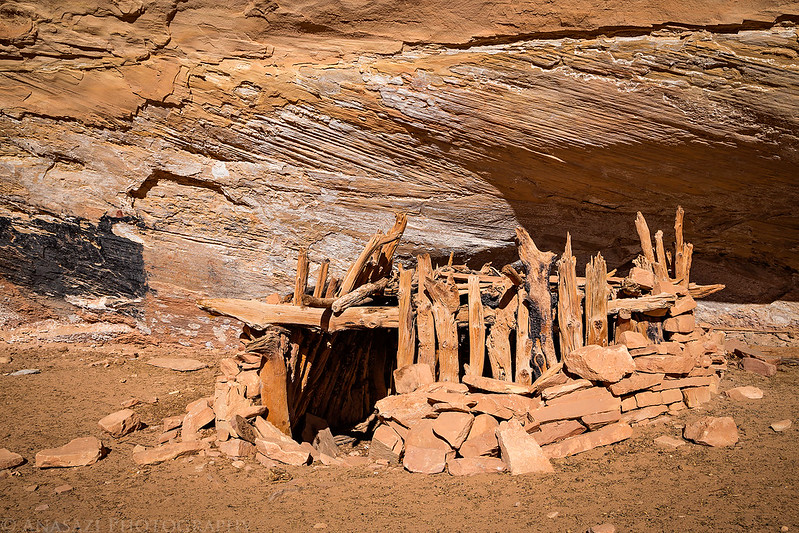 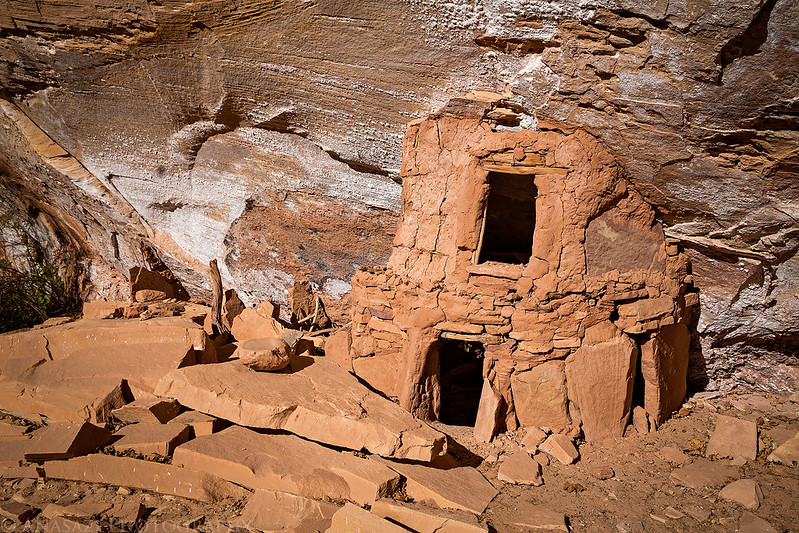 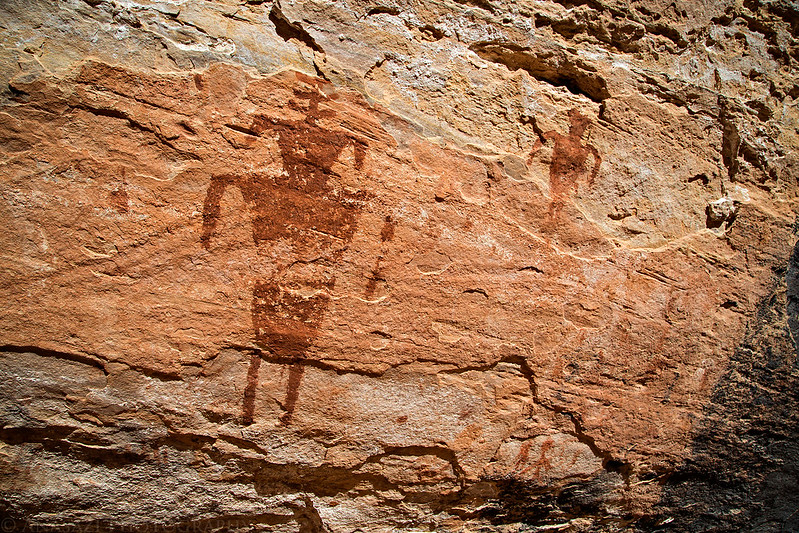 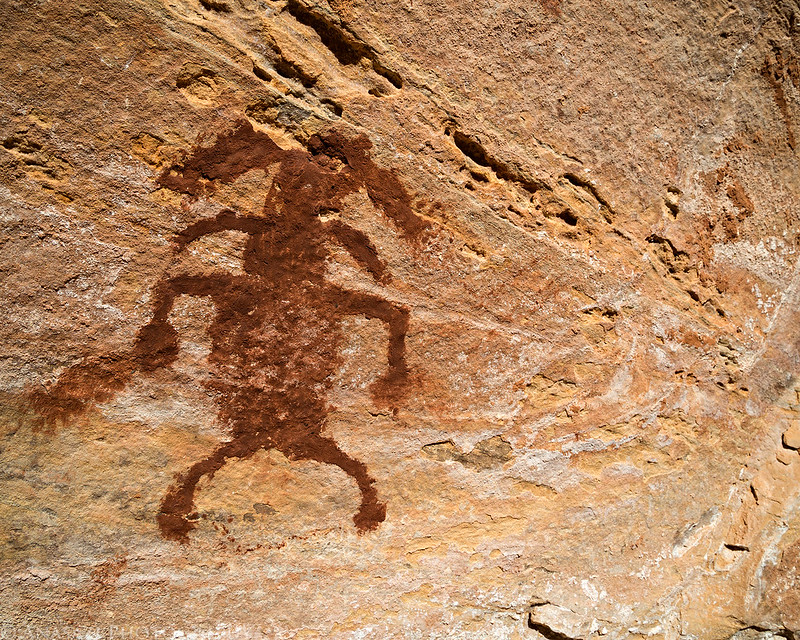 This was one of the nicest granaries we would see all weekend. The light in the alcove was pretty nice, too. 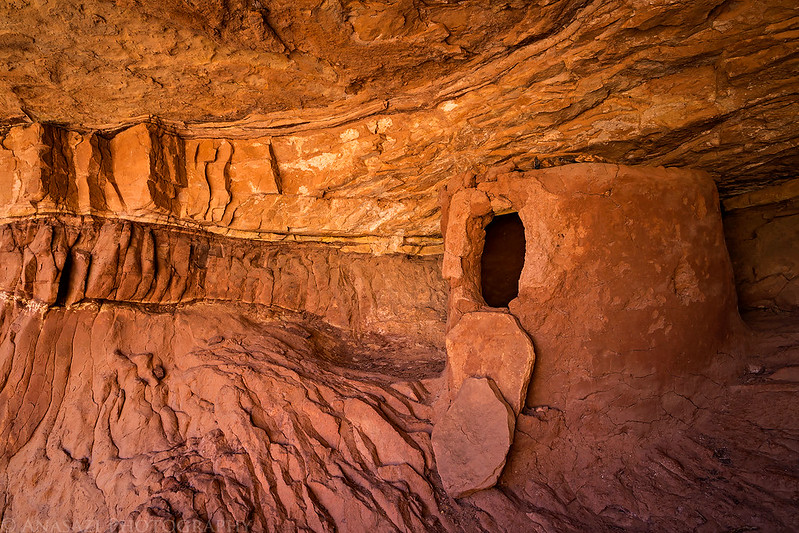 Hiking in the shadows of the canyon in November. 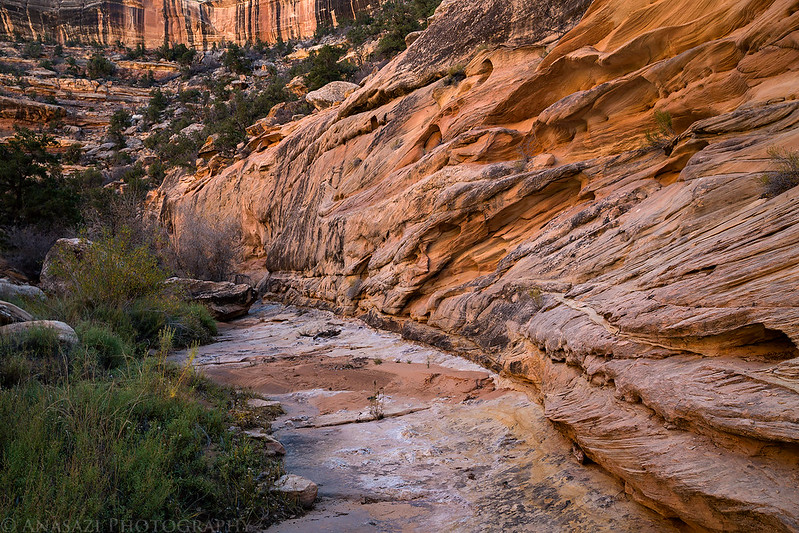 Check out the large petroglyph panel on top of the very large boulder located in the middle of the wash (Diane stands below for scale). I climbed up out of the canyon bottom a little ways to get this view from above. Imagine how many people walk right past this boulder without even realizing those petroglyphs are up there? 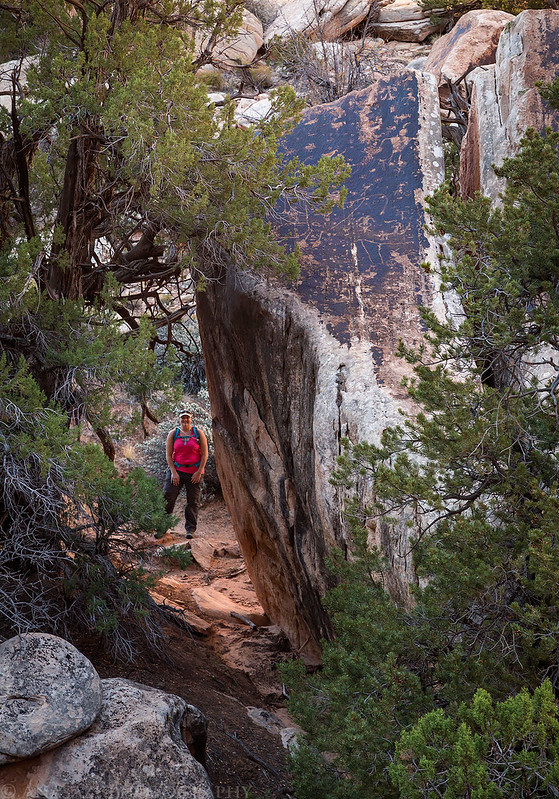 >> Searching for The Ancients Photo Gallery