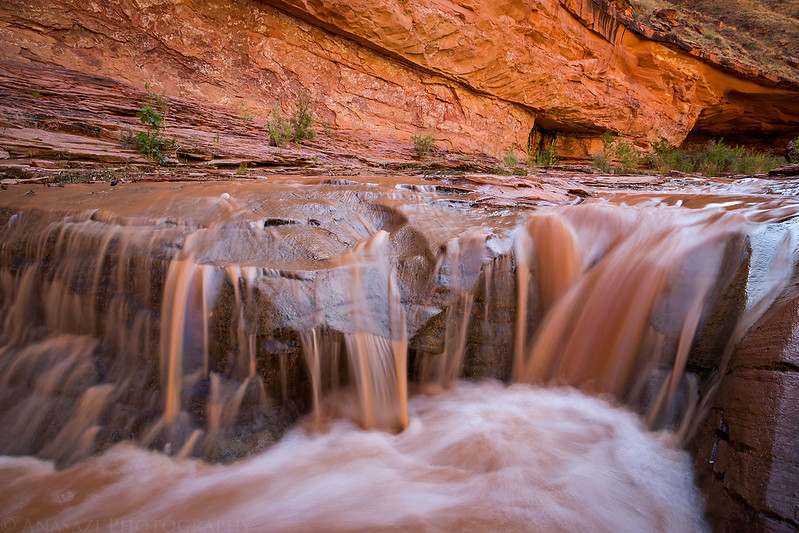 After dropping Diane off at the Crack in the Wall Trailhead with our packs, I drove my Jeep back to the water tank and then quickly hiked back along the road to meet back up with her and start the adventure. We had no problems getting down through the Crack in the Wall after we lowered our packs down the ledge with a short rope. After descending the big sand hill into Coyote Gulch we were surprised to find that the water in the creek was chocolate-milk colored and full of silt. The last time I was through here the water was pretty clear and easy to filter so I was worried that this could cause us some issues because having trouble finding clean water along the route is not something I had planned for. We ended up hiking further on the first day than anticipated in hopes that we would find some decent water that I could filter. Without much success we settled on camping just after passing Cliff Arch. I tried to filter the water from the creek using Diane’s buff to help keep more of the silt out, but the water still killed my filter after one liter. We used that water for dinner and still had enough in our packs to get us to the spring under Jacob Hamblin Arch the next day.

Since we had hiked further on the first day then planned and needed to get to the spring on the second day, we decided to cut the trip short by a day and only spend one night in the canyon. After a week of hiking and camping I was actually looking forward to getting home a day early and getting some rest before heading back to work on Monday, so it worked out for us.

Diane hikes down the big sand hill into Coyote Gulch after descending through the Crack in the Wall. 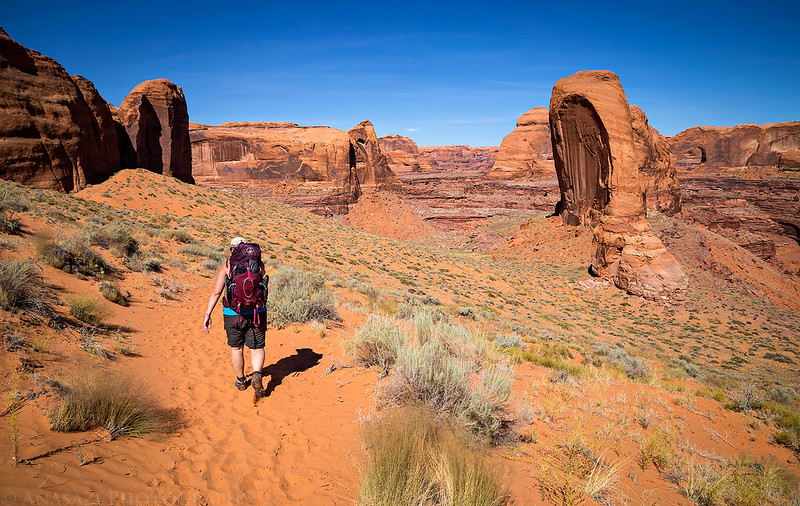 We passed by a couple of waterfalls as we hiked up the canyon on the first day. 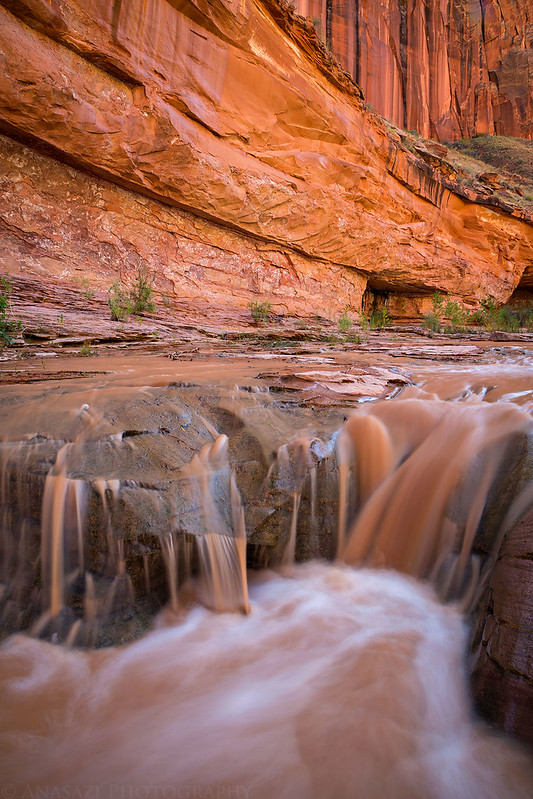 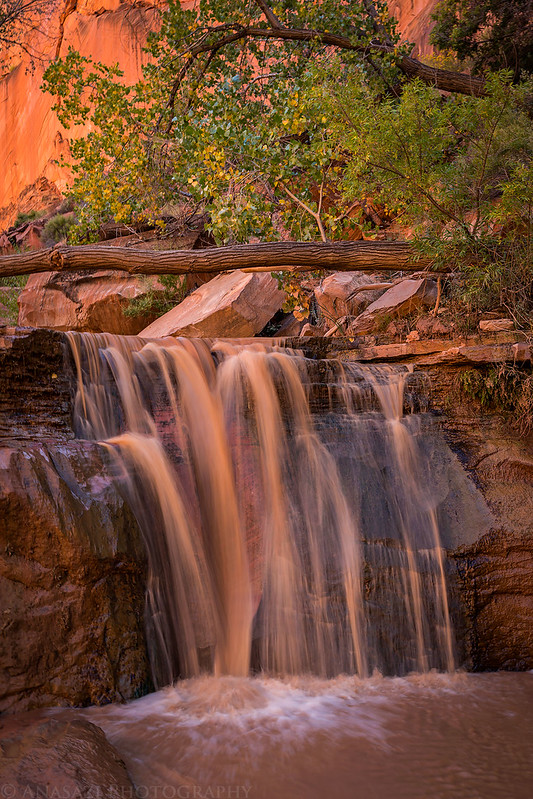 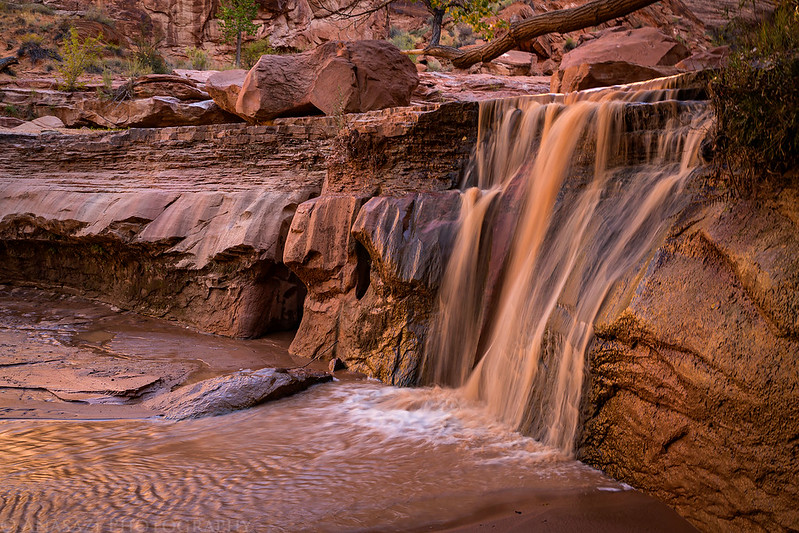 We setup camp under some large cottonwood trees shortly after passing by Cliff Arch. 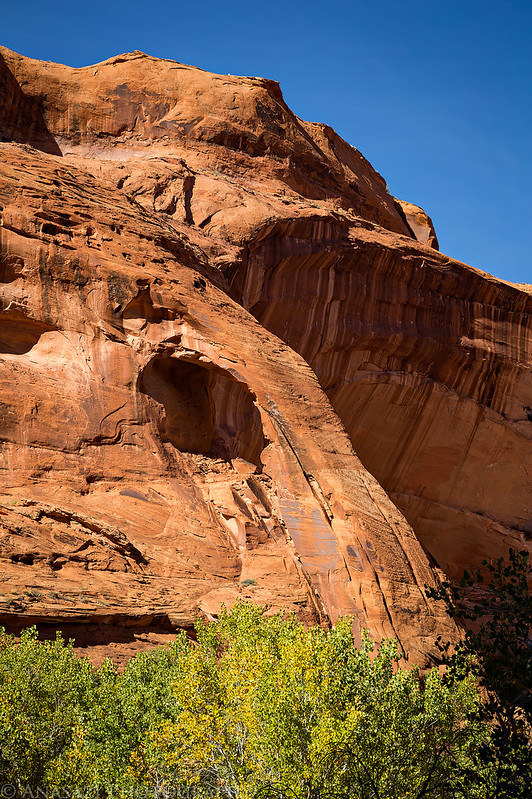 Pictographs in a large alcove near our campsite on Saturday morning. 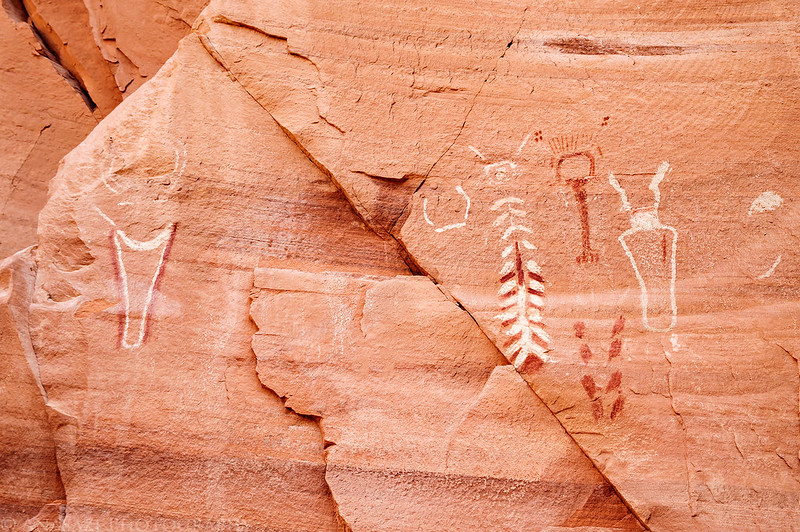 Shortly after leaving camp we passed under Coyote Natural Bridge. 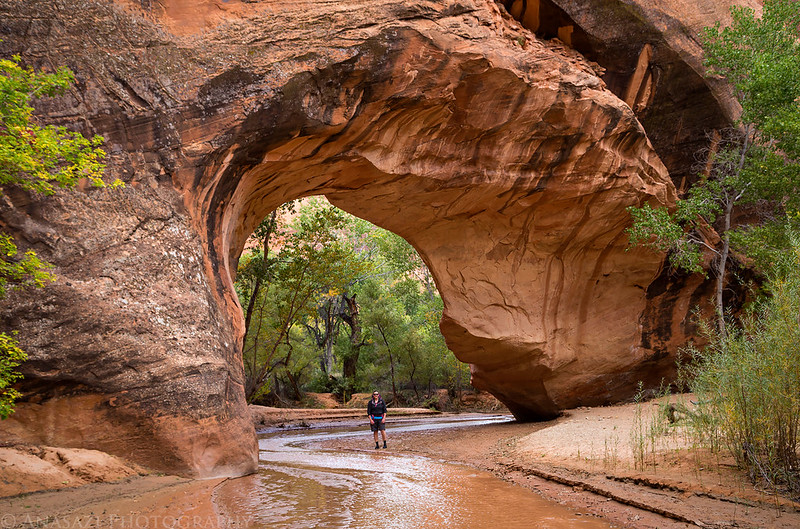 Diane stops for a second in the Choke Point. 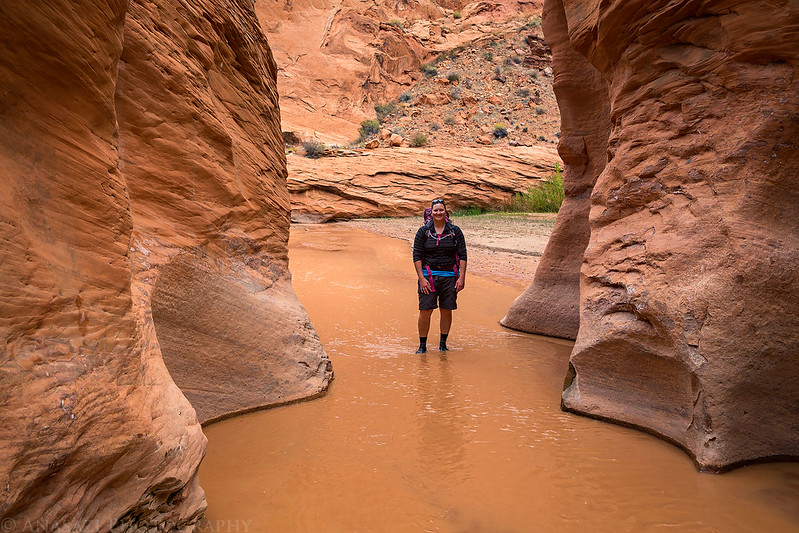 We briefly stopped to check out Swiss Cheese Falls. 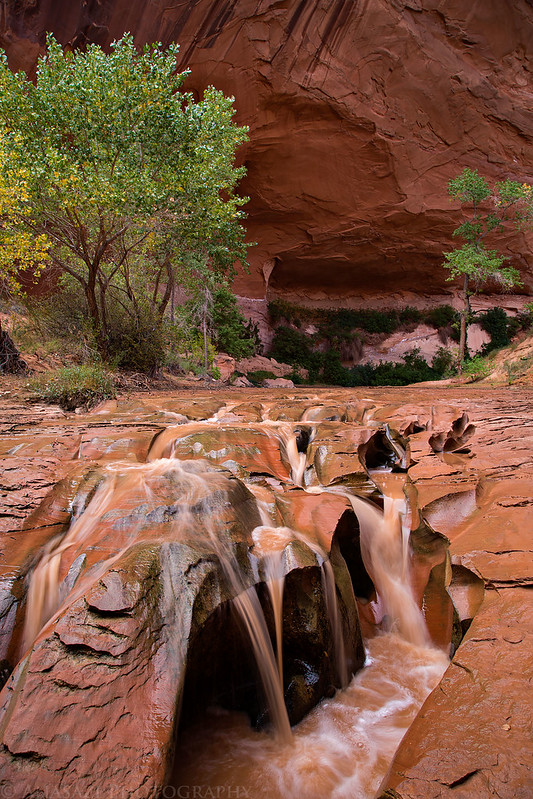 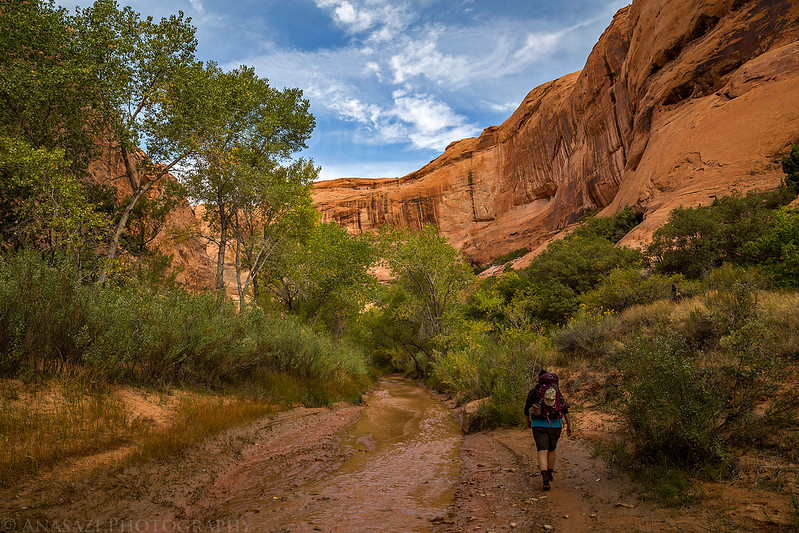 I took this photo of Jacob Hamblin Arch right before replenishing our supply of water at the nearby spring. 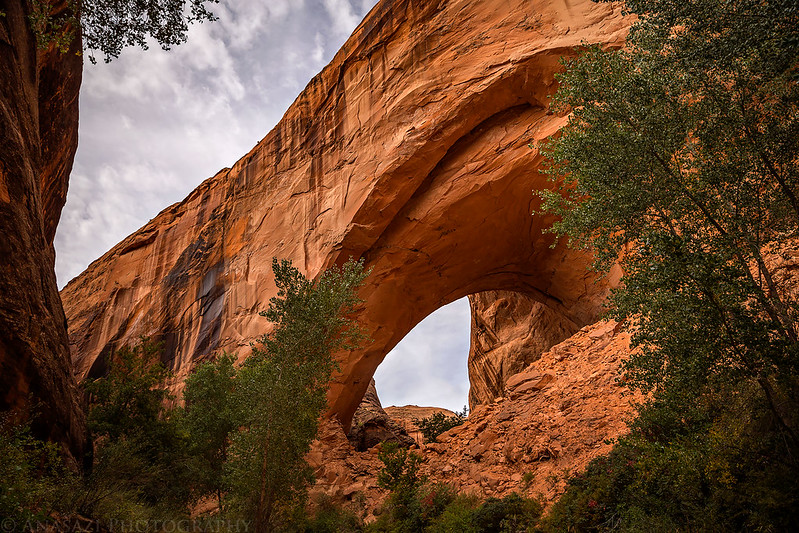 Inside a large alcove. 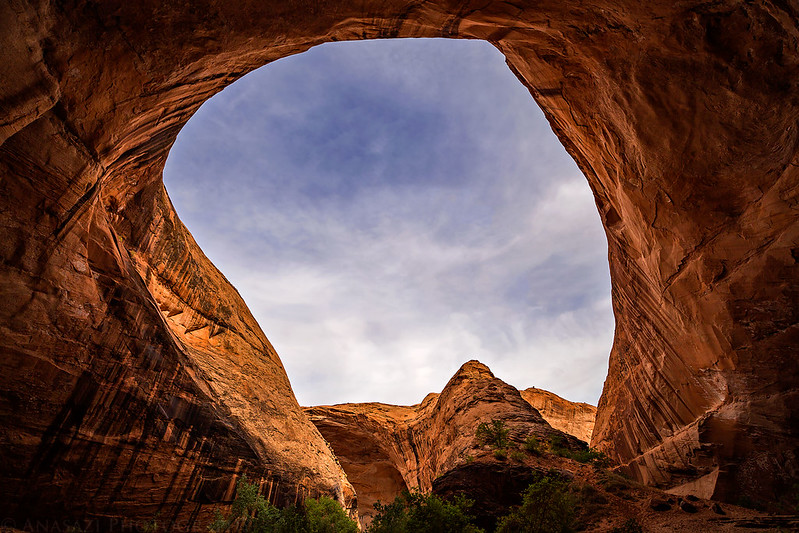 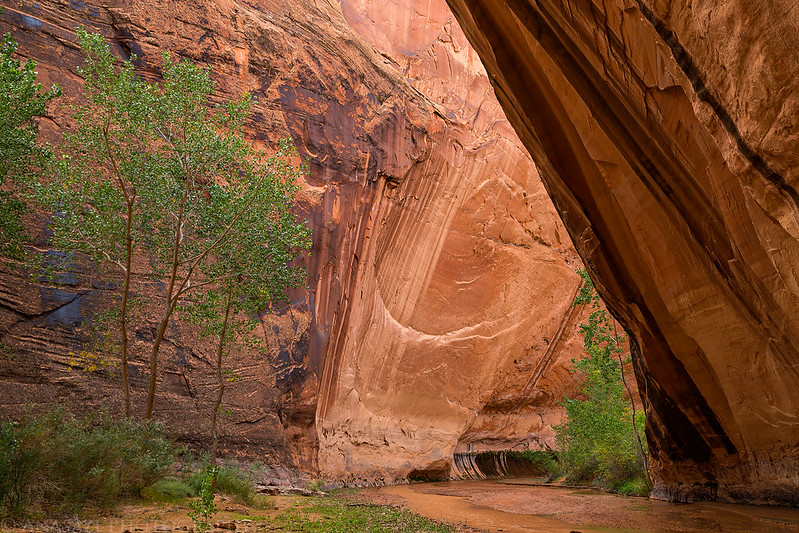 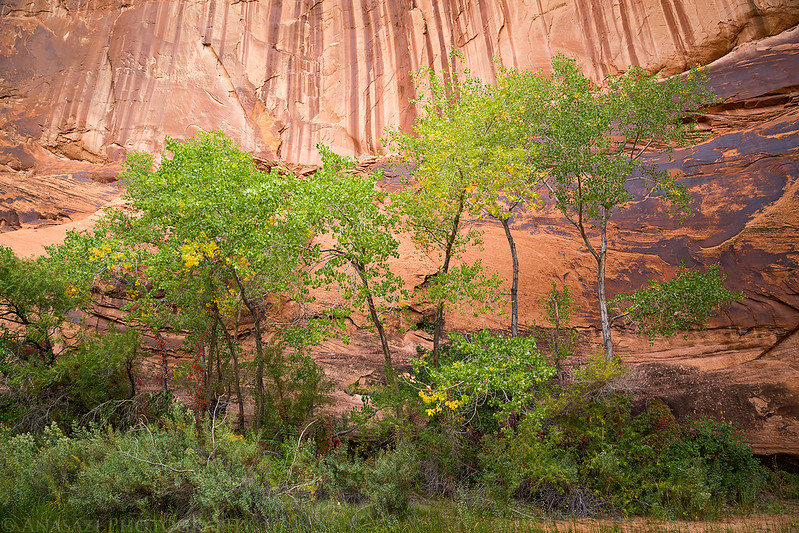 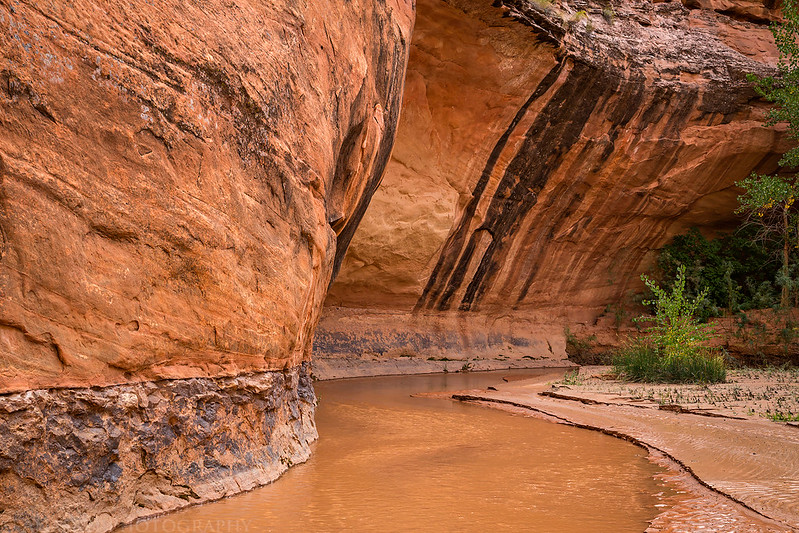 After getting water from the spring near Jacob Hamblin Arch we continued our hike up canyon to the confluence with Hurricane Wash and followed that canyon for a short distance until we were able to find a way out and hiked cross-country back to my Jeep. Along the way we spotted a small rattlesnake which is the first one Diane has seen in the wild.

When planning this trip I was a little worried that the canyon was going to be packed with people since it’s a popular location and we were there on a weekend. To my surprise, we didn’t encounter very many people in the canyon at all and found most of the popular campsites were unoccupied which was a little perplexing since we had seen quite a few vehicles at all of the trailheads we had passed on our way in. I’m certainly not complaining since I had mentally prepared myself for it to be busy down there. Another thing I noticed was that the canyon seemed pretty clean and well taken care of. Either someone had recently cleaned up down there or people are leaving no trace and taking care of the area like they should.