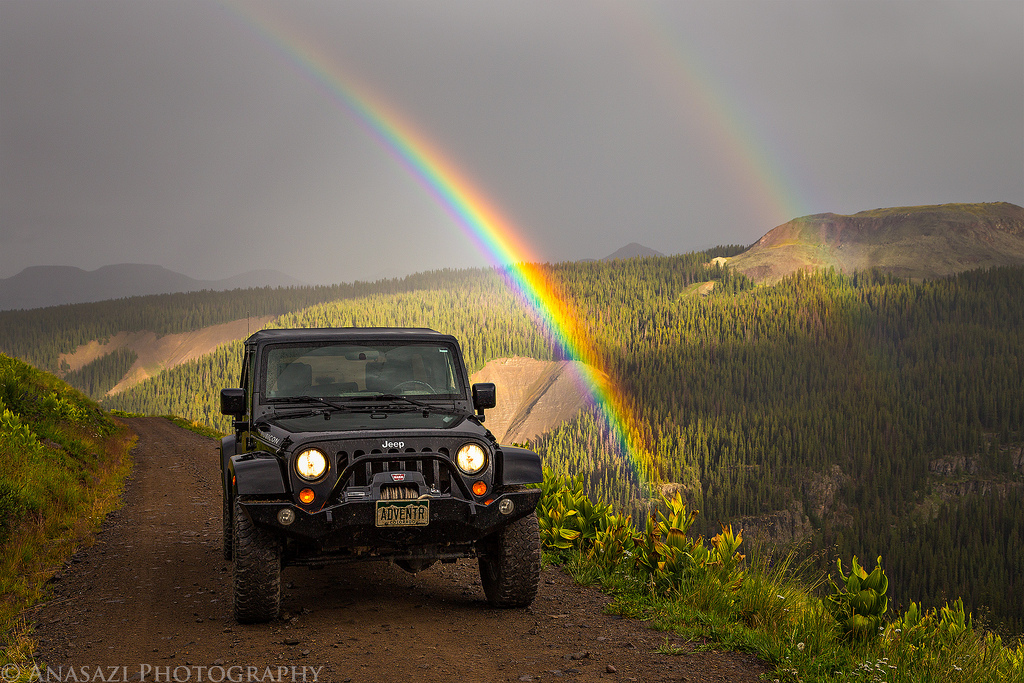 On Saturday morning I met up with a few friends from the Salt Lake City area that were on their way through town. They would be spending the following week in the San Juan Mountains and I was joining them for the weekend. We had breakfast in Grand Junction together and then made the drive south to Silverton. As soon as we reached Ouray it started to rain, and would continue to rain for much of the weekend until I was on my way home again Sunday evening. When we reached their rental house in Silverton they took some time to unpack and relax, but I headed up to Stony Pass for a little while just before sunset to see if there were any wildflowers still around.

When I was on the other side of Stony Pass the sunlight slipped through a small opening in the clouds and created this rainbow behind me. It was like I drove right under it. The rainbow didn’t last more than a couple of minutes, so I’m glad I was ready to capture it. 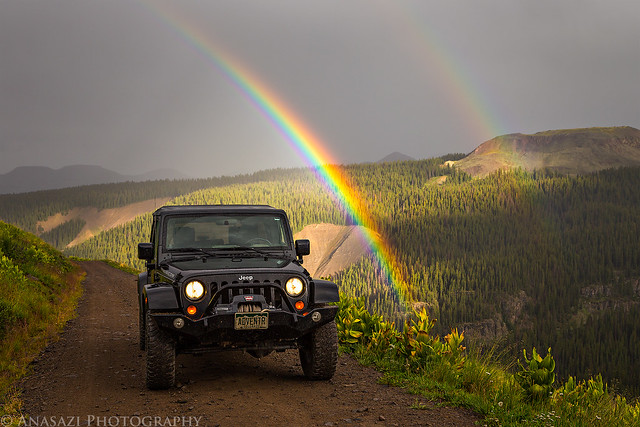 Driving back up to Stony Pass on a stormy evening. 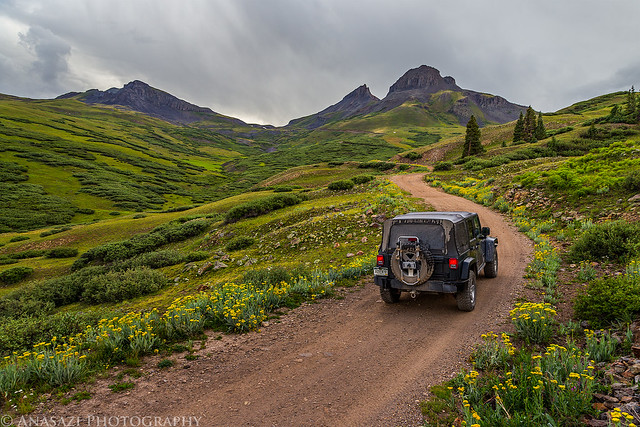 I stopped to photograph this small cascade along the road until it started raining again. 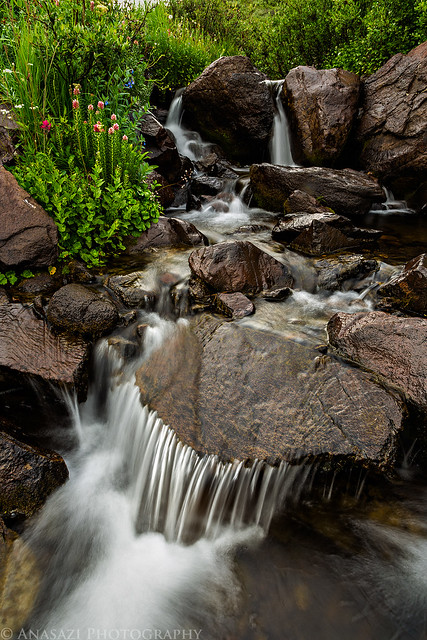 Looking back down the road I had just driven up. 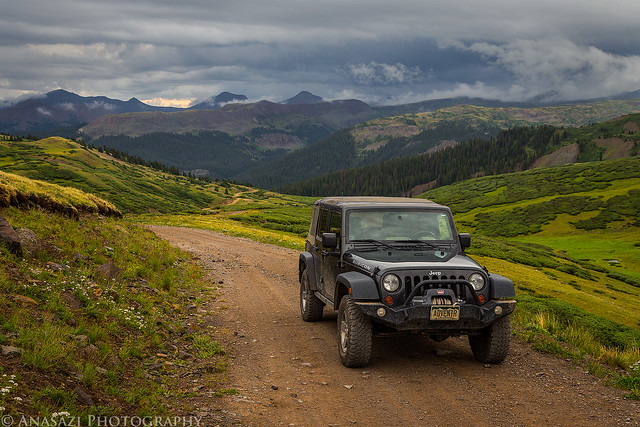 I spotted this scene in the clouds as I descended back down towards Silverton and knew it would make a nice black and white image. 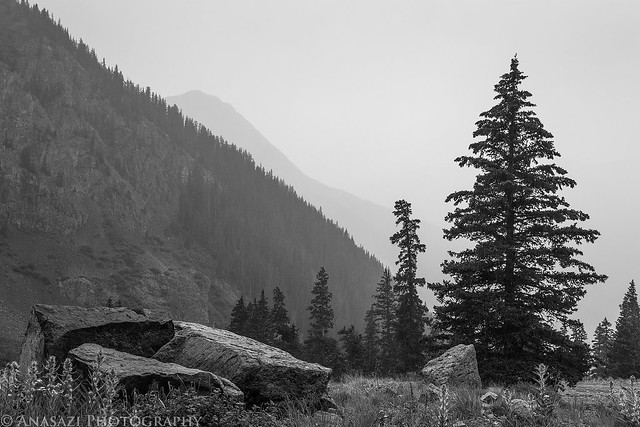 On Saturday morning I drove up to Clear Lake with Ryan to try and catch sunrise. Unfortunately the sky was still very cloudy which blocked any possibility of a colorful sky.

Since there was no color in the sky, I decided to try a black and white image from here. 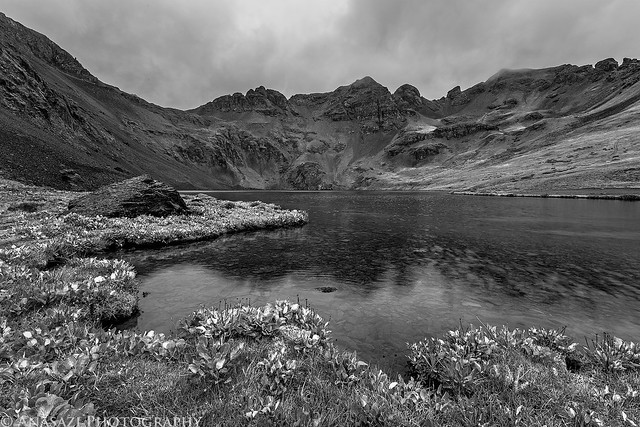 There were still a few nice patches of wildflowers to be found on the hillsides if you looked around. 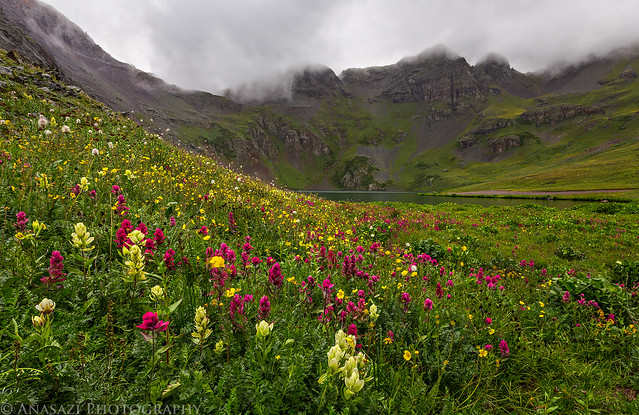 A nice view from the upper reaches of Yankee Boy Basin. 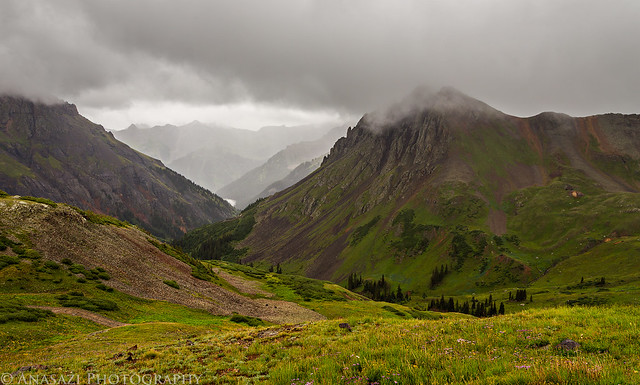 After visiting Yankee Boy Basin we drove up into Governor Basin in search of wildflowers. 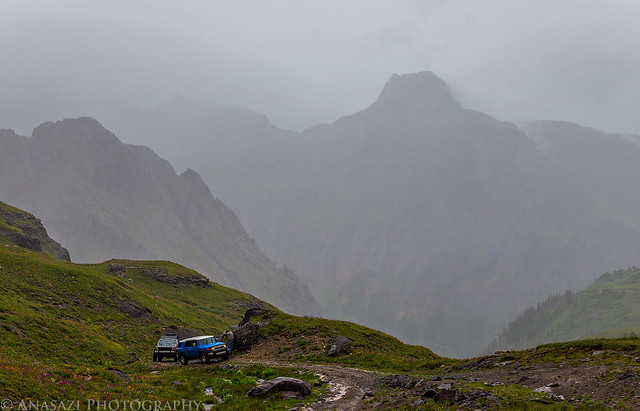 I love watching the clouds play hide and seek with the surrounding mountains on days like this. 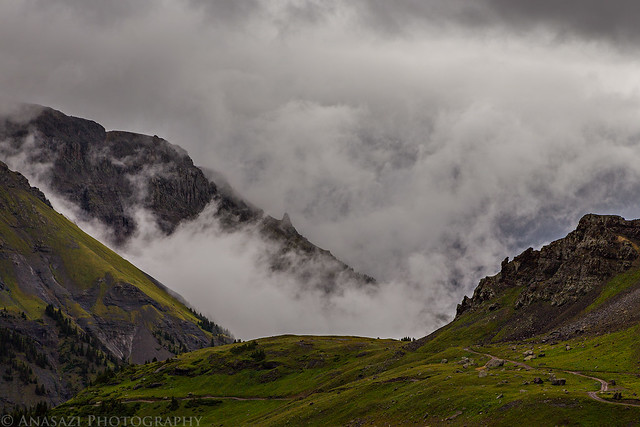 The best display of wildflowers we found all weekend were up in Governor Basin, and this was probably one of the best patches we found up there. Potosi Peak dominates the background shrouded in clouds. 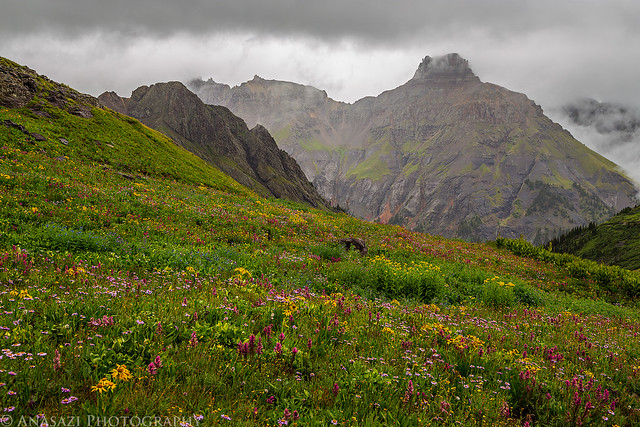 While driving back down to Ouray, I had to stop my Jeep in the middle of the road and take this photo of the clouds hiding in the ridges. 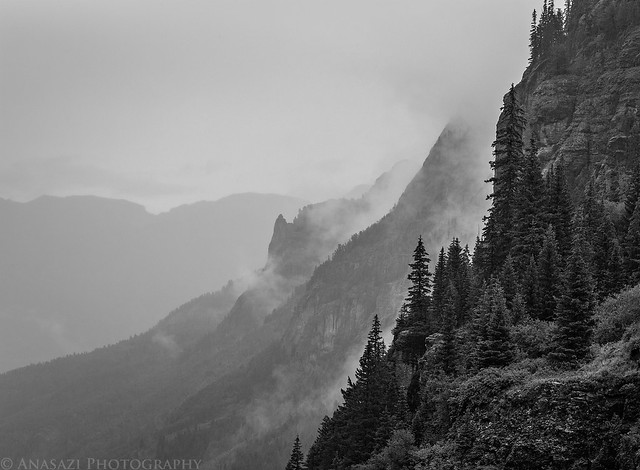