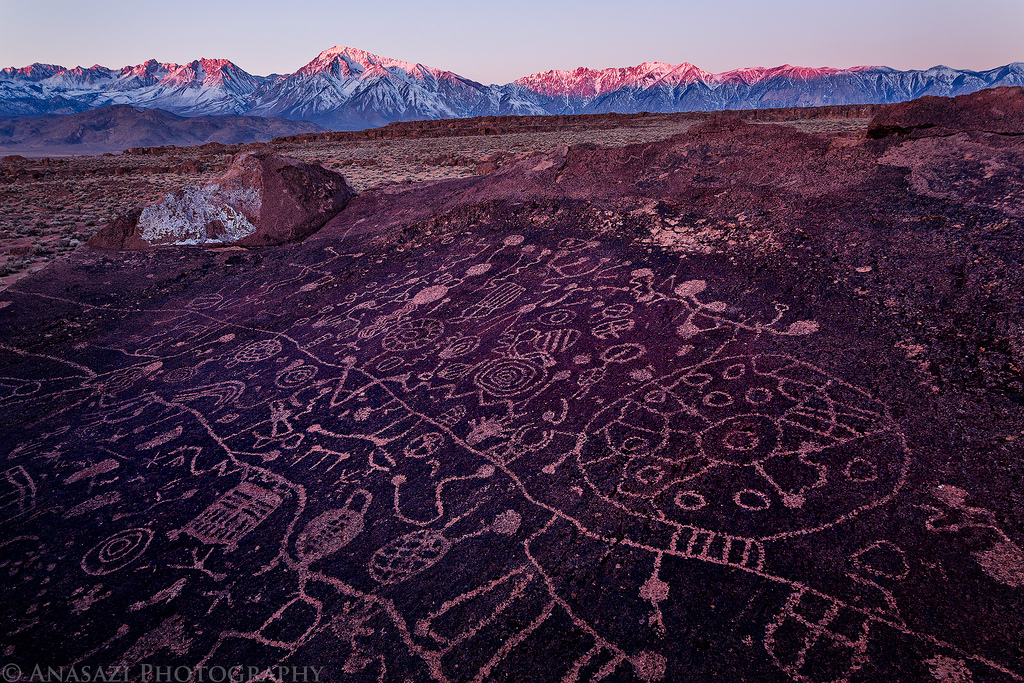 It would have been nice if there were a few clouds in the sky, but I’ll take some nice alpenglow on Mount Tom and the Sierra Nevada. 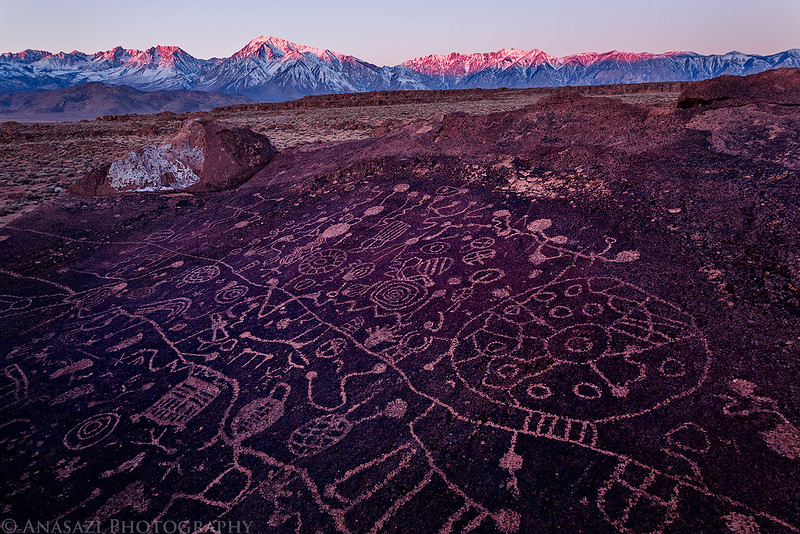 Mount Tom towers above the Volcanic Tablelands once the sun is up. 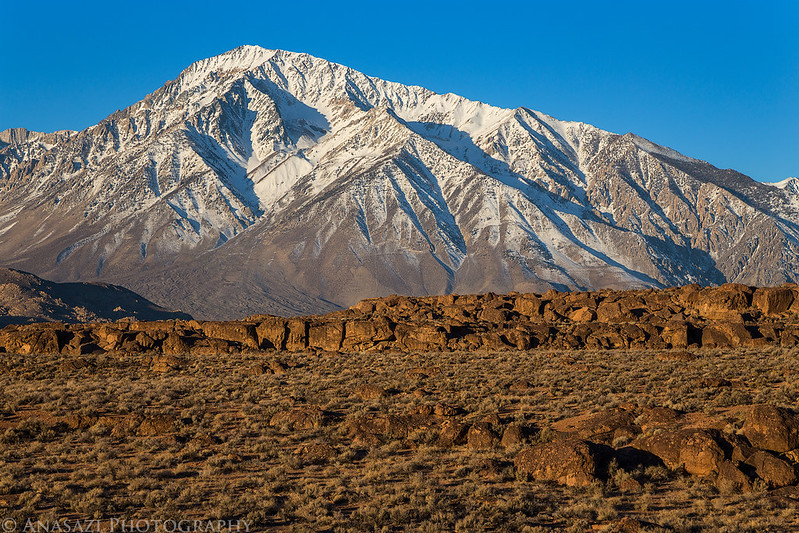 The Chalk Bluffs over the Owens River Valley below. 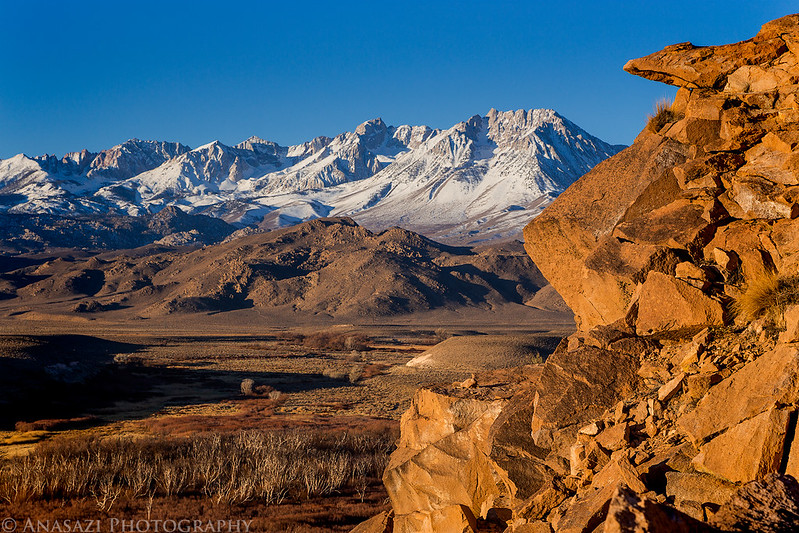 After making it back to my Jeep I went back to camp and packed up my gear. I was soon following the Fish Slough Road so I could visit a few petroglyph sites before driving back into Death Valley National Park.

Petroglyphs on a volcanic boulder with the White Mountains in the distance. 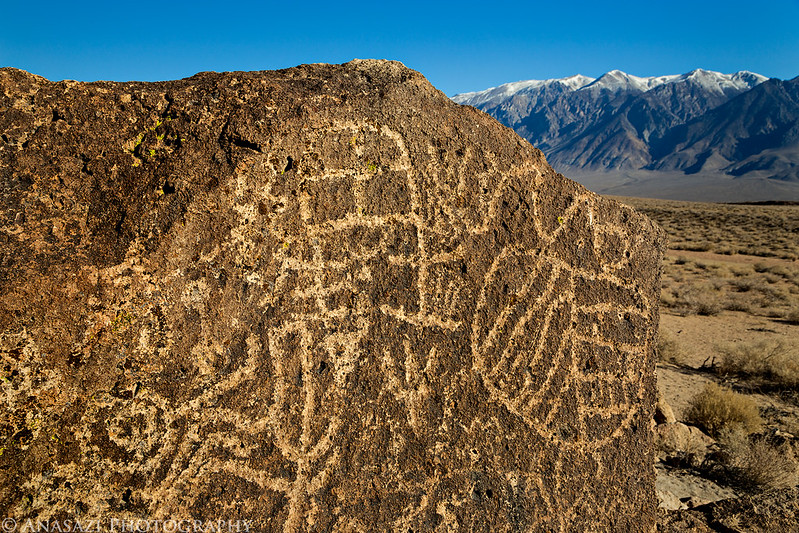 A figure with open arms at the Red Canyon site. 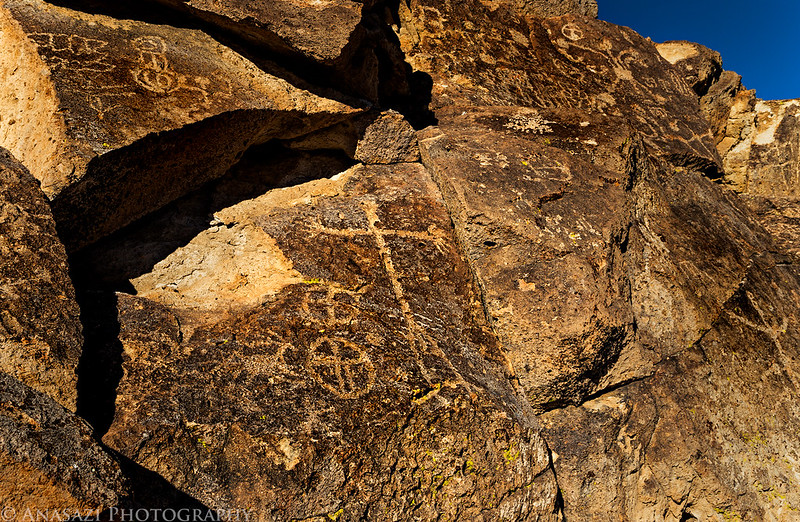 A high panel in Red Canyon. 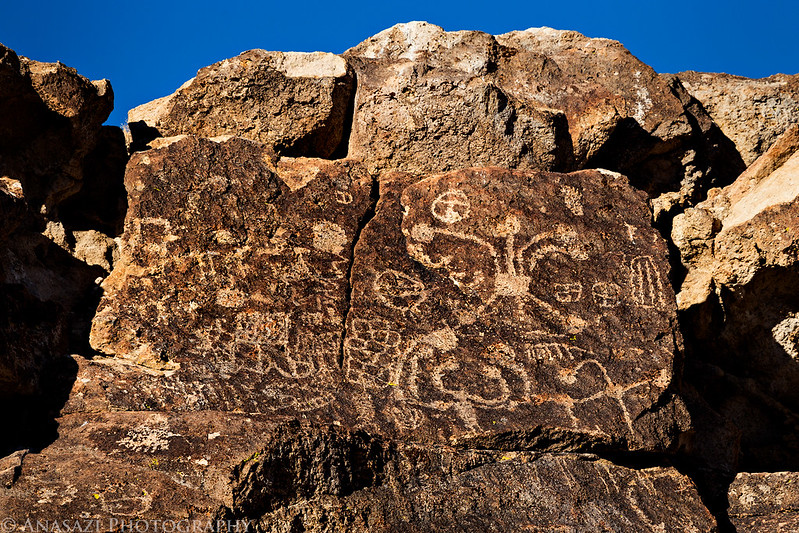 A lot of petroglyphs on this large boulder at the Chidago Petroglyph site. 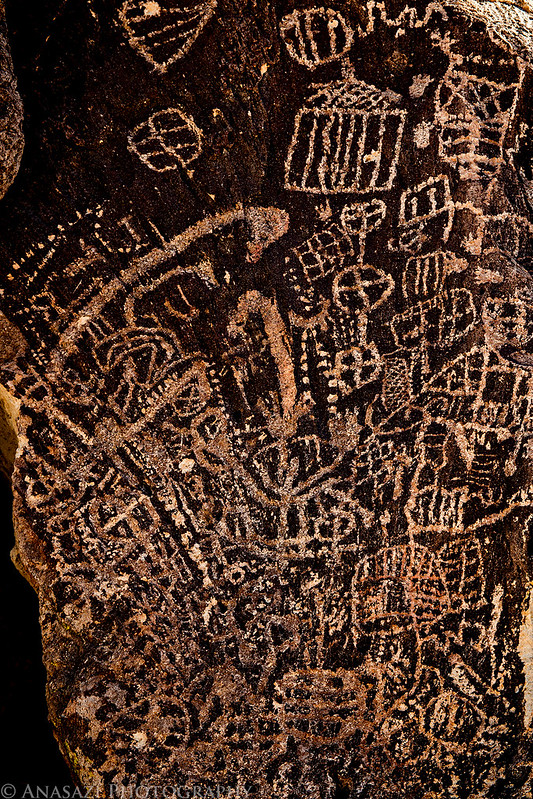 This was my favorite panel at the Chalfant site, unfortunately it was part in the sun and part in the shade while I was there. 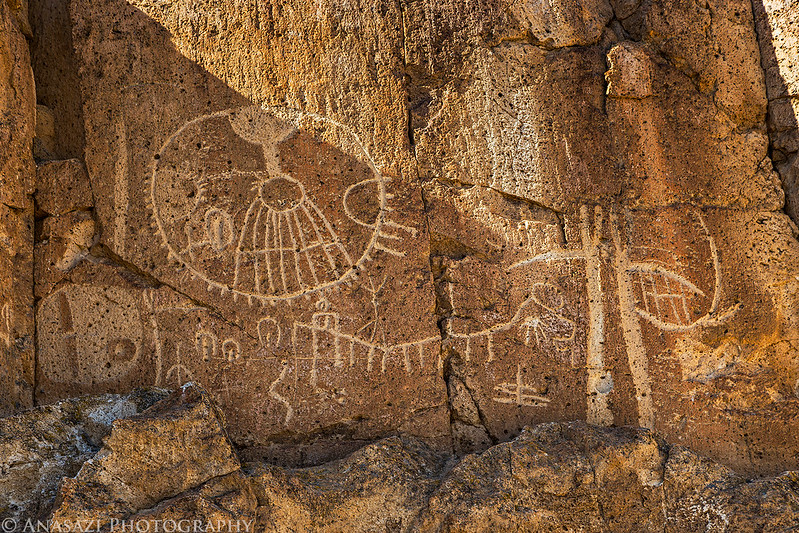 After finding many petroglyphs in the morning it was time to start the drive to my next destination- The Eureka Dunes. The tallest sand dunes in California and second tallest in the US (second to the Great Sand Dunes here in Colorado). As I drove through Bishop I made sure to stop at the Mountain Light Gallery since I’m a fan of Galen Rowell’s work. Then it was south to Big Pine where I started my journey to the Eureka Valley.

After setting up my camp at the base of the sand dunes, I was sitting around relaxing when this jet flew over me a few times at a very low altitude. 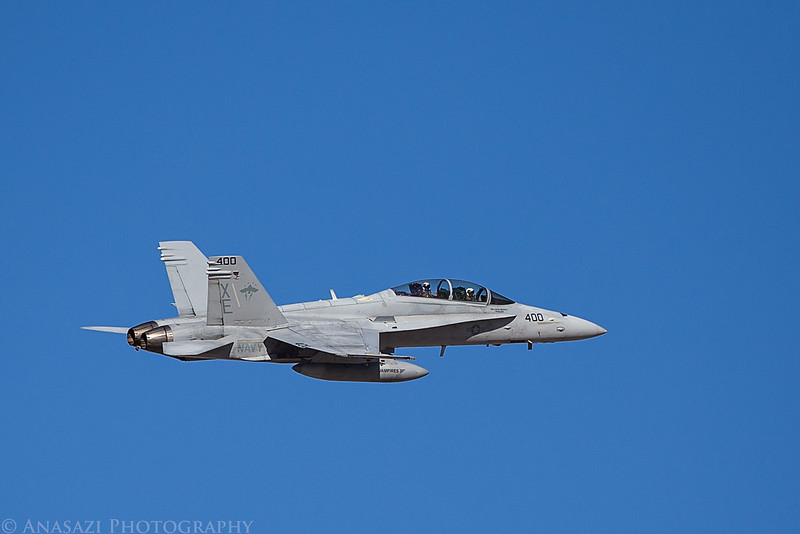 Pretty soon it was getting close to sunset and I planned to hike up to the top of the higher dunes to take some photos. I really wasn’t looking forward to climbing up the sand, but once I started the hike I was surprised to find the sand held some moisture and was actually very solid. These are the easiest sand dunes that I have ever had the pleasure of climbing. I wish they were all this easy!

Hiking along the top of one of the higher dunes. 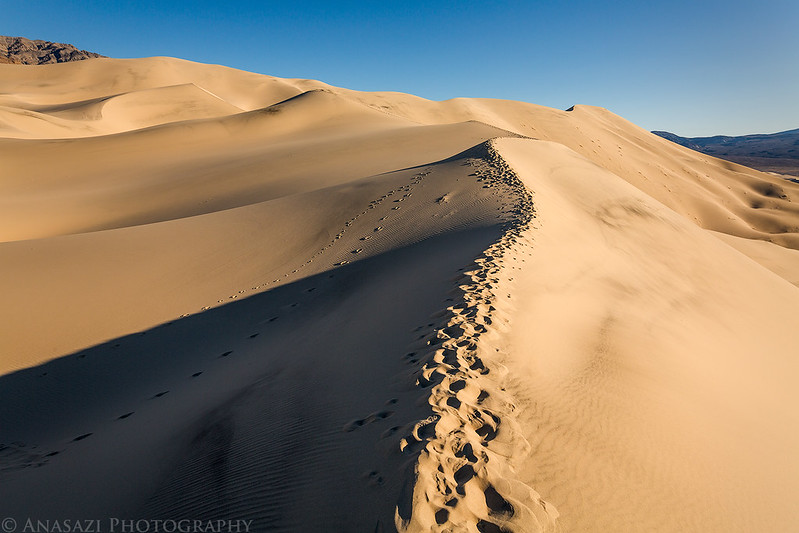 As I was hiking on the crest of the dunes there were three ravens that were hanging around me. They stayed in front of me and slowly walked ahead of me. Since my long legs moved much faster than theirs, I would quickly catch up. When I did, they would jump off the dune and fly further ahead so I didn’t get too close. This occurred a few times before I decided to try and capture a photo of one of the ravens jumping off the dune into flight. 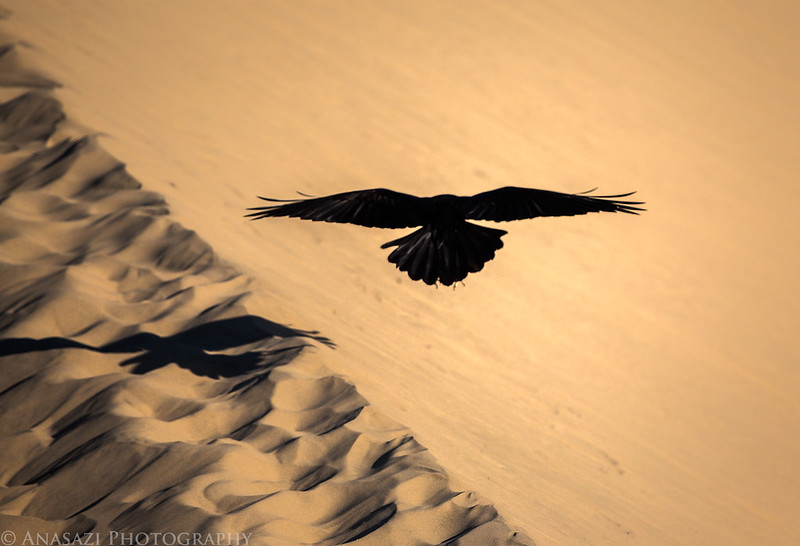 I sat on top of the tall dune and waited for the sun to drop lower in the sky. As I sat alone, I was able to hear the sound of the ‘singing sand.’ It was a soft booming sound.

Beautiful light and shadows in the dunes as sunset approached. 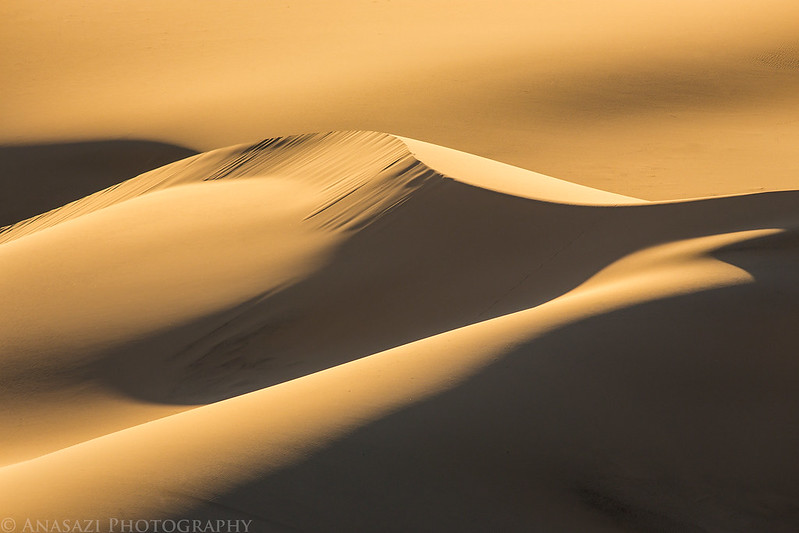 Sand and stone- the Last Chance Range in the background. 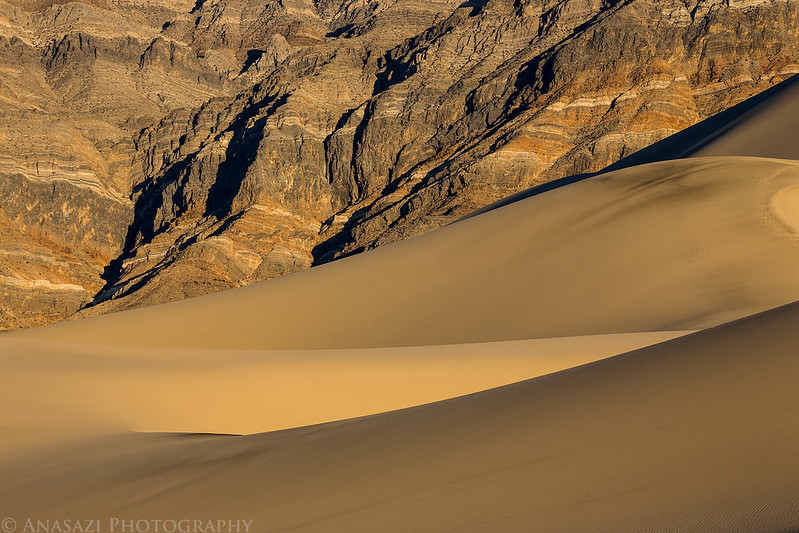 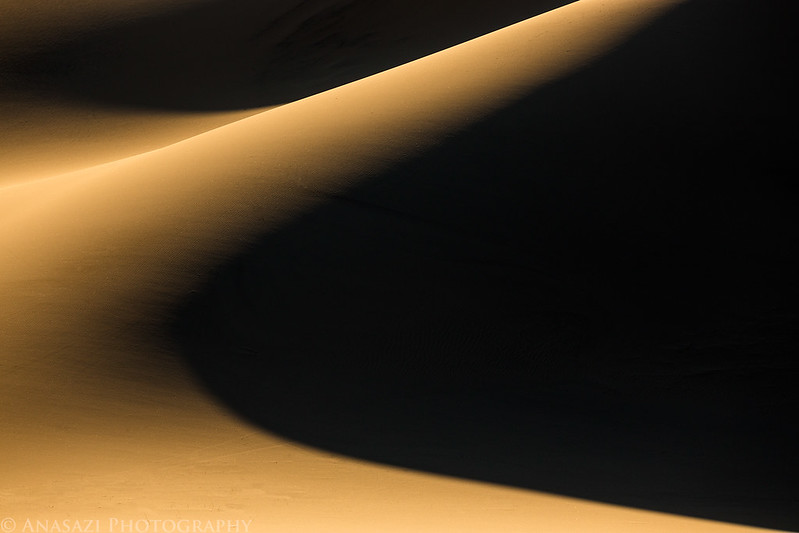 When I started hiking back down from the high dunes this plant catching the last light, along with the ripples in the sand, caught my eye. 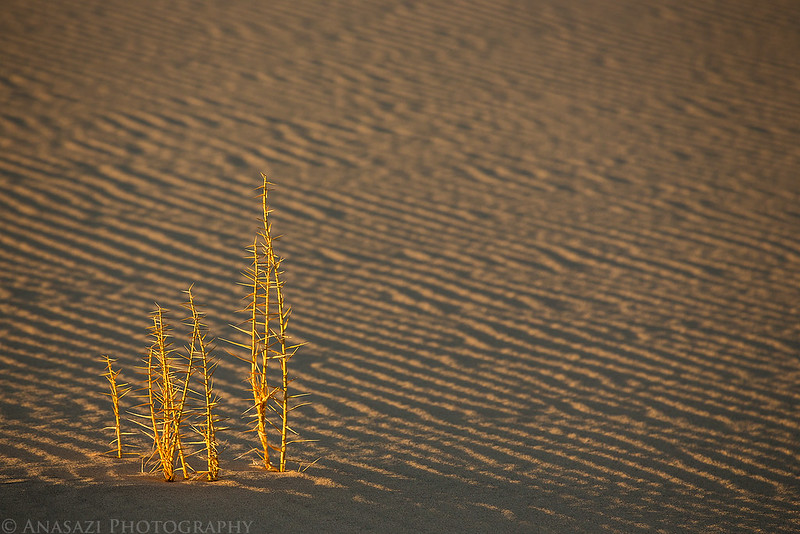 Two hikers leave tracks in the sand below. 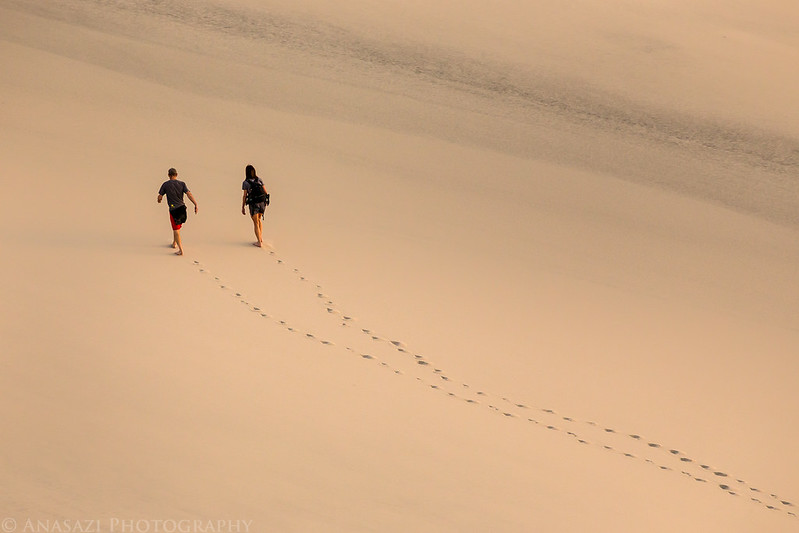 A view across the Eureka Valley from the dunes. 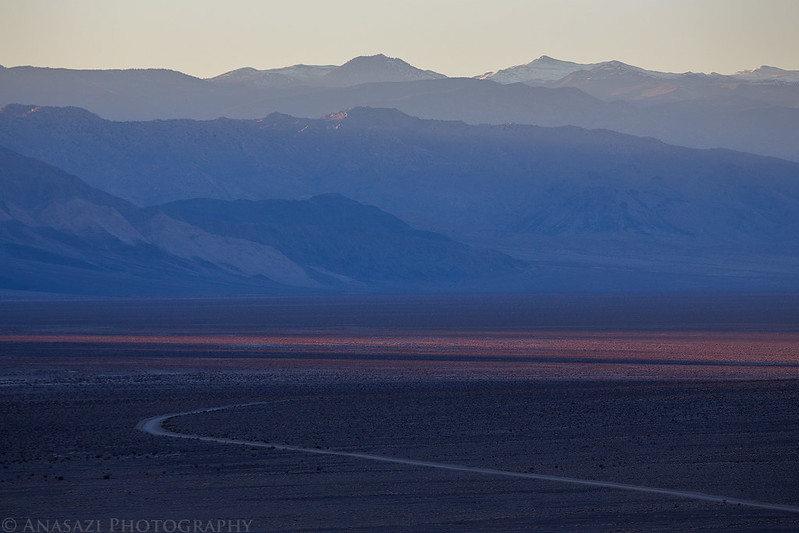 A beautiful end to another amazing day. 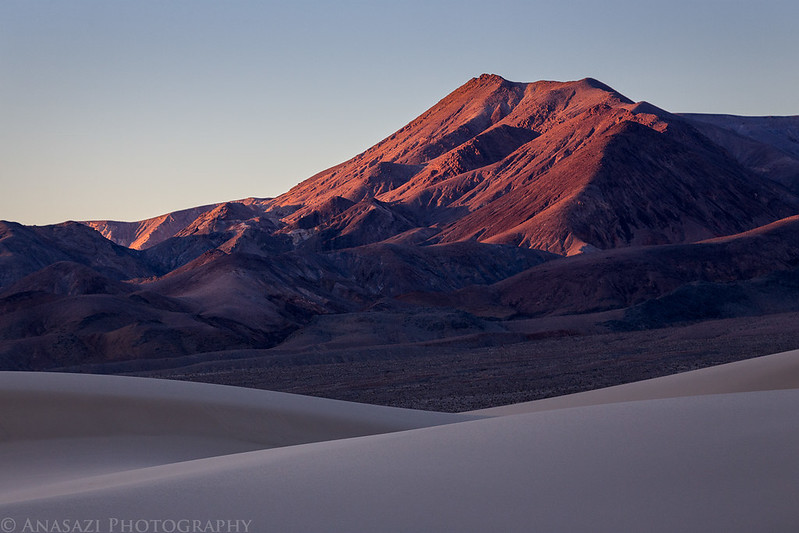