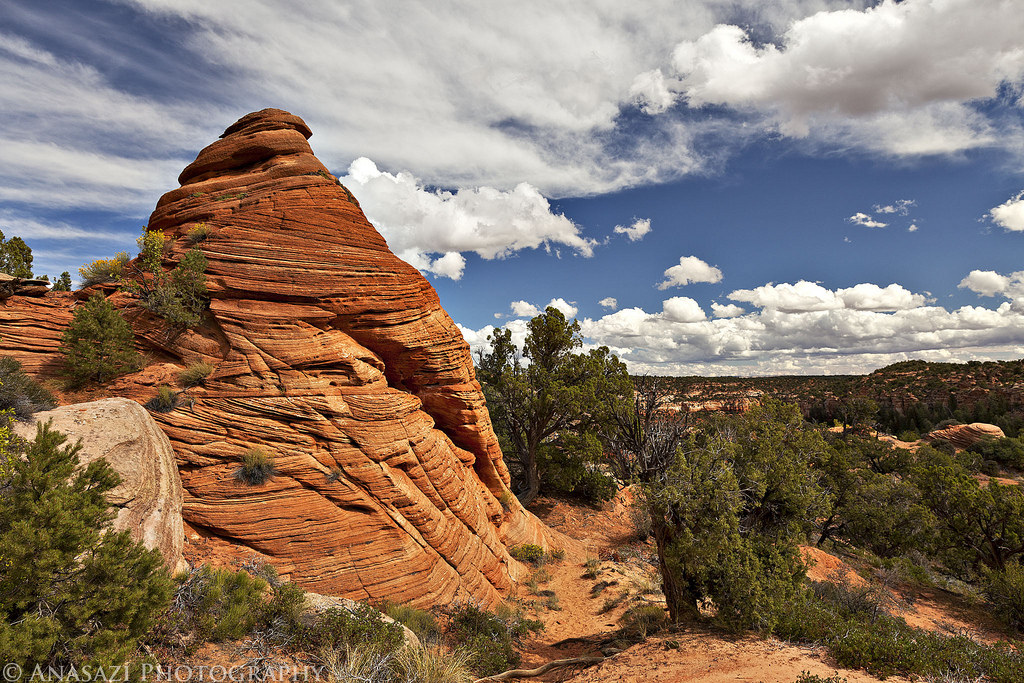 After the previous day’s late adventure we decided to take things easy and relax on our fourth day of the trip. We started off by sleeping in and then went to Nedra’s Too for some breakfast. I have to say that they served one of the best breakfasts I have had in a long time and the service was great. I would highly recommend this place to anyone looking for a place to eat in Kanab. While having breakfast, Jared and I figured out our plans for the rest of the day. First up, we took a drive over near the Coral Pink Sand Dunes and Moquith Mountain so that we could visit the South Fork Indian Canyon Pictographs.

After a short hike down into the canyon from above we reached the developed rock art site. 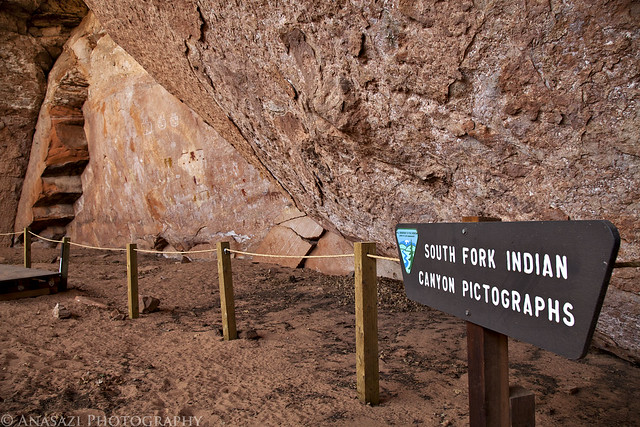 A few of the interesting pictographs found here including the Yellow Twins and a small red square-headed anthropomorph. It also appears that there may have been two larger white figures on each side of the small red one, but only the head, arm and part of the torso of the one on the right remains. 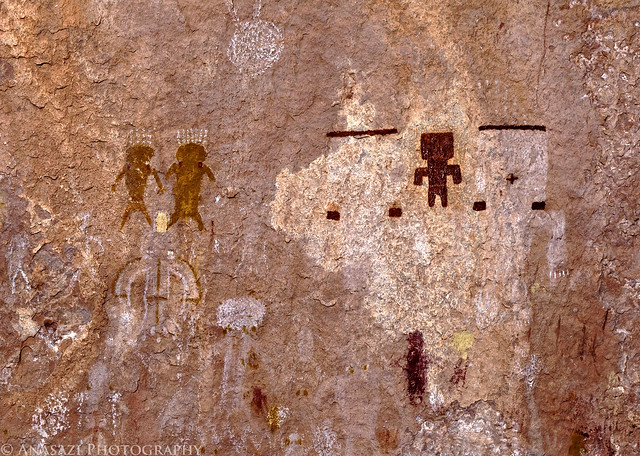 Hidden in a crack on the right side of the alcove were a few more hard-to-see pictographs. The interesting thing about these is that they appeared to have been painted blue, which isn’t too common of a color to find in pictographs. 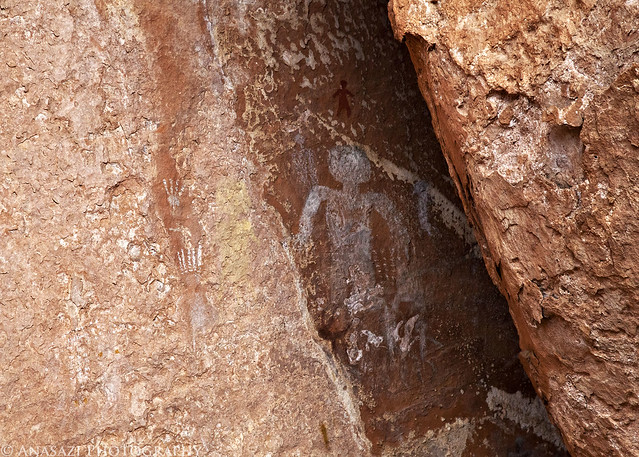 A closer look at the Yellow Twins and the round yellow and white design found below them. 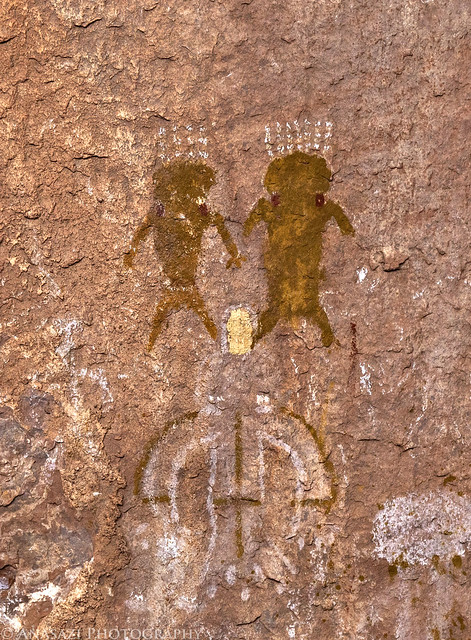 There was also a line of white faces found along the top of the panel. These three faces on the right side were the best preserved. 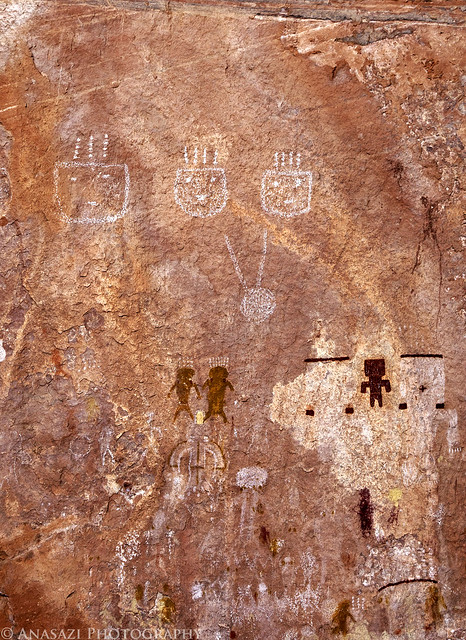 A few of the larger anthropomorphic figures including another yellow one. 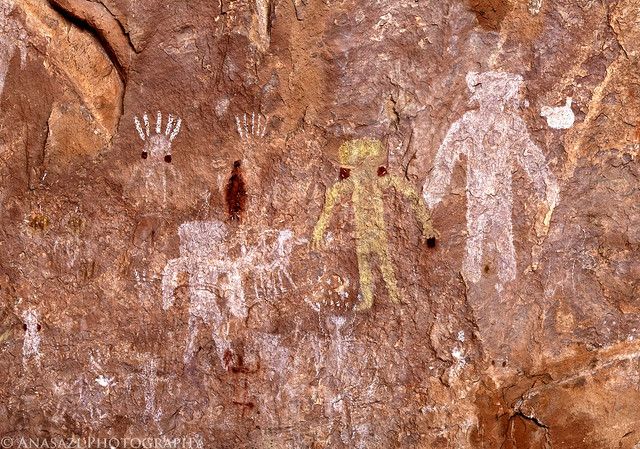 A few more of the pictographs found here. It looks like there might be a supplicant white figure to the left of the largest white anthropomorph. 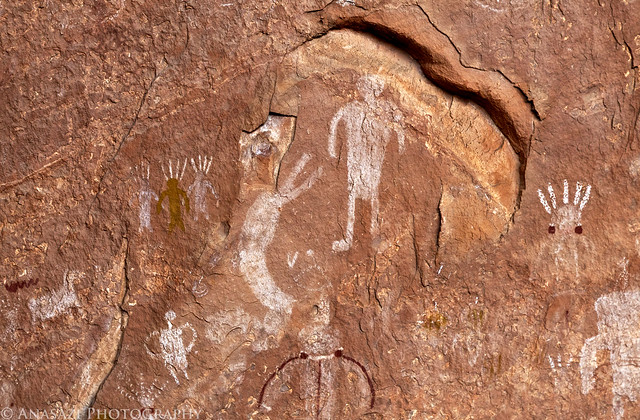 Here’s a wider view of the left side of the alcove these pictographs are found in. 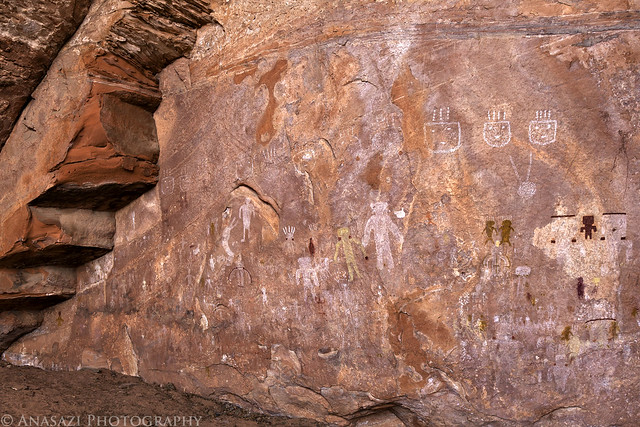 Looking out from the alcove. 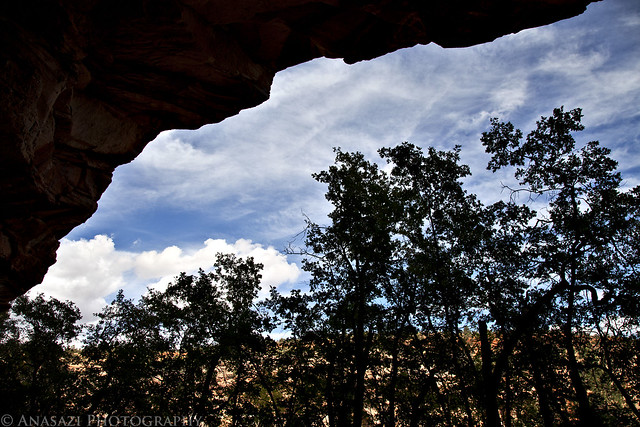 Jared takes a photo of the canyon as we hike back to the Jeep. 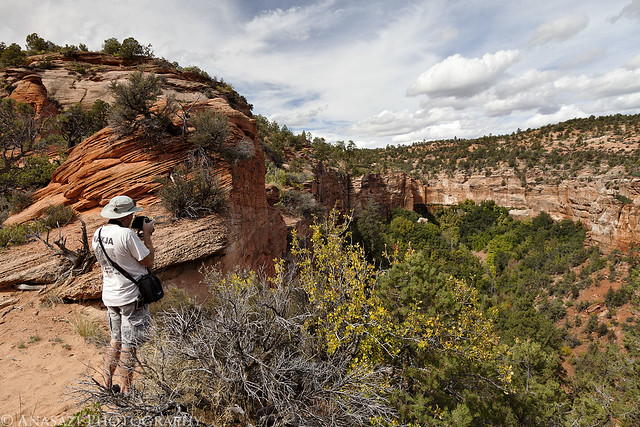 We passed this sandstone teepee along the trail. 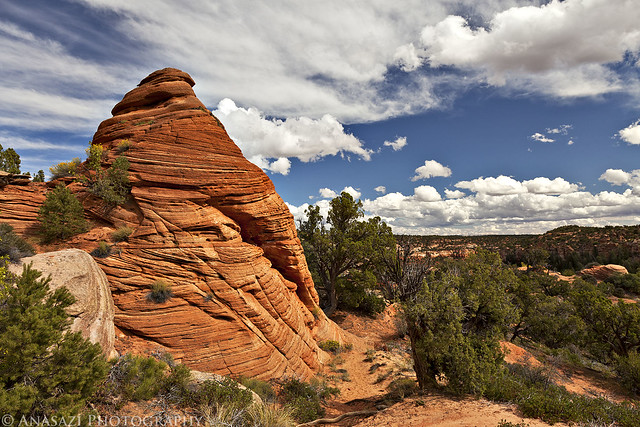 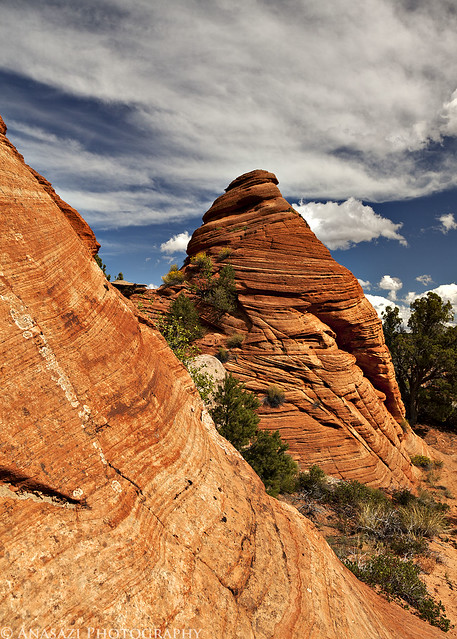 After our nice easy hike to the pictographs, we fueled the Jeep back up in Kanab and drove south to the Arizona Strip once again. Our plan for the next day was to hike down into Tuckup Canyon, and since we wanted to get an early start we setup camp just outside of Grand Canyon National Park on the way to the trailhead. Once camp was set we had some time to kill before sunset, so we decided to drive to the Tuckup Canyon trailhead to see how long it would take us in the morning, and so we could get a view of the canyon.

My Jeep at the Tuckup Trailhead with a storm off in the distance. 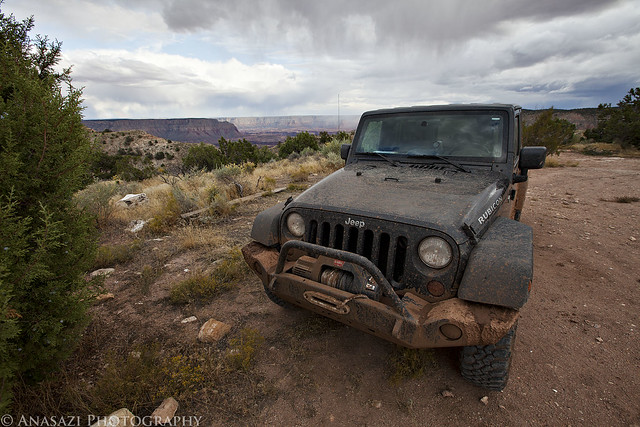 Yep, there was a storm over Tuckup Canyon when we arrived. 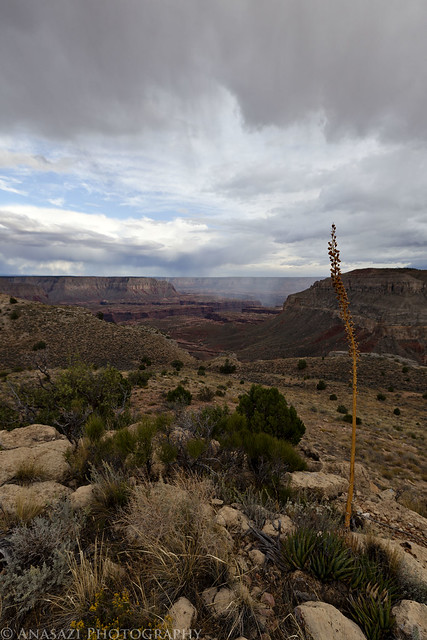 Jared taking a photo of the storm and the canyon. 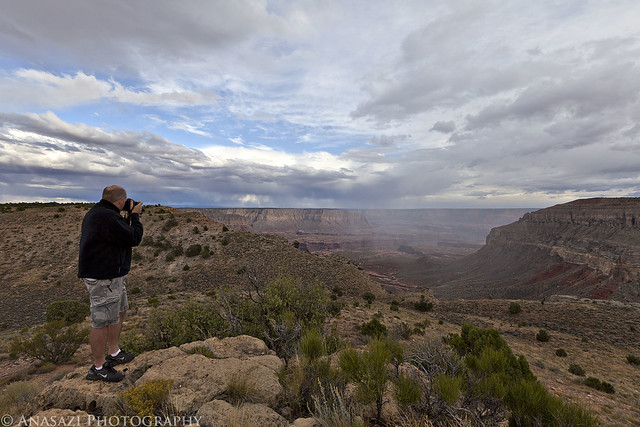 After checking out the view from the trailhead, we drove back to our camp just outside the park boundary and had some dinner. Shortly after dinner the storm we had seen over Tuckup Canyon finally reached our camp and started to rain on us. It rained pretty good for about an hour or so, and then finally stopped. We went to bed shortly after that.