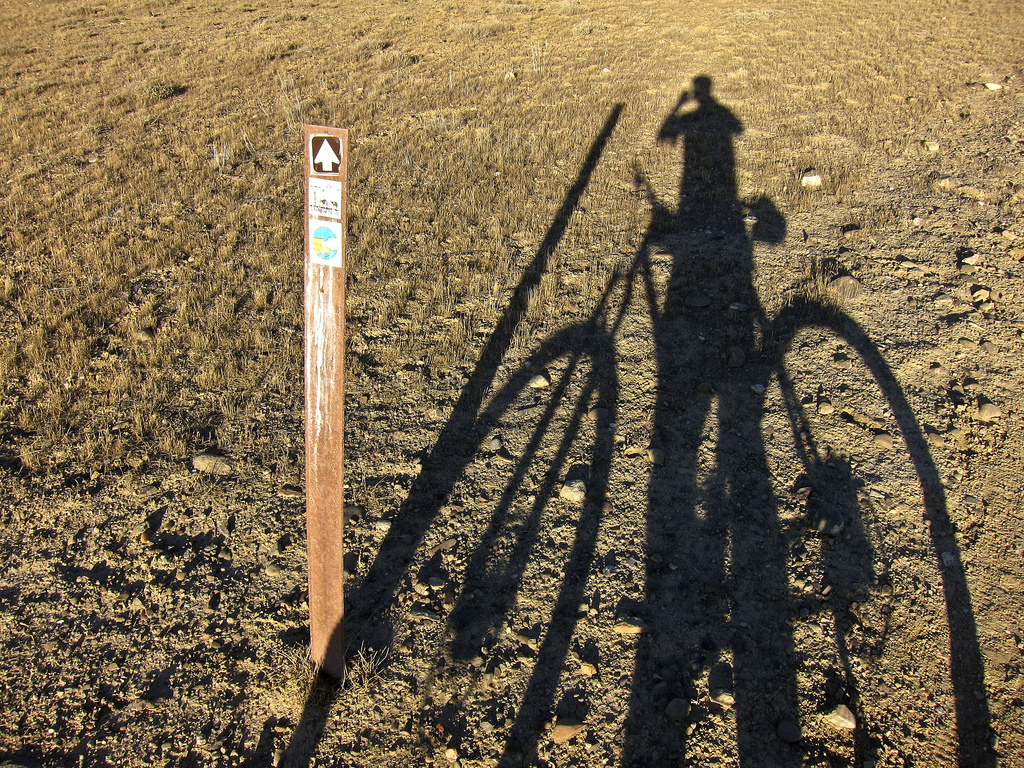 The shadows were starting to get long when I started. 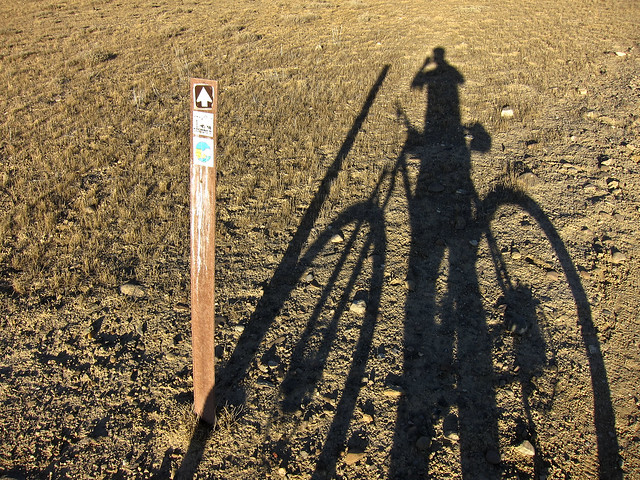 Plenty of signs along the way to keep you on the right track. 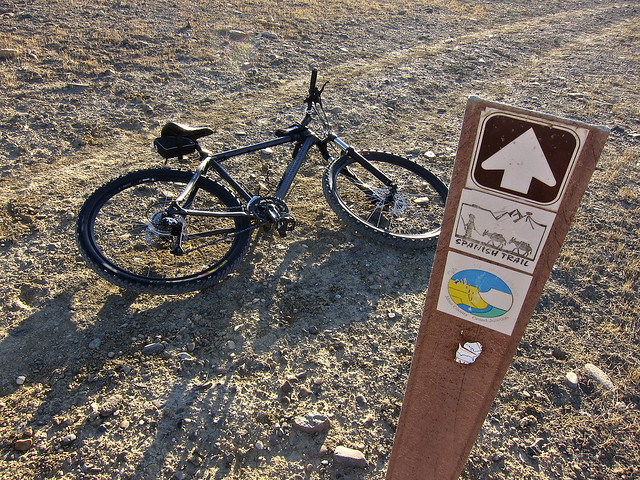 It’s a pretty desolate-looking area….and only a few miles from home. 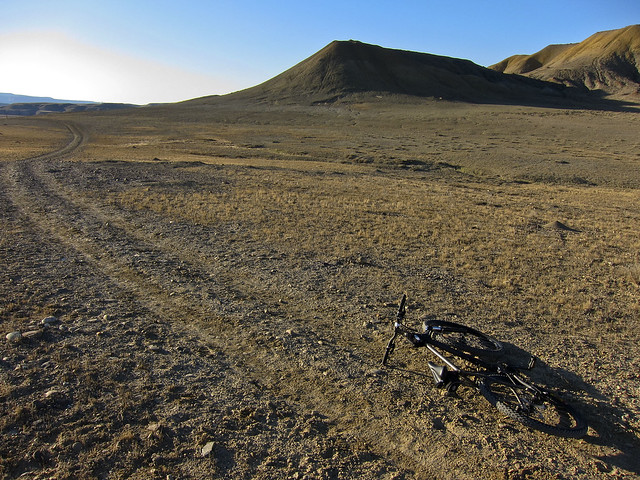 Part of an old road through the badlands….the Grand Mesa peeking up in the background. 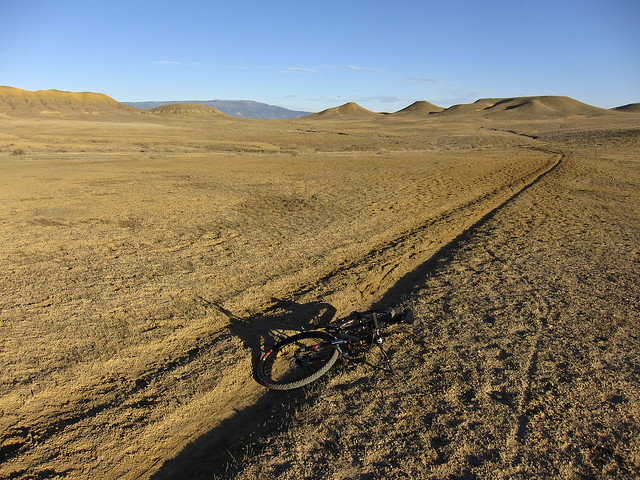 The trail connected up with the Gunnison Bluffs Trail for a little bit where I had a view down onto the Gunnison River. 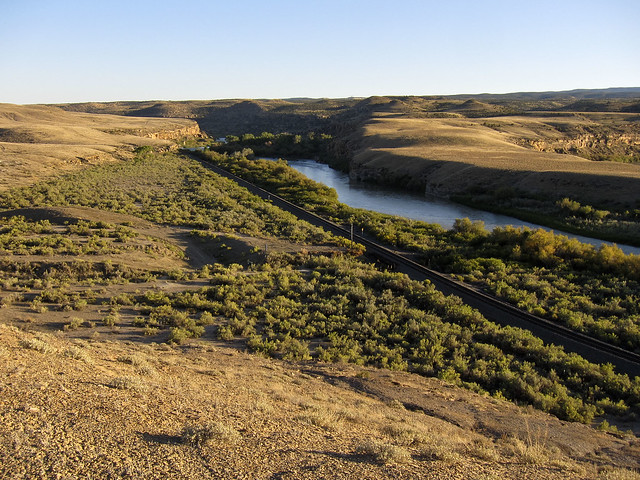 View of the Grand Valley from where I turned around. I could have gone just a little further, but would have just ended up in a subdivision. 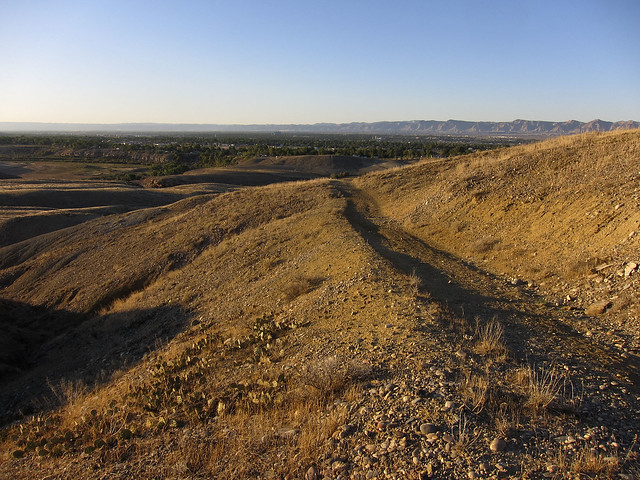 Published in Exploring and Mountain Biking