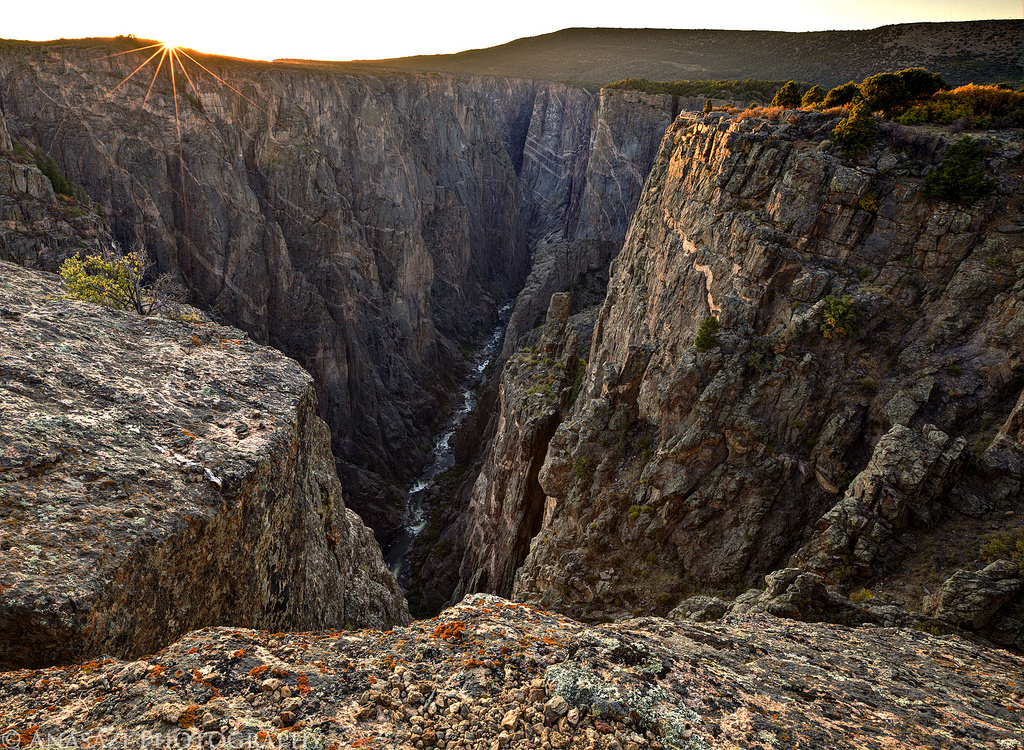 North Rim of the Black Canyon

After staying up late on Friday night, Amanda and I slept in on Saturday morning. When we finally woke up (between 8am-9am- which is sleeping in for us), we had some breakfast and then headed down to the North Rim of the Black Canyon of the Gunnison National Park. We have visited the South Rim a few times before, but for some reason had neglected to visit the North Rim. We arrived shortly after lunchtime and hiked to all the overlooks along the North Rim Road. The lighting was bad during this time of the day, so I didn’t even bother to carry my camera with me. After visiting all the overlooks near the road, we took our time as we hiked the short loop that visited Chasm View near the campground.

We ended up finishing the hiking we had planned to do earlier than I had planned, so we still had plenty of time before sunset. We decided to head back into Crawford for some dinner at the Black Canyon Cafe before returning to the park for sunset.

I took this photo as we left the park and headed back towards the West Elks and Crawford. 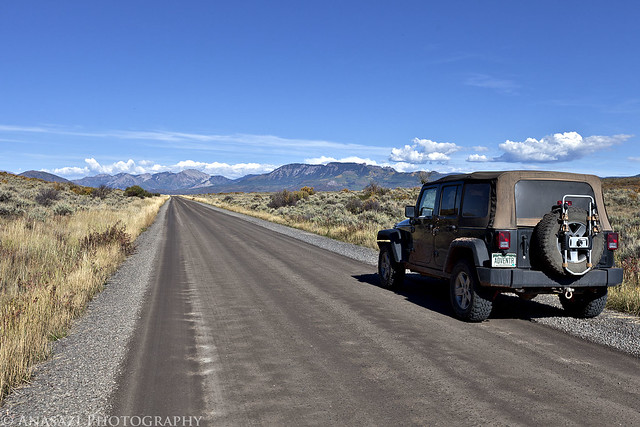 After dinner we took the short drive to visit Needle Rock since we had some extra time. 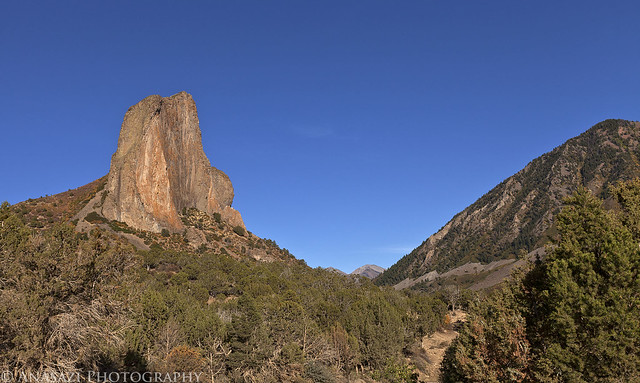 Catching the last rays of the sun over the Black Canyon. 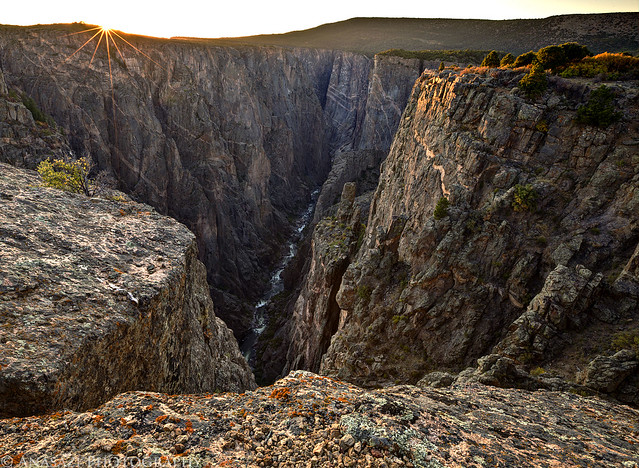 After the sun dipped below the horizon I turned around and took a few photos up-canyon. 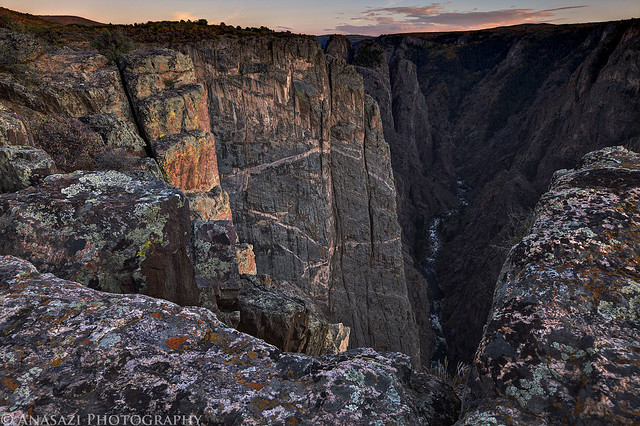 In order to get to the viewpoint I took the previous two photos from, I had to step over this crack in the rock next to the edge. It was a long way down. On my way back to the Jeep I decided to take a photo looking down through the crack. 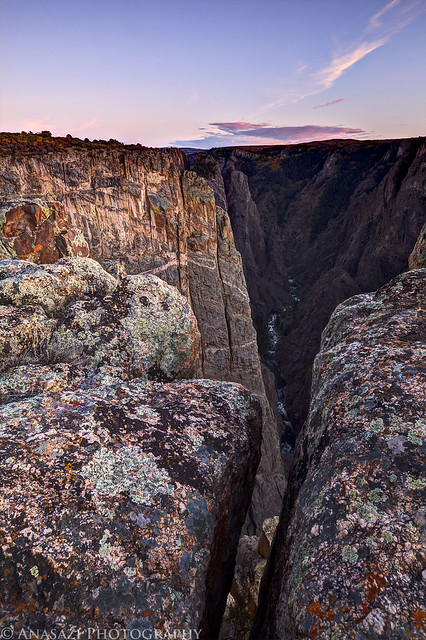