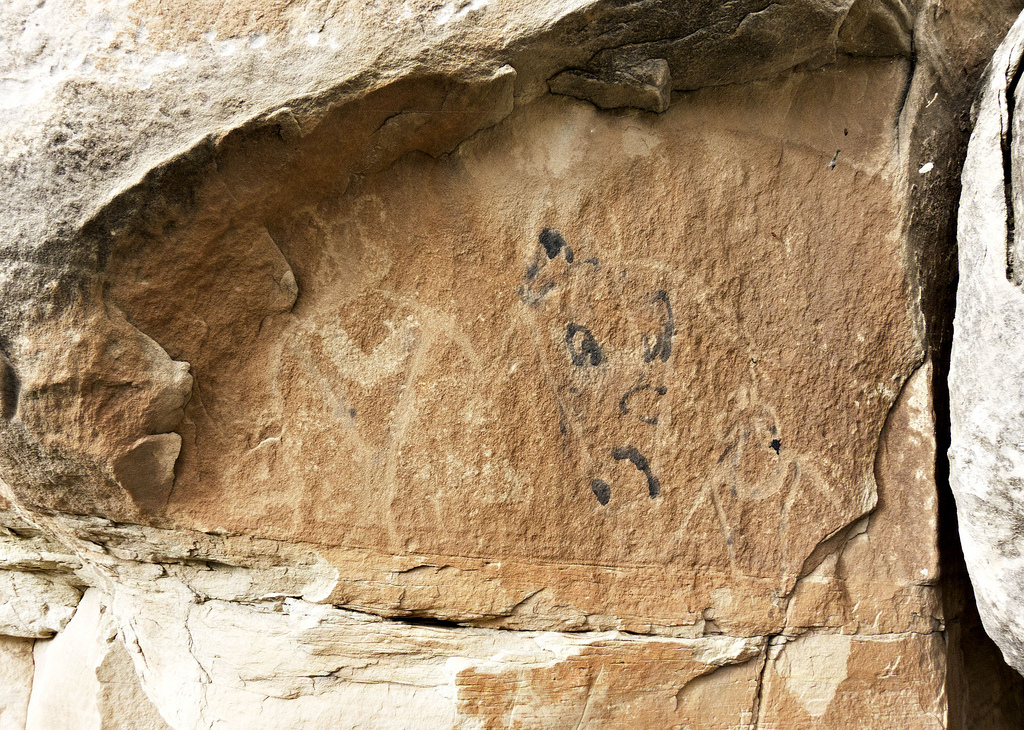 Earlier today I found some info that helped lead me to some rock art located in the Colorado National Monument which is pretty close to home. After work I went home and changed before heading out in search of them. Luckily, they were easier to find than I thought they would be, but unfortunately the area they were located in had a lot of vandalism and graffiti. I only had taken my S90 point and shoot camera with me since I wasn’t sure what I was going to find, so these photos aren’t that great. I will have to return with my better camera in the future…sometime. Here’s the photos of what I found… 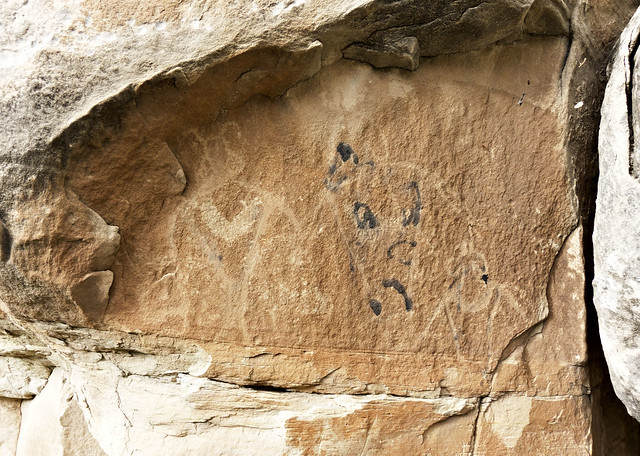 A closer look at one of the above figures. 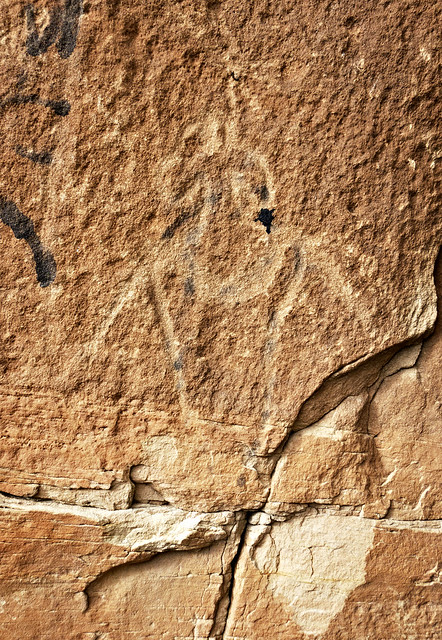 Interesting figures that appear to have antennas coming out of their heads. 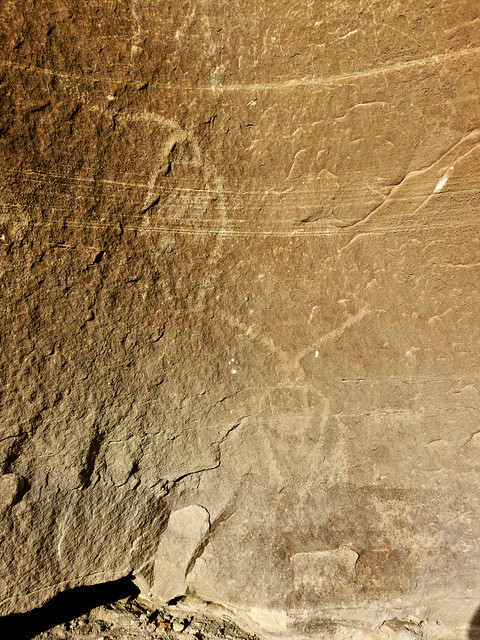 A very faded red sheep painted on a boulder. 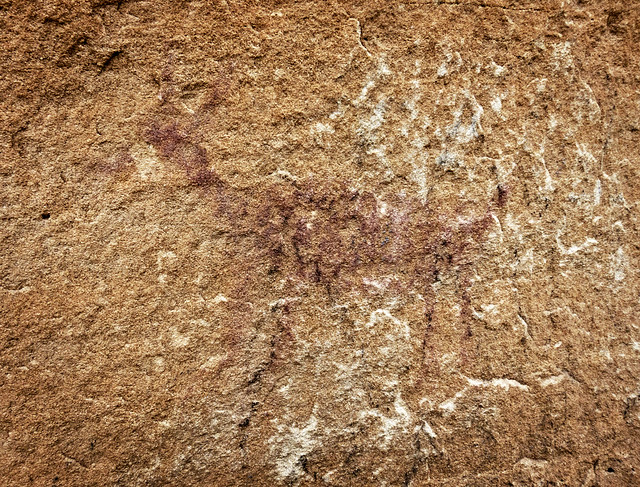