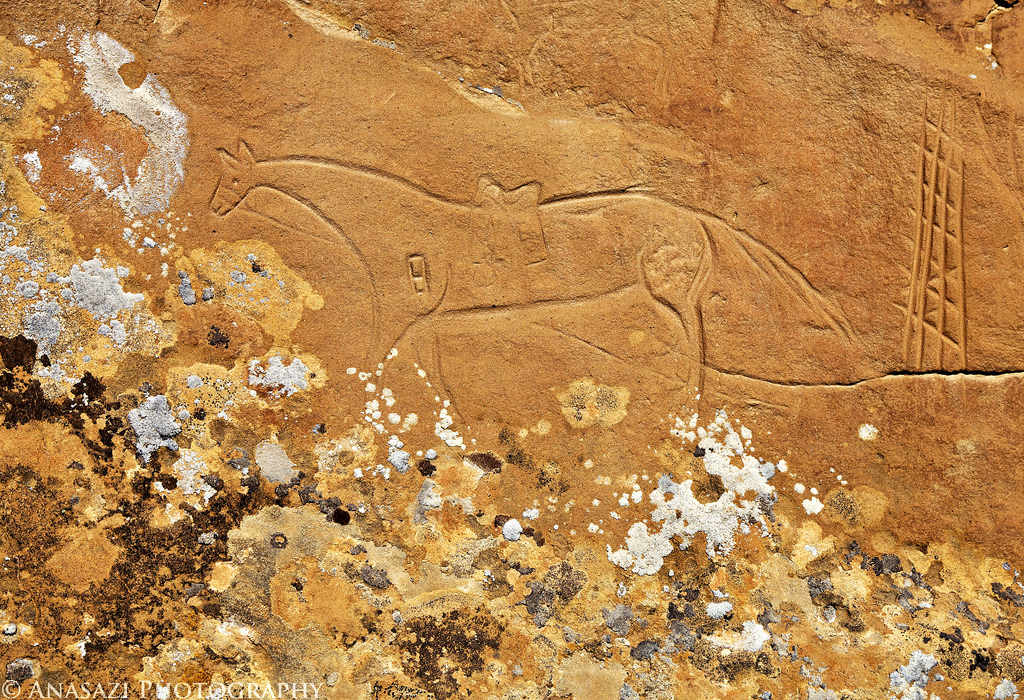 On Saturday I was hoping to spend around half the day with Amanda exploring the area around Rangely, Colorado. We were planning on revisiting a few rock art sites and maybe trying to find a few new ones, too. Unfortunately, we ended up cutting the trip short because the biting gnats were just unbearable. Once we got out of the Jeep we would have a few minutes (if we were lucky) until they found us and swarmed around us. We were wearing bug spray, but it didn’t help at all. After our first stop at the Carrot Men Panel, Amanda decided to stay in the Jeep for the rest of our stops, and I don’t blame her. If I kept moving, the bugs weren’t too bad, but the second I stopped to take a photo, it was all over! After being chased by swarms of gnats at each stop we made, I decided to call it a day early and come back another time. I did get a few photos, though!

Our first stop was a revisit to the Carrot Men Panel, which was the main site I wanted to revisit this day. It was Amanda’s first time here. 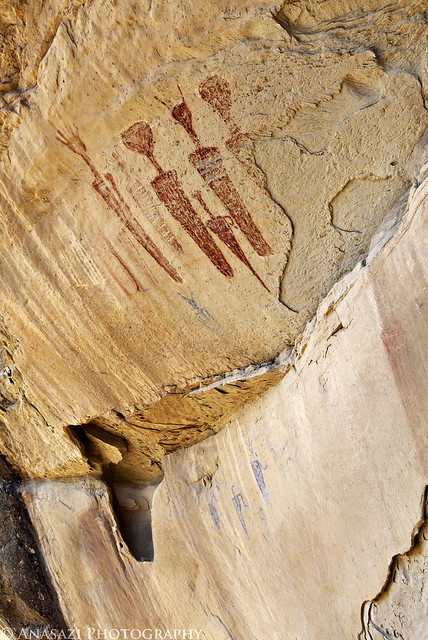 A closer look at the Carrot Men. 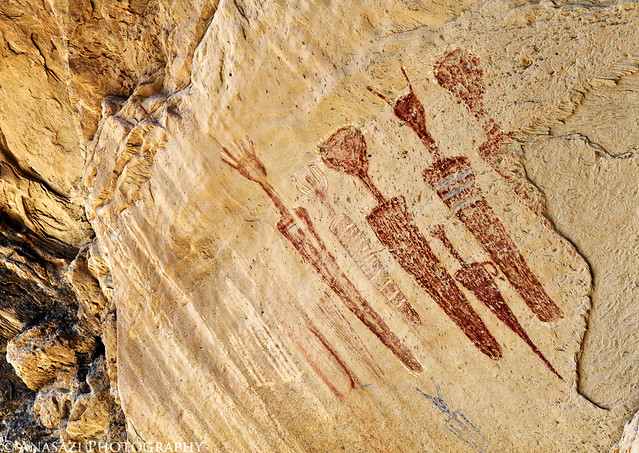 Three incised horses at the Crooks Brand Site believed to be Ute and carved in the late 1800’s. 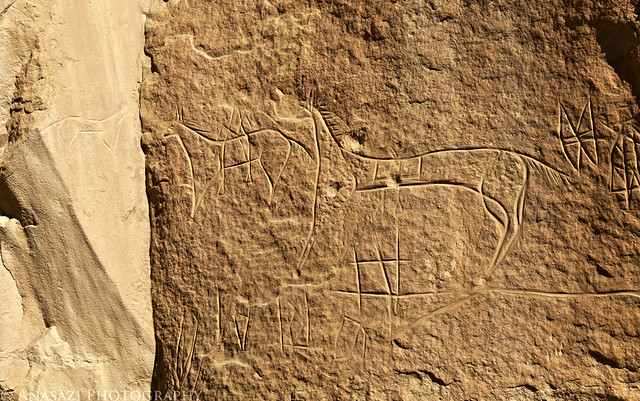 Another horse nearby above some colorful lichen. 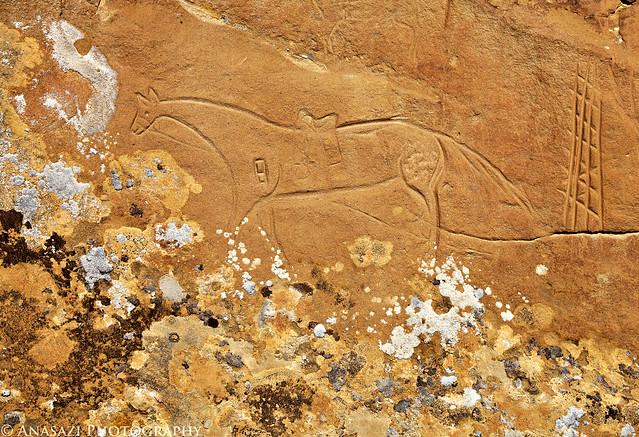 The Fremont Ridge petroglyphs with anthropomorphic figures that are very similar to the pictographs at the Carrot Men Panel. 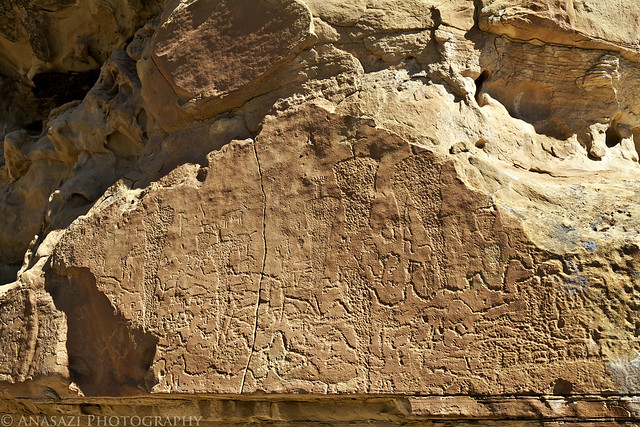 A closer look at the petroglyphs. Up near the top you can see a small figure with a hump-back or burden basket. 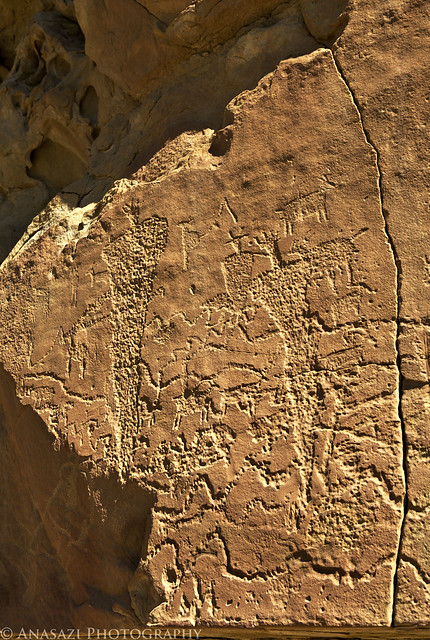 It’s been over a year since I last visited The Shield site, and it appears that the BLM has put up a new sign since then. 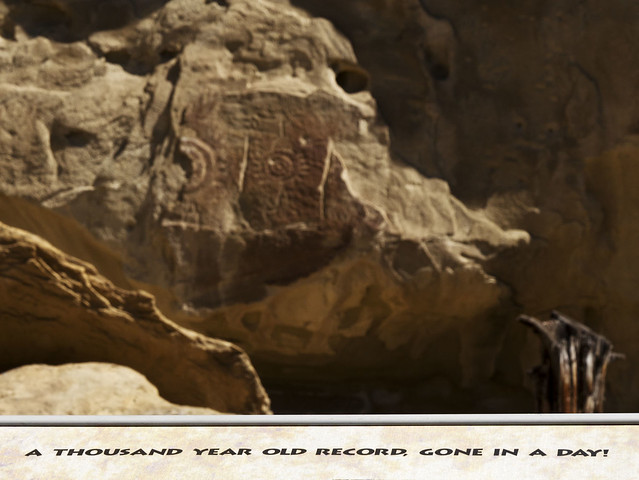 A Thousand Year Old Record, Gone in A Day! by IntrepidXJ, on Flickr

Rock art is thought to represent the spiritual expression of people who lived here long ago. The Fremont people who lived here from about AD 500 to AD 1100 left symbols on the rock which had tremendous meaning to them. The Shield site remains an example of what vandalism can do to a once beautiful and interesting archaeological site.

Parties, camping, tree cutting and outright deliberate destruction of the rock art have destroyed this site. No scientific knowledge will ever be gained here. No quiet enjoyment is possible. And, no one can feel anything but sorrow while viewing the remains of symbols left by people over a thousand years ago.

It belongs to you.

A closer look at the vandalism to the Shield Site. 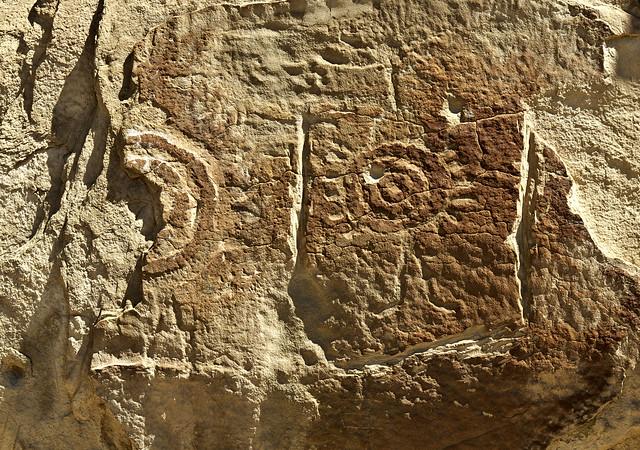 A pair of white hands reach for the sky within the Canyon Pintado National Historic District. 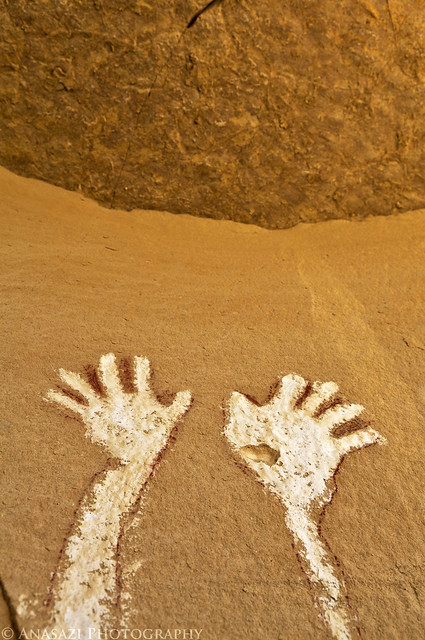 This figure is displayed prominently near the entrance to Canyon Pintado. It’s believed to be from a transitional period between Barrier Canyon Style and Fremont. 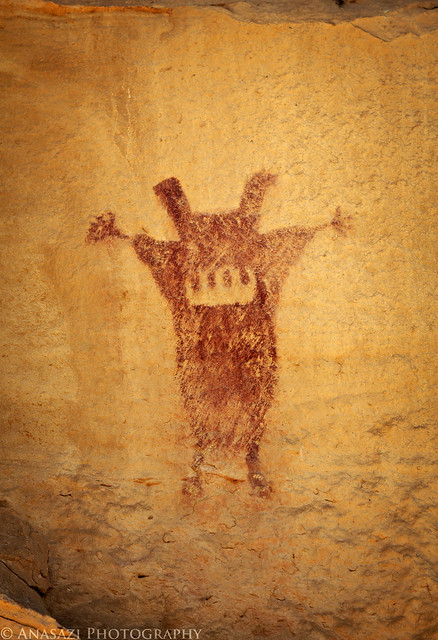