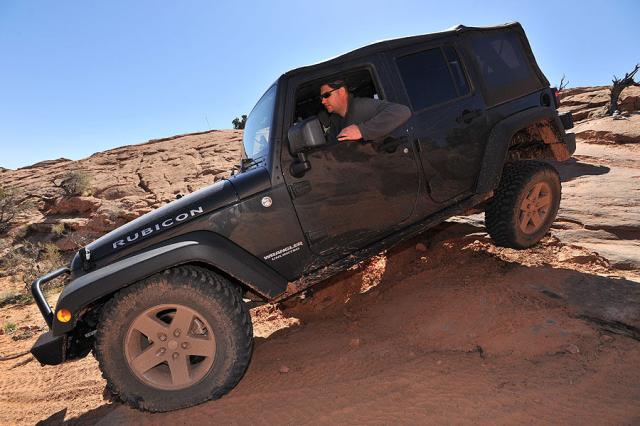 Passed this along the way 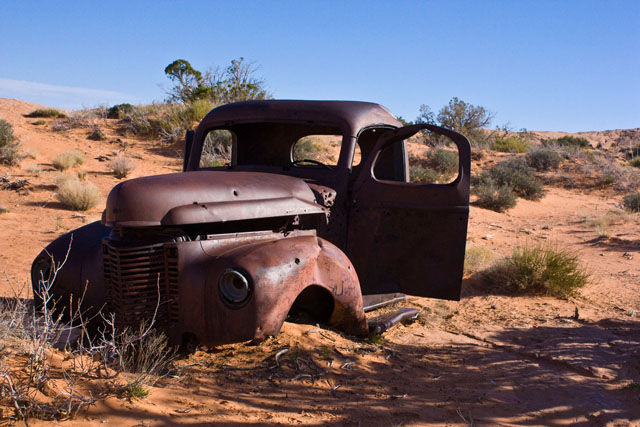 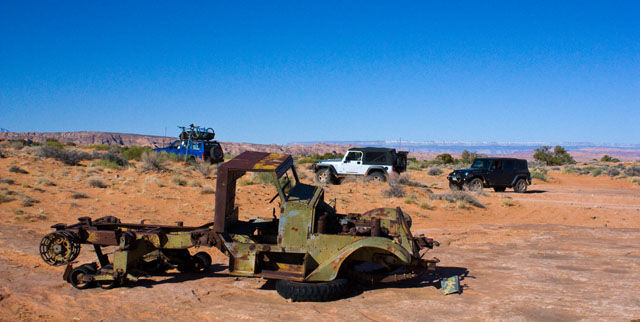 When we reached the junction, we made contact with the rest of the group who were headed up the trail behind us. We continued on, knowing they would catch us soon enough. 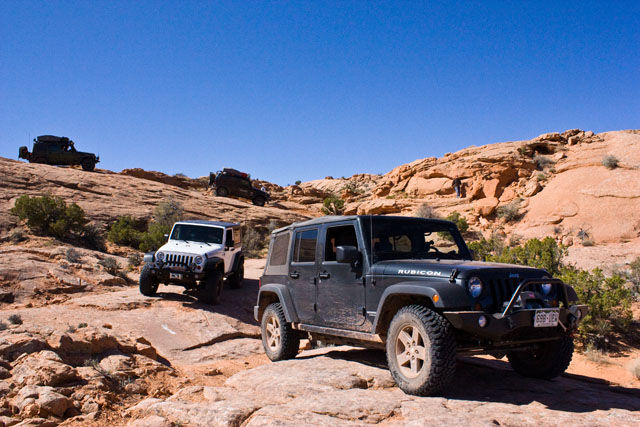 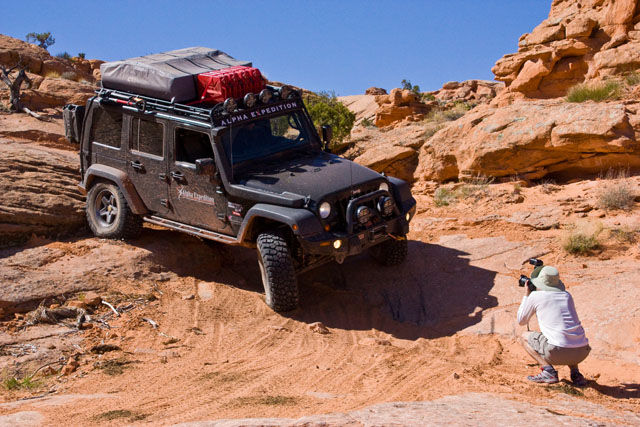 However, shortly after joining the rest of the group, our small group left the main group again and headed the other direction. We went down the old trail and back to the washed out section in Lake Canyon for a different perspective. 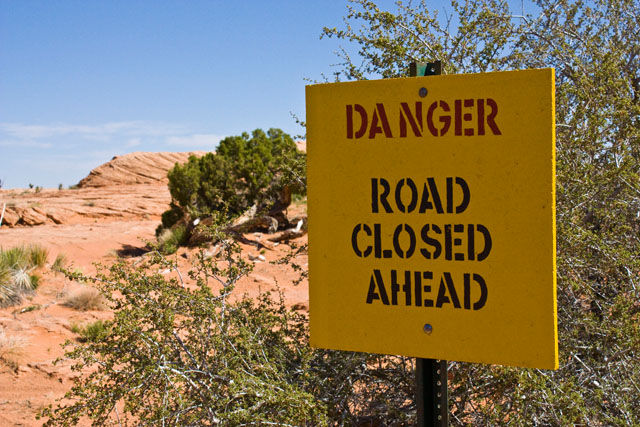 The washout in Lake Canyon from above 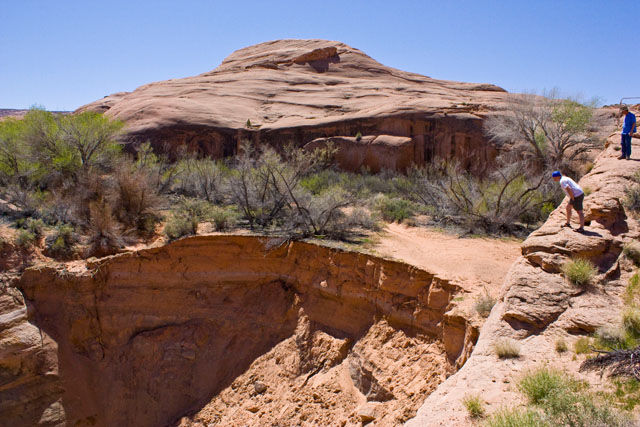 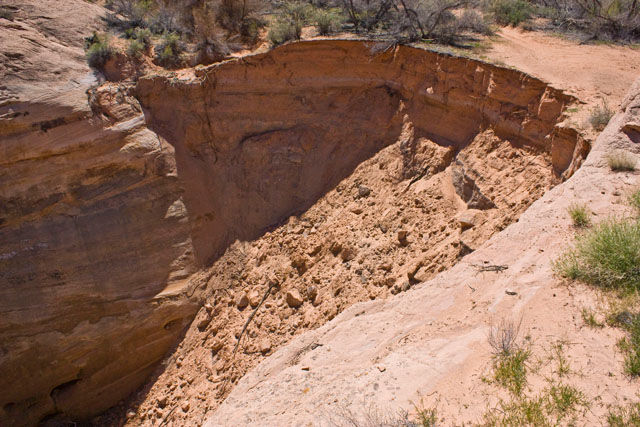 Lake Canyon and the Henry Mountains 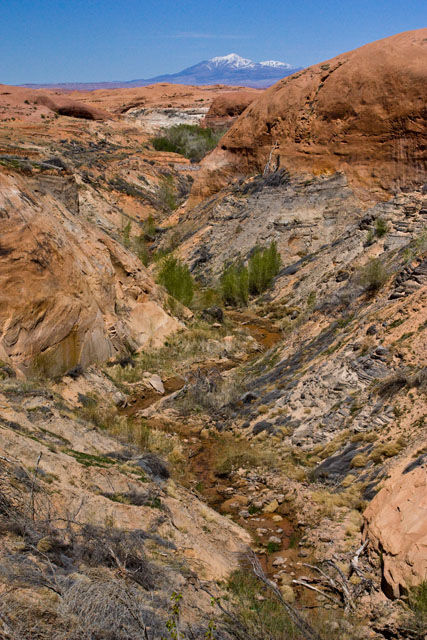 After some lunch, we were back on the trail again. After crossing through Death Valley, we were soon approaching Grey Mesa. First we passed the old wagon track that the Hole-in-the-Rock pioneers had used to get their wagons down off of Grey Mesa. 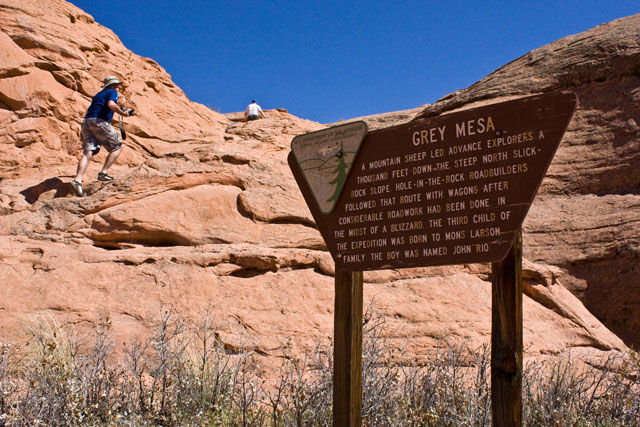 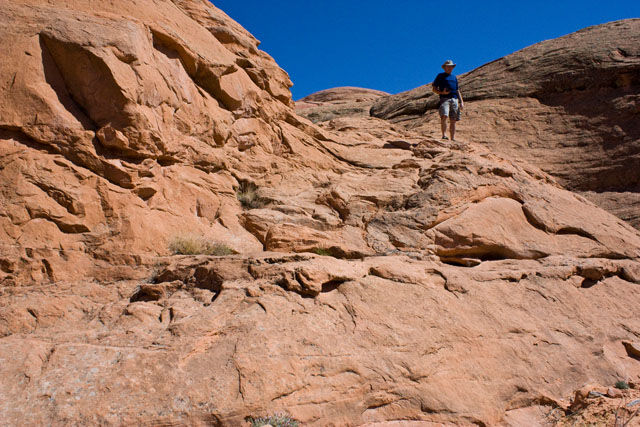 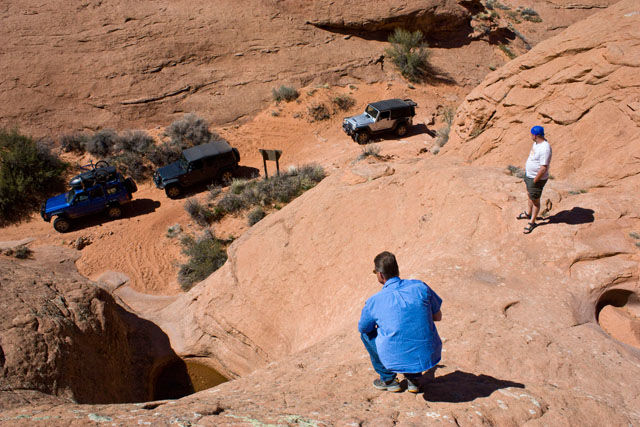 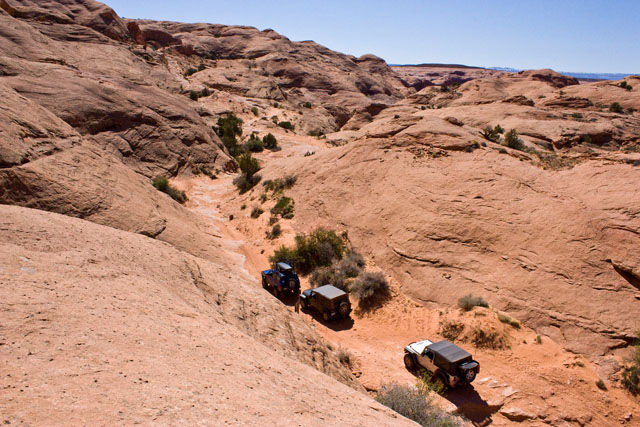 We would not be heading up this way. Instead we would be climbing up onto Grey Mesa via an old rough trail blasted into the slickrock by prospectors. 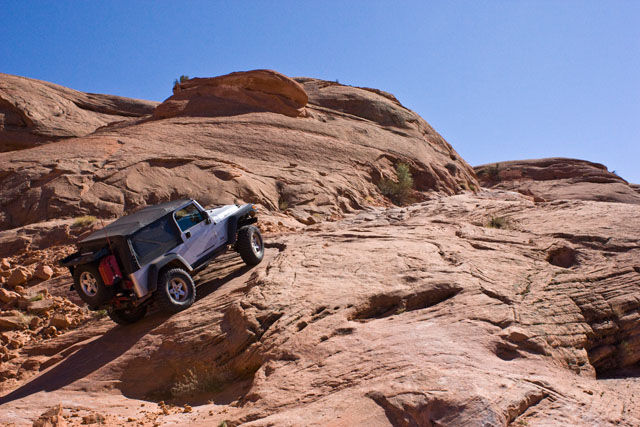 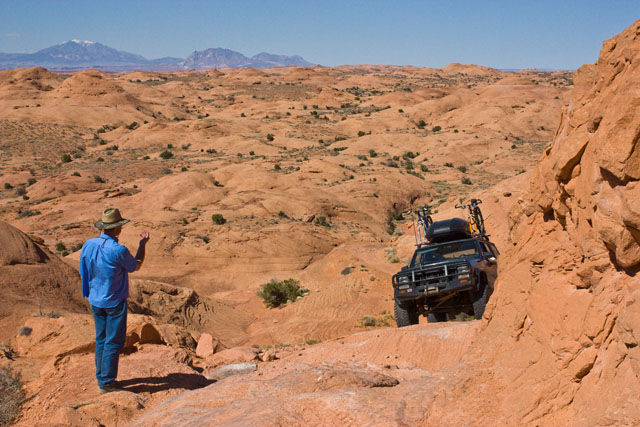 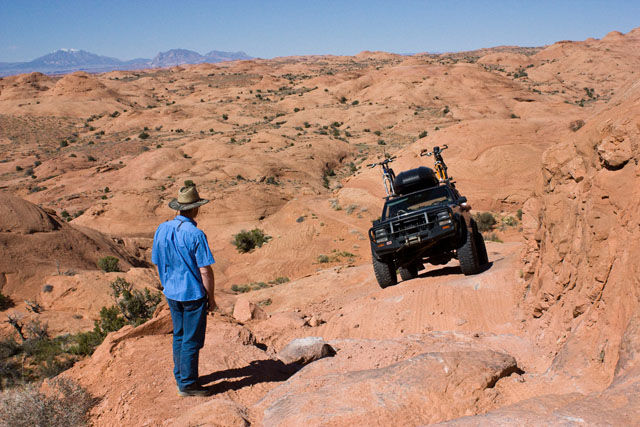 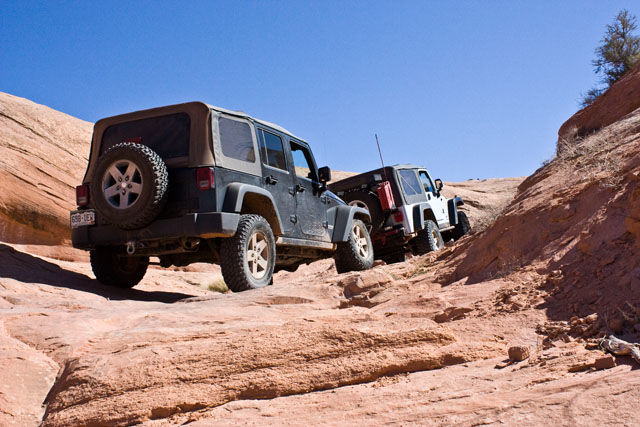 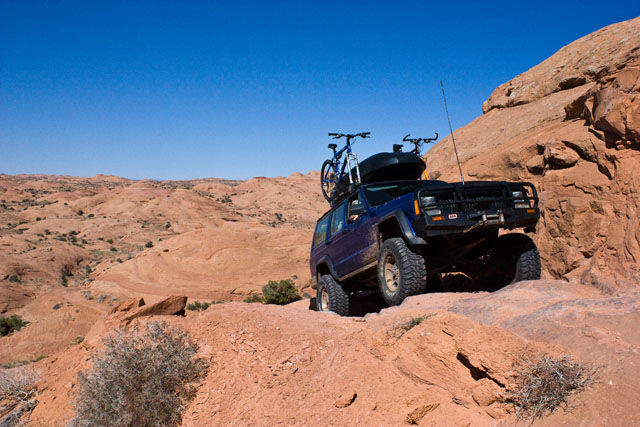 Once on the mesa, we were greeted with a few miles of smoother roads, which was a welcome relief from the miles of broken and bumpy slickrock we had just crossed. 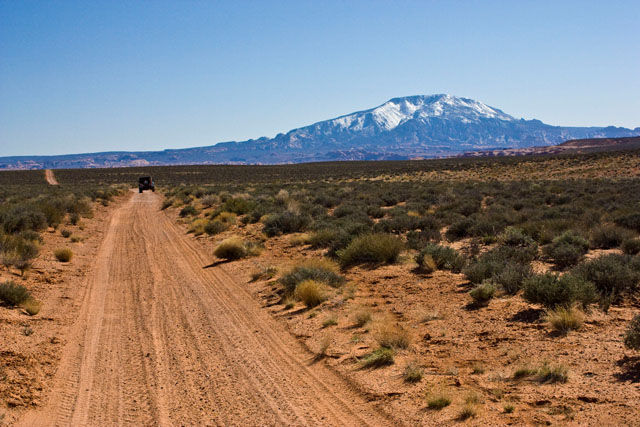 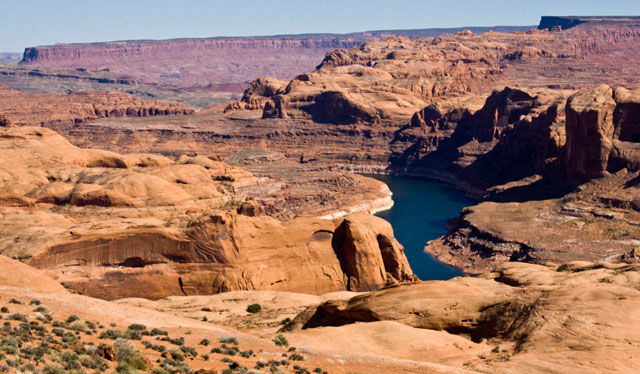 Once we headed off the mesa on the other side, we were traveling on slickrock once again. 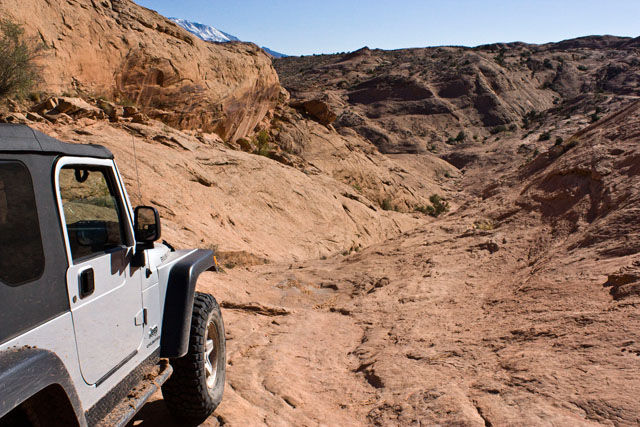 Headed down ‘The Chute’ 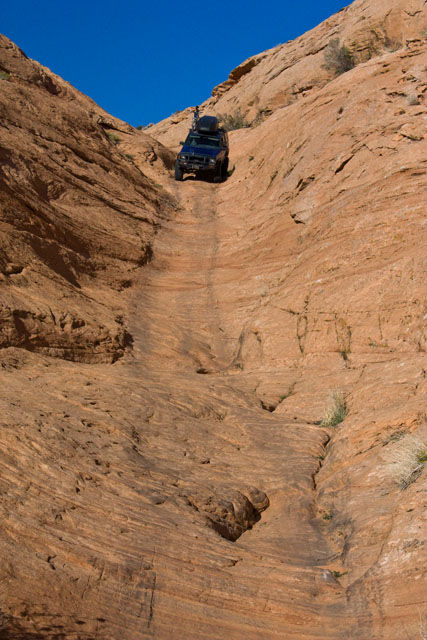 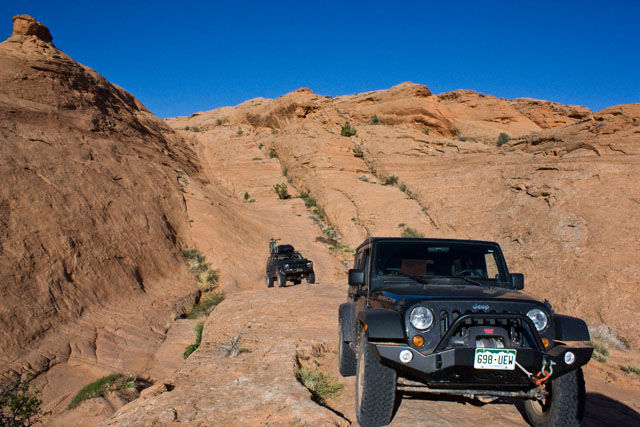 Shortly before sunset we finally reached the end of the trail. It was a long day of driving. 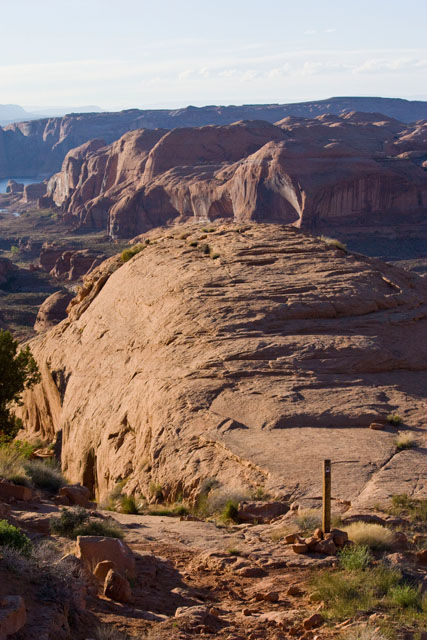 Dave and I setup camp away from the rest of the larger group, had some dinner and went to bed early. 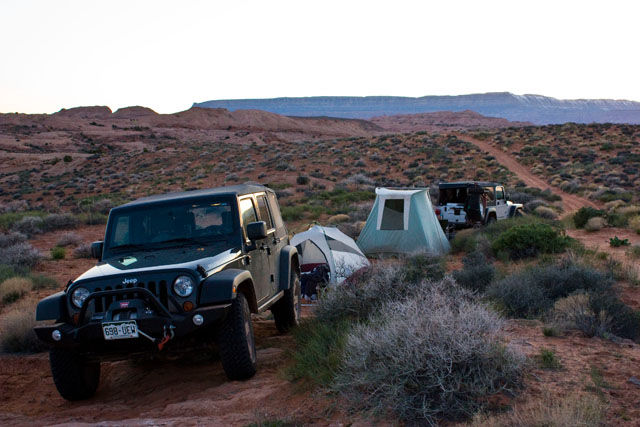 It was definitely a long day behind the wheel, but it was also a lot of fun. Here’s a couple action shots of me…

Getting a little air under the rear tire. Taken by Alex. 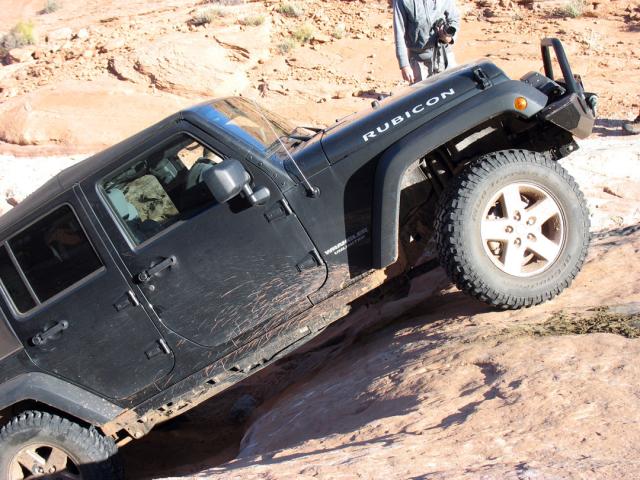 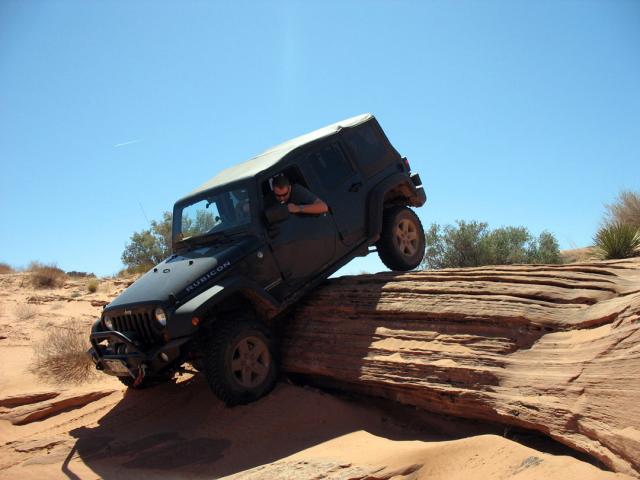