A quick history lesson about the Jersey Jim is that it was named after an early cattleman who ran Jersey cattle in the area and it was home to U.S. Forest Service fire lookouts from the 1940’s until the 1970’s. In 1991 the tower was renovated and saved from demolotion by the Jersey Jim Foundation which operates and maintains the tower under permit with the San Juan National Forest. 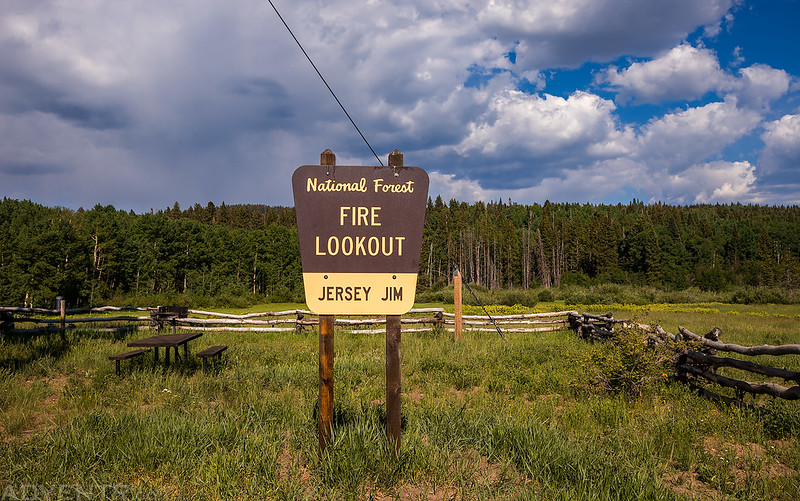 A look at the warning signs on the locked gate to the entrance of the tower. There are a total of three different padlocks that you need to unlock as you climb up the tower. 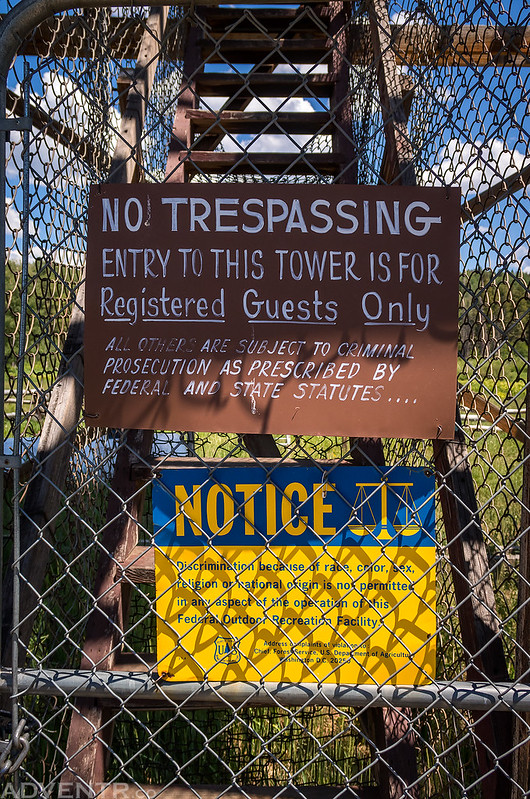 Climbing up the steep and narrow steps. My fear of heights bothered me the first time climbing these stairs, but after going up and down a couple more times those fears eventually receded. 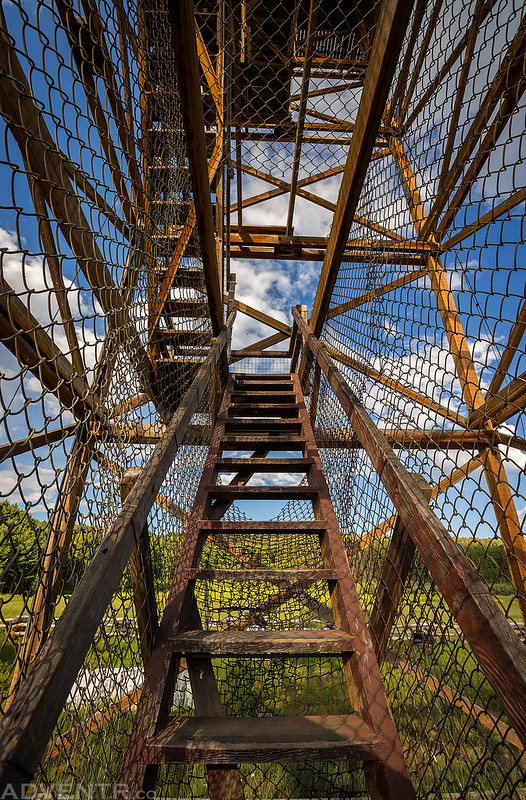 A look inside my home for the night. 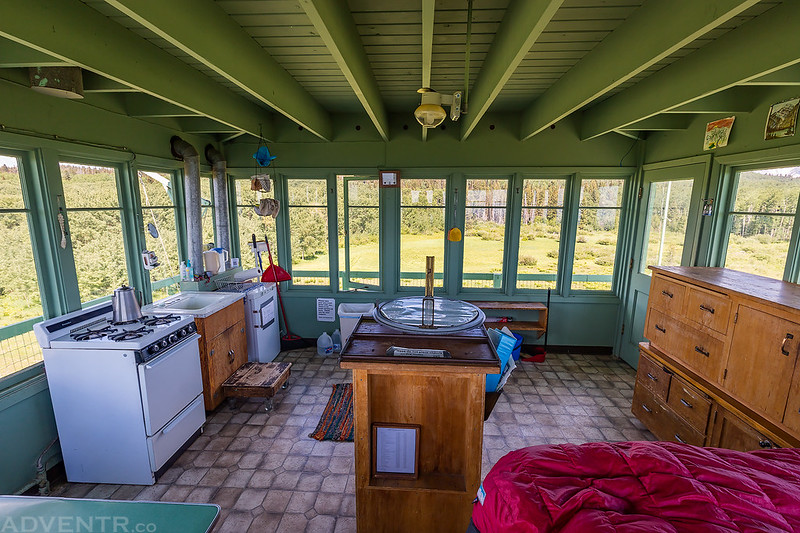 In the middle of the room is the historic Fire Finder that was used to locate fires in the surrounding topography. Now you can use it to orient yourself to the surrounding landmarks, like Hesperus Mountain and Helmet Peak which are both visible through the windows in this photo. 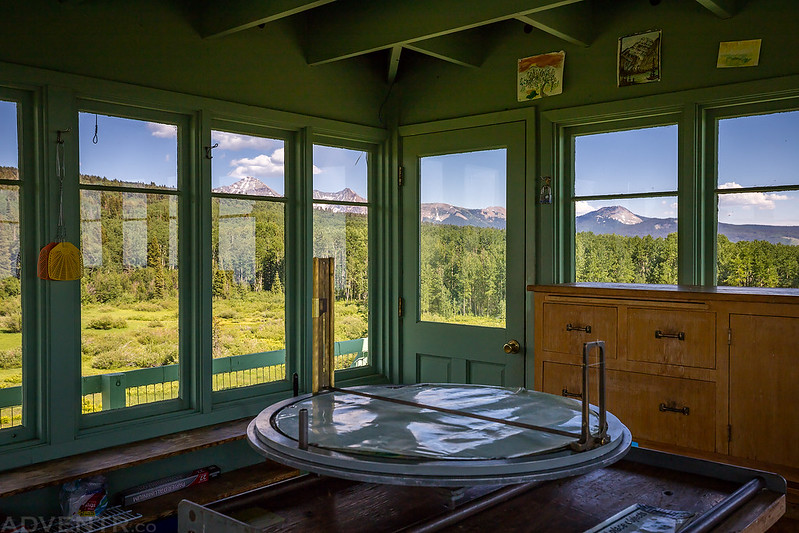 Looking down through the trap door in the floor of the deck that you have to come up through. 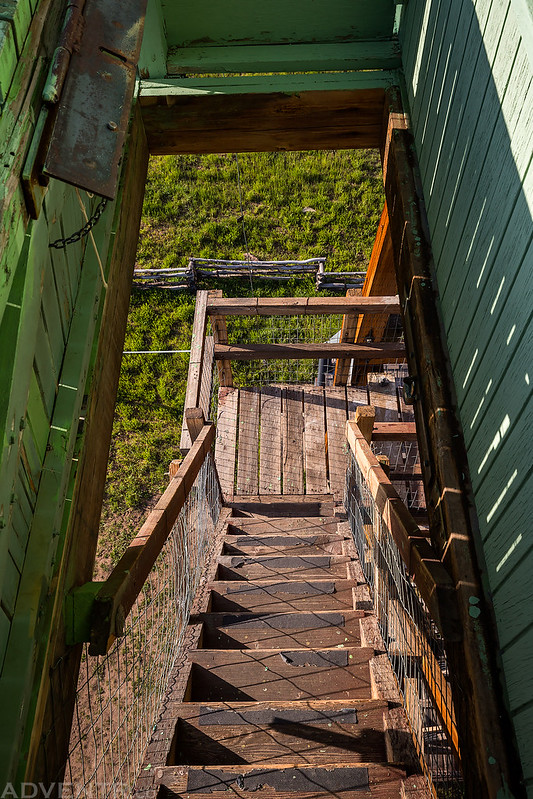 Later in the afternoon some nice clouds developed in the sky so I headed back down to take a few photos of the tower from the ground. 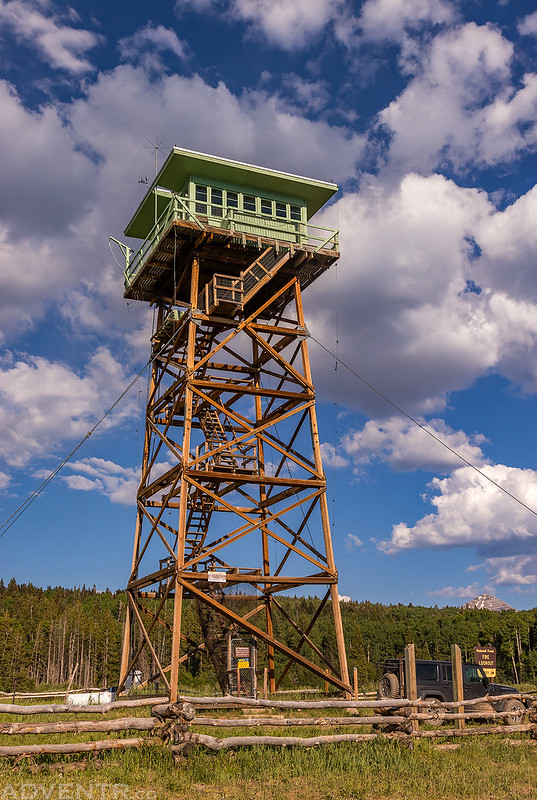 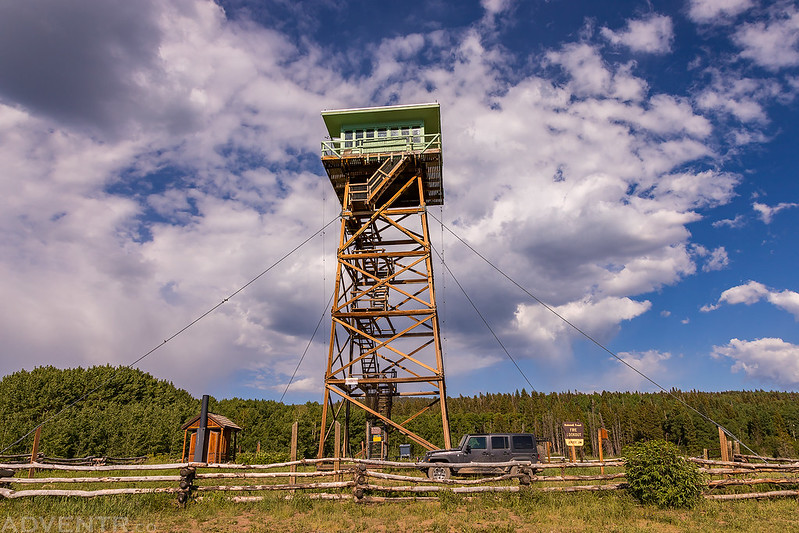 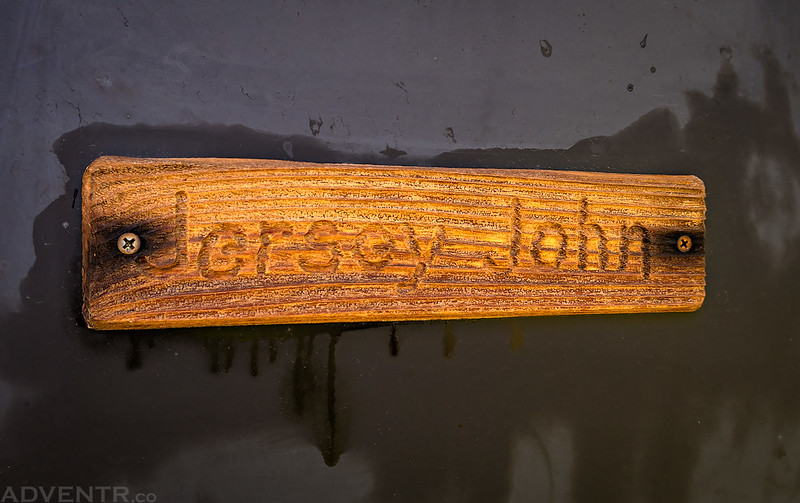 Room In the Sky 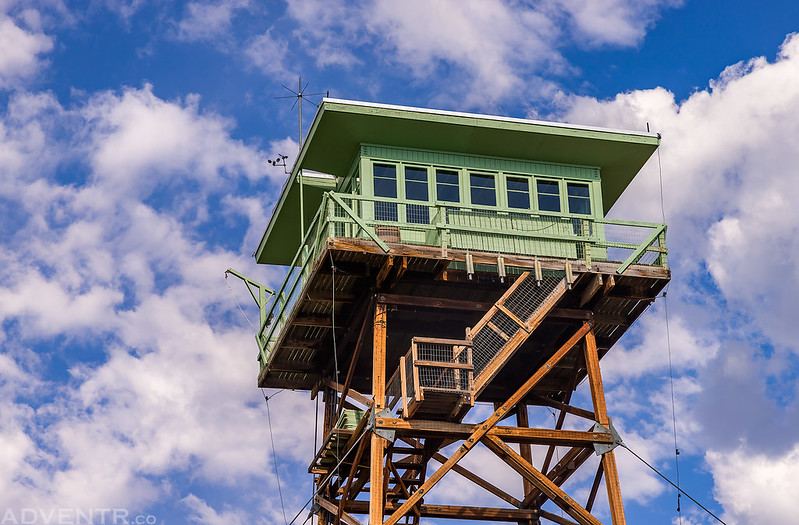 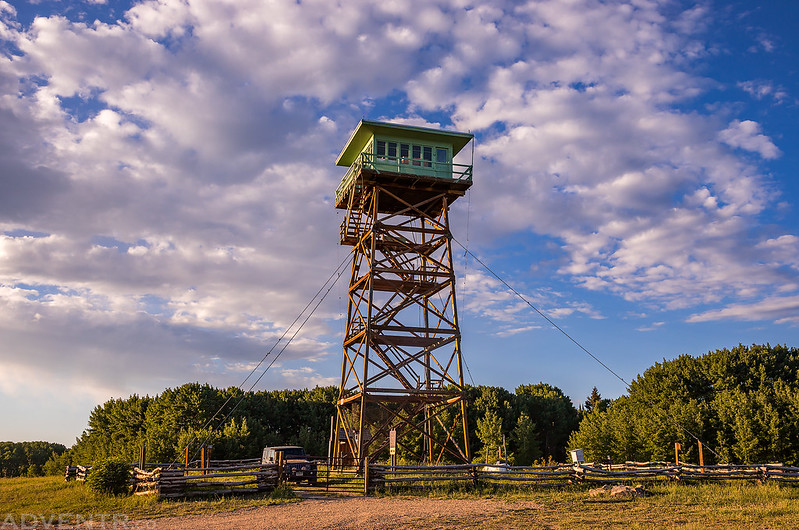 Since I’ve been flying a drone at work on occasion these past few months, I borrowed a small one to practice with while I was at the tower, so here are a few short video clips I made.

The shadow of the tower on the ground and the tops of the La Plata Mountains on the horizon. 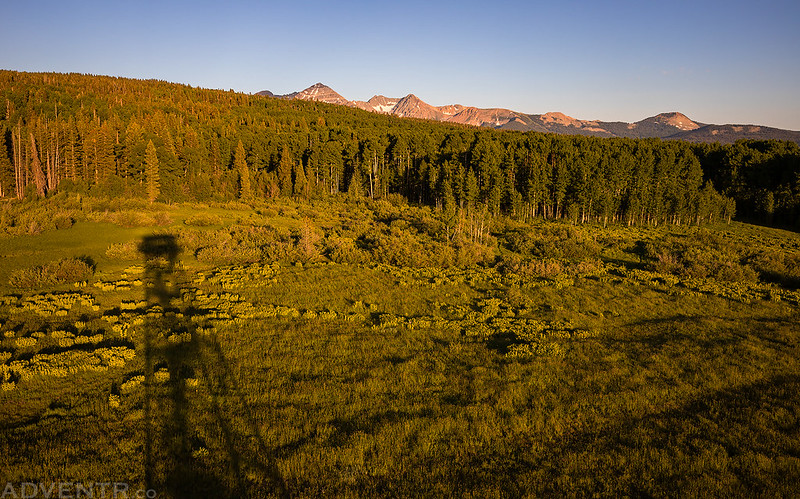 Looking the other direction to Sleeping Ute Mountain and Mesa Verde. The sky was quite a bit hazy in this direction because of the Peavine Canyon wildfire burning in Utah near Dark Canyon. 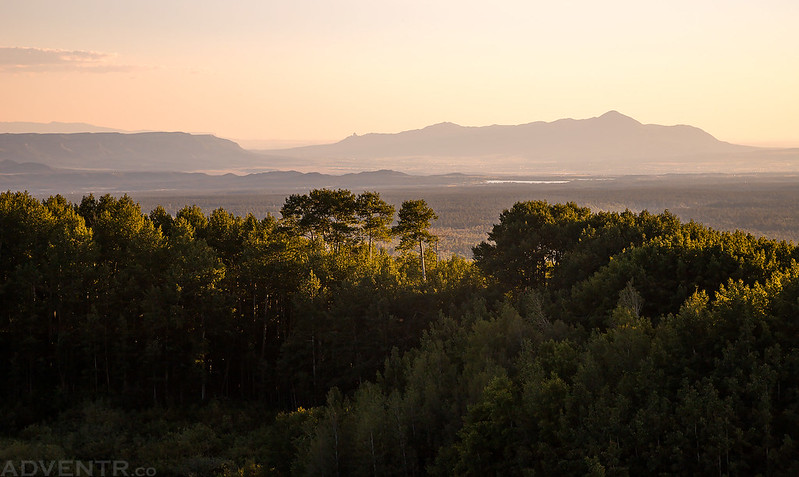 I watched the sunset from the deck of the tower. 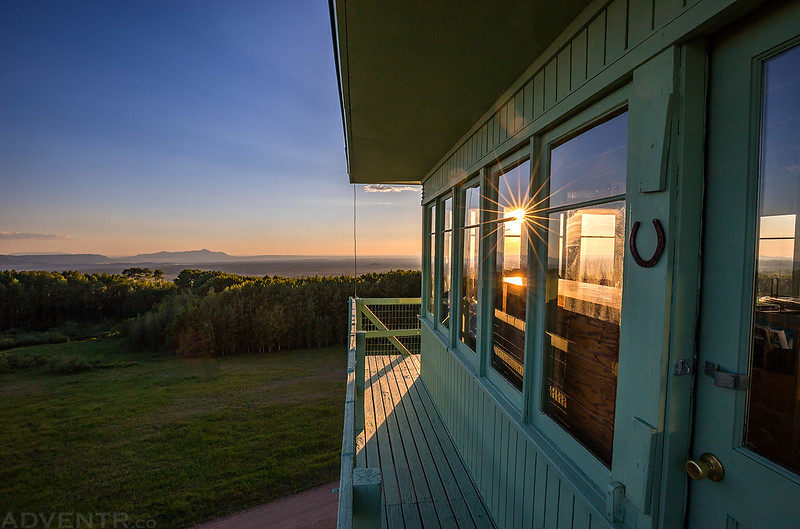 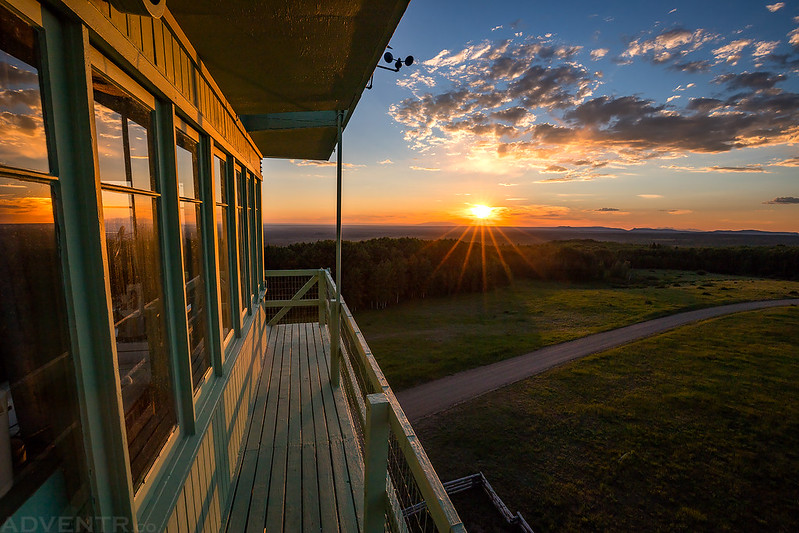 Both the Abajo Mountains and La Sal Mountains in Utah are barely visible on the horizon. 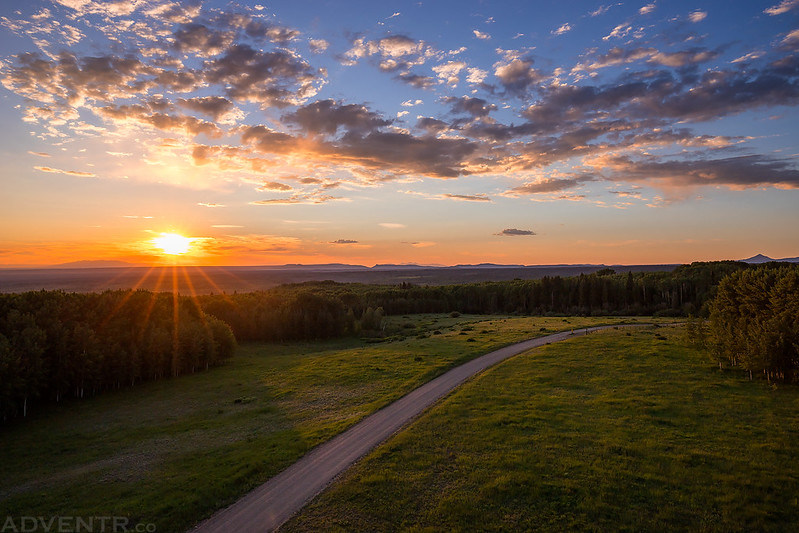 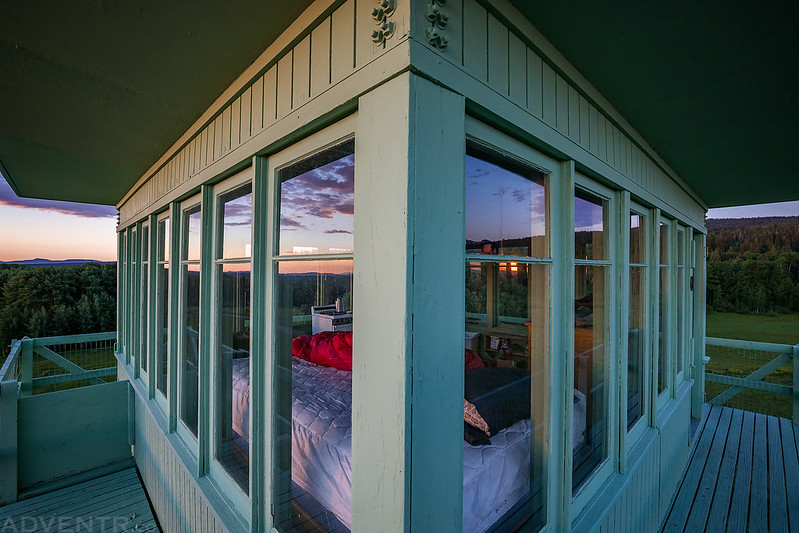 The smoke to the west did make for a colorful horizon at sunset. 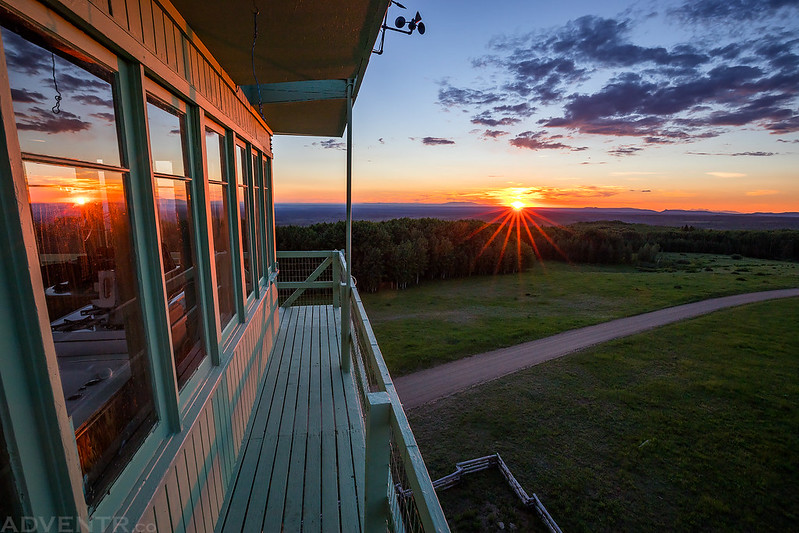 I went to bed shortly after sunset and could see the lights of Cortez in the distance from the bed as I layed there. It was actually a very comfortable bed and I slept pretty well all night. I did keep hearing a strange noise all night that I couldn’t figure out what it was until I realized in the morning that it was the anemometer on the roof of the tower.

I woke up on Monday morning just before sunrise to these magenta clouds over Lone Cone in the distance. 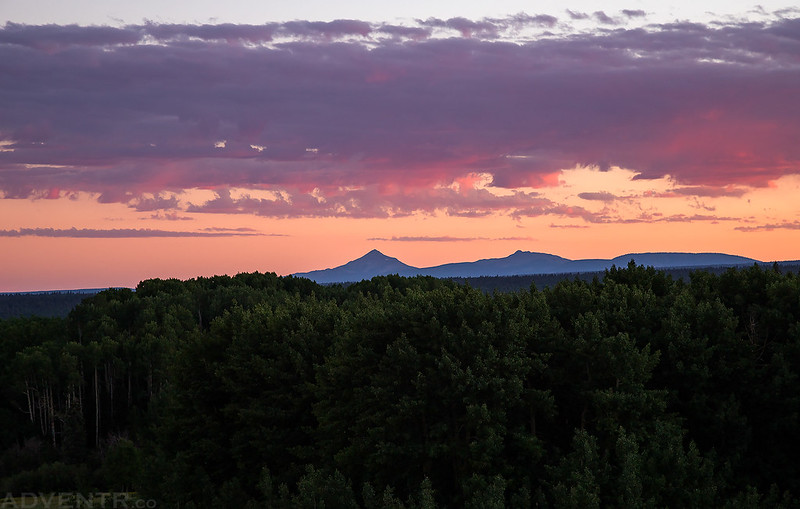 Here’s another interior shot I took before the sun was up over the horizon. 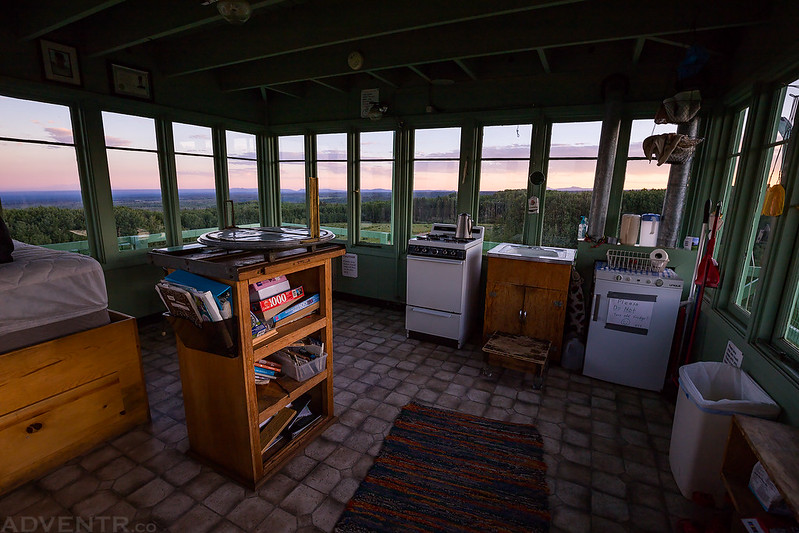 The the sun appeared through the windows a short time later. 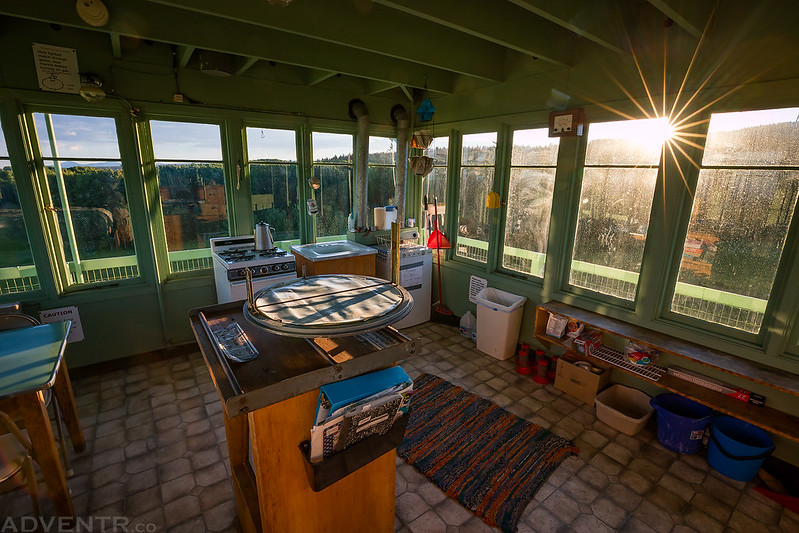 Looking down the road I would be taking back to Mancos to drop off the key after I left the tower. 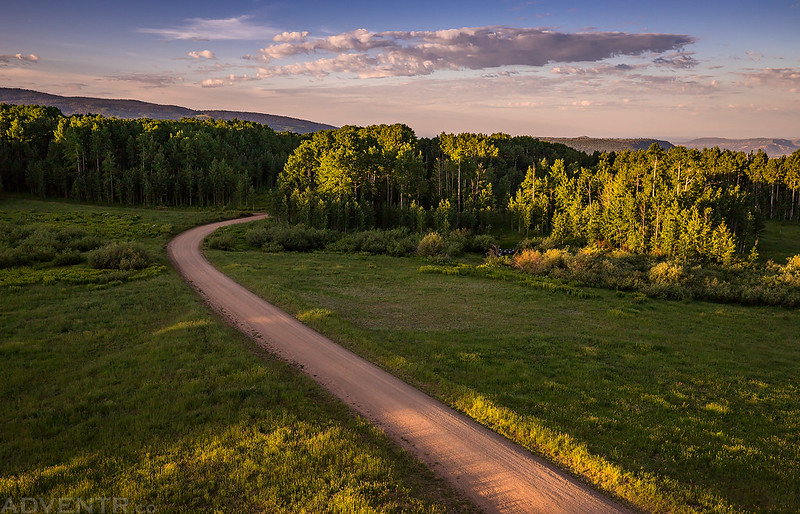 Published in Camping, Photographing and Touring