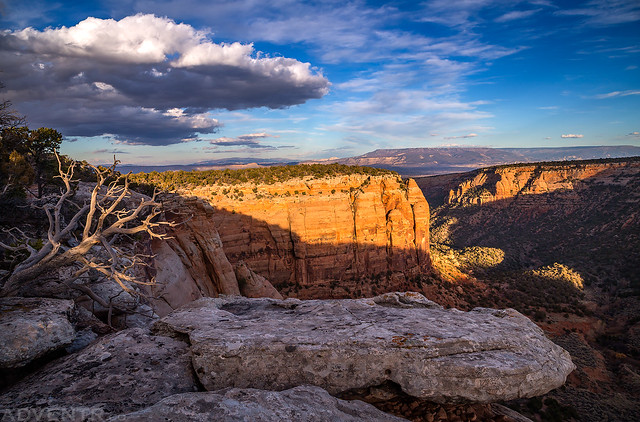 Sunset view from the West Rim of No Thoroughfare Canyon in the Colorado National Monument.

Welcome to the Colorado National Monument. 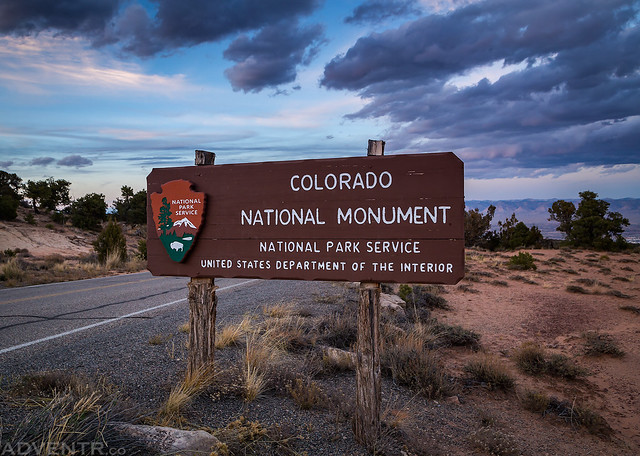 Here is a photo of the Trails Illustrated map (Colorado National Monument & McInnis Canyons NCA #208) that shows the trail sandwiched between No Thoroughfare Canyon and East Glade Park Road that I set out to see if it actually exists. After leaving the paved road I started out following an old road that seemed to follow the trail shown on the map, but as soon as I reached a wash crossing where it looks like an old bridge had been washed out, it pretty much disappeared after that. I was unable to find even a faint trail in the area, so I followed as close to the rim of the canyon as I could for a few miles. About thirty minutes before sunset I hiked cross-country back over to Ds Road and followed it back to my Jeep. Though there is no real trail like is shown on the map, this is definitely a nice area to explore with good views over No Thoroughfare Canyon to the Grand Mesa. I was even able to look down on the spot I camped at when I did a short overnight backpacking trip through No Thoroughfare Canyon a few years back.

This is part of the old road I was following at the beginning just before it disappeared on the other side of the wash. 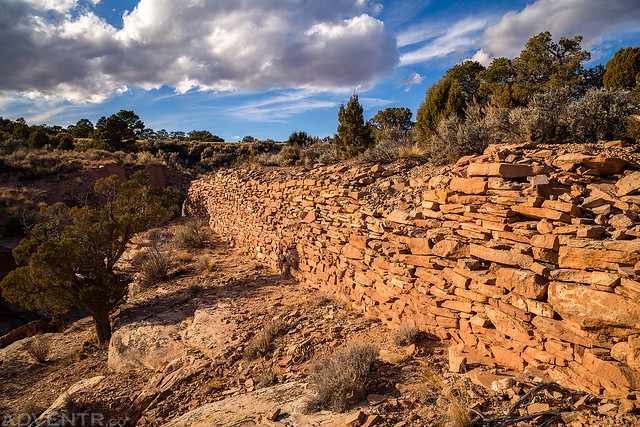 A great view over No Thoroughfare Canyon to the Grand Mesa on the horizon. 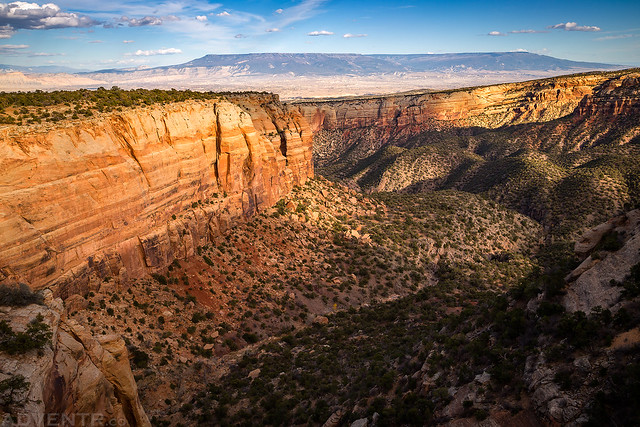 Looking down No Thoroughfare Canyon to the Grand Valley and Mount Garfield with Battlement Mesa and Chalk Mountain in the distance. 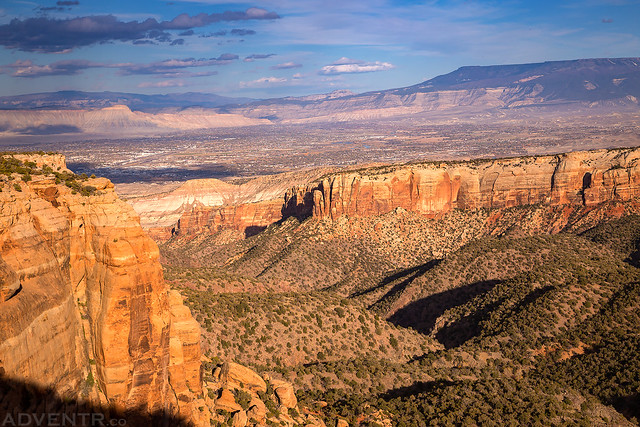 Arroyo cutting is visible down below in upper No Thoroughfare Canyon. 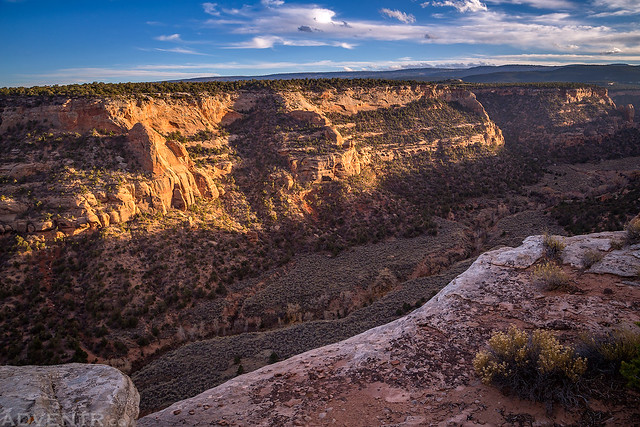 A late evening view up the canyon. 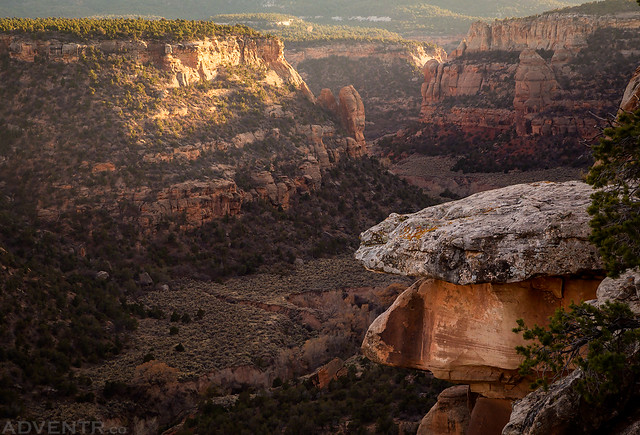 Following Ds Road back to my Jeep at sunset. If you look closely you can see the very top of Mount Garfield and the Grand Mesa lit up with magenta light. 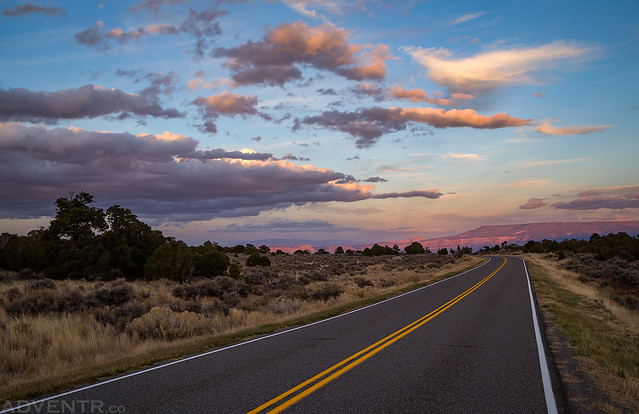 Looking down toward Devils Kitchen from near the tunnel on Rim Rock Drive as I headed back out of the park. 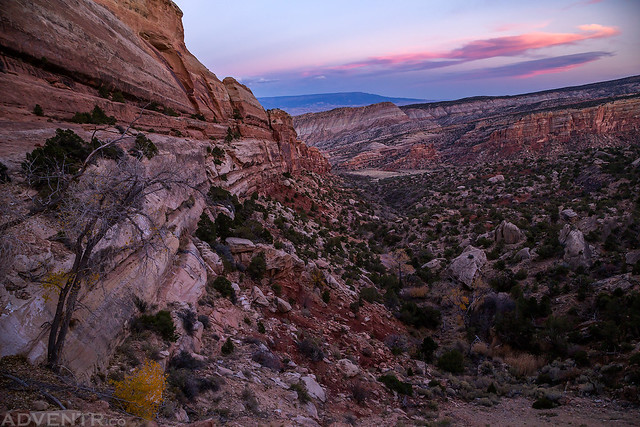 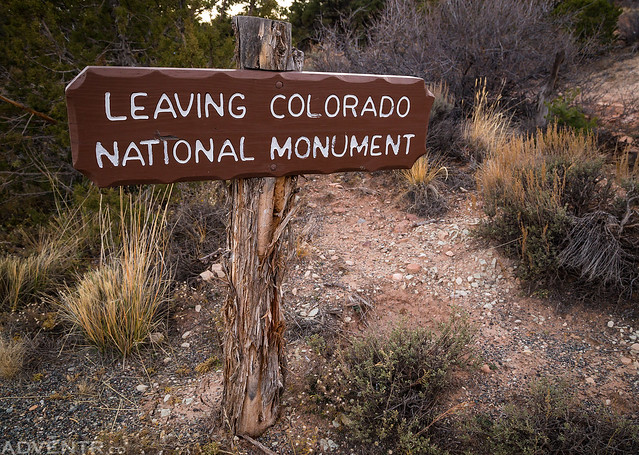