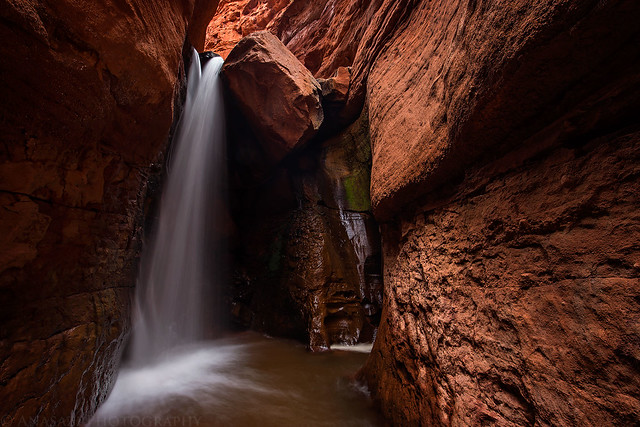 It’s been a few years since we hiked up Professor Creek in Mary Jane Canyon and Diane has wanted to do it again since it’s one of her favorite hikes. It looked like this hike would be a great option for this weekend since we didn’t want to travel too far from home and it would be a good place to cool off with the hot weather we’ve had lately. I had checked the weather on Friday evening and the forecast called for sunny skies and low 90 degree temperatures which sounded pretty good for this hike. However, when we woke up on Saturday morning to leave, the sky was actually pretty overcast and the new forecast said it would stay like that for most of the day and that it would still be warm with a possible rain shower.

After breakfast we took a scenic drive to the trailhead by going through Unaweep Canyon to Gateway and then following the Gateway-Castleton Road up John Brown Canyon and along the northern edge of the La Sal Mountains and then through Castle Valley. It had been a few years since I’d driven this route and Diane had never been this way before, so it was a nice relaxing backcountry drive for us. We arrived at the trailhead shortly before noon and started hiking up the creek. The overcast sky helped keep the temperature down a little, but it also prevented nice reflected light in the canyon, so I didn’t end up taking too many photos along the way. 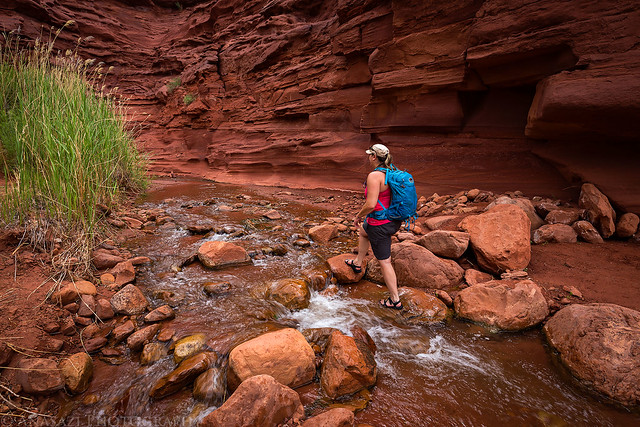 A rare photo of me that Diane took with my camera. 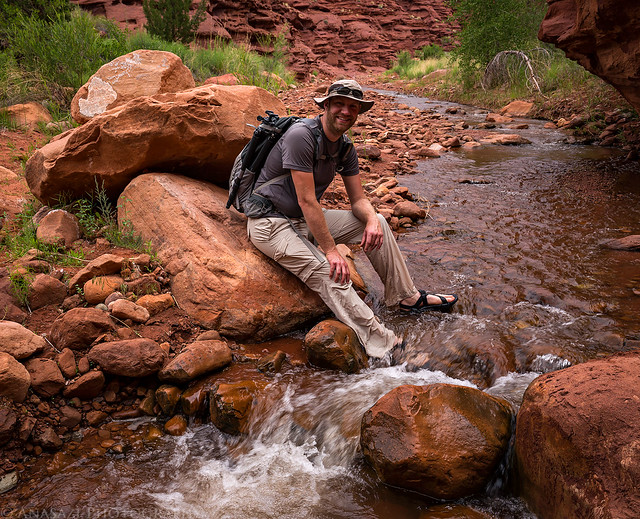 The canyon narrows up nicely a few times. 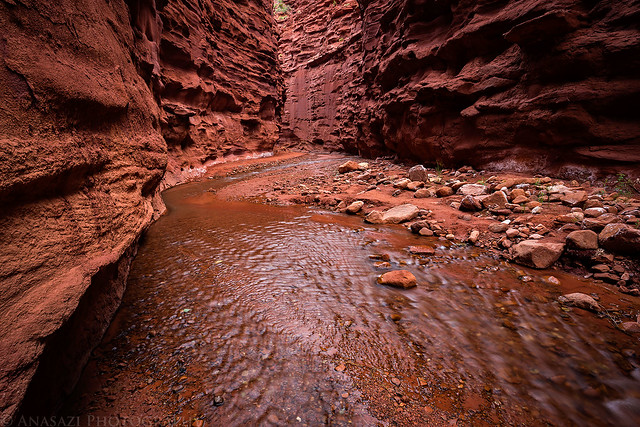 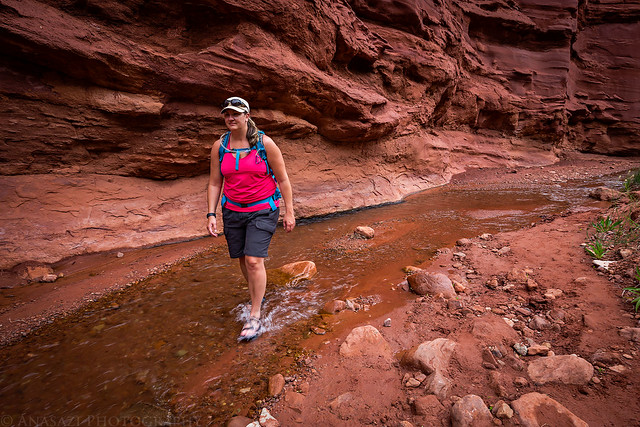 The bright green trees really contrasted nicely with the dark red walls of the canyon. 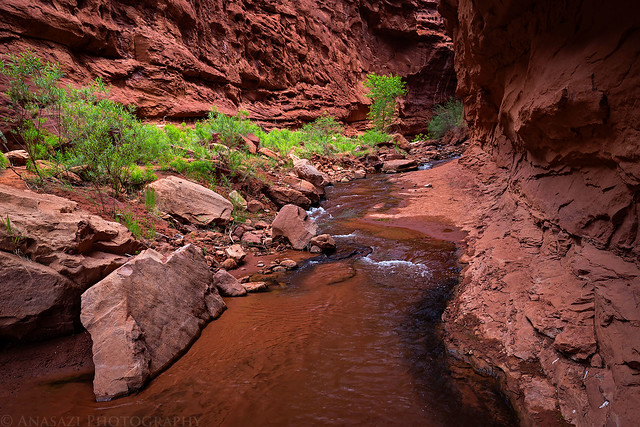 After almost four miles of hiking up the creek we reached the waterfall that would prevent us from going any further. 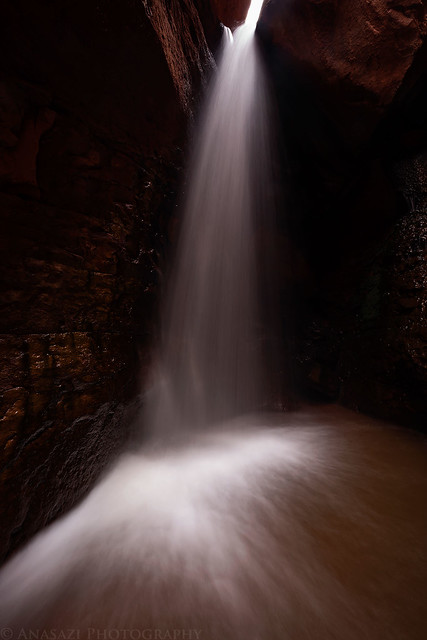 Diane standing underneath Professor Creek Falls to help show the scale. The water was pretty cold. 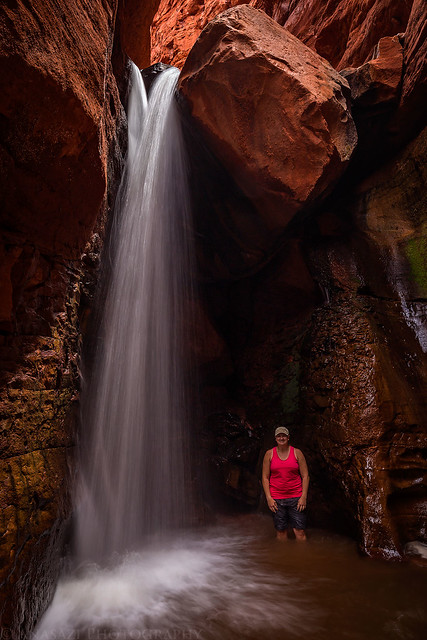 The slot canyon just before reaching the waterfall. 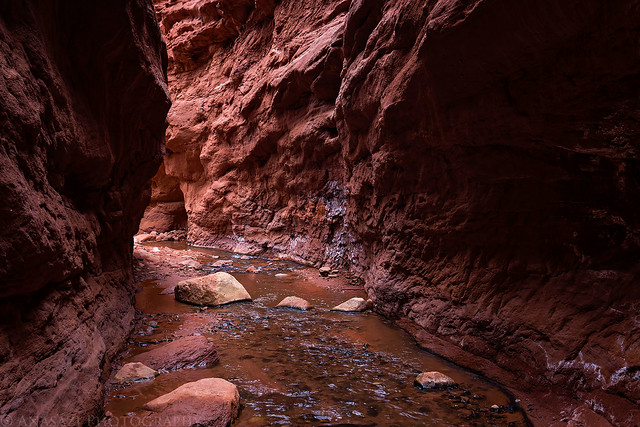 This was a tricky photo to get. My camera was under the spray of the waterfall and most of my shots were ruined by water on the lens. 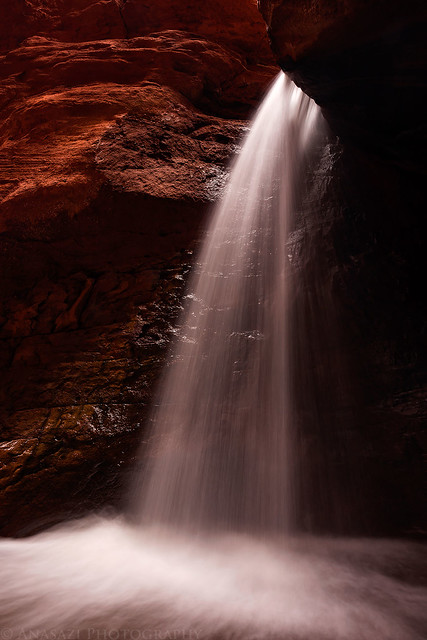 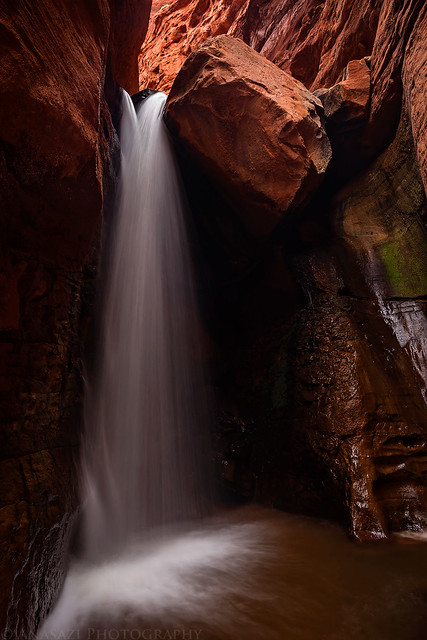 Hiking back down the creek after spending a while photographing the waterfall. 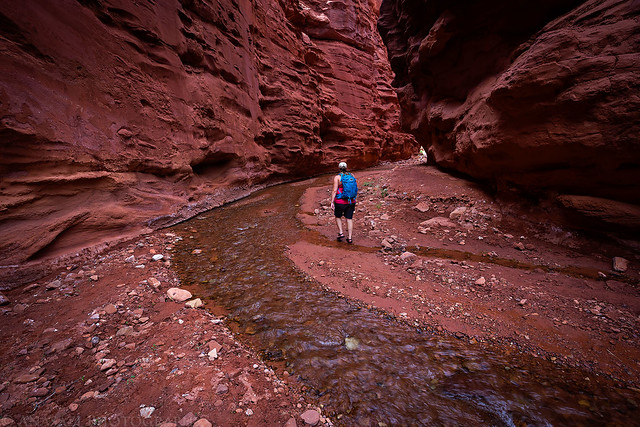 We finally had a little sunlight and blue sky during the hike back to the trailhead. 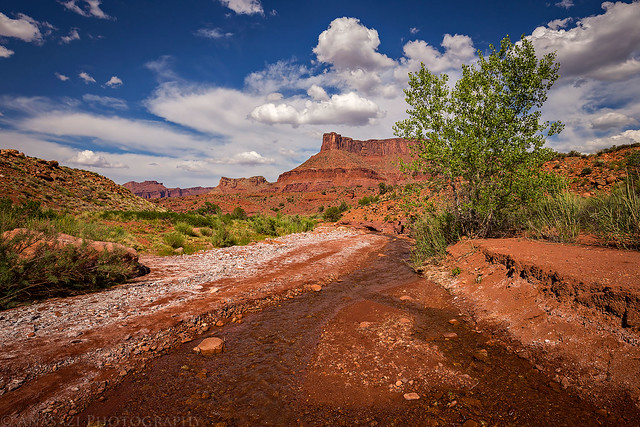 Published in Canyoneering, Hiking and Photographing