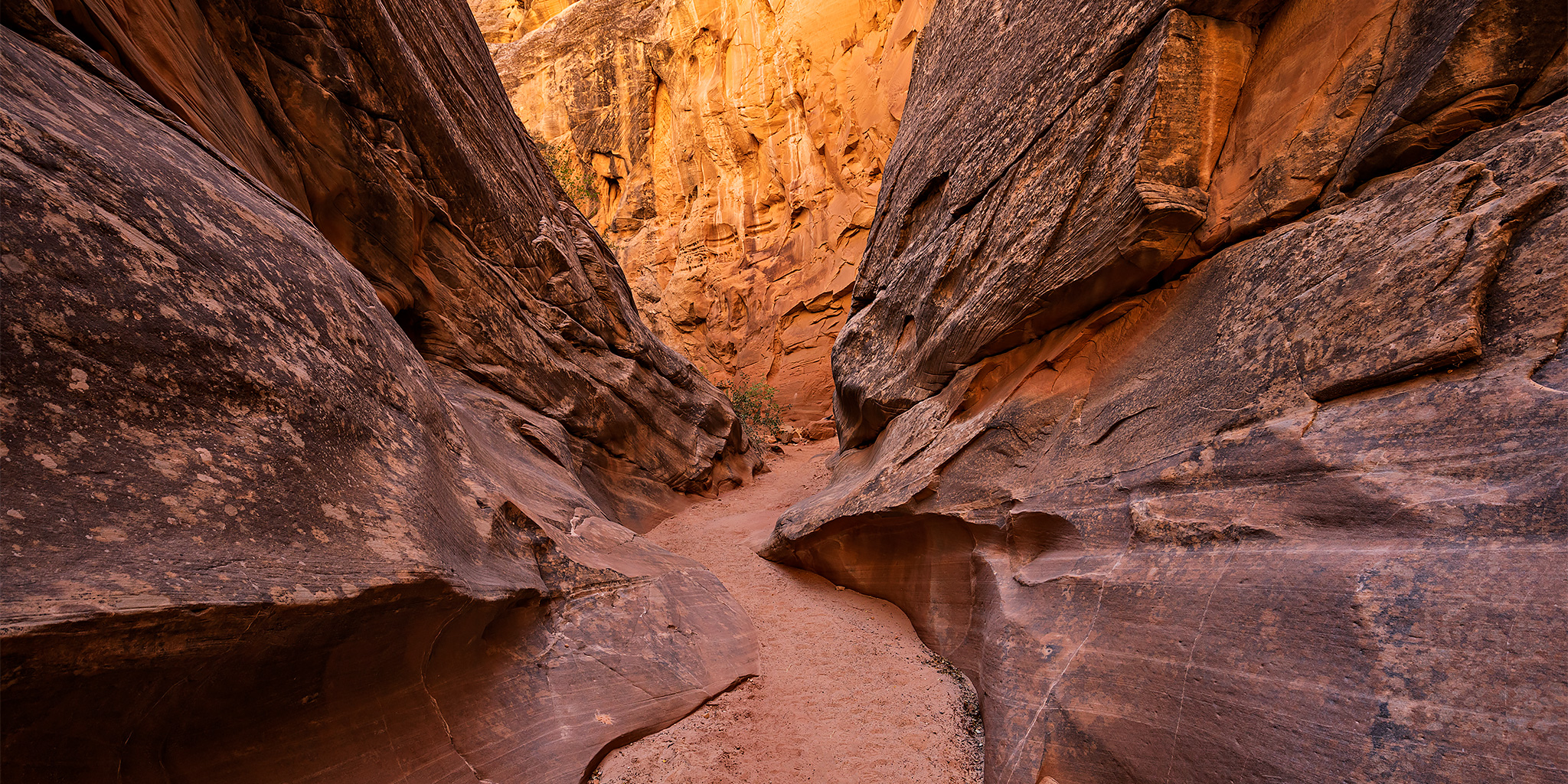 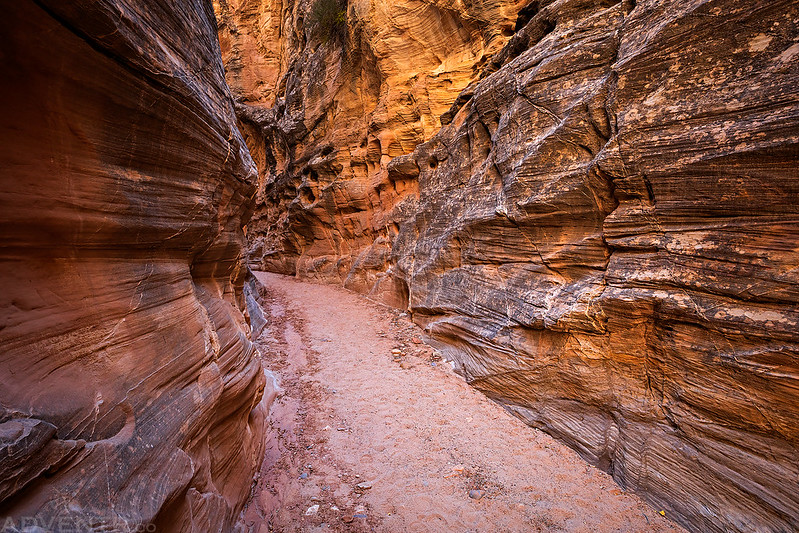 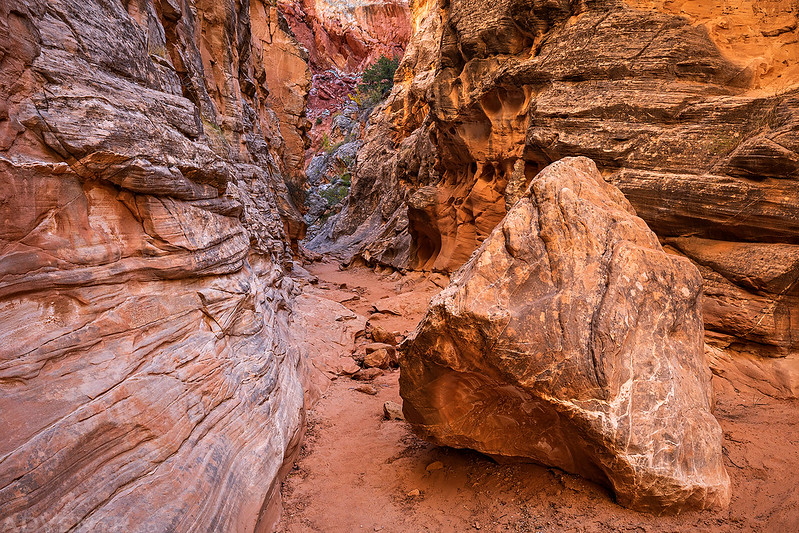 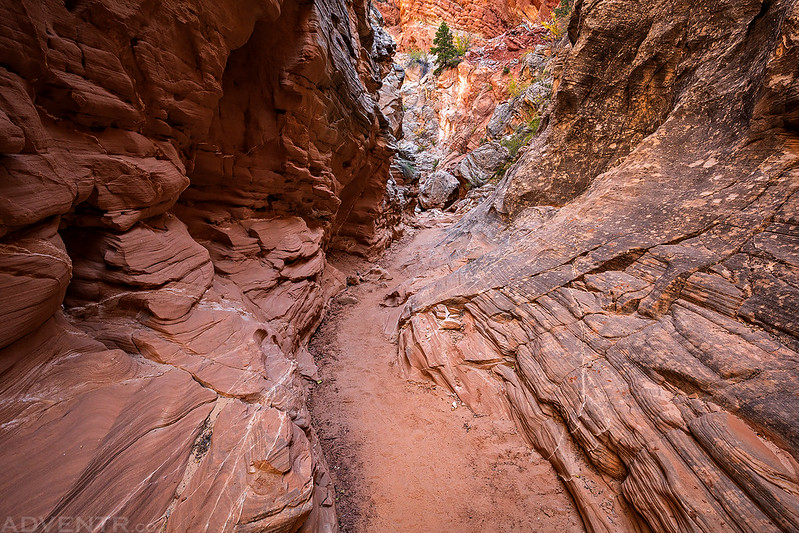 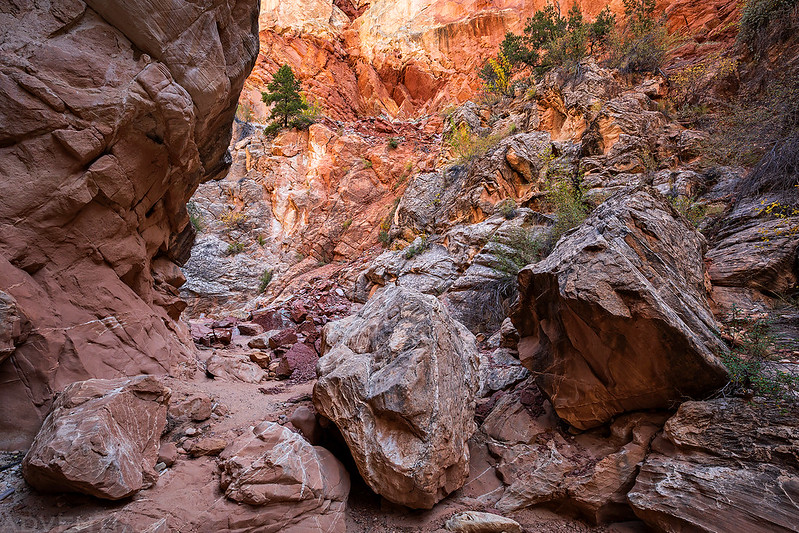 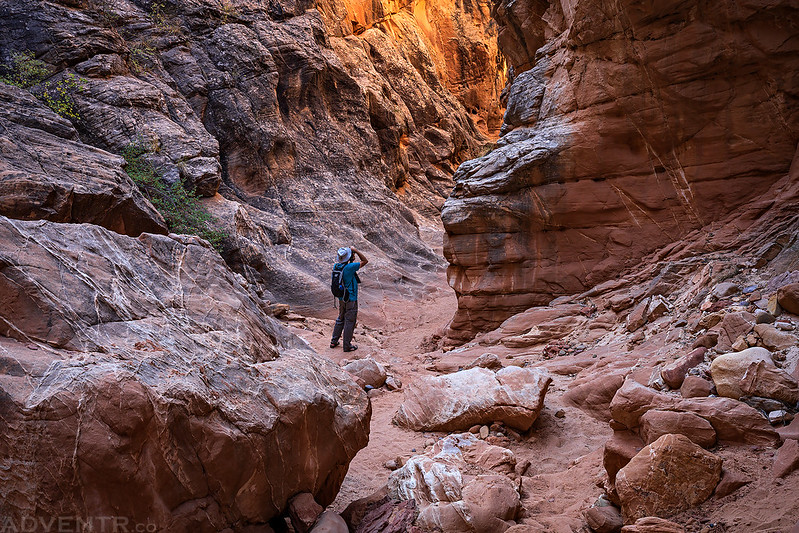 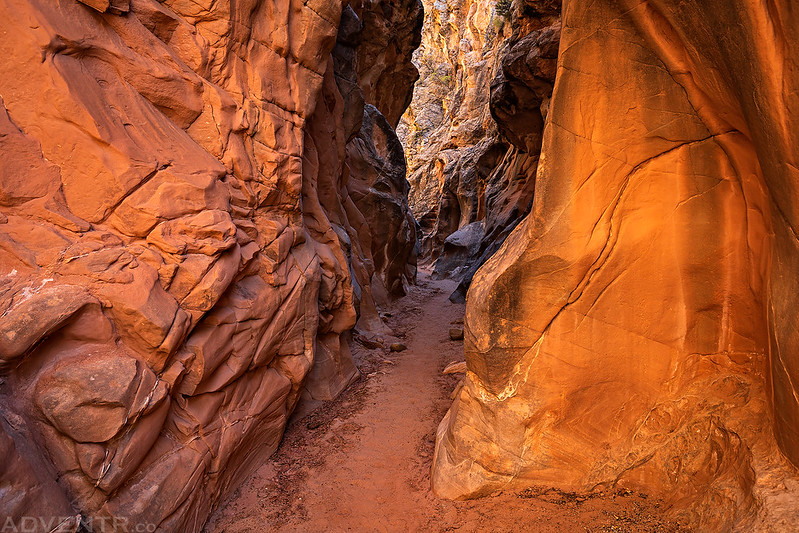 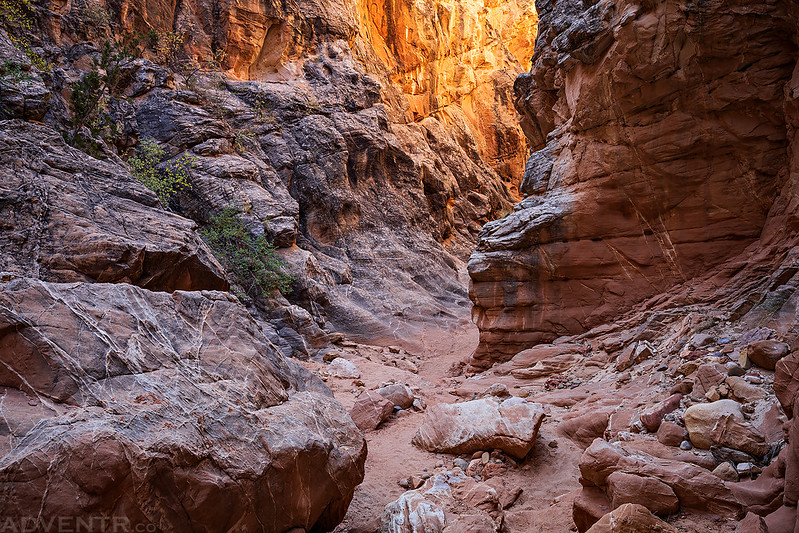 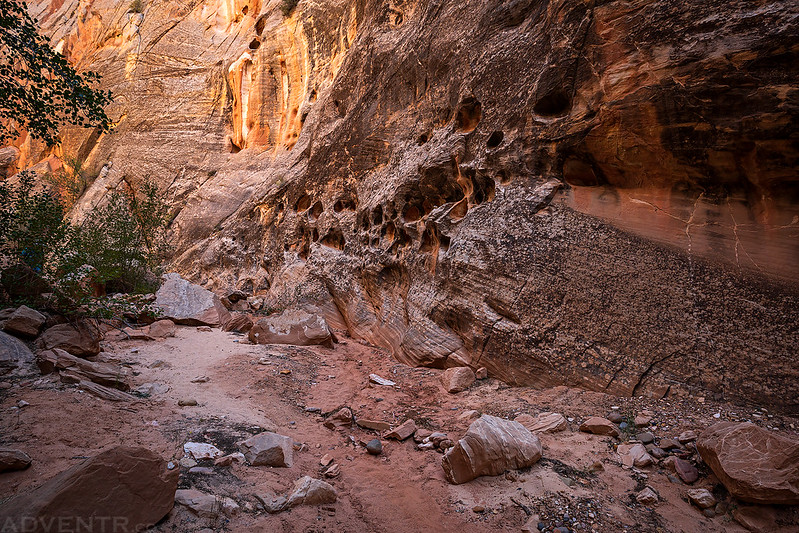 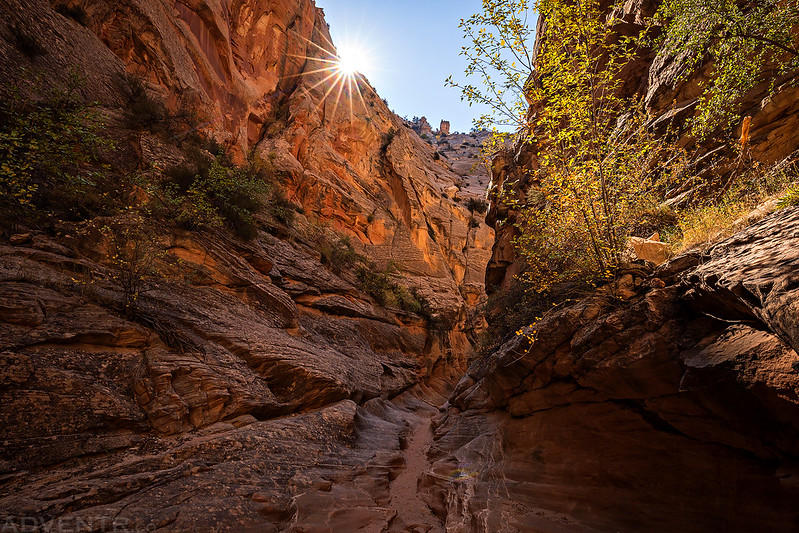 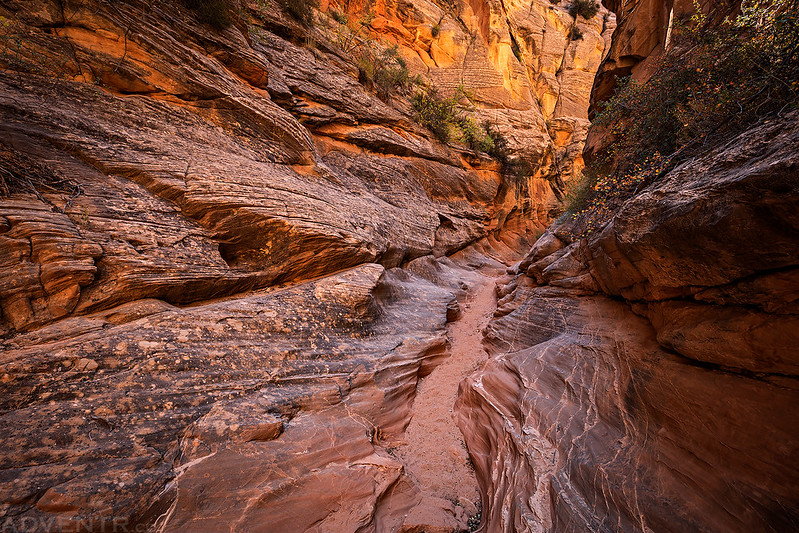 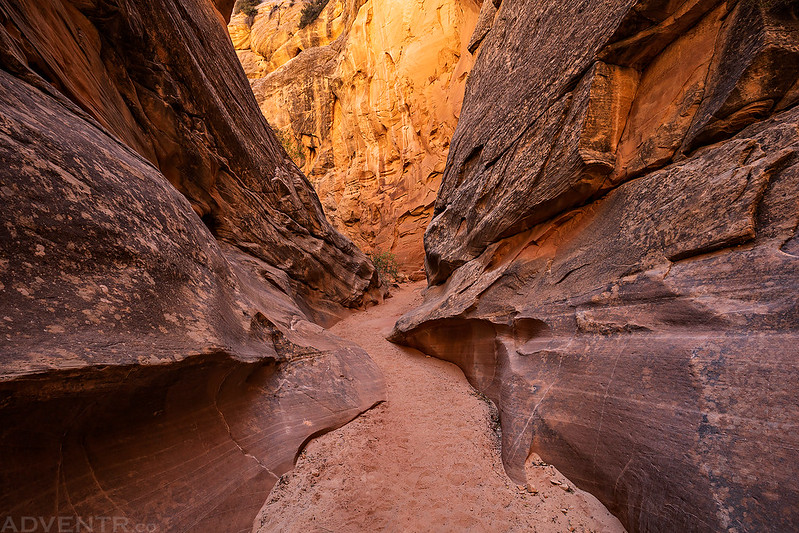 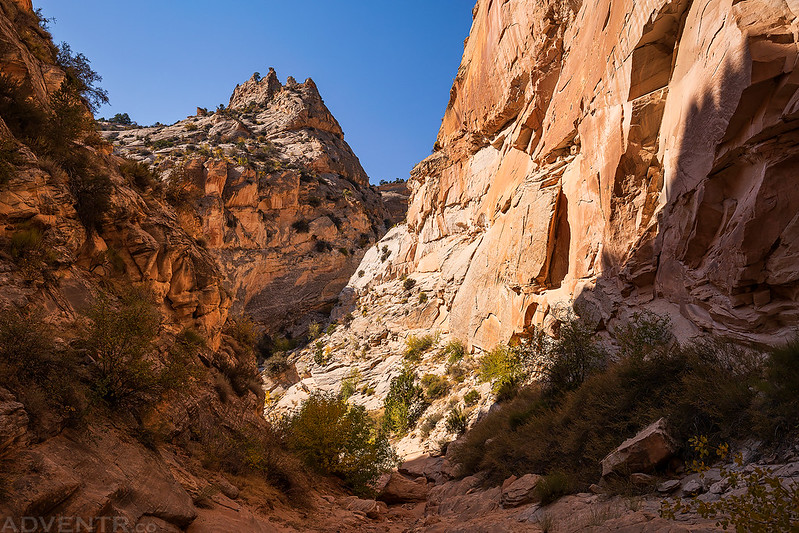 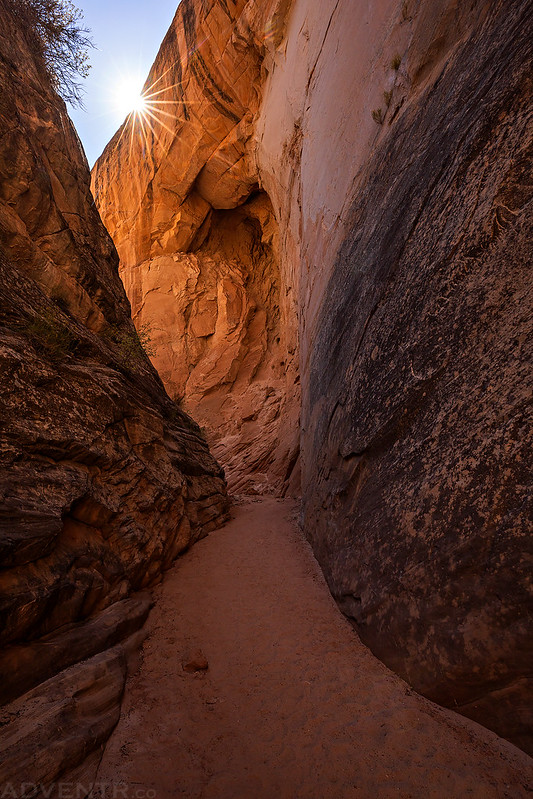 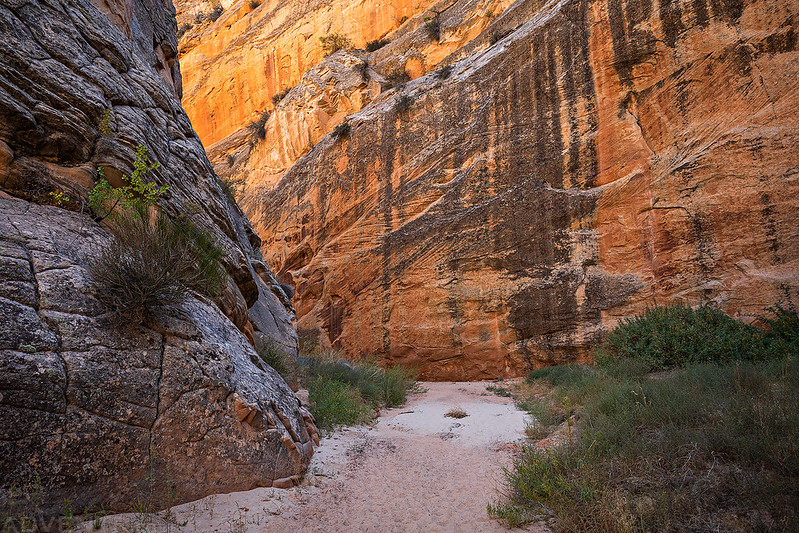 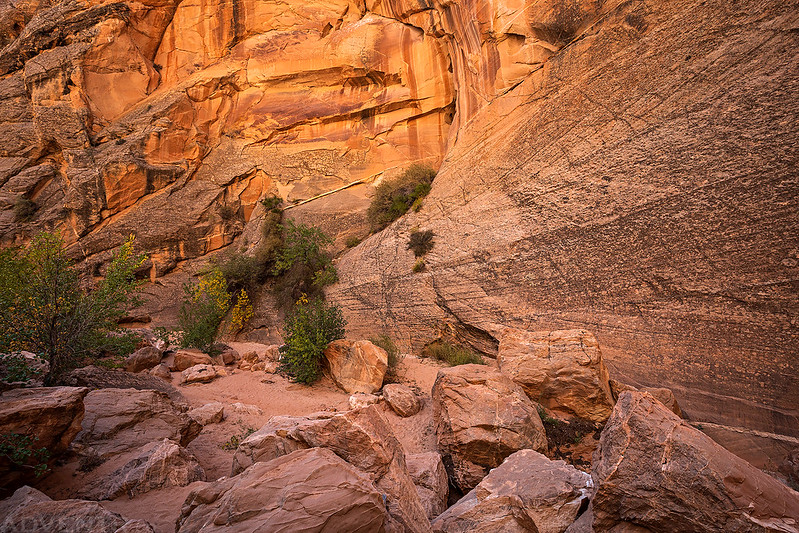 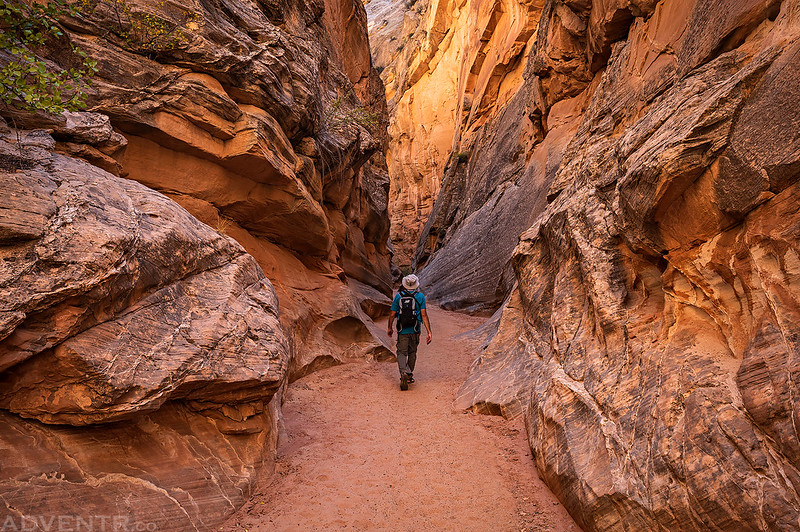 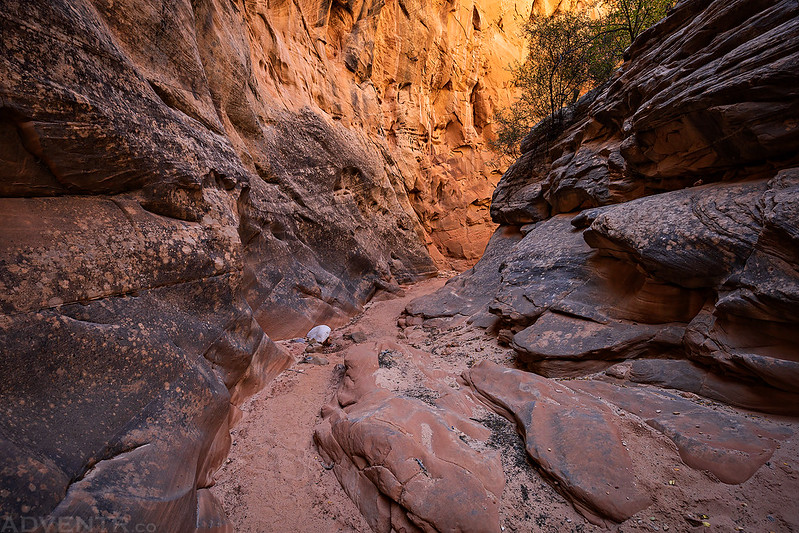 After returning to the Cottonwood Narrows North Trailhead we continued driving south down the Cottonwood Road until we reached The Paria Box Trailhead. It was pretty warm out this afternoon so we thought it would be nice to cool off on another short hike along the Paria River in sandals and shorts while also checking out The Paria Box.

Following the Paria River toward The Box. After not seeing any clouds in the sky all week so far, some finally started to show up during this hike. 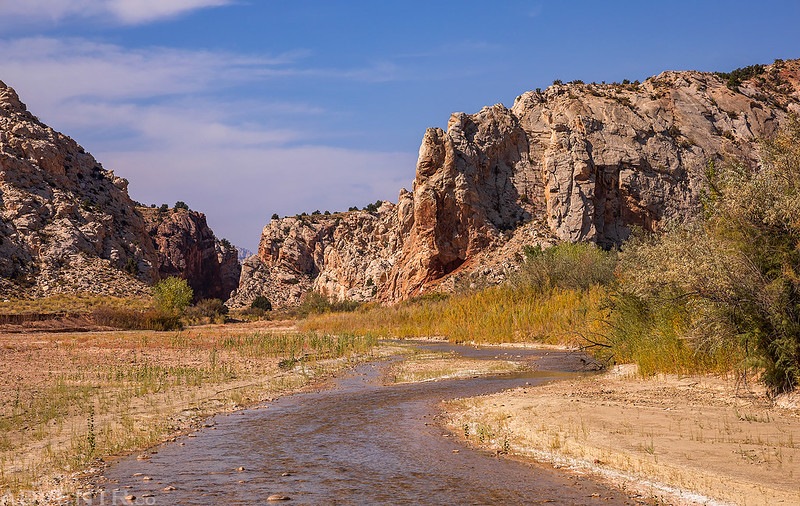 Entering The Box of the Paria River, which is where the river cuts a deep but short canyon through The Cockscomb. This short hike also happens to be part of the Hayduke Trail. 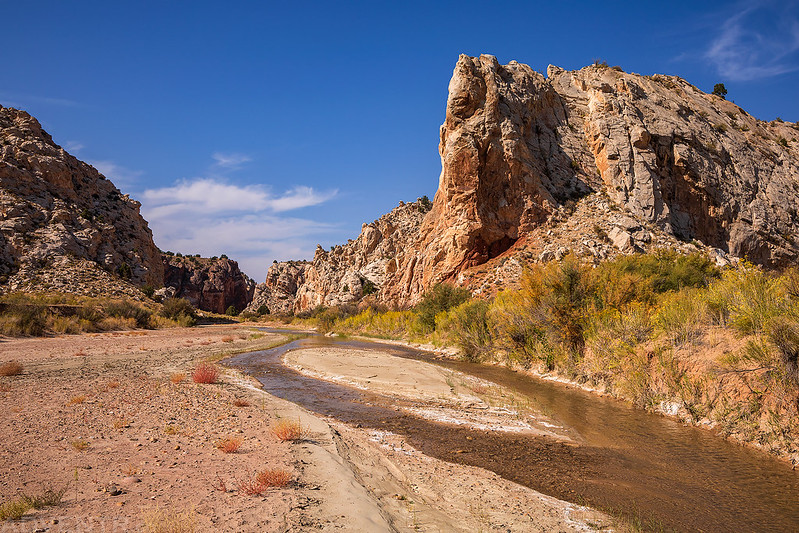 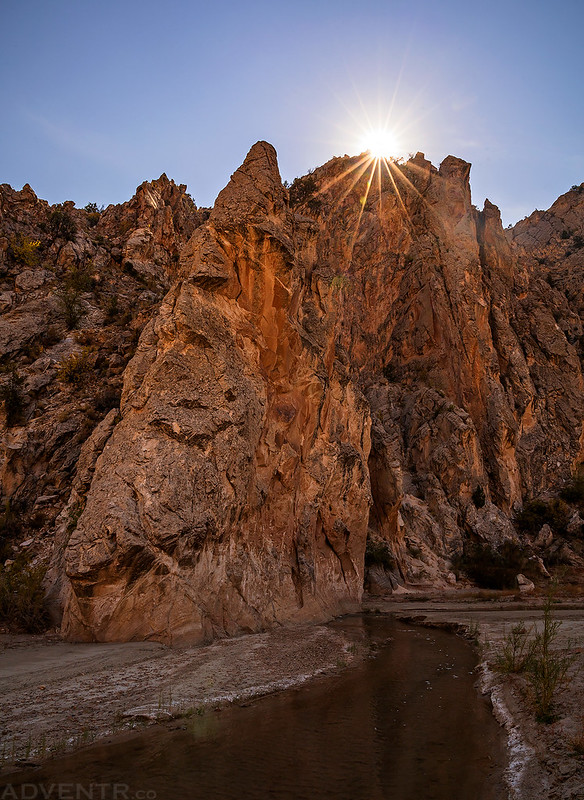 Interesting alcoves along the Paria River. 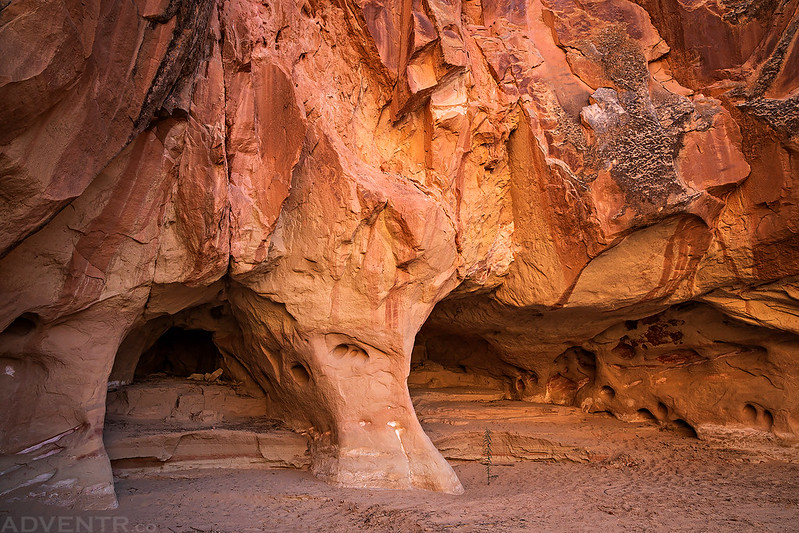 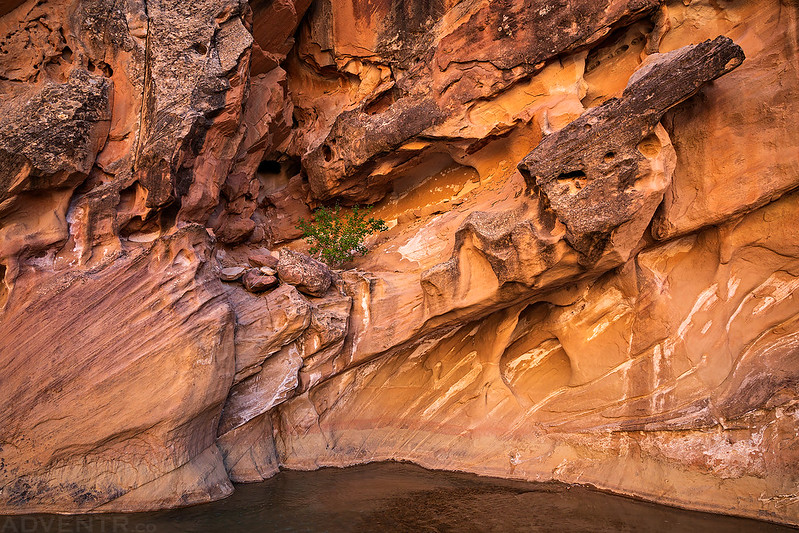 Jared hikes ahead of me as we approached the exit on the other side of The Box. 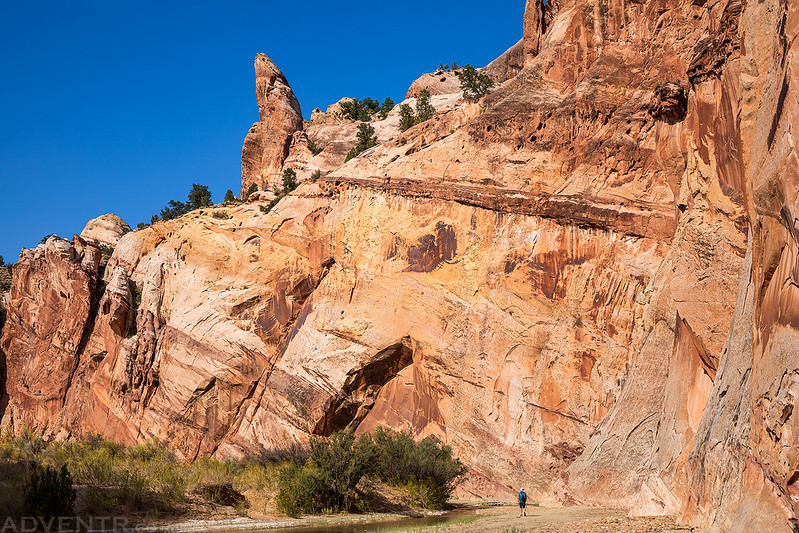 Here’s the view out the other side of The Box towards the old townsite of Paria as more clouds filled the sky to the west. 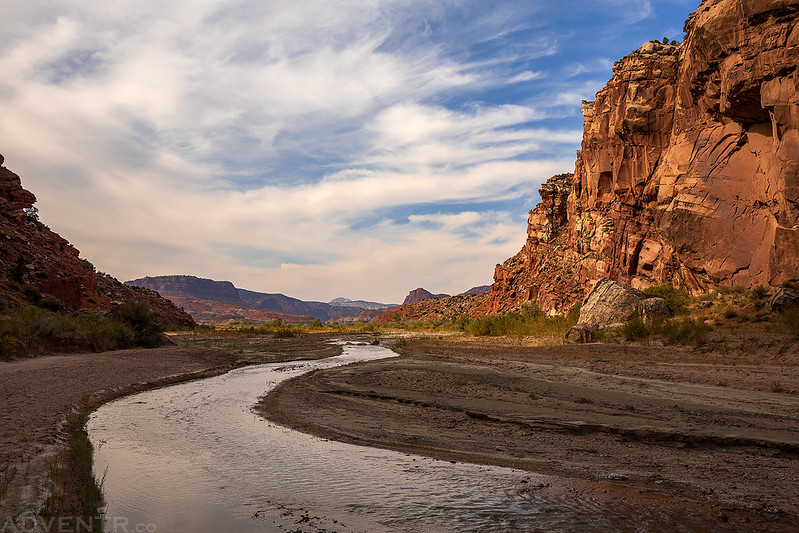 Then we returned the way we had come. 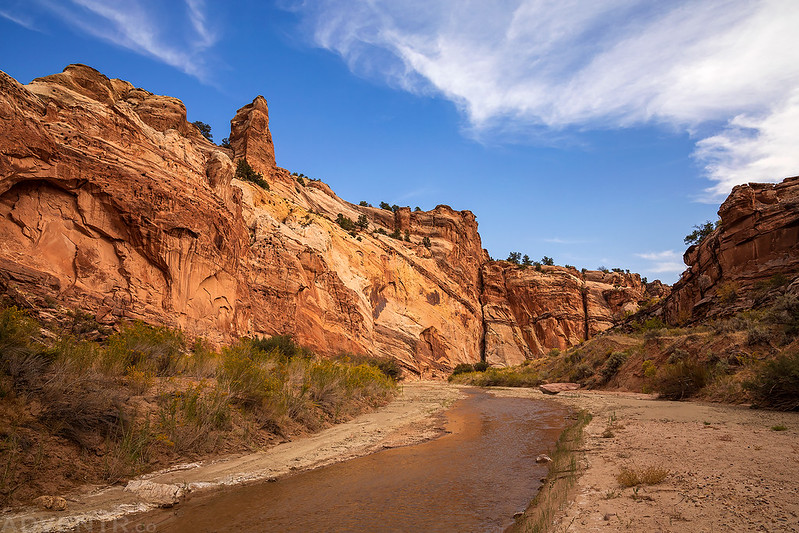 On our way back Jared spotted this strange structure on the canyon wall. I haven’t been able to find out anything about it, but I wonder if it was constructed for the filming of a movie since they used to film movies in this general area? 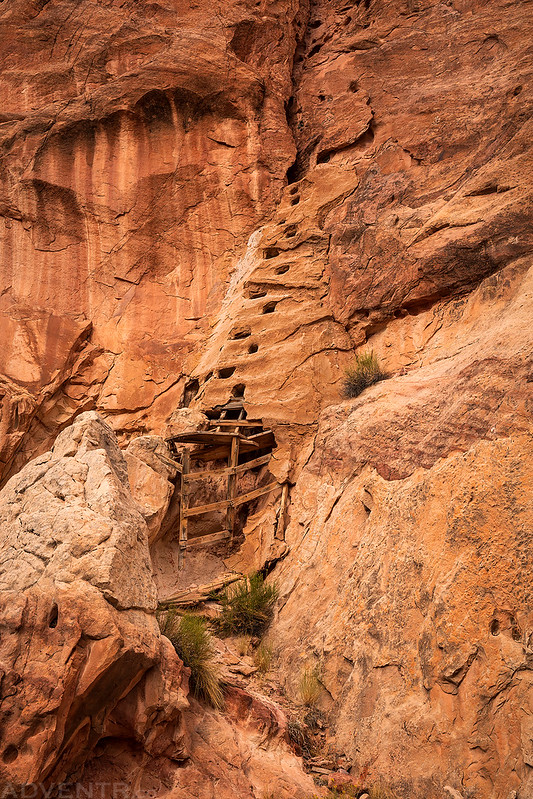 Hiking through the river did help us keep cool, along with the shade from the canyon and clouds. 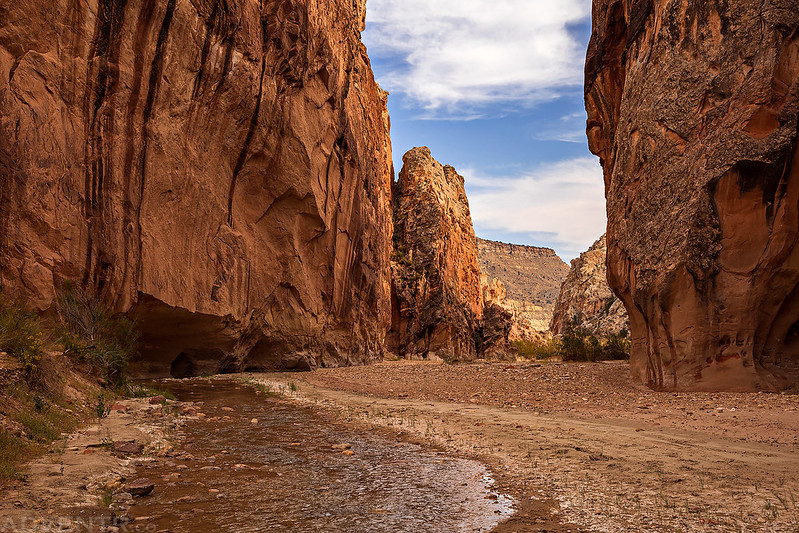 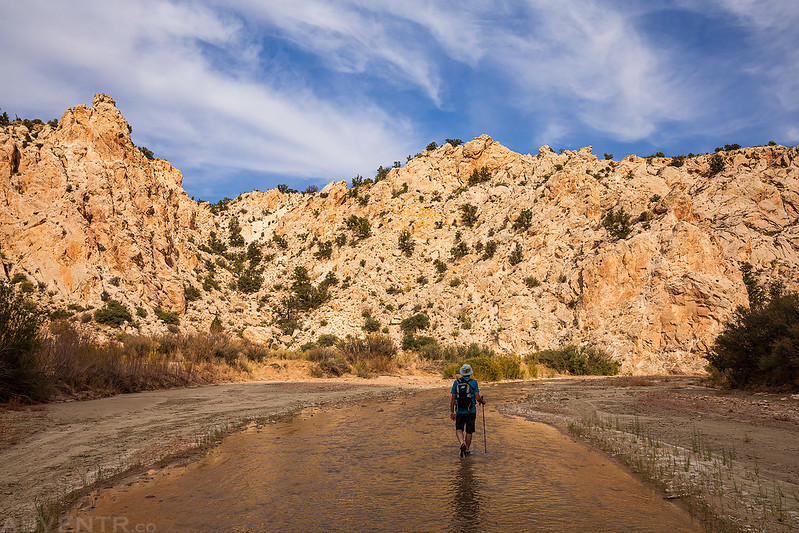 When we returned to the trailhead it was time to find a campsite for the night. We planned to camp near the Old Paria Townsite just on the other side of The Box, but in order to drive there we had to take the long way around. As we were driving on the highway, we decided to continue on to Kanab for dinner before returning to find a campsite. By the time we returned it was dark out, but we found a great site past the Old Paria Townsite at the very end of the road under a large cottonwood tree.