We left home later on Saturday morning and drove south over Red Mountain Pass, Molas Pass and Coal Bank Pass to the Purgatory Resort where we got off the highway and headed up through Hermosa Park to Bolam Pass. Lower along the road we had passed by a lot of occupied campsites, so I was surprised when we crossed over the pass and found an amazing campsite above Tin Cup Basin and the headwaters of the Dolores River with a spectacular view of the San Miguel Mountains that was empty! This would be a great place to view the comet after dark, so we staked our claim and quickly set up camp here. I was hoping we would be able to get a little hiking in along the Colorado Trail or to a nearby peak this afternoon, but the weather had other plans with thunderstorms, rain and graupel. So instead, we just napped and read in camp for much of the evening. It’s not something we do very much, but it’s nice to have a relaxing weekend every once in a while.

This was the amazing view of the San Miguel Mountains from our campsite. 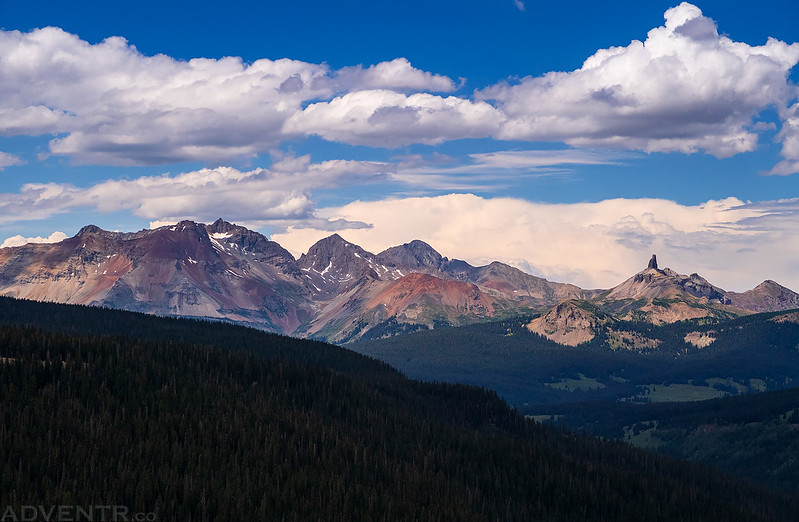 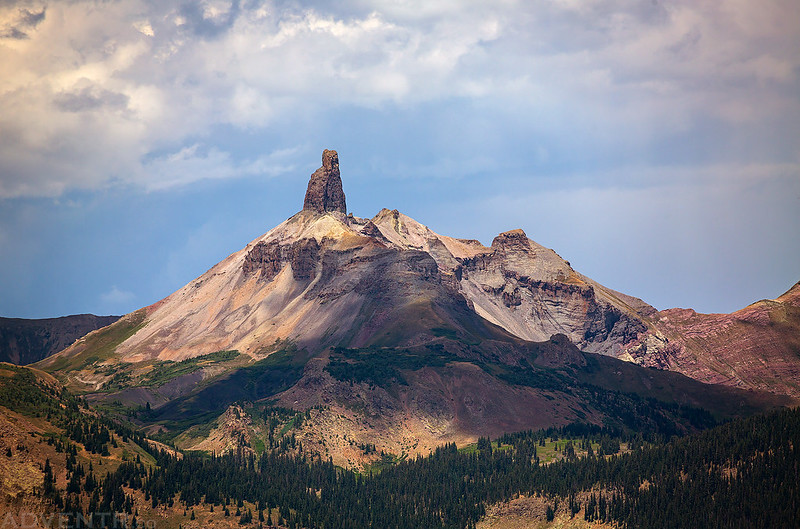 Mount Wilson (14,246) is the highest peak in the San Miguel Mountains and the second highest in all of the San Juans, after Uncompahgre Peak (14,309). 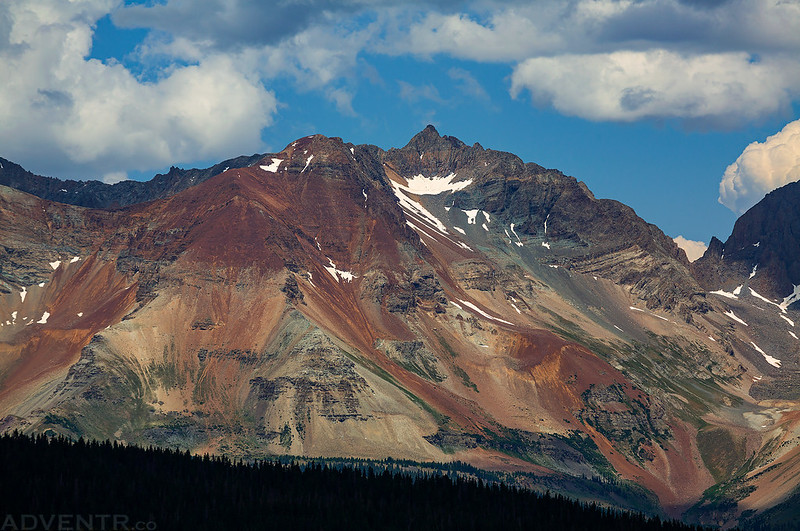 Nice light on Lake Point (13,506), which is the square knob to the left of the red-colored peak. 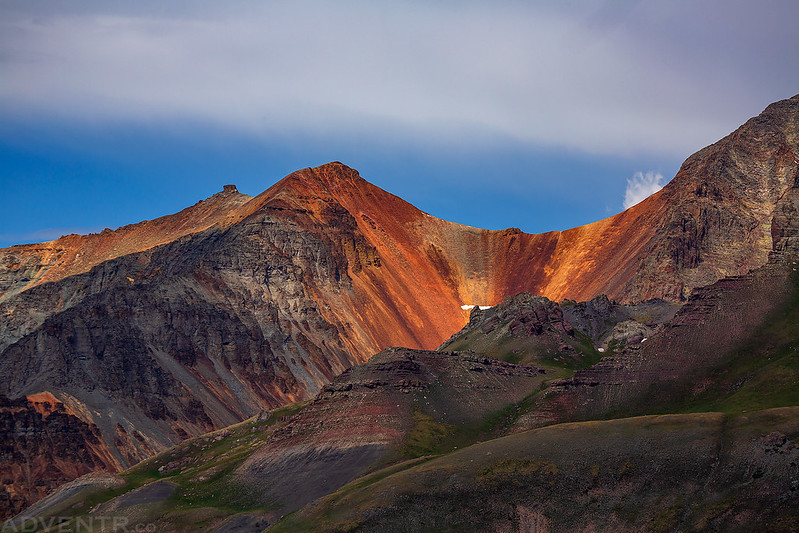 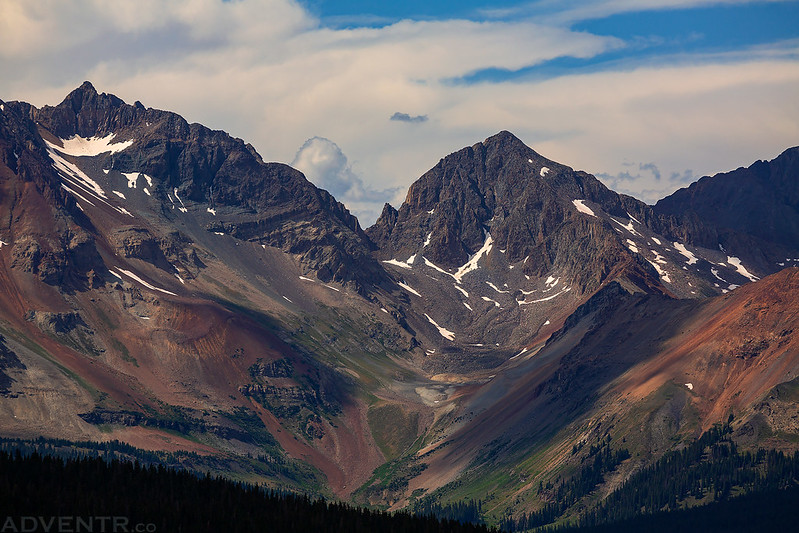 What else can I say? It was a pretty spectacular campsite! 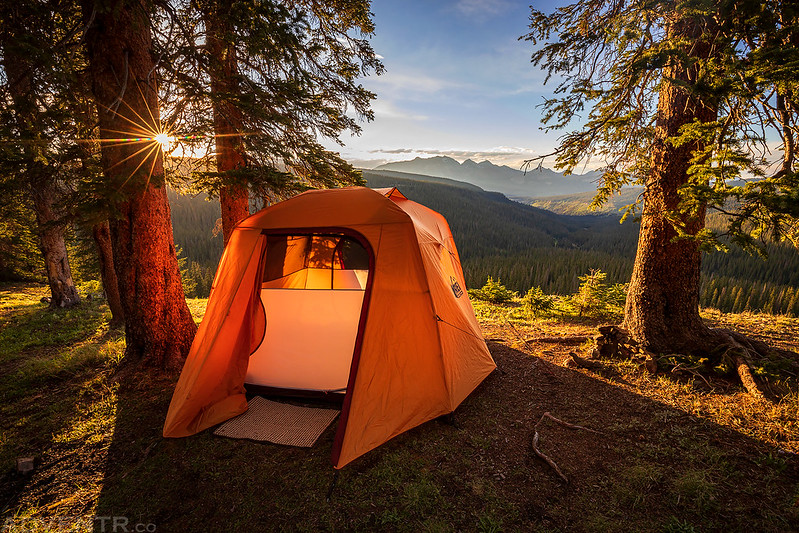 We stayed up late on Saturday night and finally got to see Comet NEOWISE. It was truly a sight to behold! We also saw plenty of shooting stars and the Milky Way was clear and bright from our campsite located at just over 11,300 feet. 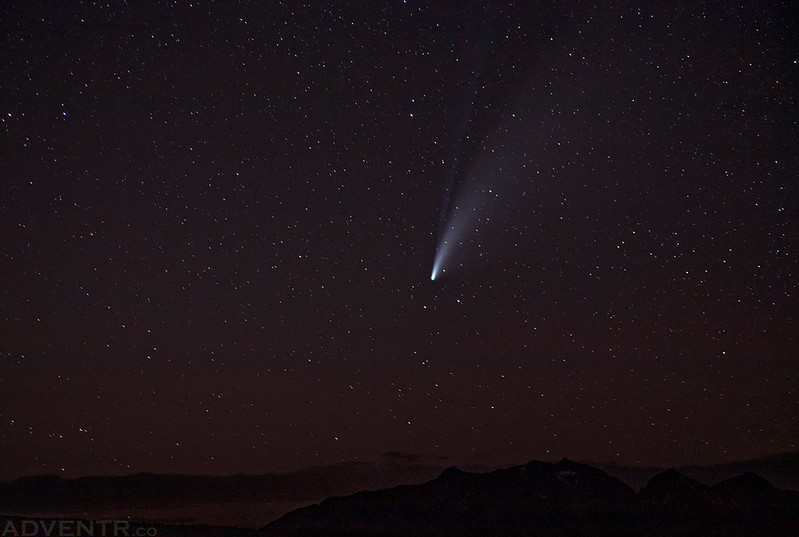 Here is a view of Comet NEOWISE taken with my 400mm lens. 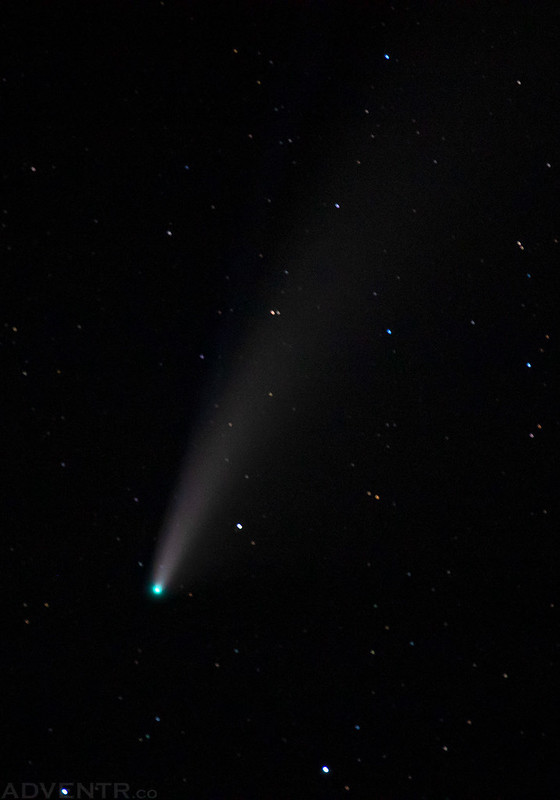 Although we stayed up much later than I am used to, I’m glad we did since this was a very nice and unique experience and I really don’t think we could have picked a better place to watch the comet from!

Even though it was a late night, I poked my head out of the tent before sunrise on Sunday morning and things look promising, so I put on my shoes and jacket and got out to take a few photos. Unfortunately, all the nice clouds I saw in the sky dissipated before the sun came up. 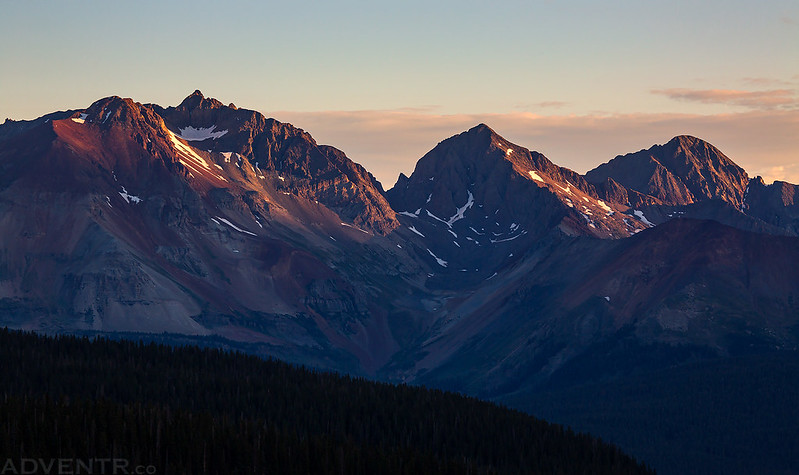 At least there was nice warm light on Mount Wilson. 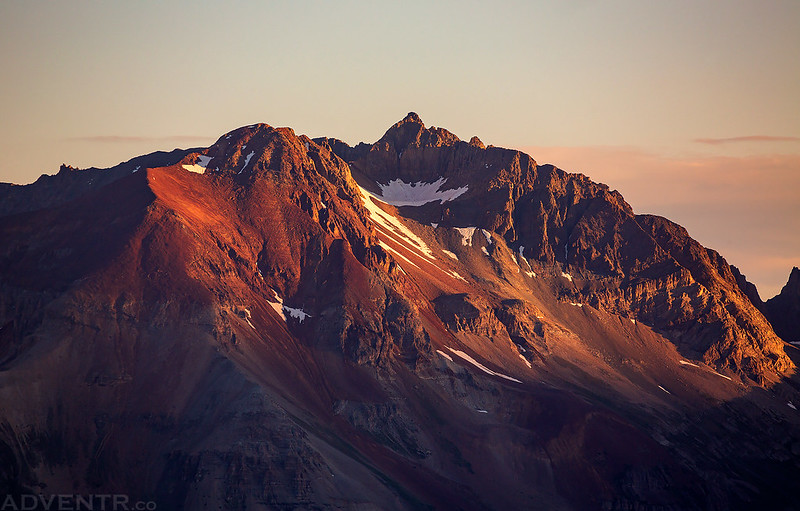 Crepuscular Rays above Sliderock Ridge shortly before the sun made an appearance. 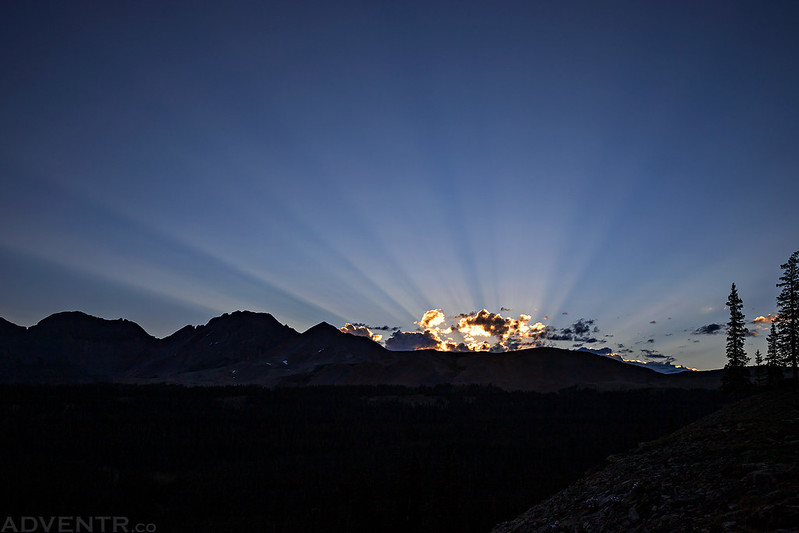 One last morning view of the San Miguel Mountains before we started packing up camp and headed out for a little hike along Segment 26 of the Colorado Trail. 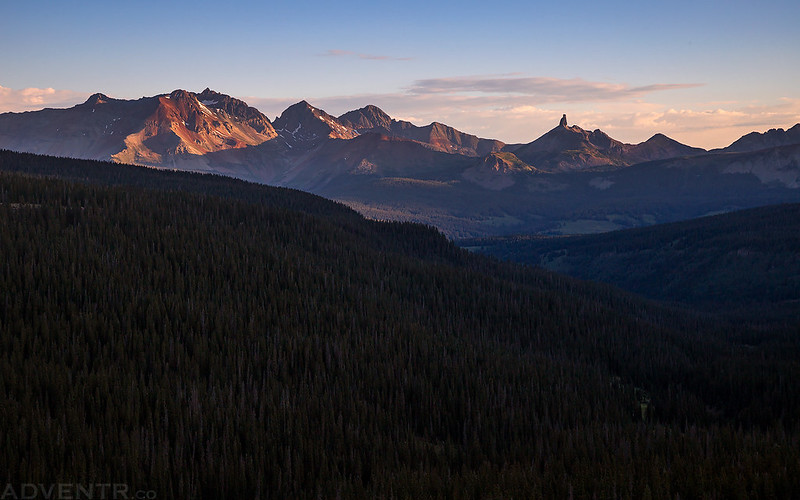 We drove over to the end of the road below Hermosa Peak and started following the Colorado Trail to the southwest. There were distant views of Lone Cone and Groundhog Mountain above the trees. 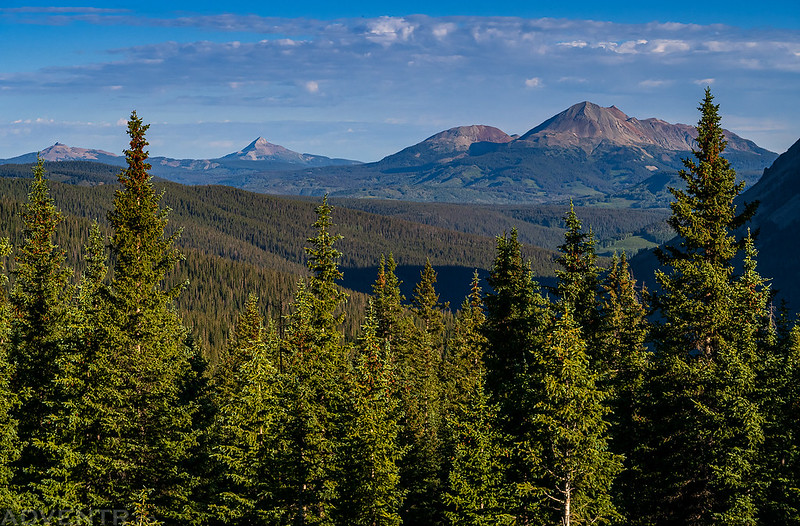 The La Plata Mountains were also visible to the south. 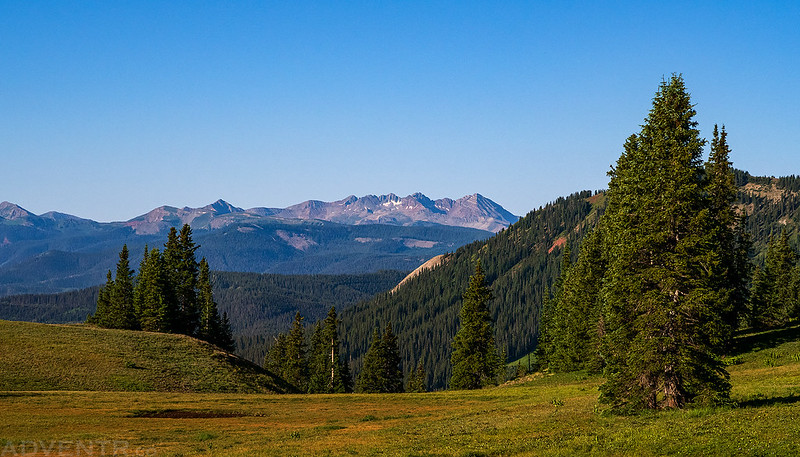 Since we were just going on a short and easy hike today, I stopped to take a few photos of wildflowers along the trail. 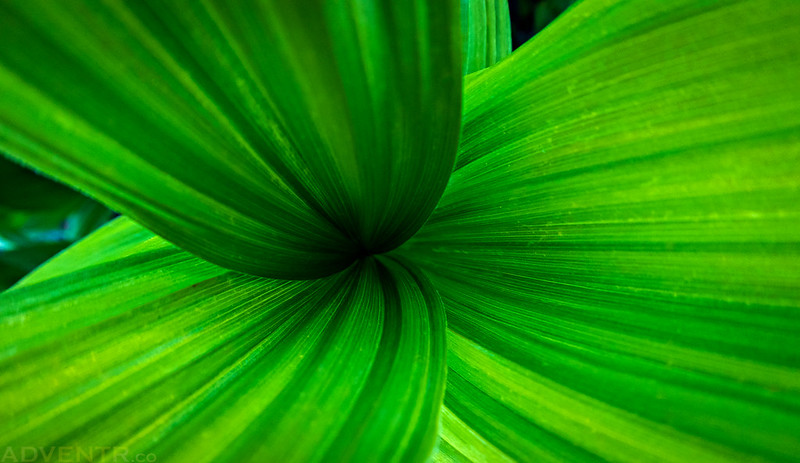 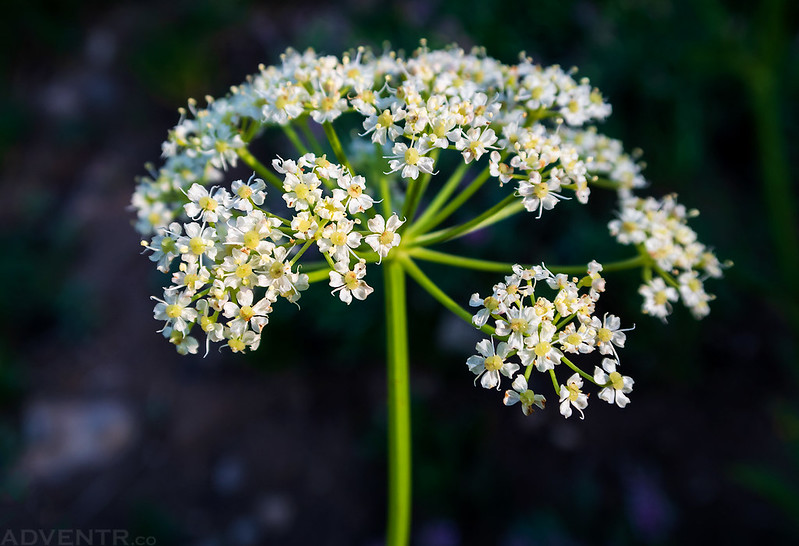 Colorado’s State Flower near the summit of Section Point. 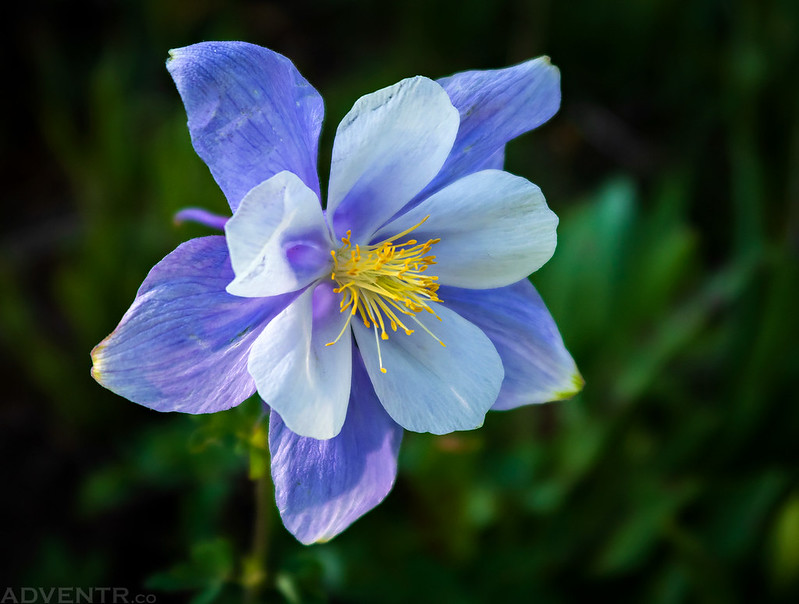 Near the top of the first little pass we climbed up to, we left the trail and followed the ridge to the summit of Section Point (11,940) where we had a great view of Blackhawk Mountain (12,681). 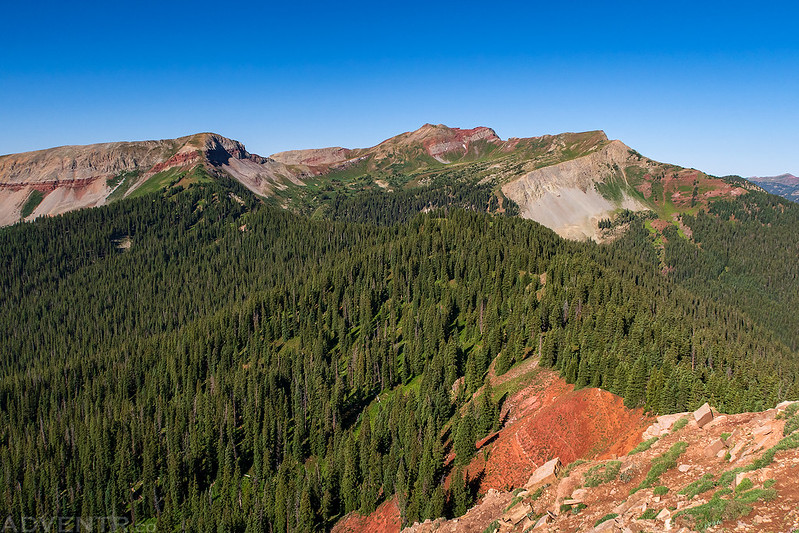 Then we returned to the Colorado Trail for a short distance before leaving again to visit R2. 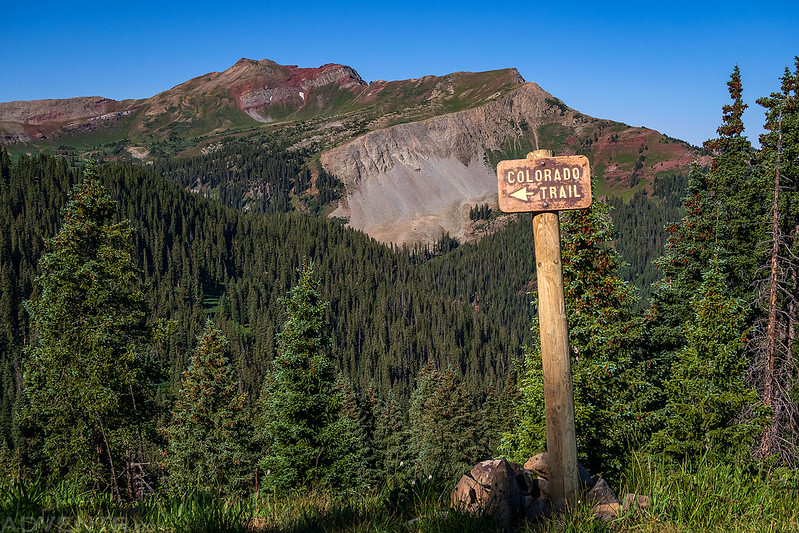 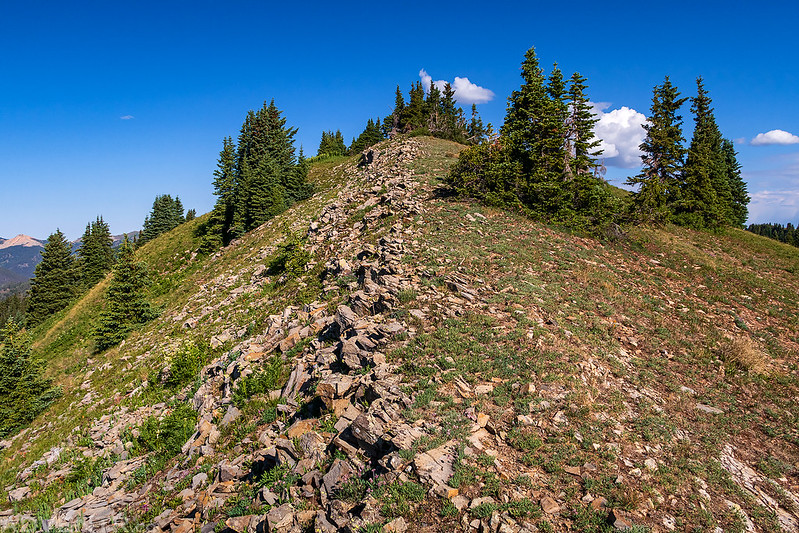 From here I had hoped to continue along the trail to Blackhawk Pass and then climb to the summit of Blackhawk Mountain before returning the way we had come, but I was moving slow and the clouds were already building, so I didn’t think I would have enough time to reach the summit before the weather moved in. I will have to return another time for that summit.

A view of the San Miguels from the trail. 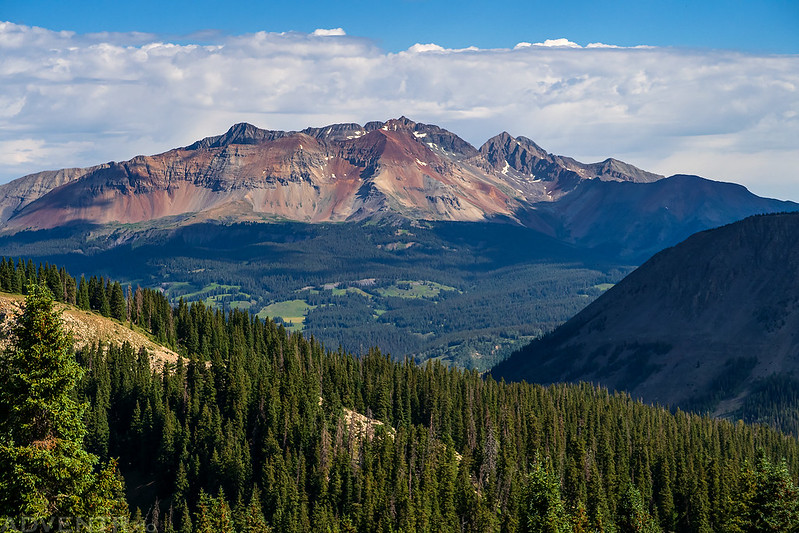 A distant view over Corral Creek during our hike back to the trailhead. 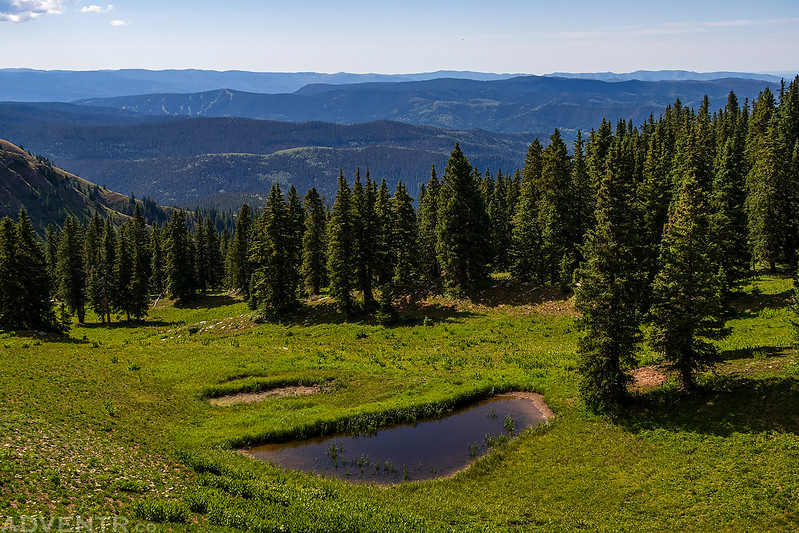 Looking the other way over Barlow Creek with Lizard head poking up above Flattop Mountain (12,098). 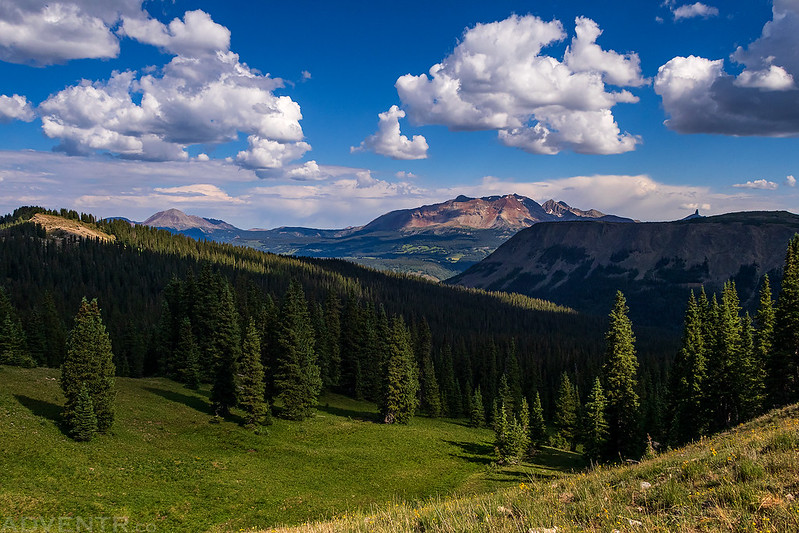 Richardsons Geranium in the shade right next to the trail. 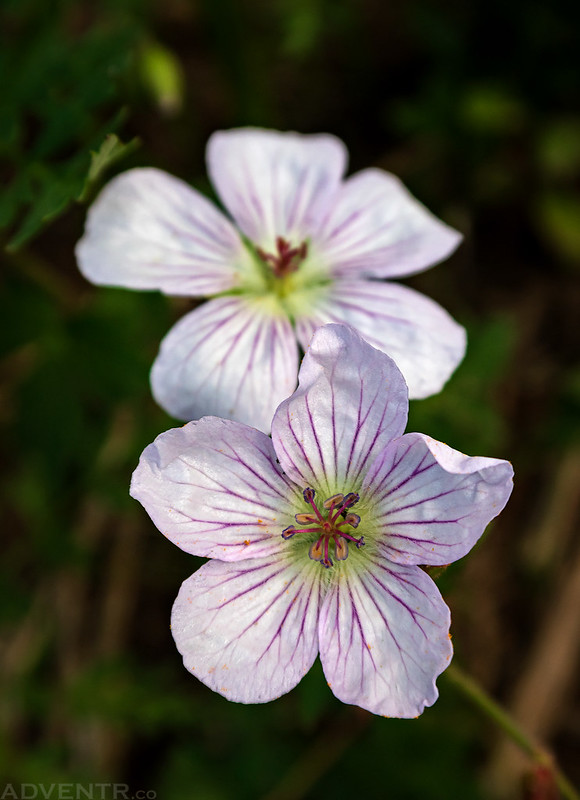 Clouds building above the Colorado Trail. 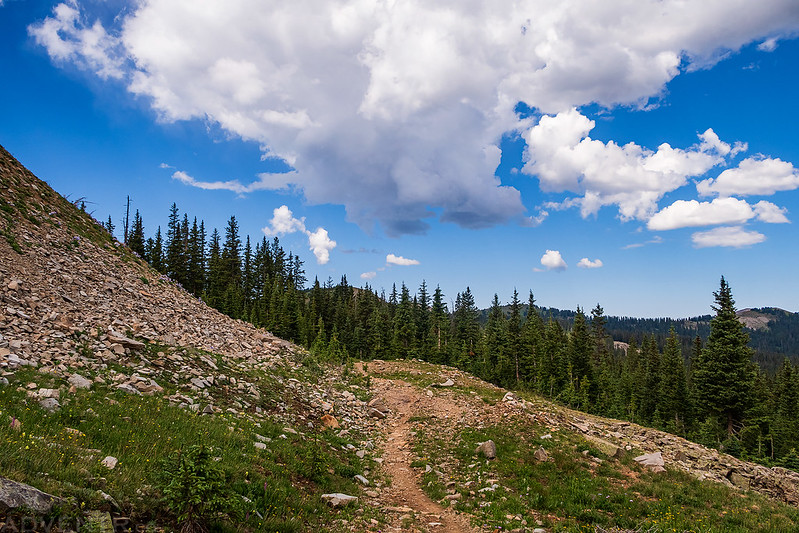 Darker clouds as we hiked next to Hermosa Peak. 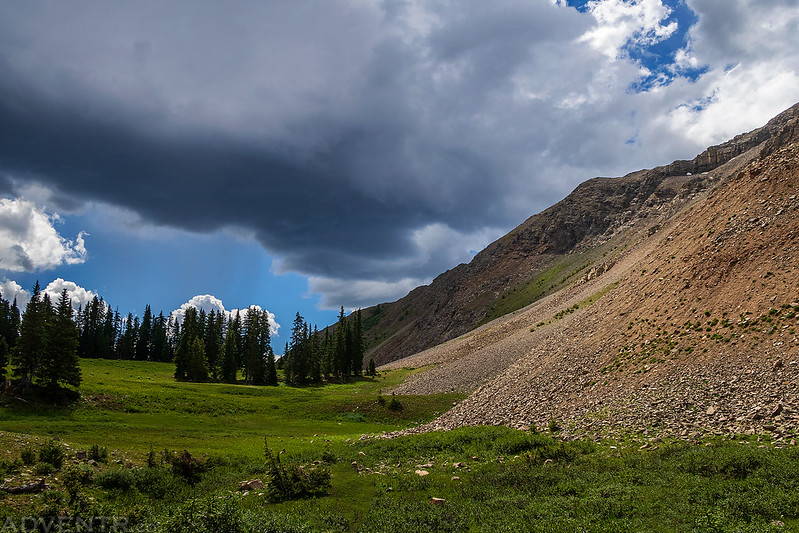 Underneath Hermosa Peak (12,579) right before we reached the trailhead again. 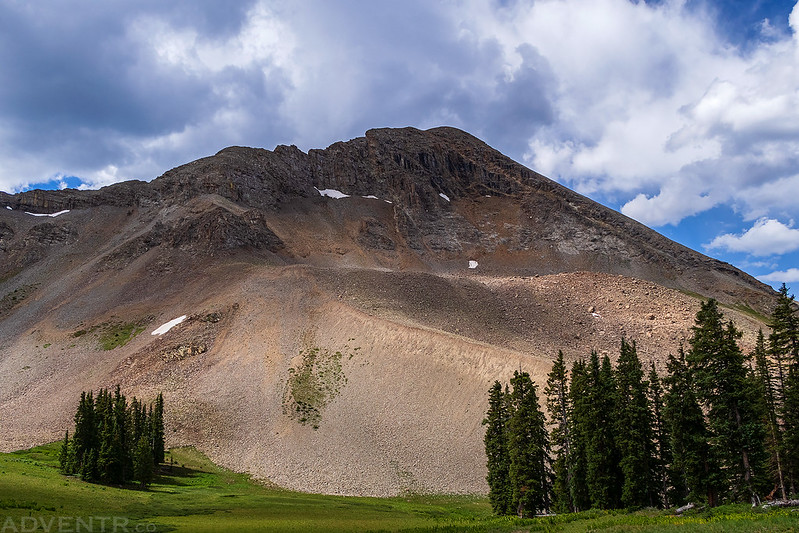 Shortly after reaching the trailhead there were some rumbles of thunder, so I think we made the right call to turn around when we did. Instead of driving home the way we had come the day before, we headed west down Barlow Creek from Bolam Pass and returned to the San Juan Skyway near Rico. Then we headed back home past Telluride and over the Dallas Divide. It was a nice relaxing way to cool off in the San Juan Mountains, and we saw an awesome comet, too!