I left right from work on Friday afternoon, grabbed a quick dinner in Fruita and then continued west into Utah. As I left the main road that goes off to Goblin Valley State Park and followed South Temple Wash towards the campsite, I was amazed at just how many trailers and RVs were camped along here this weekend! I’ve never seen so many in one place, it was absolutely crazy! I arrived about an hour before sunset and then hung out with everyone that was there until almost midnight. It was nice meeting everyone and I had a good time around the campfire. 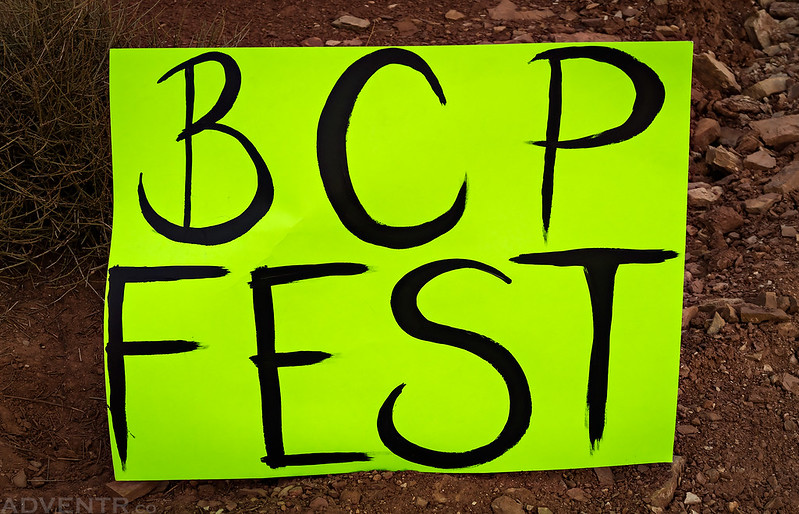 Hanging out around the campfire on Friday evening. This was just a small part of the group that was there. 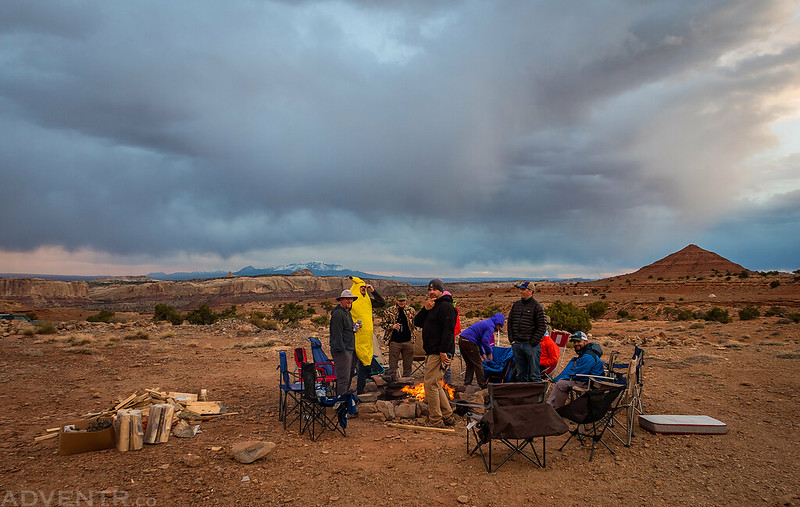 This banana walks into camp… 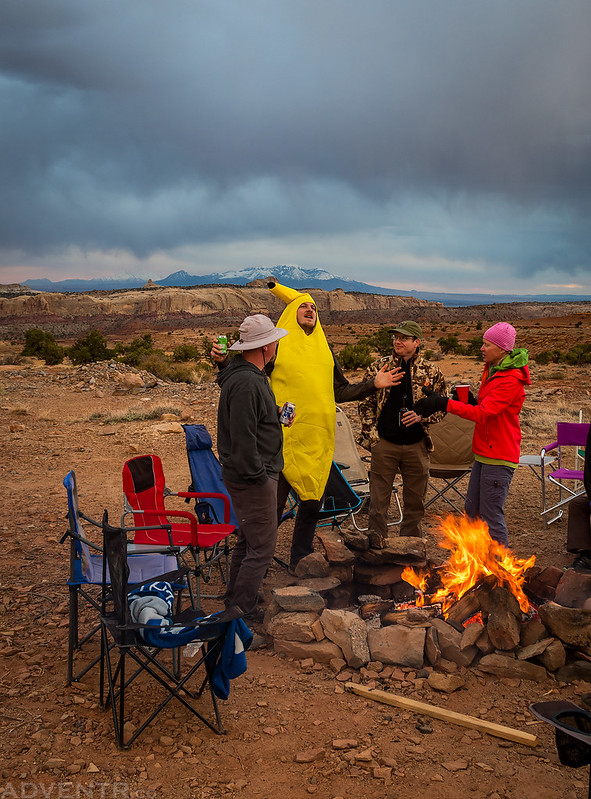 The was a brief touch of magenta in the sky over Temple Mountain after sunset. 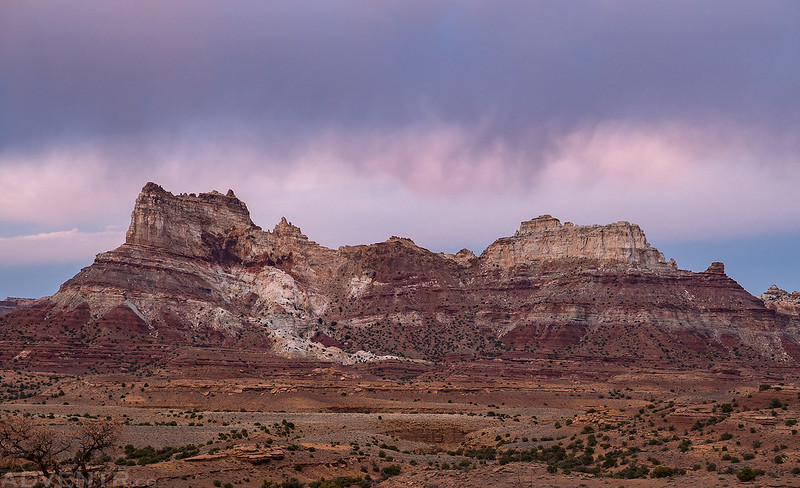 After staying up late (although not near as late as some people) on Friday, this was my view when I woke up on Saturday morning. 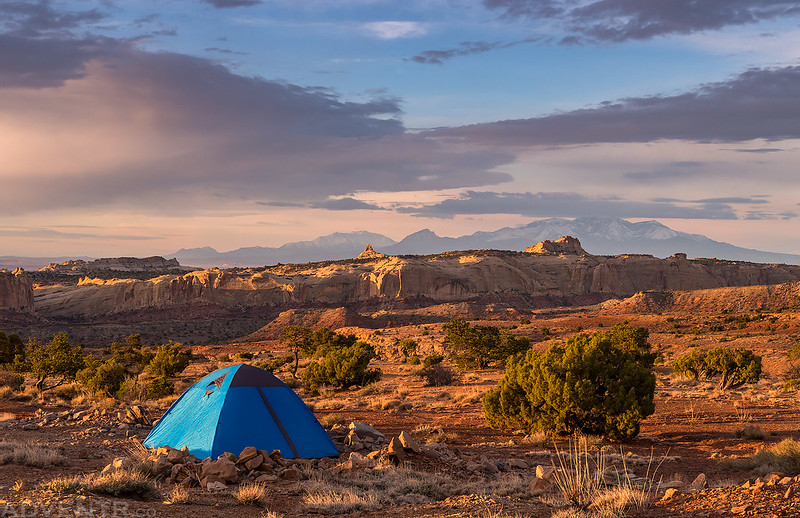 I took a short walk around the campsite waiting for the others to get up. 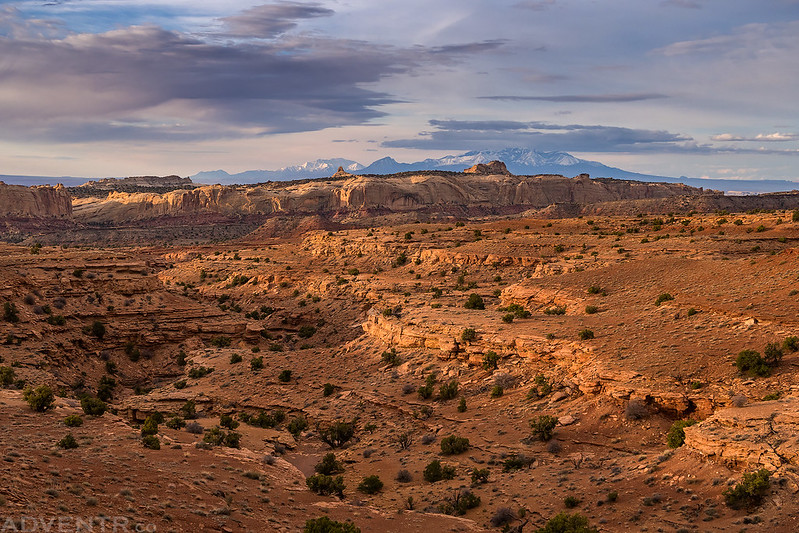 We were camped just below Flat Top. 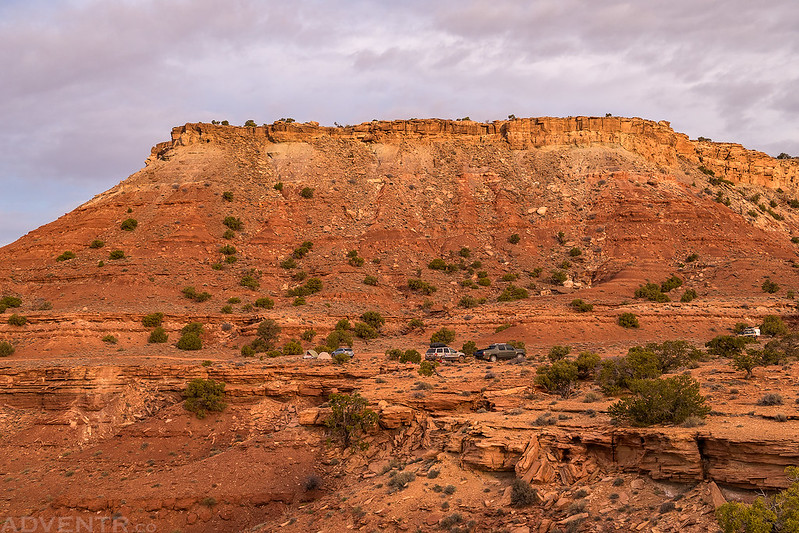 After say goodbye and heading out to do my own hiking for the day, I drove by Wild Horse Butte and stopped for a photo since the clouds looked nice. 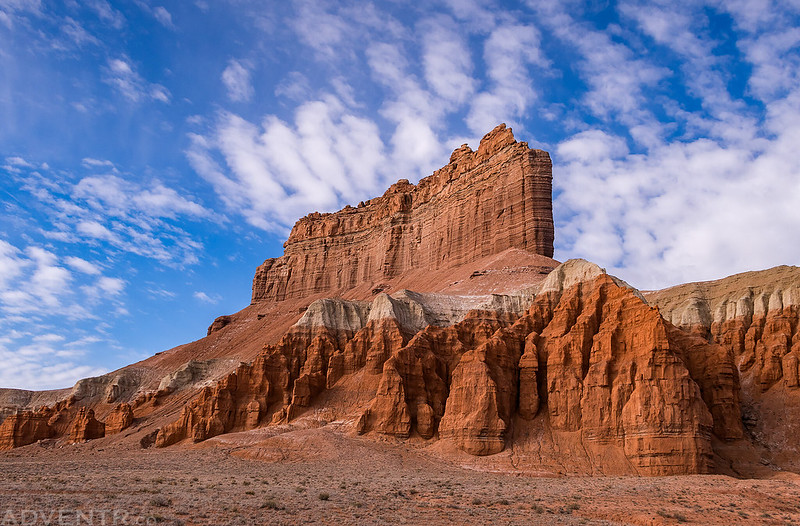 Then I went hiking up a wash in search of a red pictograph that Dennis had told me about the previous night. 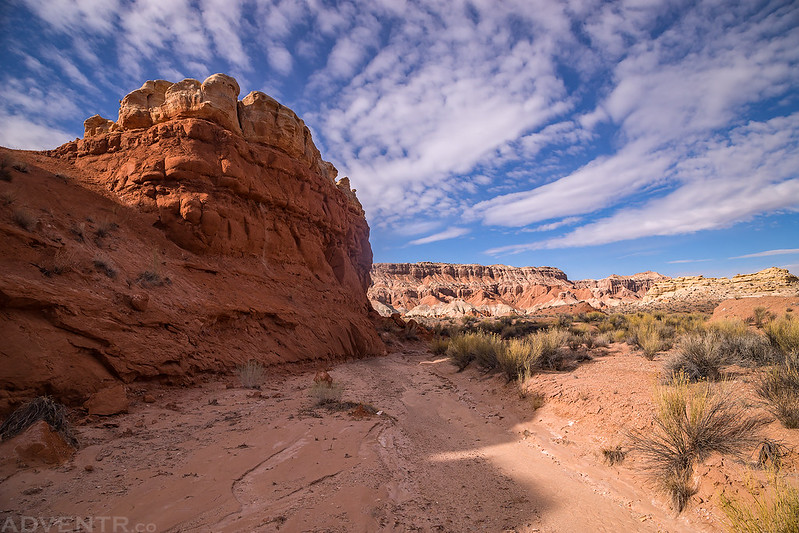 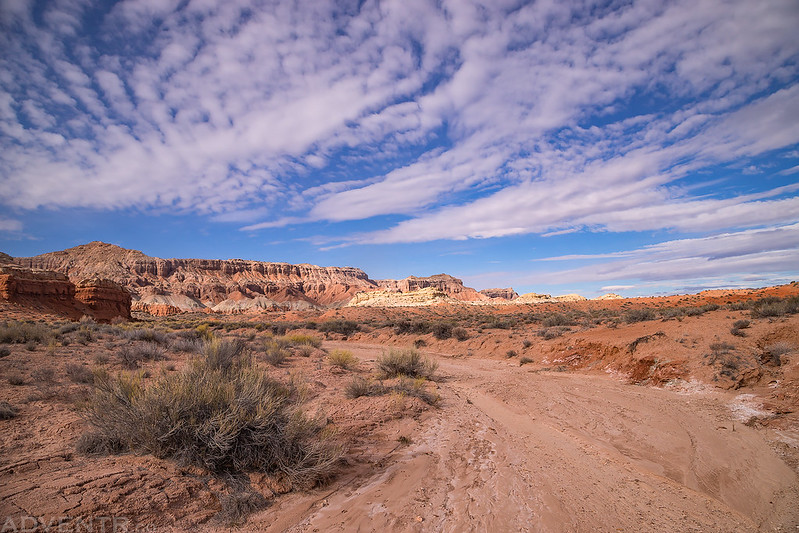 The big red Fremont pictograph I was looking for! 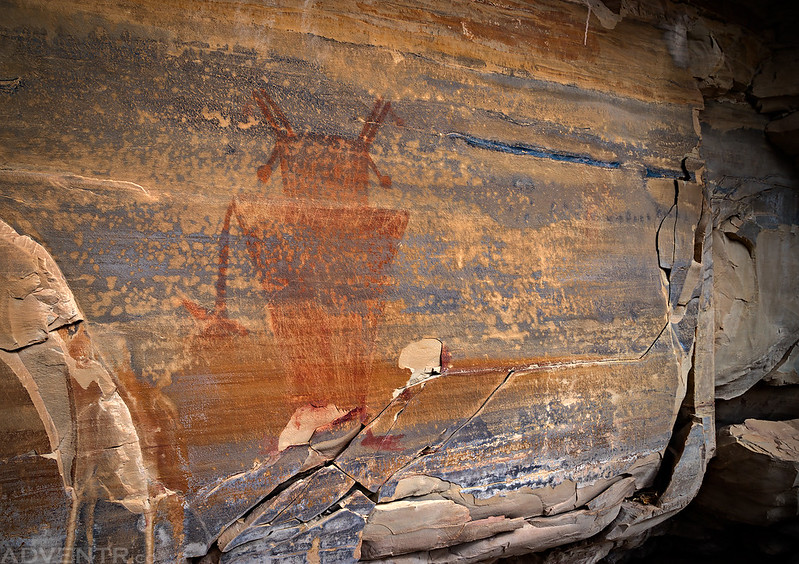 Next I headed further north so I could hike up the San Rafael Reef to visit Hurst Bridge, but along the way I made a short detour to check out this oil derrick that was built out of an old vehicle. 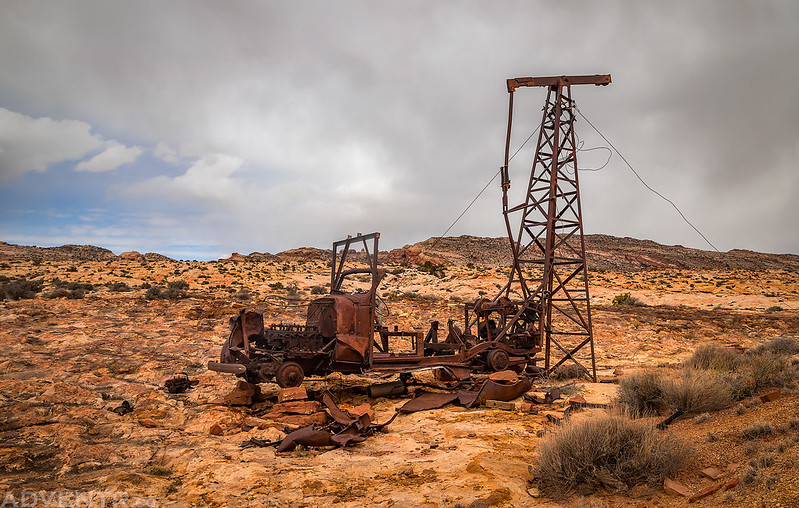 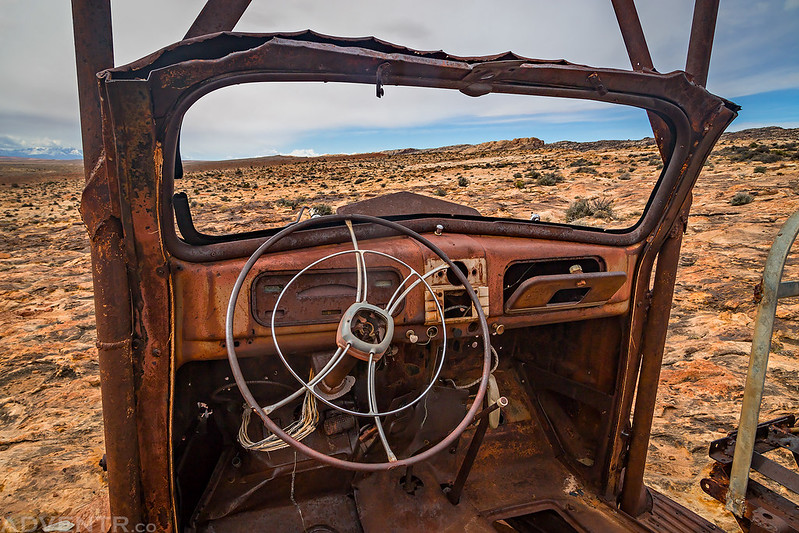 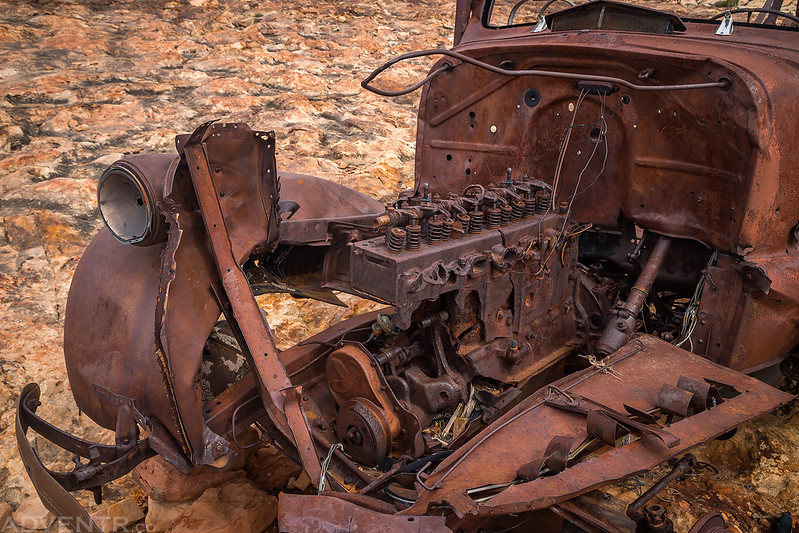 Next I started hiking up Ernie Canyon on my way to the natural bridge. 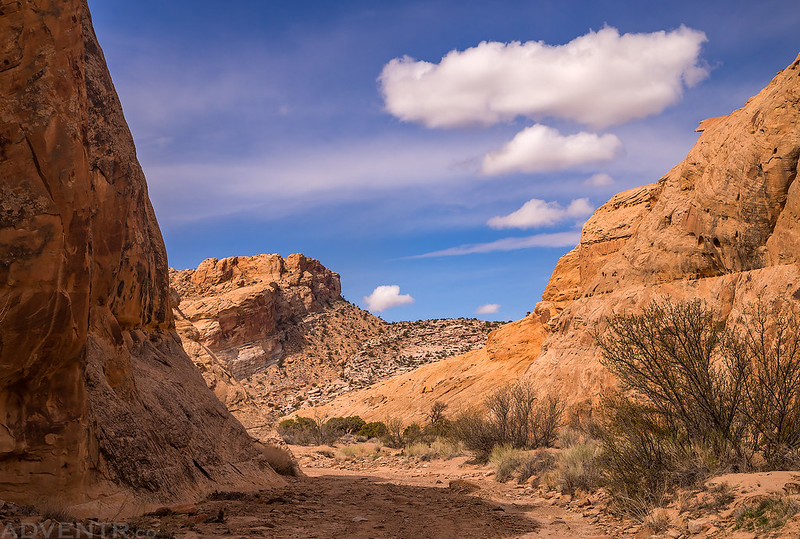 There were nice clouds in the sky as I started climbing up the Reef. As I was climbing up this part of the Reef I realized that this was the warmest day that I have been hiking so far this year and that my body needs to get used to hiking in the heat again! 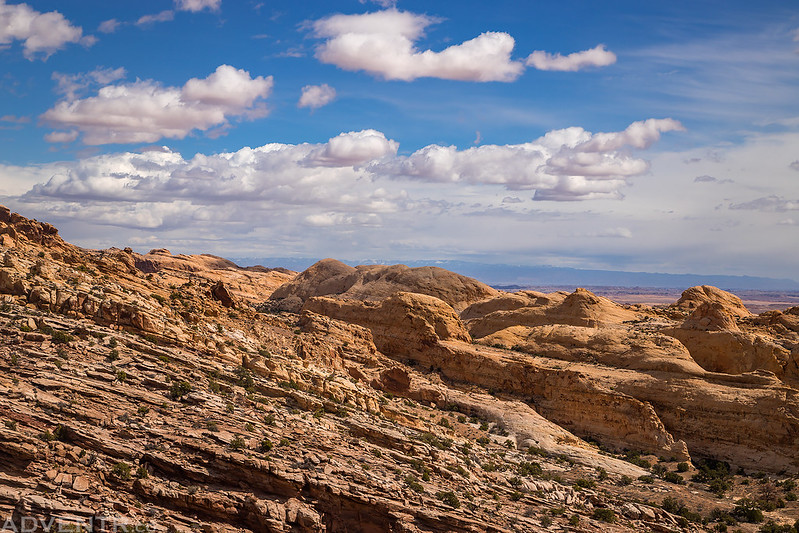 There was a pretty nice view into Ernie Canyon from where I walked over to the edge. 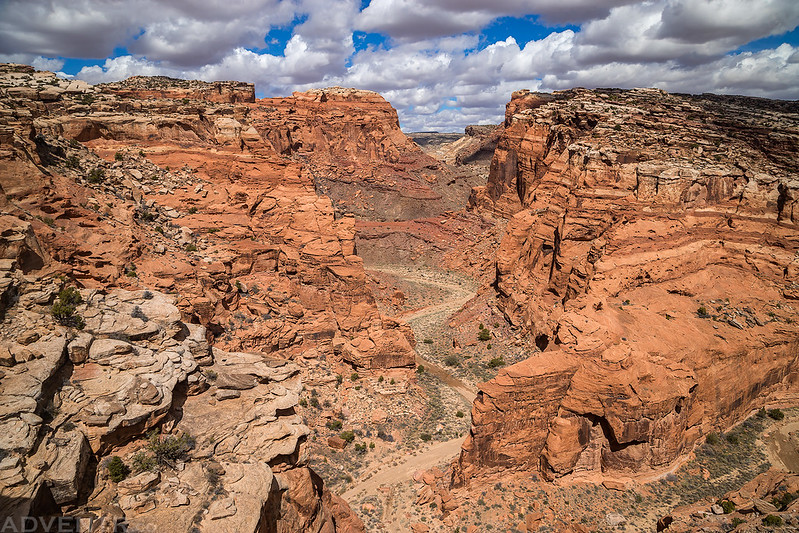 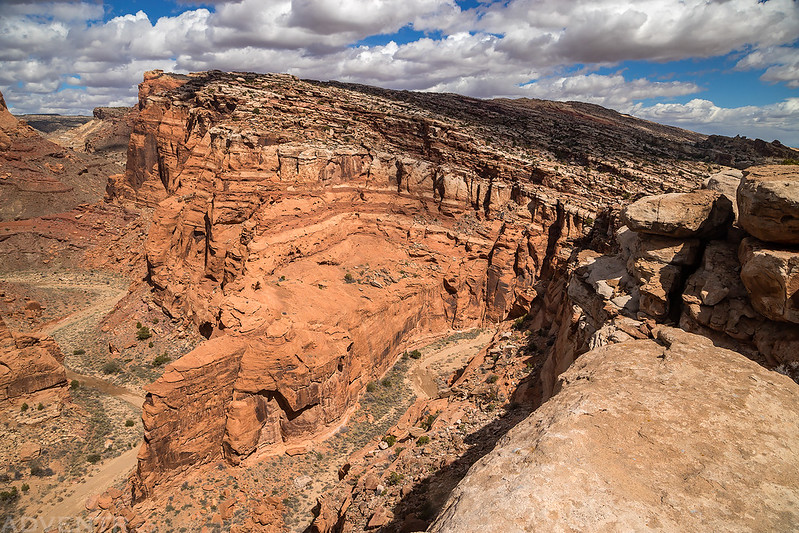 Climbing higher up the Reef and further away from Ernie Canyon as I went arch hunting. 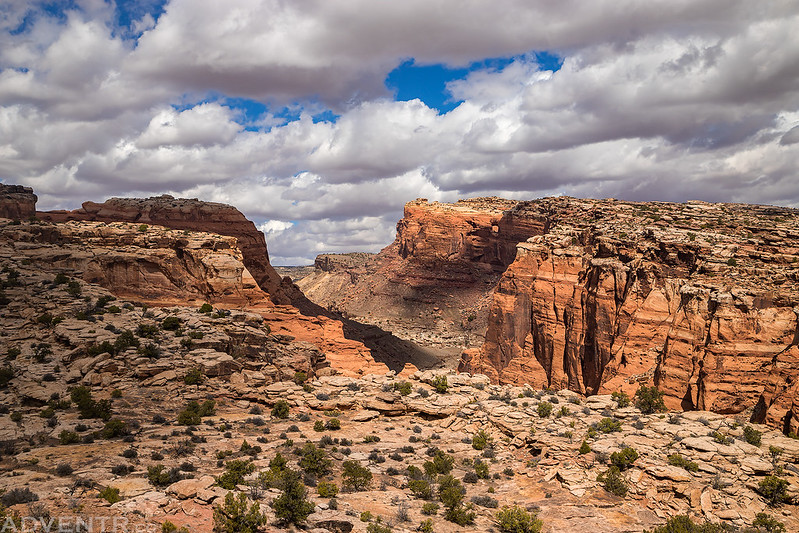 First I came across Bent Arch from the top. 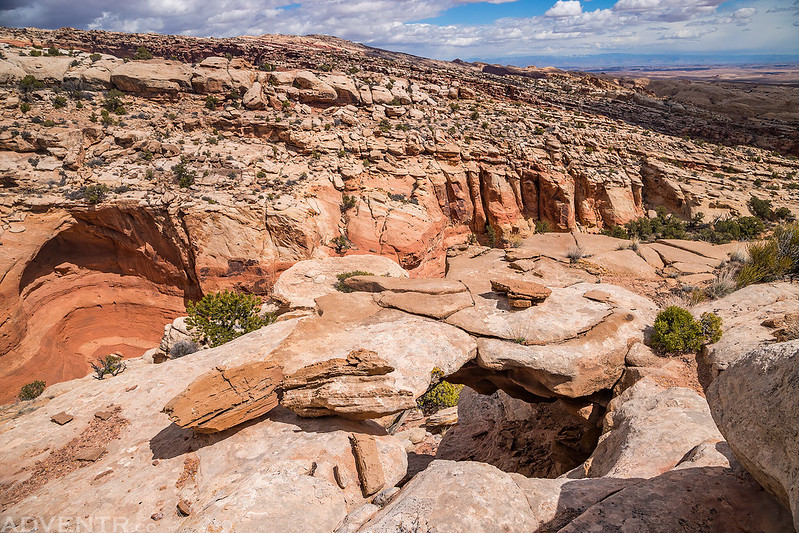 Then I climbed down below the arch for this view. 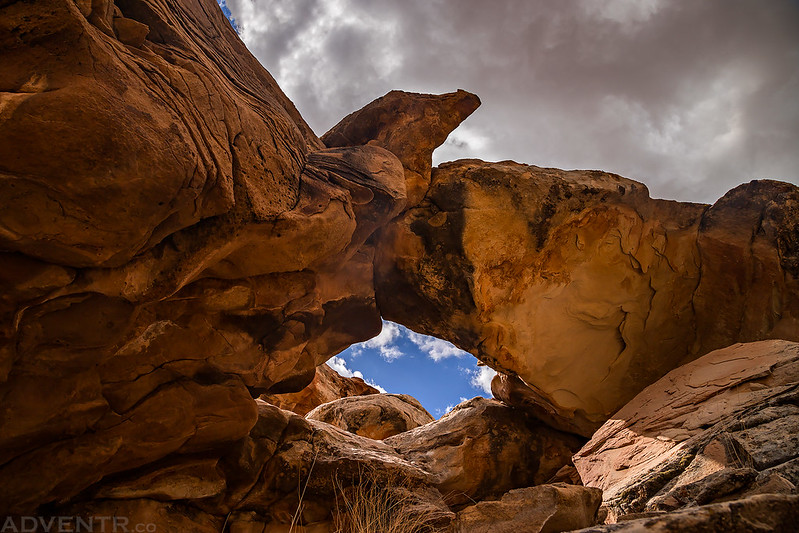 After hiking across more slickrock I finally had my first view of Hurst Bridge. It was more impressive than I expected it to be! 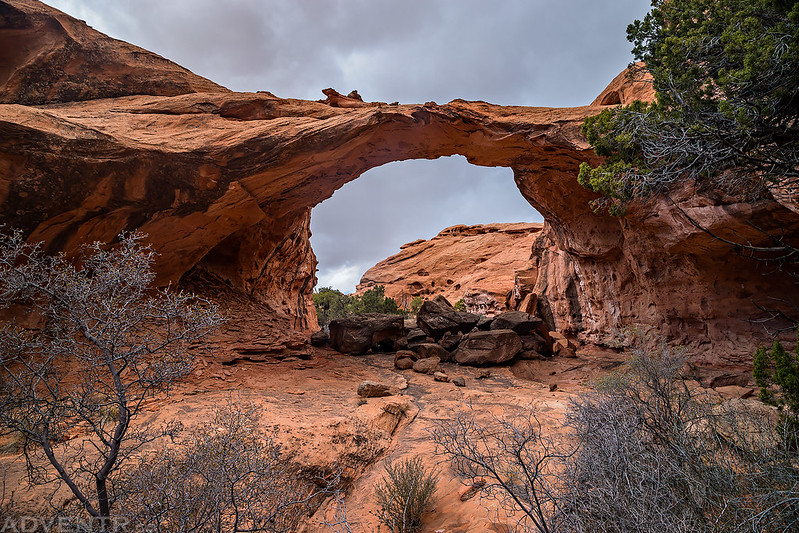 Here’s a view from underneath Hurst Bridge. While I was resting under the arch it started to rain a little bit, but it didn’t last very long. 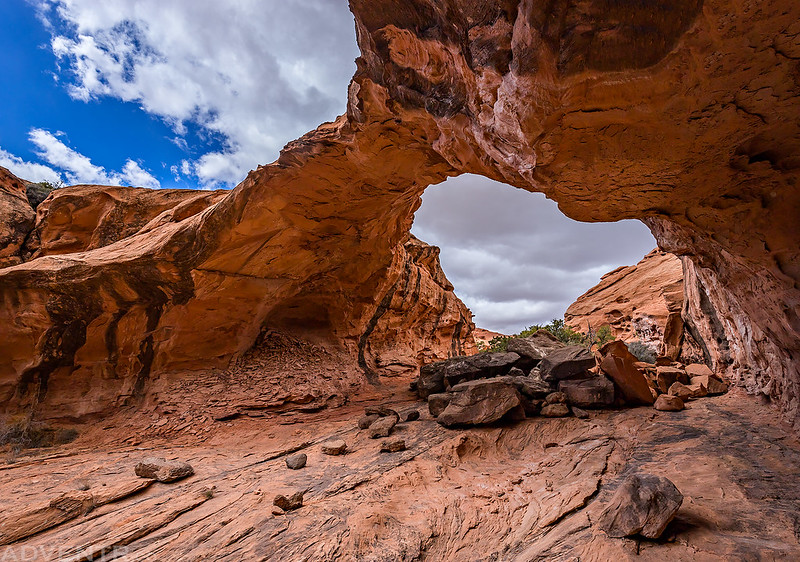 Hiking through the narrow canyon below Hurst Bridge on my way back down to the trailhead. 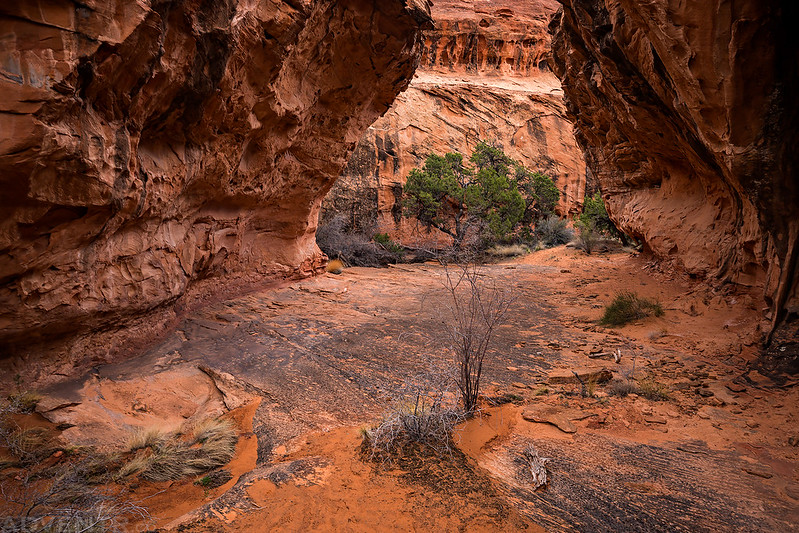 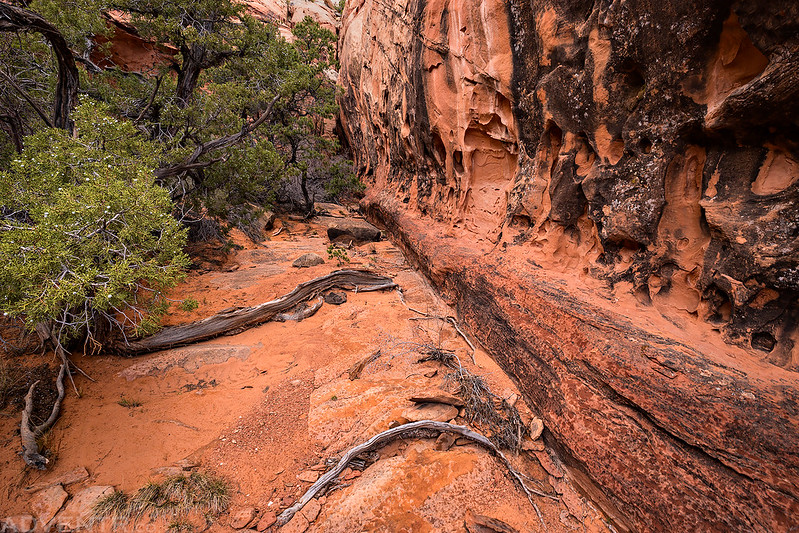 During the last mile of the hike back to the trailhead it started to rain pretty good and I got soaked! The temperature out was still very nice so it felt good and I didn’t bother to put on any rain gear. I’ve missed the smell of rain in the desert!

>> Roaming on The Reef Photo Gallery