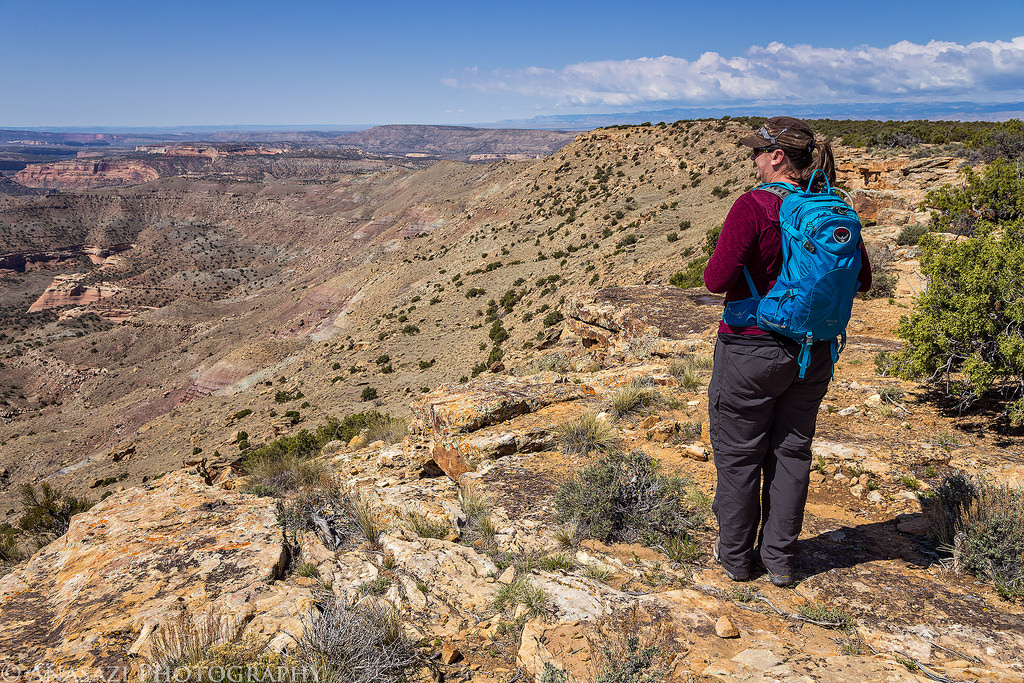 This morning I decided to sleep in a little later since I was up early on Saturday morning to photograph the sunrise at the Colorado National Monument. After breakfast, Diane and I drove over to Rabbit Valley near the state line for an afternoon hike on the Rabbit’s Ear Trail. This is a nice trail that climbs to the top of Rabbit’s Ear Mesa and then loops around the rim with expansive views over Ruby Canyon of the Colorado River and the rest of the McInnis Canyons National Conservation Area. Since we were out hiking under harsh mid-afternoon light I didn’t take many photos, but I will definitely be returning in the future to make some better images from this location. Here are a couple of snapshots from our hike…

After hiking along the initial ridge from the trailhead towards Rabbit’s Ear Mesa you enter this short slot in the rock to gain the next ridge. 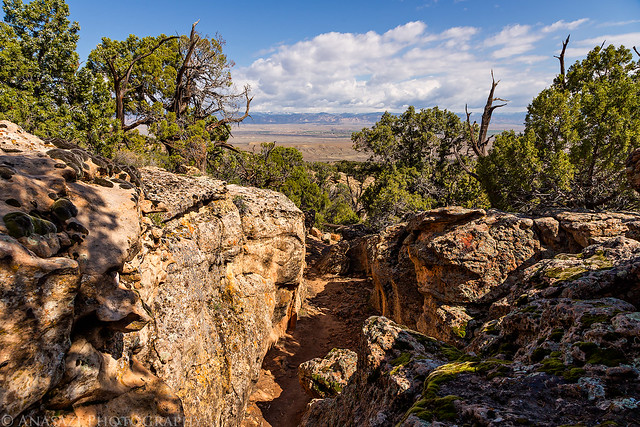 A very nice view from the Rabbit’s Ear Mesa, just not in the middle of the day. 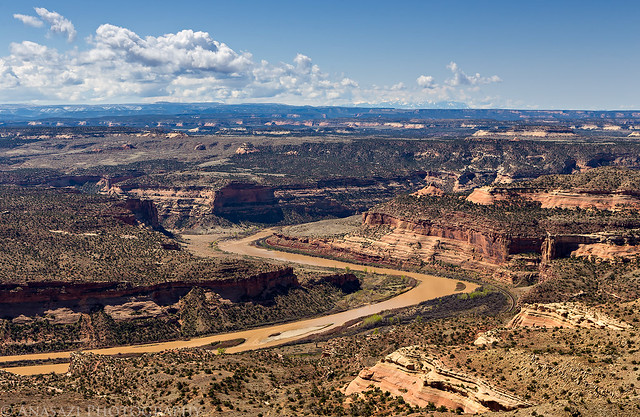 Diane stops to check out the view as we hike along the rim of the mesa. 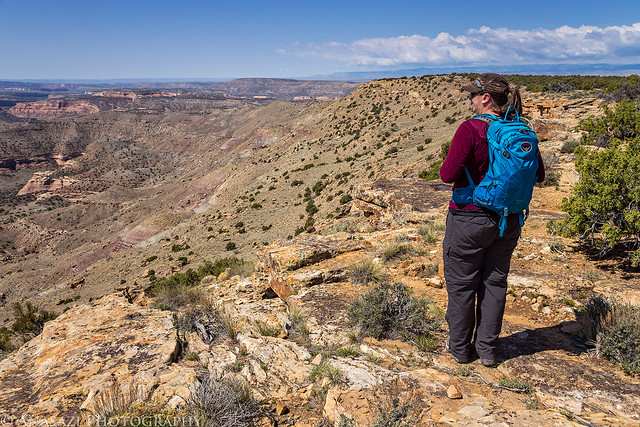 Starting the descent down the other side of the mesa. Some nice clouds had finally started moving into the area as we were hiking back. 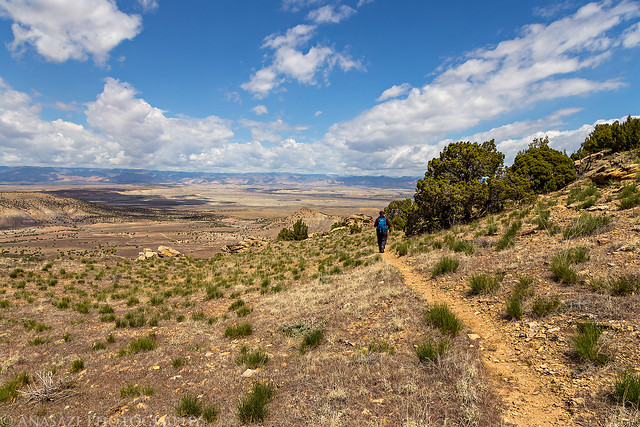 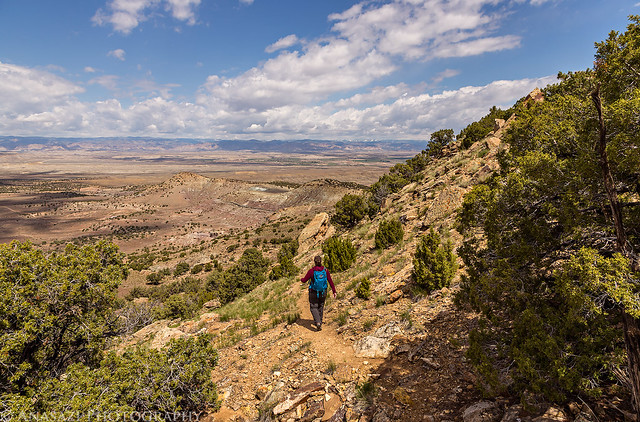 Entering the slot on the way back. 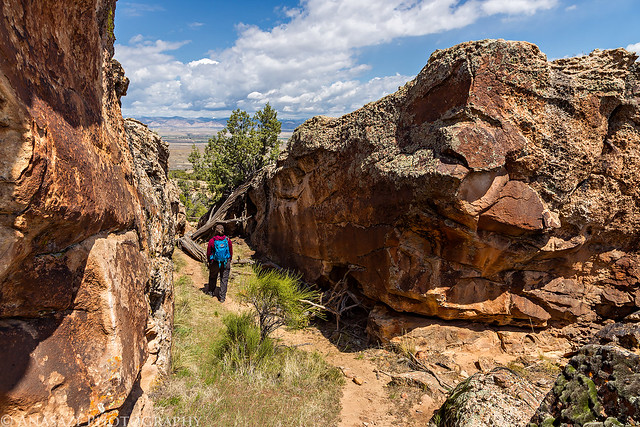 Following the ridge back to the trailhead. 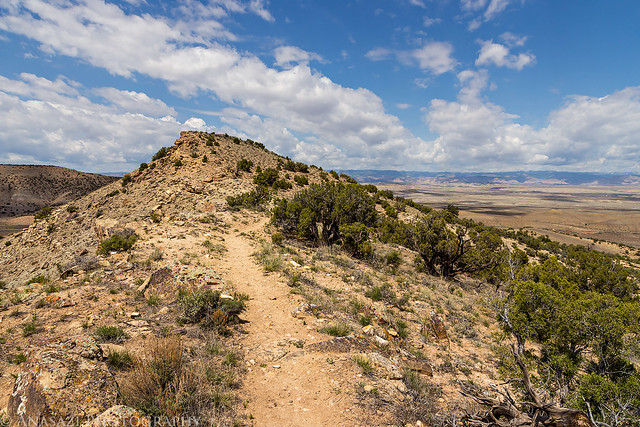 I have included the Google Map below with my GPS track from the hike. The total mileage of the loop was about 6.3 miles and there was around 700 feet of elevation gain to the top of the mesa from the trailhead.