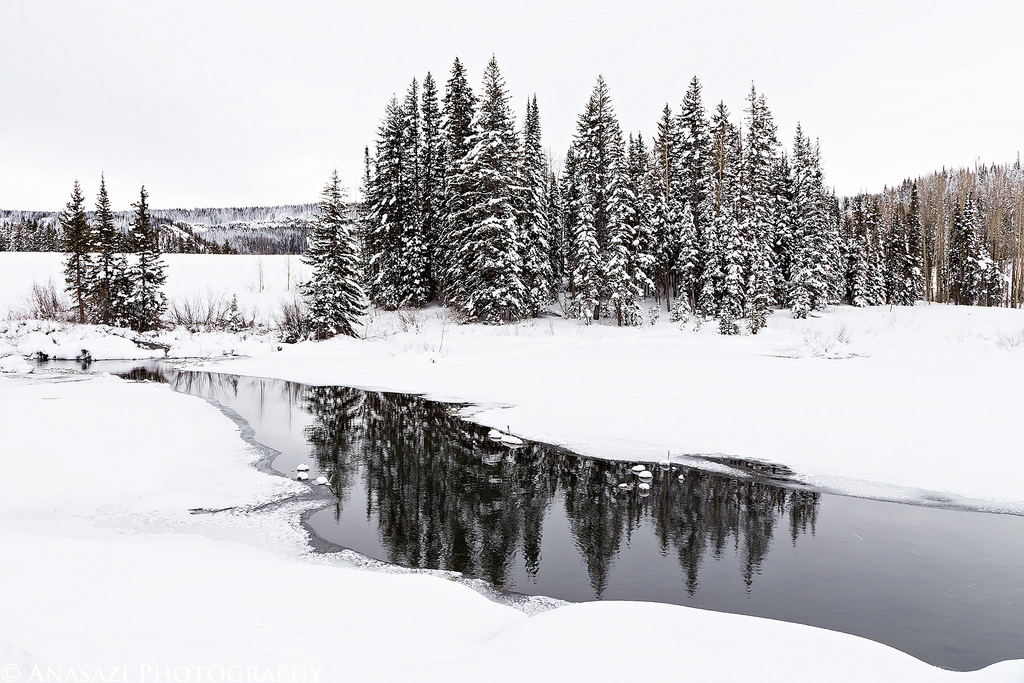 Following the West Bench Trail into the trees. 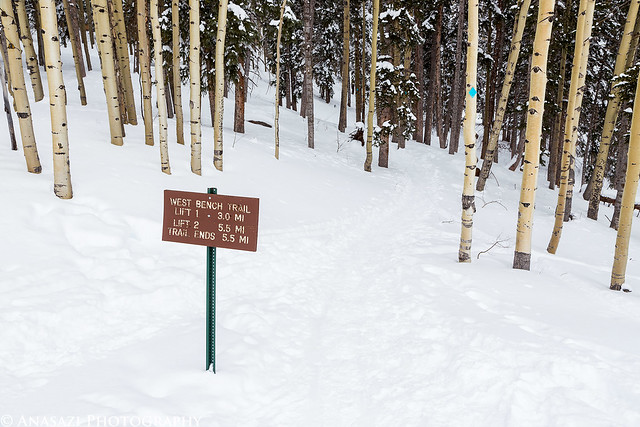 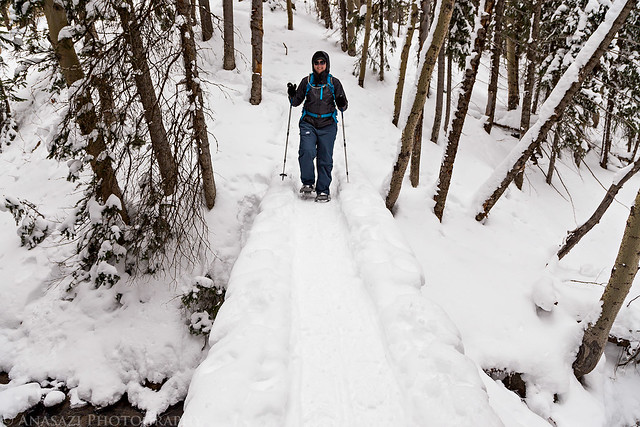 Following the packed trail to the Ranger Station. 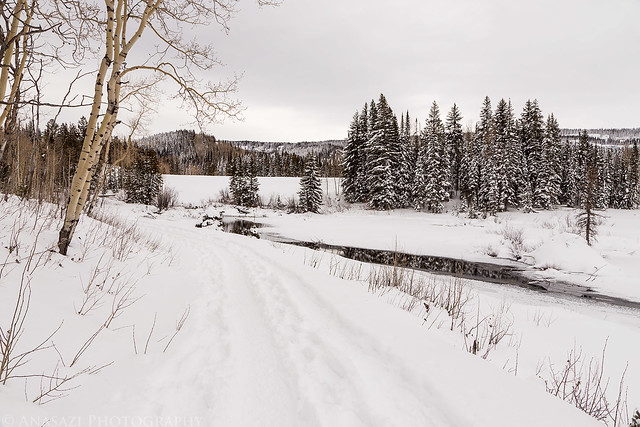 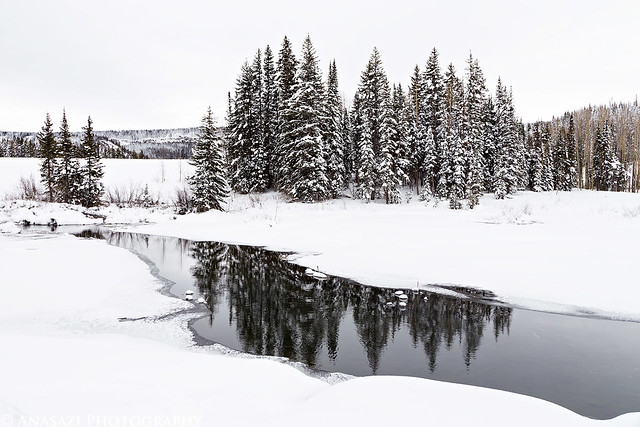 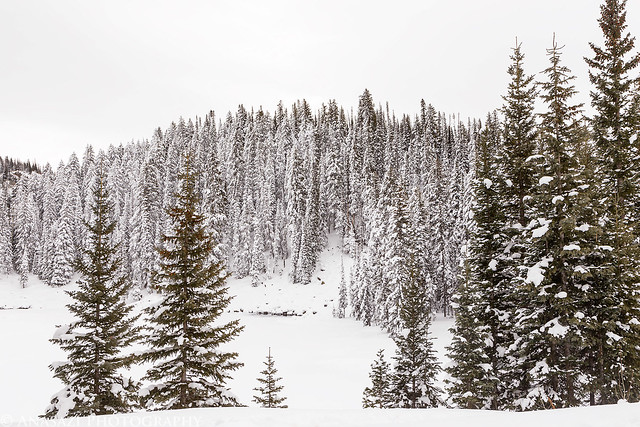 Trees along the shore of Sunset Lake. 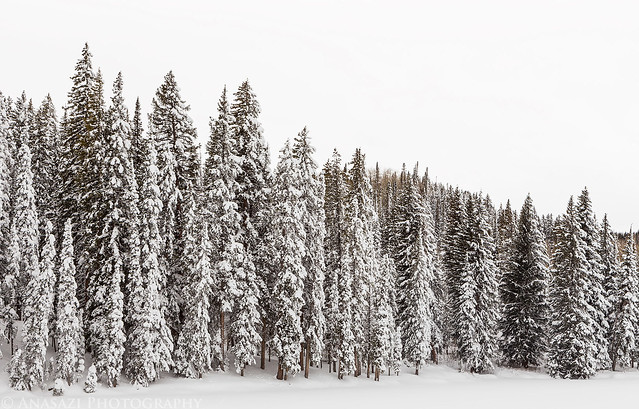 Published in Exploring and Snowshoeing