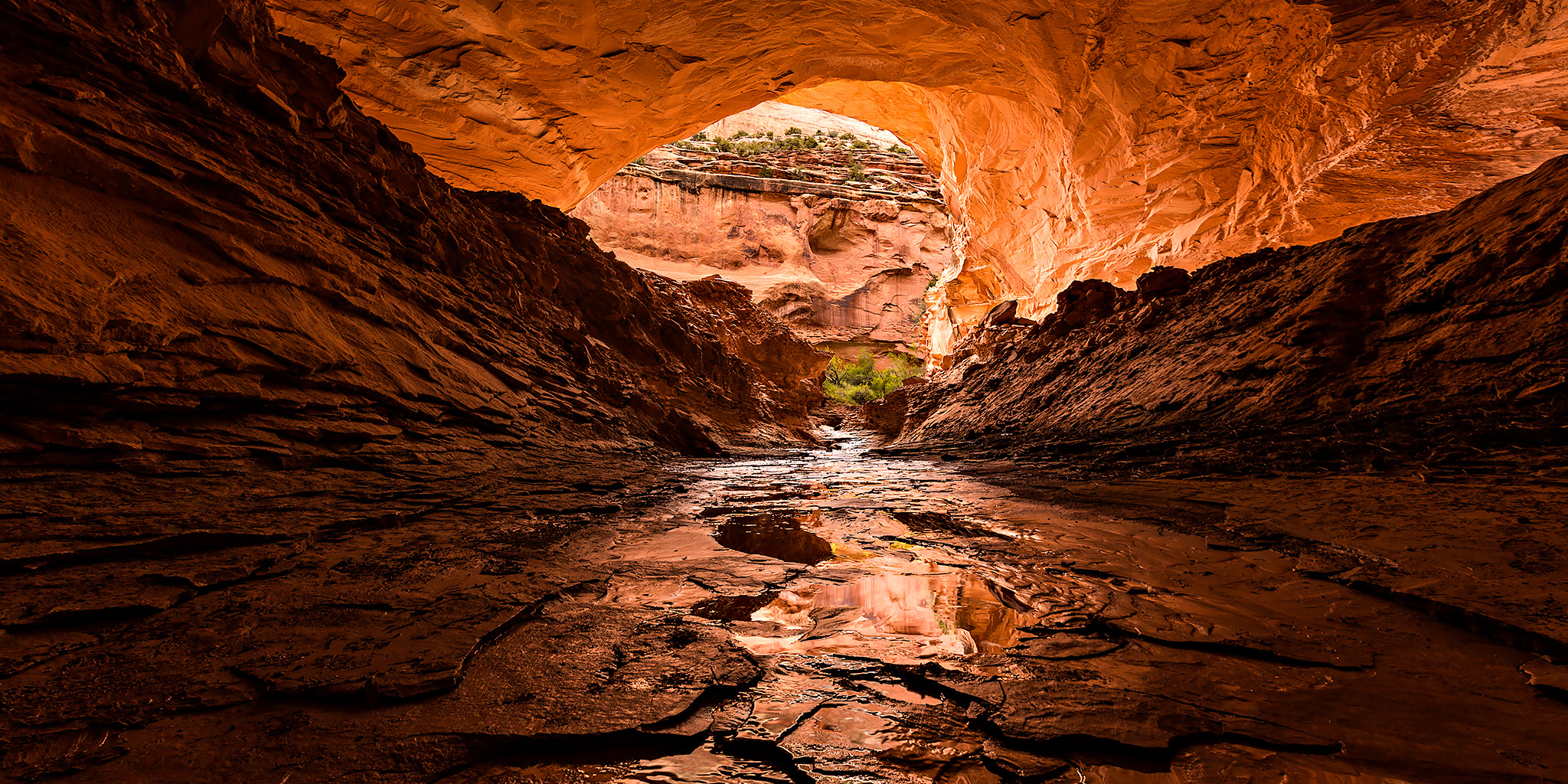 This morning Diane and I woke up early and drove up through the Colorado National Monument to reach the Black Ridge Road which we took to the Mee Canyon trailhead. I have wanted to hike to the very large Mee Canyon Alcove for a few years now and it was finally time to do it. The weather forecast was calling for storms in the afternoon, so we got an early start in order to get out of there before the rain moved in since the clay that makes up part of the road can get a very slippery when wet, and I really didn’t want to have to deal with that on the way back down.

View over Mee Canyon towards the Grand Valley and the Book Cliffs as we descended from the trailhead towards the canyon. 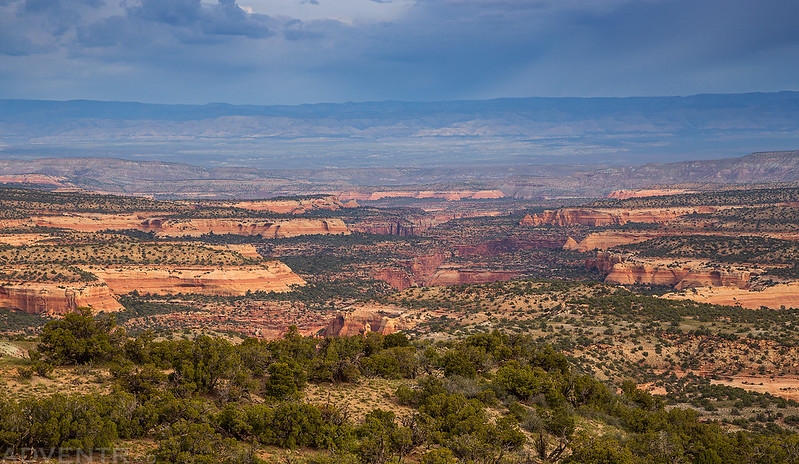 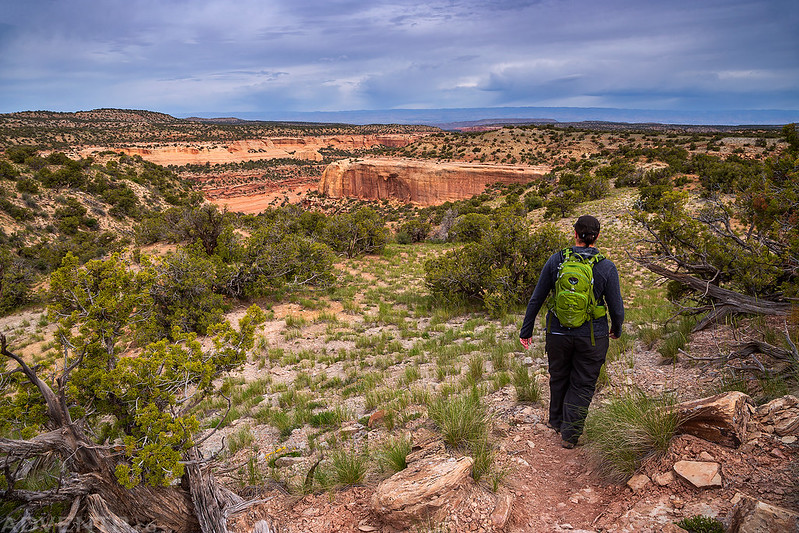 The final descent into a small side canyon of Mee Canyon is where things start to get fun. It begins by crawling through this little arch. 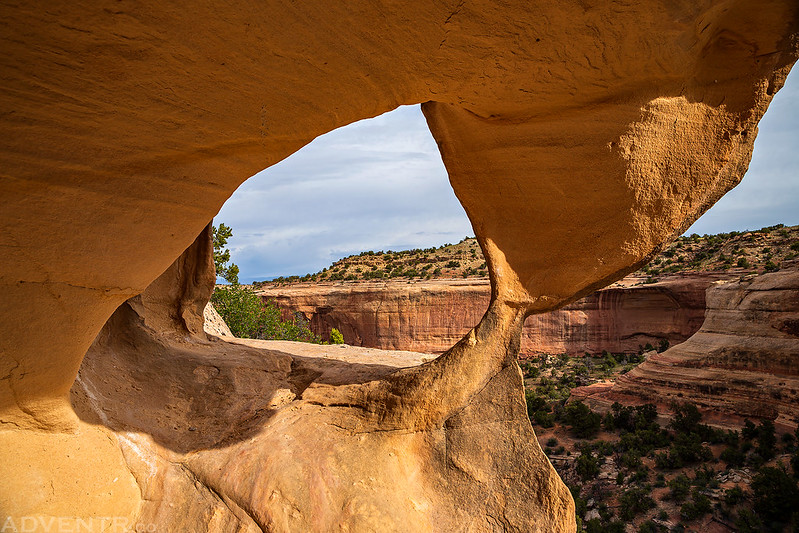 Then you take the ladder down to the next level. 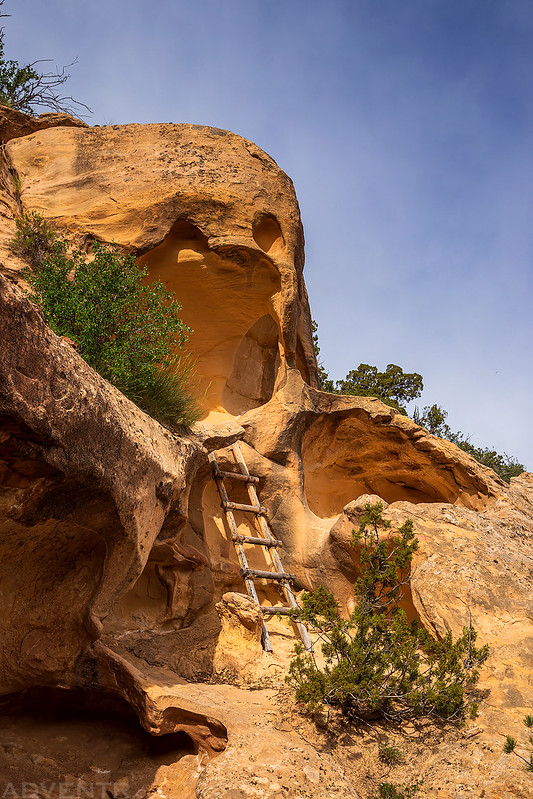 Nice color and lines in the alcove at the head of this side canyon. 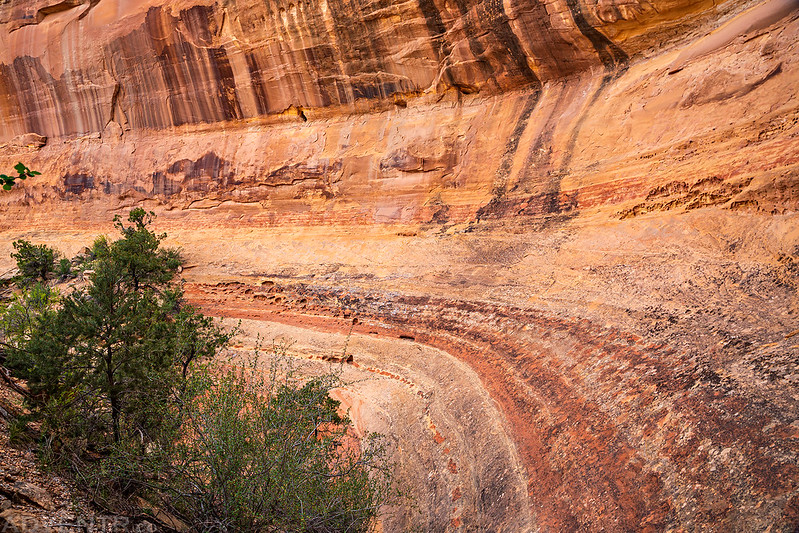 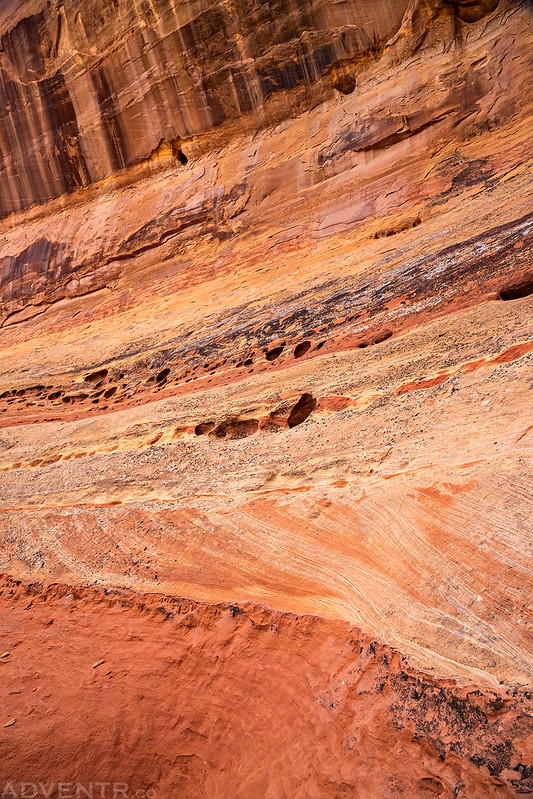 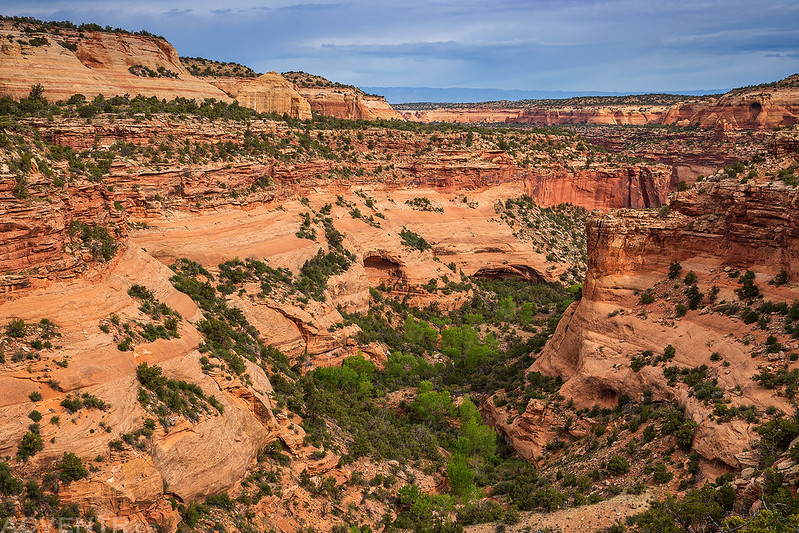 This was definitely the hardest part of the hike and the part I worried about the most. You need to traverse this narrow ledge to finish the descent down into the canyon. Diane had no troubles crossing, but it freaked me out a little bit. Thankfully, Diane was here to help me across. I highly doubt I would have been able to do it if I were by myself. 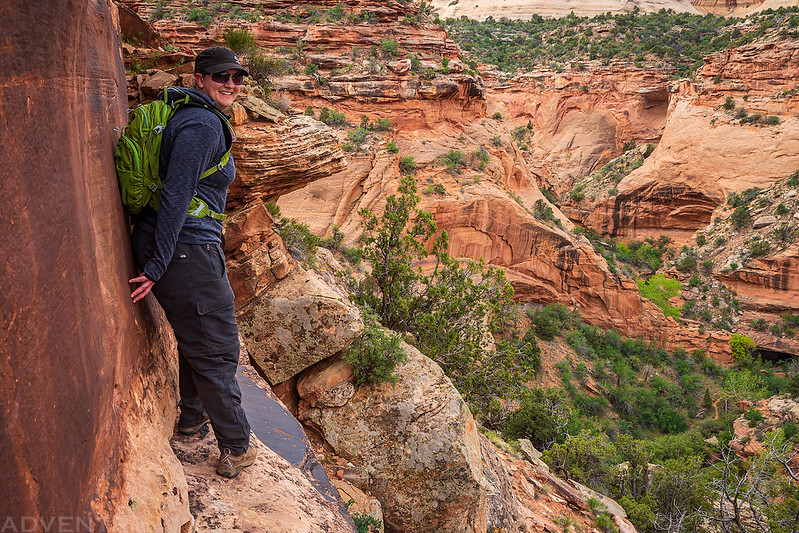 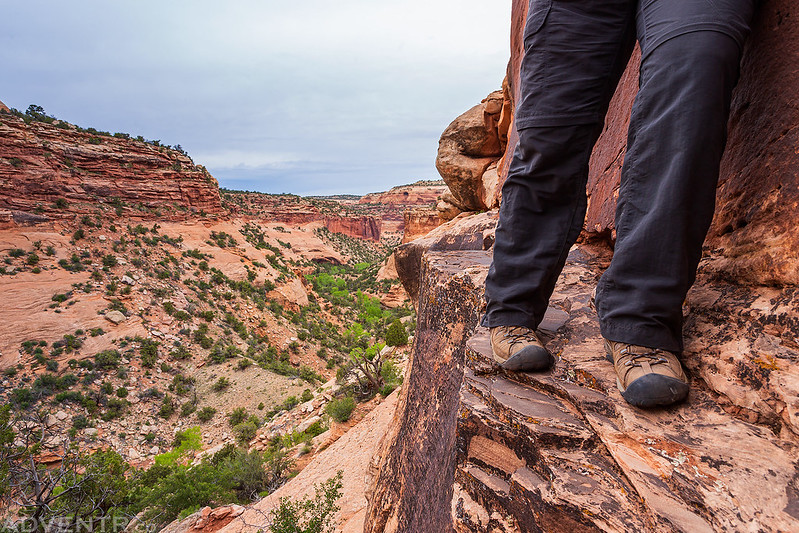 Soon we reached the impressive Mee Canyon Alcove. I have read that this may be the largest alcove on the Colorado Plateau, but I’m not sure how accurate that is? It’s certainly the biggest I have ever been to. It’s very hard to convey just how large and deep this alcove is in photos, but I’ll sure try! 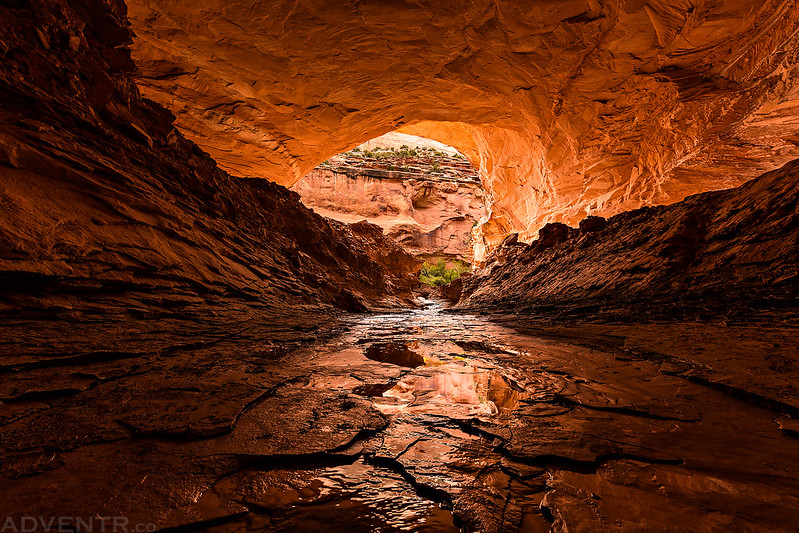 Where the creek that has helped carve out this massive alcove enters. 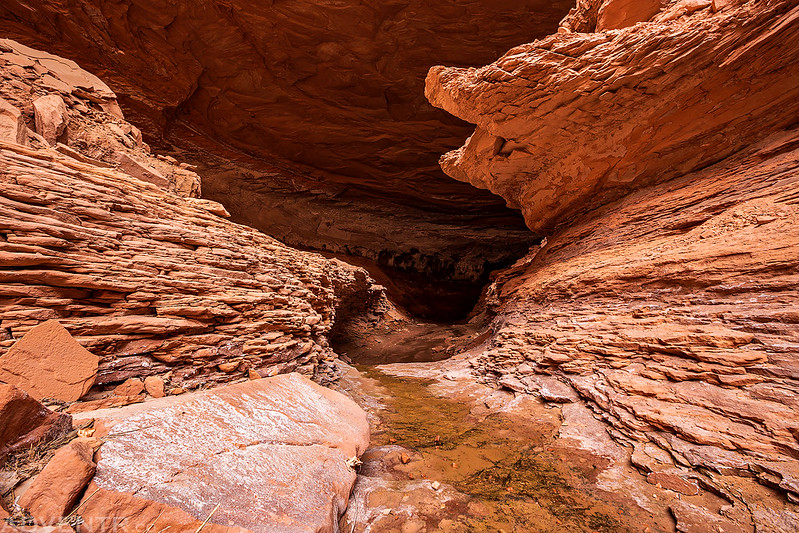 Nice reflected light on the roof of the alcove. 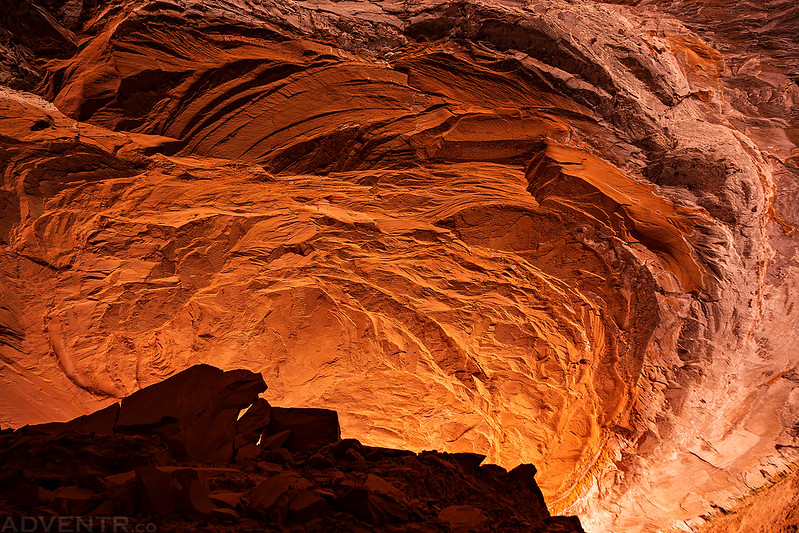 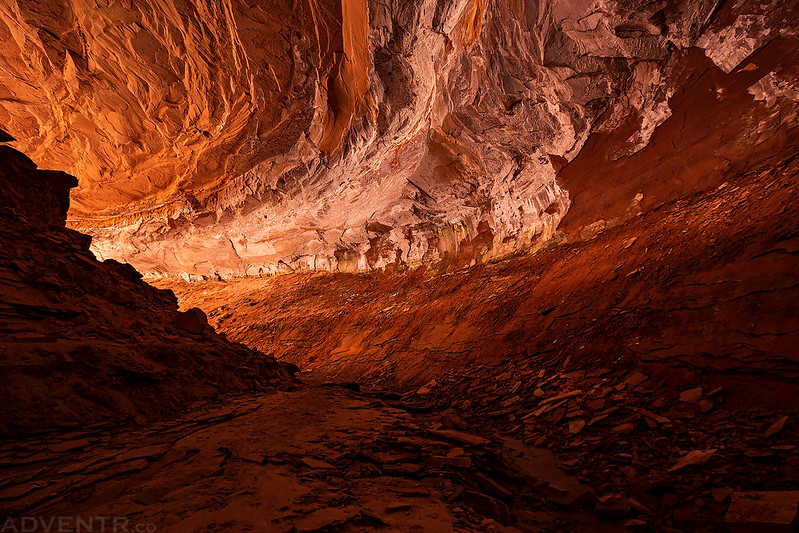 Looking towards where the creek exits. 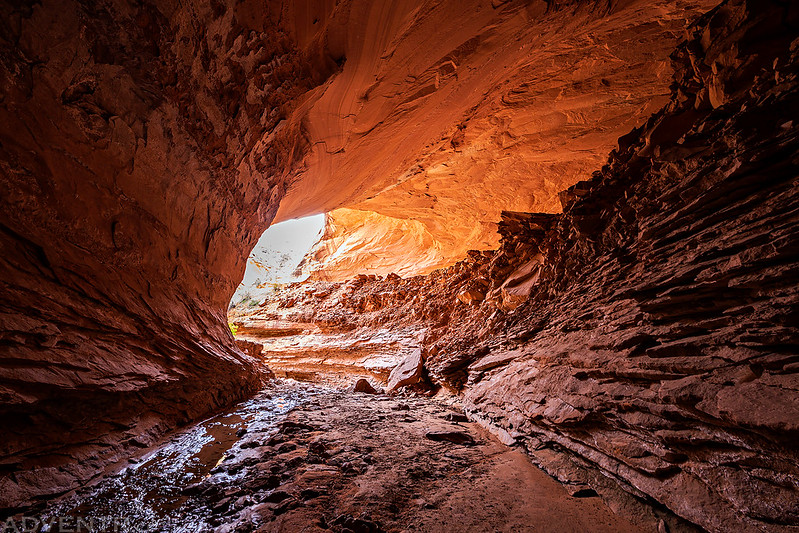 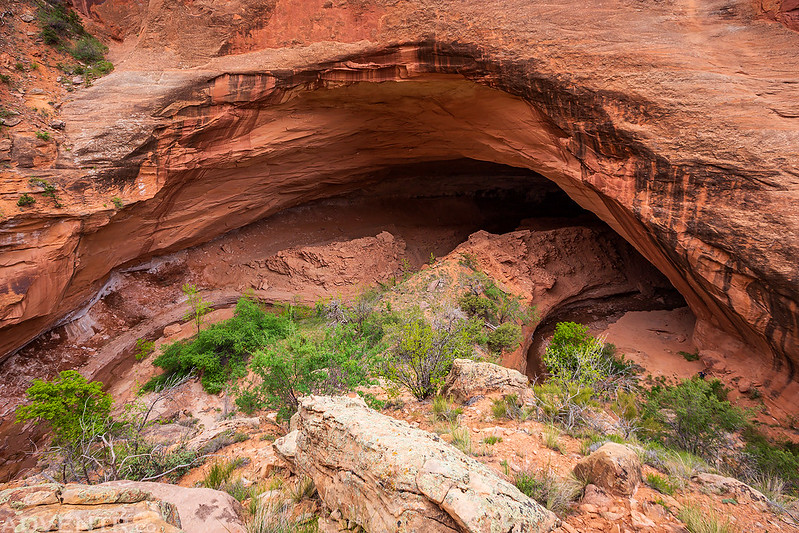 Tafoni along the trail on our hike back out. 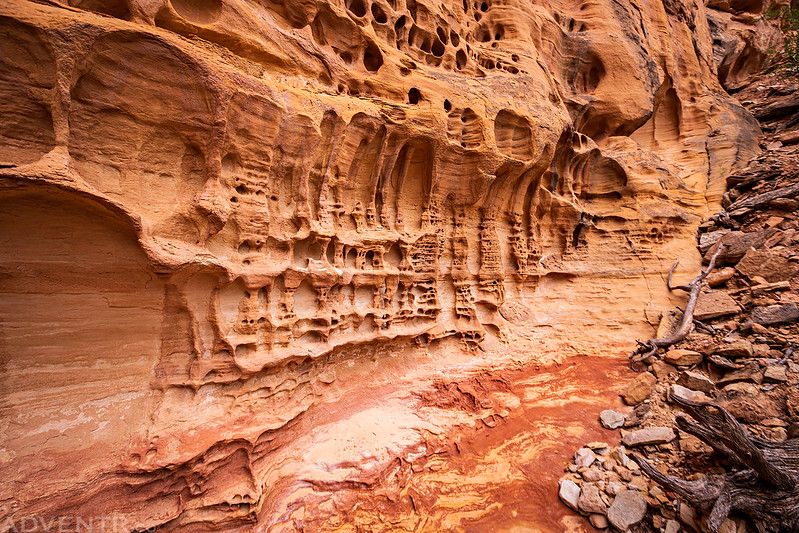 Diane climbs back up the ladder to exit the canyon. 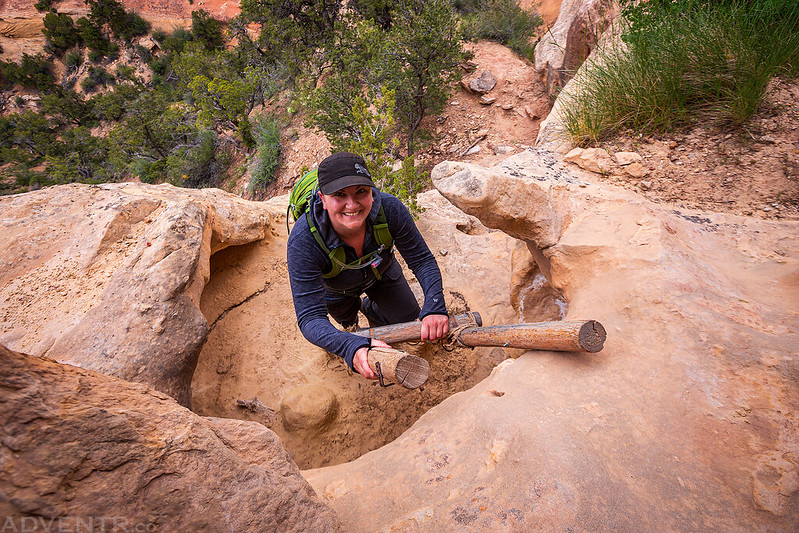 I had a little trouble crossing the ledge on the way out of the canyon, but it was a little easier than on the way down. As we hiked back to the trailhead the wind picked up a few times and it started to drizzle on and off. Luckily, there was not enough precipitation to get the road wet and our drive out was uneventful. This was a nice local hike to a very impressive geologic feature and also a nice way to spend a Saturday morning.