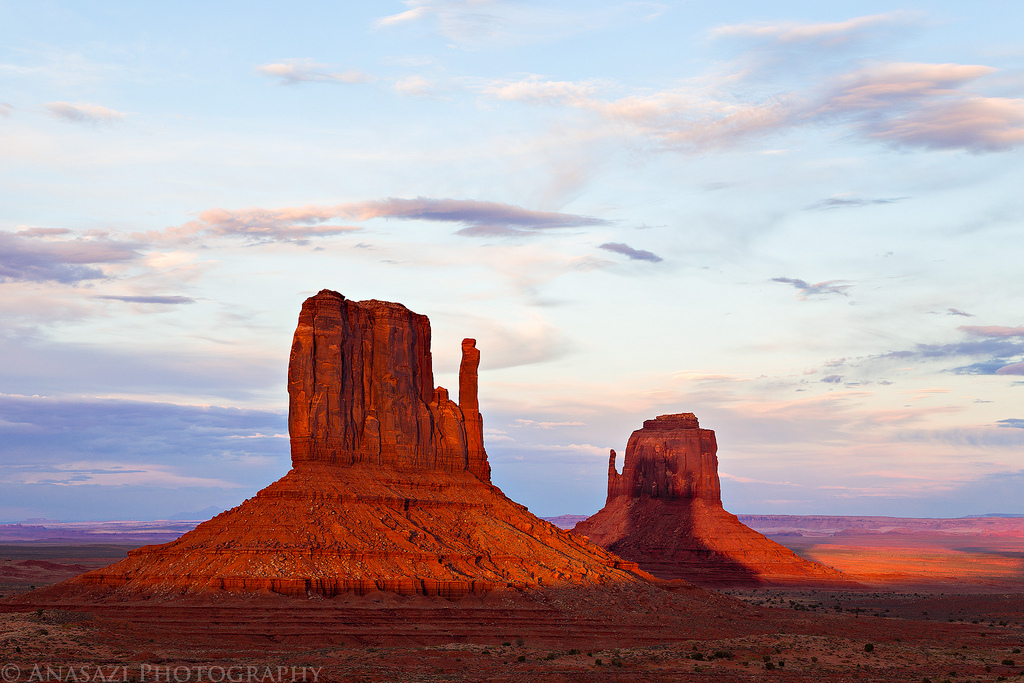 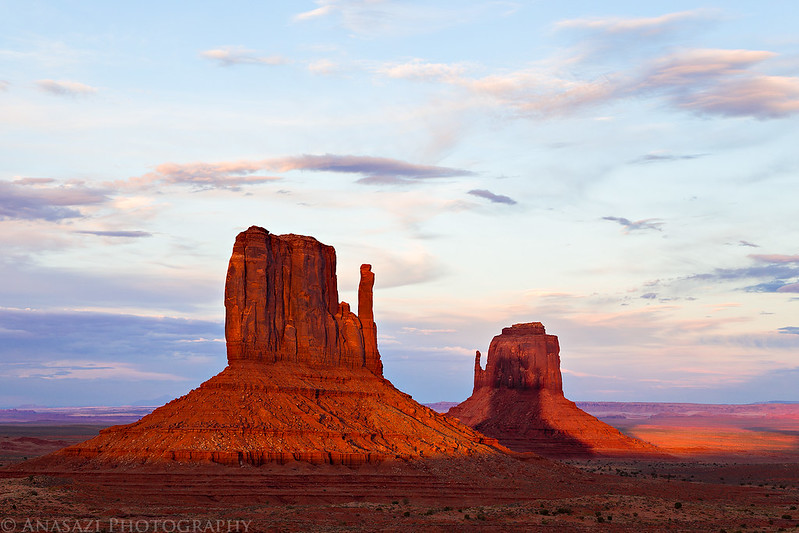 Now let’s go back in time to the previous evening when I left work and drove down to the Valley of the Gods to setup camp just as twilight was fading. I quickly went to bed so that I was up in time to catch the sunrise on Saturday morning.

Saturday morning at my campsite as the sun came up. 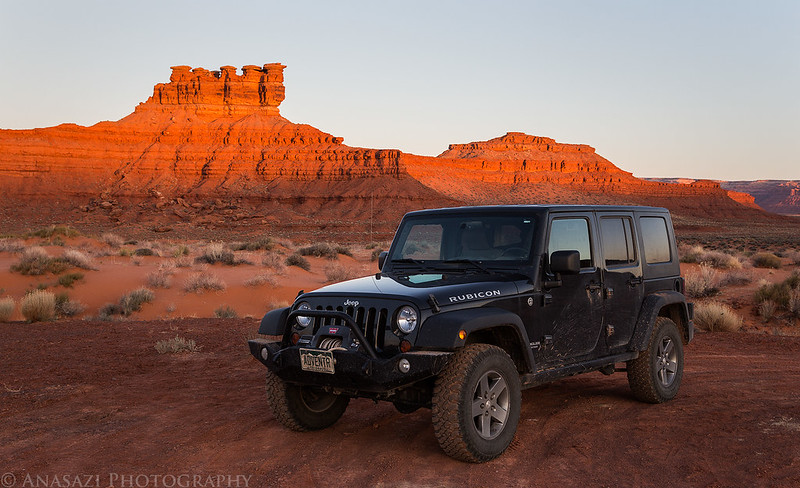 Since Monument Valley doesn’t open up until well after sunrise this time of the year I drove the Valley of the Gods loop road after breaking down my camp. The moon was out this morning… 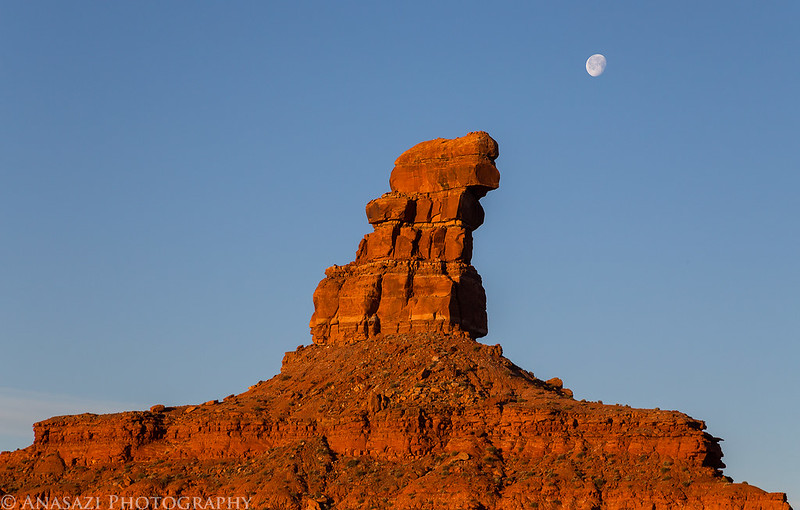 The drive to Monument Valley. 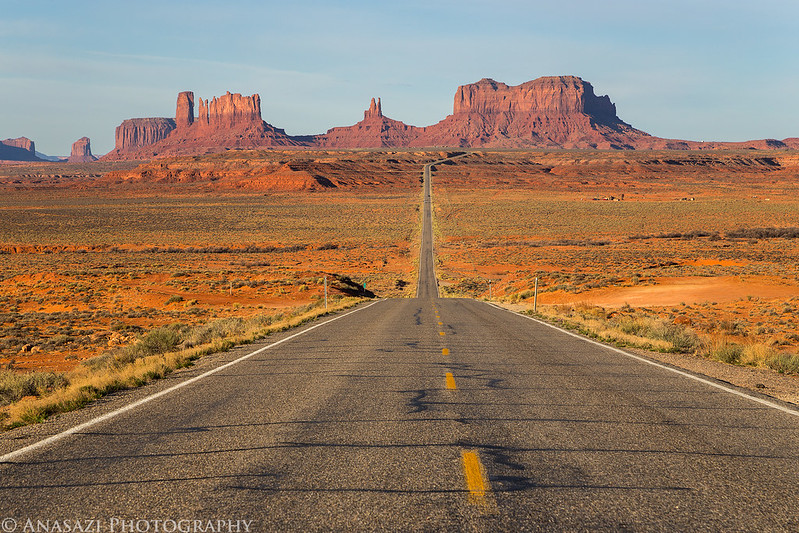 After paying my fee to enter the park I drove the loop dirt road to checkout the park before the crowds showed up for the day.

A view of the Three Sisters from the road. 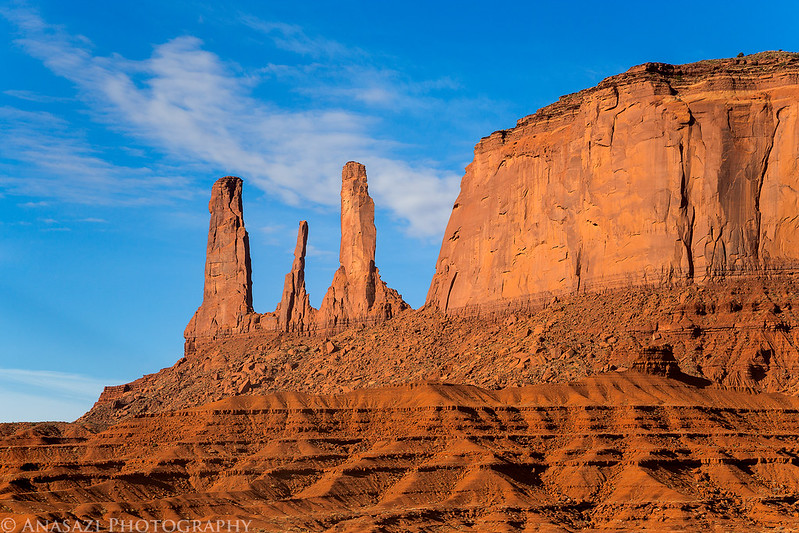 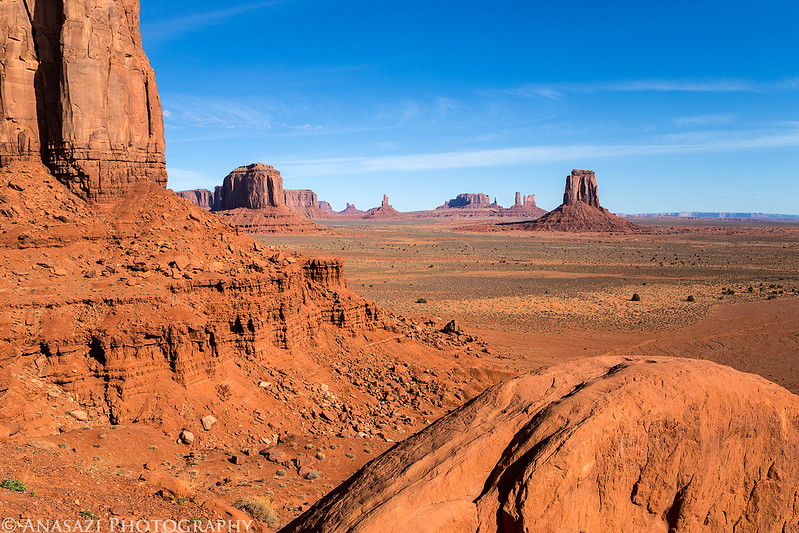 After taking my time completing the loop road I headed over to the closed campground and hiked the Wildcat Trail which loops around the West Mitten. It was a nice hike. 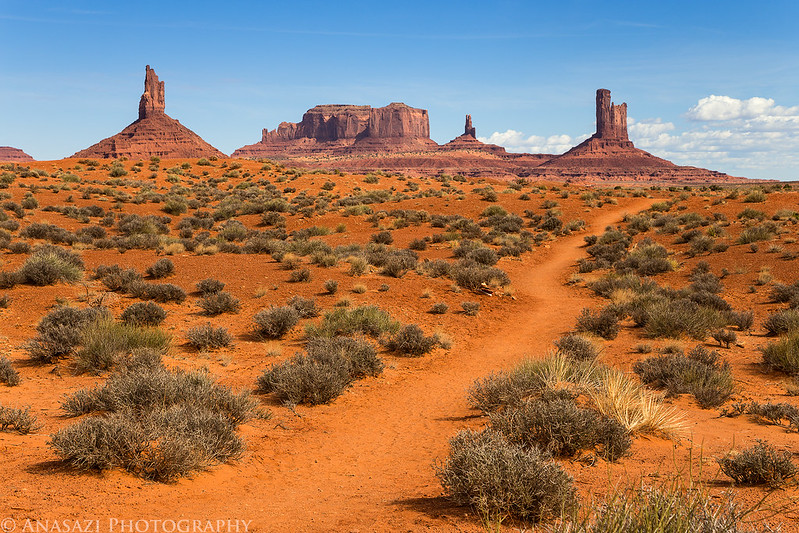 Later in the afternoon I looked up and saw this sun halo above. 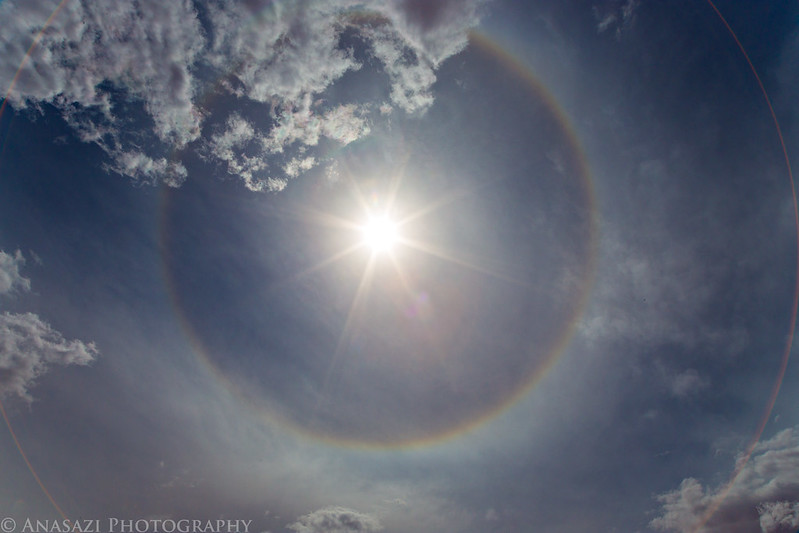 Nice clouds over a typical view of Monument Valley from the Visitor Center. 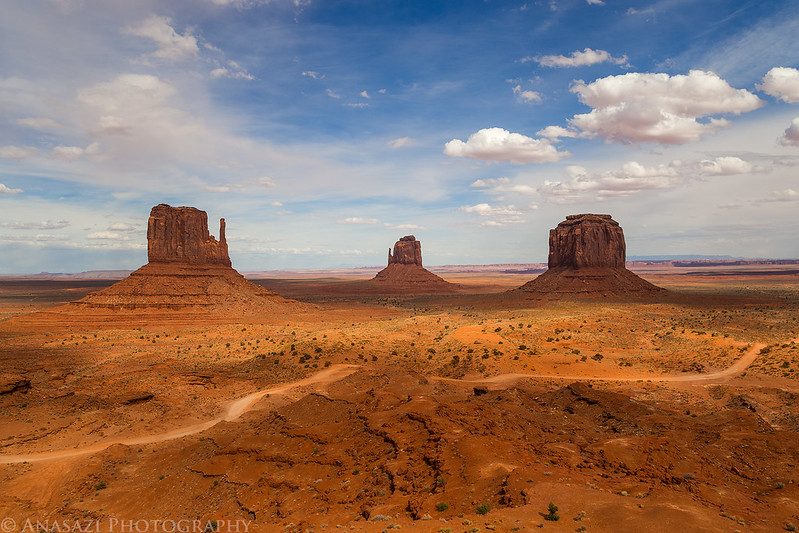 While waiting for sunset with a friend that showed up, we wandered down to this tree and I liked the shadow it was casting on the ground. 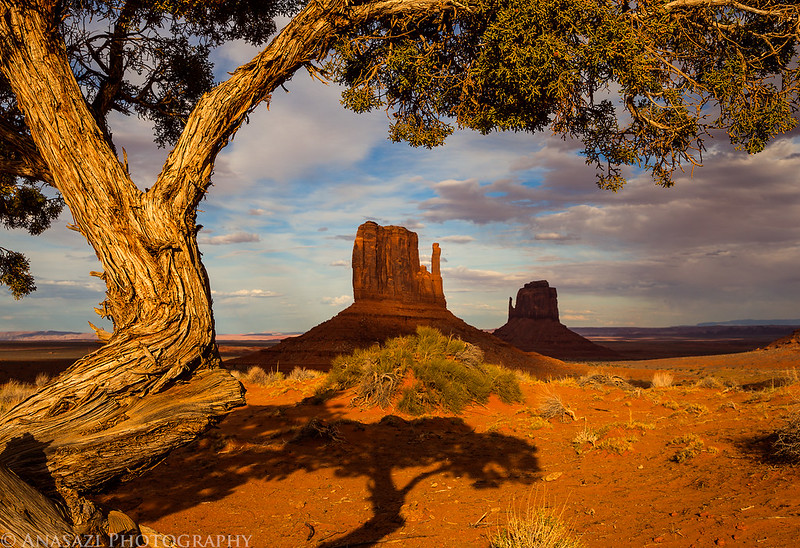 Sunset getting closer… You can just barely see the shadow of the West Mitten starting to creek up the East Mitten in this shot. 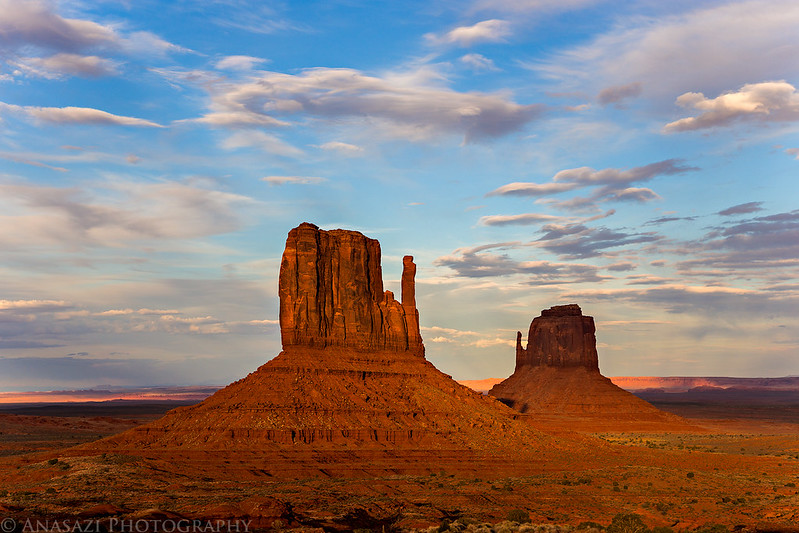 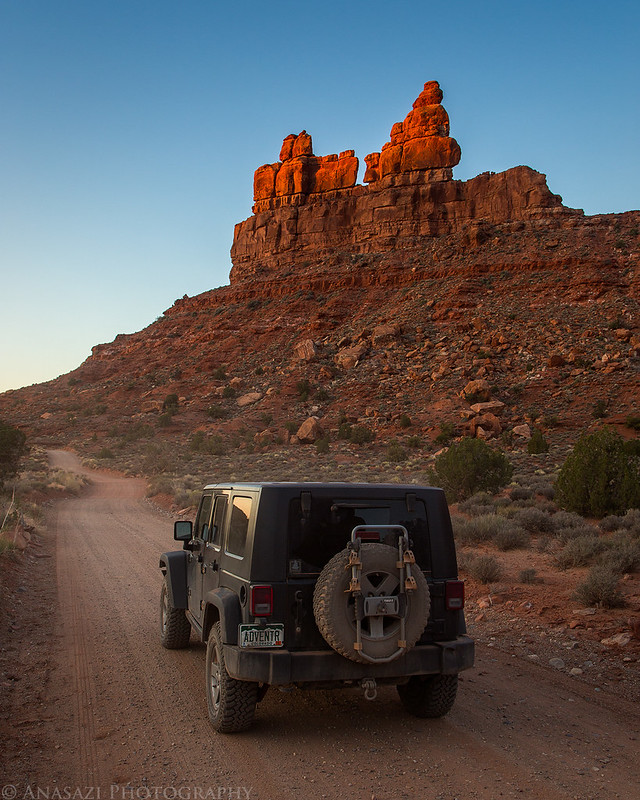 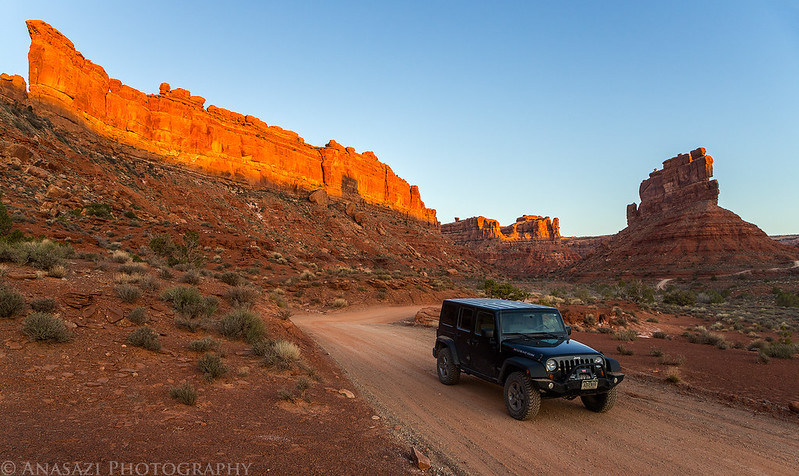 When I reached the highway I turned right and climbed up the Moki Dugway to the top of Cedar Mesa so I could visit and photograph a new ruin.

It’s a small circular granary tucked in the back of a larger alcove. Very cool! 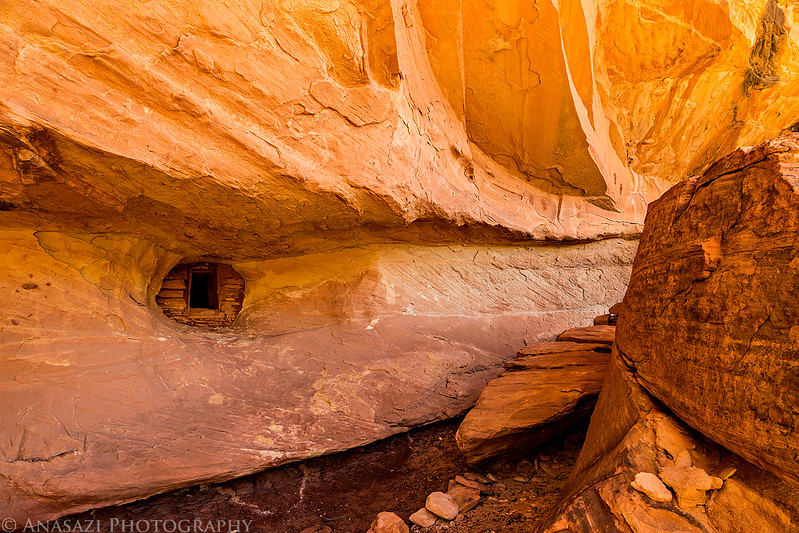 There were a few handprints nearby, too. 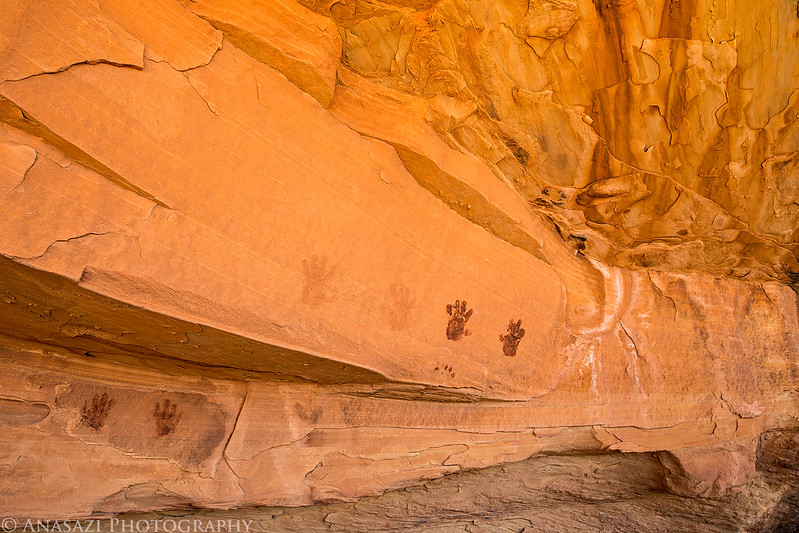 This was a fun one to photograph…here’s two different views. 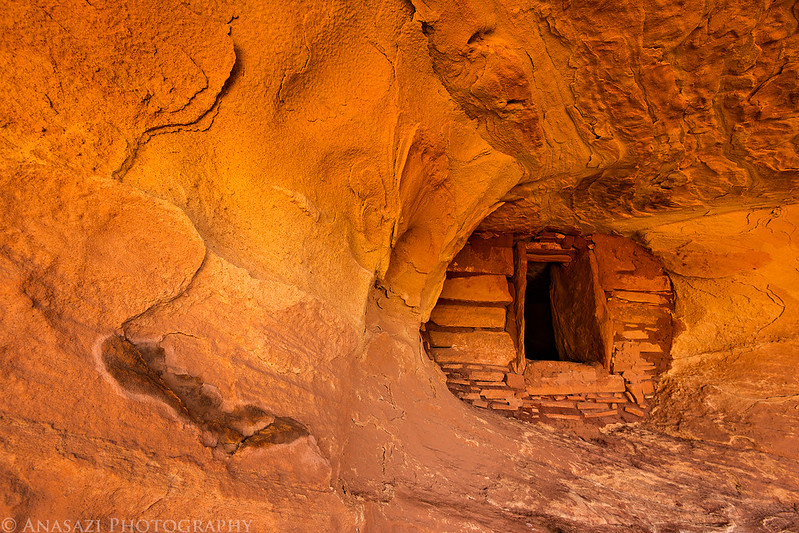 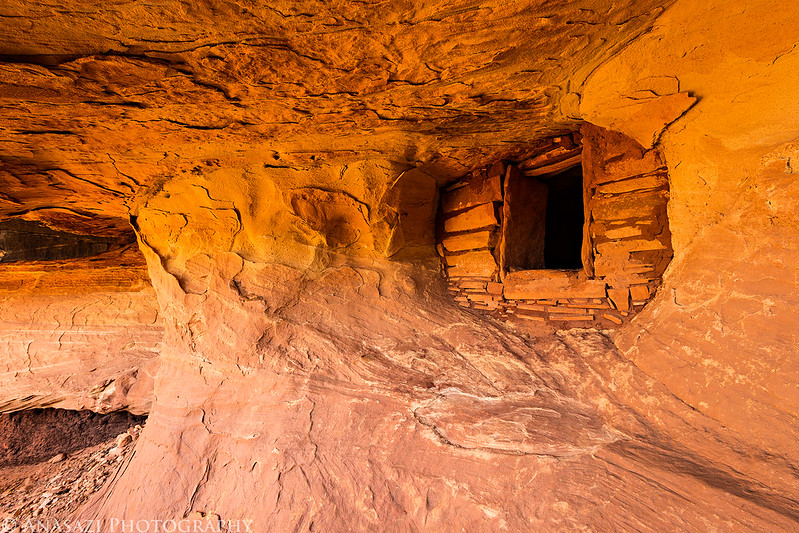 I spent quite a bit of time at this location and then explored a few nearby roads in my Jeep before starting the drive home. It was another nice weekend.