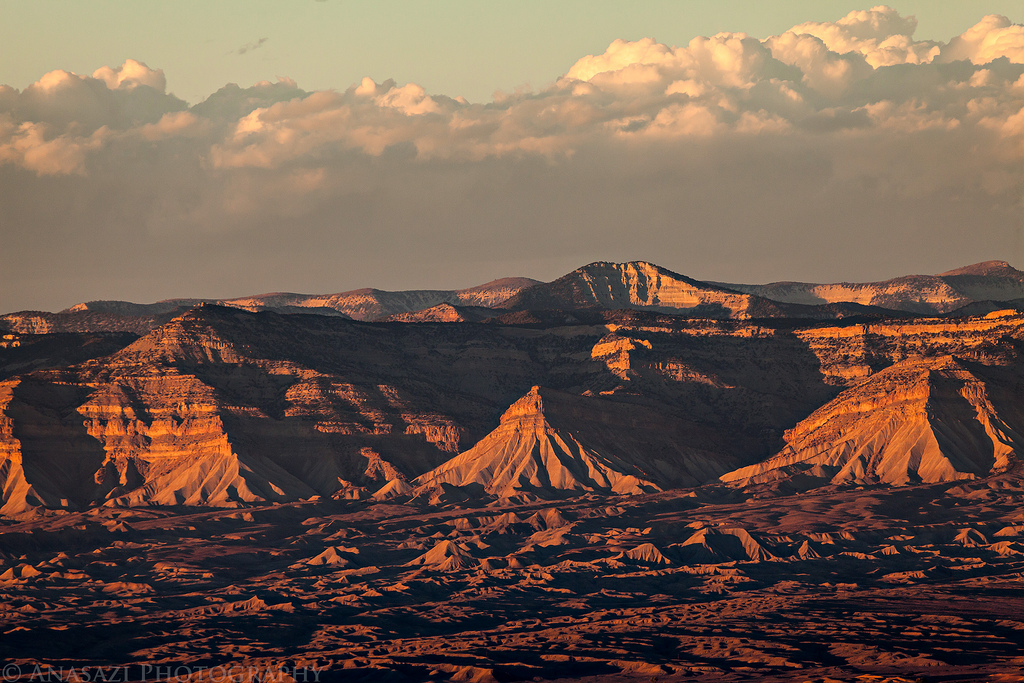 Fall at the Colorado National Monument

Just a few short days after returning from my adventures in Northern Arizona and Southern Utah, I was ready to get and photograph some of the fall colors here in the Grand Valley. I ended up driving up to the Colorado National Monument two consecutive days after work to take a few photos.

I first went over to Ute Canyon to see the cottonwood trees along the stream in the bottom. The canyon was already in the shadows, but the top of the mesa and the Book Cliffs were still receiving direct sunlight. 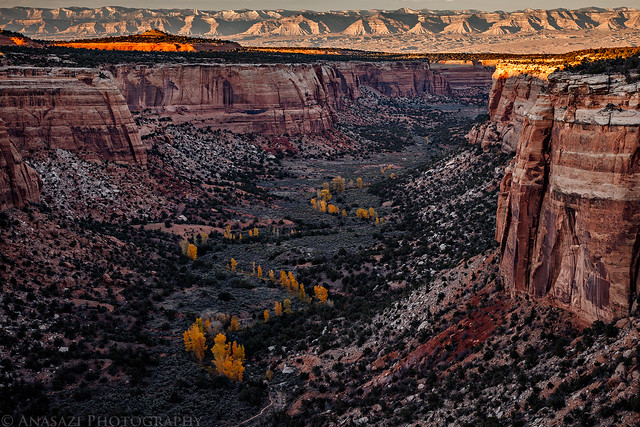 The Book Cliffs across the Grand Valley near sunset. 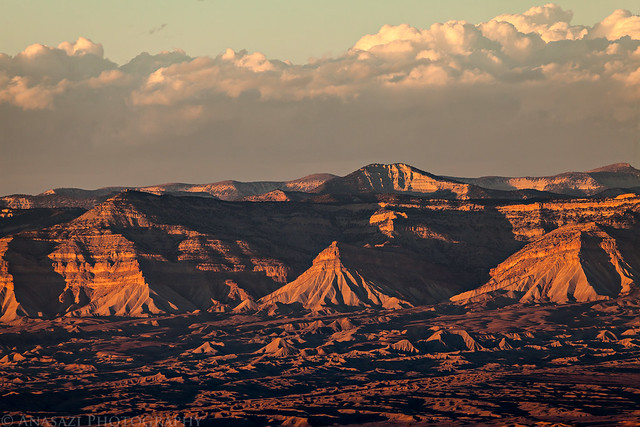 The Grand Mesa in the distance glows pink beyond Rim Rock Drive. 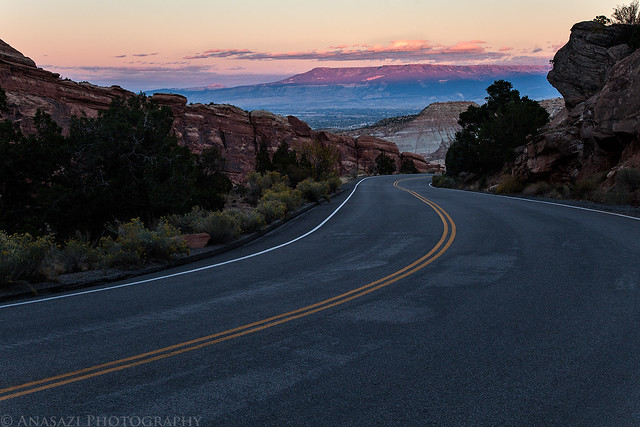 A lone yellow leaf on the bark of a large cottonwood tree. 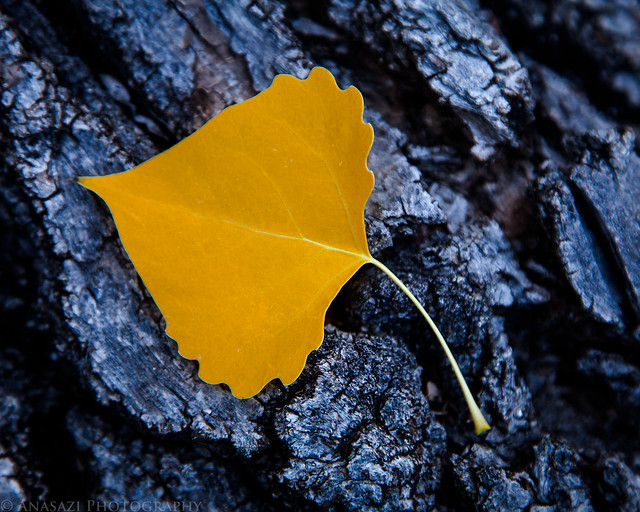 This tree alone in a small canyon was displaying vibrant fall colors and caught my eye as I drove by. I just had to stop. 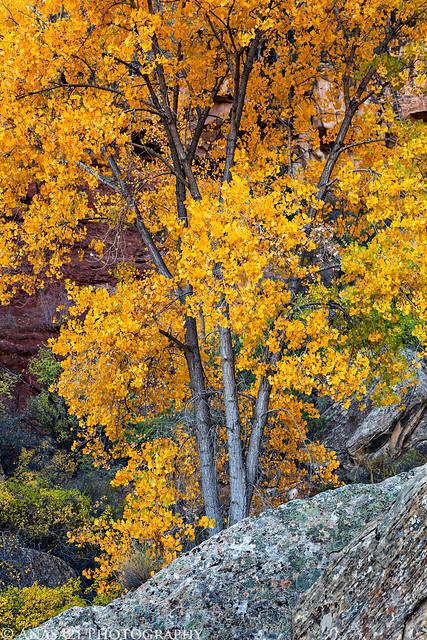 Even though this tree was still displaying plenty of green, I liked the way the twisted trunk seems to be emerging from the surrounding leaves. 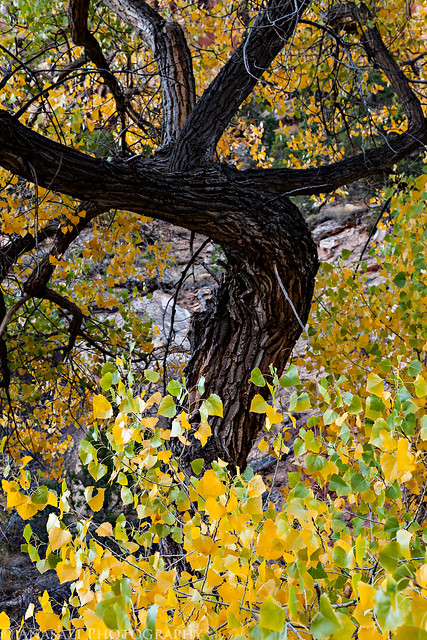 A colorful tree surrounded by different kinds of rock in a small canyon. 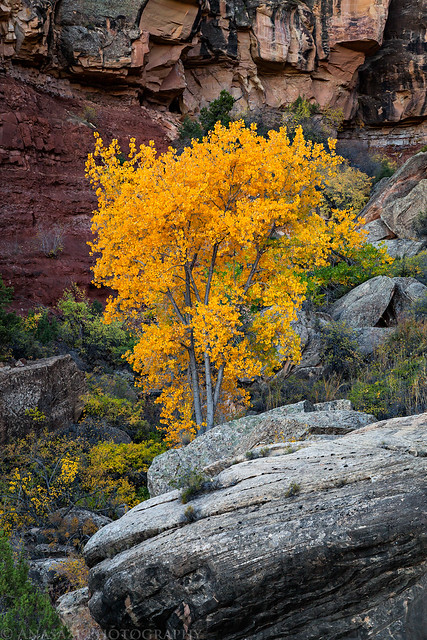 Published in Exploring and Photographing