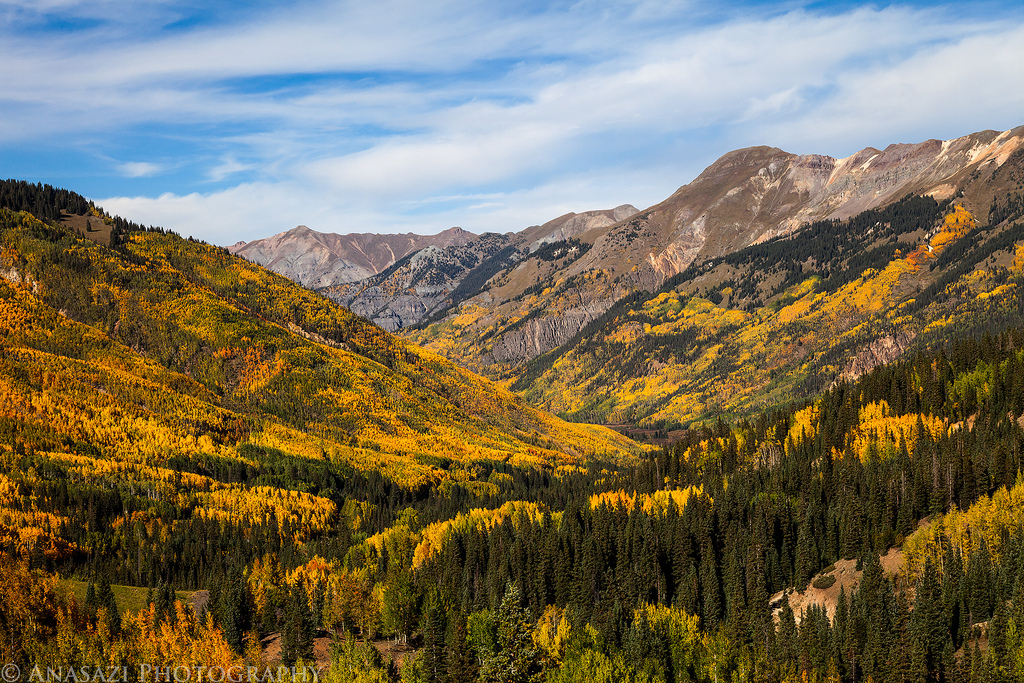 On our way to Silverton we took a quick drive up to the Portland Mine above Ouray. While we were up there Amanda spotted a few aspen trees that had some bear claw marks. Some of the scratches went up pretty high on the trees like a bear had climbed a few of them. 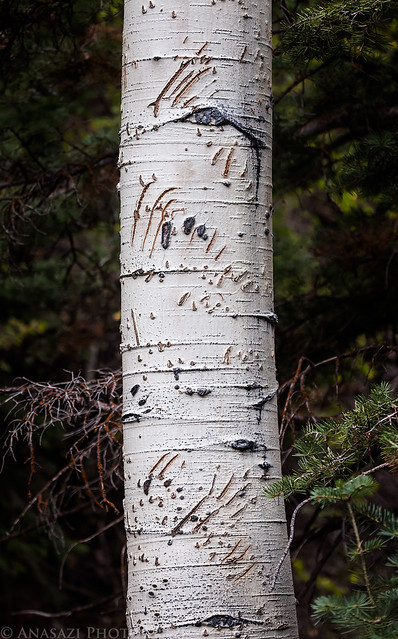 It looks like the bear couldn’t hang on to this tree and slid down it a way. These scratches were pretty high up off the ground, so I doubt these are just from scratching or stretching. 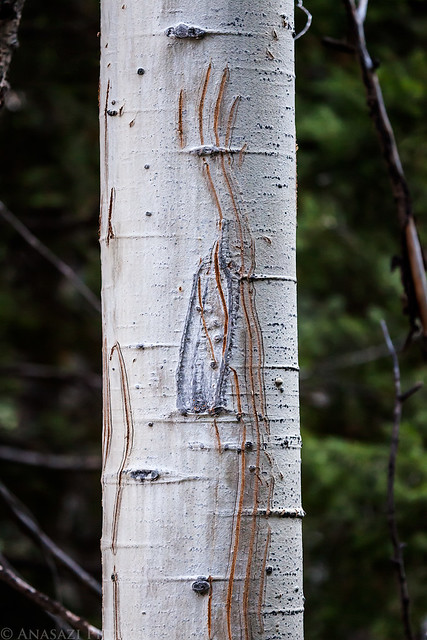 As we searched around Silverton for fall colors, I came across this waterfall in a small canyon and had to stop for a few photos. 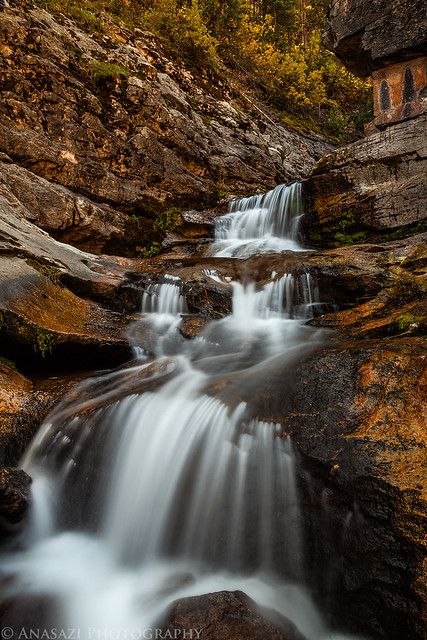 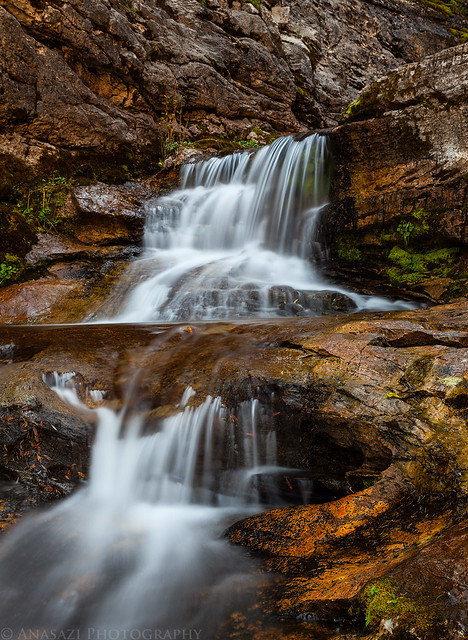 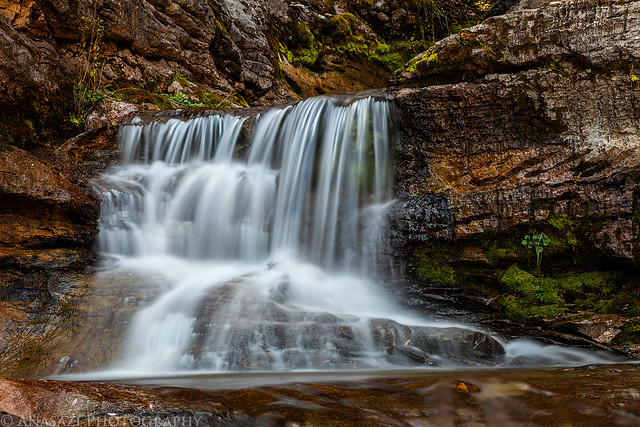 The Durango-Silverton Narrow Gauge steam trail was parked in town when we drove through Silverton on our way to Animas Forks, so I stopped there, too 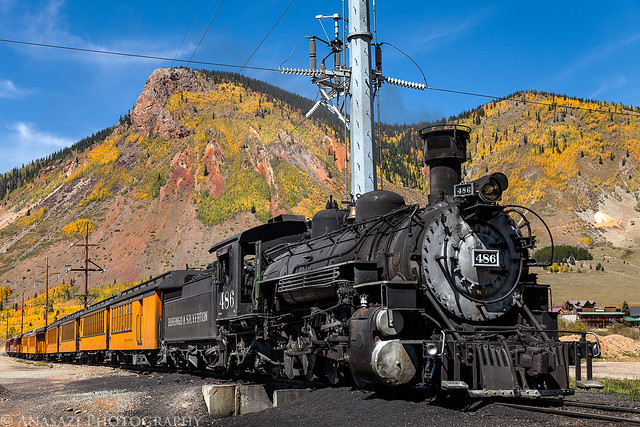 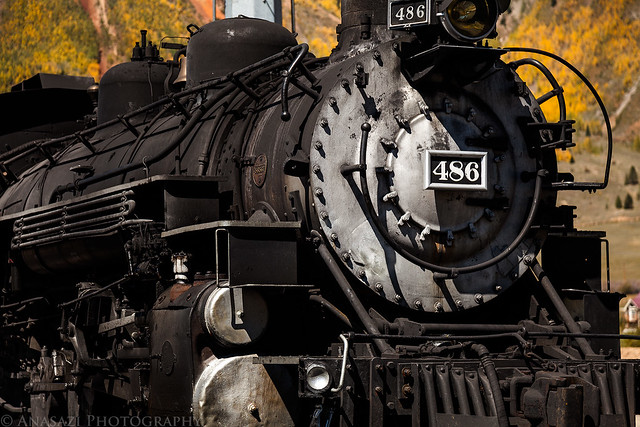 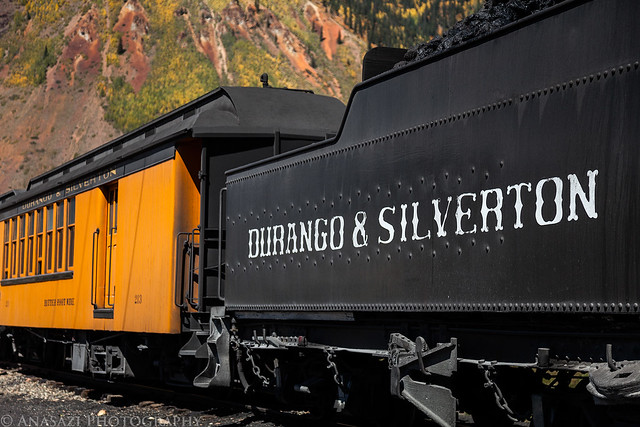 We didn’t stick around Animas Forks long since there were a lot of Hummers parked there, but I did find the time to get another photo of the Duncan Residence. I can’t seem to drive by this one without taking a picture. 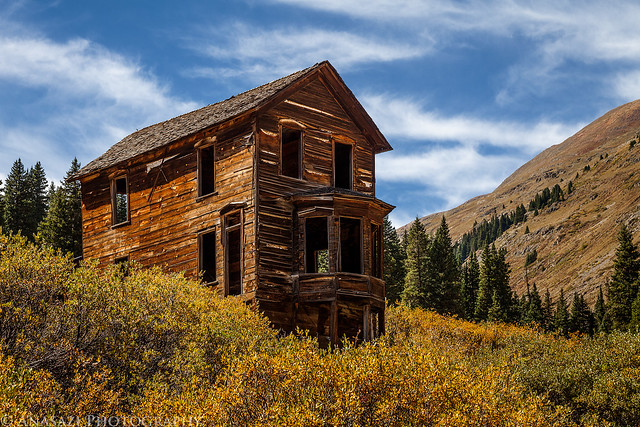 We continued past Animas Fork and into California Gulch. 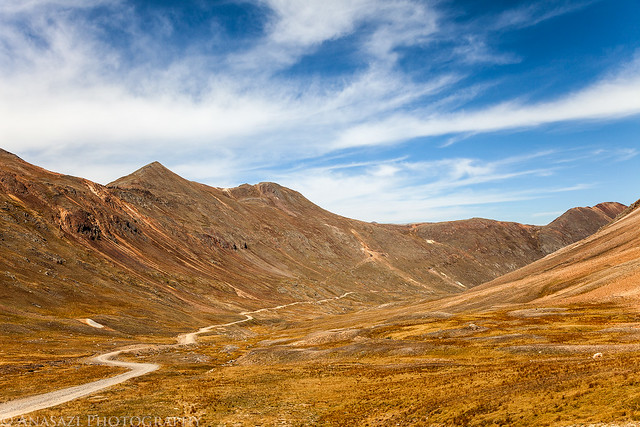 View from the Mountain Queen Mine over California Gulch. 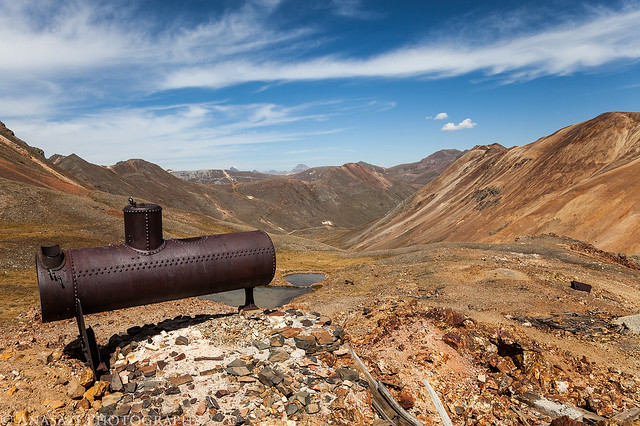 As we crossed over California Pass we couldn’t stop because there were so many Jeeps parked up there. Apparently there was a Jeep Jamboree based out of Ouray this weekend. We also got stopped by a another large group of Jeeps from the Jamboree at Hurricane Pass.

As we climbed up to Hurricane Pass I took this photo of Lake Como and Poughkeepsie Gulch below. 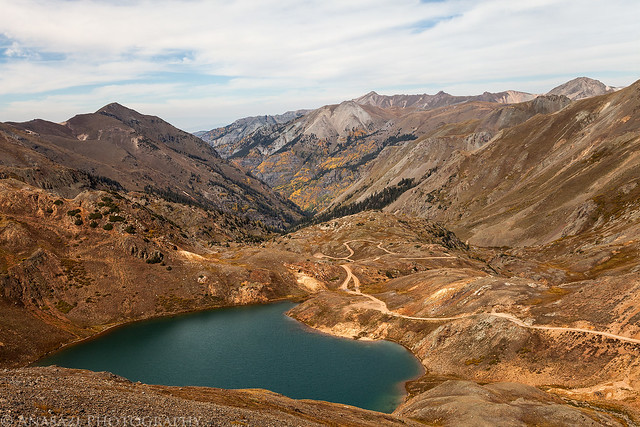 After finishing up the loop of Jeep roads by crossing over Corkscrew Pass we went back to the Ironton Park and Red Mountain Pass area to photograph the fall colors in the late afternoon light. 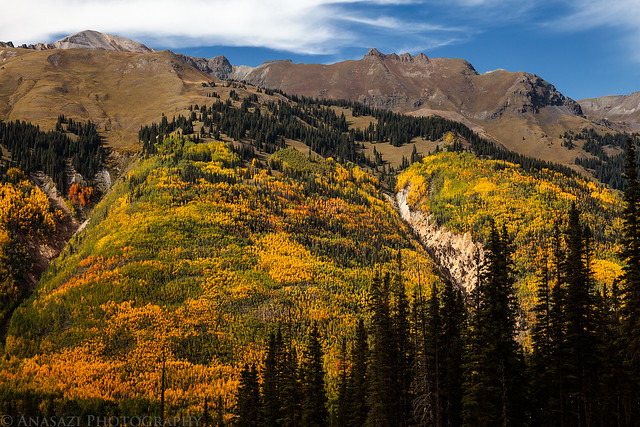 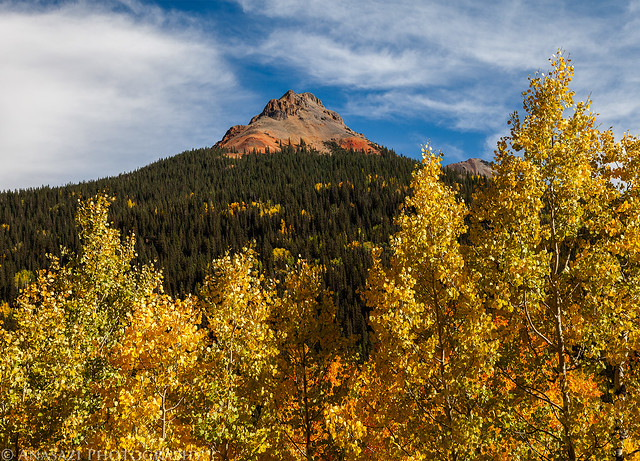 As I was exploring a large and colorful grove of Aspen I looked down and saw this shadow at the base of one of the trees, and it really caught my eye. 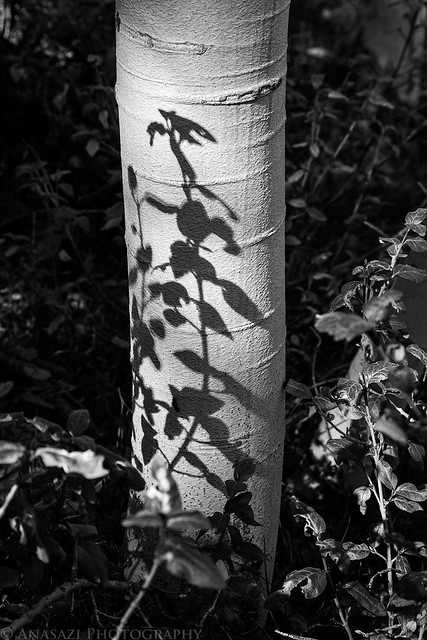 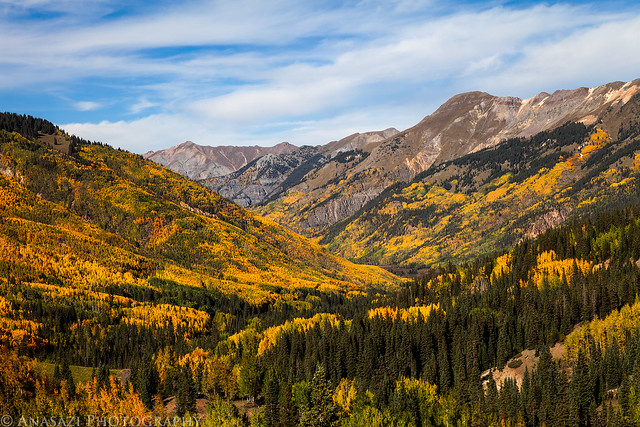 Fall at Red Mountain Creek by IntrepidXJ, on Flickr 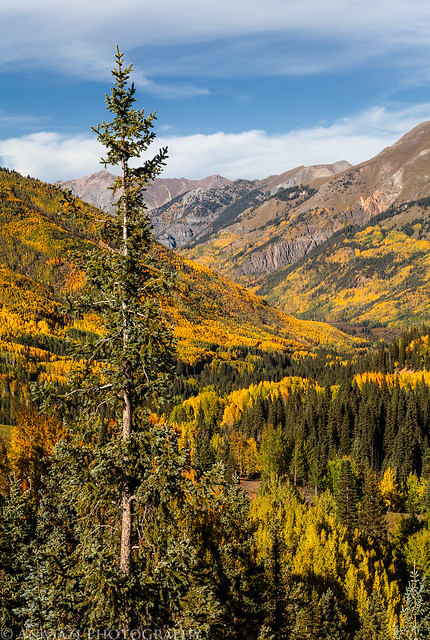 There was some nice color just below the Yankee Girl, as well. 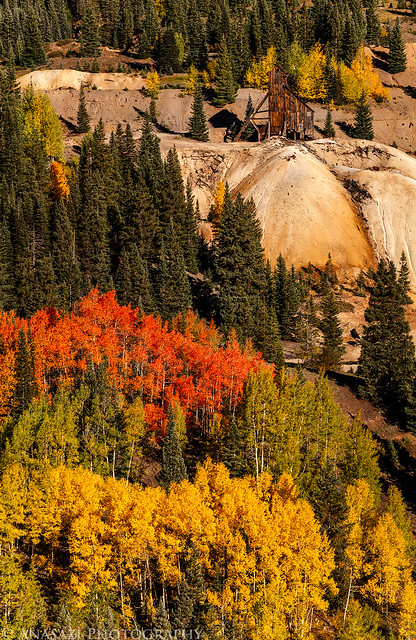 As we were driving back over Red Mountain Pass again, I decided to get another photo with the sign since it was still here. Lately this sign seems to be missing more often than not when we drive by. 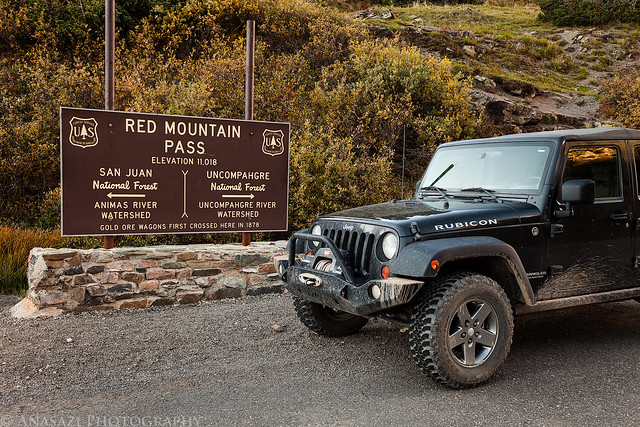 When the sun was down we drove back into Silverton to get some dinner from the Brown Bear Diner and then went back to camp to get some sleep. After a cold night in the tent (we stayed nice and warm in our sleeping bags) we drove up to Little Molas Lake to watch the sunrise.

Early sunlight strikes the top of a few unnamed 12,000 foot peaks near Little Molas Lake. There were no clouds in the sky this morning. 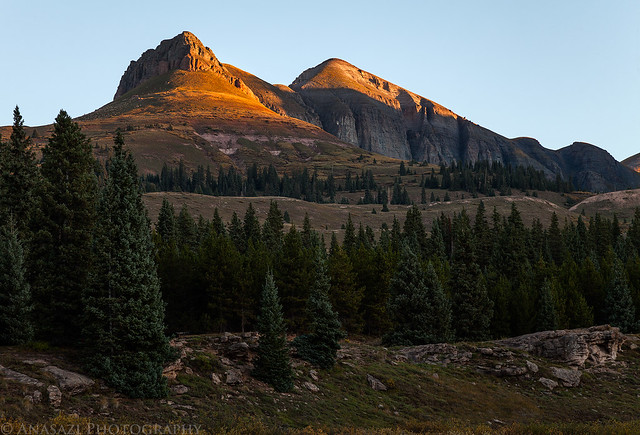 I was hoping for some nice reflection photos this morning, but a slight breeze kept the water moving. Though, I do like the ripples in this one. 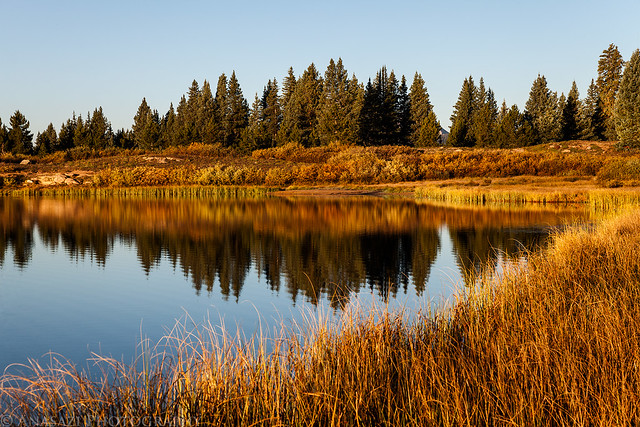 On our way back down from Molas Pass we stopped by a nice colorful area just outside of Silverton. 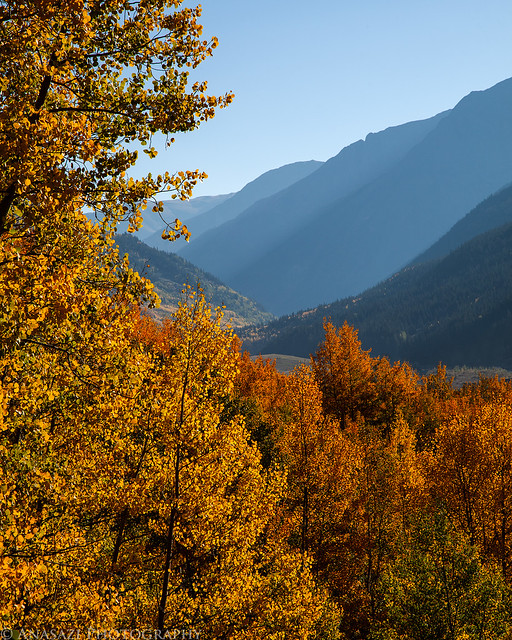 After leaving Silverton, we stopped back at our campsite to take down our tent and pack the Jeep and then headed back home. Amanda had a wedding to go to in the early afternoon, so we couldn’t stick around too late. 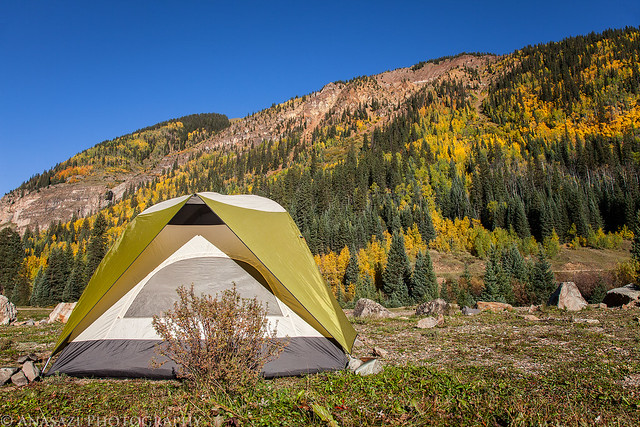 We had a nice relaxing weekend with some nice fall colors starting to appear. I’m looking forward to searching for even more color next weekend!