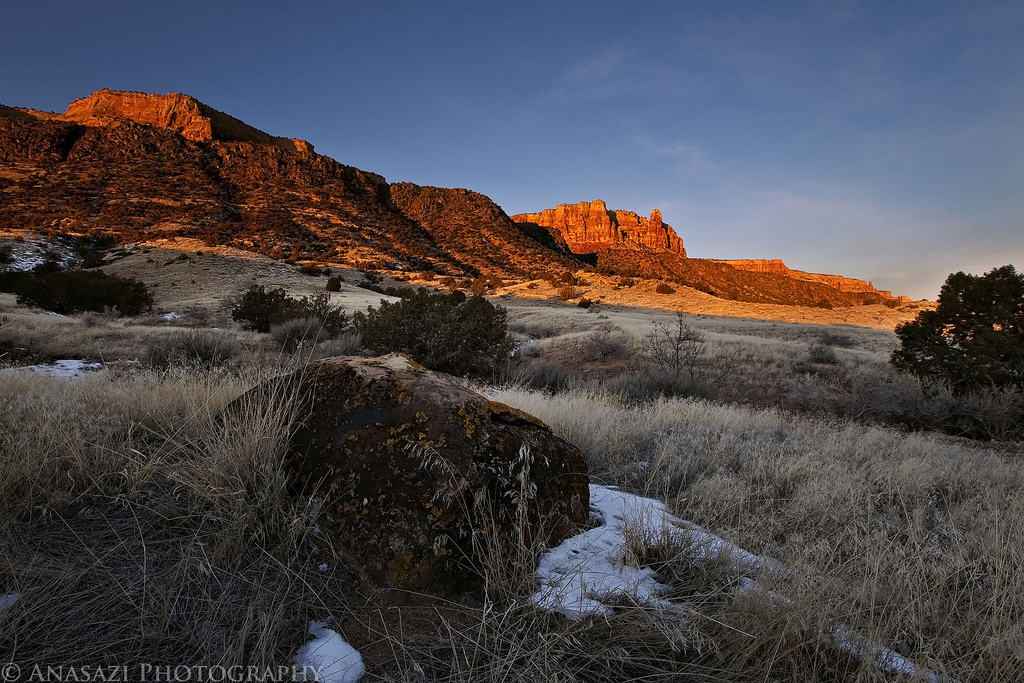 Since I was home this Saturday, I decided to get up early and head over to the Colorado National Monument to catch the sunrise with my camera. I hiked along the lower portion of the Liberty Cap Trail and took a few photos along the way.

The main reason I got up for sunrise was so that I could catch the first light of the day striking the sandstone cliffs of the Monument as the sun came up over the Grand Mesa behind me. 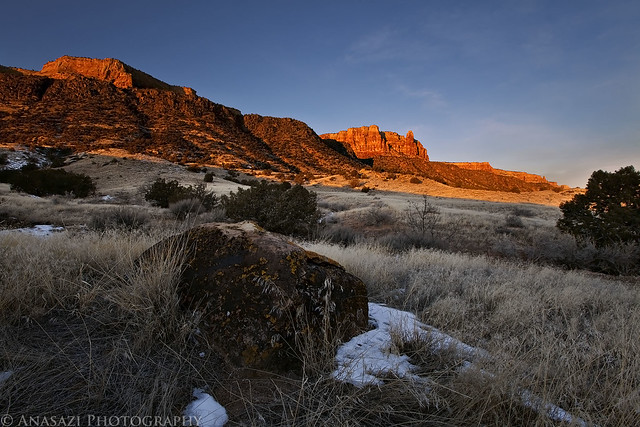 Once the sun was up I stuck around for a few more photos with nice golden light. 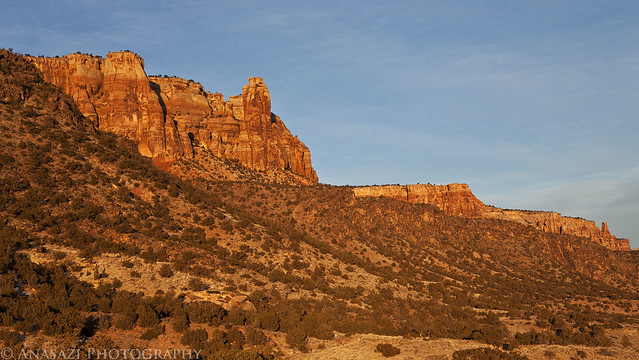 It was a nice surprise to find the moon above the Monument while I was there. 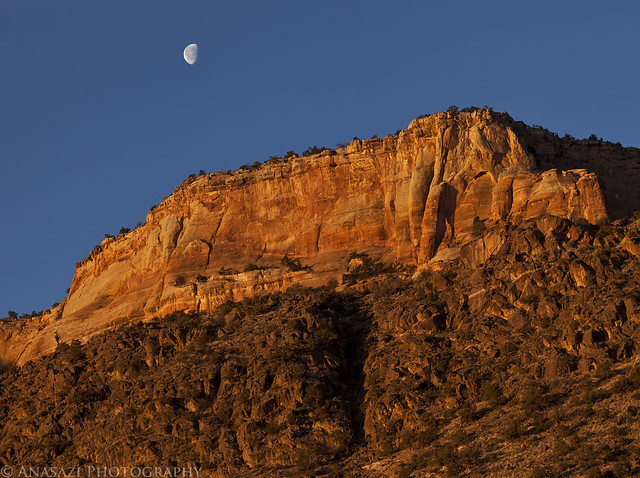 Here’s a closer look at the Waning Gibbous moon high above. 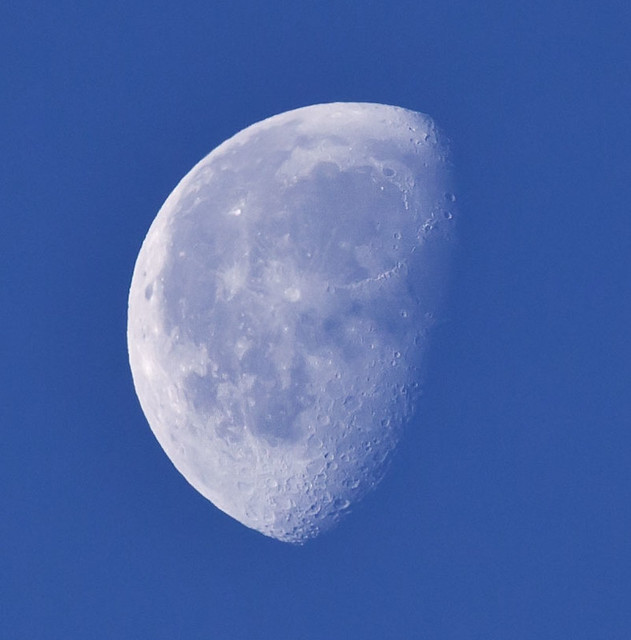 View through the haze across the Grand Valley to the Book Cliffs. 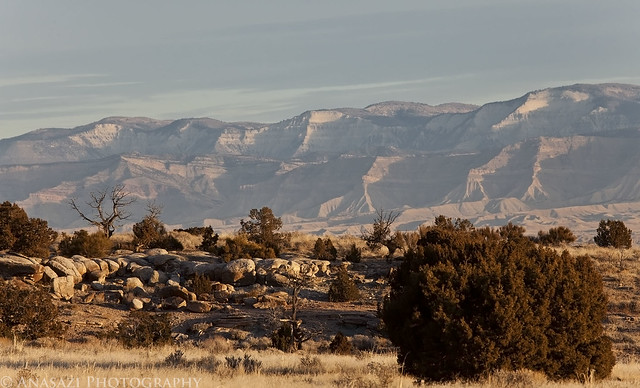 I took this photo of the Liberty Cap Trail sign with the cliffs of the Monument towering behind just before hopping back in my Jeep and driving back home. 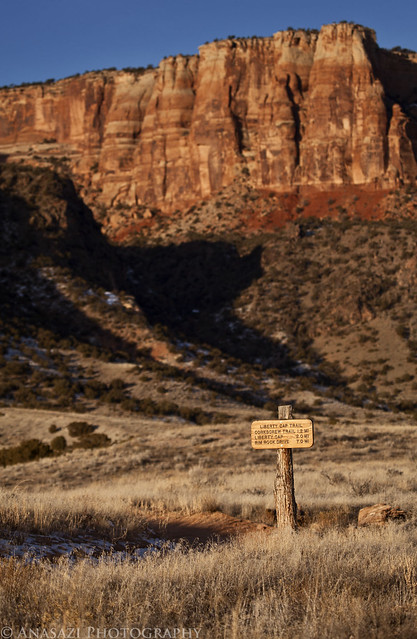