After a rainy Saturday, Diane and I headed up to the Colorado National Monument on Sunday to get in a little hiking close to home. It’s been a few years since I’ve hiked down Ute Canyon so we decided to make that our destination for the day. Since I wanted to hike the whole trail from top to bottom we left my Jeep at the lower trailhead and then drove up to the upper trailhead in Diane’s car. When we dropped off my Jeep at the Wildwood Trailhead we found the parking lot full and had to park along the road. There were a lot of people hiking up to Liberty Cap today and I’m glad we weren’t one of them. We didn’t see anyone else in Ute Canyon all afternoon, which was nice.

Ready to start the descent from Rim Rock Drive. 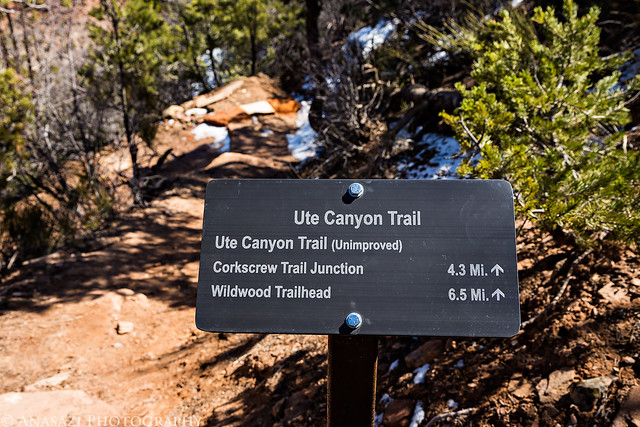 A view up Ute Canyon as we descended the switchbacks from Rim Rock Drive to the bottom of the canyon. There was a little snow, ice and mud left on the upper sections of the trail, but nothing too serious. 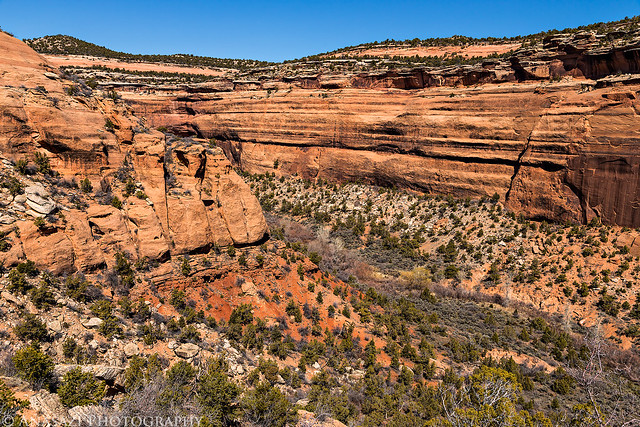 Diane on the trail. 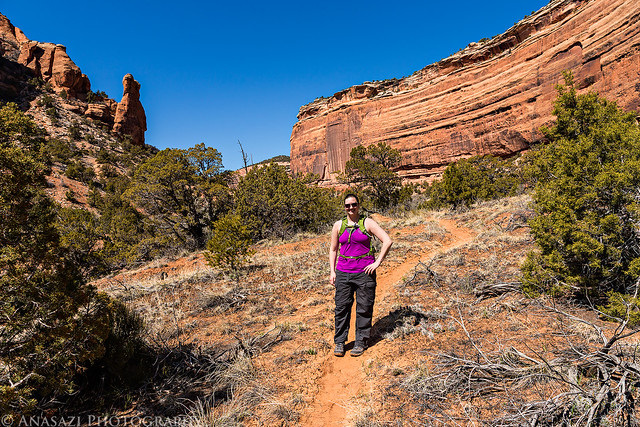 Looking up at a few scattered clouds above the rim of the canyon. 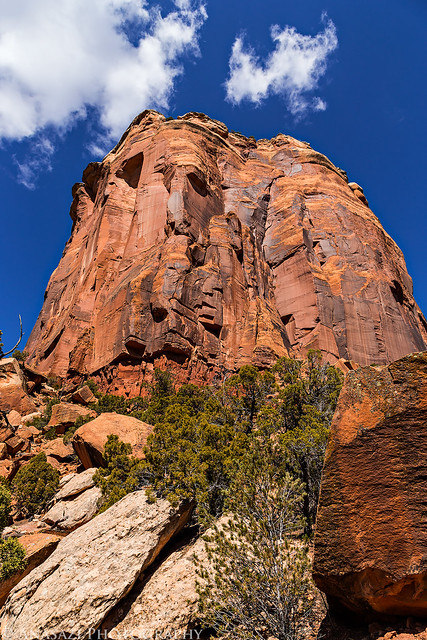 Following the trail through Ute Canyon. 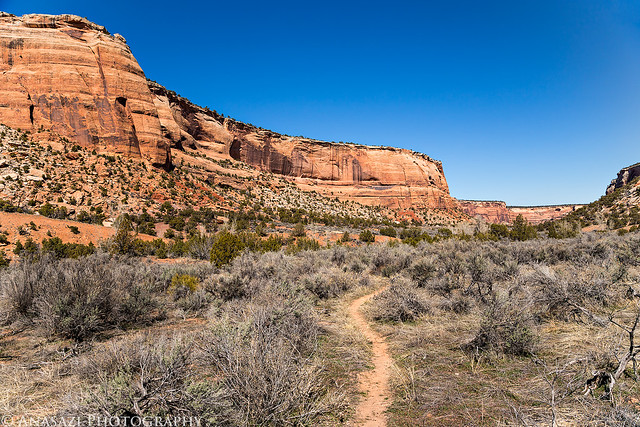 Our first view of Liberty Cap as we reached the mouth of the canyon. If you look closely you can see two people on top of Liberty Cap and a few others next to it checking out the view. 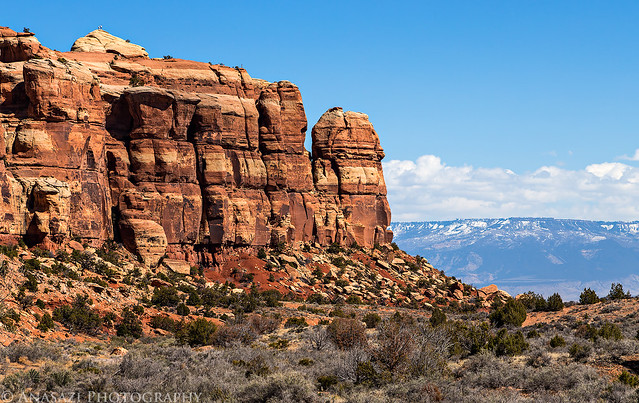 We followed the trail below Liberty Cap and then took the Corkscrew Trail down to my Jeep parked at the Wildwood Trailhead. 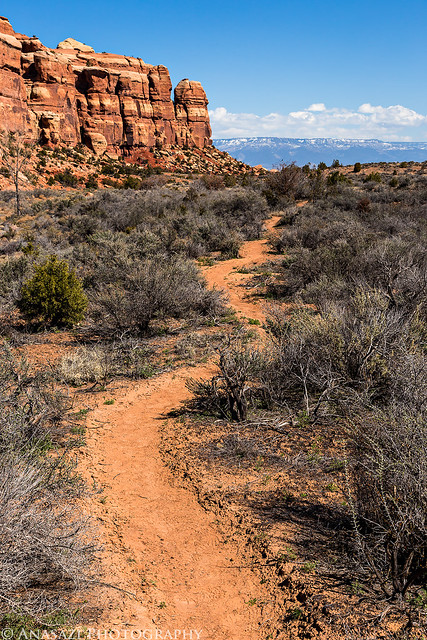